THE FAIR-Papier is one of the largest fairs of its kind in North America. The event is an important driving force in contemporary Canadian art and presents nearly 40 galleries and 300 artists each year. ARCHITECTURE 2015-The exhibition spaces have been concentrated at the perimeter in a mise en scène of both the art works and the city. The different spaces and functions were defined by a simple inexpensive system made of rented post shores, rolls of bond paper and magnets. Allowing for multiples modulations and subdivisions of the spaces while maintaining the perception of the vast open spaces where desired. The strips of paper were directly inspired by the theme of the fair and the horizontality echoes the window strips that are present on the building perimeter. A single traffic loop runs along the perimeter of the floors, reserving the centre for services and storage, making orientation simple and fluid. Red carpets lead to vertical circulations. This scheme allows you to enjoy the breathtaking views of the city, which interact with the works throughout the visit. ARCHITECTURE 2017-The minimal aesthetic chosen for the 2017 edition focuses visitors’ attention on the works presented, but also on the architectural treatment of the details of the kiosks and divider panels. Inspired by the theme of the event, paper as a medium, and the technical and formal properties of this material, the concept transforms the reading of the white surfaces of the layout into sheets of paper that fold and bend to create all the spaces. The forming is carried out in particular with curves and protuberances built with masonite panels and cardboard formwork cylinders for concrete. Shaping takes advantage of the characteristics of paper, which is flexible and fragile but becomes relatively strong and structural when curved or folded. 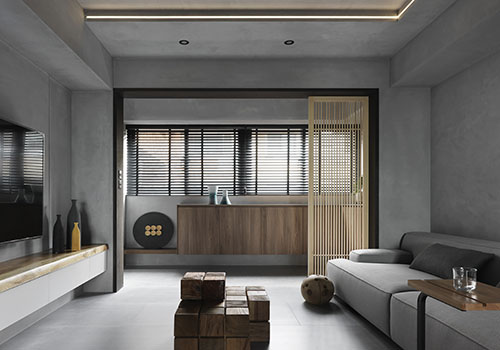 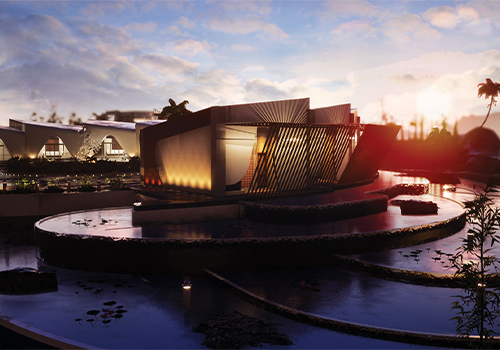 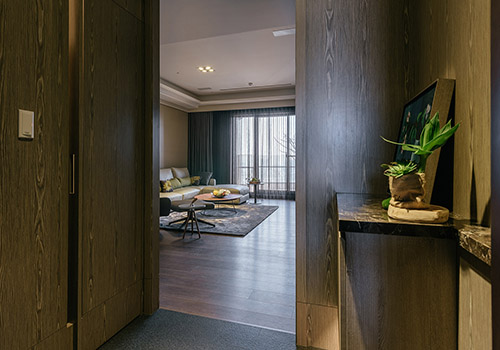