The project is a show flat of an upscale residential development named Greentown • Magnificent Residence in Hangzhou, China. Drawing on the fascinating scenery and profound culture of the city and adjoining a 300,000 square-meter urban complex, the development boasts a prosperous surrounding environment and a serene interior atmosphere. The design team was entrusted to conceive the show flat. Through adopting a natural design approach and combining simple, elegant tones with exquisite decorations, the design team created a serene and peaceful living space. The interior decoration design extends bezel-less elements of the building facade. Every line and every plane within the space are depicted in a careful and reasonable manner, either set at staggering heights or intersecting each other. Materials of different textures and hues integrate yet contrast with each other, thereby enriching visual effects and enhancing the sense of layering in the space. The living & dining area is set at the center of the space. The designers brought in several grille-like partitions, which separate different functional areas while also ensuring openness and transparency of the space to some extent. Flexible layout and comfortable scale help strengthen the interaction among family members, and at the same time create appropriate living scenes for daily activities. The space is interspersed with artworks and greenery, which together inject aesthetics and vitality into the space whilst evoking the dialogue between dwellers and the space and enhancing the living quality. In general, the design returns to the essence of life, cares about people's inner needs and carries the dwellers' expectations of life. Warm, simplistic yet exquisite scenes evoke emotions, enliven the space and eventually generate an intimate home. 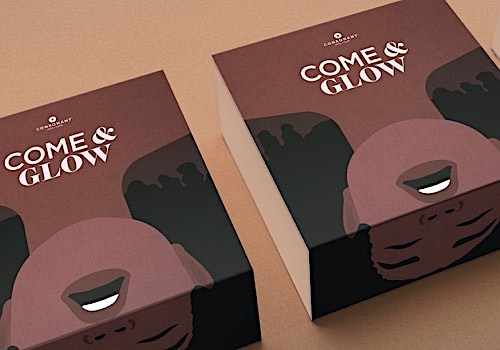 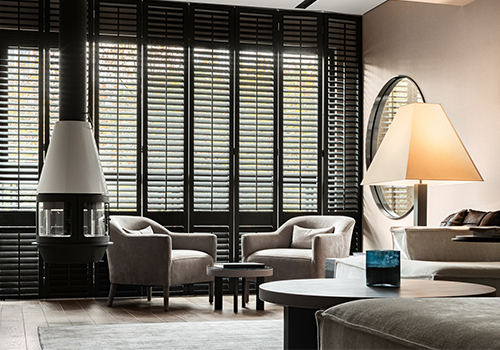 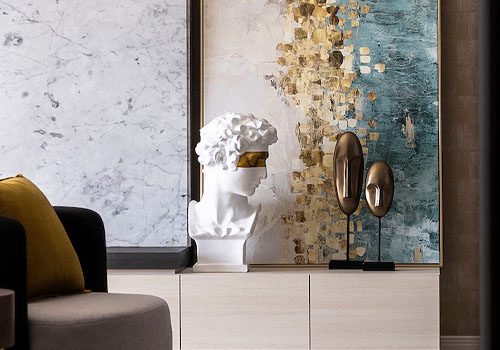 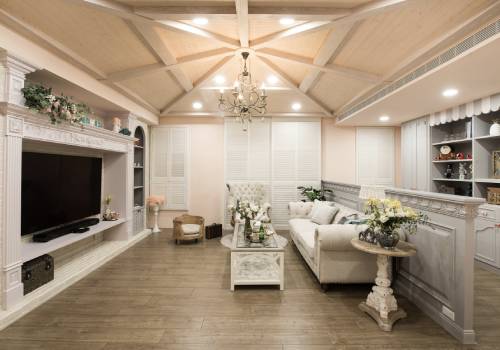