"The Eclipse" by Luly Yang

The sun and moon rarely meet, always chasing each other, but once their bodies finally unite, the whole world stares in awe of their eclipse. Inspired by these two celestial beings and their relationship with the Earth, the “Eclipse” collection draws inspiration from the mysterious unknown of the cosmos and the opposing components of hot and cold, night and day, and earth and sky. The collection is composed in 3 parts: Solar, Lunar, and Galaxy The fiery heart of the sun is captured in the “Solar” set, bold with rich hues, metallic lava jacquard prints reminiscent of whipping solar flares, and an effervescent fiery gown emblematic of the sun’s grandeur cascading with shades of fiery tulle. In stark contrast to the solar set, “Lunar” introduced the hard coldness of the cratered moon with digital prints of its shadowed surface, strong angular lines are mixed with textured sequin palettes like bits of floating metal. The “Galaxy” is represented in iridescent sparkling sequins like an infinite display of cosmic bodies deep in space. The magnetic tension of the sun, moon, and Earth align with the Eclipse finale gown encompassing the dichotomy of the concept of opposition captured in the collection. Its galactic textured sequins sit beneath the fluid draping of a deep smooth black liquid like surface while a sheet of metal lay atop a soft cloud of tulle. 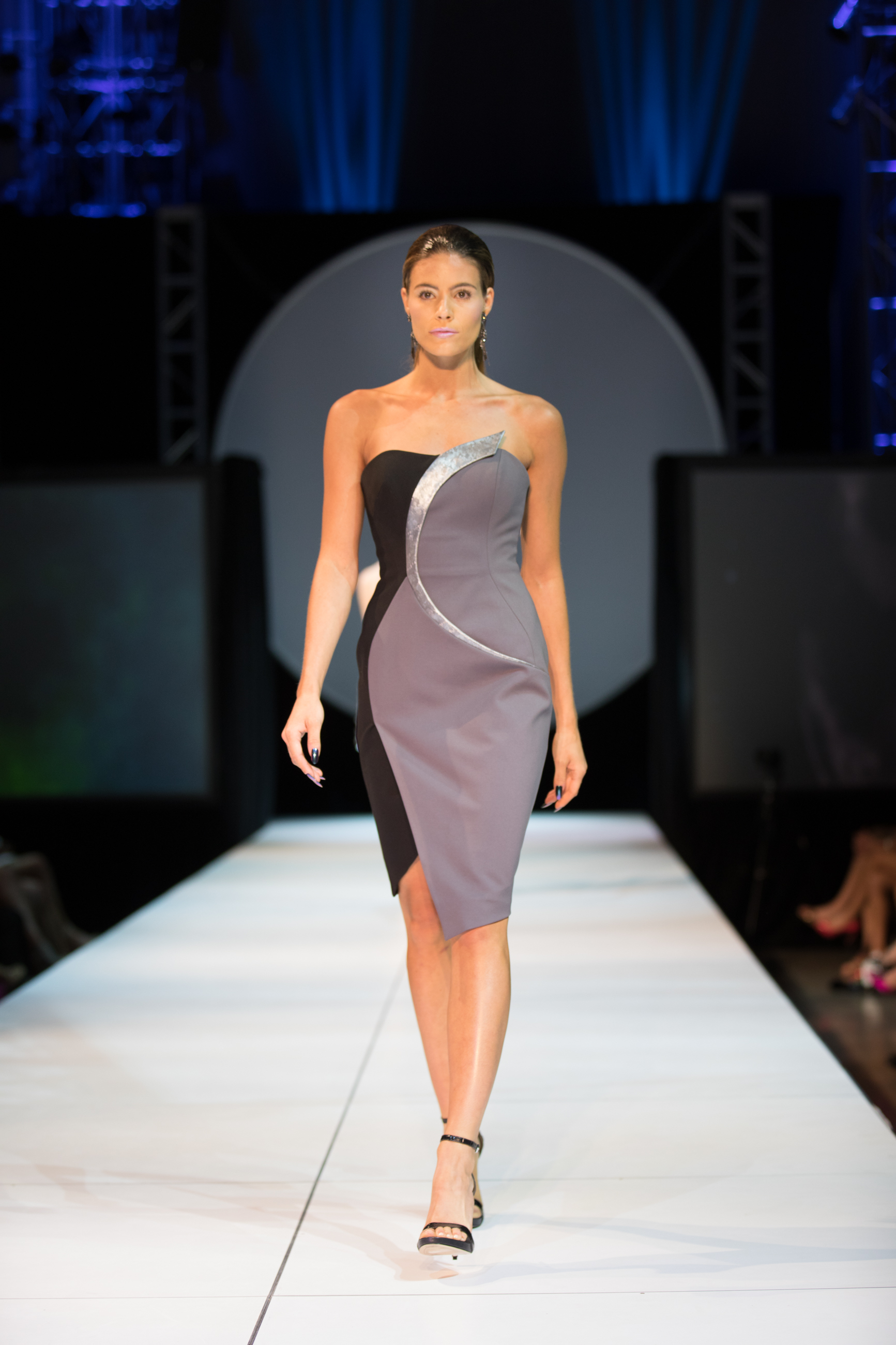 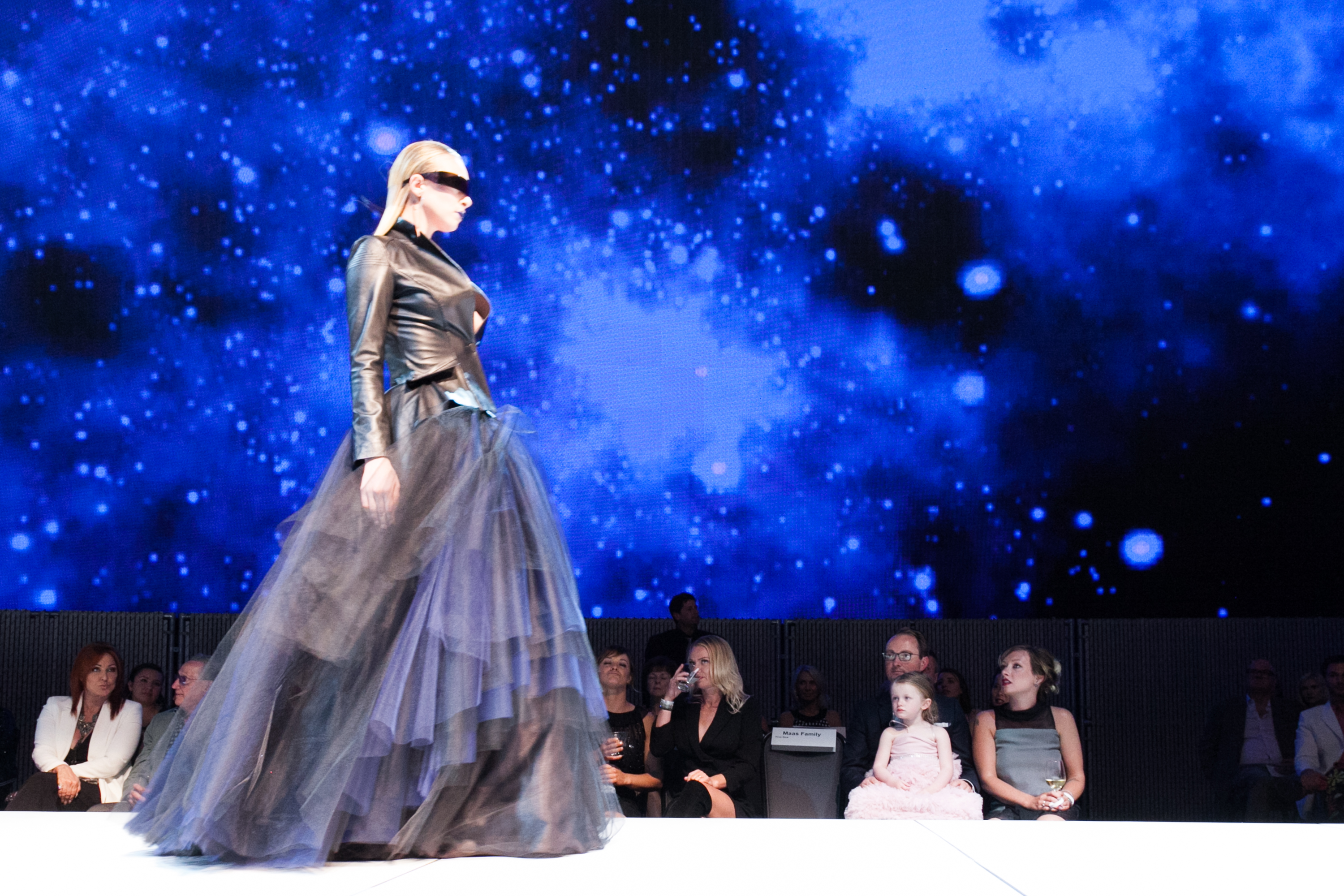 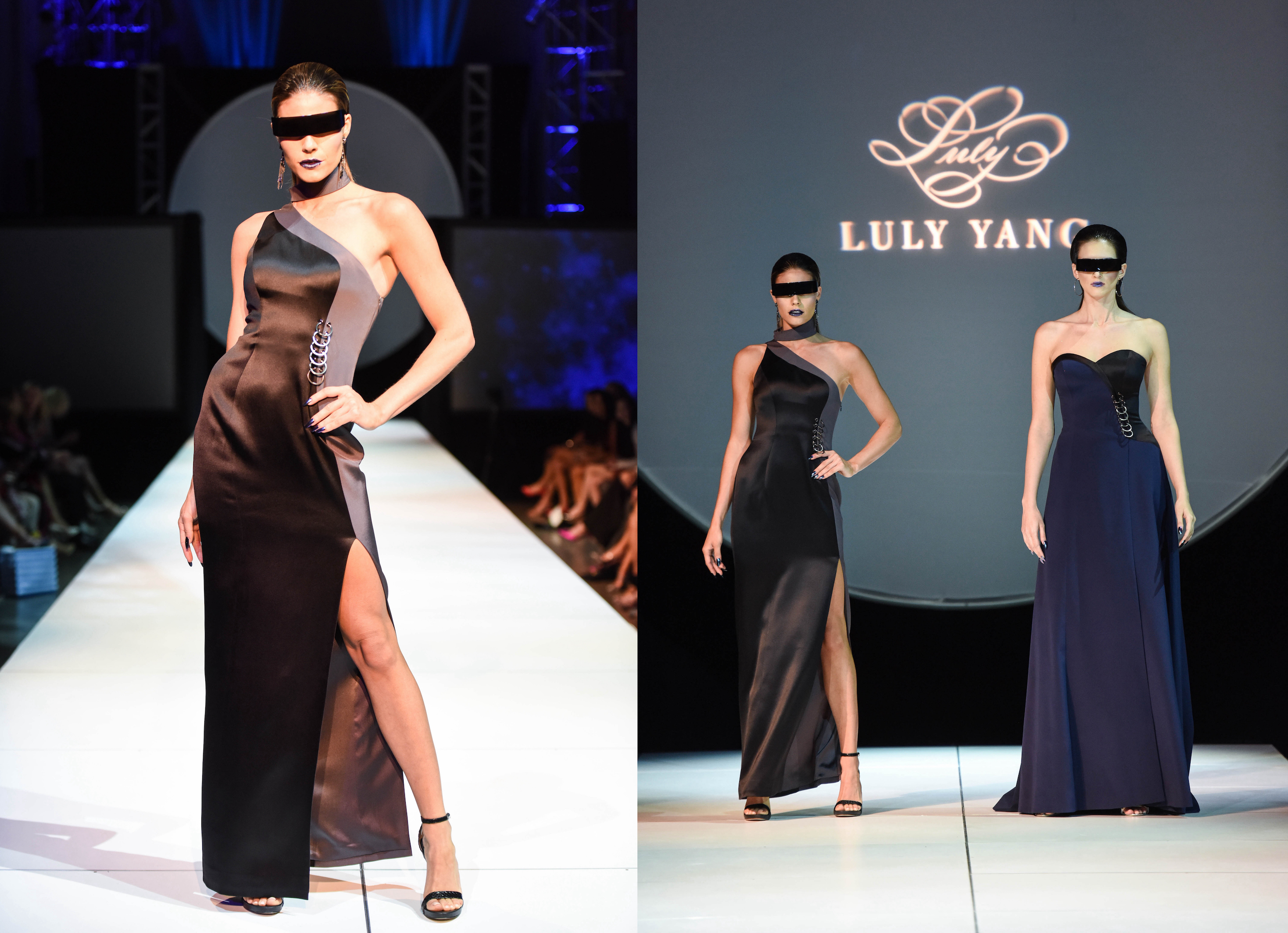 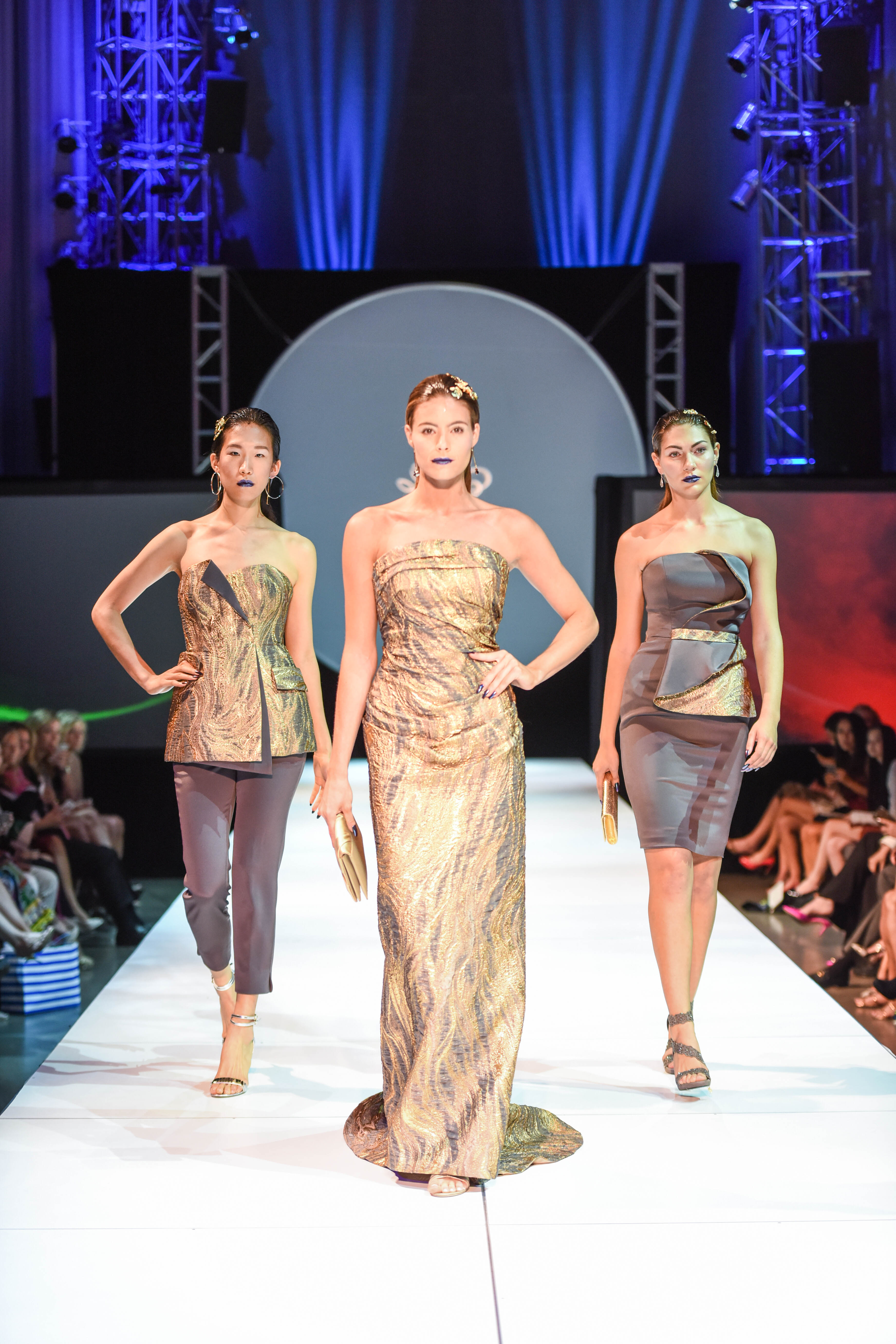 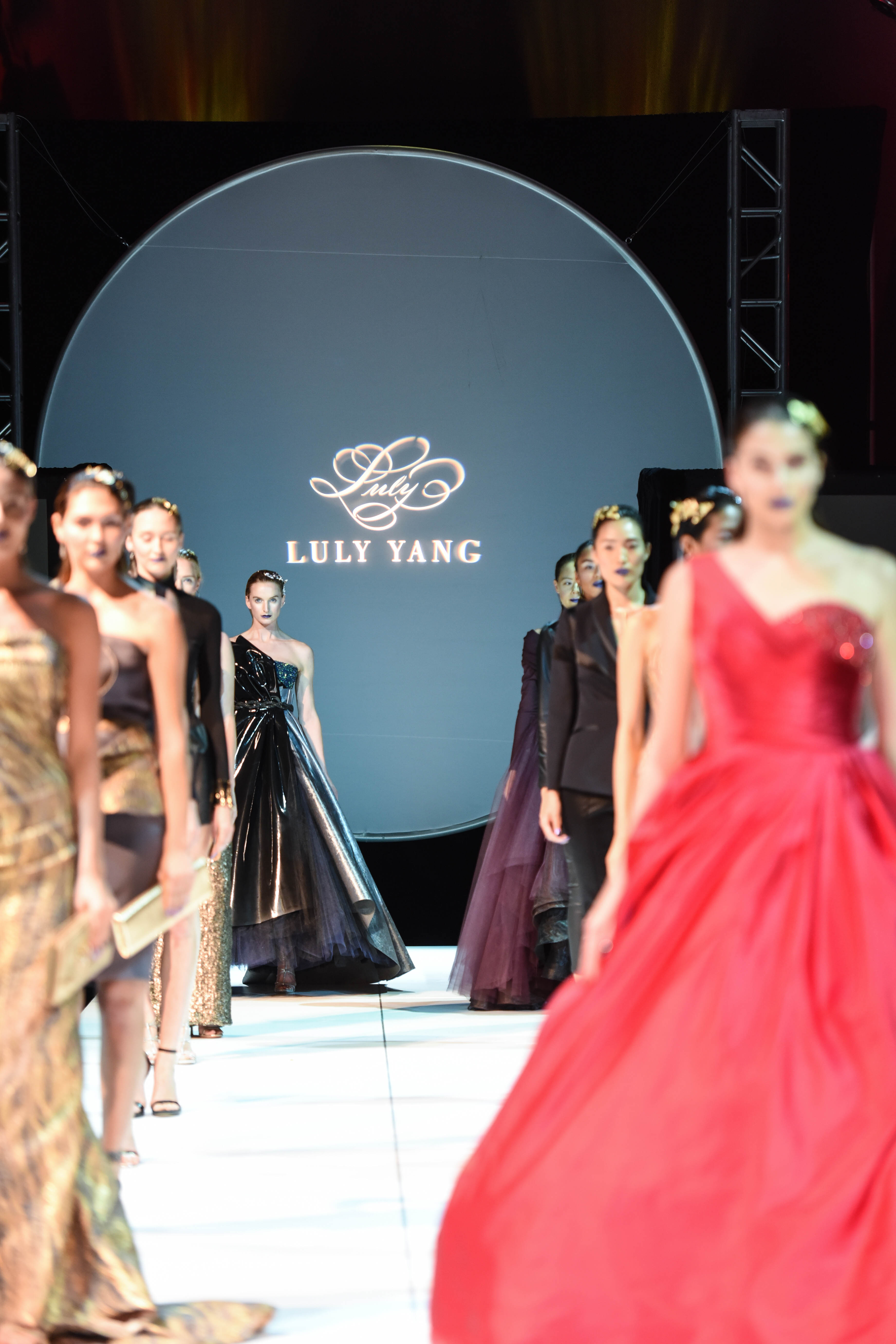 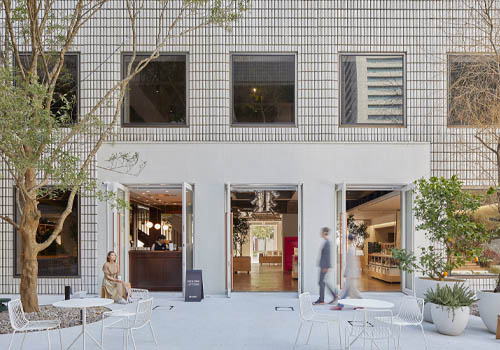 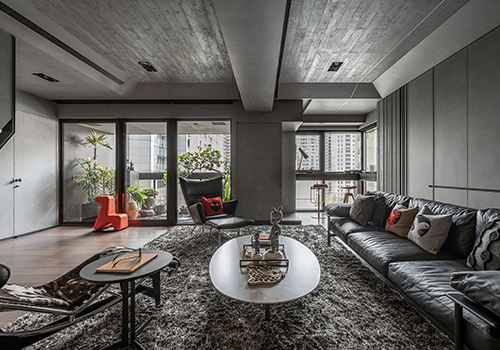 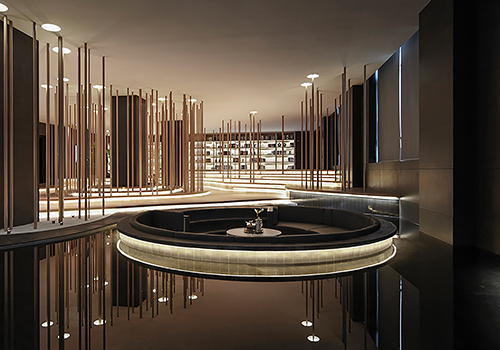 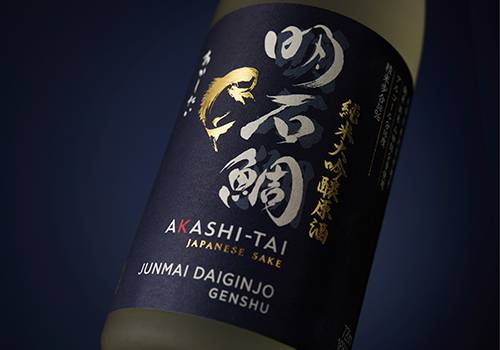