This project is located in Rongqiao Bund, Fuzhou, Fujian Province, China. The design inspiration comes from French neoclassical painter Jean-Auguste-Dominique Ingres' art work The Source, and the interior style is modern French. The Source was begun in Florence around 1820 and not completed until 1856, in Paris. The painting used soft and changeable colors and soft curves to show the classical beauty of female human body. Young woman held a pottery pot and poured out the water slowly. Her slightly bent knees and muscle curves created an elegant image. The project takes the meaning of French elegance and vulgarity to reinterpret the interior design. The most iconic design of this project is that the metal line of the background wall behind the living room sofa and the two golden lights of the TV background wall echo the "three streams" of water from the pottery pot in The Source. They increase the sense of longitudinal extension of the space. The metal line of the background wall behind the sofa extends to the round light of the ceiling. The mirror's radial pattern glitters silver against a gold background. The linear light strip on the TV background wall is wrapped by two golden tubes. At the end of the tubes are Rococo style stigmas. These tubes are inlaid in the modern cabinet to form two invisible columns. Meanwhile, they retain the spiritual connotation and simplifies the spatial volume. In the whole spatial design, the modern cabinet, gilded lines and elegant Rococo decoration complement each other, supplemented by Art Deco elements, telling the owner's material and spiritual wealth. 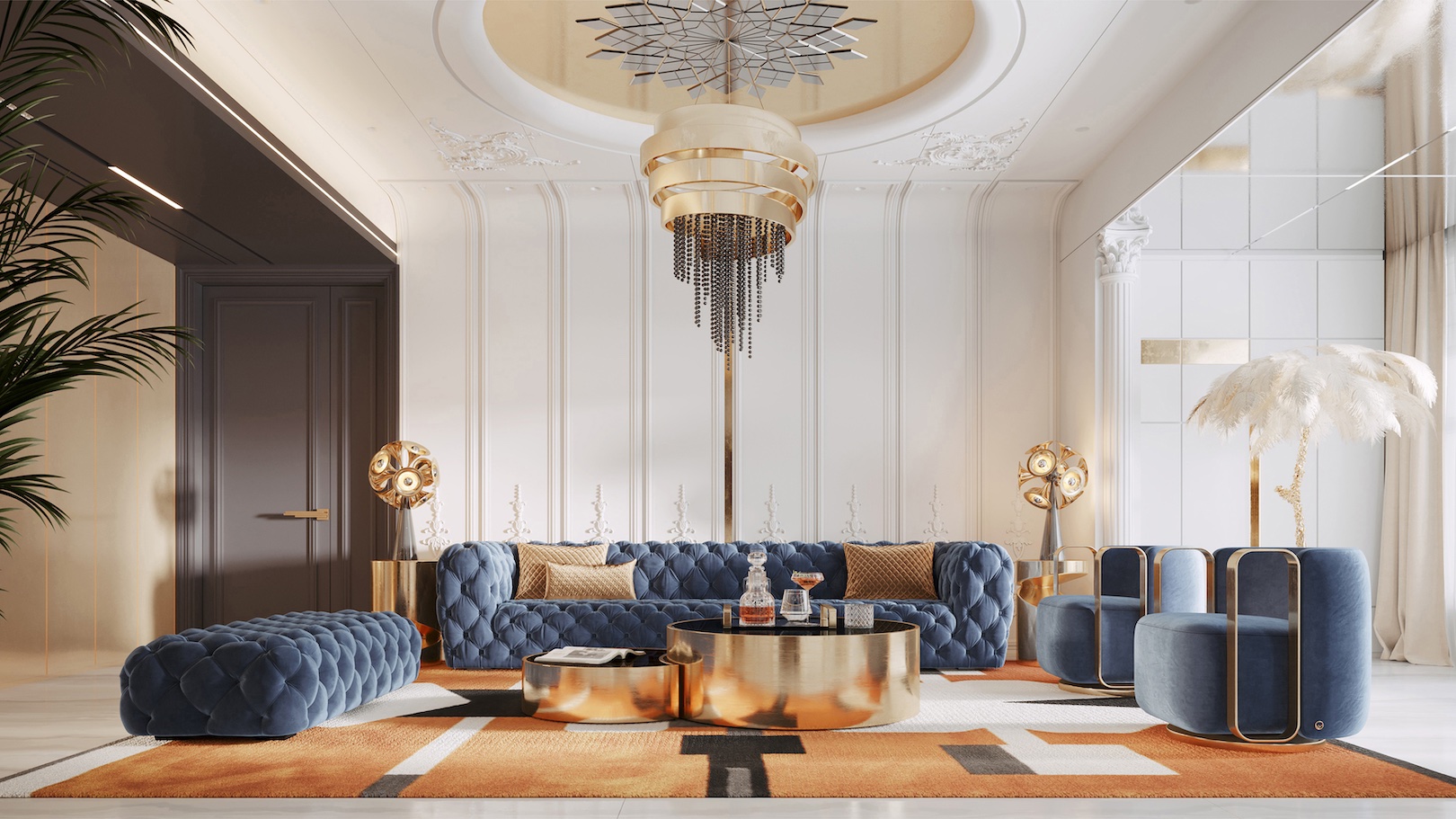 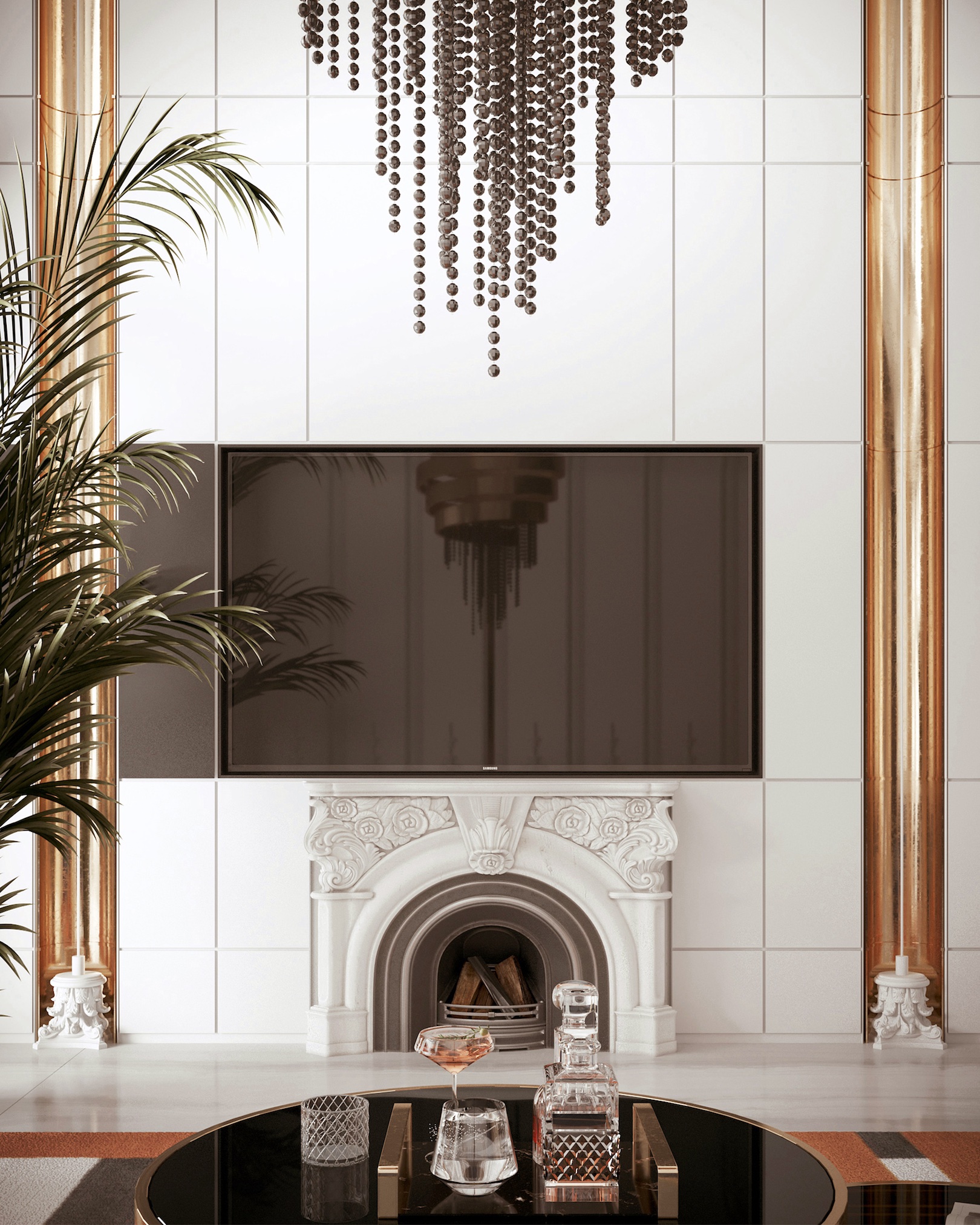 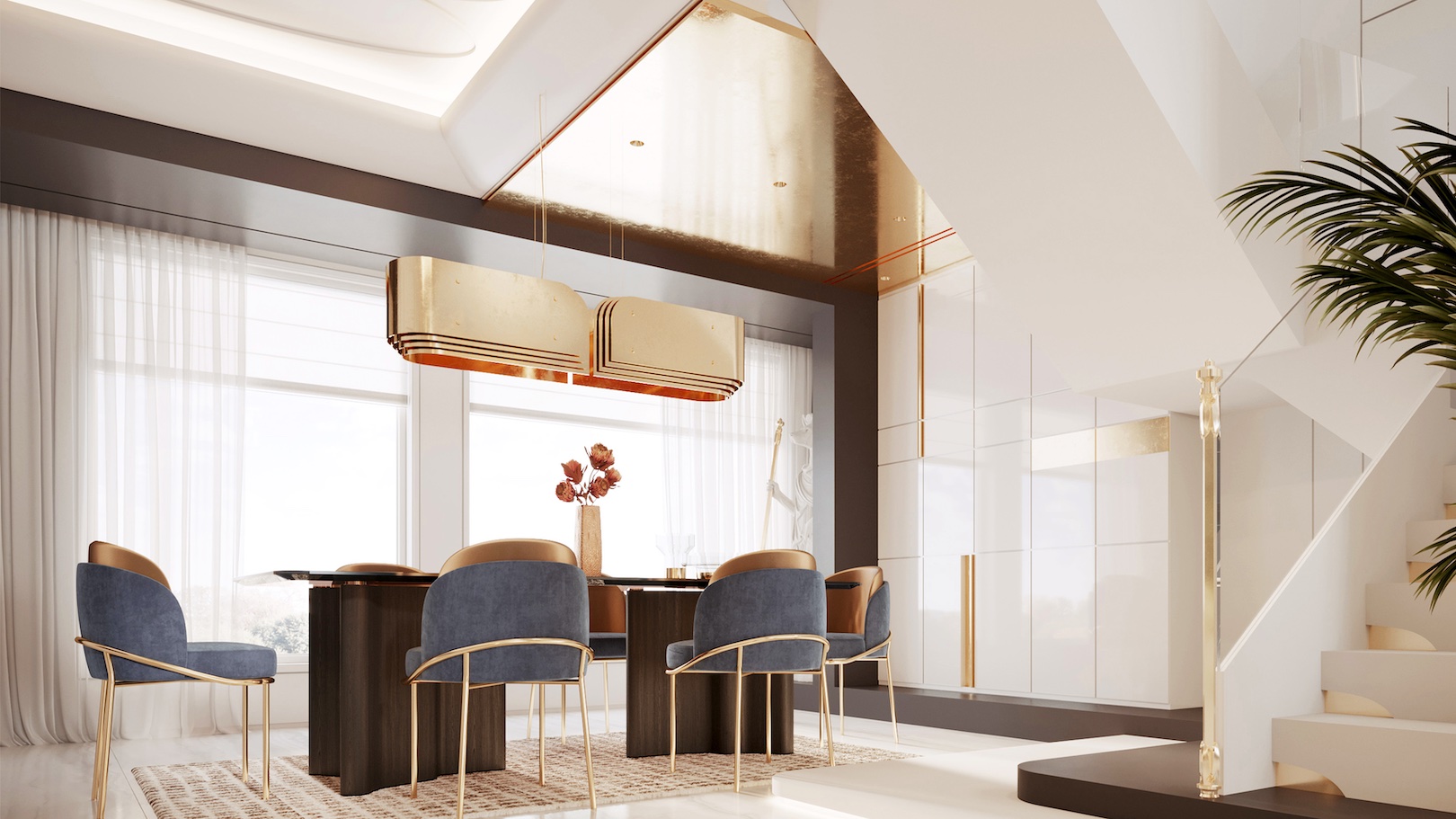 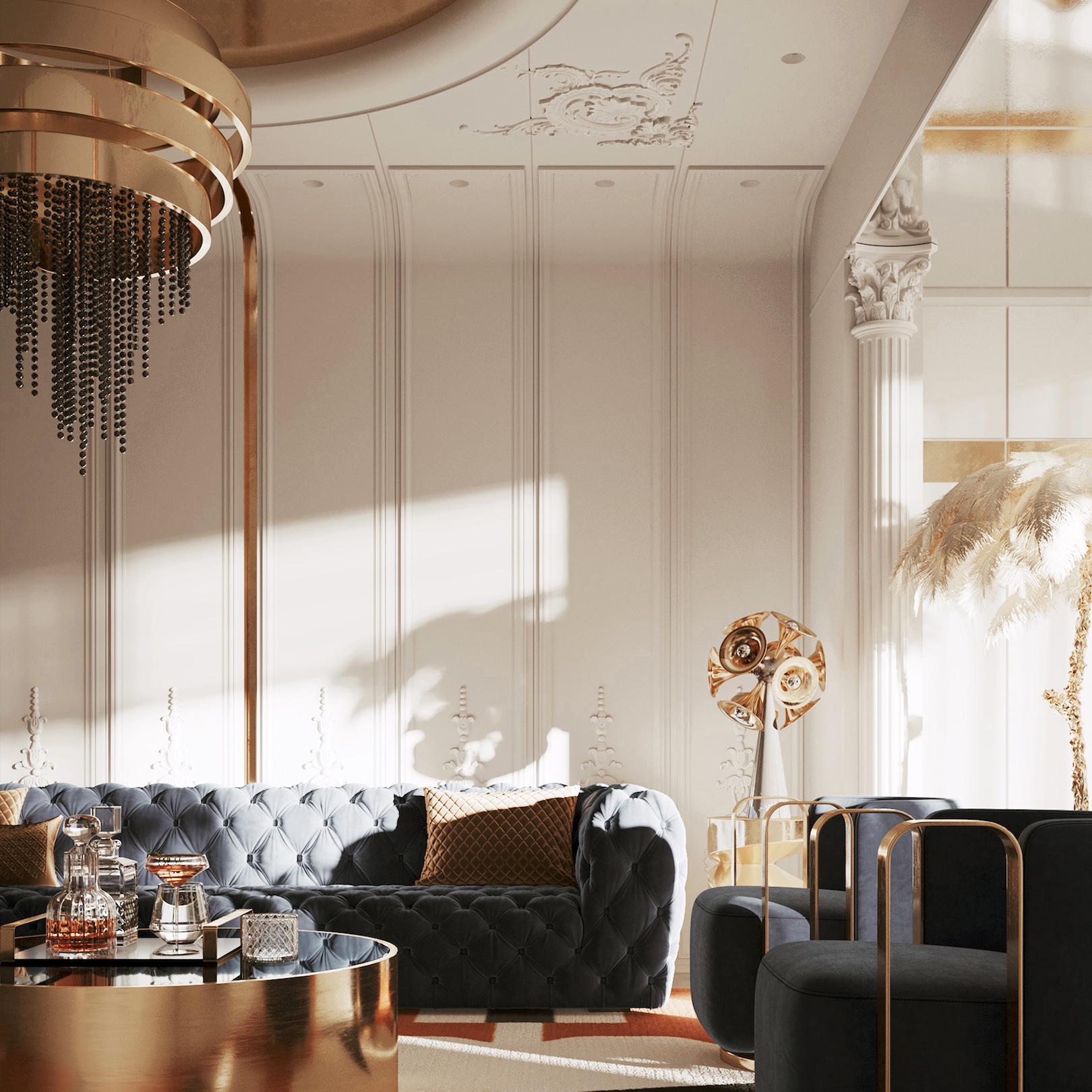 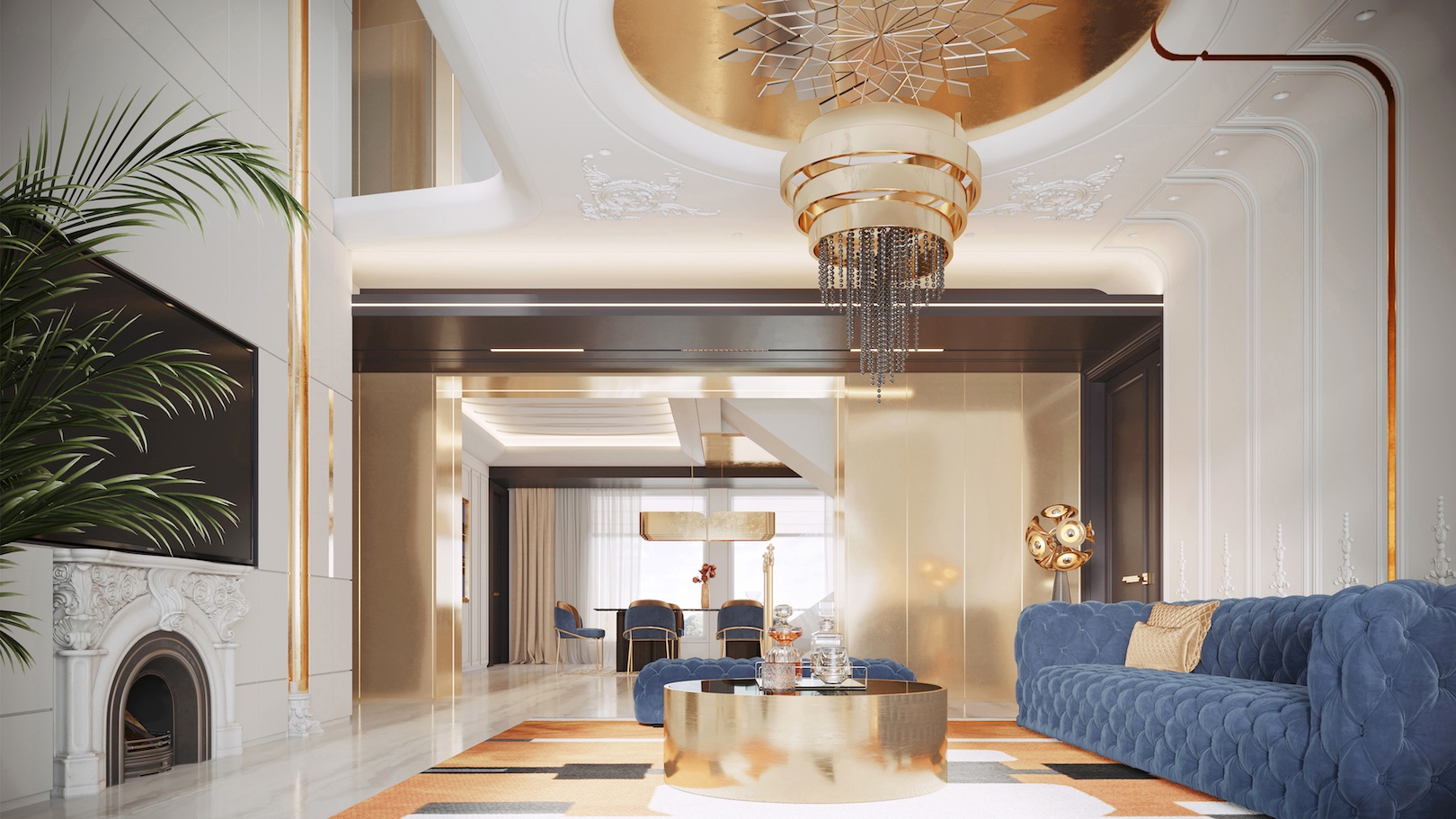 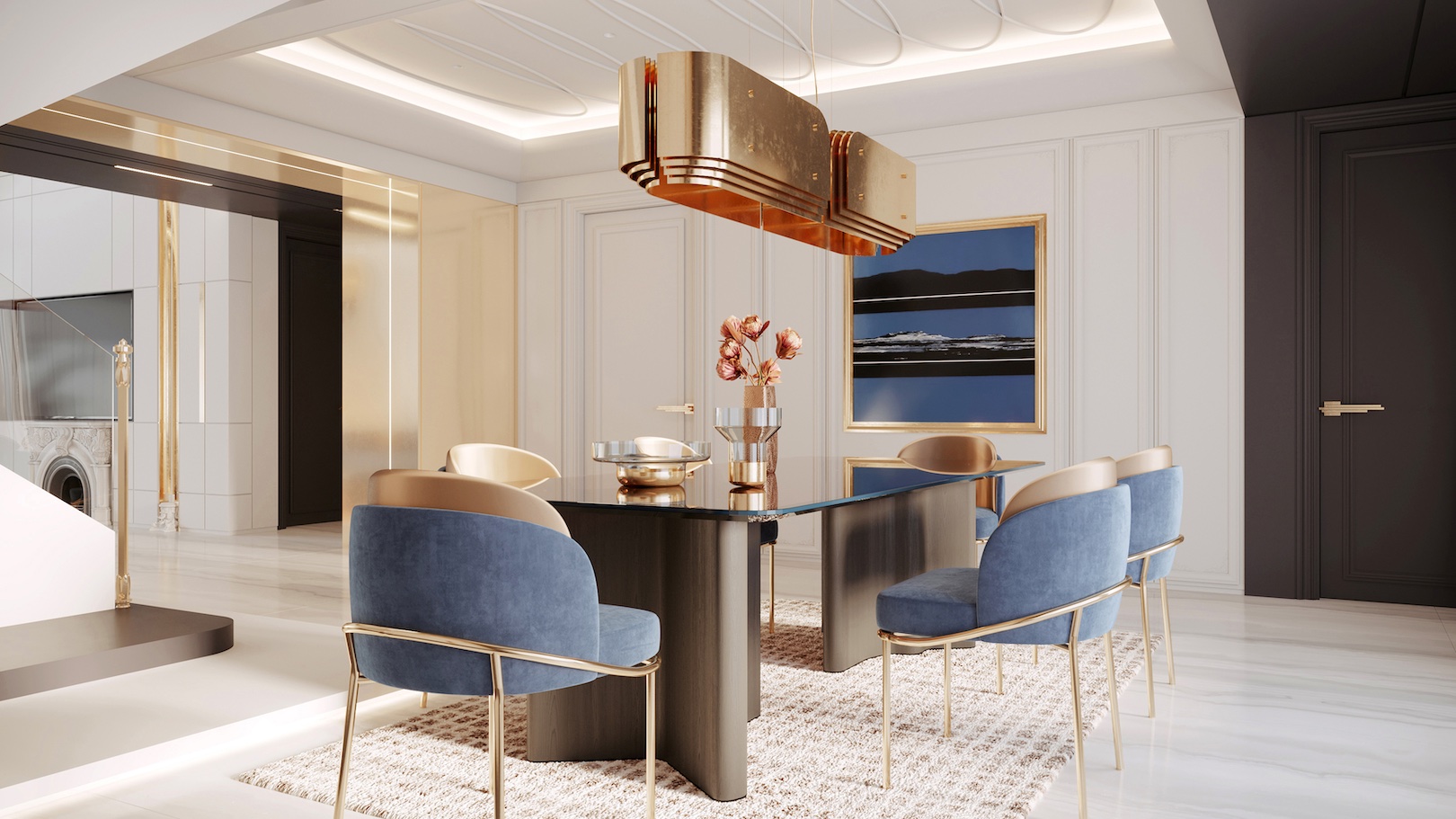 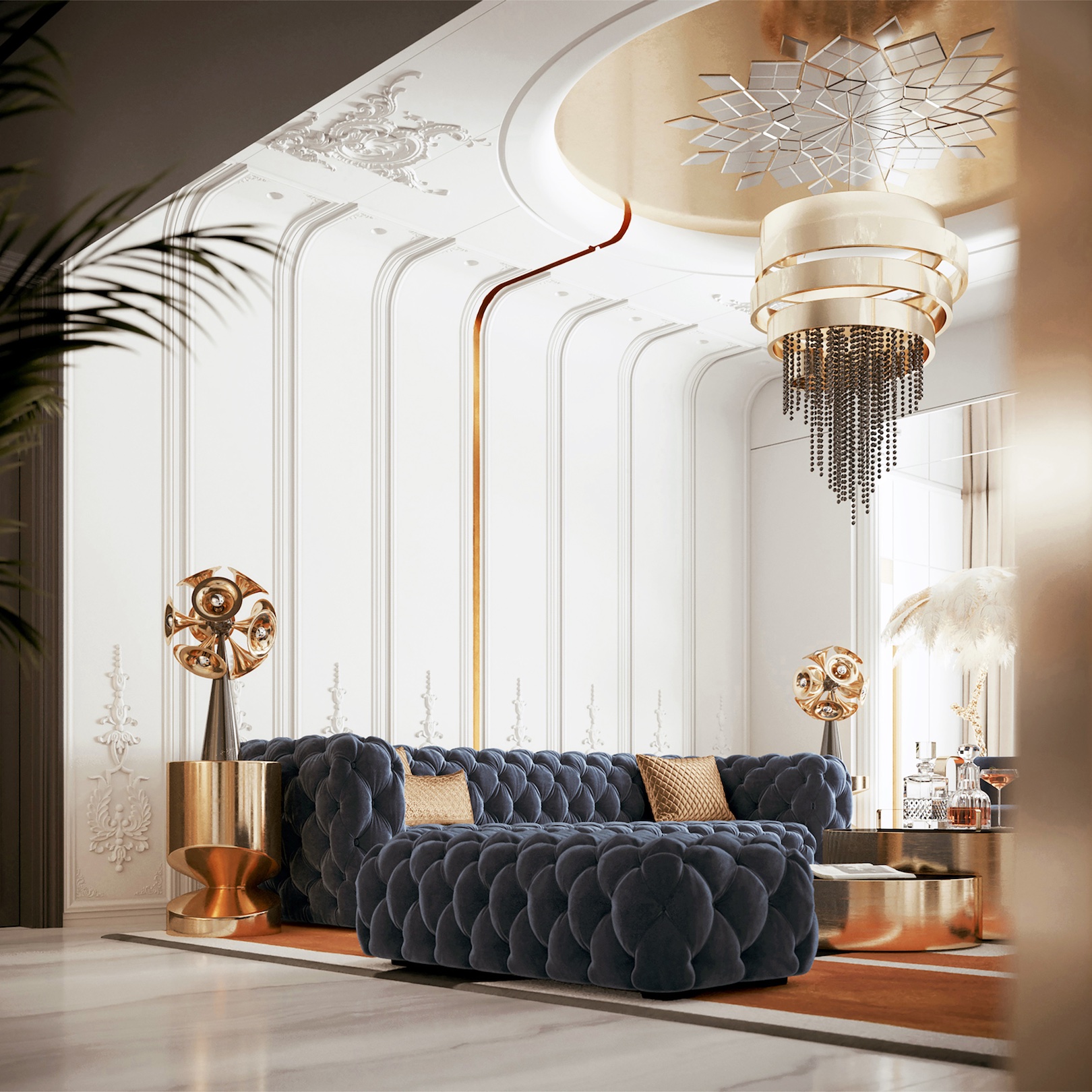 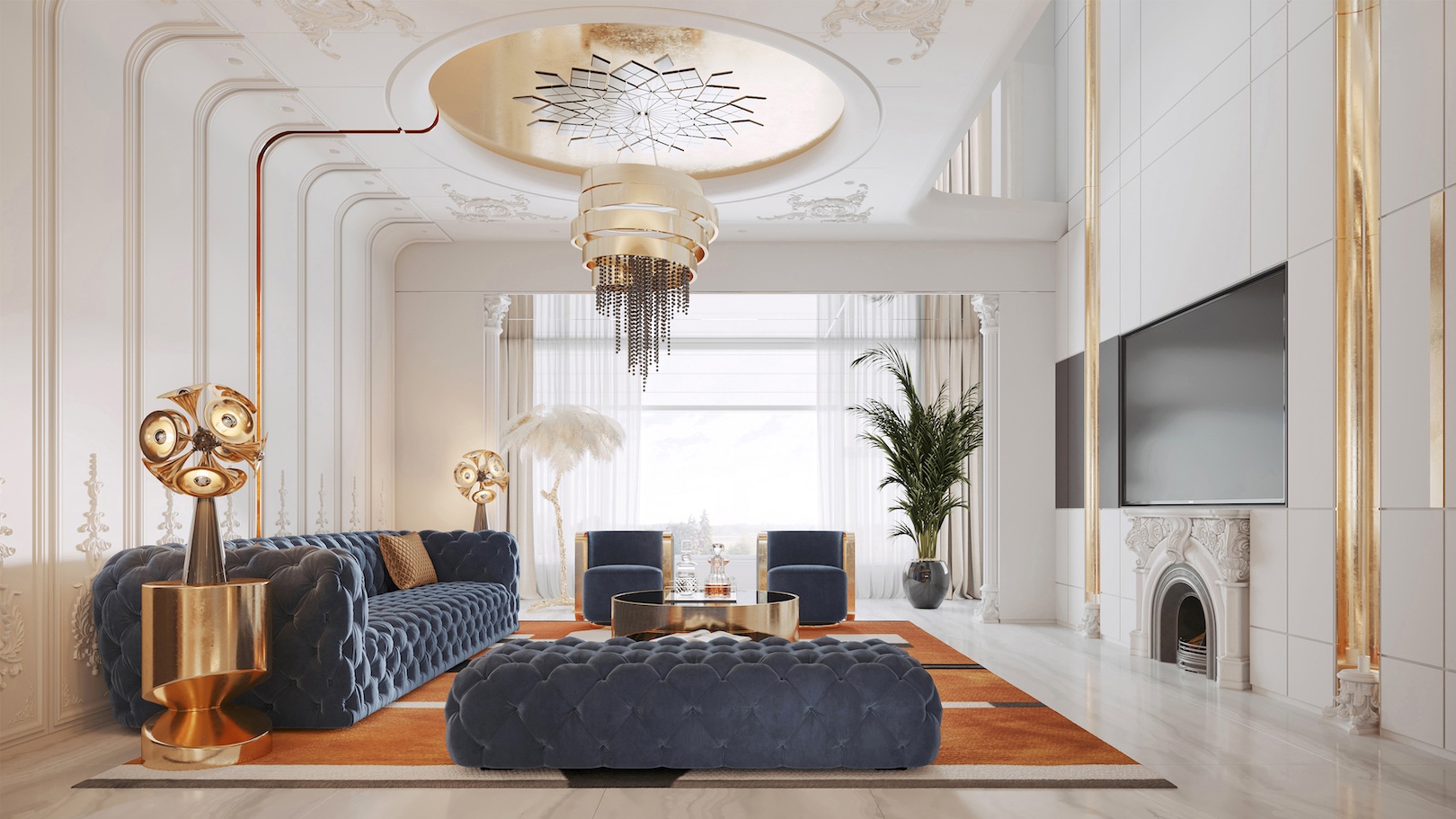 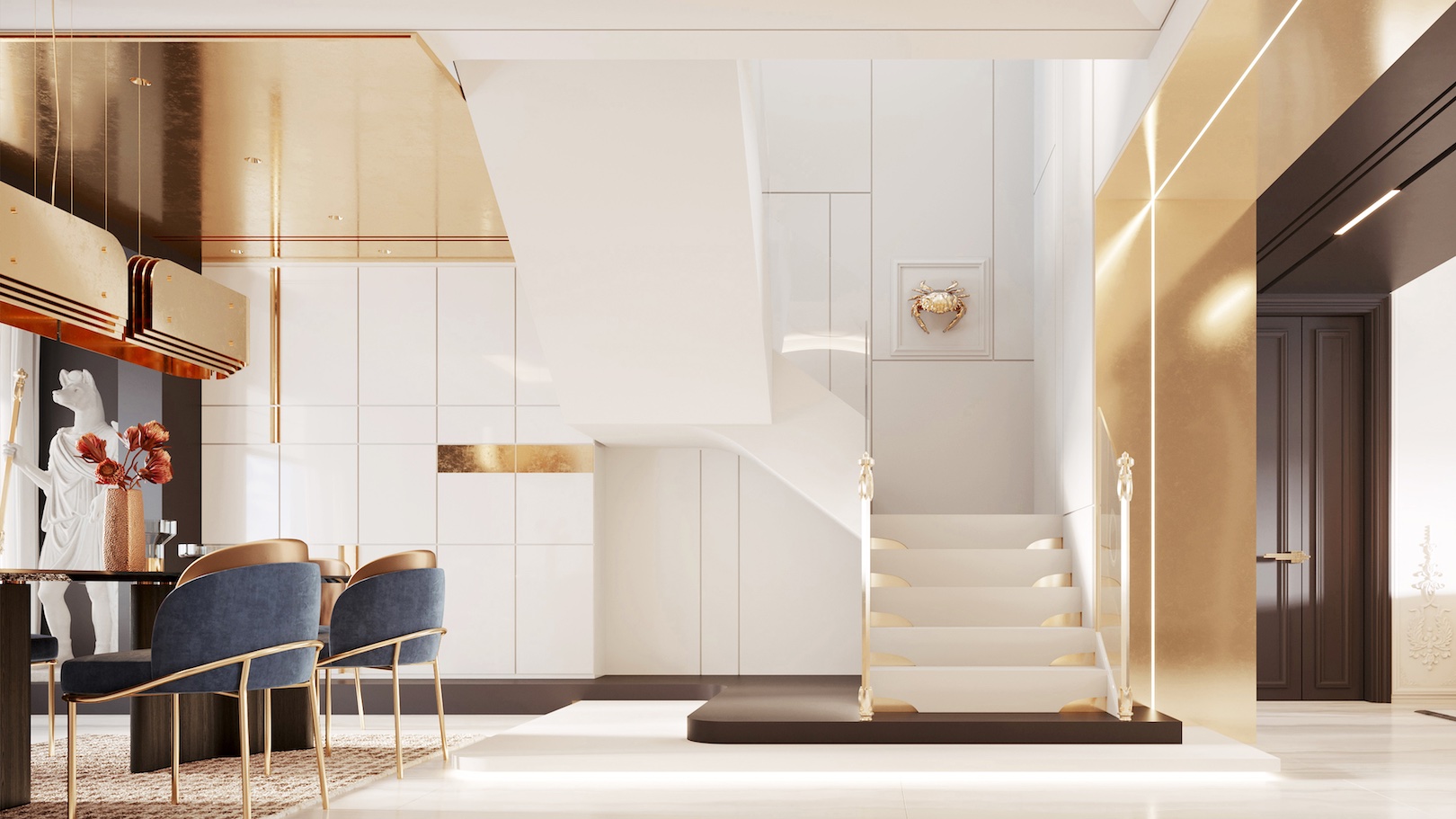 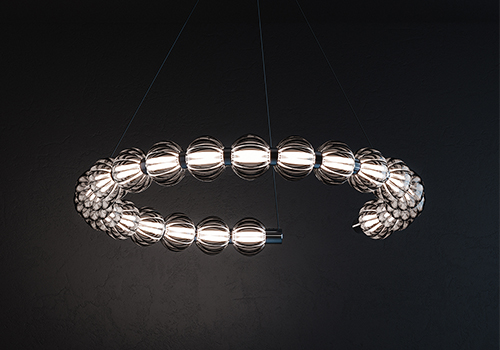 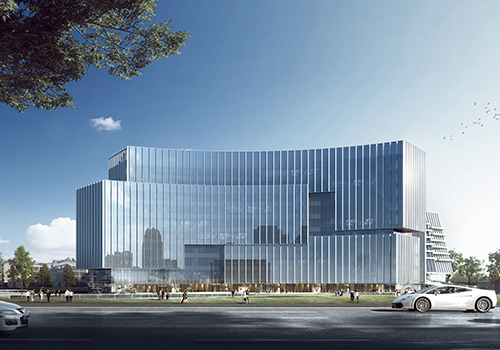 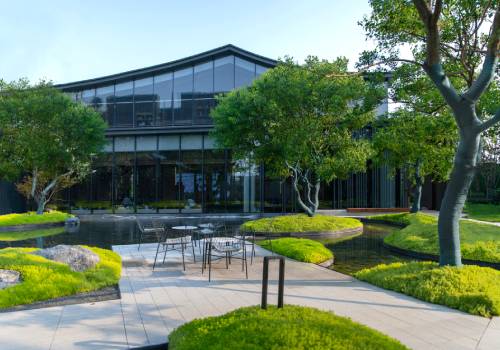 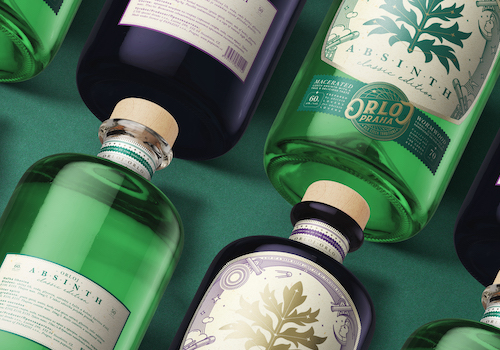