The project is located in Yingwanzhen, Changsha, which is one of the city's largest subway stations. It connects the east and west part of Changsha. It's at the entrance of the west, and it's the gateway of the university area and the Yuelu mountain district, where students, tourists and office workers travel around. The project is built in a 2,000-square-meter transfer hall space, using architectural art and digital media to create a creative art space for passengers. The main body of this art space is composed of 6 large steel structures with aluminum panels, combined with high-definition LED screens and dynamic images, turning the originally boring subway space into an art space full of technological sense. The project has been widely reported by the media and well received by the citizens since its launch. It has become a public art event in Changsha and a new attempt to the art design of subway space. This is a fusion of space art and digital art. Subvert the empty transportation transfer space that people are used to, and the traditional static mural-based subway station design form, making the subway space full of modernity and artistic flavor. This change is based on a breakthrough in the traditional style of subway station. Frame-shape installations of different sizes are placed in the transfer space, giving the subway station a brand-new feeling. And high-definition dynamic images surround the viewer from different directions, forming an immersive experience. The content of exhibitions can also be updated conveniently, and various public welfare content can be played. The first video is composed of three clips showing Changsha's urban culture, and the content can be updated continuously in the future. The design boldly breaks through people's inherent understanding and imagination of public transportation space and public art space. And it develops the public value and artistic cultural value of this fully potential space. After the opening of the Subway Art Museum, it has received a lot of recognition and encouragement from passengers; it has also received a lot of domestic and foreign media reports. 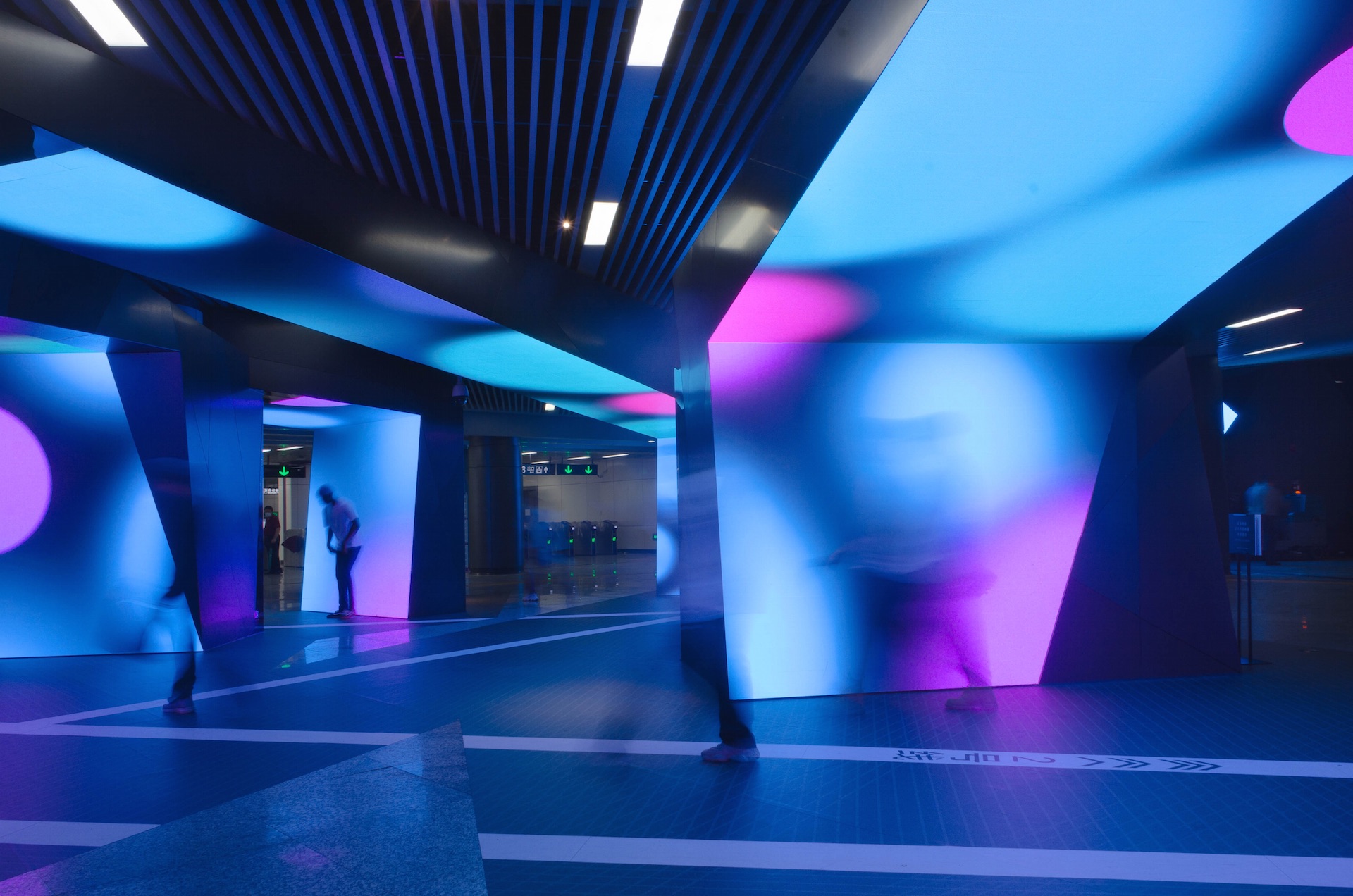 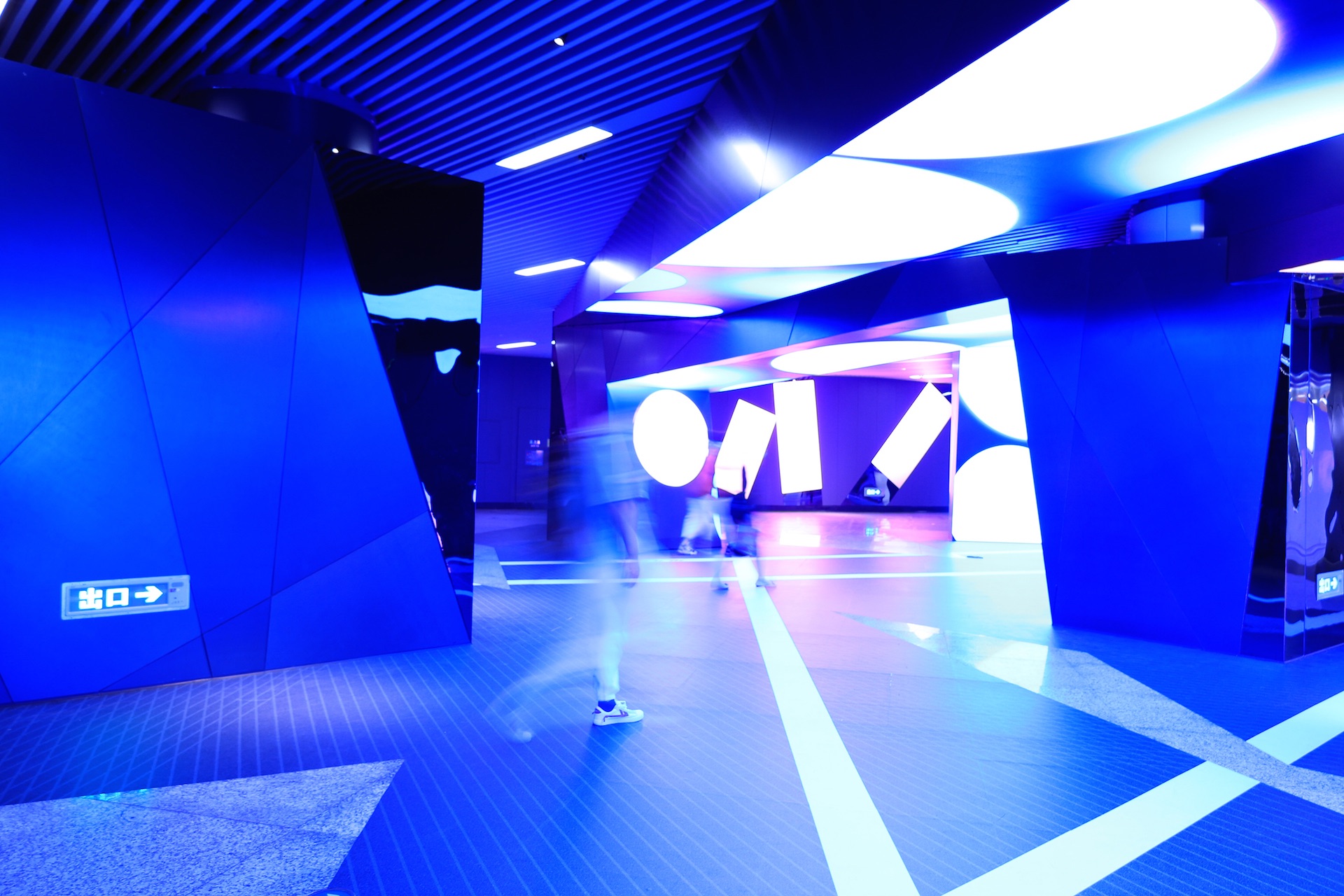 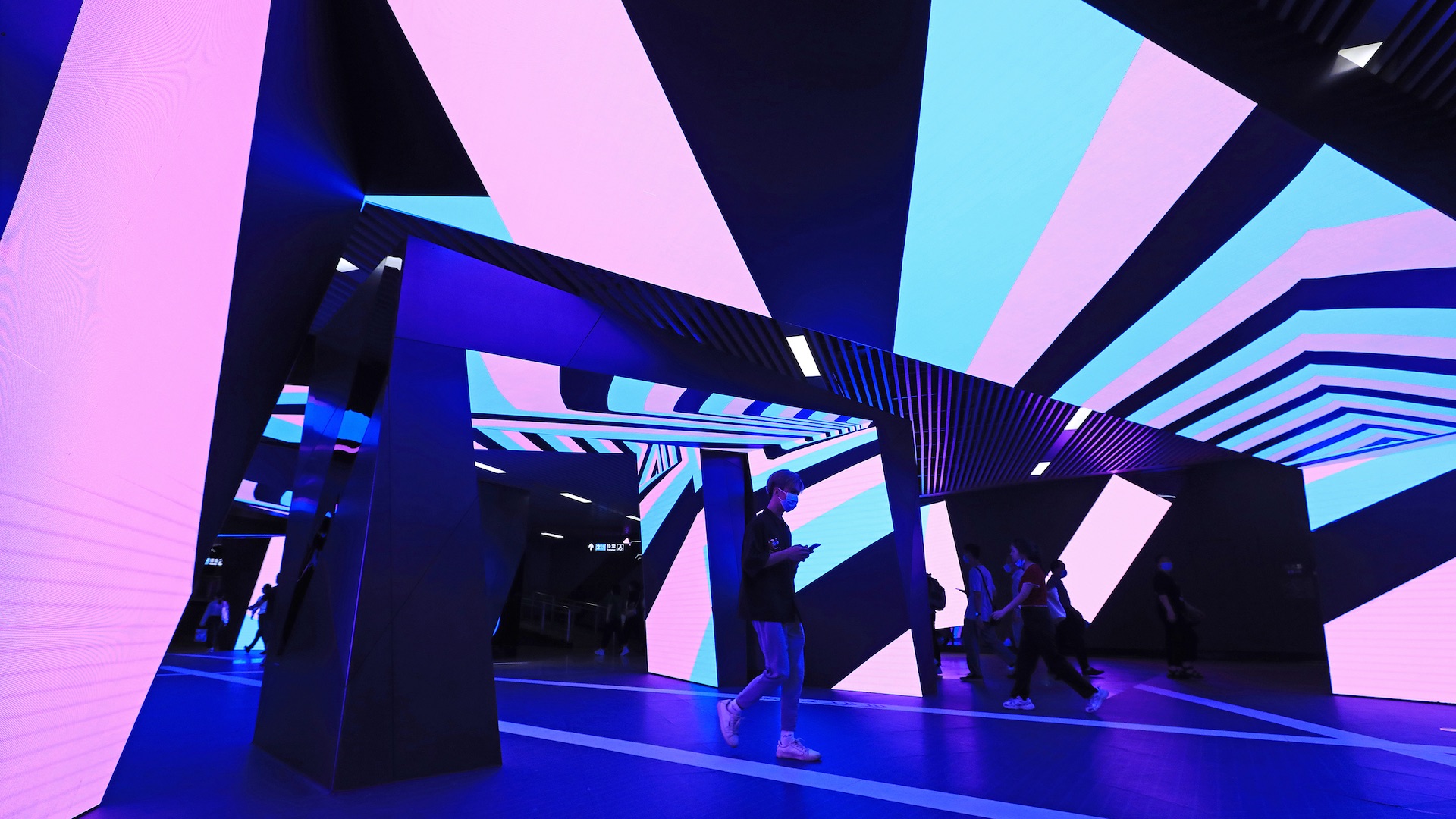 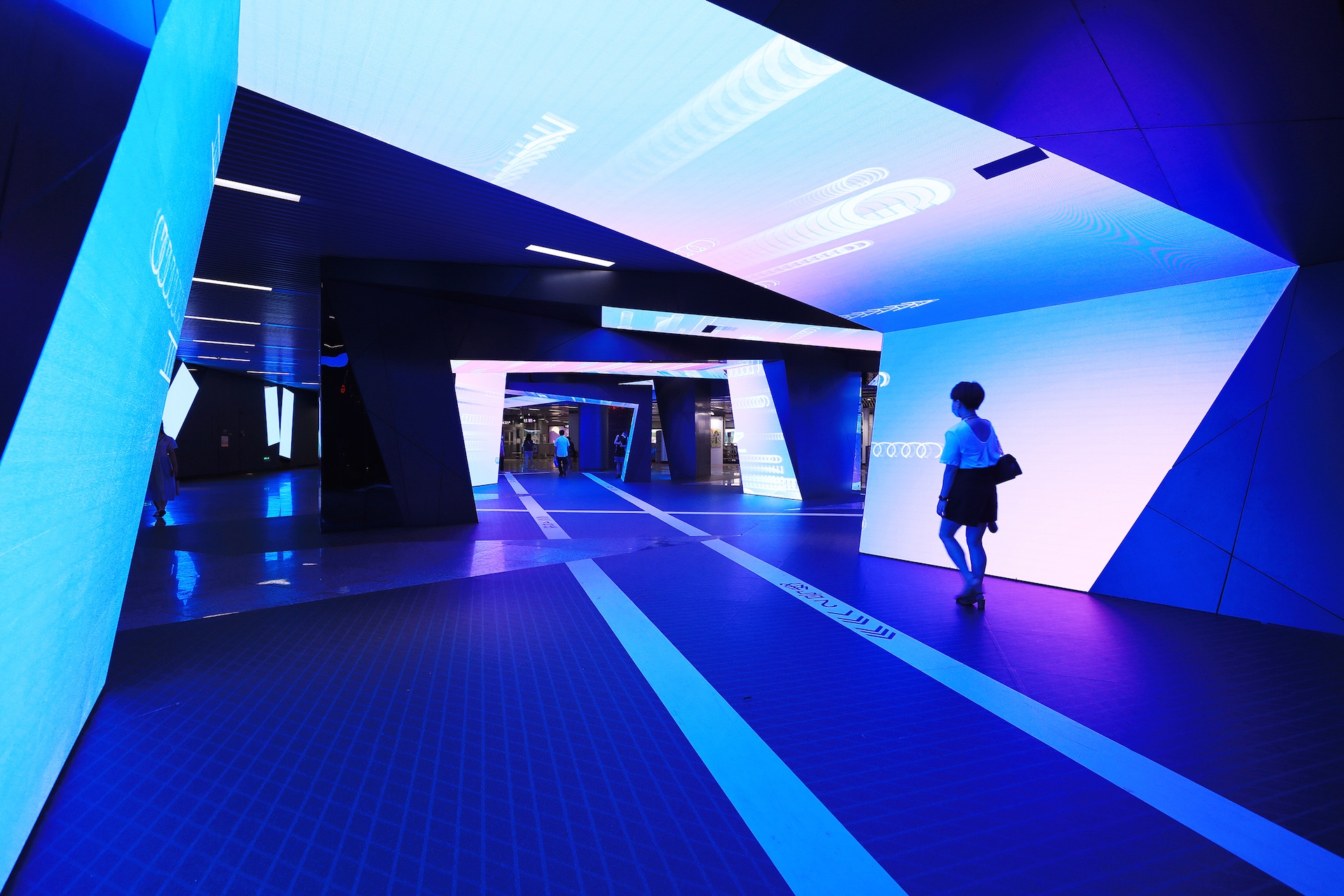 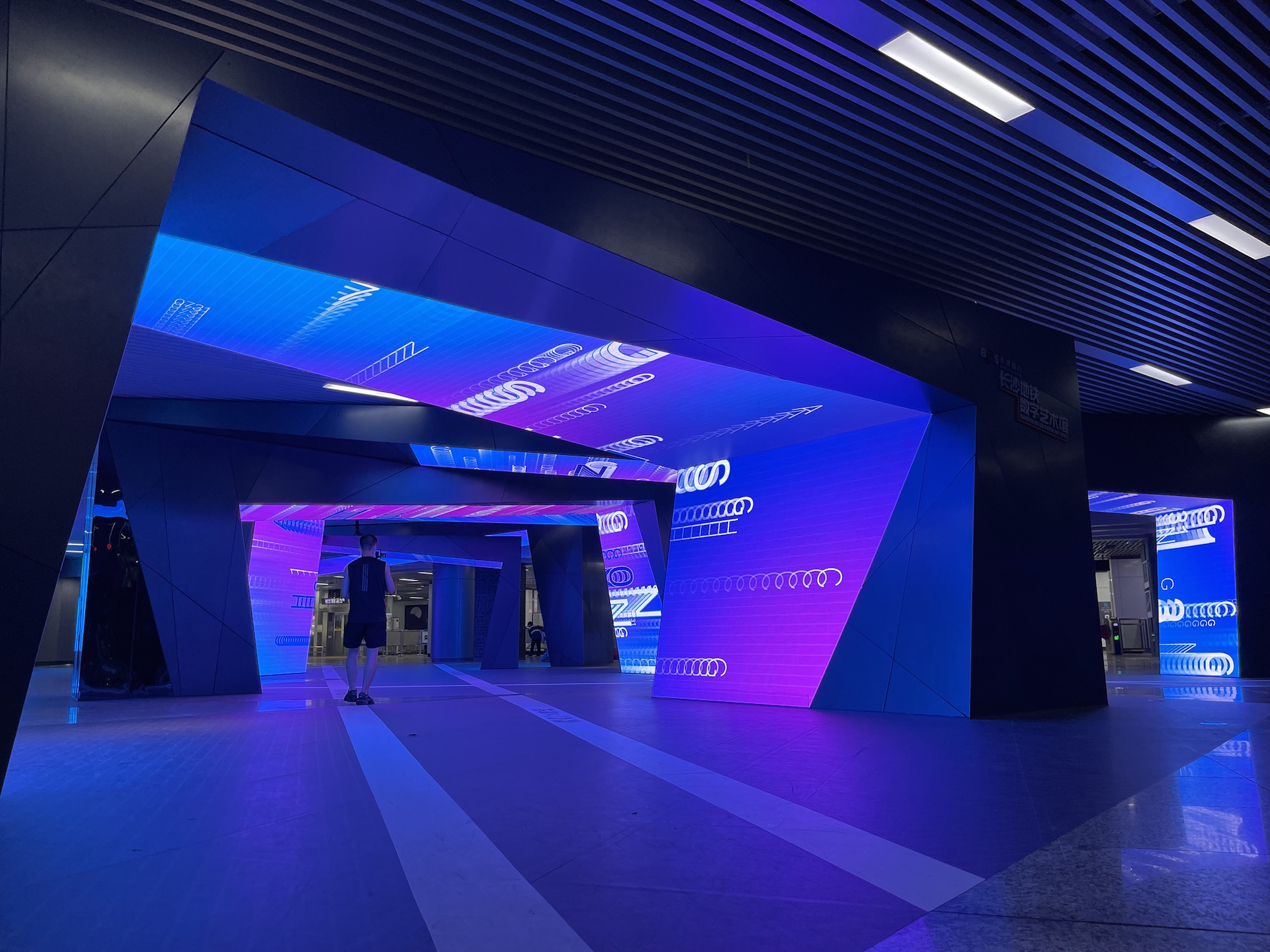 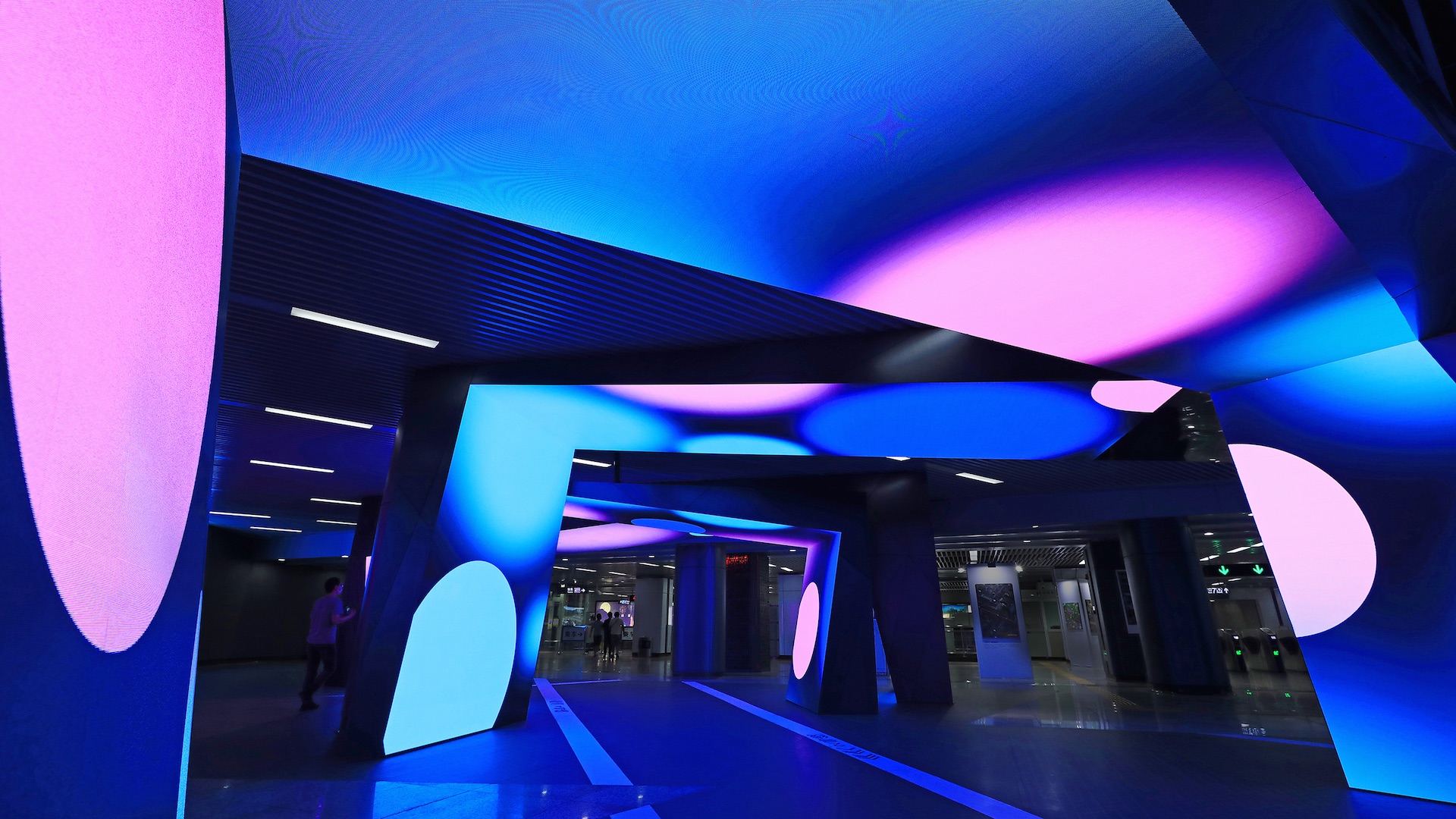 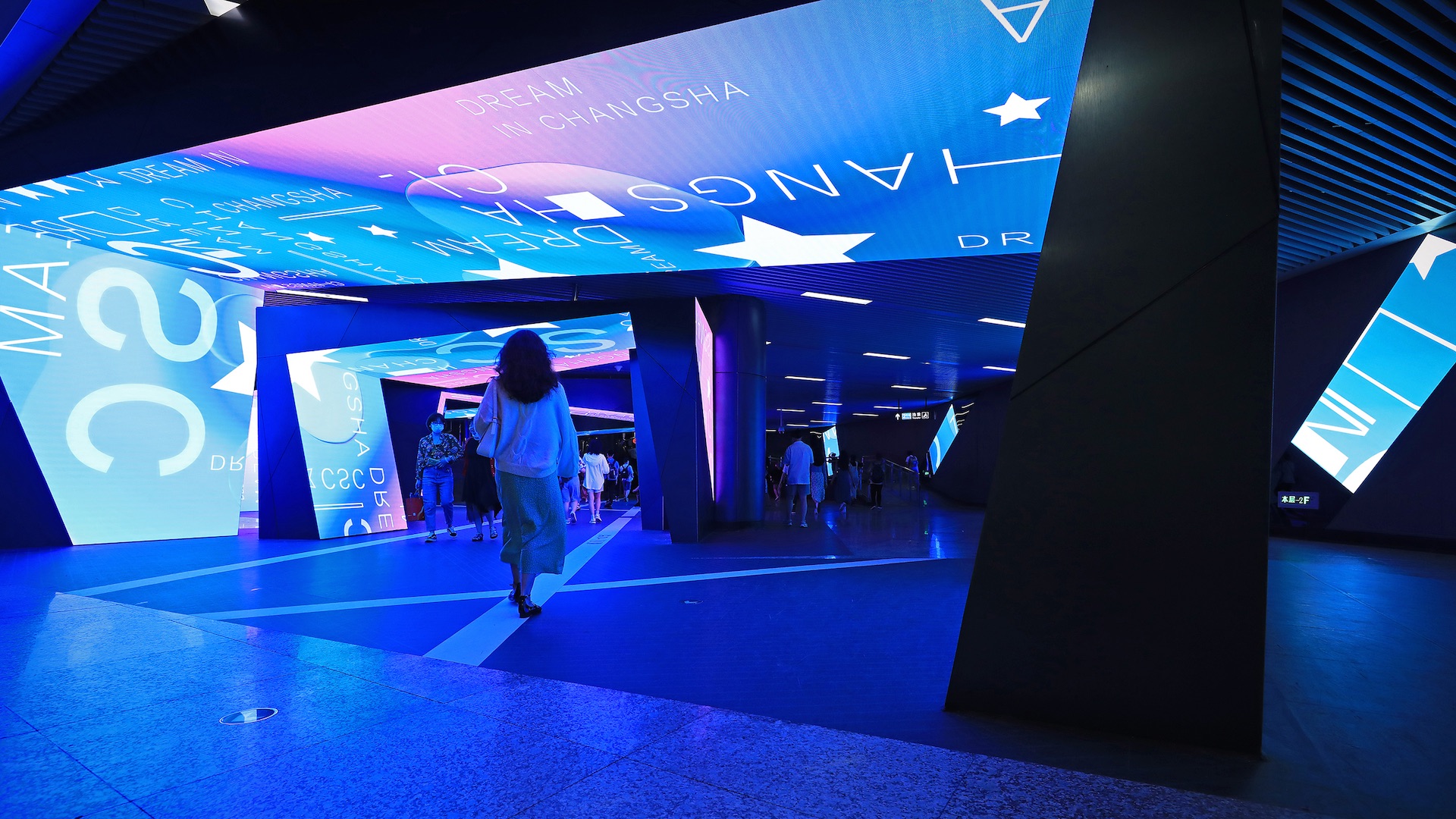 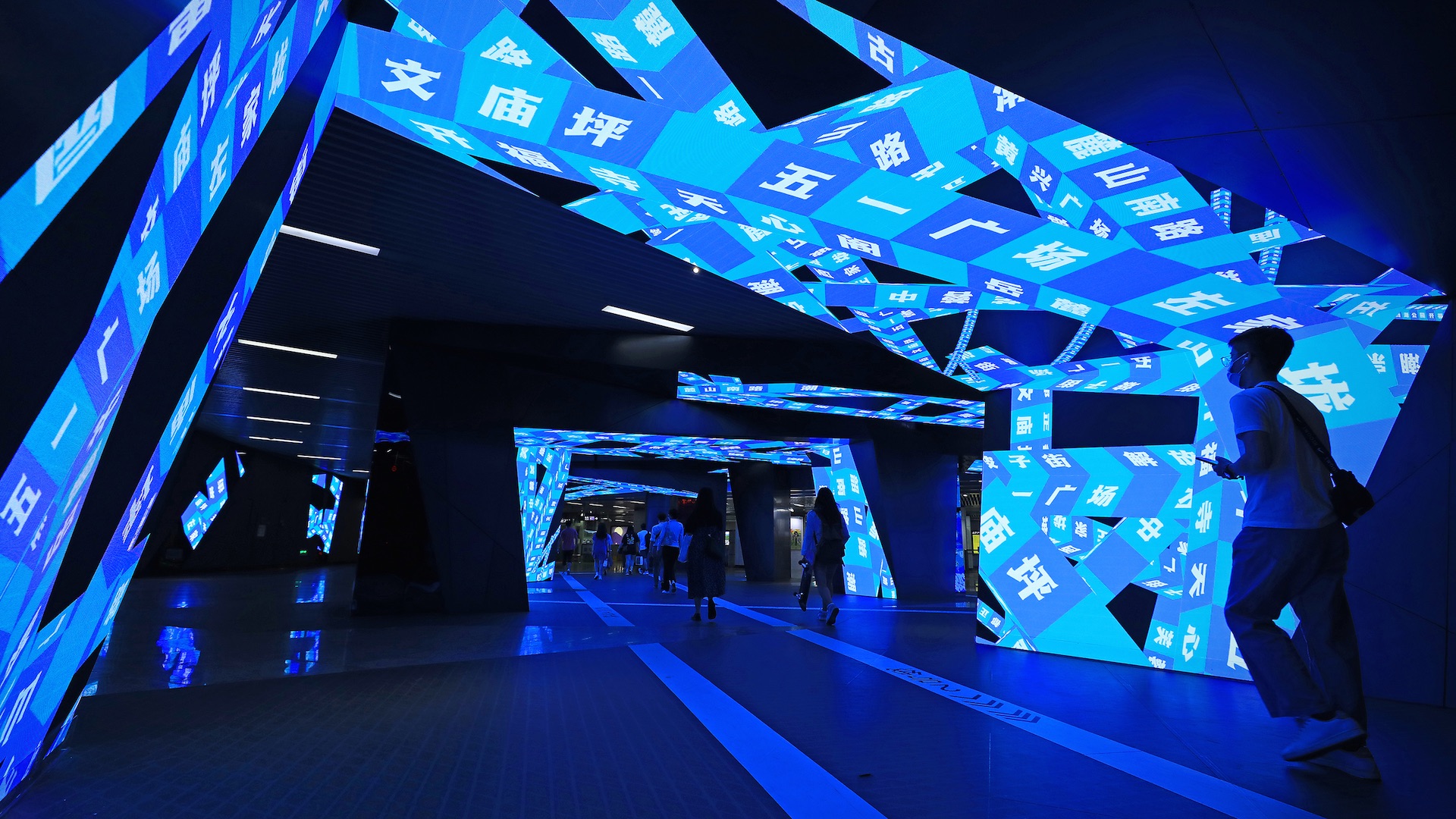 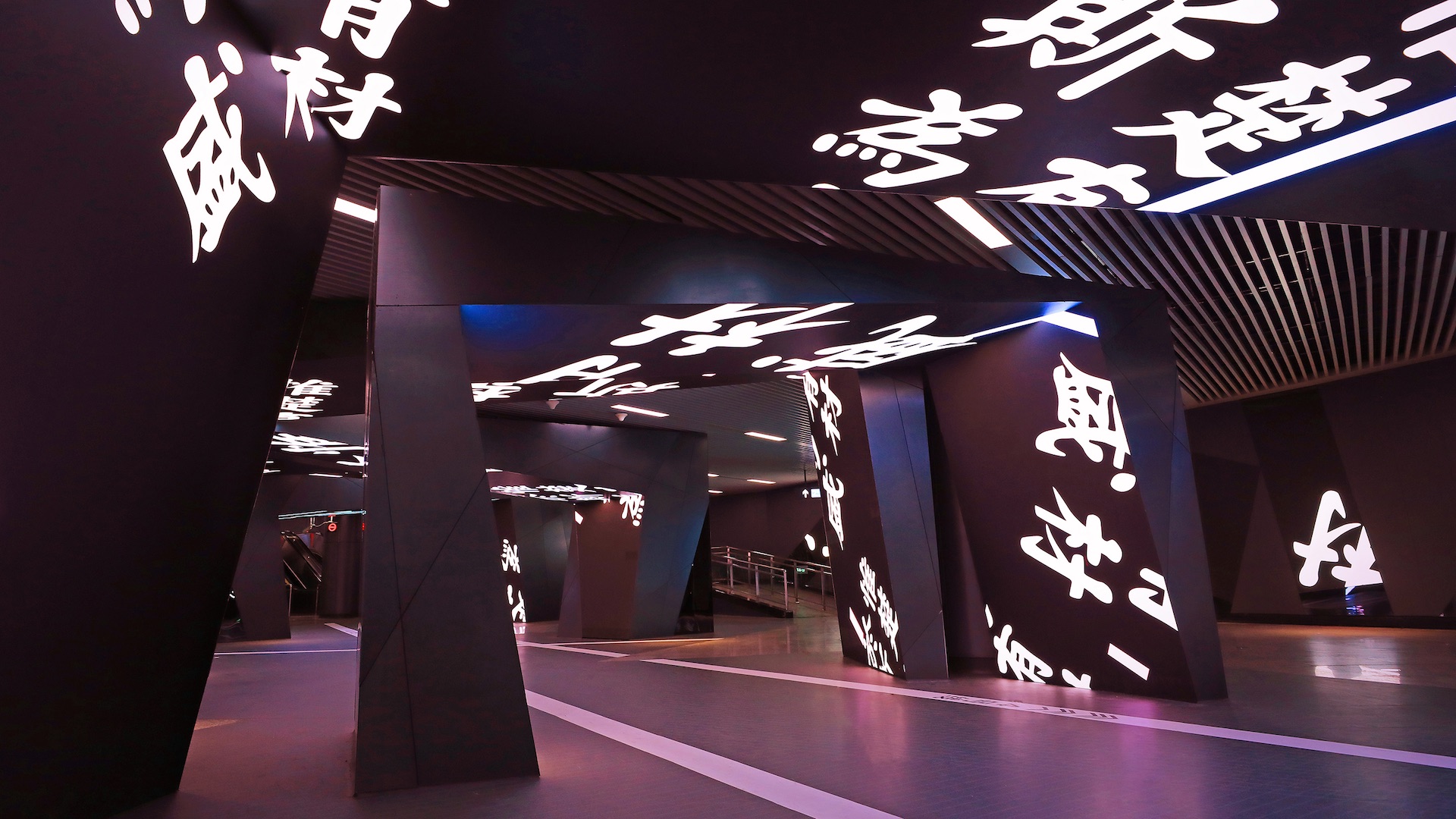 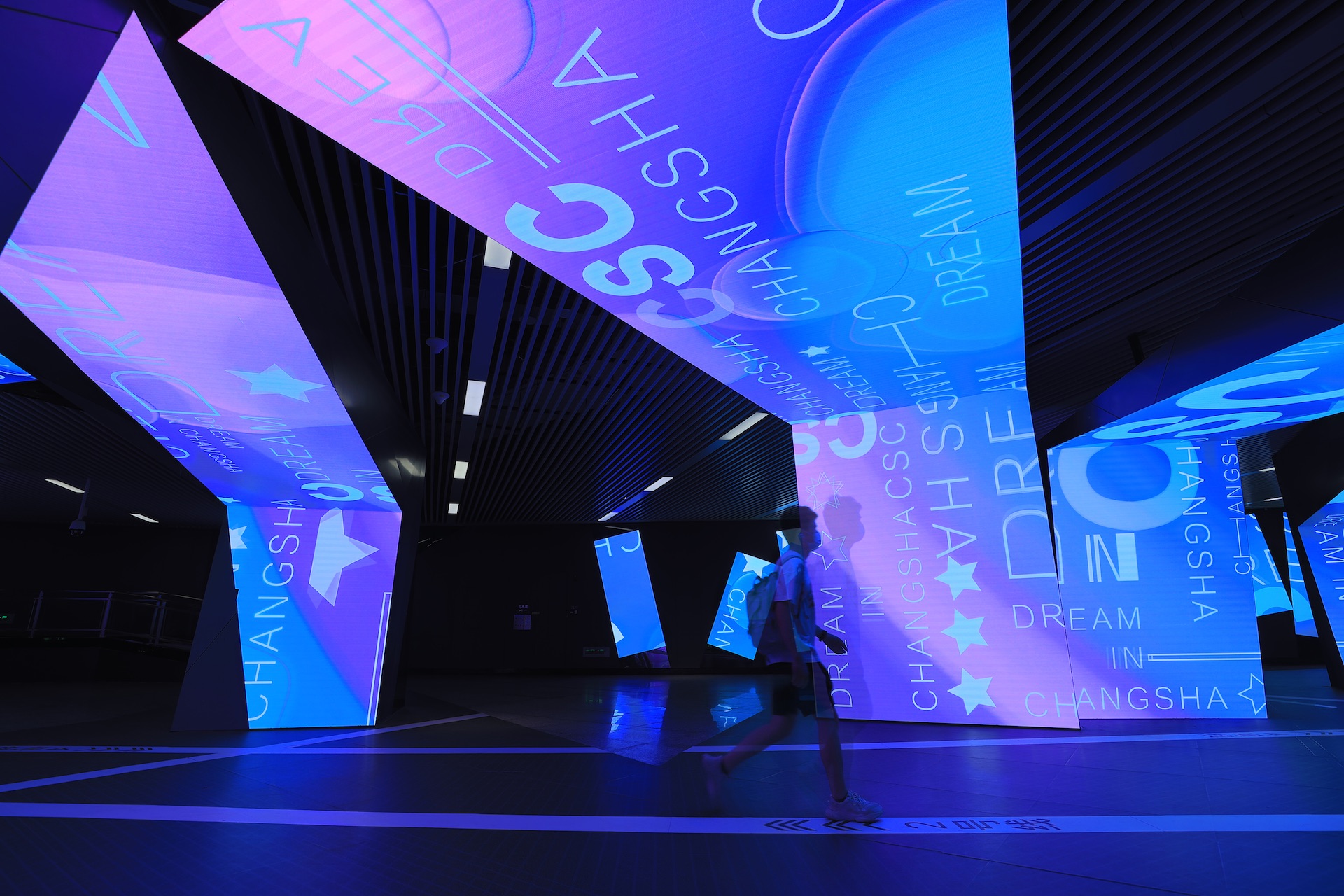 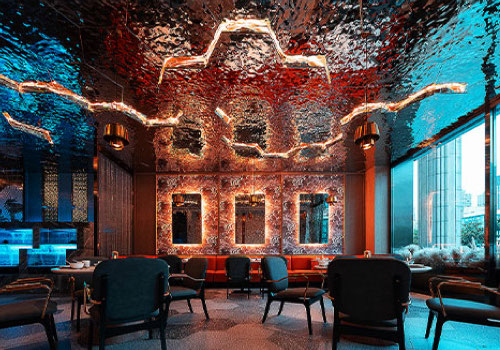 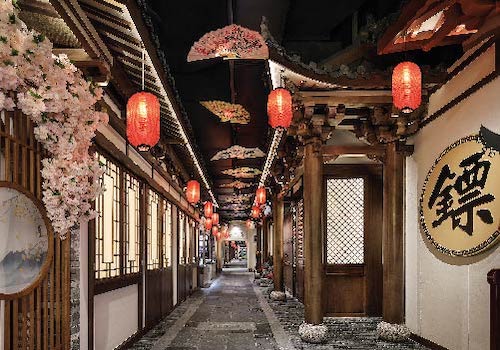 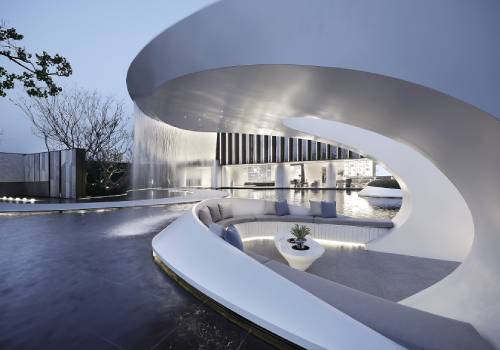 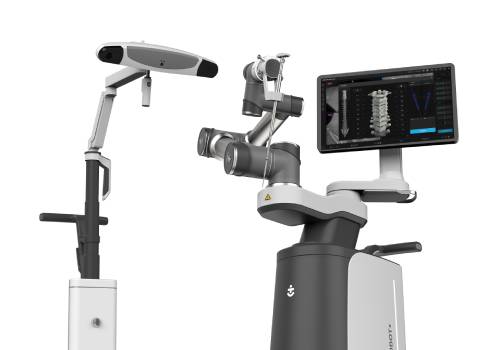