A private mansion is proposed on a site surrounded by a tranquil environment of hills with dense vegetation and waters, to satisfy multiple functional requirements: family housing and their spiritual life-both for Buddhist worship, meditation, and contemplation. The design follows the mountain terrain, with three groups of geometric volumes scattered throughout a valley. The first set of buildings serves as living spaces enclosed by four artificial “boulders,” conveying the cultural accumulation and eternal heritage of “family” with the strong anchoring force of “stone.” The most important spiritual space as part of the concept of an ancestral lineage is located in a more secluded part of the valley up a mountain path, including a Buddhist hall and a leaf-shaped ancestral hall. The layout of the residential area uses axes as the main organizational medium, creating four separated and staggered geometric blocks. The square-shaped block at the center serves as the main living space for the family and friends. The bedrooms of the family members are located on the second floor, each hosting its individual access, while also being connected by an outdoor corridor on the second floor. This complex circulation route not only ensures the privacy and different living habits, but also facilitates the care of the elders. The Buddhist hall is the combination of a towering conical volume modeled with a square base, altogether forming a type of stupa, which represents the Buddhist view of the universe and follows the traditional Chinese belief. The basement floor of the hall connects to the living area, from which the owner can take the elevator directly to the private meditation area on the second floor. An elongated “fallen leaf returning to its roots” is used to pay tribute to those family members who have passed away. The design uses positive and negative shapes to organize the space, while positive spaces with physical functions and negative spaces, which are left empty, give the building a sense of “balance”, allowing the space to shift between inside and outside, between imaginary and real, making it more expressive and experiential. 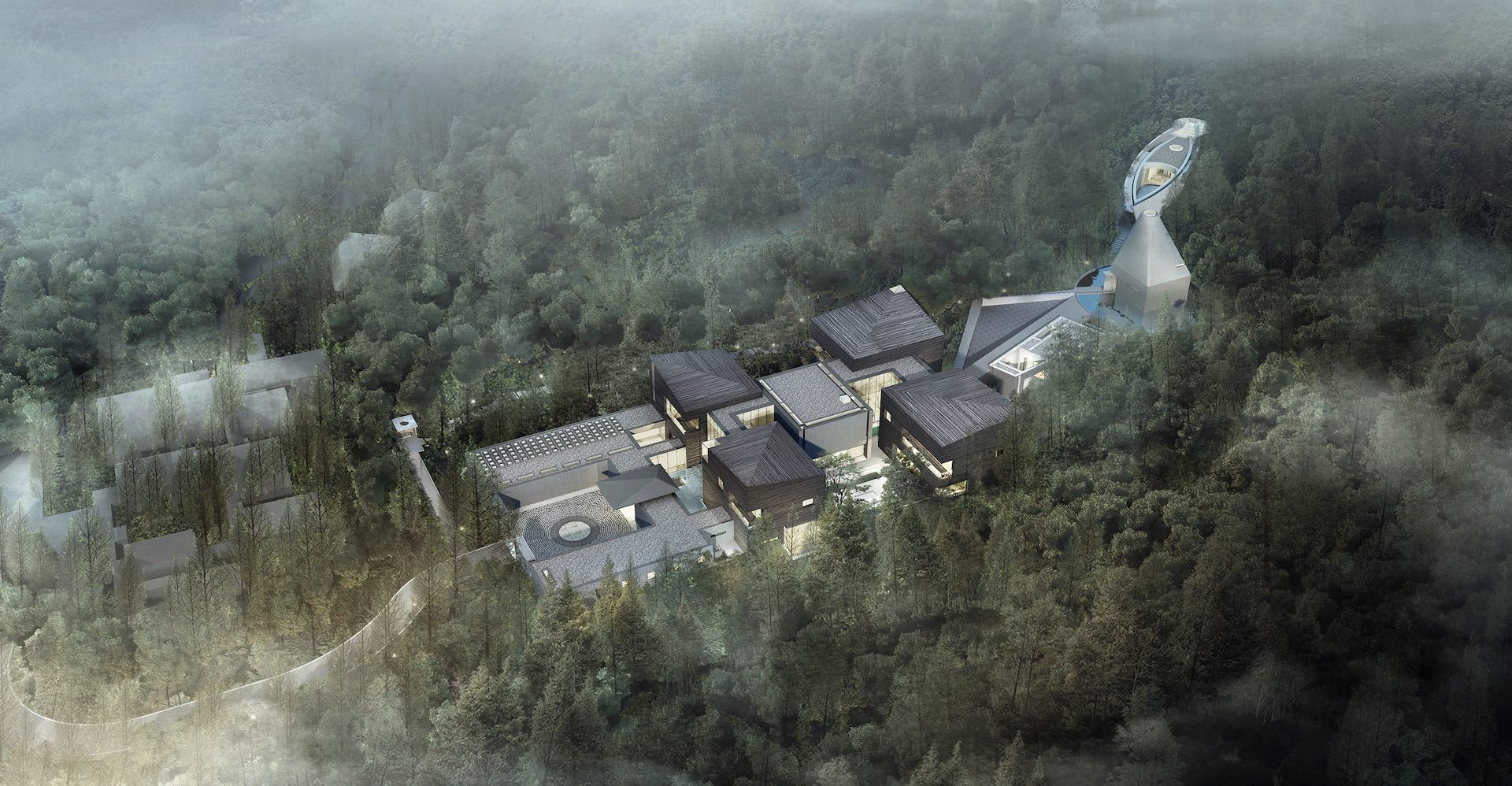 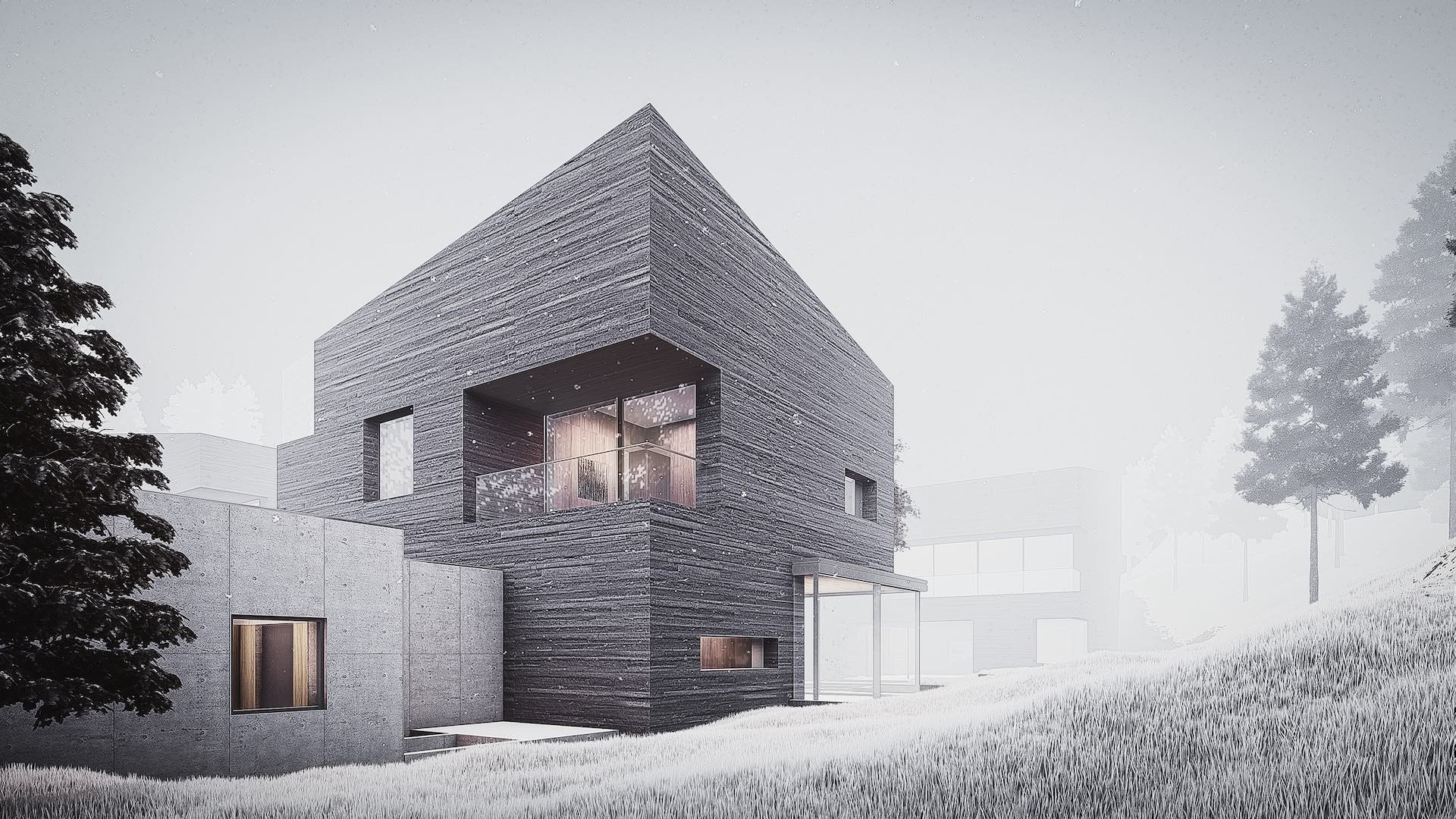 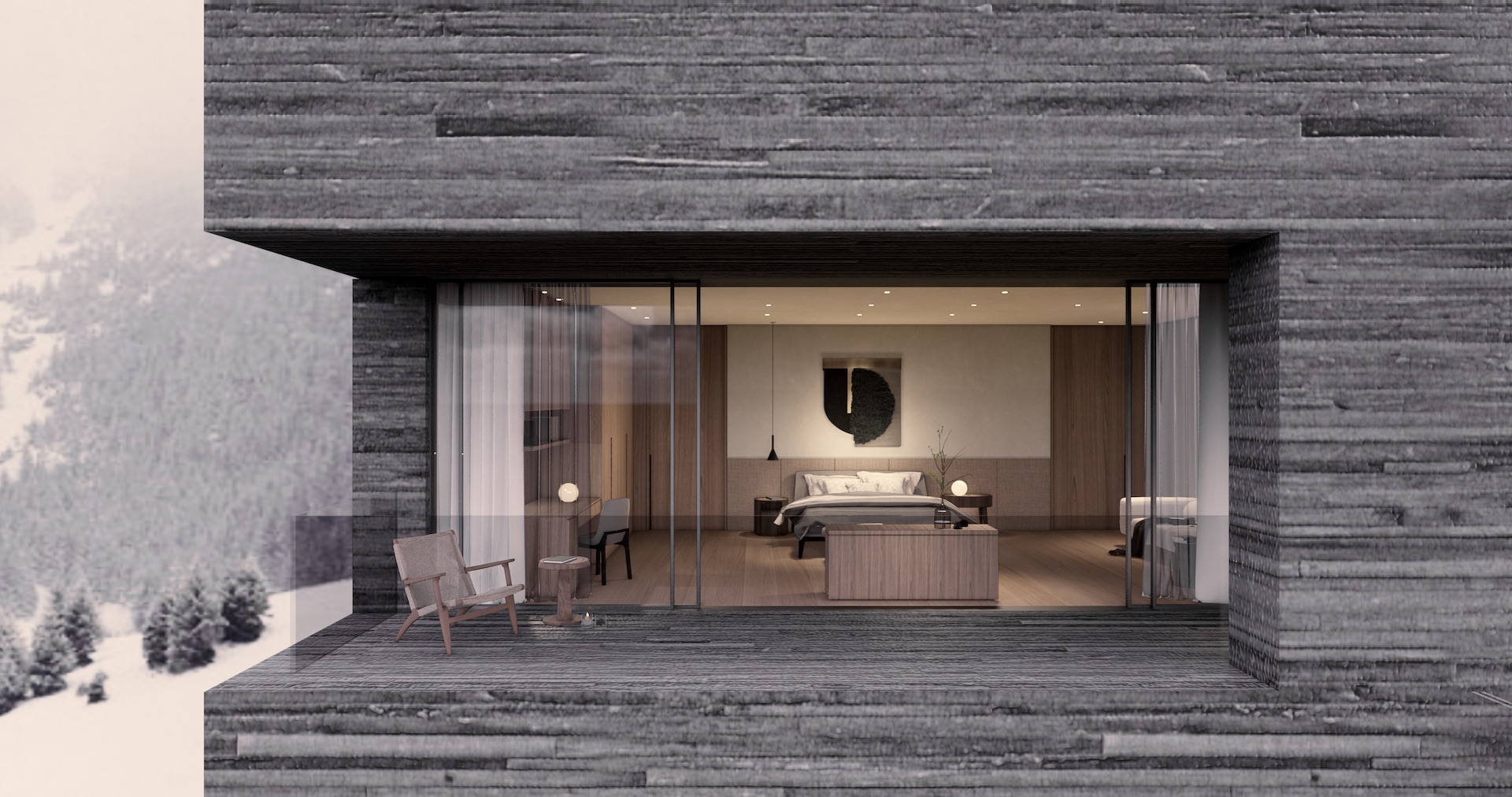 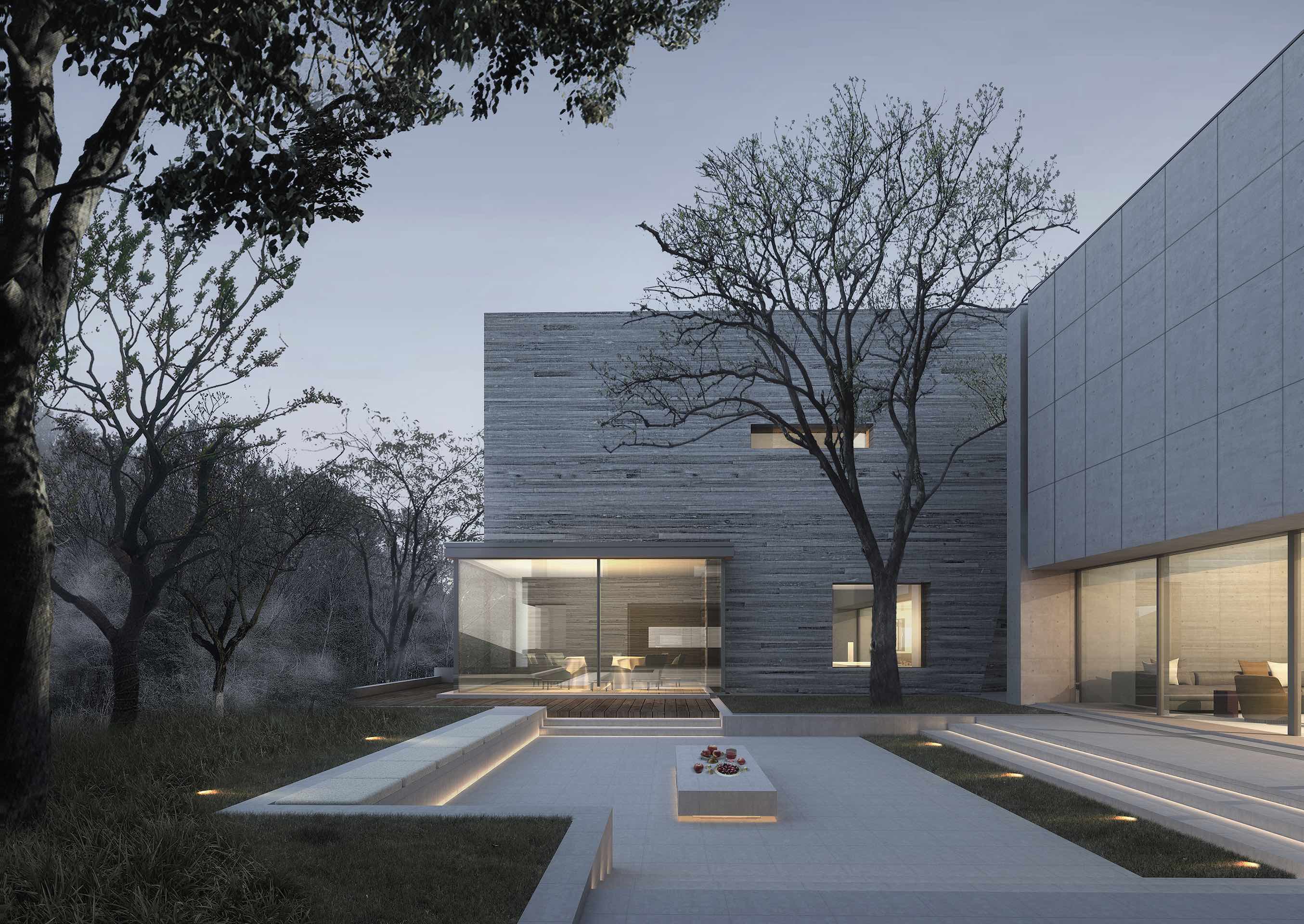 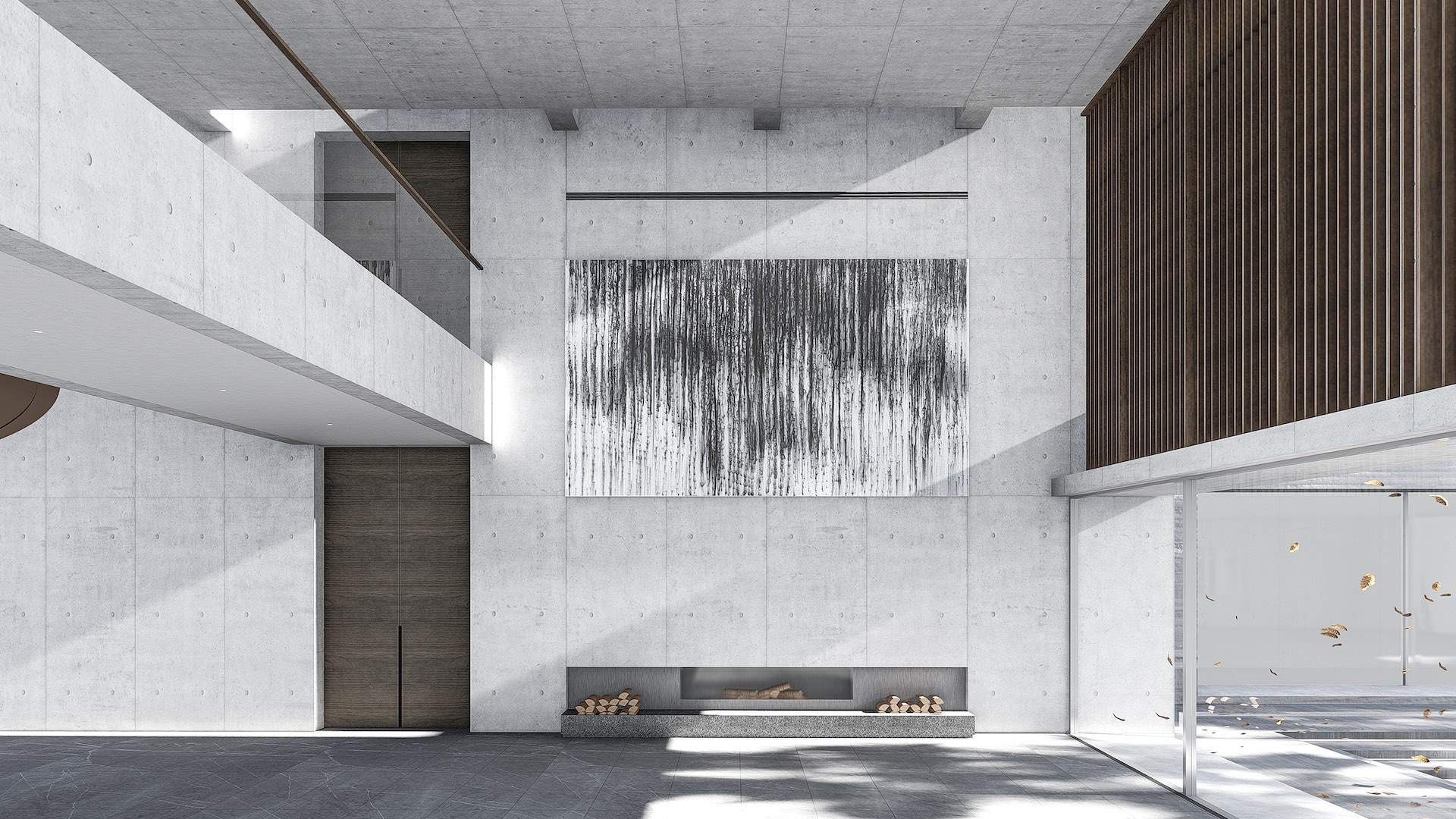 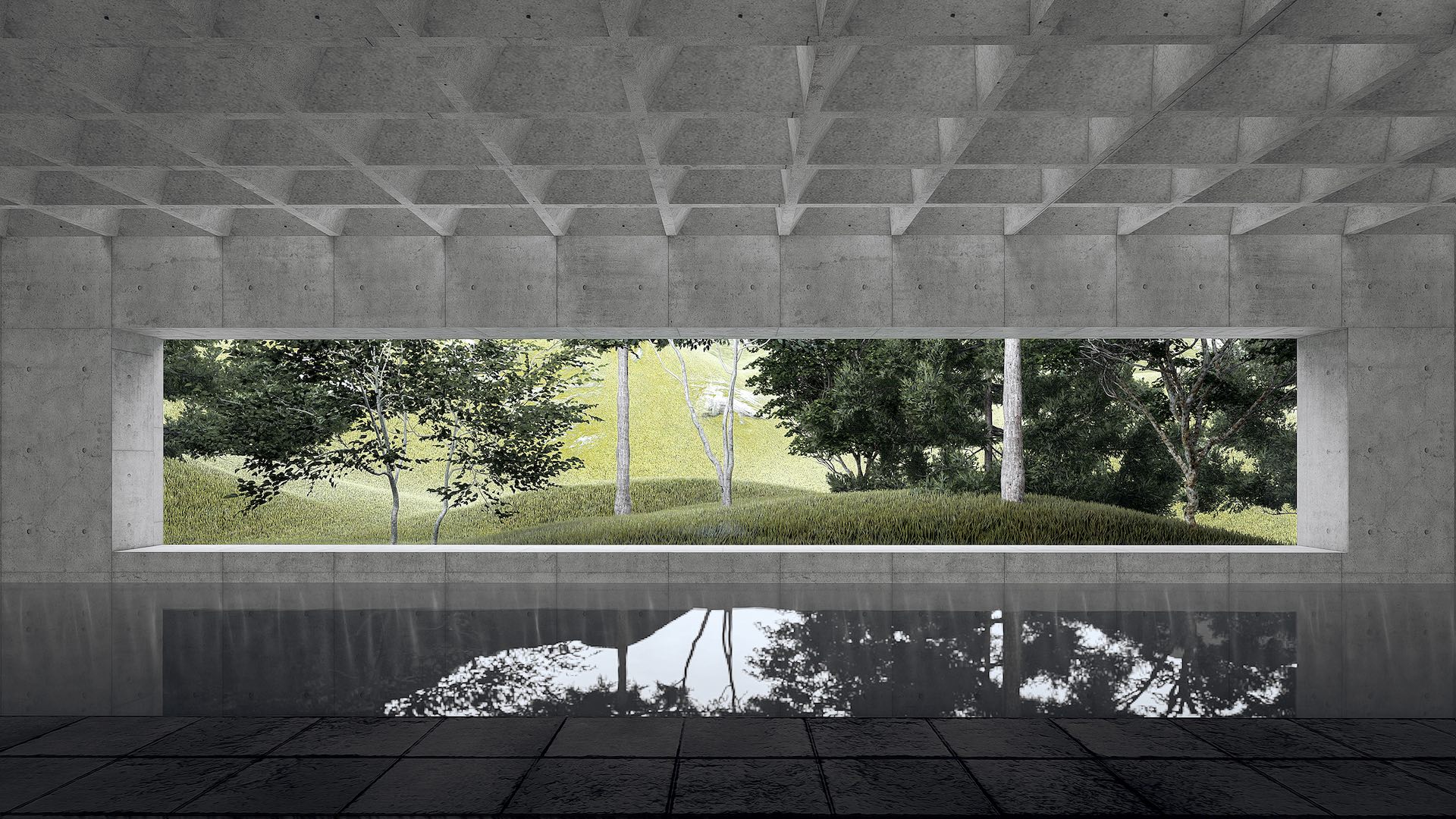 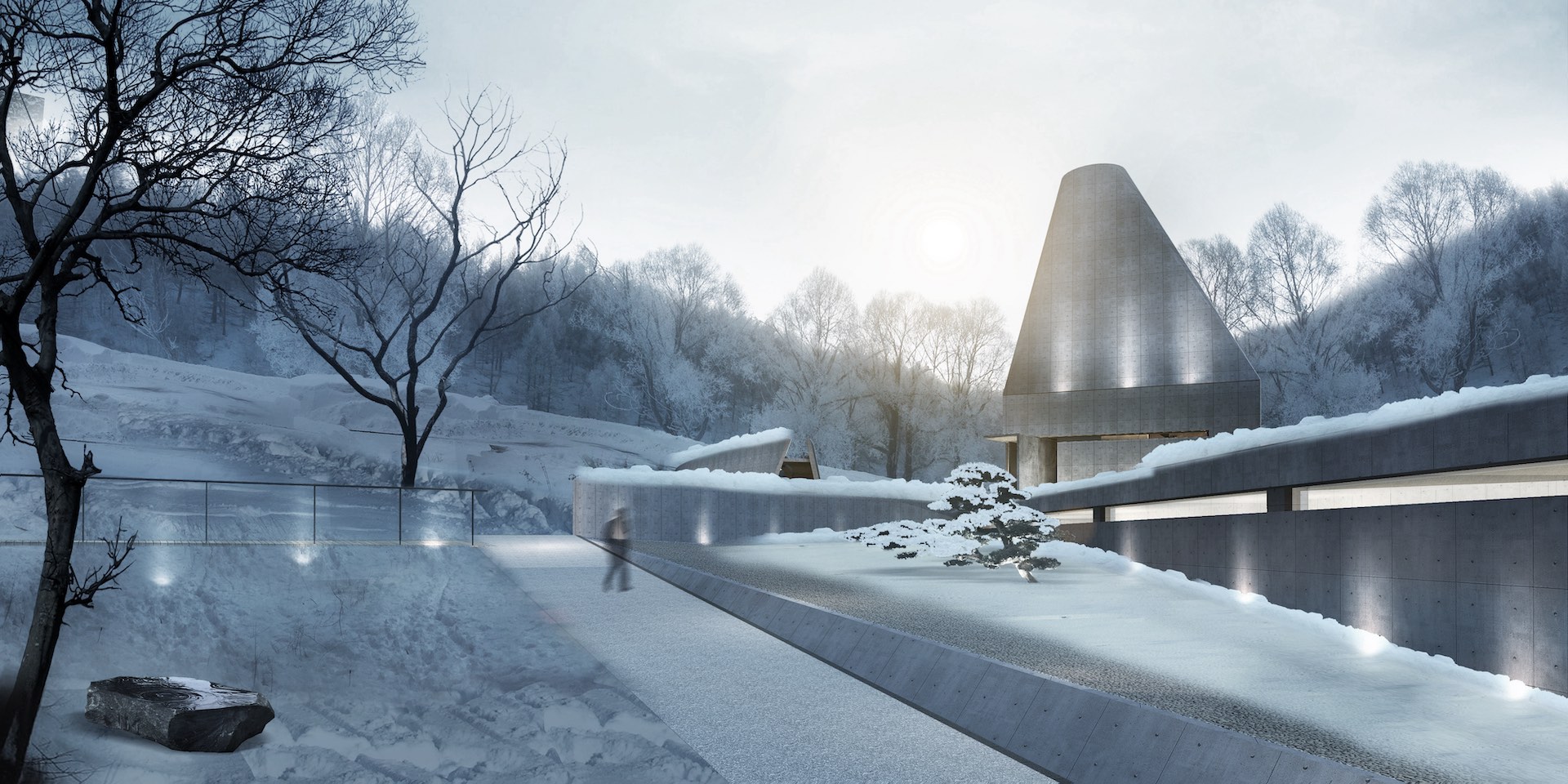 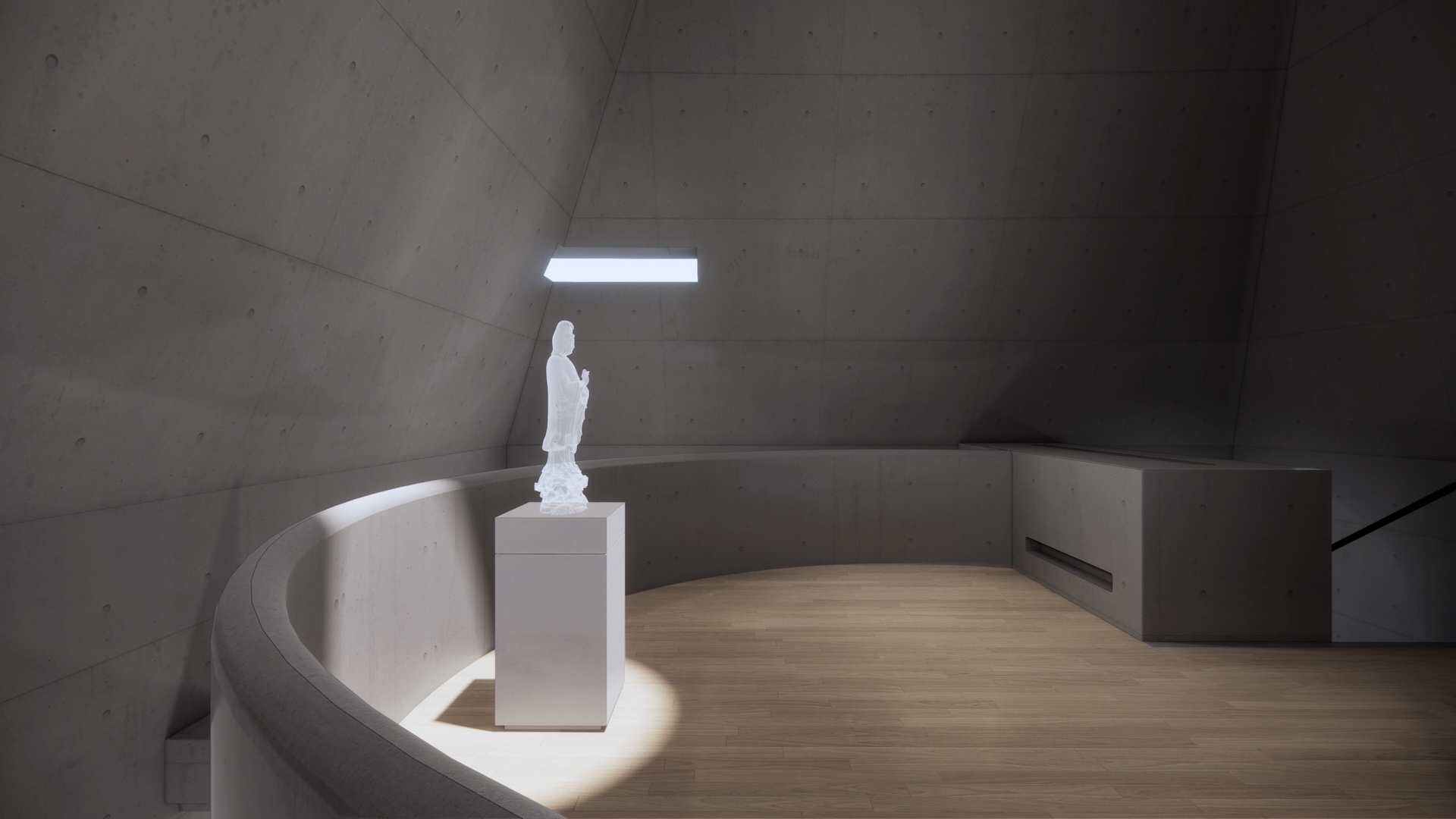 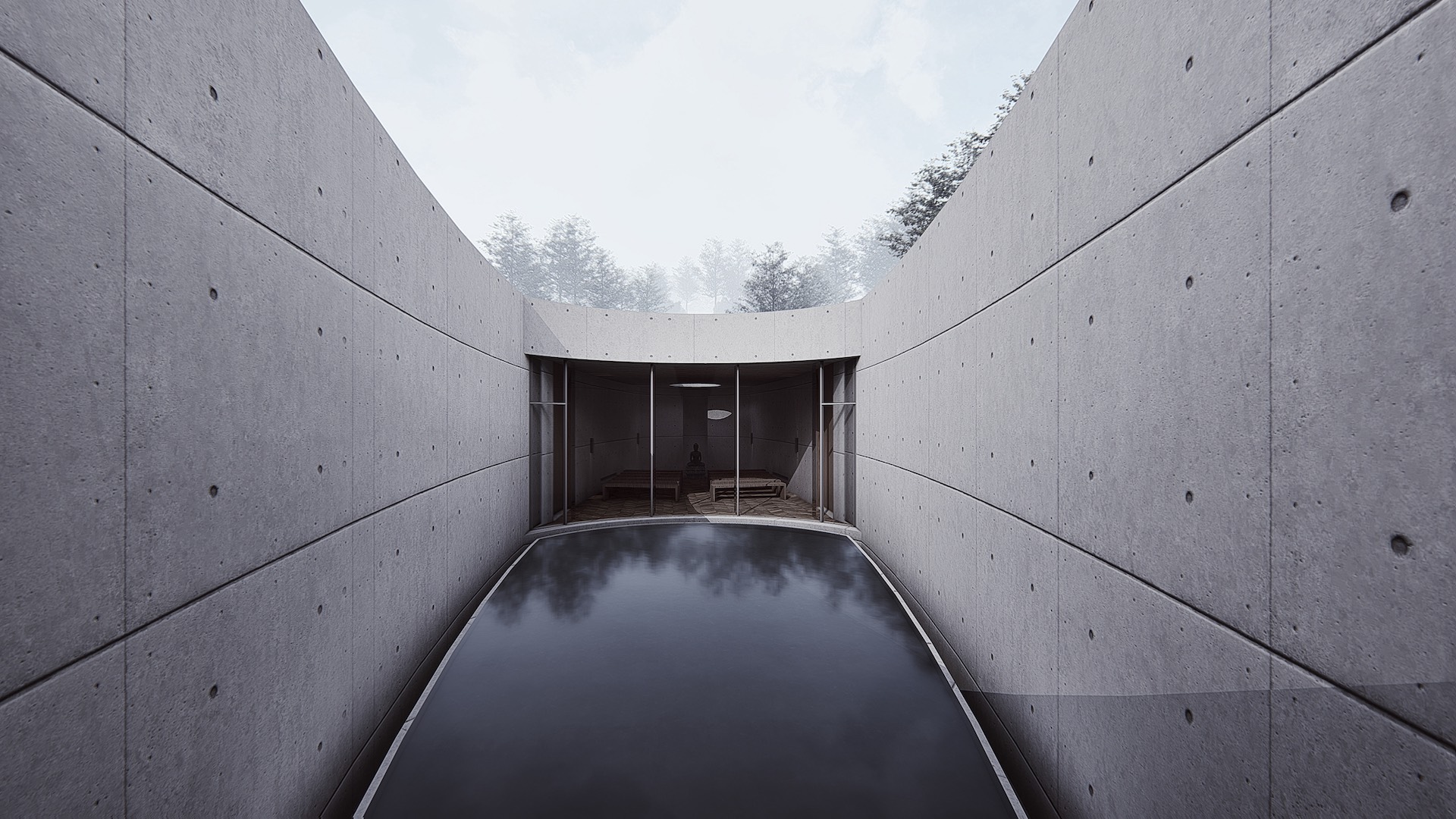 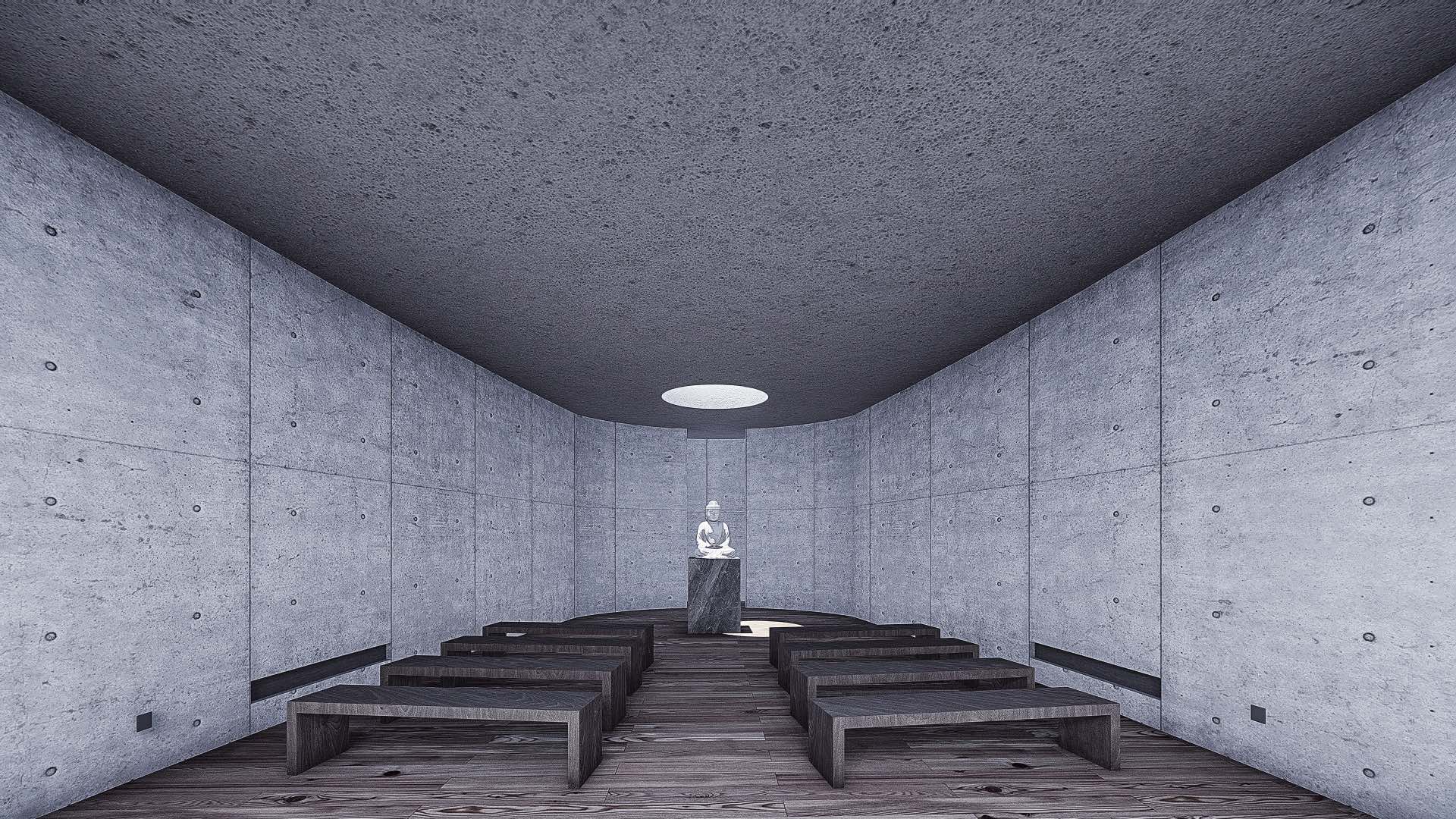 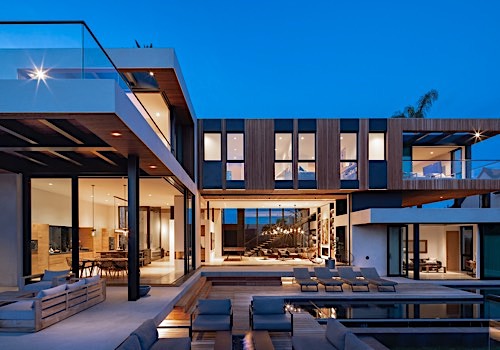 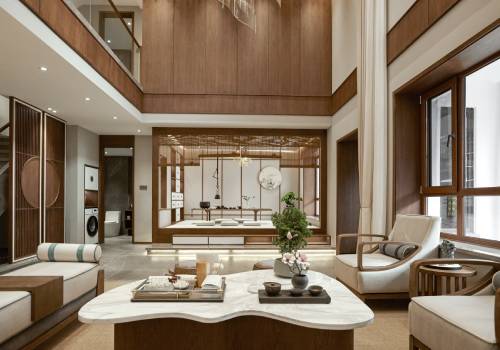 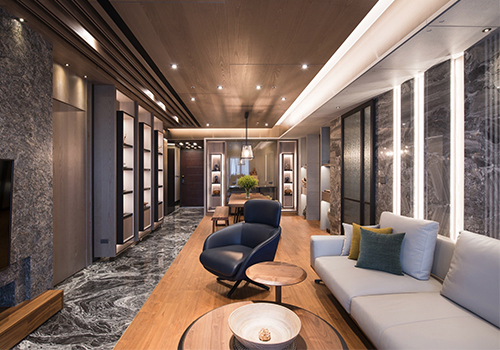 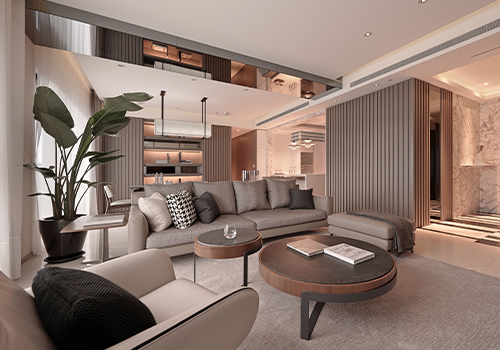