This building had been built by a master of constructing Japanese traditional houses and tea-rooms in his original way, which we believe we have to preserve to respect his philosophy. We arranged stylish elements to match Japanese four seasons and tried to fuse Japanese and Western designs: We used gray stone and granite for bathtubs and washbasins. We used natural stones for where skin touches directly. The location influenced to our design so as to keep the view as minimum as only sky and ocean, so we designed the black tile pool for the rooftop of the extension building to unite the sky and the sea. Additionally we produced more unusual and dramatic time by aligning the flames against water. 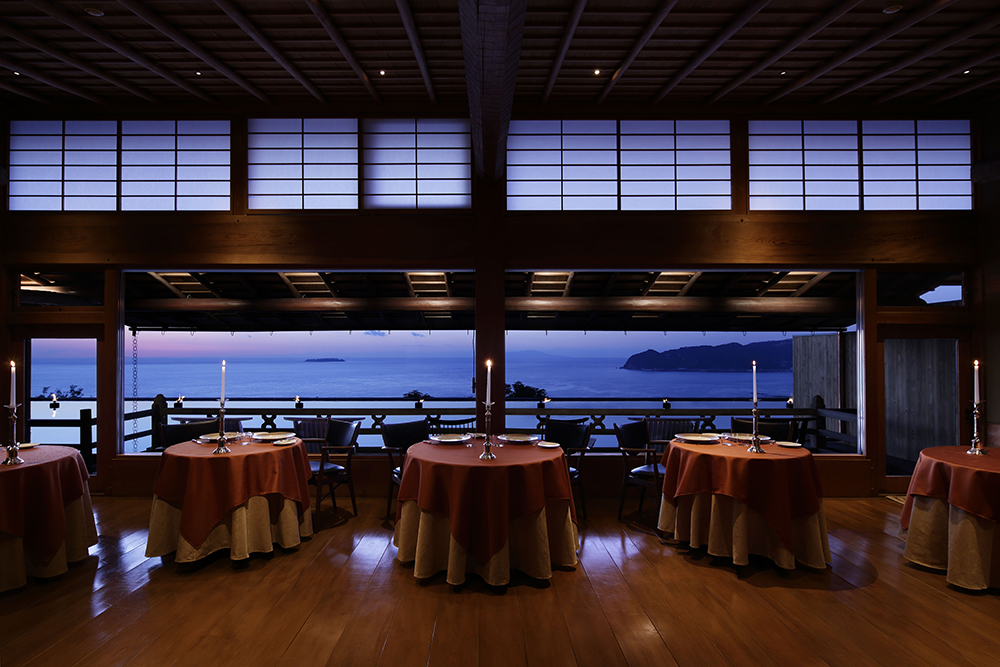 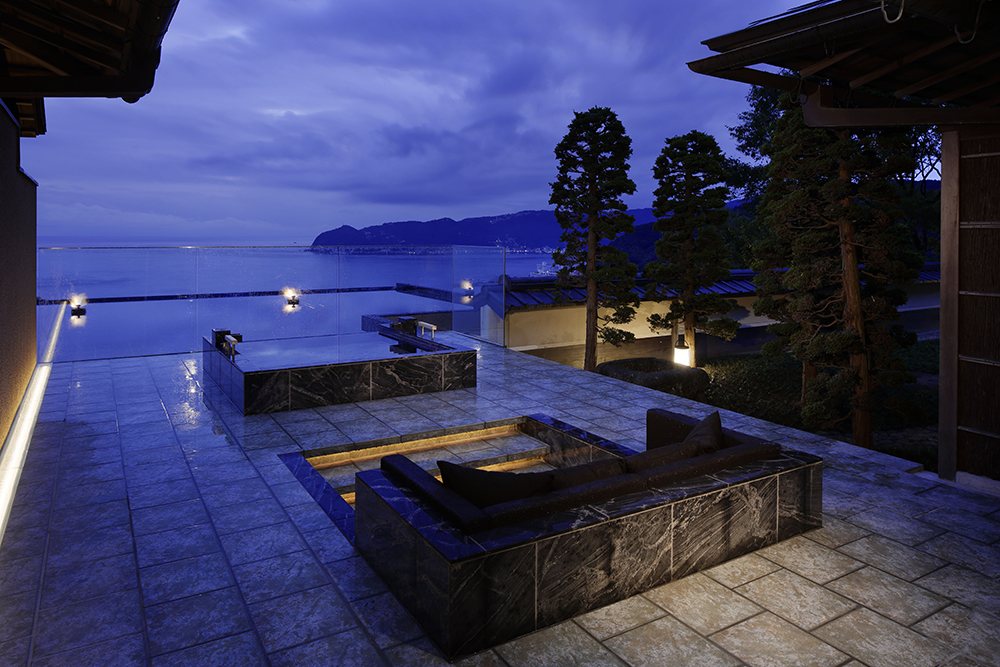 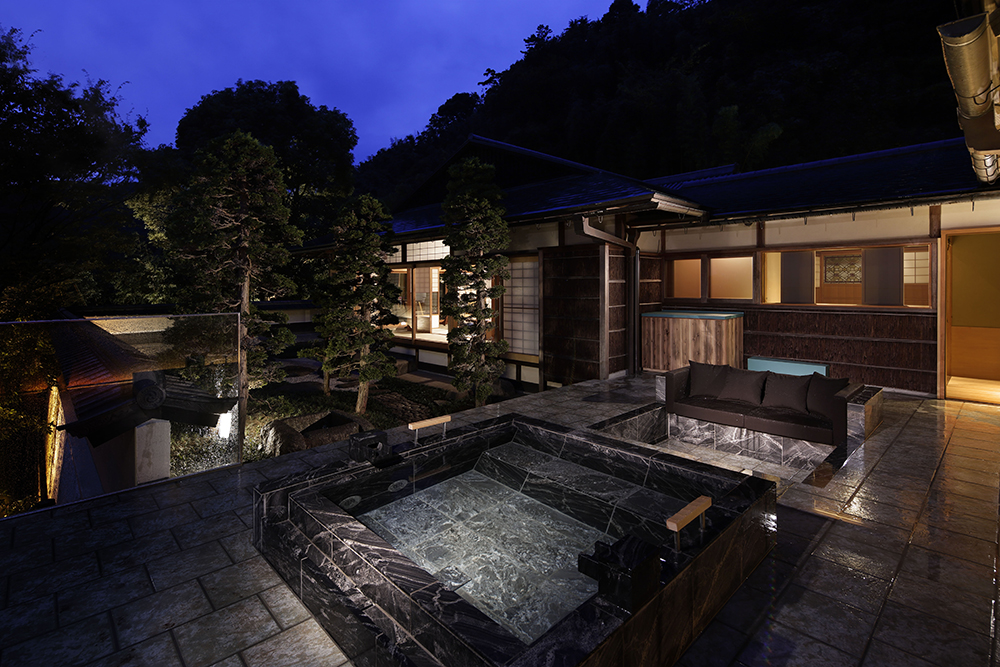 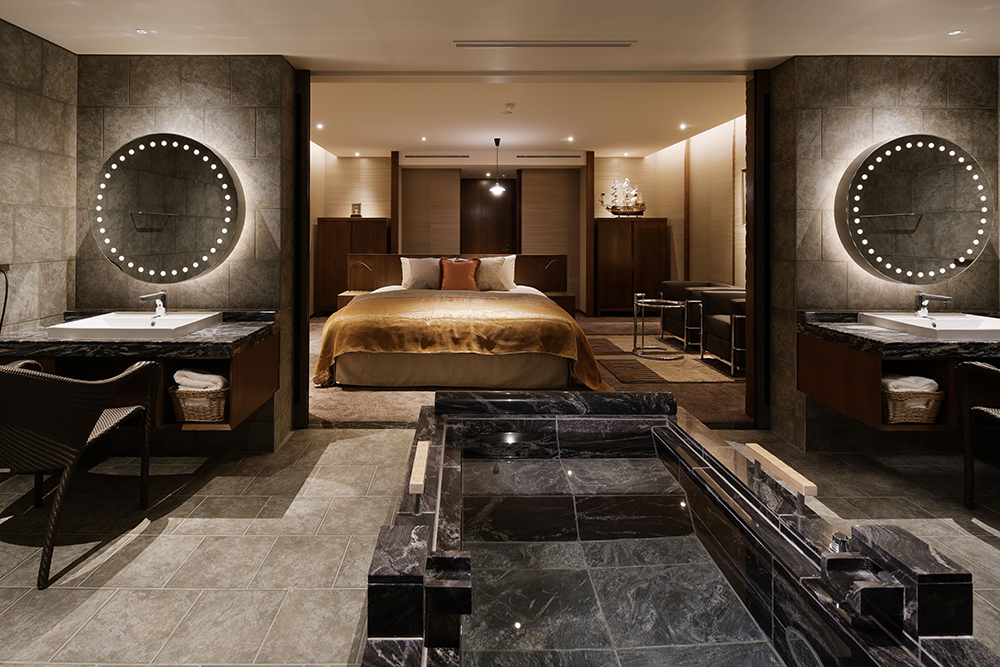 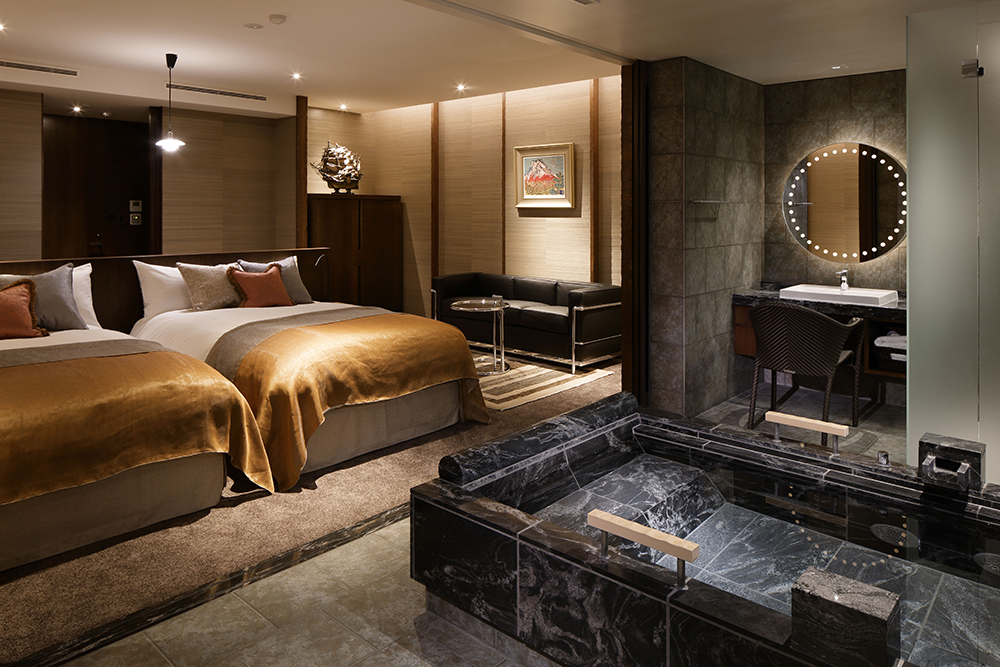 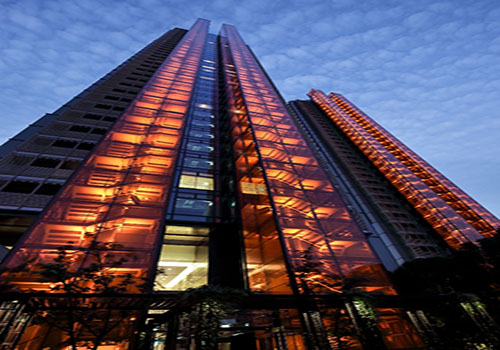 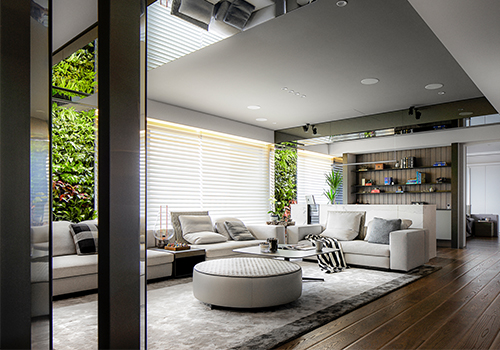 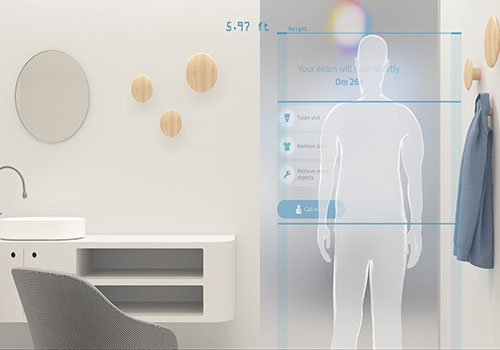 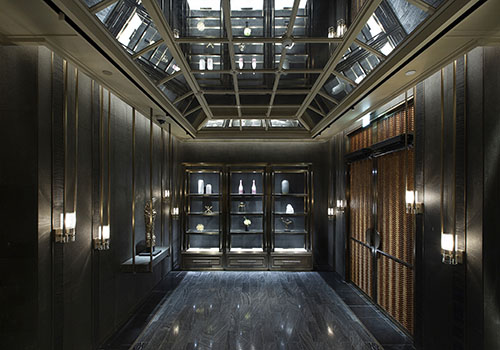