Porto is a city of charms that surprises for its tradition and culture, but also for its form of intervention and boldness. It was on an impulse of daring and joviality that the customer formalised the project in the mid-2008, to transform the studio flat recently acquired. The request, which consisted of designing a different and innovative living space and completely different from what could be imagined as a home, arose as a challenge. The young man who wanted to invest in a unique way of living made the design team dream about the project. And so, a sense of irreverence was born, which contrasted with the previously outlined and quite formal plan that had been acquired. The central idea was centred on the deconstruction of walls and ceilings, formalised in triangulations that would embrace all the corners and complements necessary for the functioning of the dwelling. The ceiling triangles act as lighting points that are spread throughout the space in a careful manner. Irregular polygons, predominantly triangular, constitute the doors of wardrobes, pantry and laundry room. In the small bathroom, triangles of light and mirrors contribute to the spatial illusion and provide fantastic sensations. From a small glass triangle, filled with water, life sprouts. Plants grow in it and challenge the ordinary way of living. Then, the triangulations of the interior space extend to the balcony and, thus, the small studio apartment acquires more dimension and gets involved in the magic of the singular dwelling, of the crumpled sheet of paper that involves the white stone. The concept of the project was welcomed with satisfaction. However, life mishaps forced a pause in time and the dream was left to levitate. In 2019, the construction work was resumed and completed. Now, the small studio flat, which was dreamt to live in an irreverent way, can be enjoyed and felt in all its plenitude, and from its interior it is possible to appreciate the impressive view over the tortuous and wrinkled Douro river, which from its spring flows through a narrow valley marking the landscape in an impressive way. 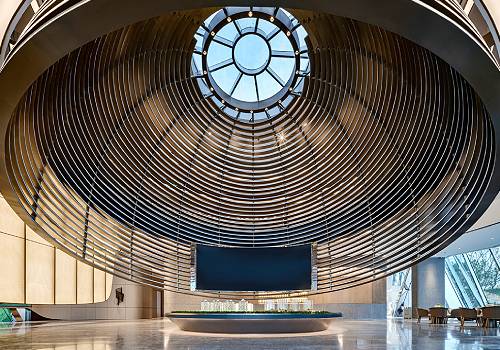 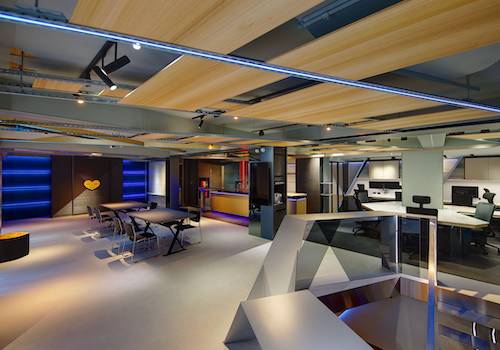 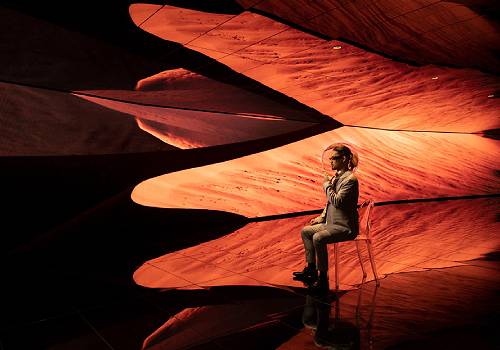 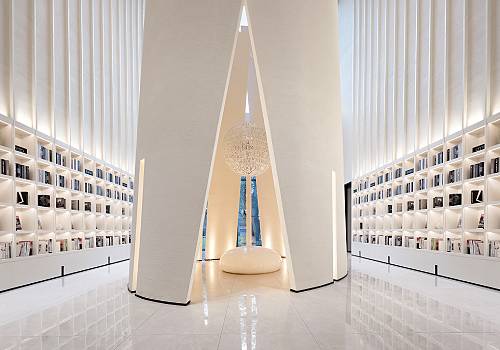