In this case, the designer applies the metaphoric images of the sky, clouds, grassland, and river in nature and introduce the colors gently to the living space. For example, on the top of the TV wall is a bright yellow line like the golden sun full of vitality. The bright sunny white wall tiles on the kitchen wall symbolize the clear sky. The sink in the Scandinavian style powder blue is a metaphor for a river and the cabinet in dark brown and ocher for soil and earth. The sofa in nostalgic mustard green in the living room represents the vitality of the green grassland. As the space of the project covers only 40 square meters, the designer hopes to bring the broad and transparent space feeling to the narrow space through the all-open layout plan. The smart idea of “drawer storage” is adopted for the dining table. When it’s not the dining time, the dining table can be stored well. The dining table can be both used for dining and stored well in the wall cabinet so that the functional flexibility and space interaction can be kept in the small space. Pegboards have become prevalent year by year. They have the storage function, and also can fully show the owner’s personal collection taste. Instead of adopting the common independent wood pegboards or iron pegboards, the designer directly transforms the wall into the “peg-wall” with the function of the pegboard. There are the hook holes on the wall. they decrease the visual existence of the pegboard and make it invisible in the wall. In this way, the fresh and simple tone can be maintained in the small-area space. Moreover, as Taiwan is located on the Circum-Pacific seismic belt, the small storage shelves are chosen for the peg-wall to avoid the things from falling and damaging when an earthquake occurs. It’s an ingenious idea to protect the owner’s collection and decorations. 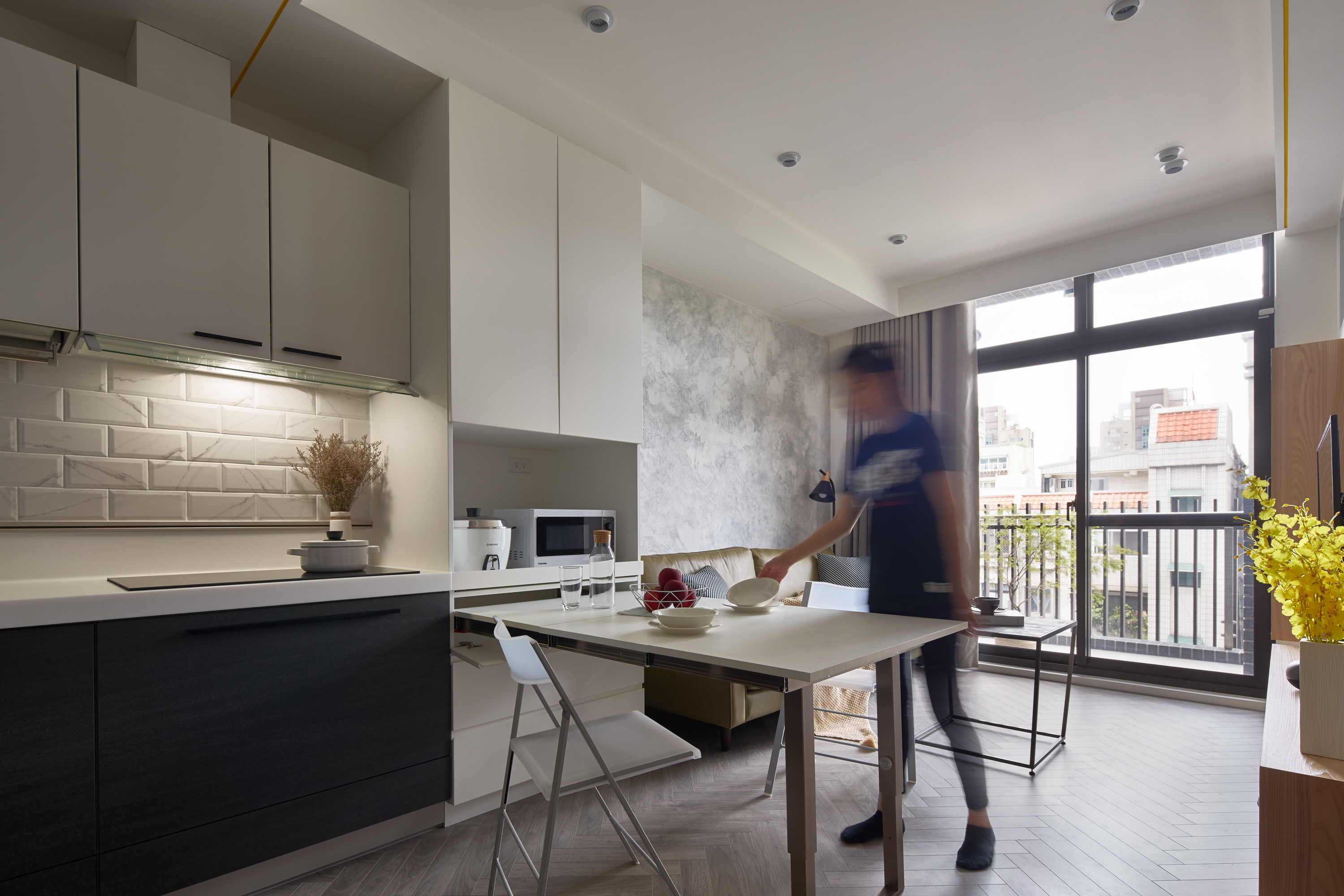 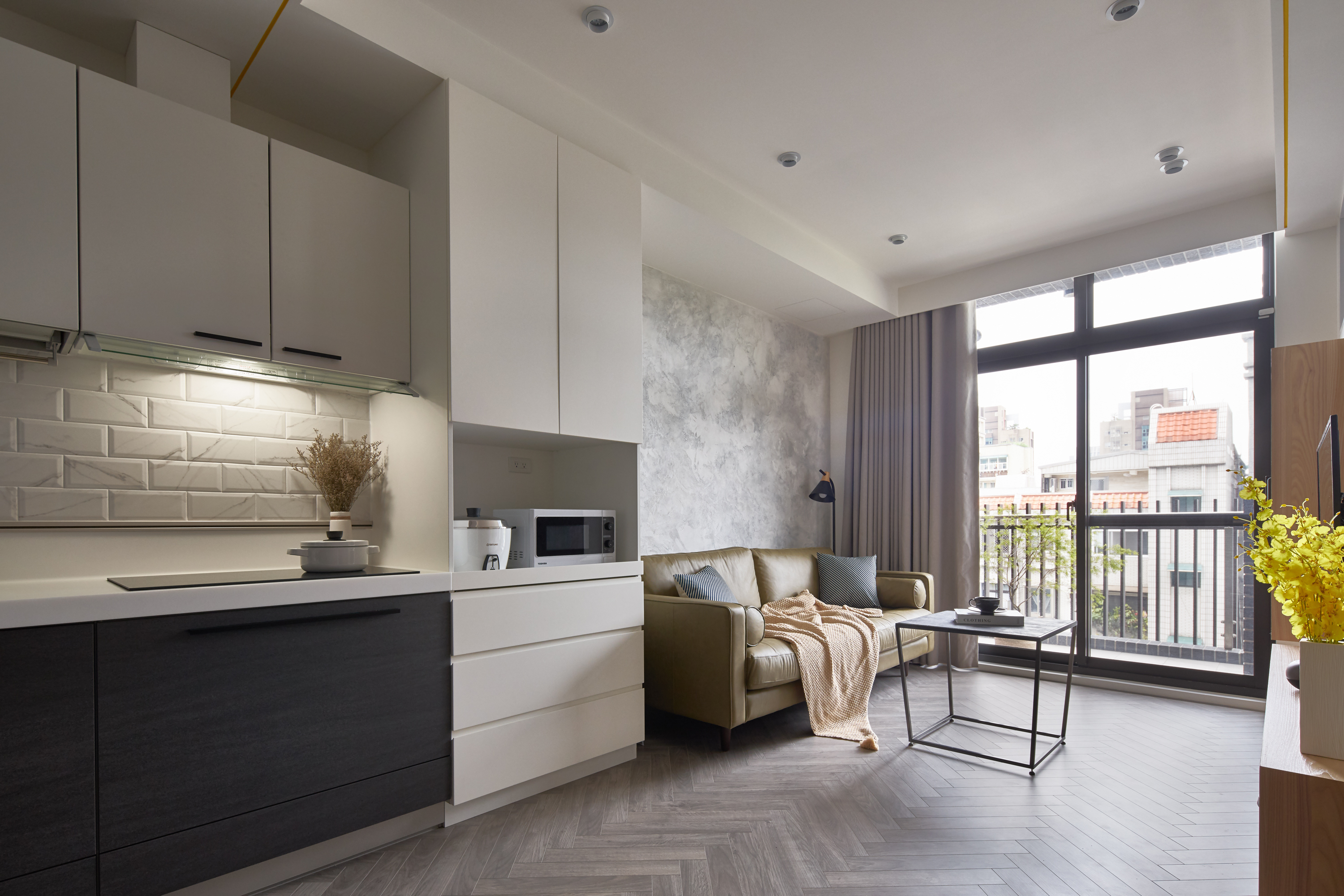 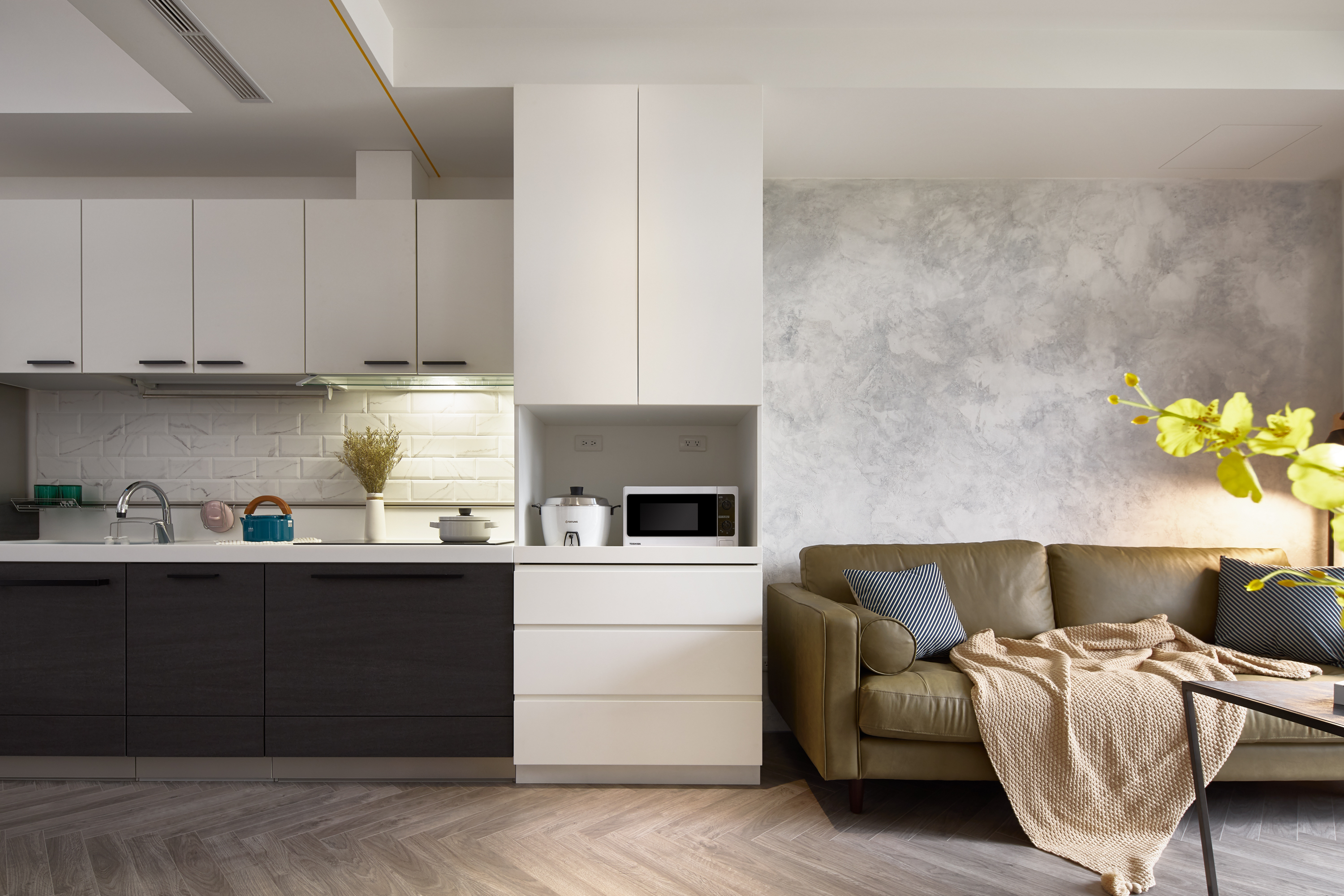 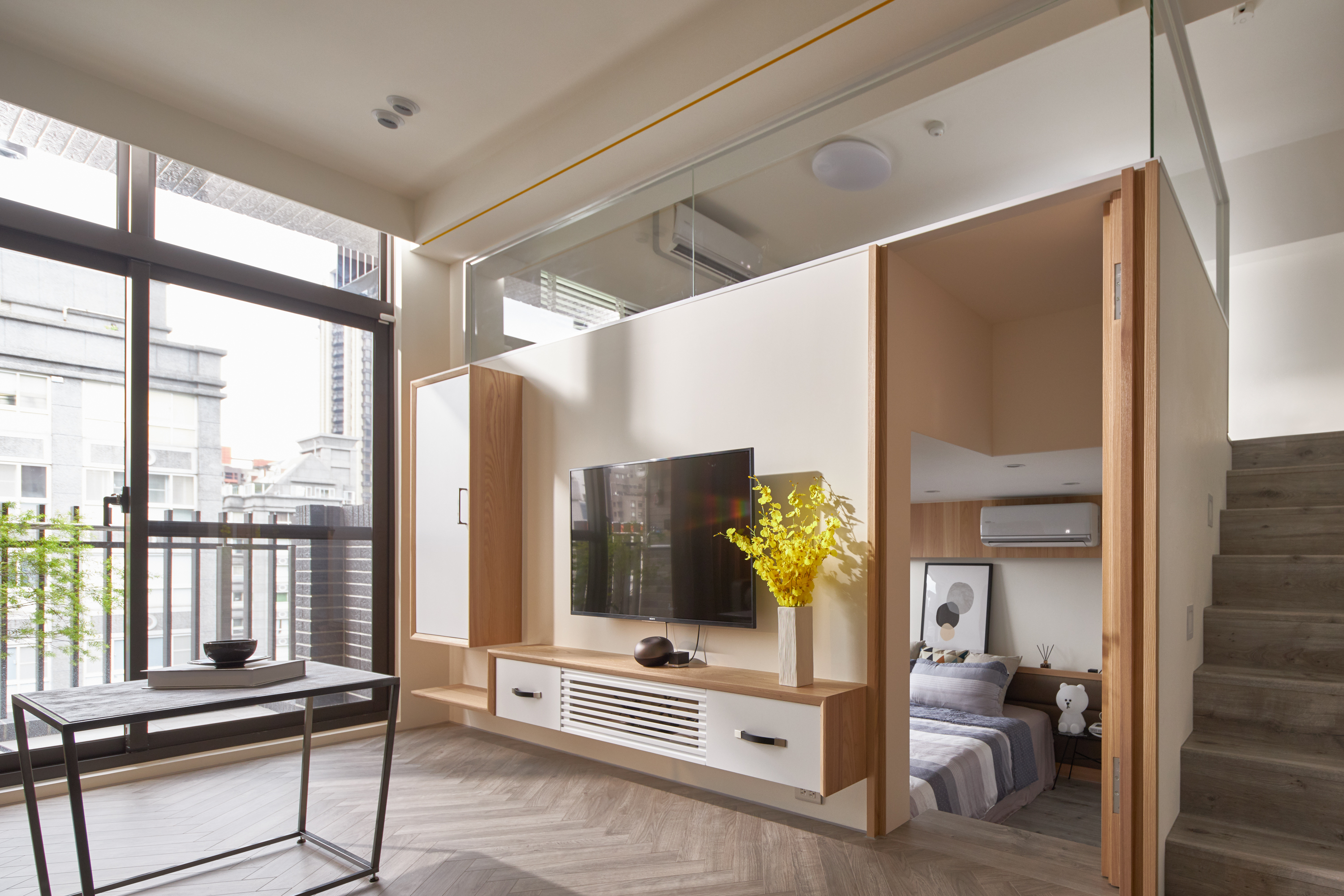 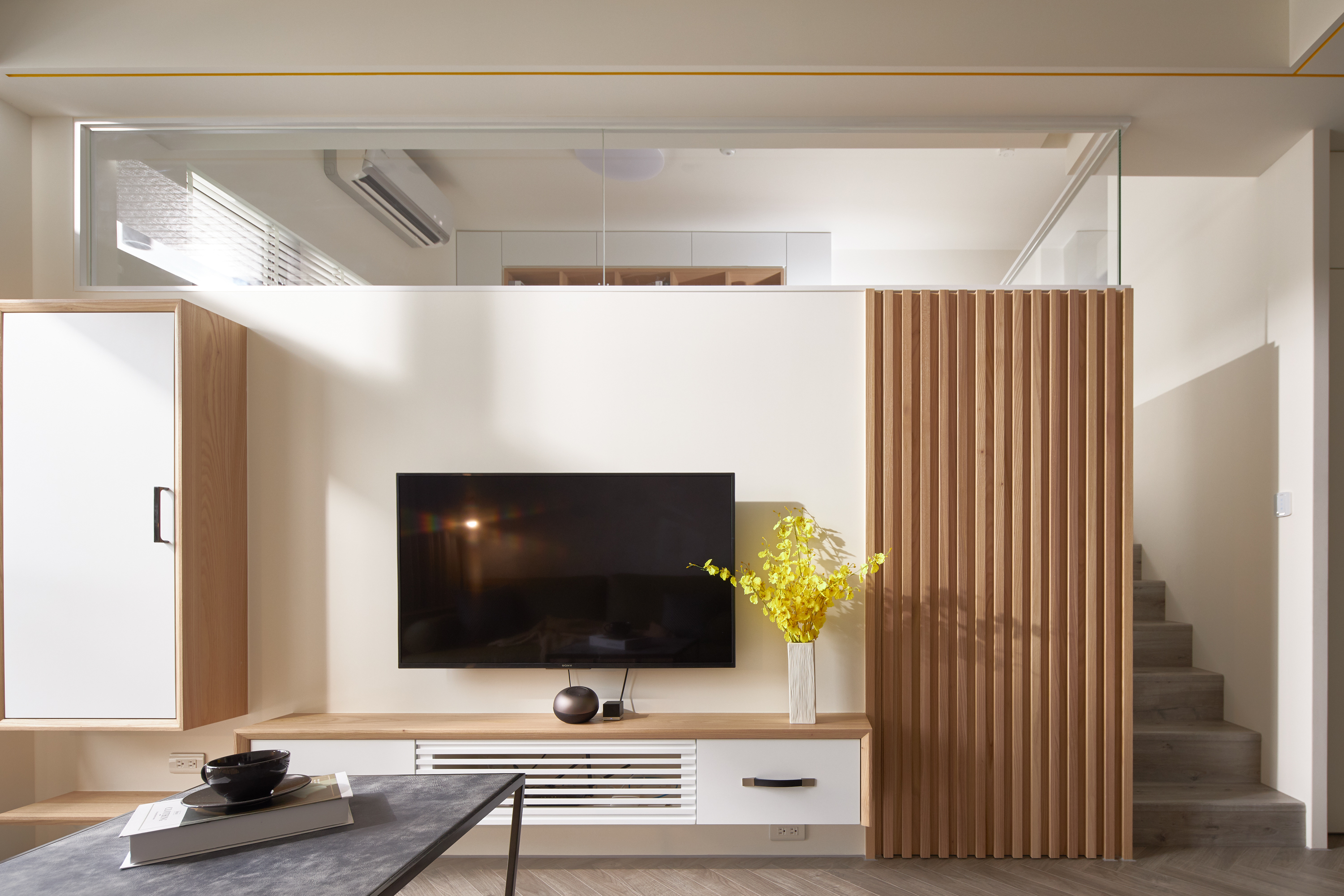 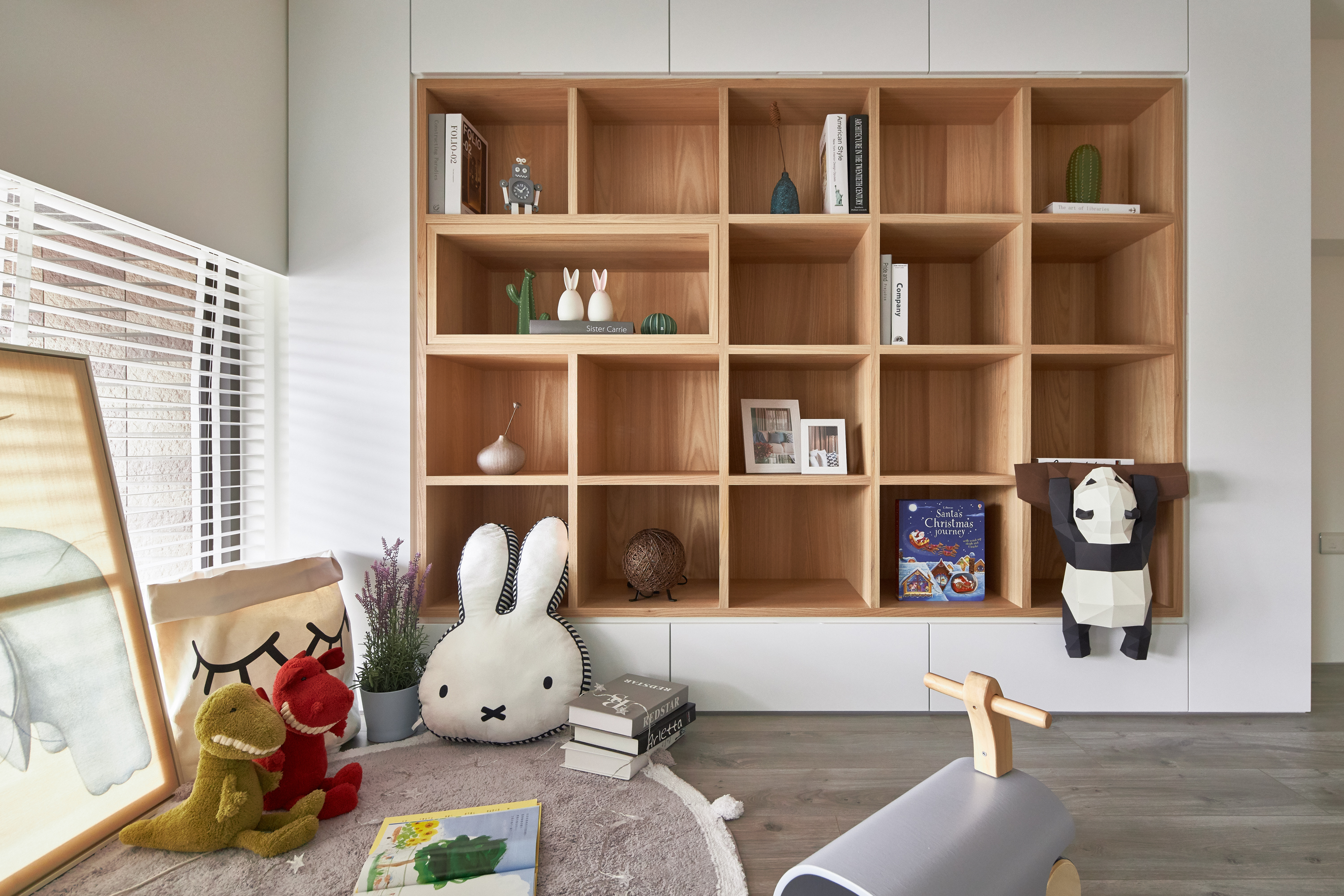 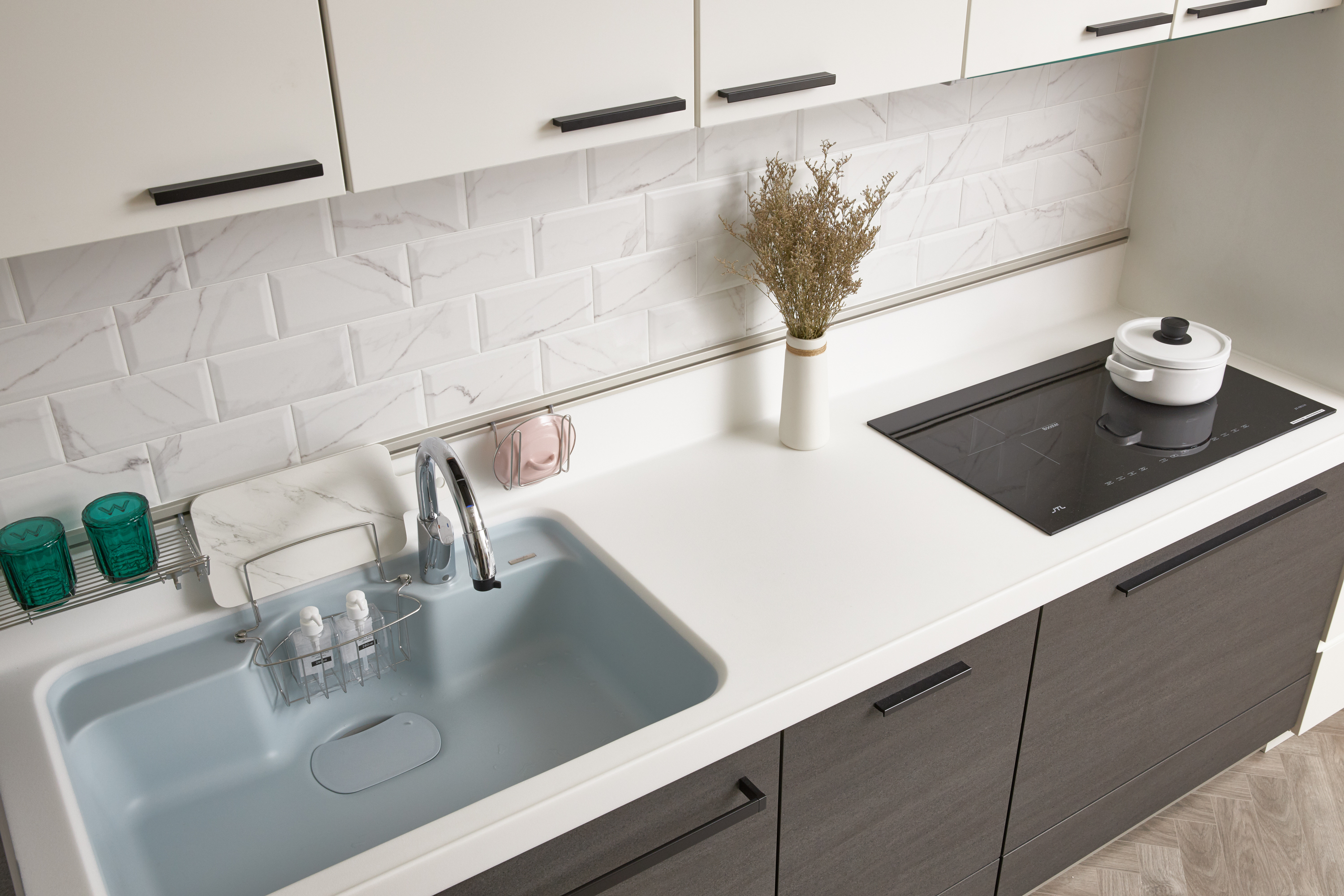 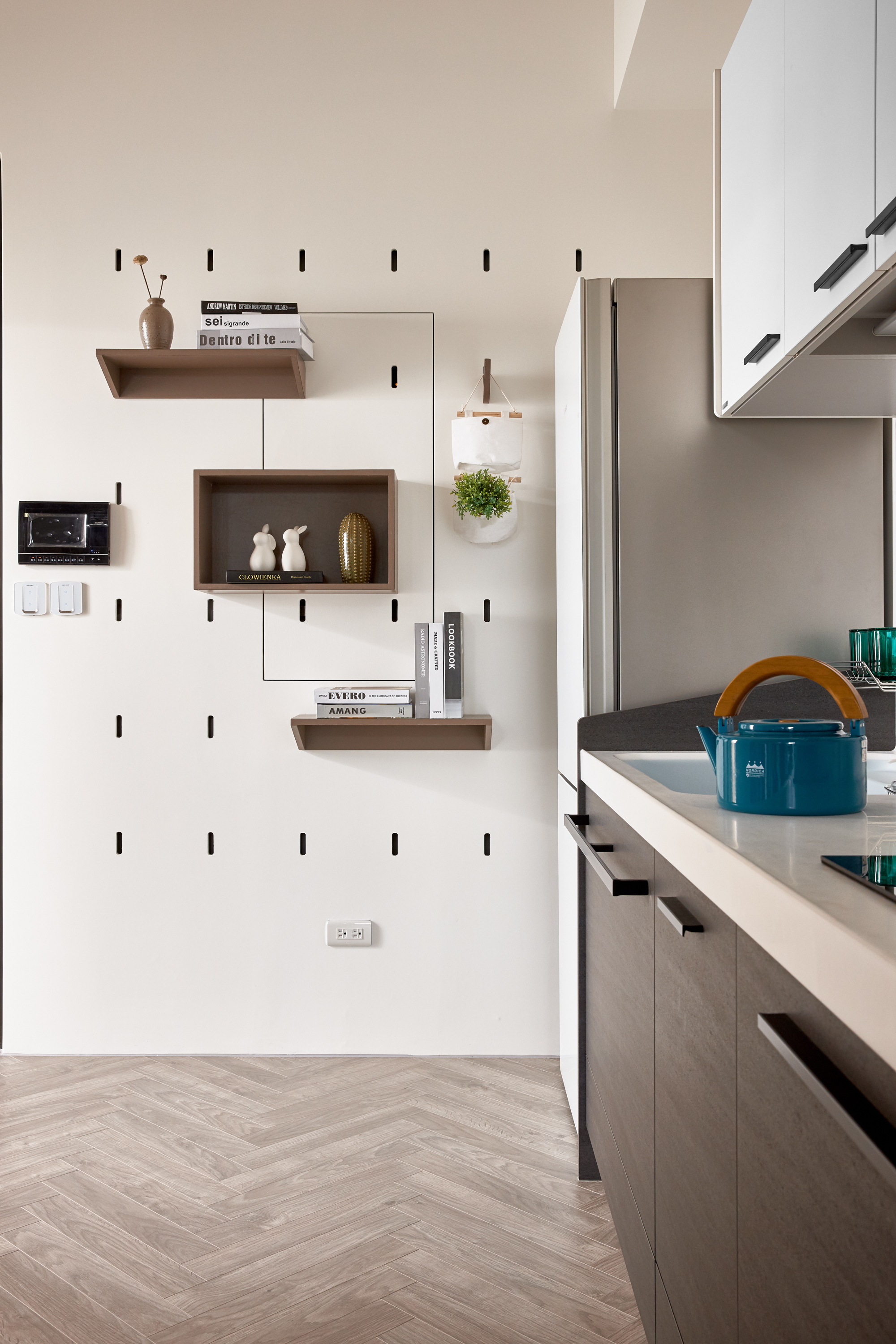 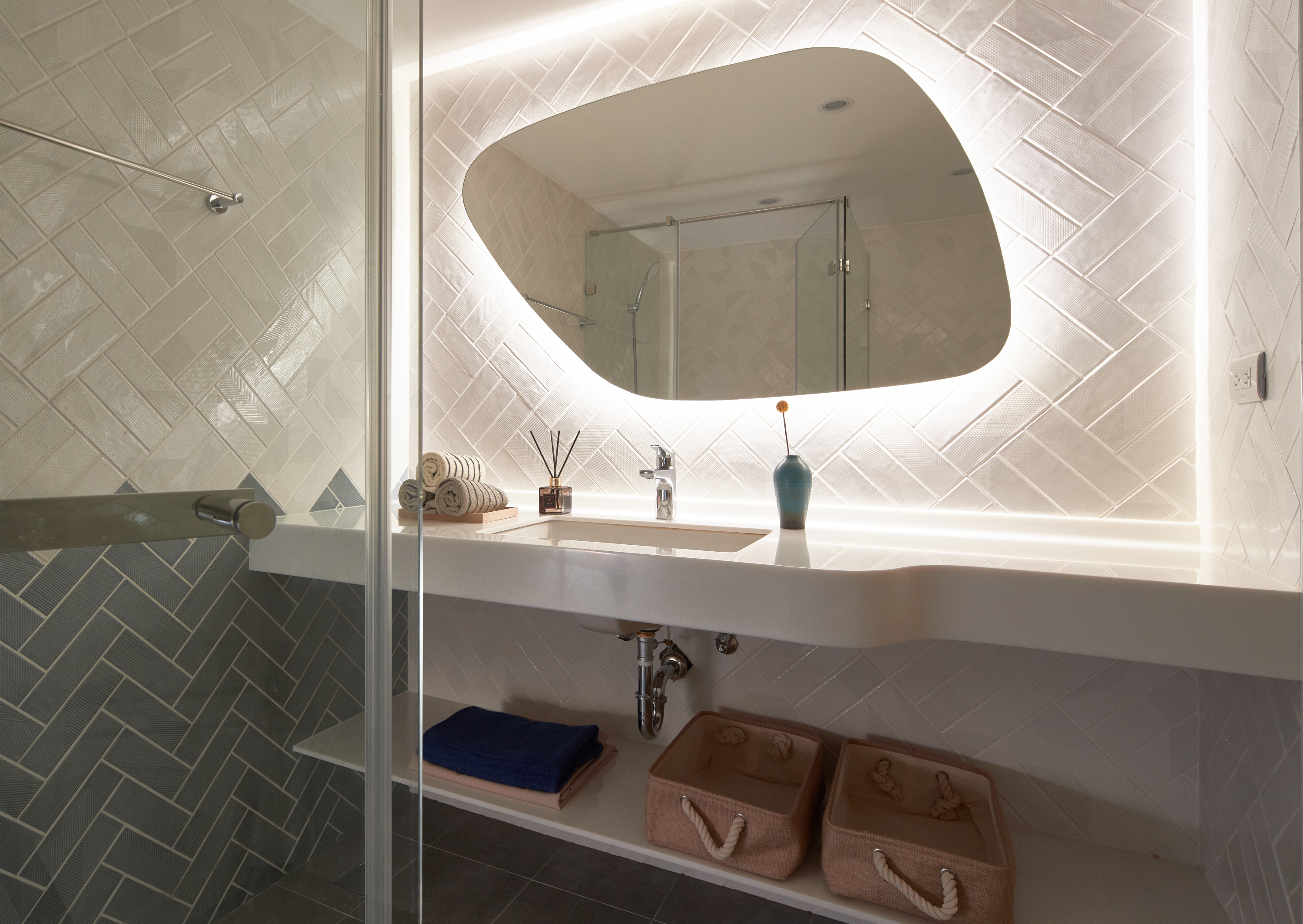 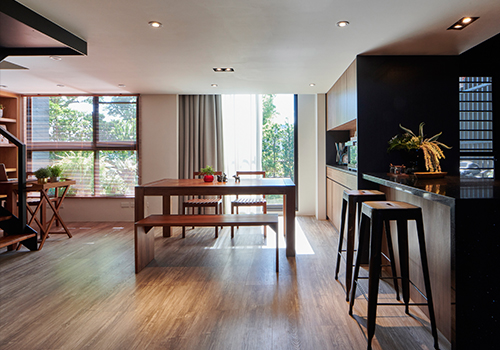 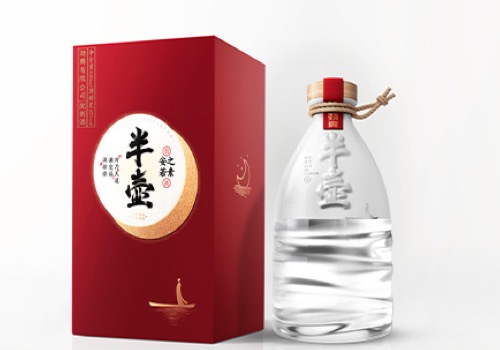 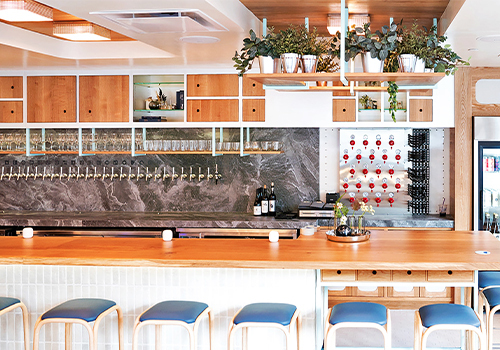 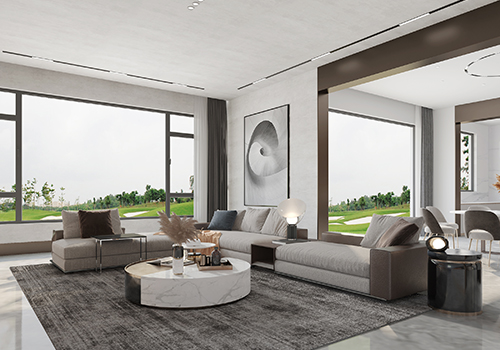