This project was inspired by a Chinese brush painting, Gathering at West Park, by Li Gonglin, a famous Northern Song Dynasty artist. This painting depicted a gathering of refined scholars, expressing a state of elegance, openness, and harmony, as well as further intensifying the sense of culture. Based on the traditional Chinese aesthetics, we mingled the contemporary Chinese aesthetics with modern fashion elements in the design to bestow upon the space with both vivid colors of modern space design and the integration of traditional cultures. For example, we took reference from the traditional Chinese image of a phoenix to design the sand table: the giant chandelier arc imitated the crown of the Chinese parasol tree, while the crystal slices were made into the shape of phoenix’s feathers. The shape is gorgeous, shiny, and crystal clear. Contrary to the illusory Zen style that is popular in China, the contemporary Chinese style adopted in our project entailed specific details, such as the abstract mountain-shaped lamina on the wall, grayish orchid pavilion stone on the floor, and the bamboo grove as well as the hill-shaped leather carvings in the sand table. All of these symbols are compatible with each other and create a poetic scenario of an ancient scholar gathering. 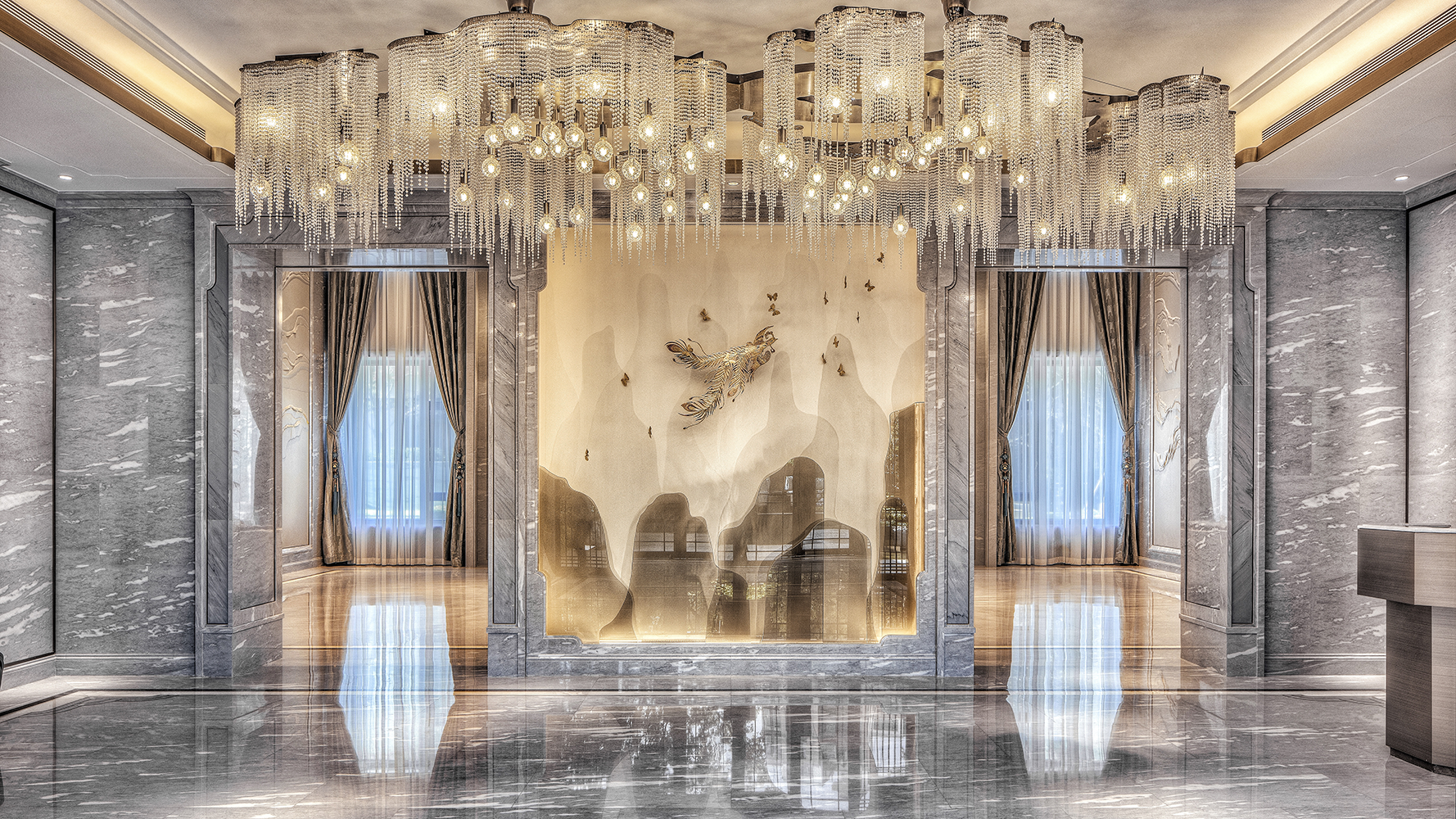 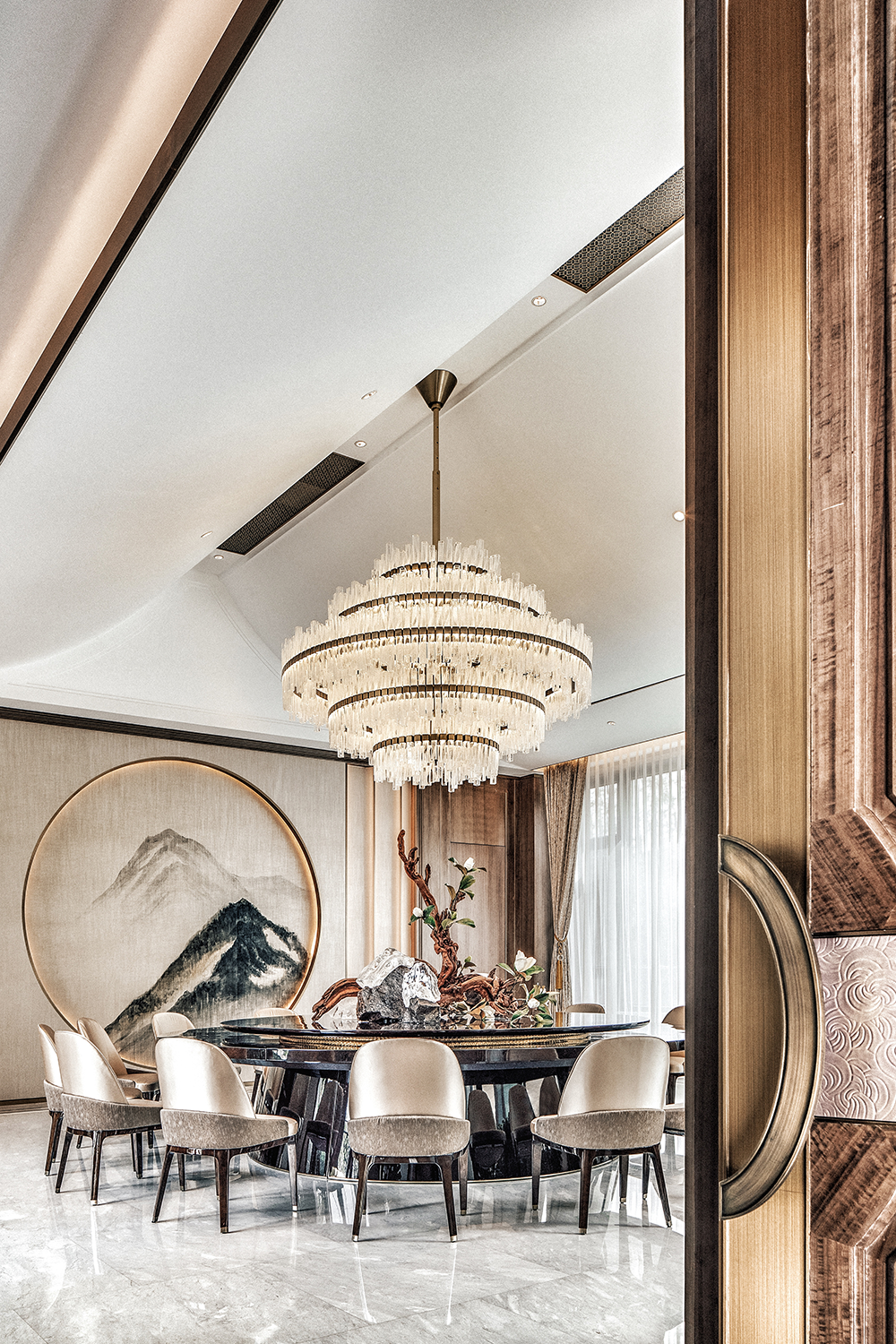 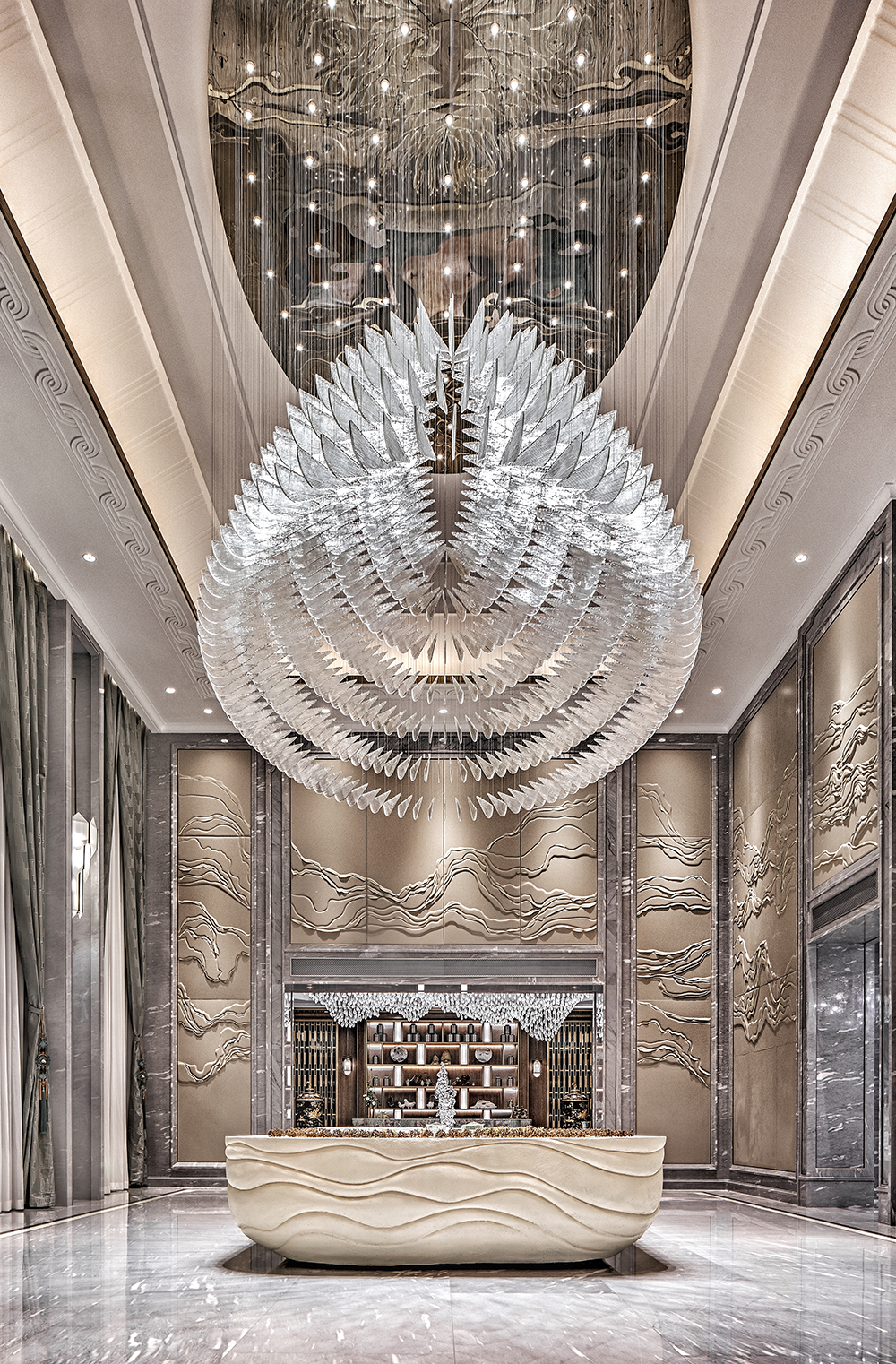 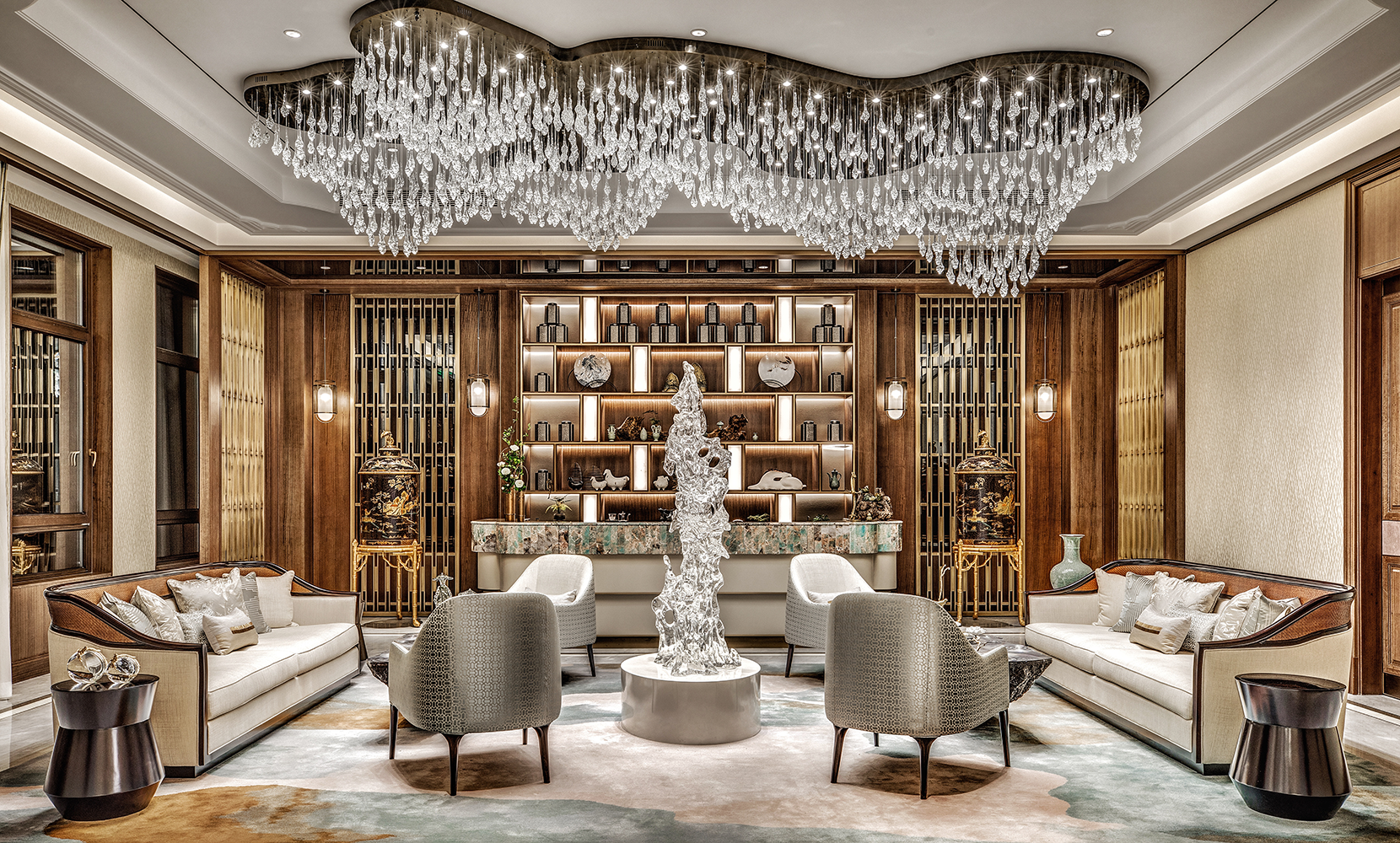 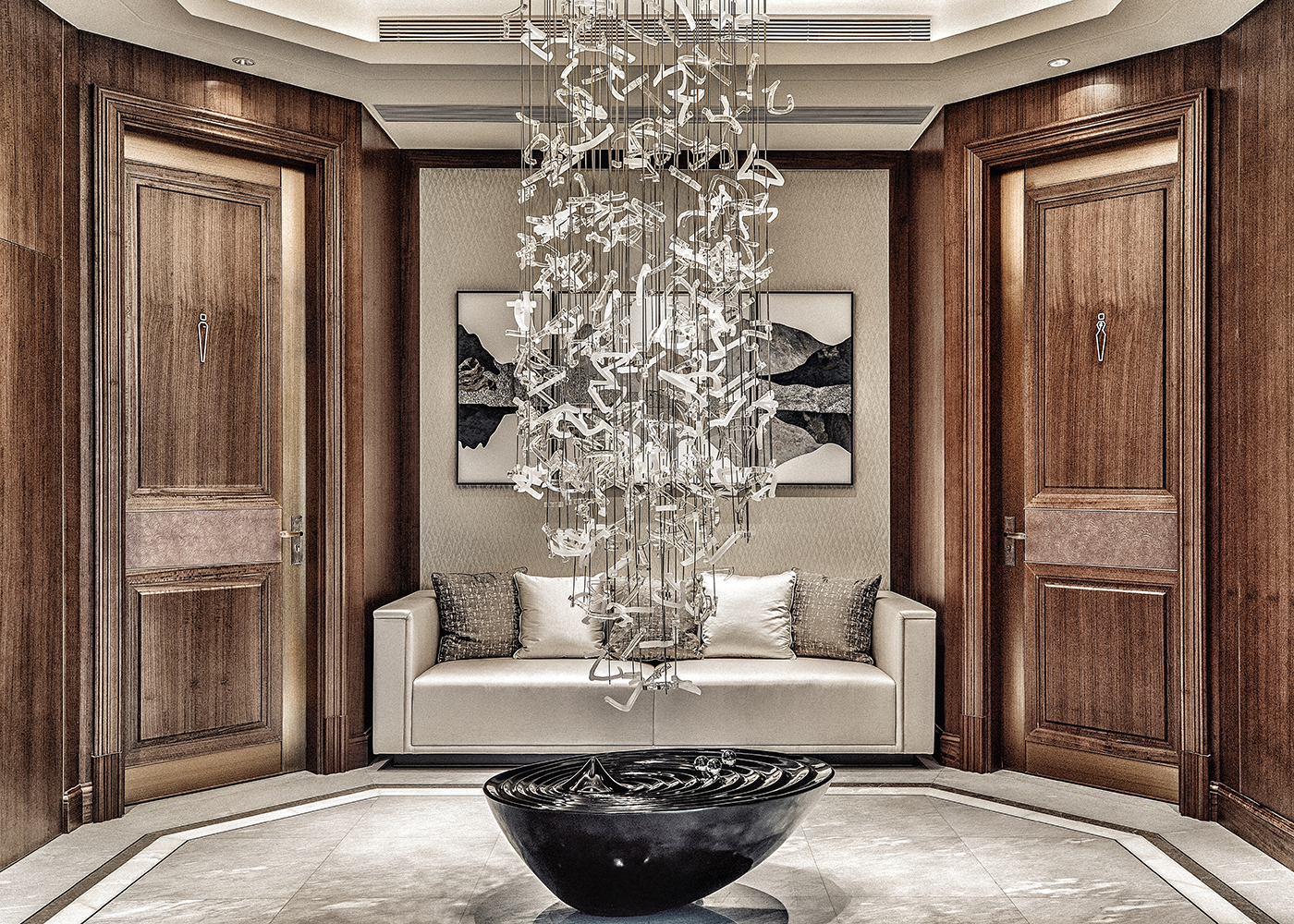 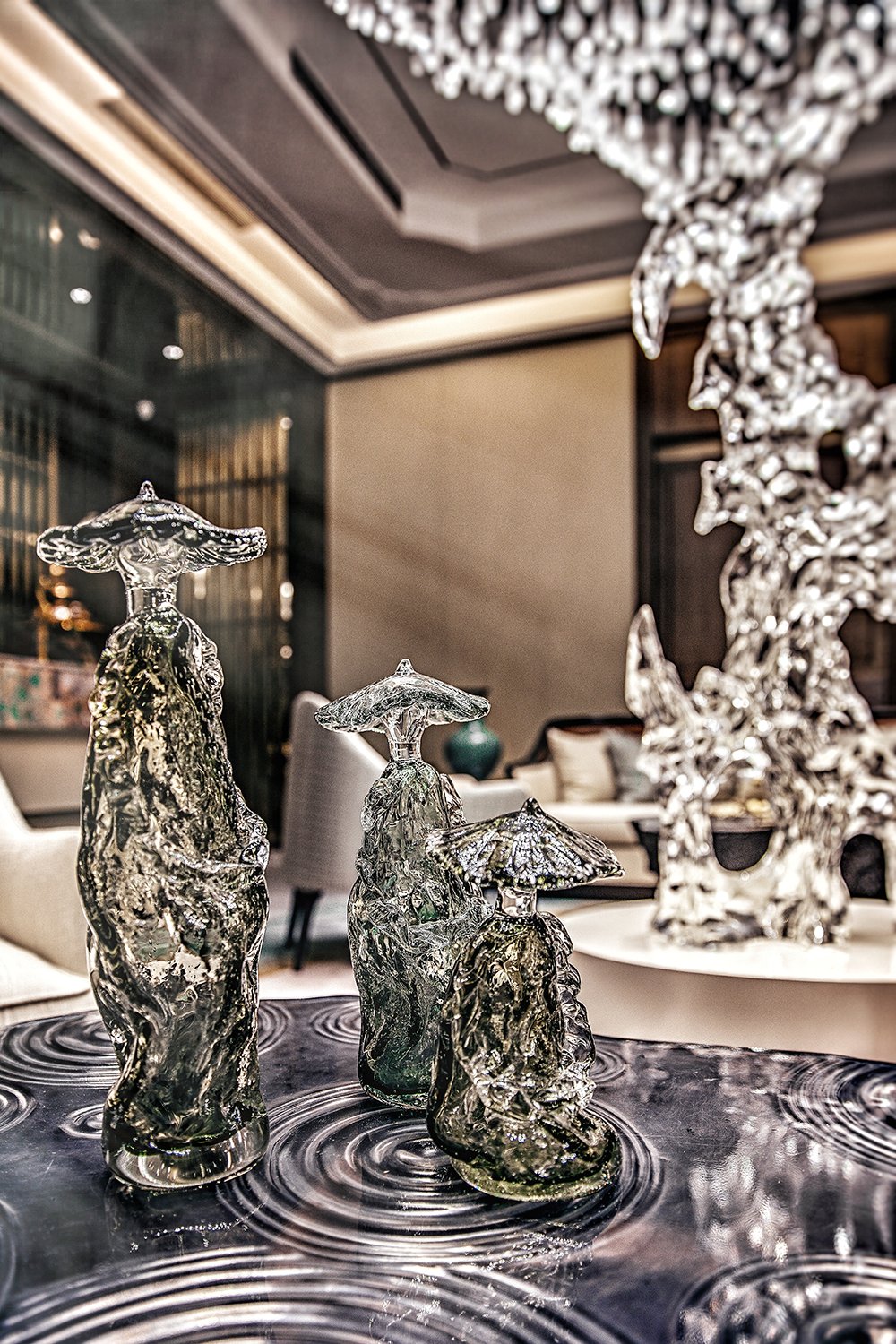 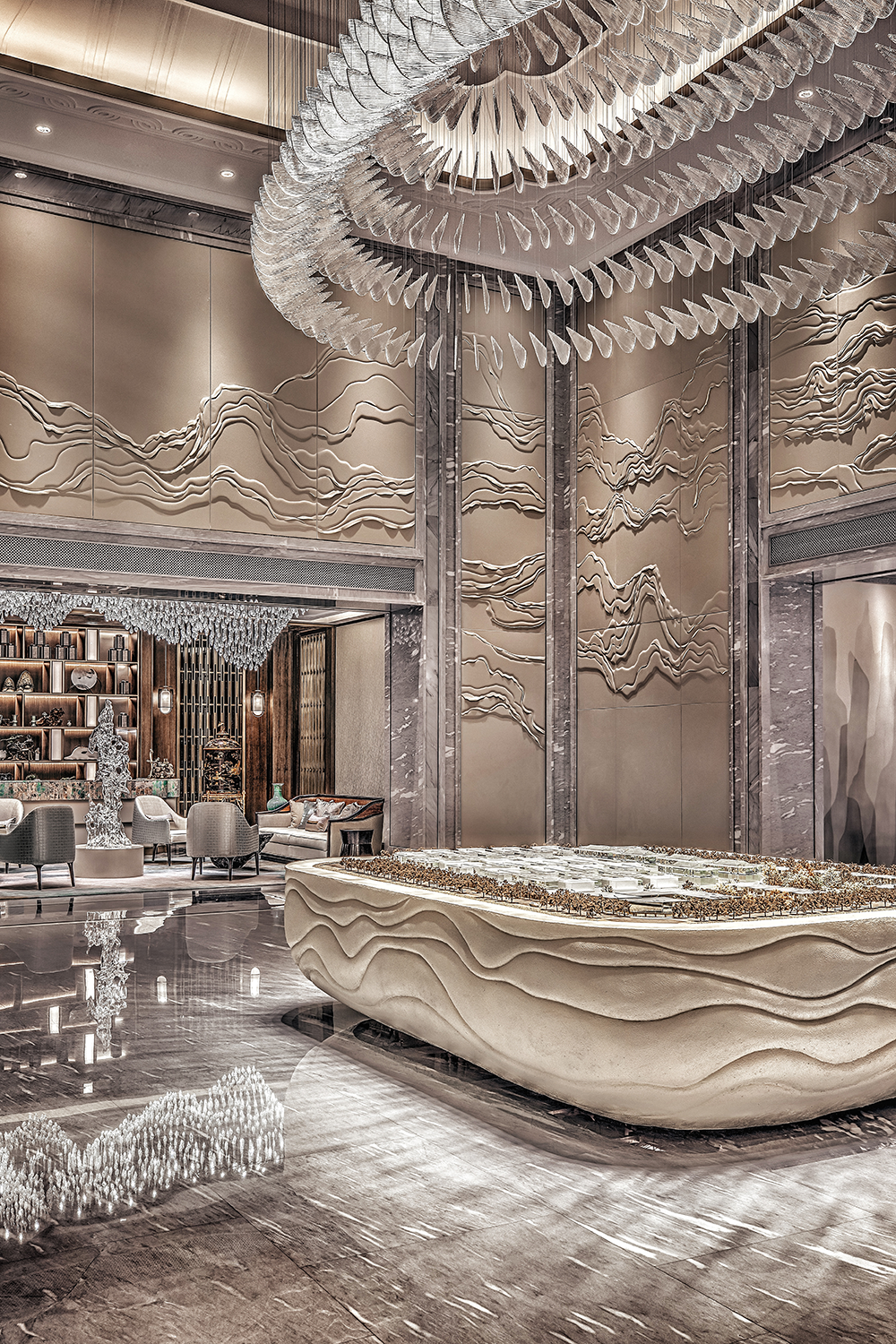 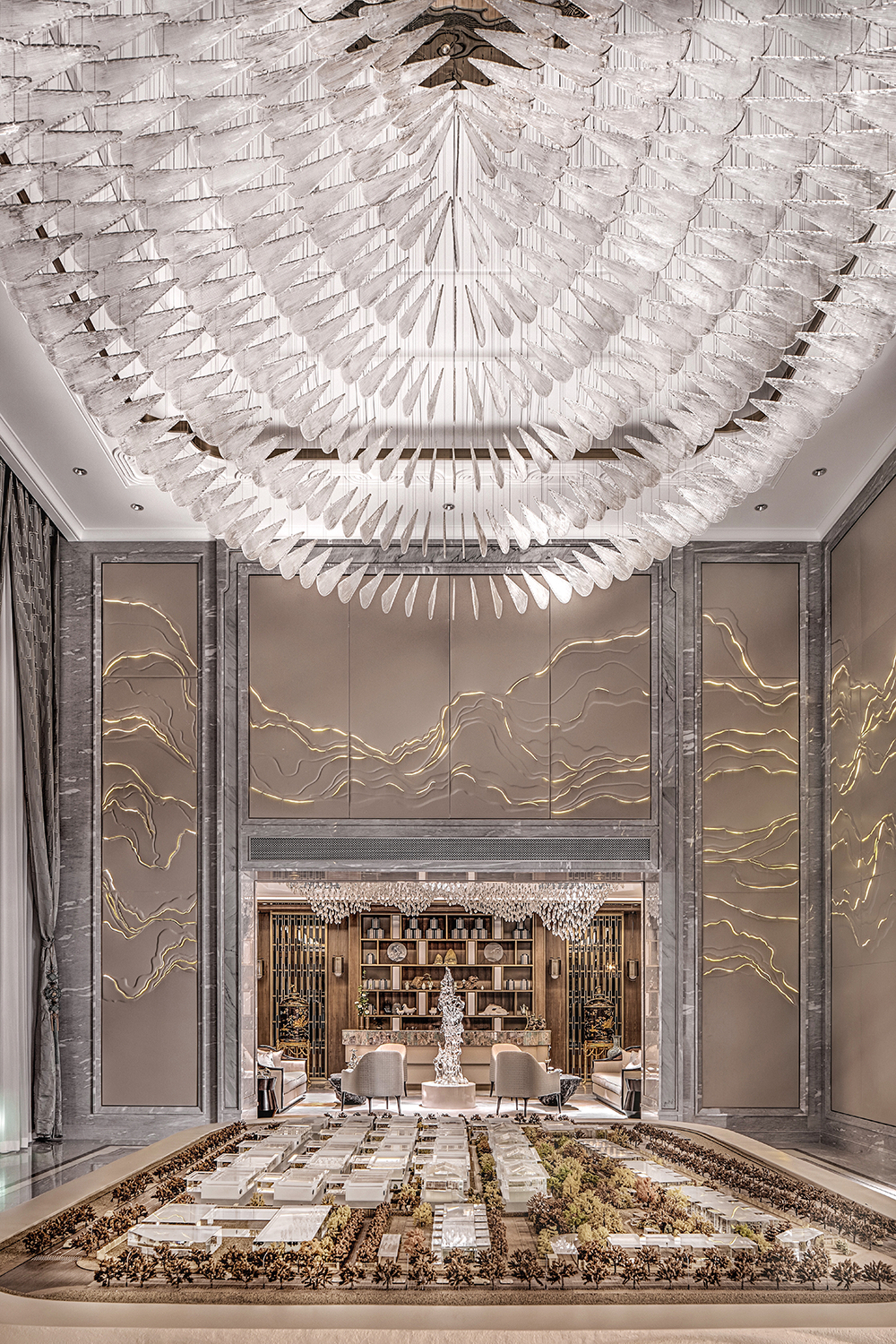 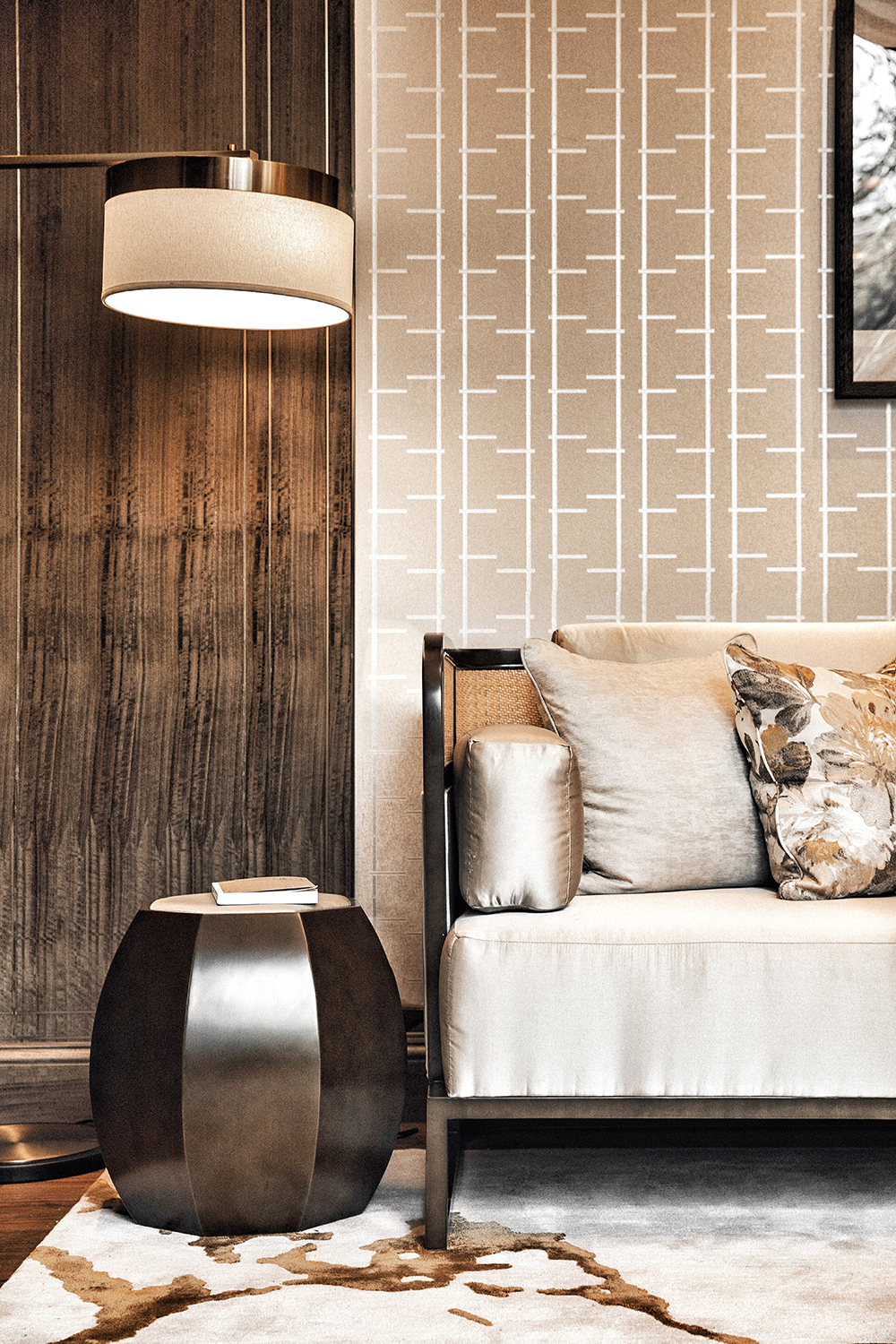 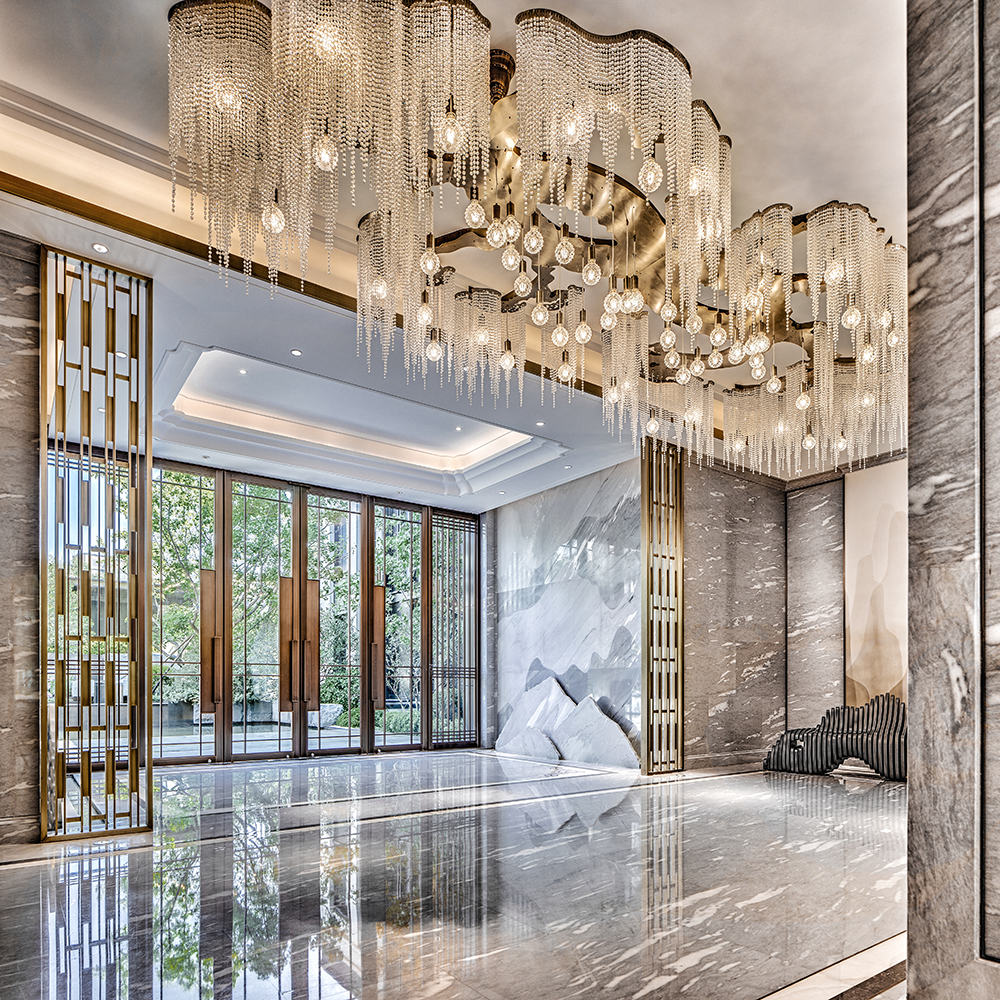 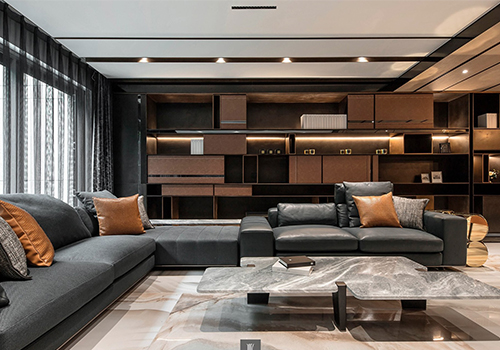 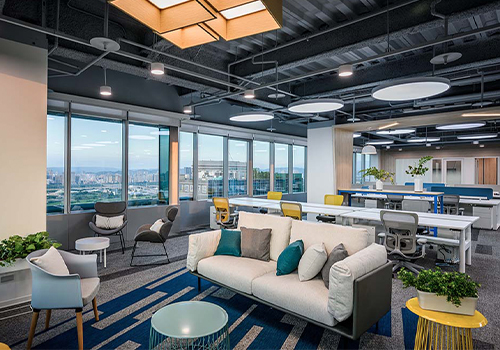 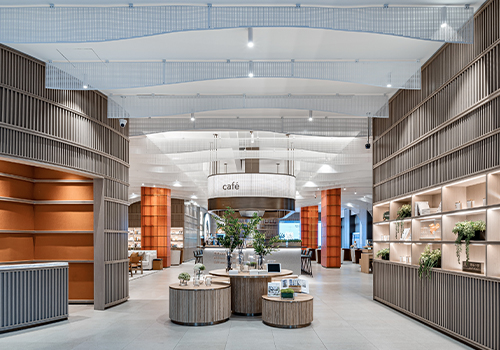 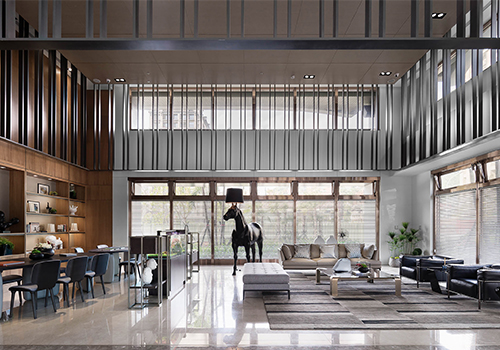