This case is a landscape renovation project that connects the Hakka Ancestral Hall with the commercial district. In the Lingnan area, people live in compact communities, and ancestral halls are the sustenance of family blood ties in villages. So over the years, there has developed a unique ancestral hall culture in the area. In the renovation process of the Shenzhen Vanke Tianyu project, the ancestral hall is taken as an entity in the inheritance of the cultural memory and a realistic reflection of the historical features. It is reasonably developed and updated to keep pace with the times, on the basis of preserving the basic historical appearances. The project starts with the Lingnan culture and architecture. Through extracting interesting space scenes in daily life and taking comfortable street scale as a design element, it ingeniously brings the elements of rural settlements, pastoral farms, folk custom culture, and architectural symbols into the public areas outside the ancestral hall to integrate the old and new sceneries. The landscape spatial layout is exquisite, enriched from the inside to the outside. It makes clever use of the Lingnan characteristic cultural elements, such as the gable walls, bucket arches, blue flagstones, black bricks, tiles, oyster walls, farm tools, Lingnan carving patterns and glaze mosaics and, through design remodeling, melts them into the landscape design. Trees make a pleasant shade in the garden that perfectly mingles the dynamic and the static. At the junction of the ancestral hall square and the commercial street, the waterscape serves as the boundary in reference to the traditional layout of the ancestral hall architecture, to balance the artistic inheritance and commerce intersection. Green bamboos are planted between the walls to form a unique hollow wall bamboo landscape, which does not occupy the yard area, but blocks the dust outside the garden. The old and new, natural and artificial, exquisite and simple, have all responded to nature with humility, seeking the beauty of balance and appropriateness. The trip to explore the cultural and historical lines of the ancient town starts here. 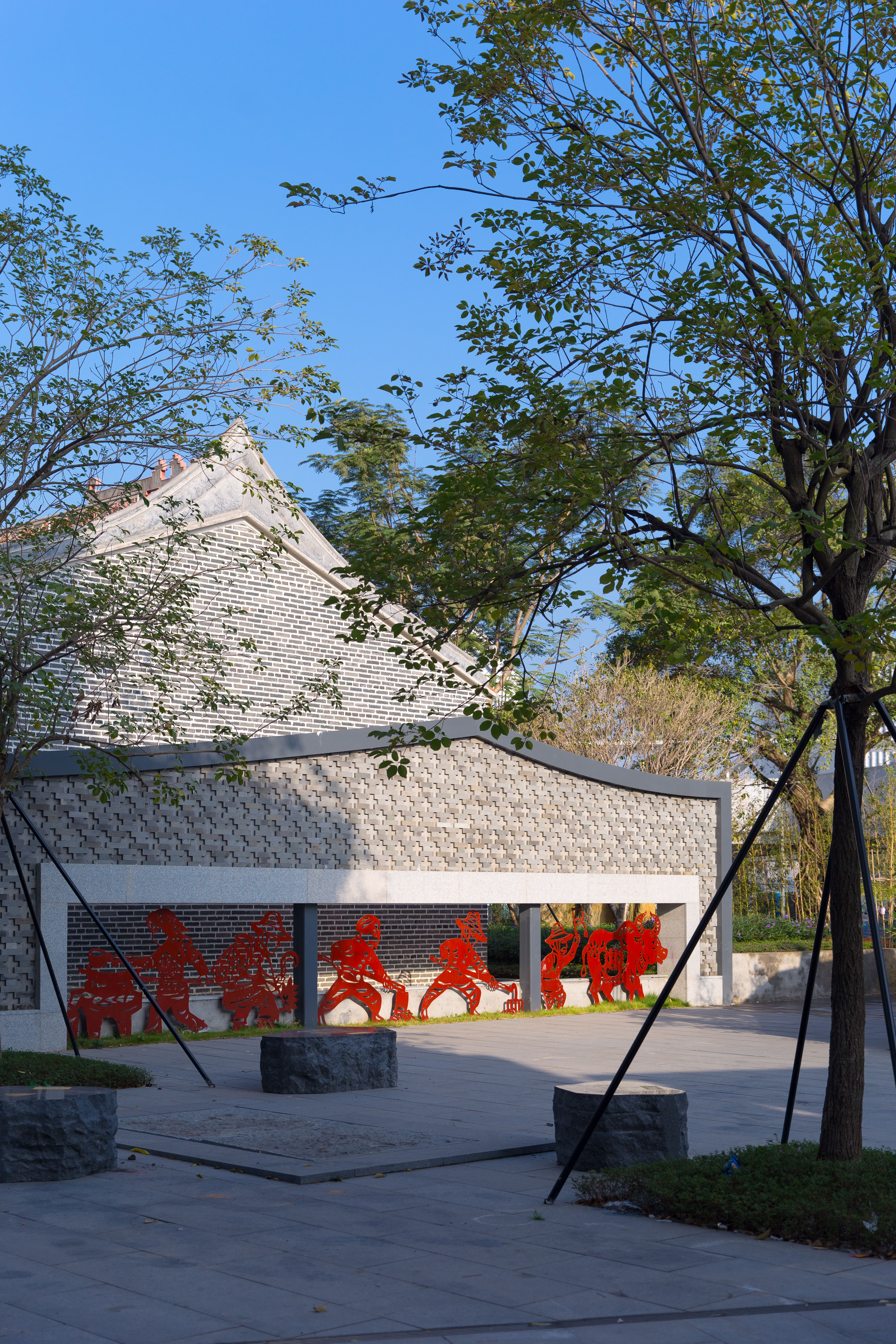 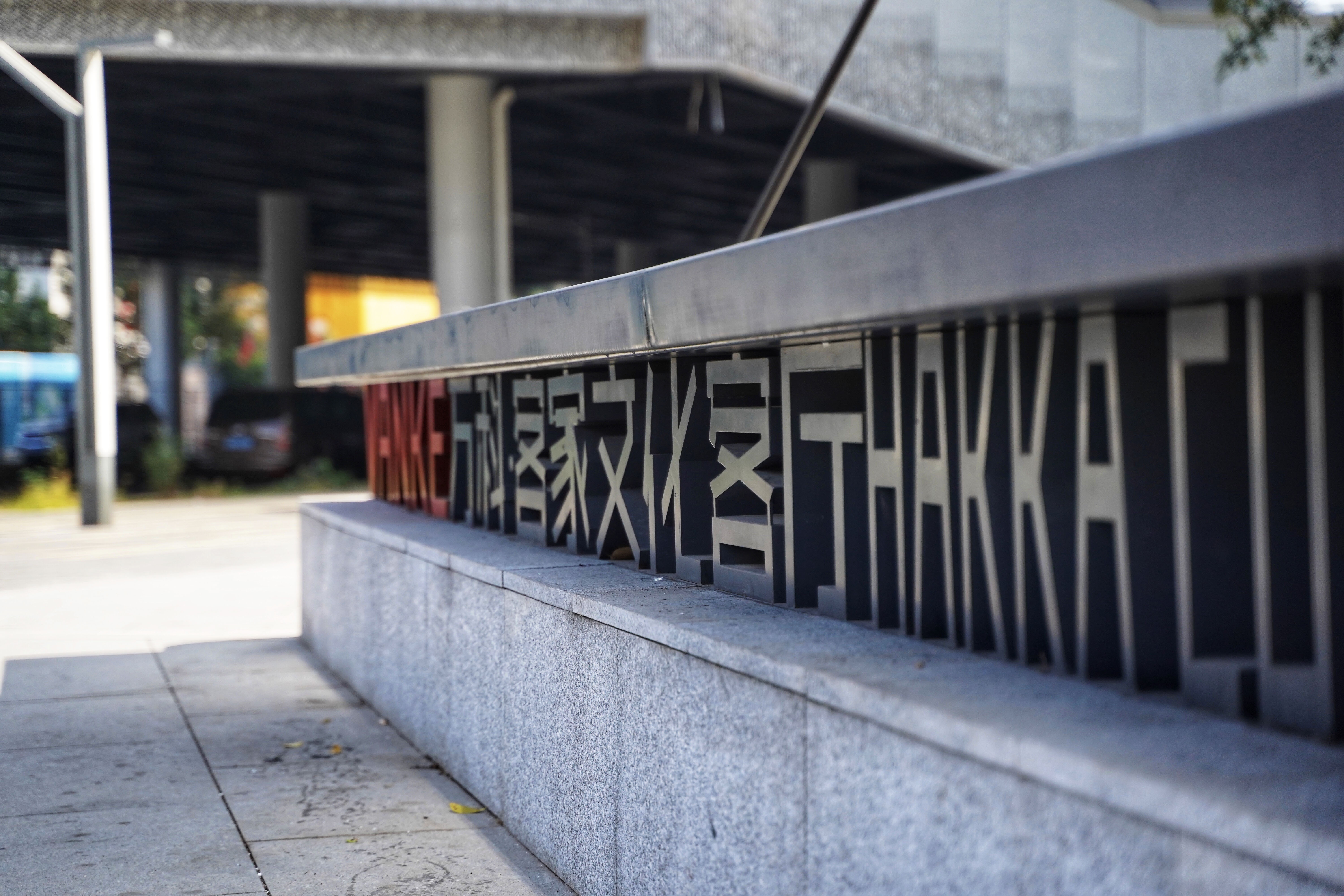 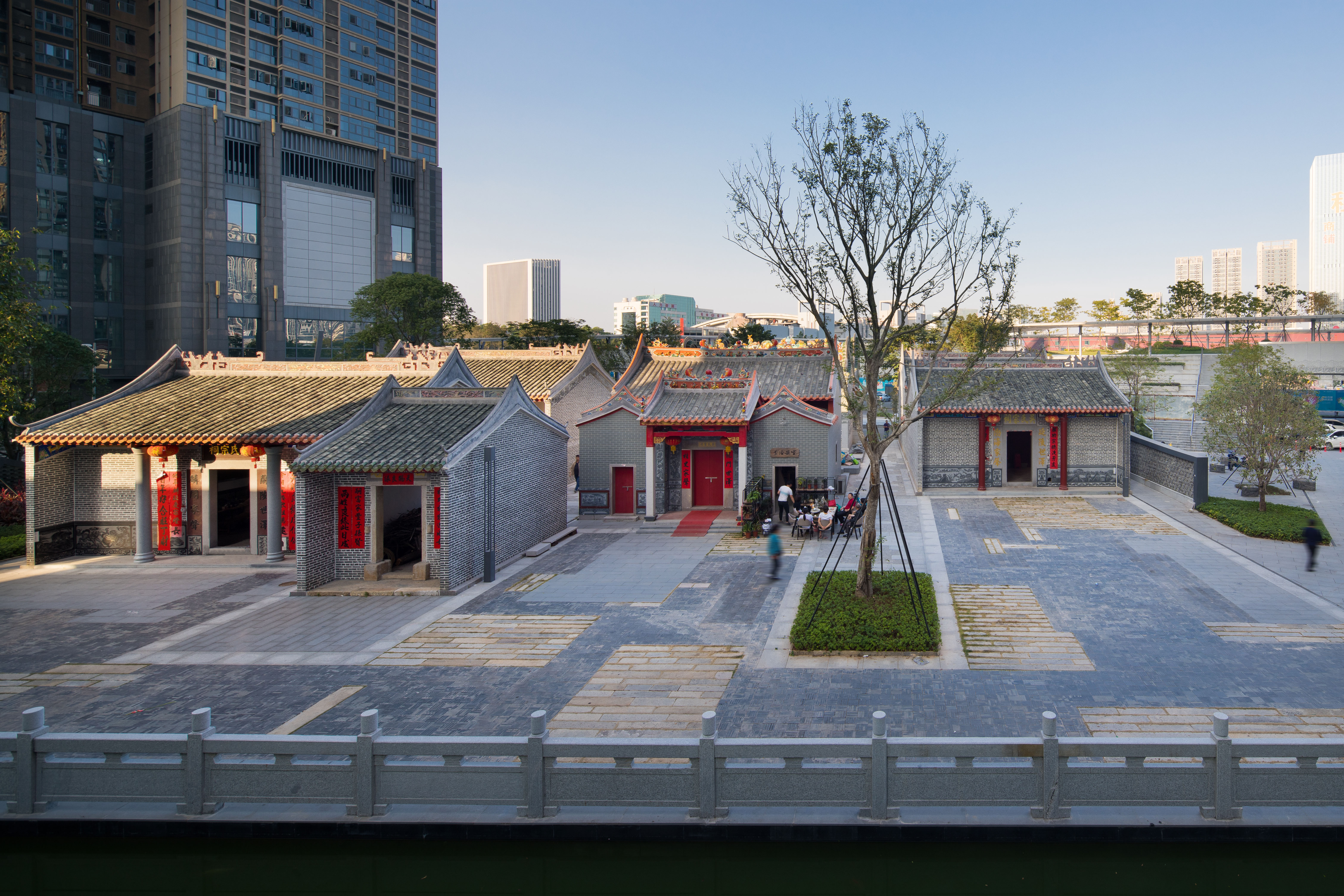 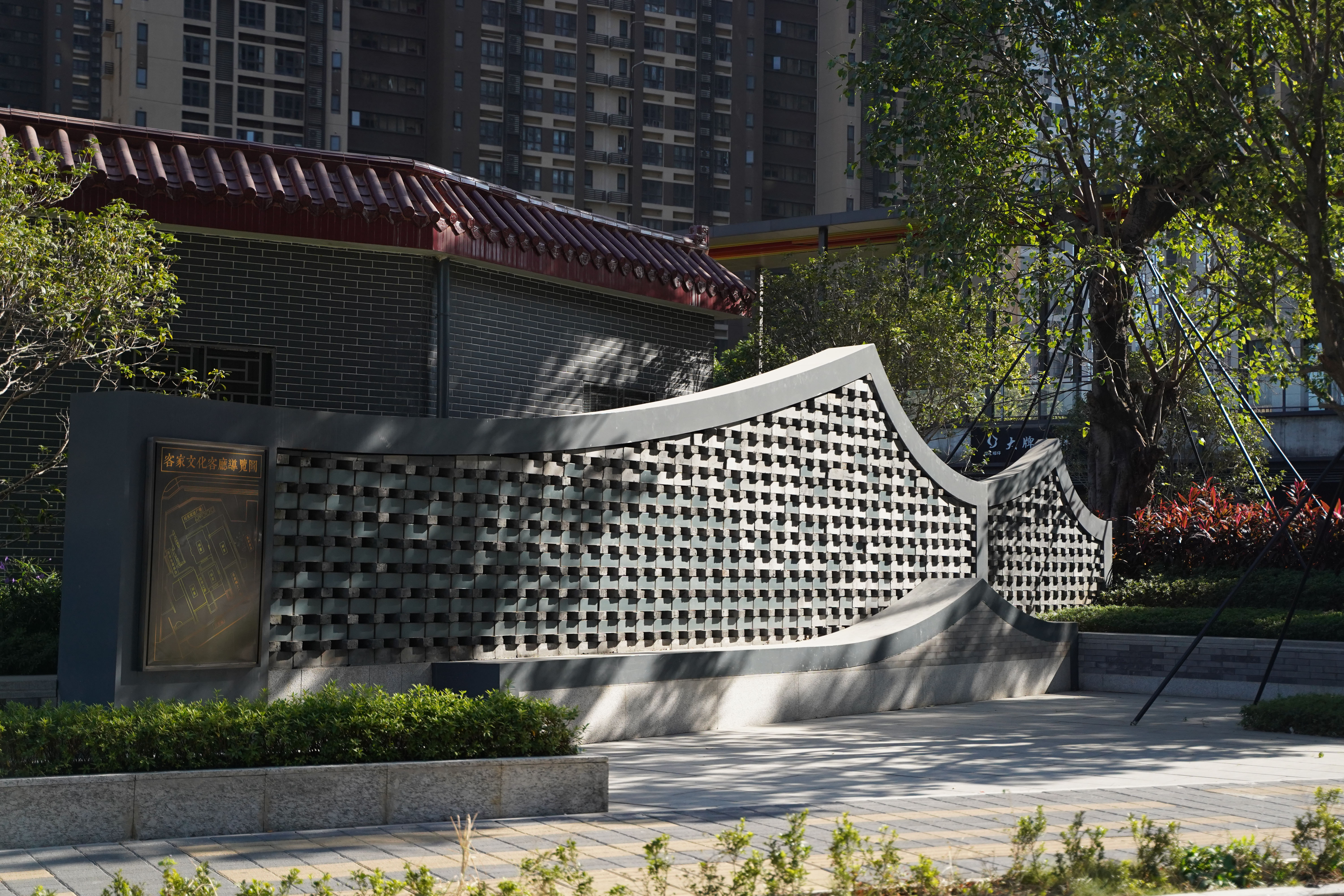 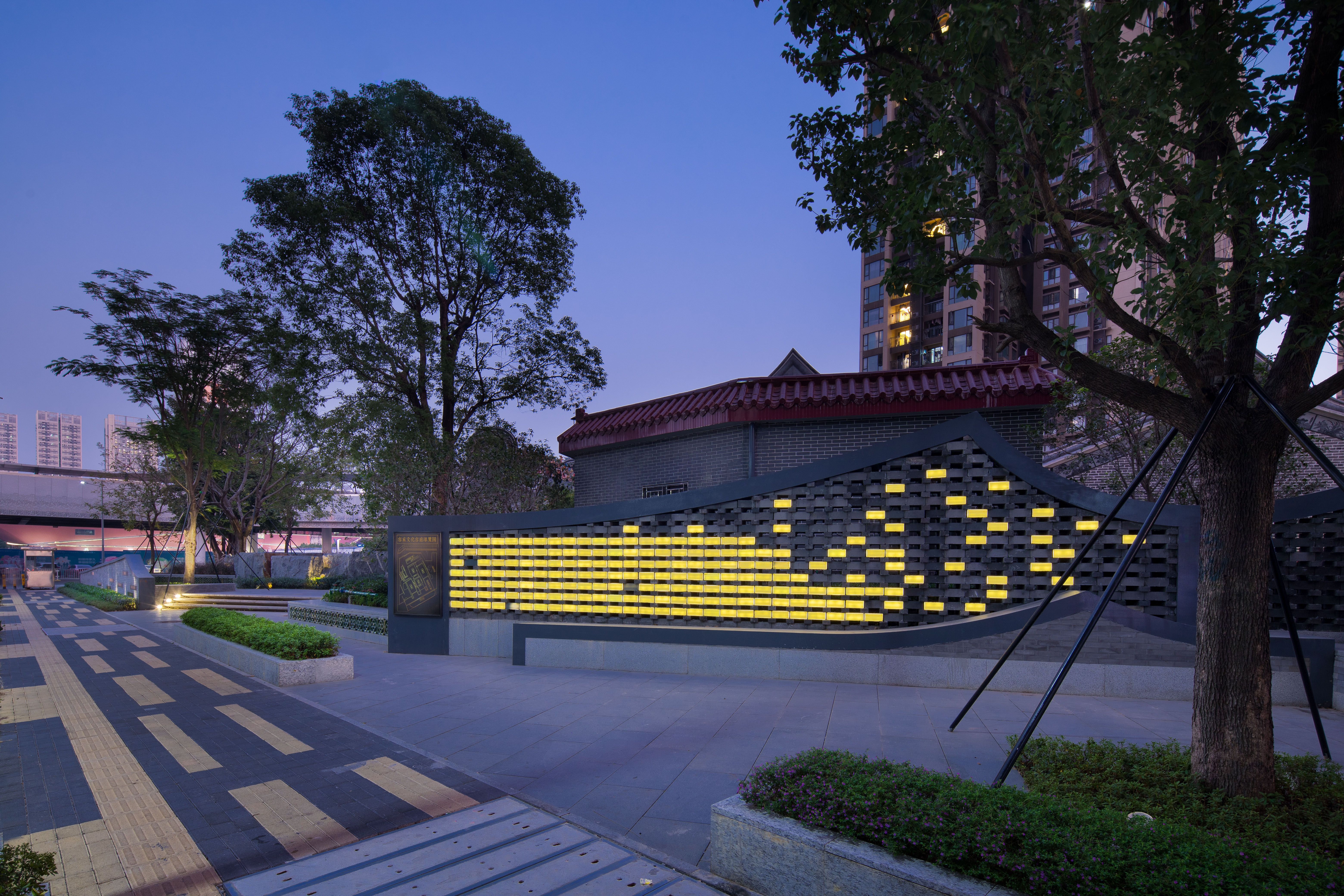 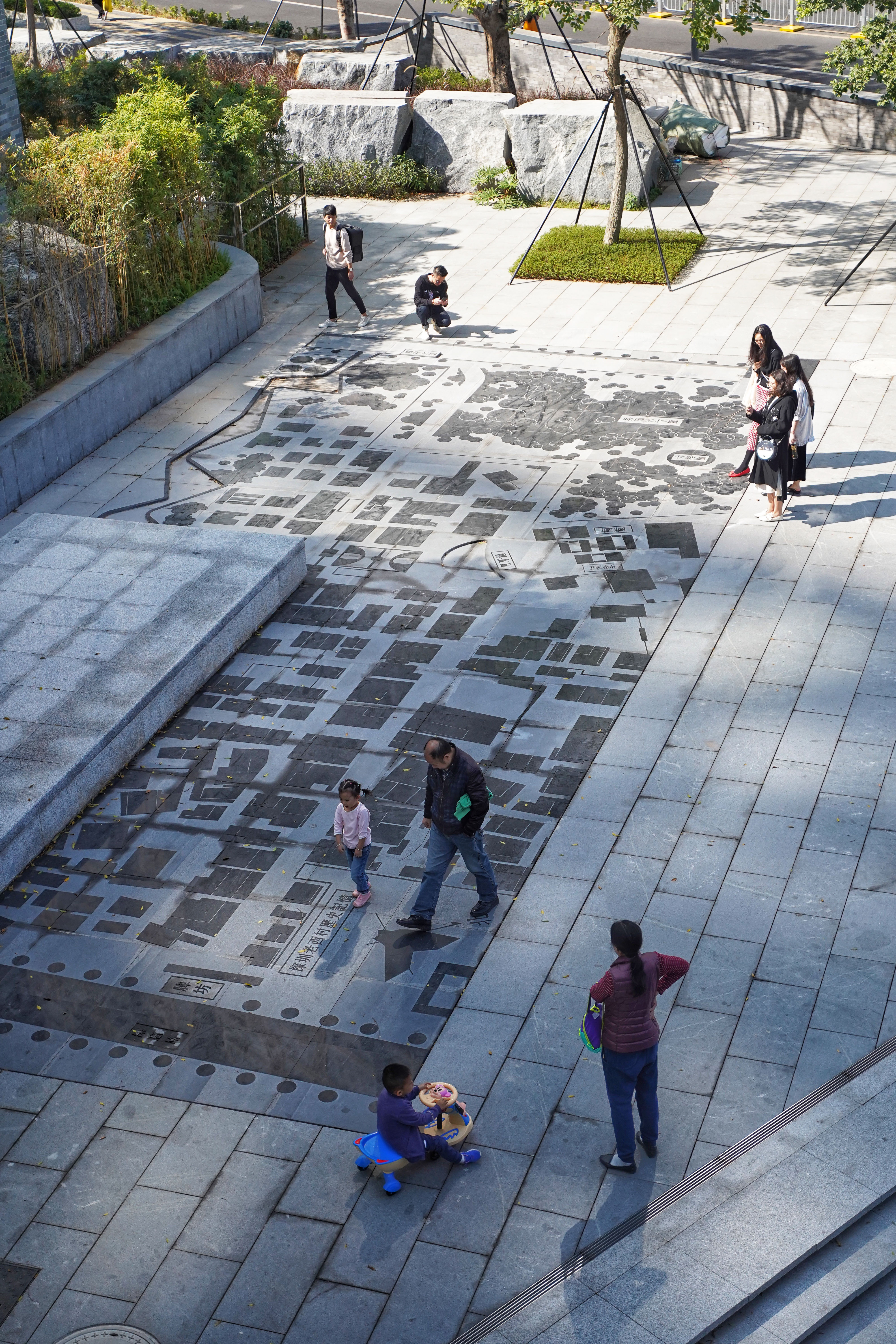 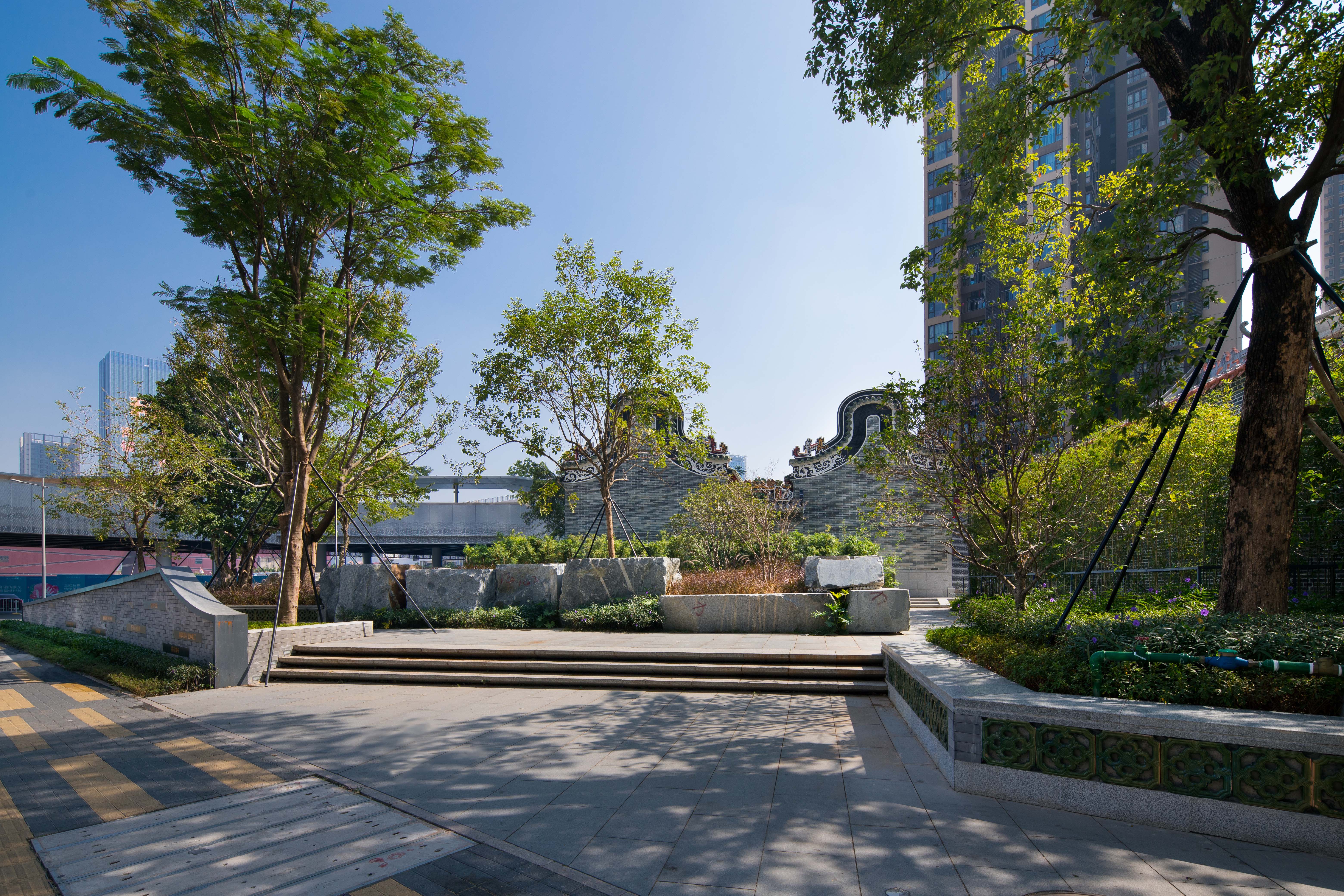 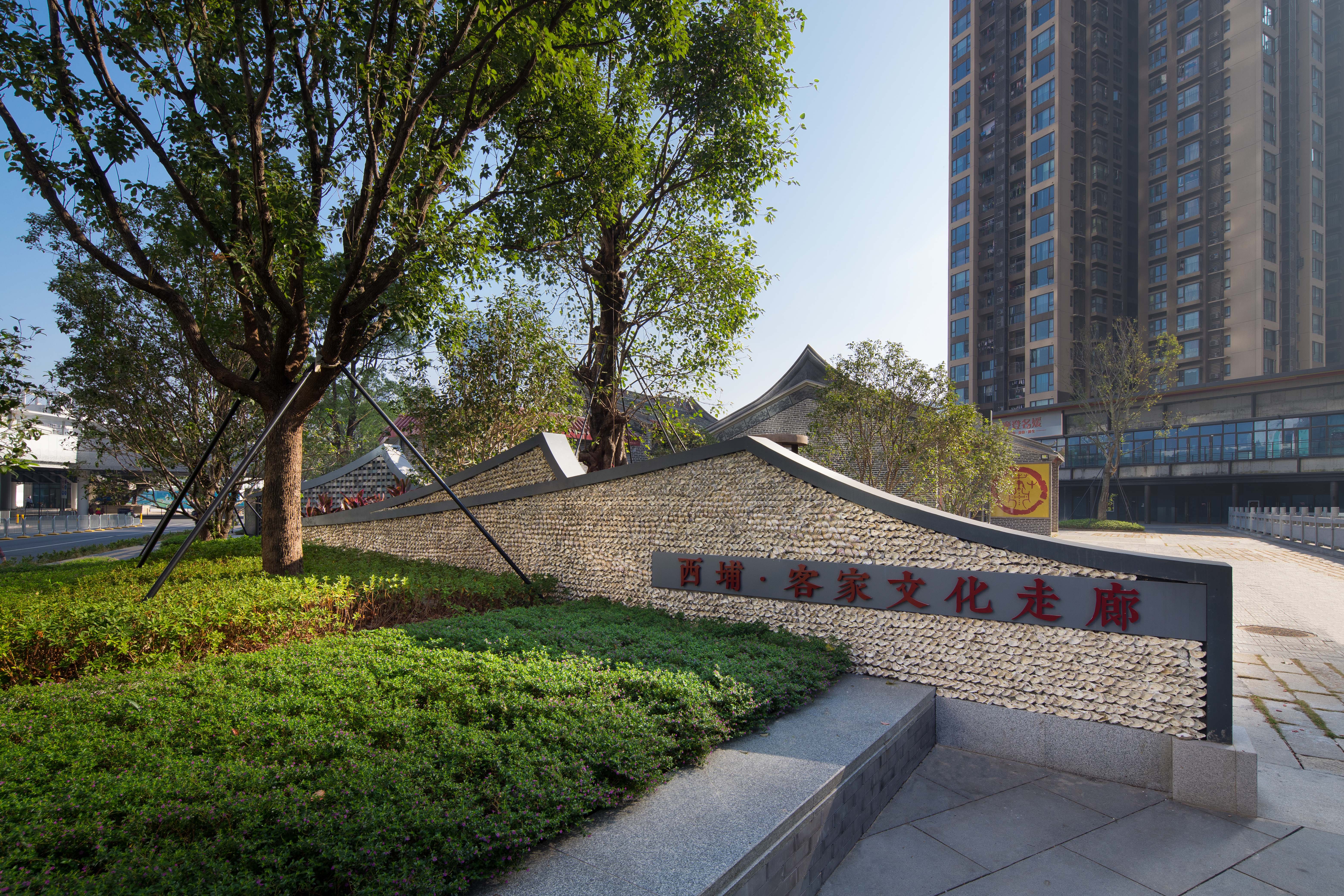 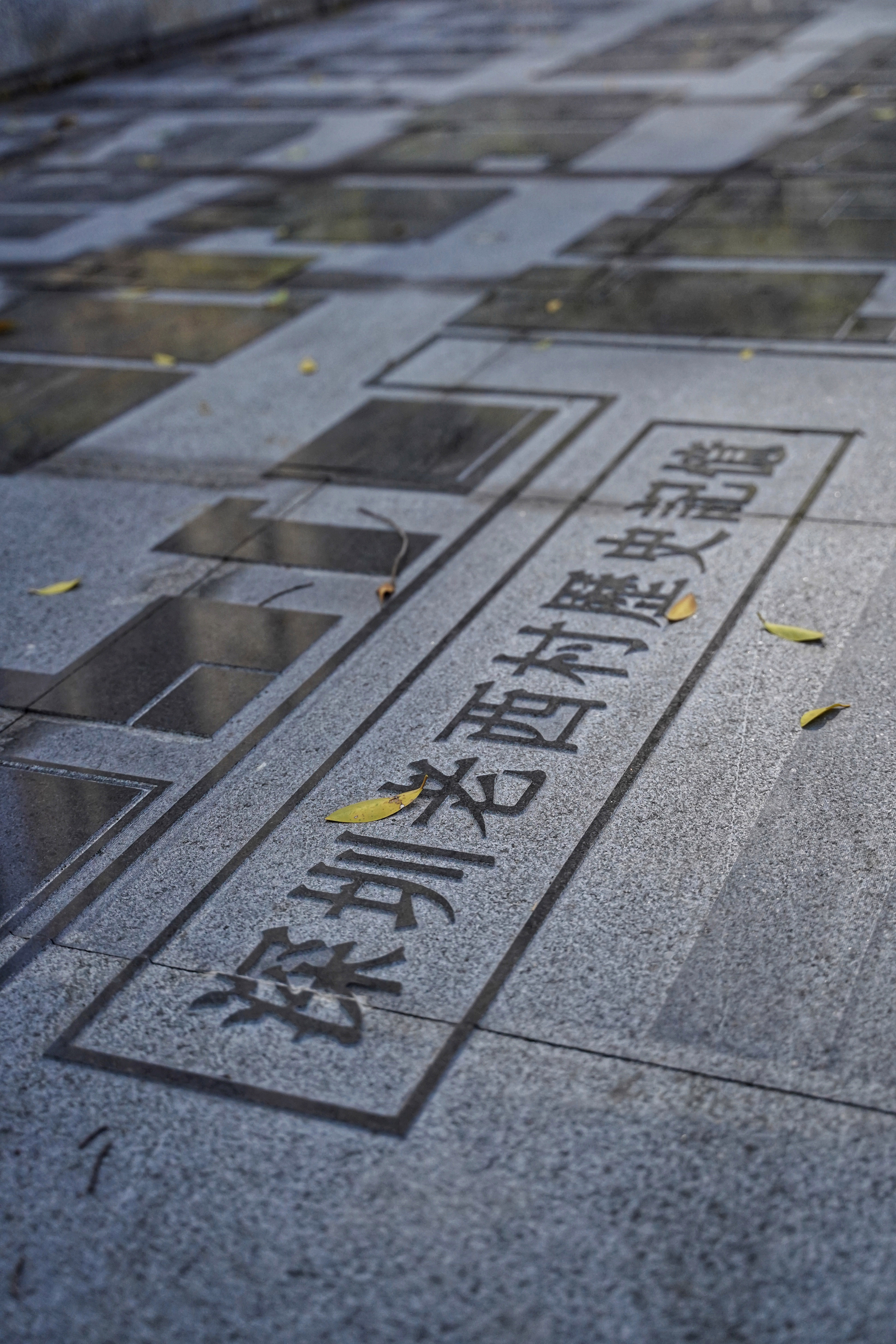 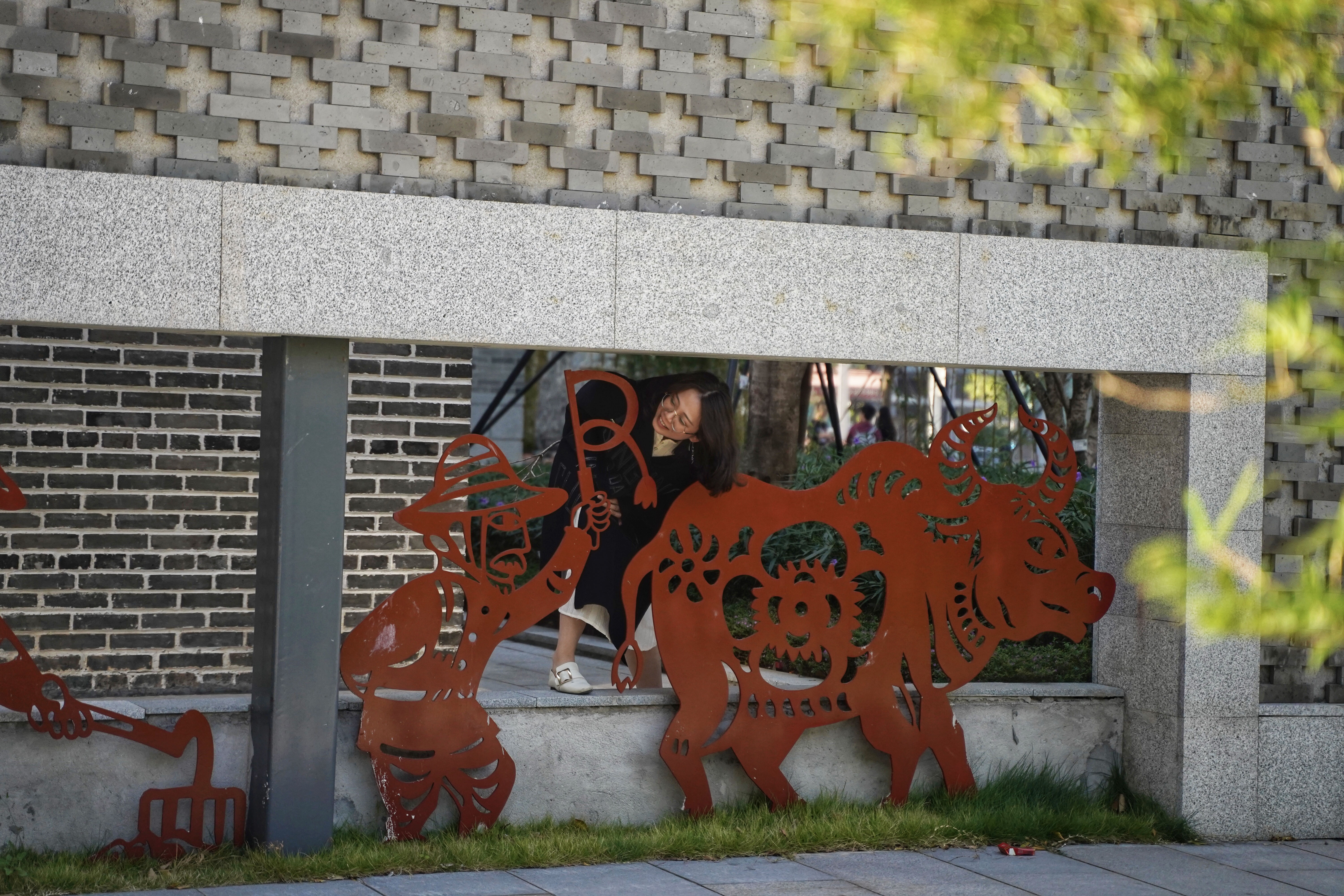 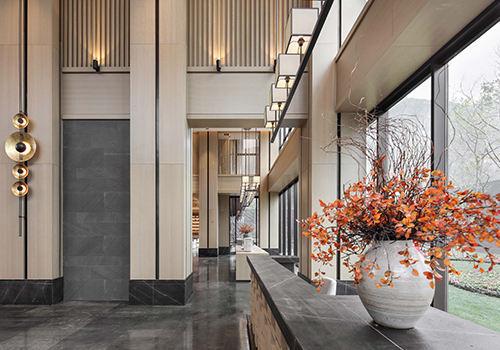 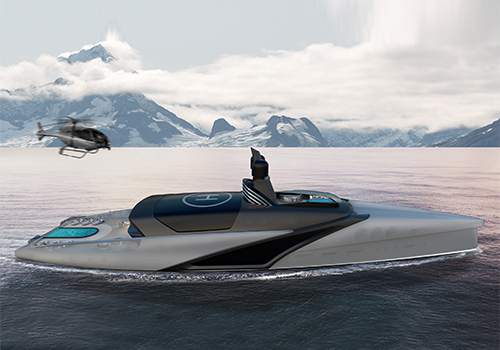 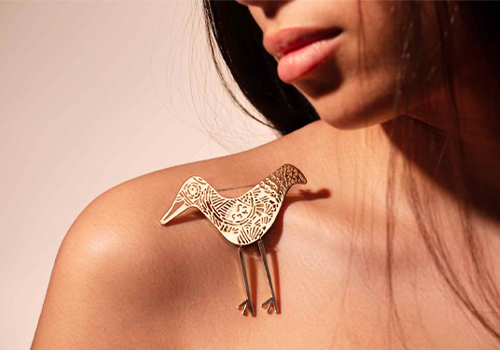 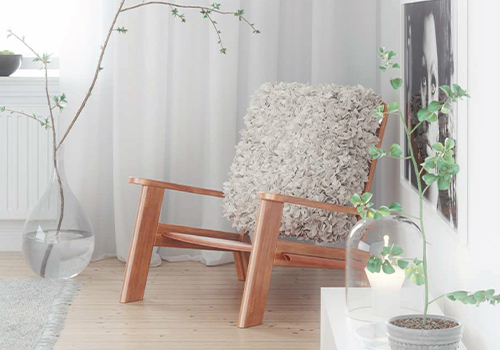