Lyons Retreat was built in complete communion with nature; it is a unique vacation retreat or, more accurately, a comprehensive experience that willtransform its inhabitants. Situated in Playa Blanca, Zihuatanejo, an exceptional location in Mexico and the rest of the world, Lyons Retreat is an Oasis facing the Pacific Ocean, a few steps from a large and idyllic beach. This sort of family sanctuary was built with native materials -such as the red tepetate that has become a distinctive trait of the project- and developed in two stages. The private house came first, and after a thorough and holistic quest, the second one emerged: a meditation garden. The private house is conceived around a central axis set up with a pergola. It has three bedrooms, a studio, a gazebo and a superb swimming pool that benefits from a privileged panoramic view of the ocean. Its open-air bathrooms have interior gardens to accentuate the feeling of freedom provided by the residence. The tropical wooden pergola is worth mentioning because it suggests a journey framed by unique pictures of the sea as it spreads out over gardens, courts, sculptures and bedrooms. The second section has two guest rooms, open-air bathrooms with inside gardens, a studio, a multi-purpose room and an extraordinary ocean-view meditation pavilion. A prominent circular opening in the cover of this peculiar room allows rain, wind and light to incorporate into this space. A swim lane also enters the room and incorporates the pool thus blurring the limits between inside and outside The central garden is the heart of the retreat because it connects both construction stages as it articulates in a organic way all the pathways in the house. The garden guides, hides or exposes different aspects while its flora refreshes the atmosphere of the program. Shelter, sanctuary or timeless place, Lyons Retreat is –without a doubt- a privileged space full of surprises. In addition to merging styles, paths and activities such as and meditating, it also offers an emotional escape and suggests a discovery between nature, humanity and architecture. 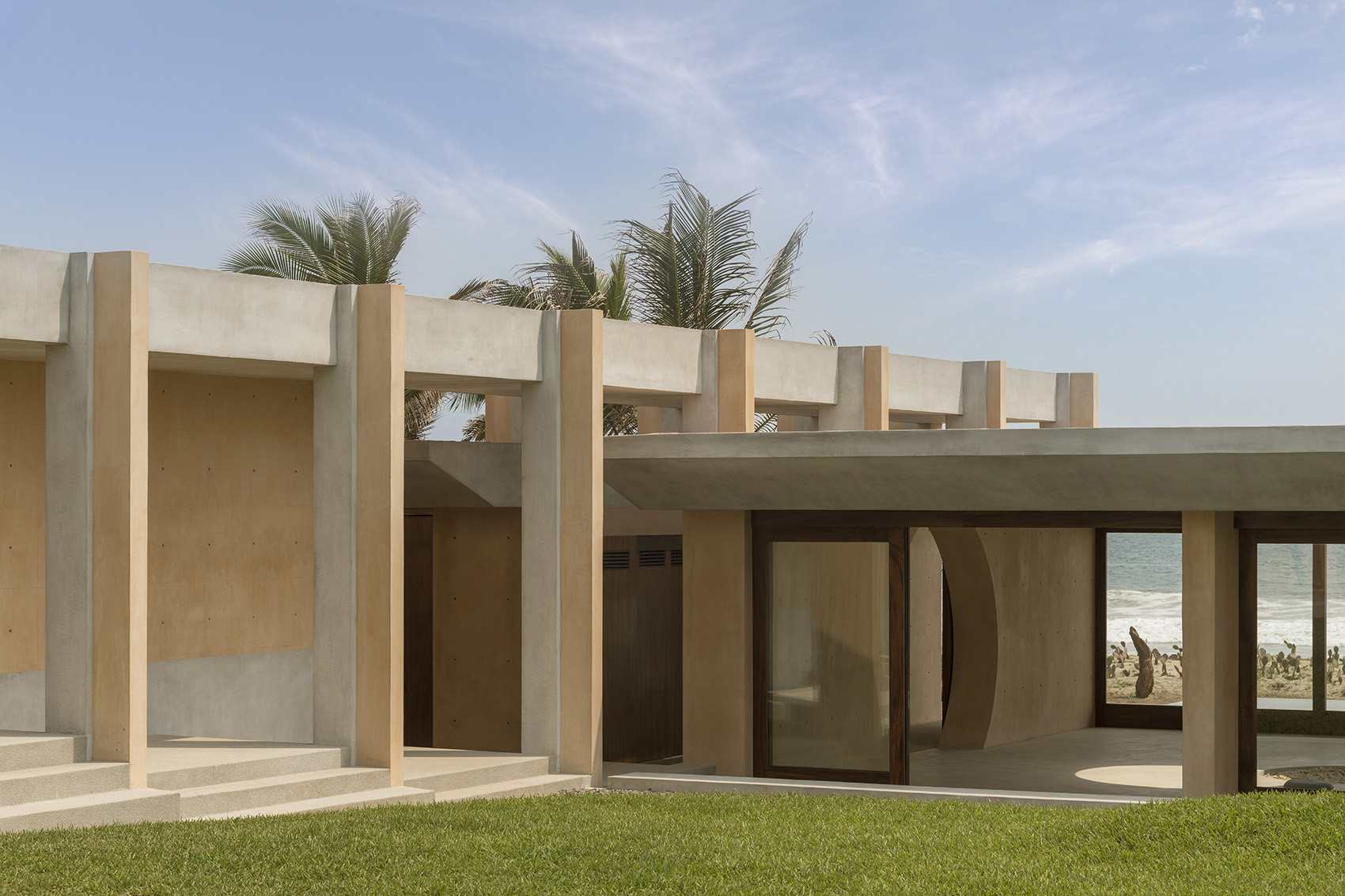 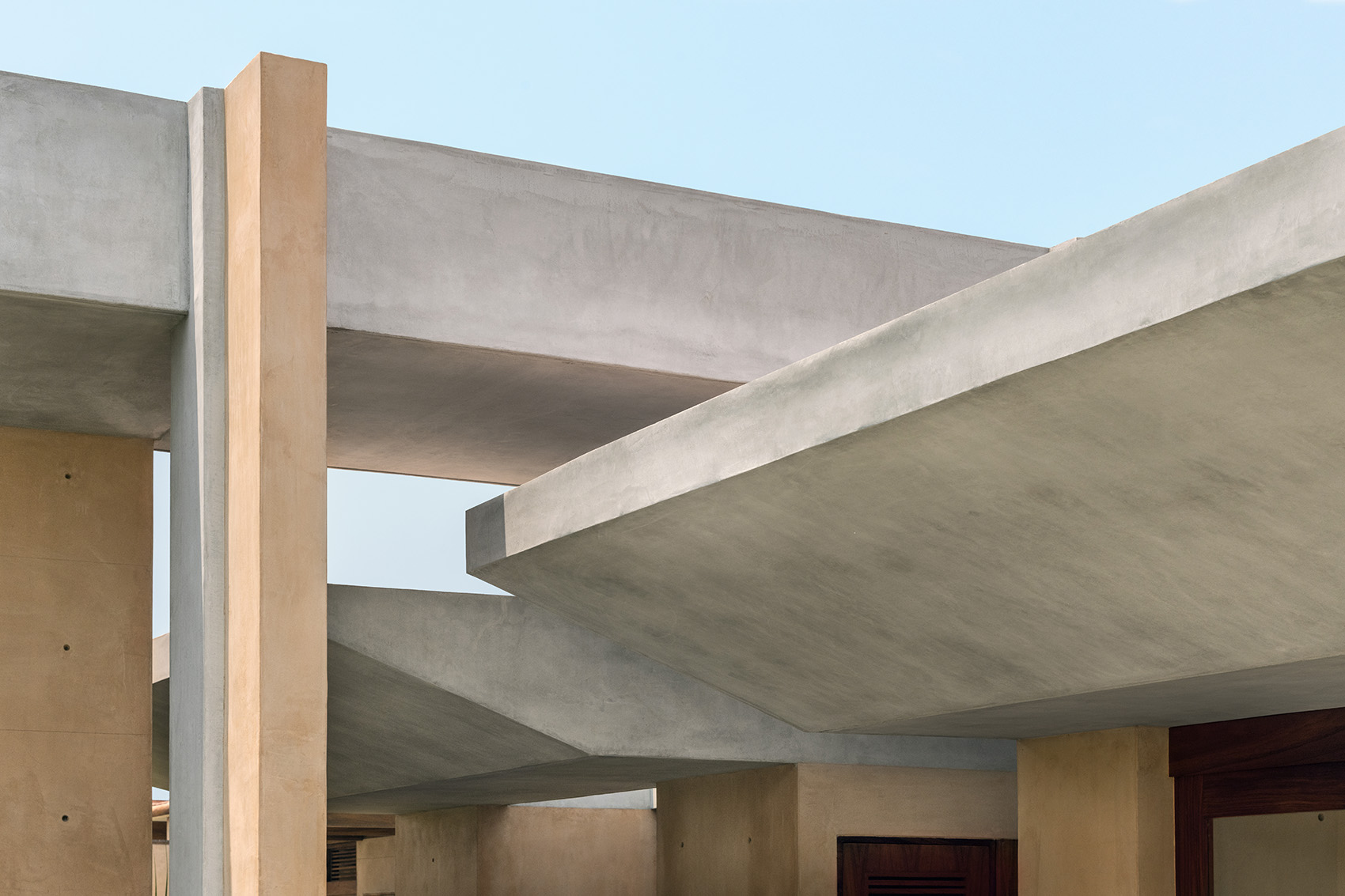 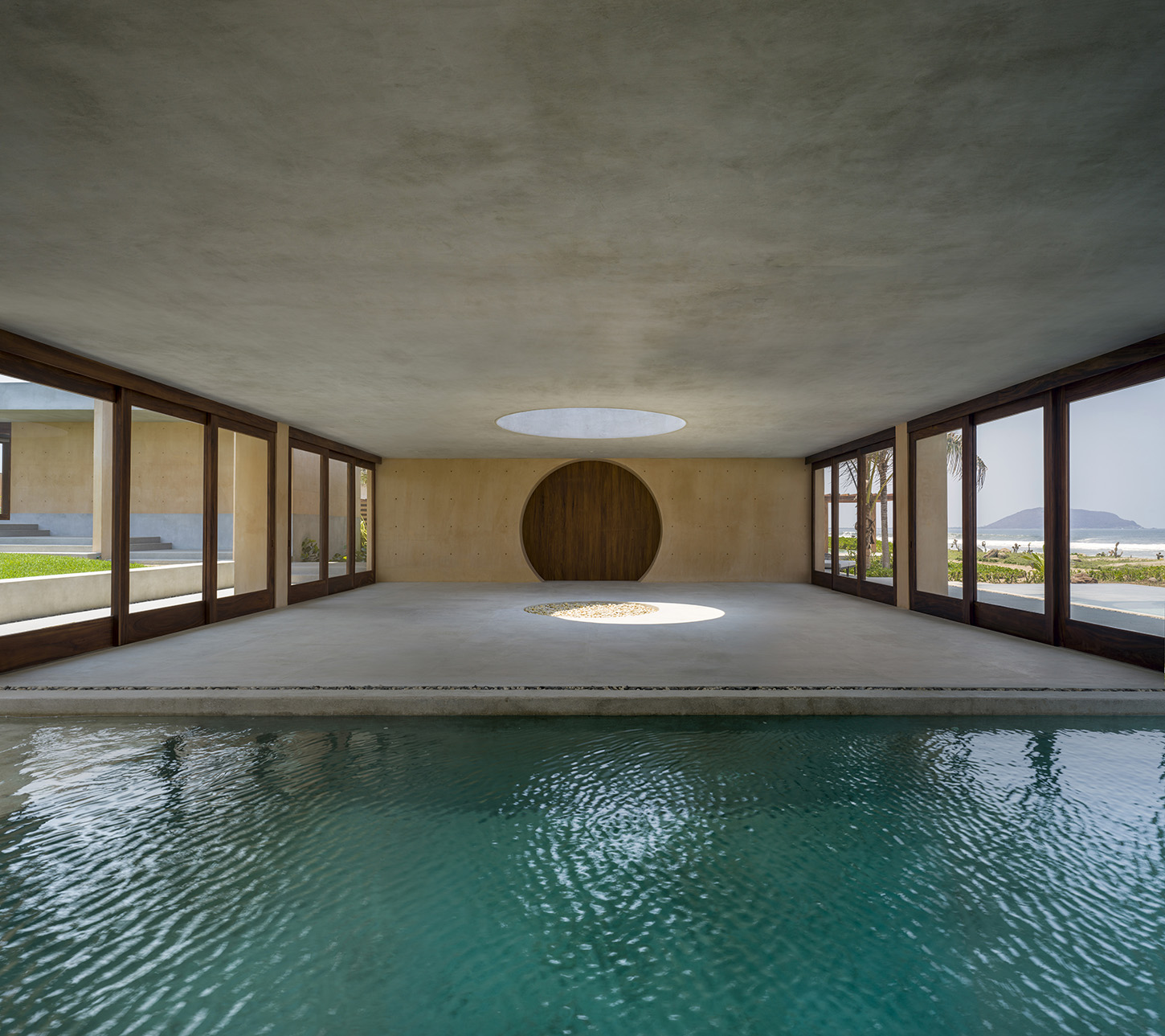 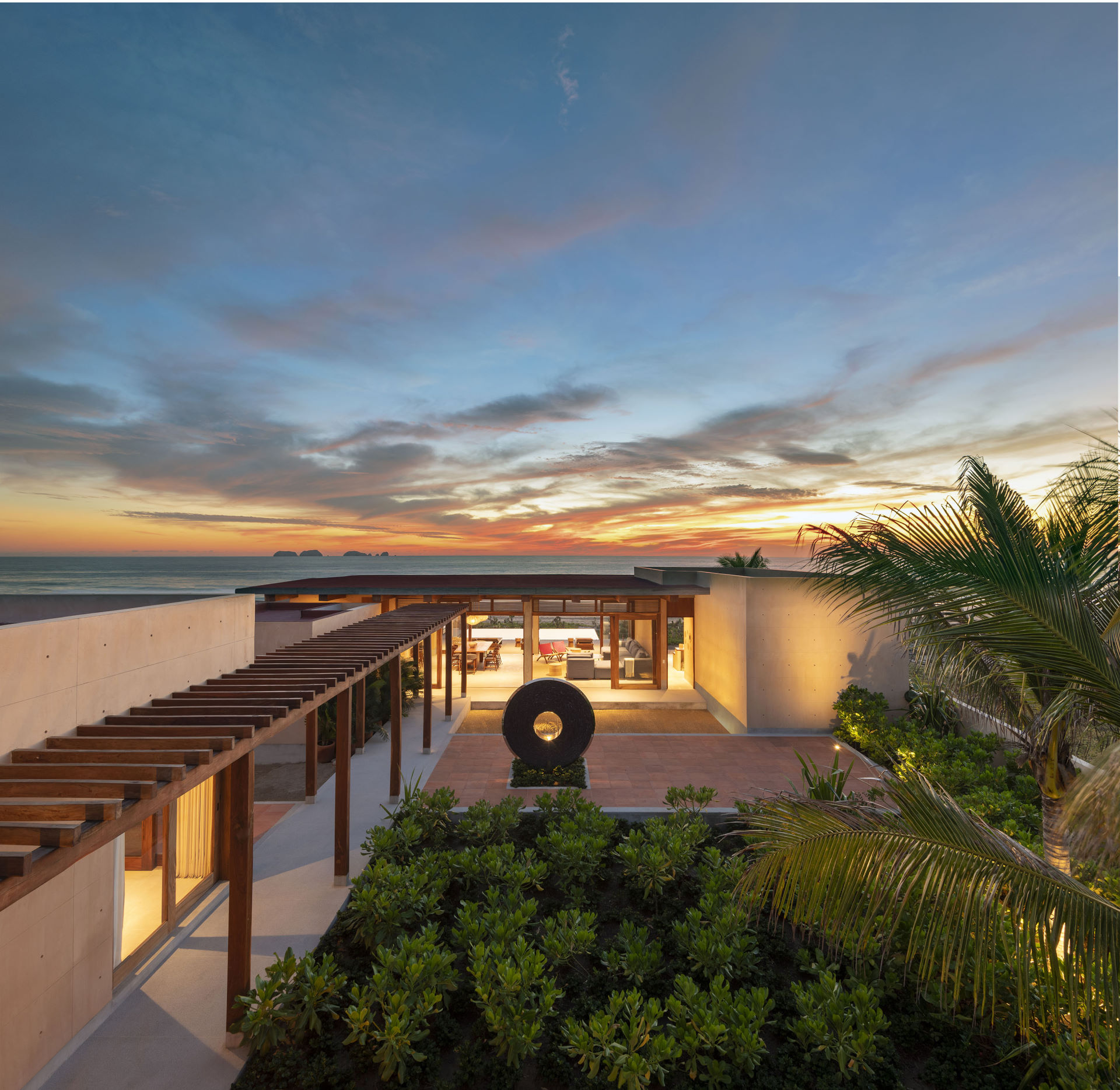 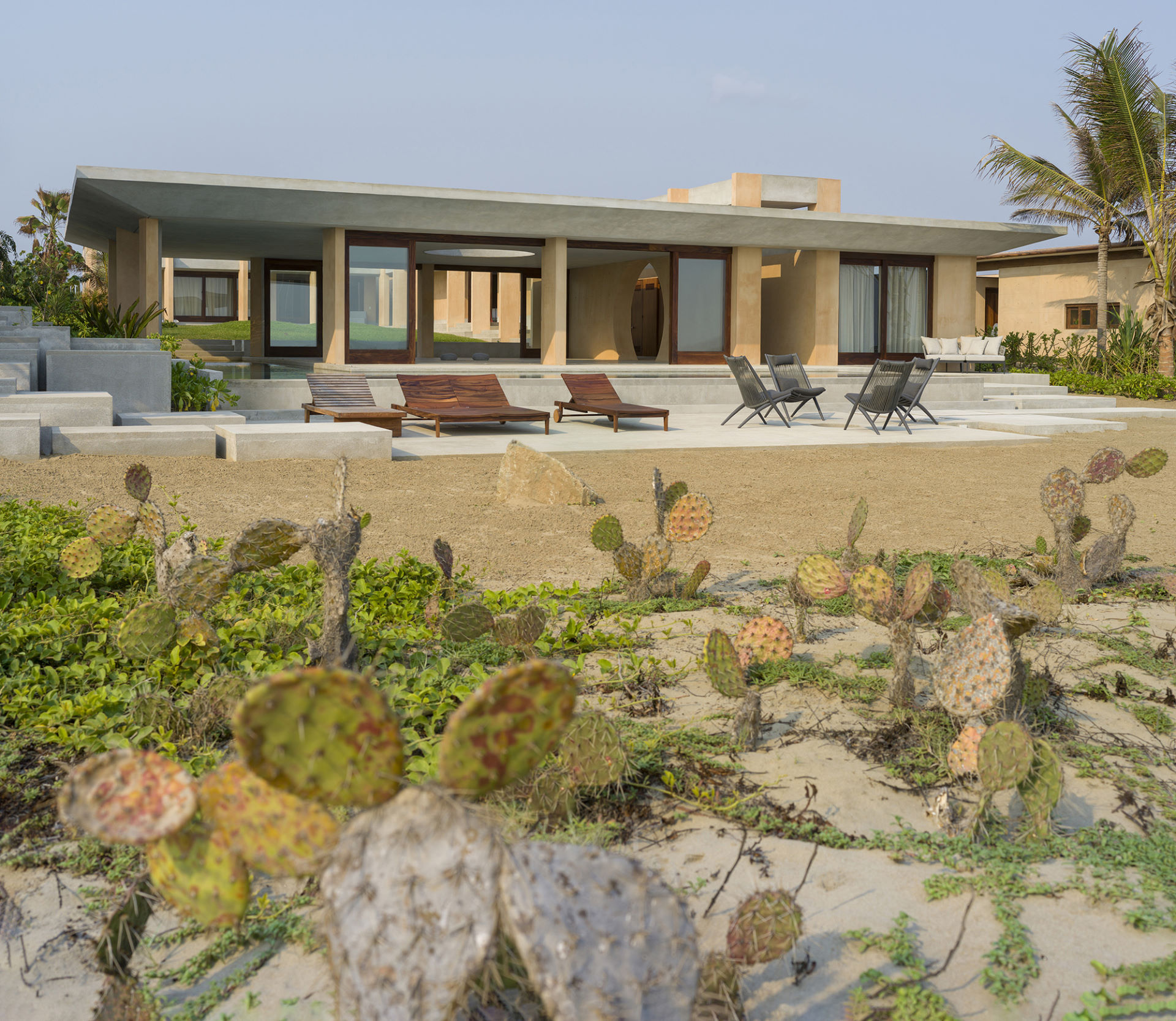 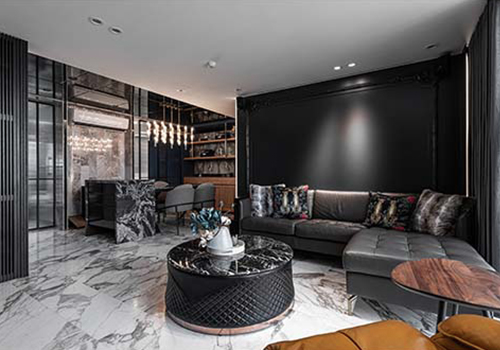 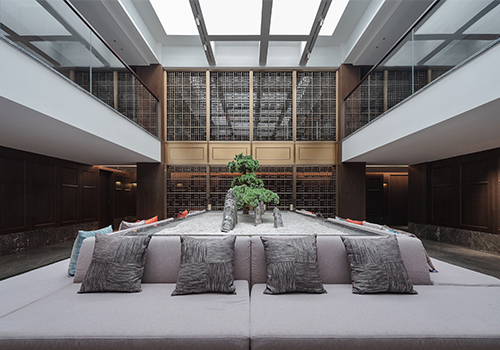 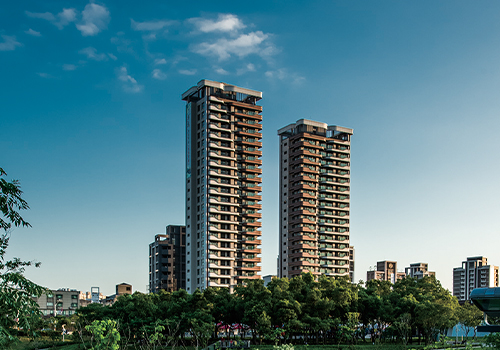 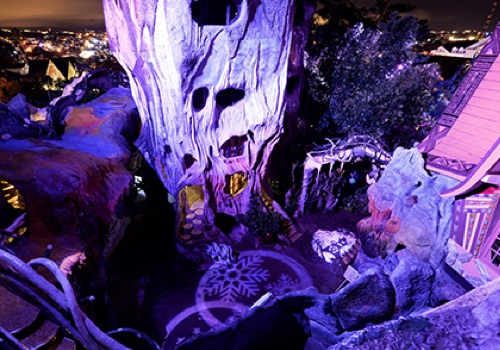