The project is located in Taibai Lake New Area of Jining city, with the ancient canal in the east. Jining, known as "the hometown of Confucius and Mencius and the land of rites " since ancient times, is located in the borderland between Huang-Huai-Hai Plain and the mountains in the south of Shandong and is one of the most important birthplace of Oriental civilization. The Beijing-Hangzhou Grand Canal is regarded as the soul of Jining city. It is the longest ancient canal in the world, with a total length of 1,797 kilometers. The construction began in 486 BC. In the course of more than 2,000 years, the Grand Canal has made important contributions to China's economic development, national unity, social progress and cultural prosperity, and it still plays a huge role even today. In this case, the vigorous canal has become the inspiration source of the gallery. The gallery is designed to rediscover the rich historic and cultural background and combine the characteristics of Jining with the special cultural space system generated from the profound history. The designers try to create an artistic gallery for life and cultural experience, with "inheritance" and "expression" as the intention of overall design. The designer abstracted the image of "landscape, waterfall, moon and hometown" as the color tone and elements of the interior space. Extracted essence from Li Bai (famous Chinese ancient poet)'s poems, the designer created elegant and free Eastern artistic conception from Li Bai's perspective. Li Bai's wonderful poetry artistic conception, calligraphy and canal culture were fused into the space through contemporary means and feelings. Here came the main tone of moonlight white, gold, lake blue and mazarine and also the material of the space. The gallery is a breakthrough practice of using architecture language to express Chinese traditional culture and beauty. 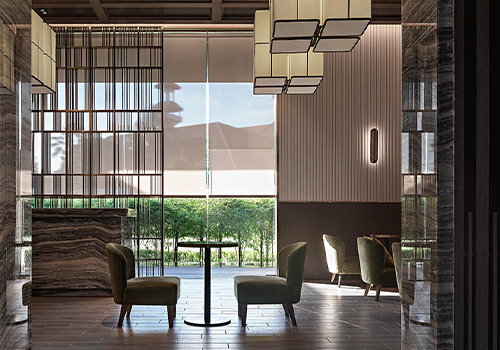 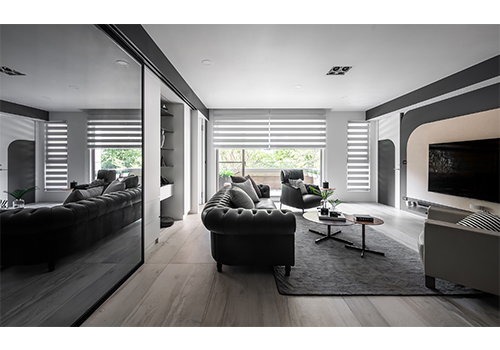 The Shine of Sustainable Architecture 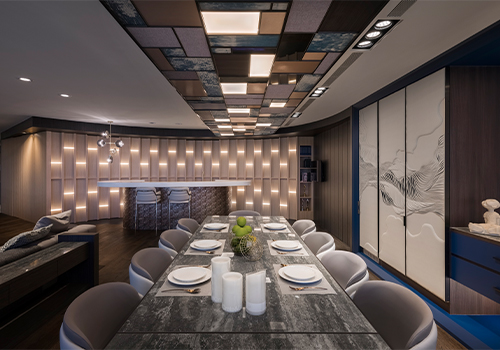 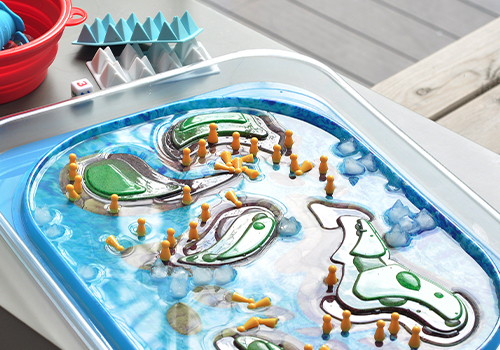