At the request of the homeowner, a 40-year-old house that had a narrow layout with a leaking problem and was cluttered with stuff for lack of storage has been renovated into this project, whose exceptional entrance is free from spatial limitations by embedding L-shaped light belts on the beam to mark different sections and provide sufficient light. Inspired by the “sun” and “moon” in the names of the homeowner’s family, the moon-shaped screen at the entrance is symbolic of a well-rounded life. LED light is built in the iron part of the screen, and thus translucent surface of stone veneer imported from Germany resembles the texture of the moon surface. A special contrast is achieved using mellow wooden veneer. Wavy patterned glass is sliced into curves and, with the transition and overlap of different materials and through the use of lighting, presents the limpid glow of the moon. Beyond the entrance, the use of wood on the floor and on the wall makes the screen a visual pop, which shapes a beautiful and romantic vista for family members arriving home. Due to the homeowner’s career in the medical industry, a great emphasis is placed on accessibility in the home environment. As the original partition is retained, the layout is carefully organized. Small yet Well-Rounded has an open-plan layout, with double-faced walls used in several sections to overcome spatial limitations. For example, the open-concept kitchen has a foldable dining table and flexible cabinetry. A treadmill is embedded below the couch in the living room, while a piano is concealed under the desk in the secondary bedroom. In this way, the use of this limited footage is maximized, fitting the home with diverse functions. The old, shabby apartment is reborn as a result of the ingenuity of the designing team, whose meaningful design, spatial layout, color scheme and material selection incorporate sustainability and beauty into life—like the sun and the moon that are always there. 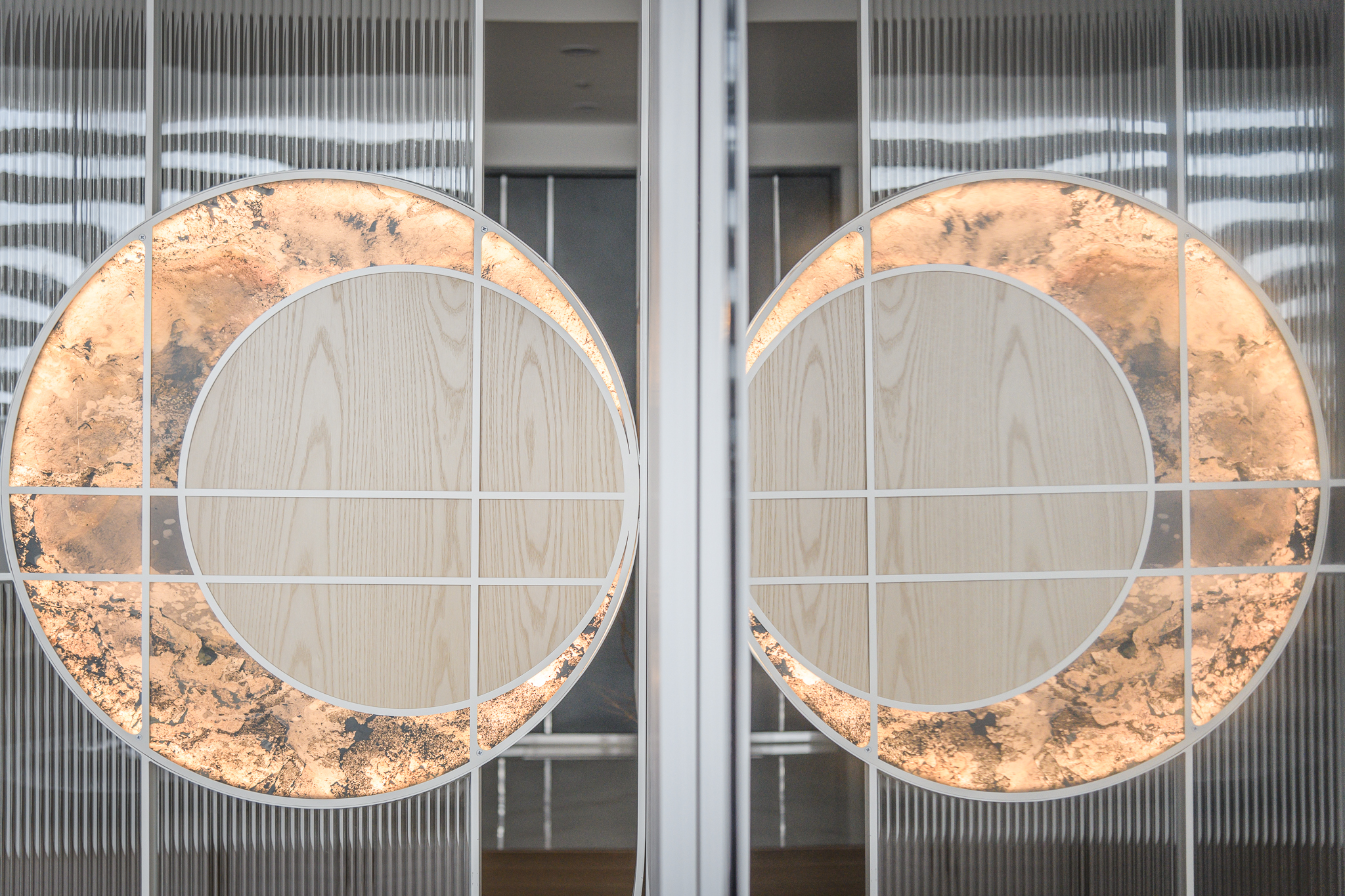 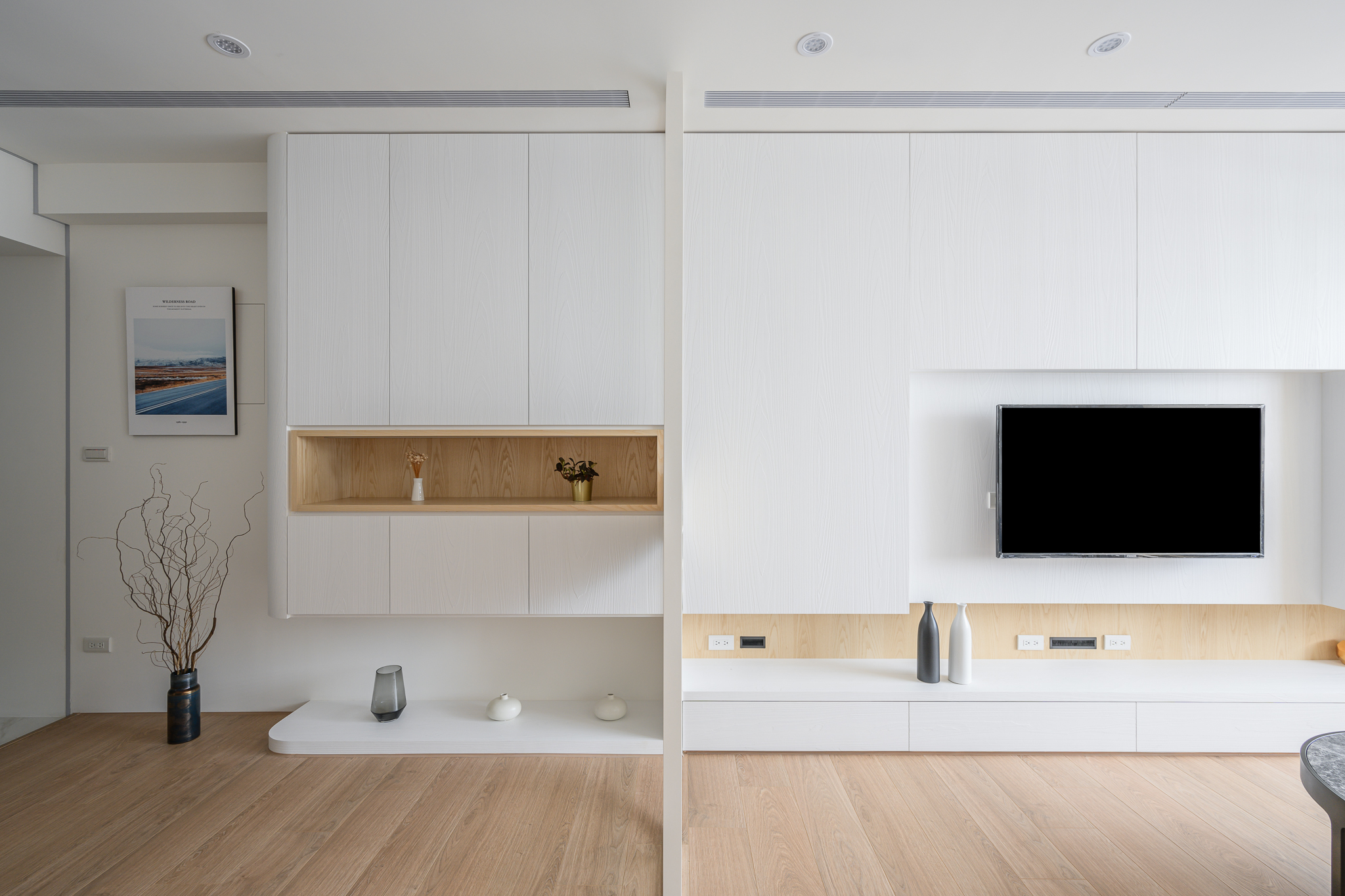 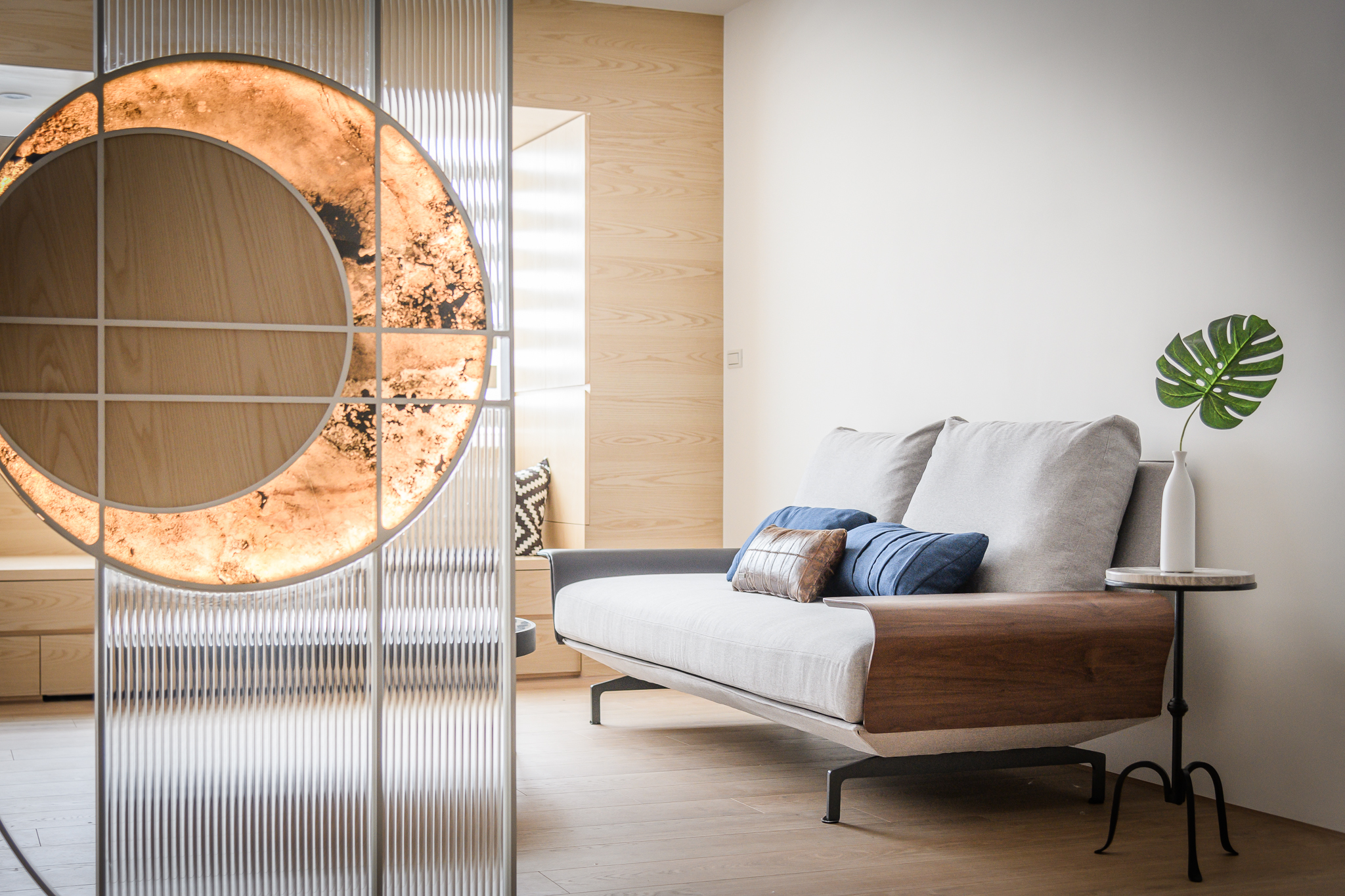 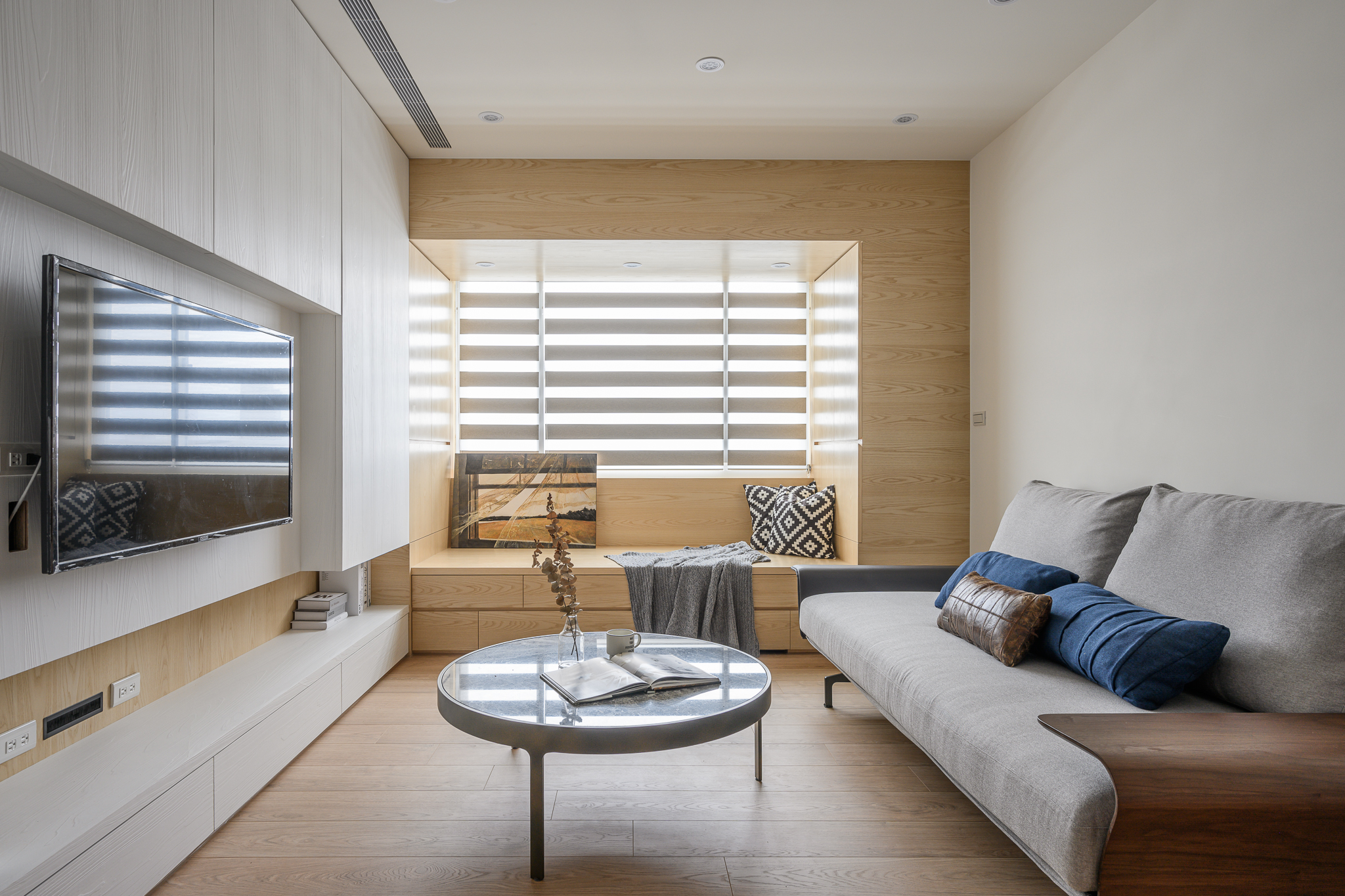 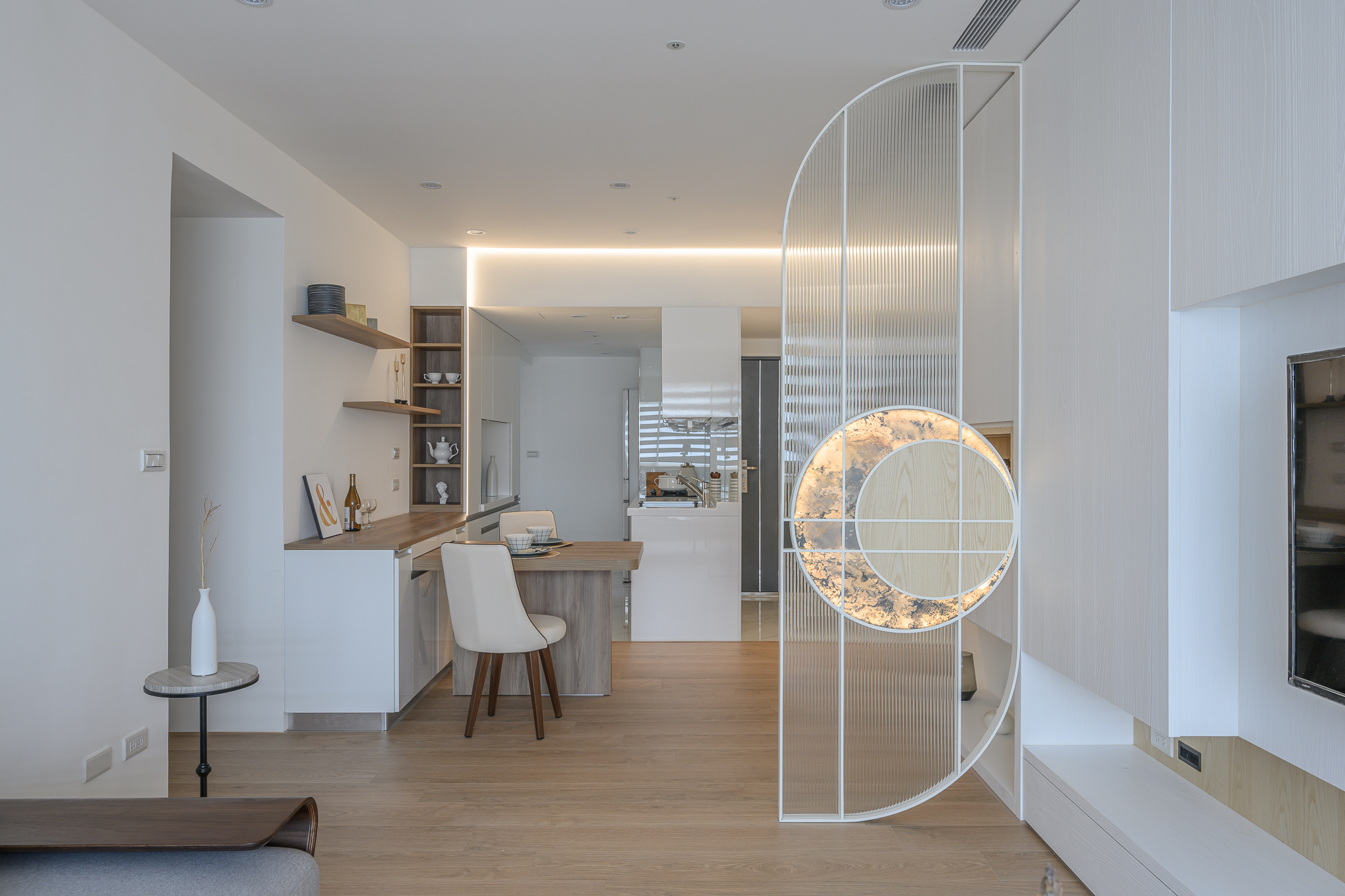 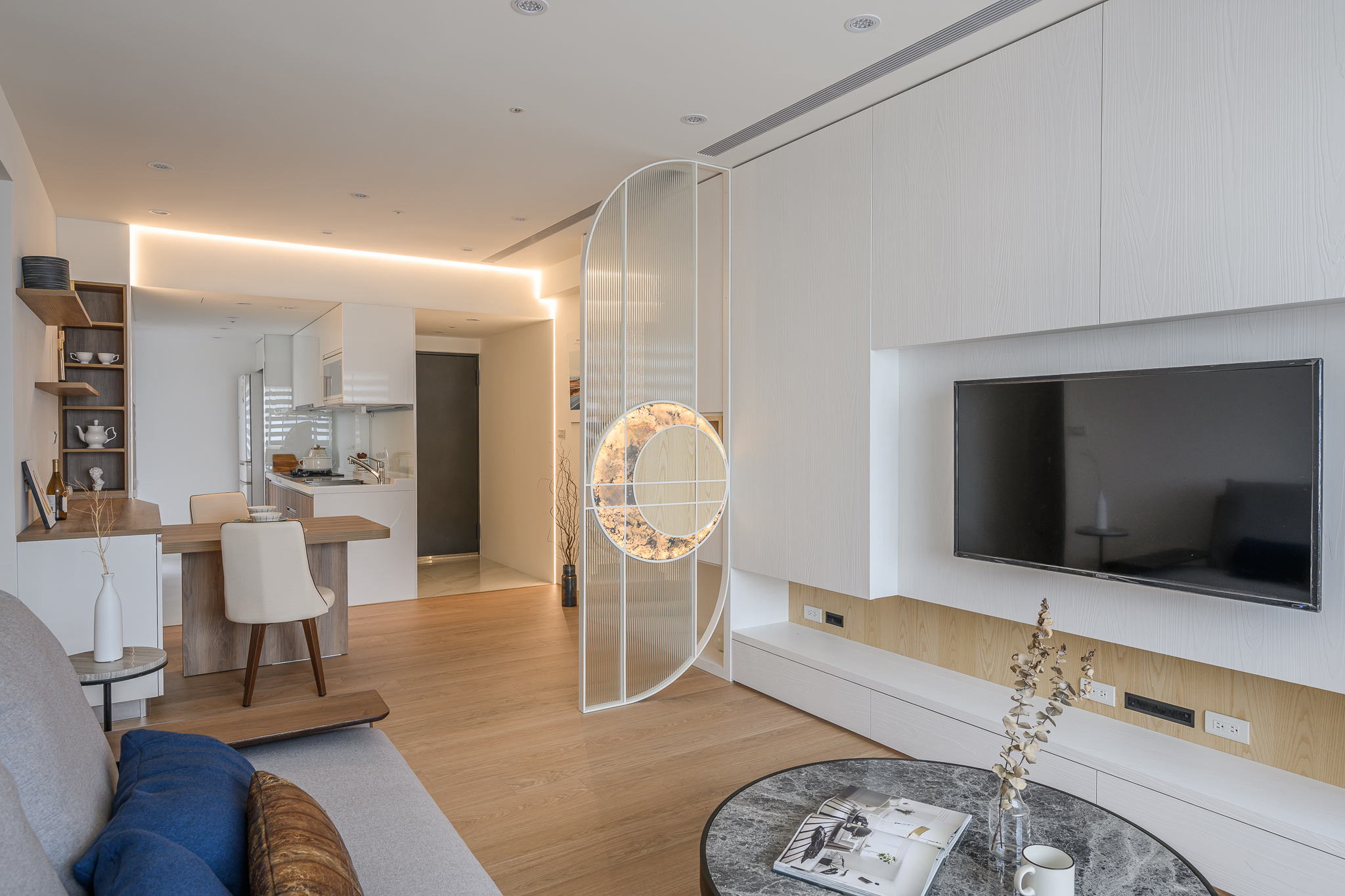 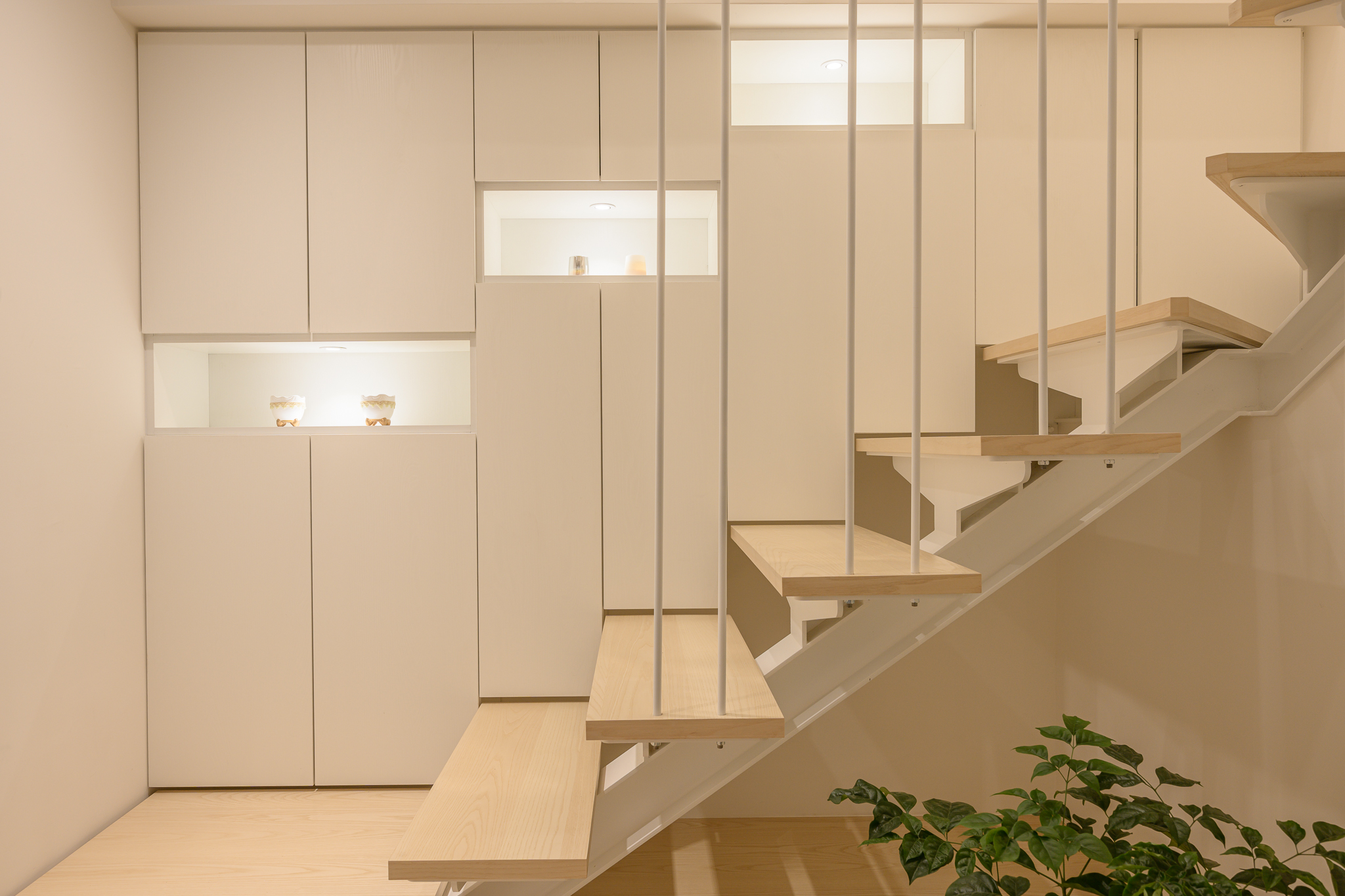 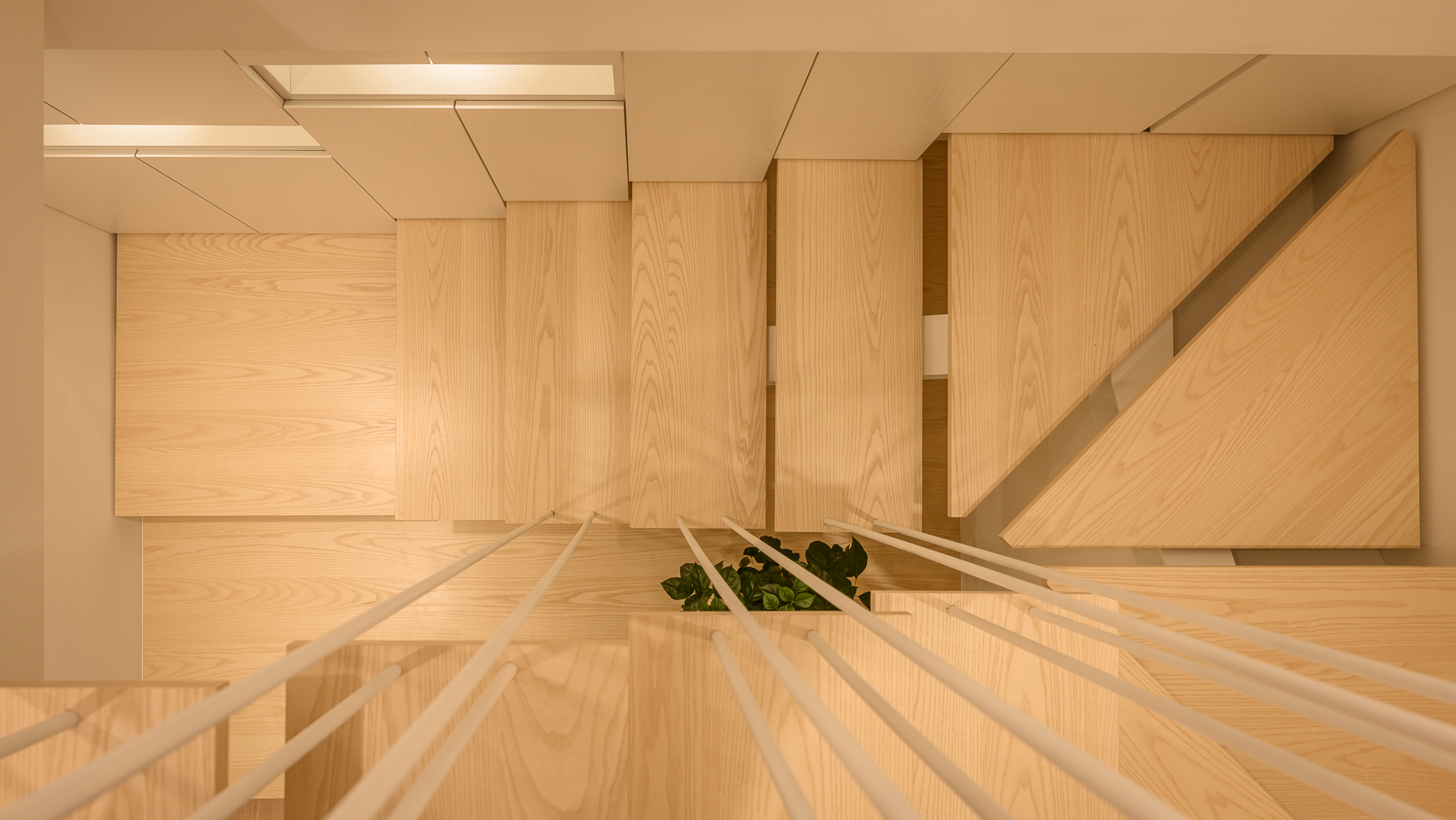 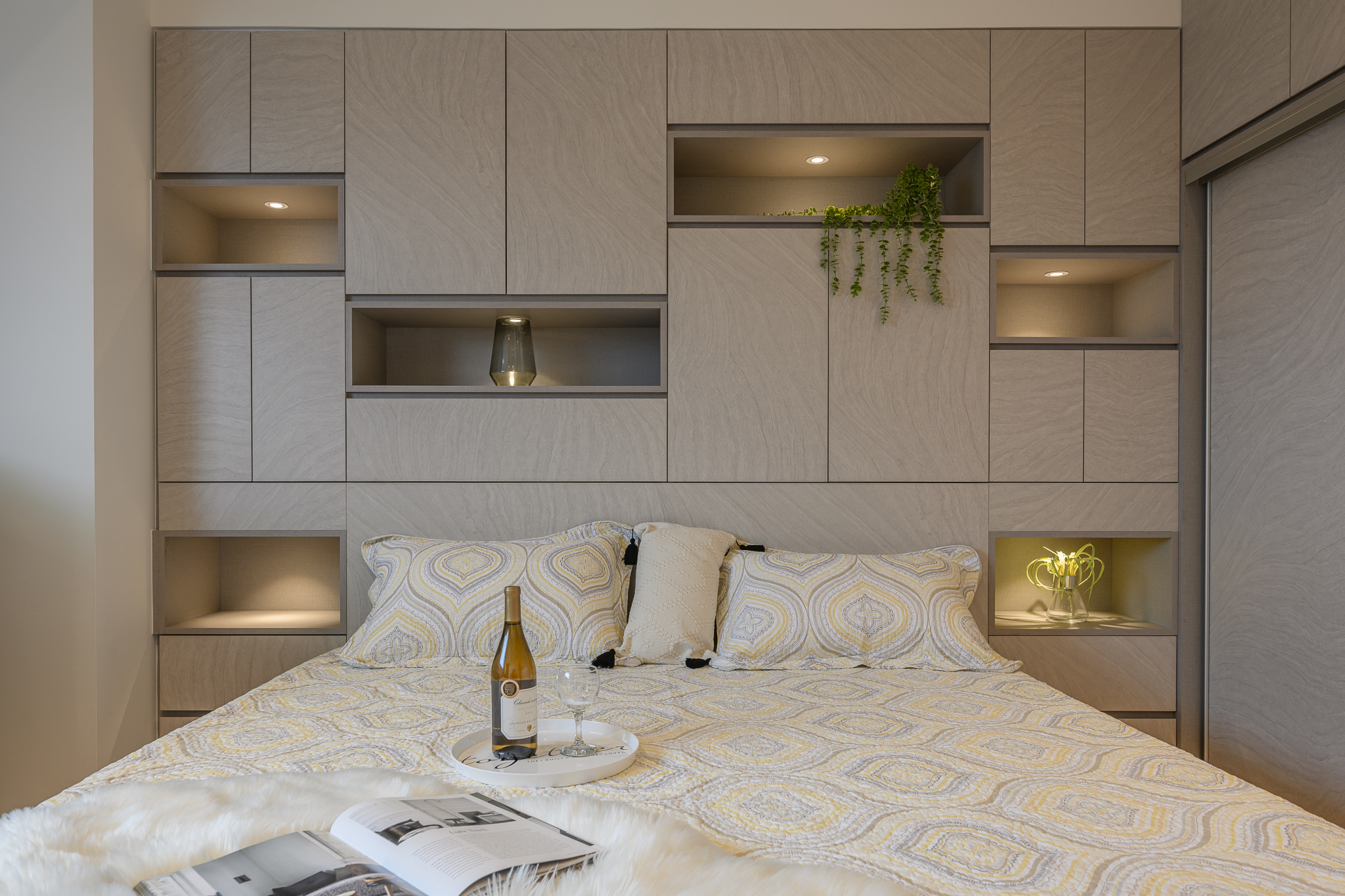 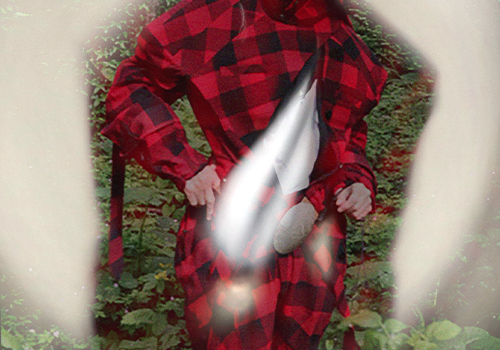 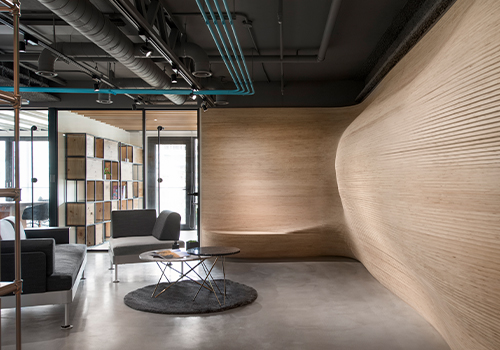 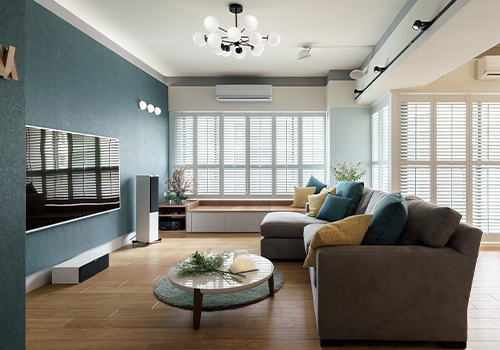 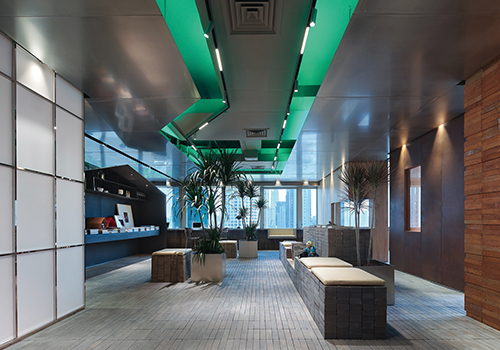