As the first public building project in the core demonstration area of the integration of the Yangtze River Delta - a demonstration area in China’s most developed city cluster - also as the first large-scale variety show production center based in the Yangtze River Delta region, the design of the SMG Film and Television Production Center was faced with great expectations along with challenges at the very beginning. The project is located between the ancient town of Zhujiajiao and the Dianshan Lake in Qingpu District, Shanghai. This reputable millenary town was given the role of the east gate of Shanghai in the process of urbanization. As the source of Shanghai’s mother river, the Huangpu River, the Dianshan Lake brings together the stunning scenery of the mountains and waters. Therefore, the modern and the historical, the nature and the city, interacted in the design to reach a subtle equilibrium. The building was originally inspired when a drop of water rippled the surface of the Dianshan Lake. Circled massing from patterns of the ripple naturally formed the layout of the front square, the grand steps, and the city terrace: these outdoor spaces provide our client not only with outdoor scenes for variety shows but also a venue for events and sightseeing for locals and visitors during the non-recording time, approximately 160 days in a year. Abstracted from the local traditional ribbon dance, the design of the building facade catches the mingled and layered shape of the dancing ribbon sleeves, injecting a sense of lightness and elegance into the building. Meanwhile, local traditional textile techniques are incorporated into the building facade in a gradient texture. 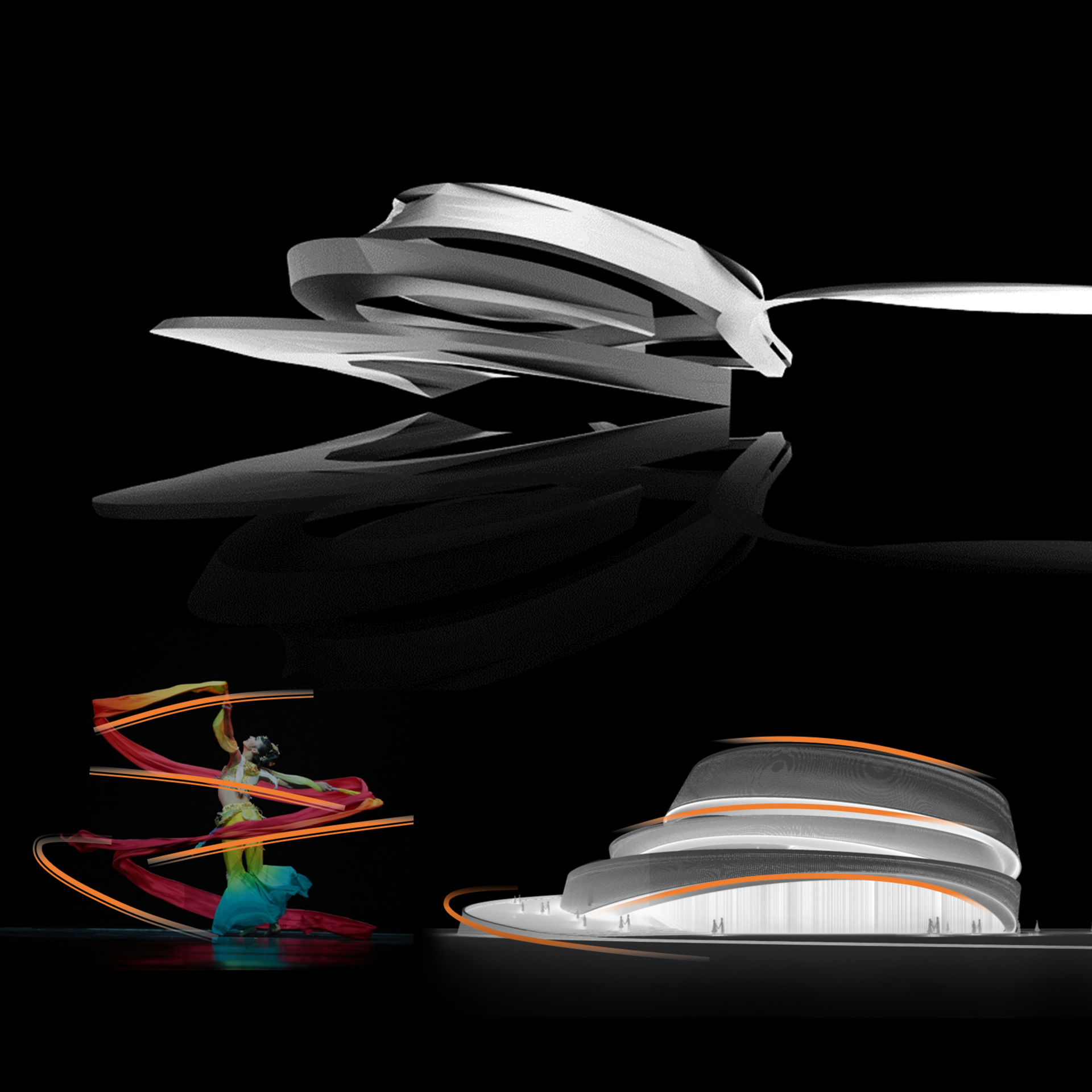 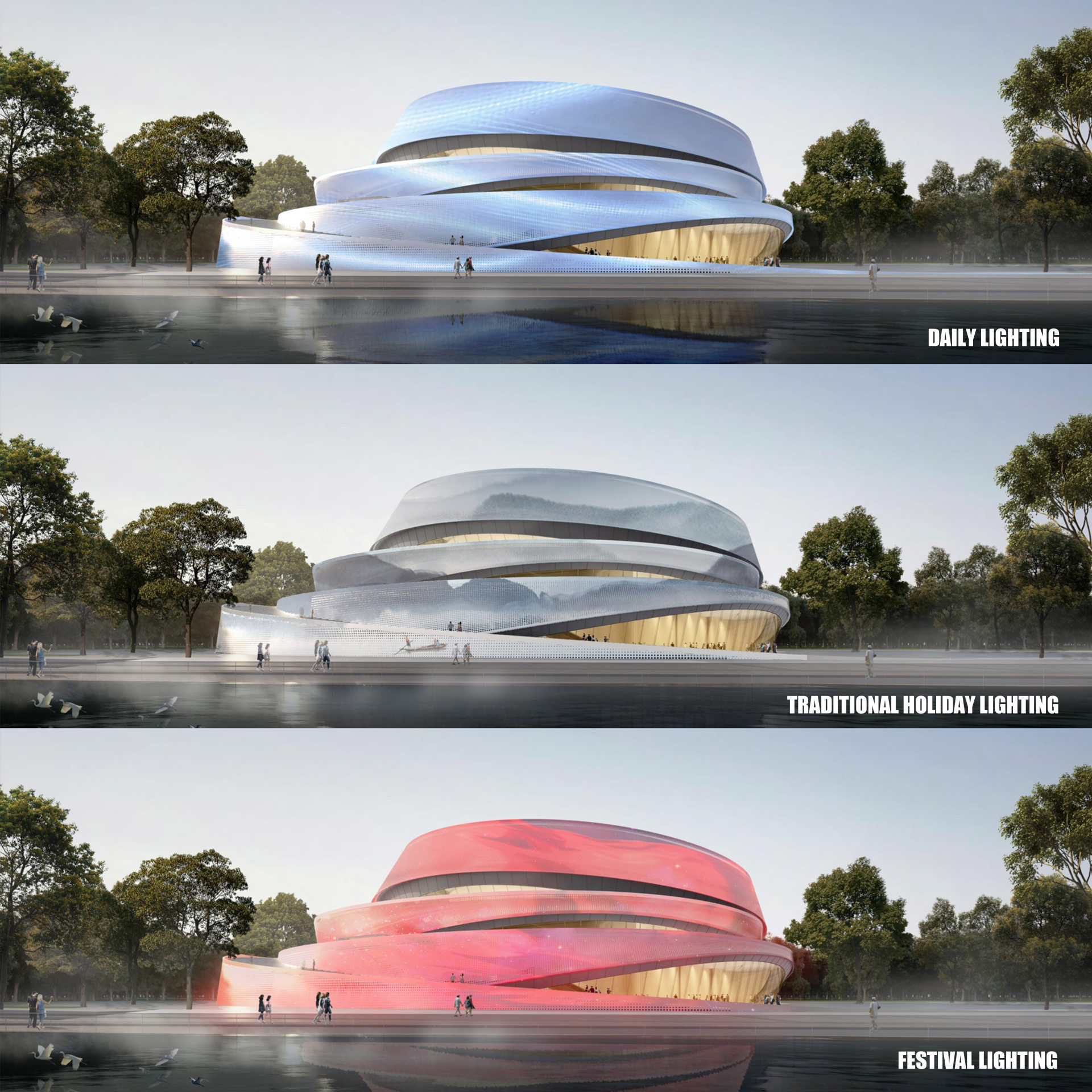 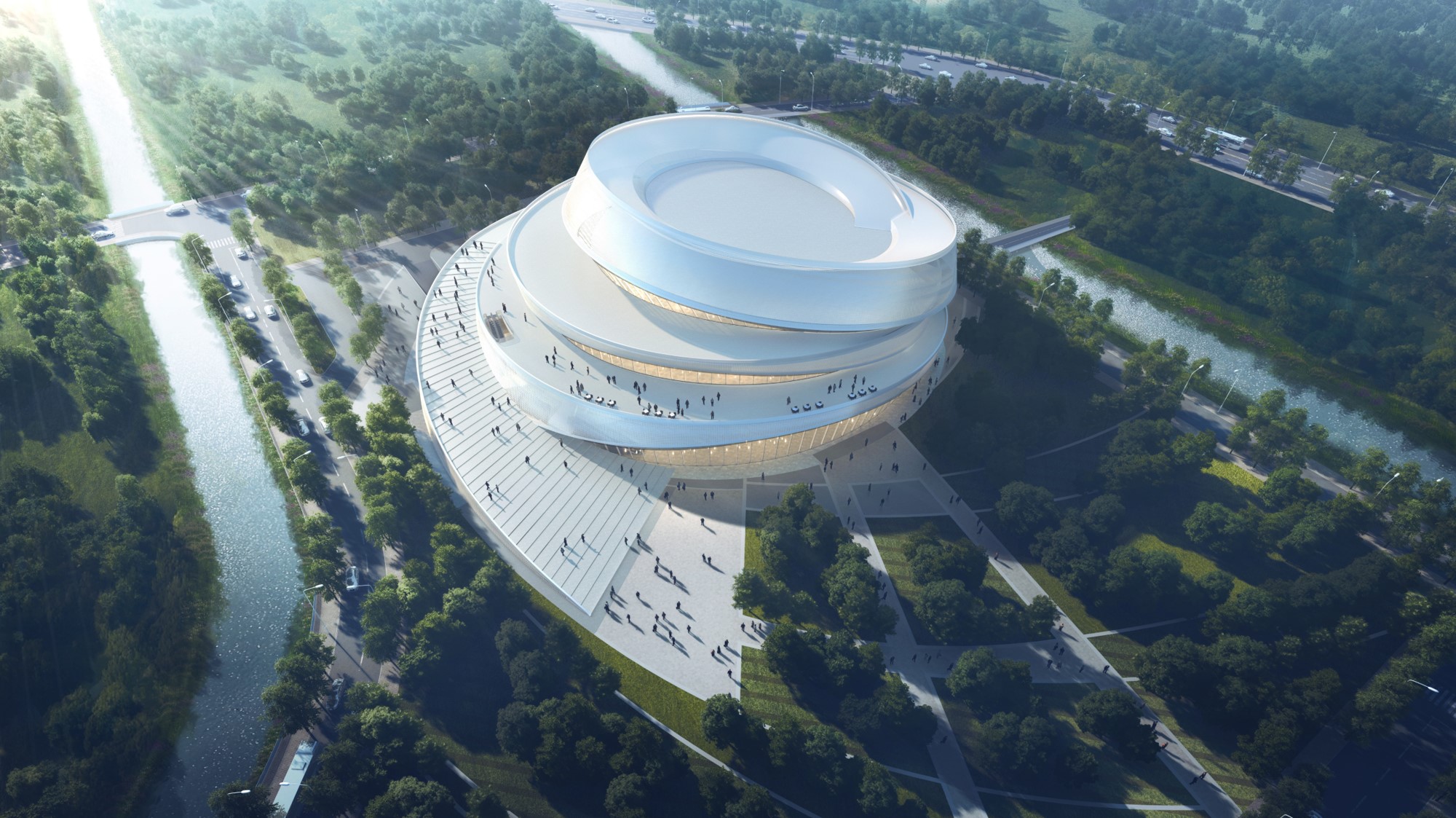 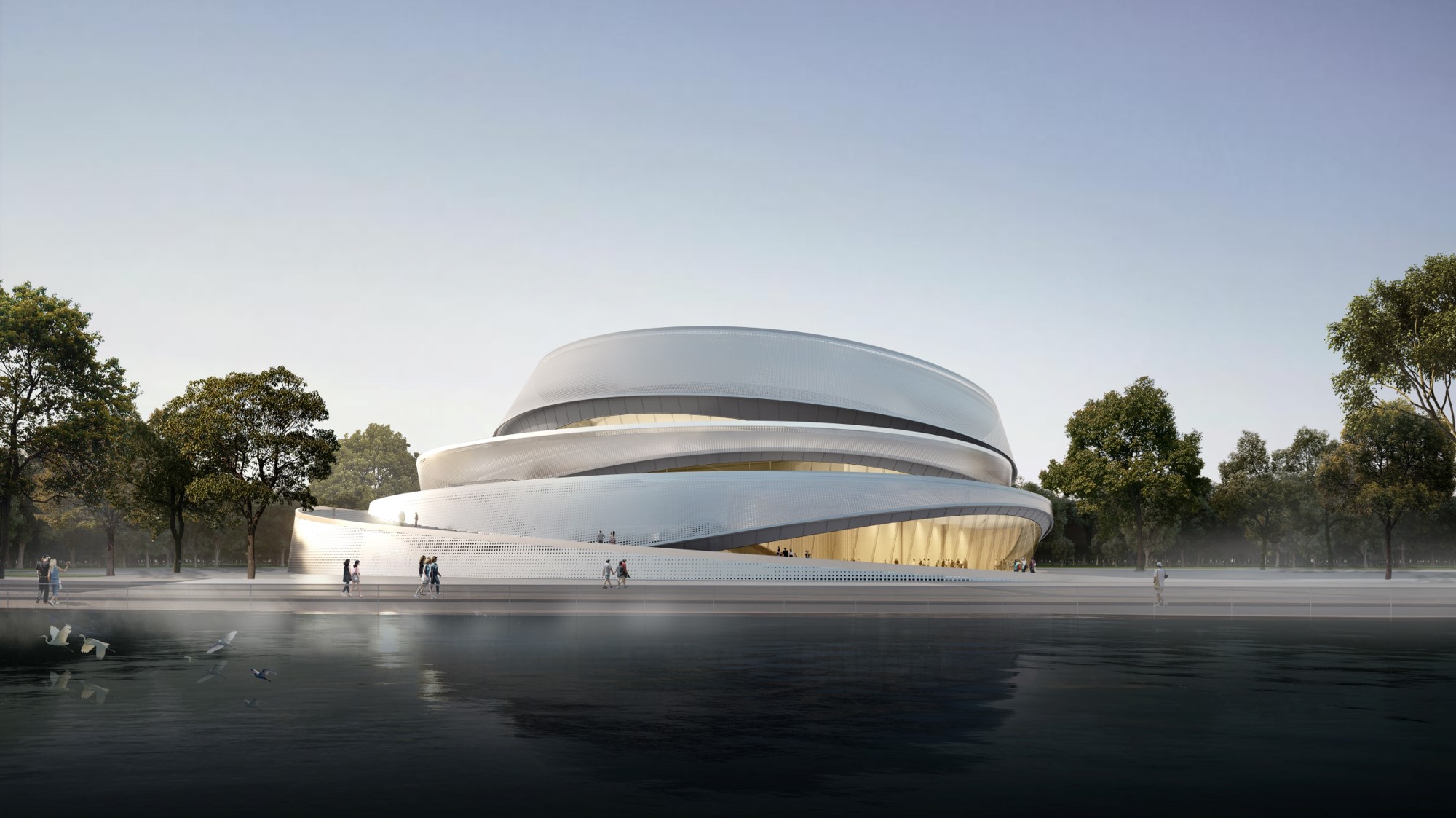 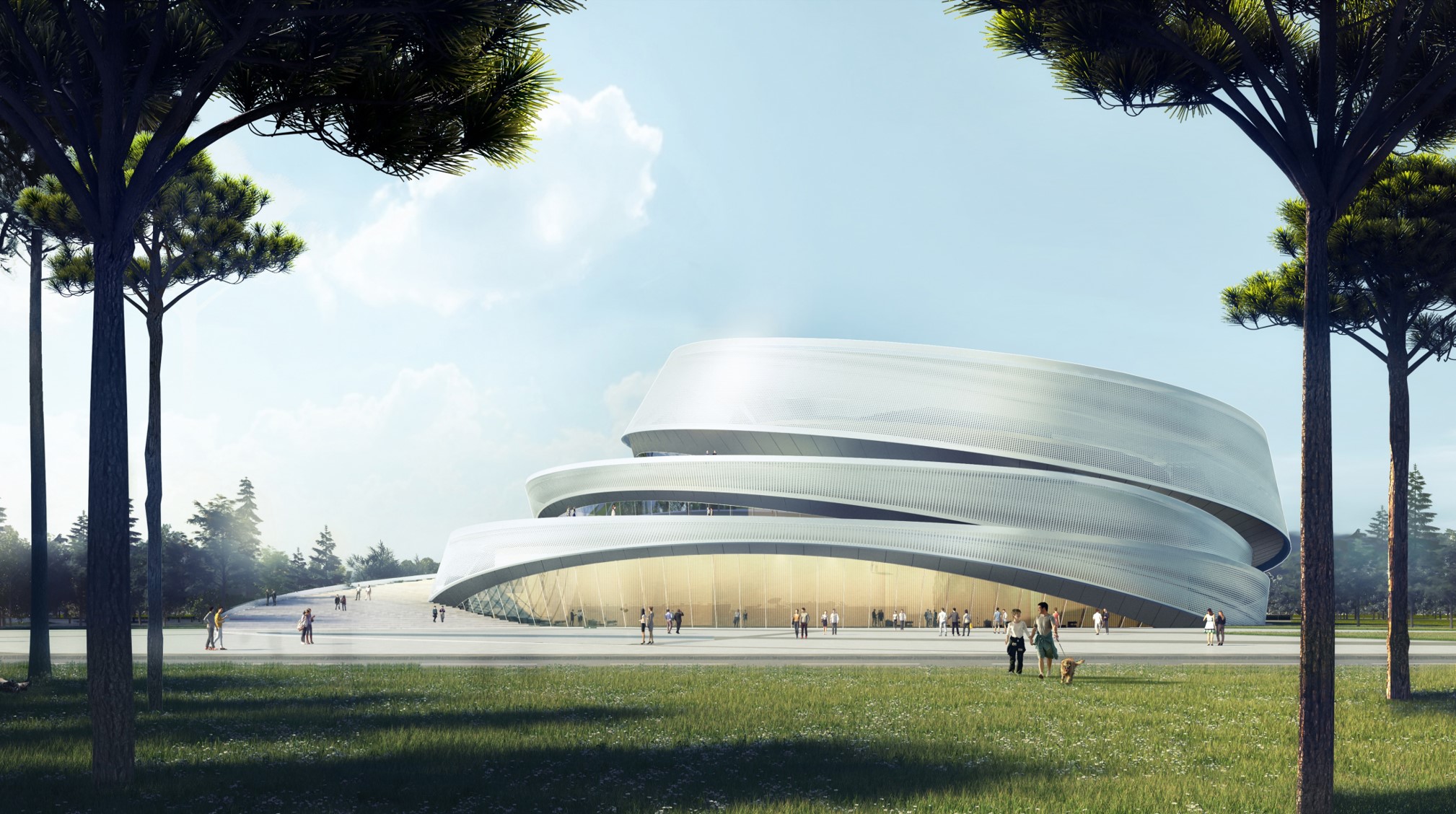 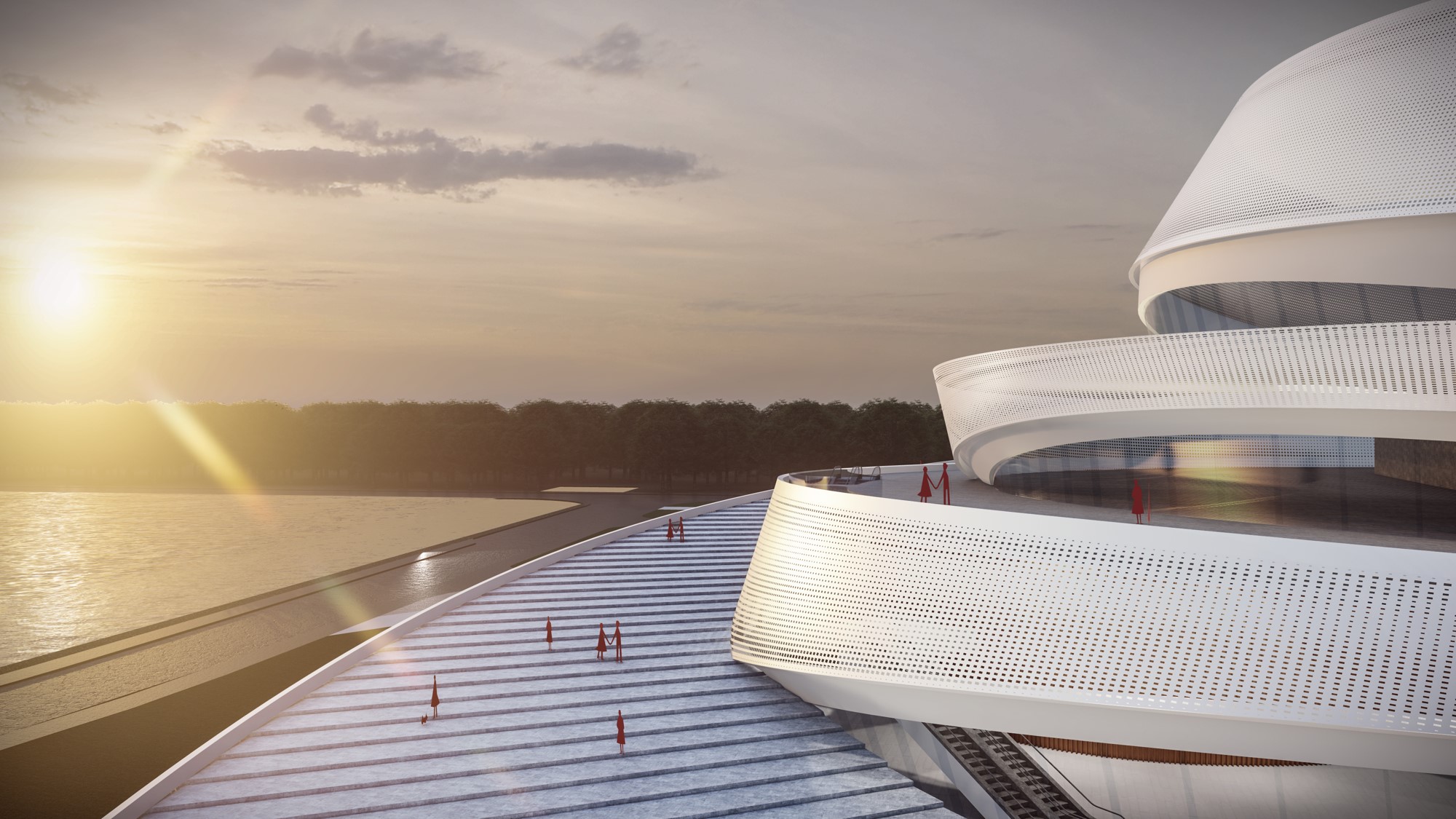 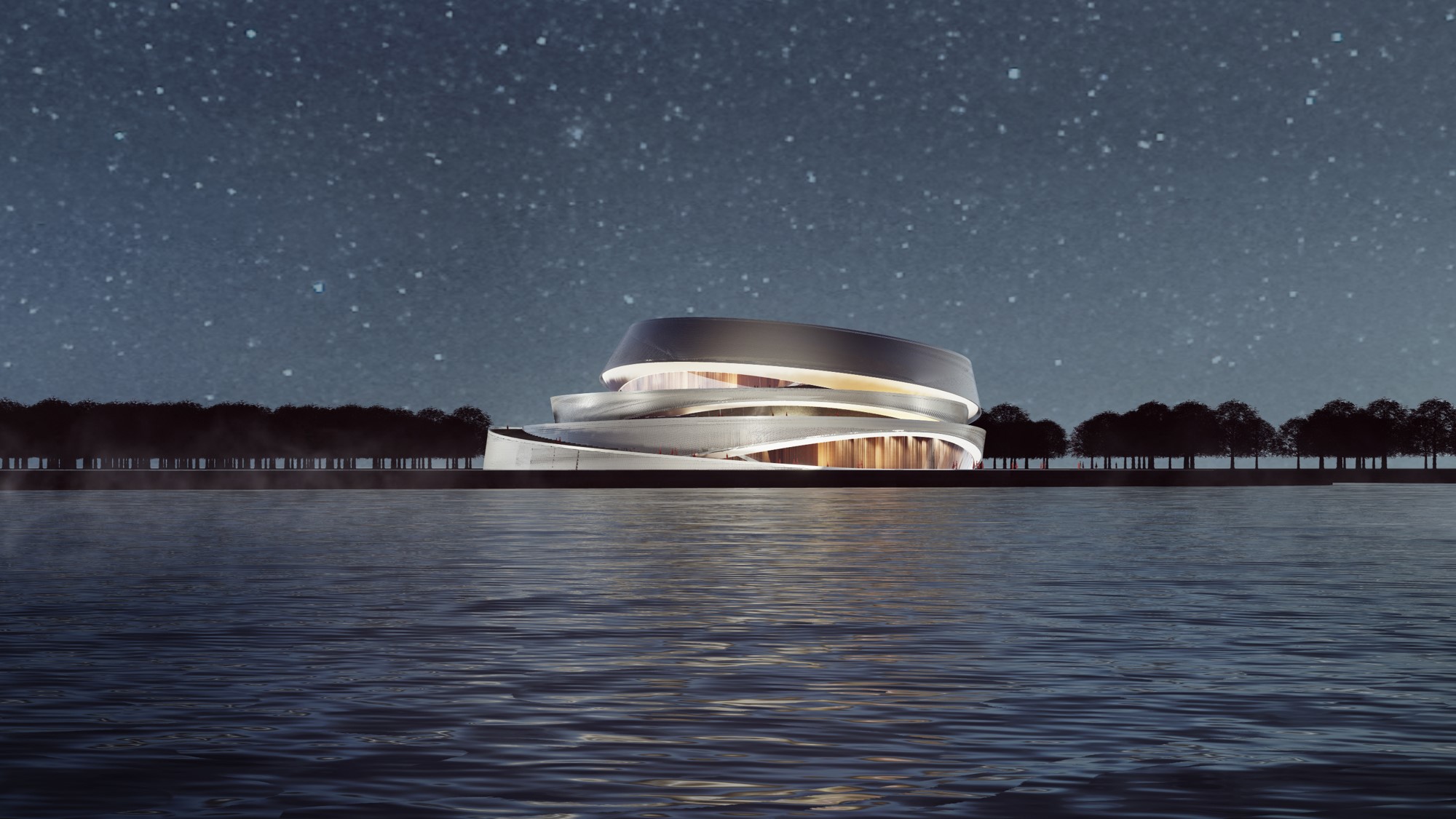 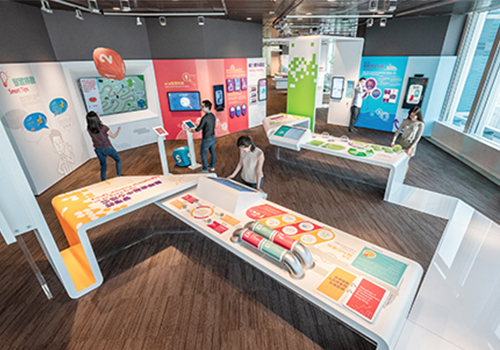 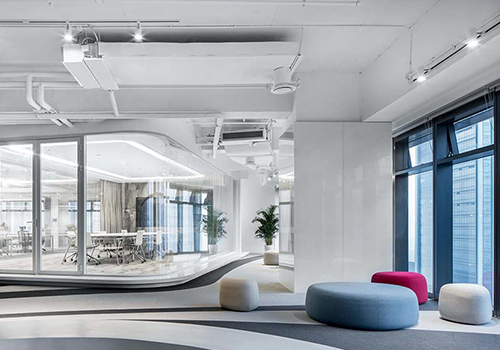 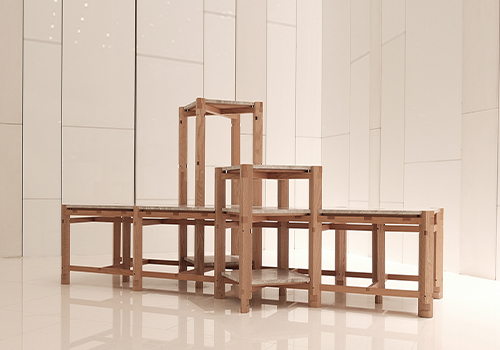 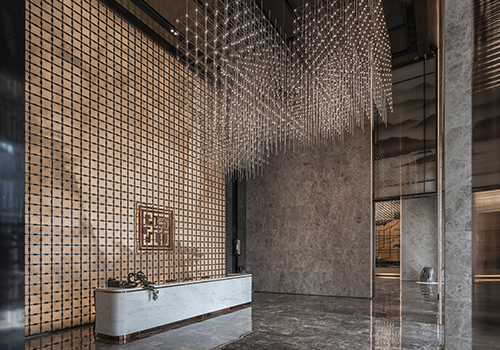