Next to Hongkong and Macao, Hengqin New Area is one of the fastest growing cities in China. We won the competition for the new culture and art center, which is going to be built in the next three years. The site is limited between crowded residential towers and an open city park. Instead of putting nine programs into a “solid” building, we adopt a strategy of “void”, to create an energetic complex with super-scale porous space for the high-density urban context. The main public space on the lower level is composed by three giant arch caves coated by wood and bamboo panels, to create a transparent window and a grand open space for urban life. We use inverted catenary as the geometry of arches, which is a common prototype shared by traditional Chinese and classical western culture. During the day, people can directly enjoy the views of the park outside the building. At night, the three transparent arched halls emit soft lights and become the stage background for various public events in the park. Each arch has a unique character with specific atmosphere. In the knowledge hall, crystal book blocks build up a vertical village for all ages of readers. Performance hall in the middle has a big open stage and a black box theater for dancing, concerts, dramas, and operas. The interior of exhibition hall is a porous space, where cheese holes scatter mysterious light into the space as joints between science and art. These three halls can be experienced not only in a continuous movement but parallel worlds. Above the arches, are there modular space units designed to maximize flexibility for the future. The building skyline is curved along a catenary from the north hill towards the south river. On the green overlapping urban balconies, are there three dedicated theme parks. At the first platform of ceremony, people can hold a wedding or a big birthday party. The semicircular grandstand to the second level gives you a great view of outdoor stage performance and the river. Project Video https://vimeo.com/399104745/7fd70822ed 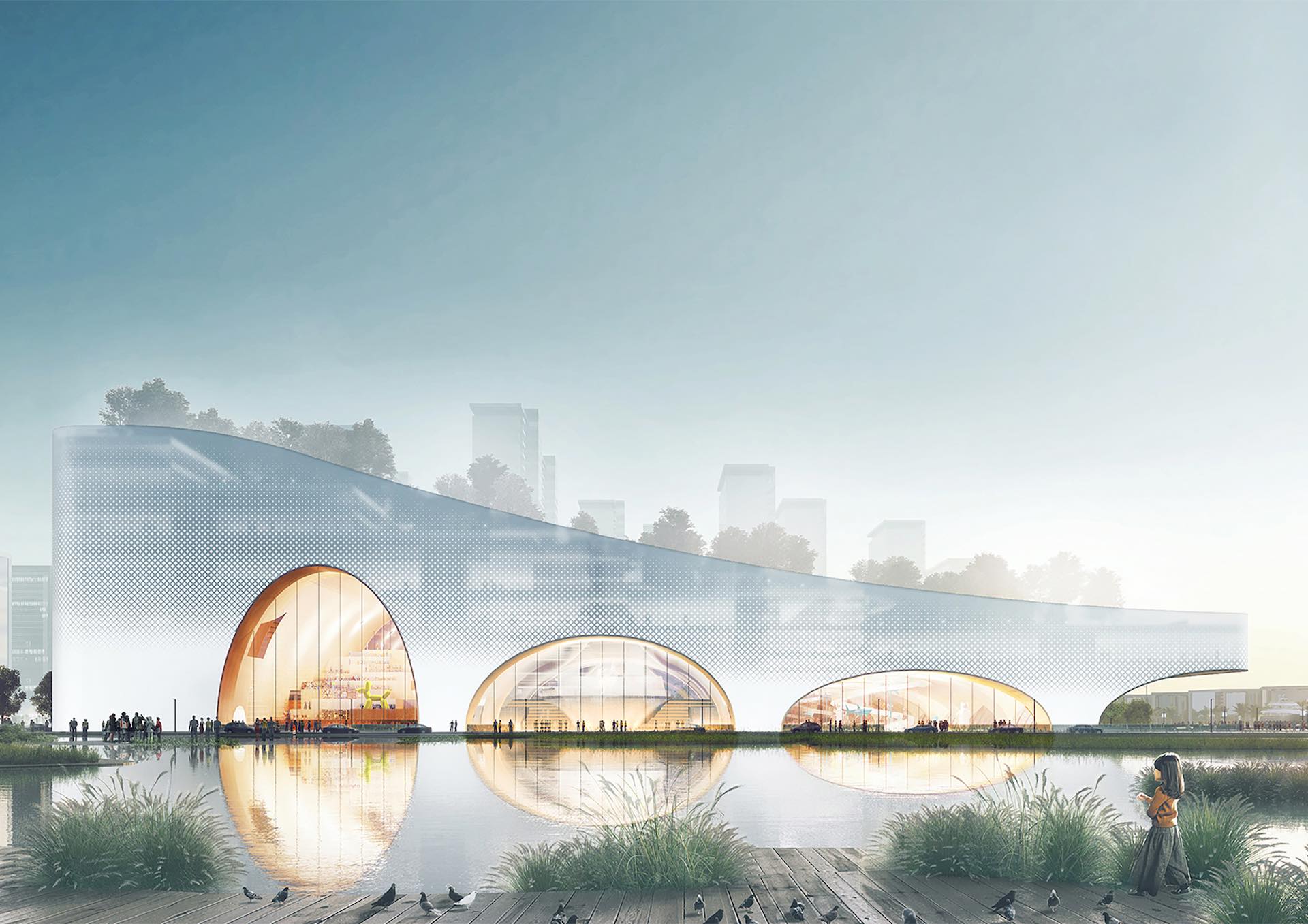 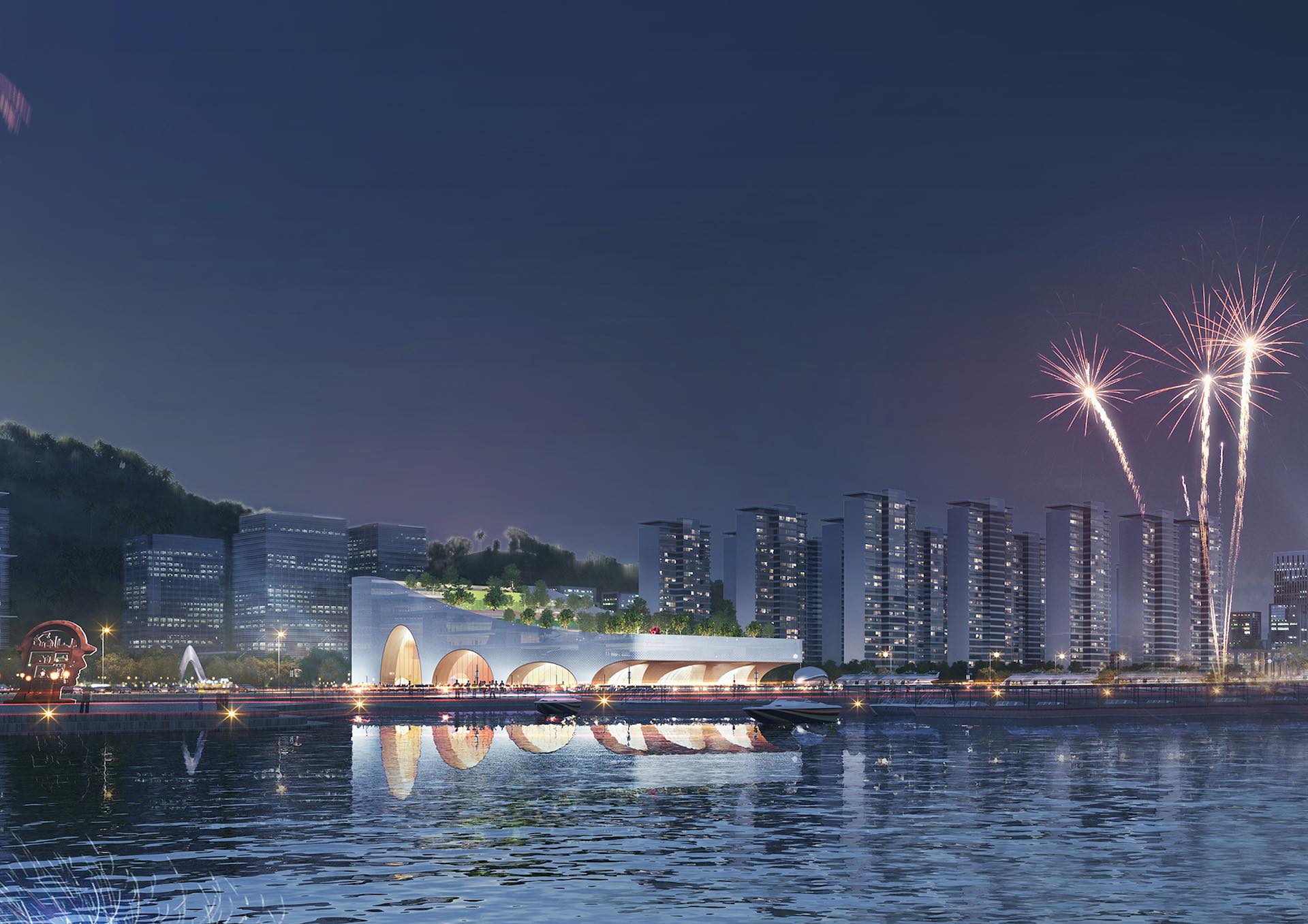 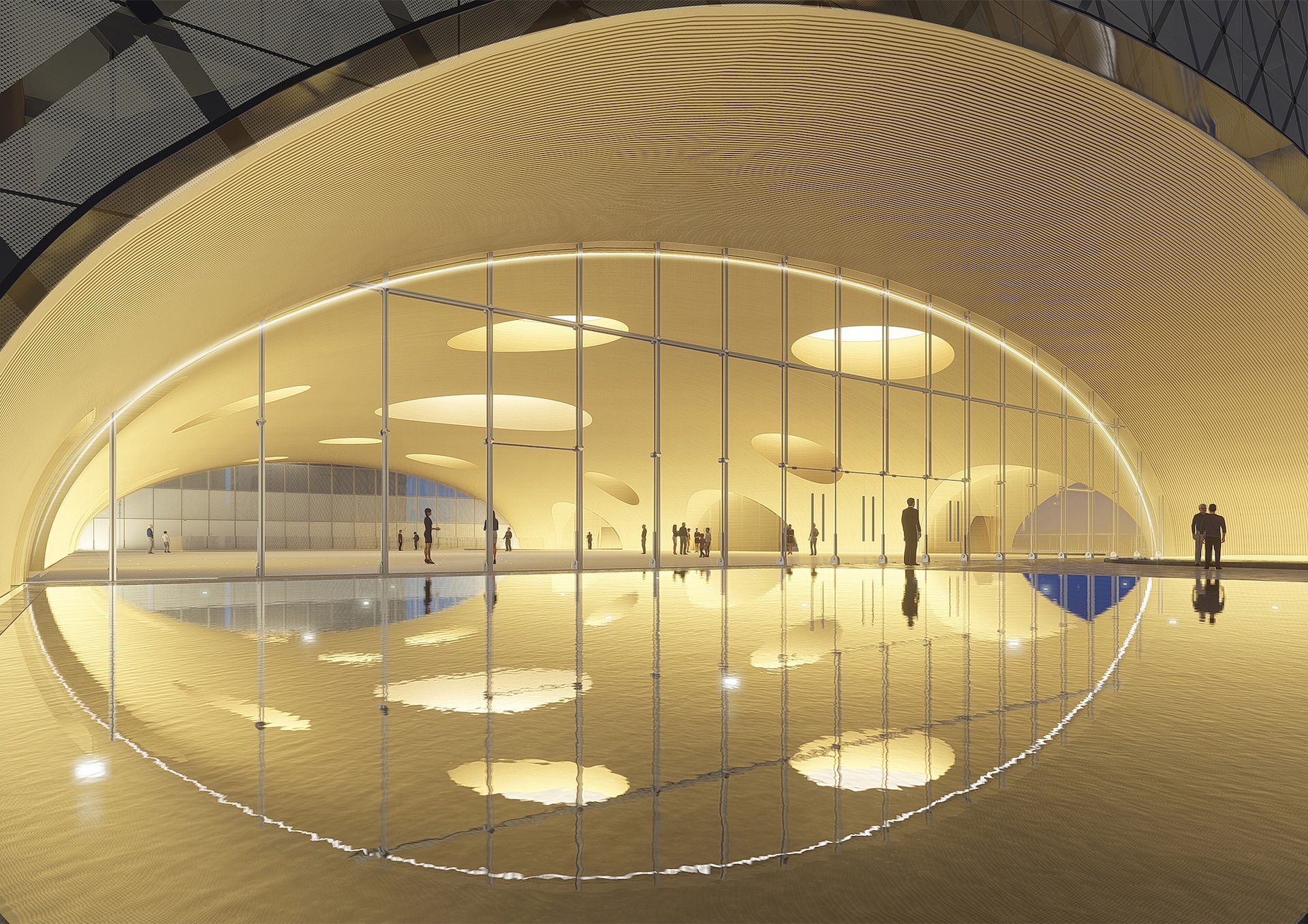 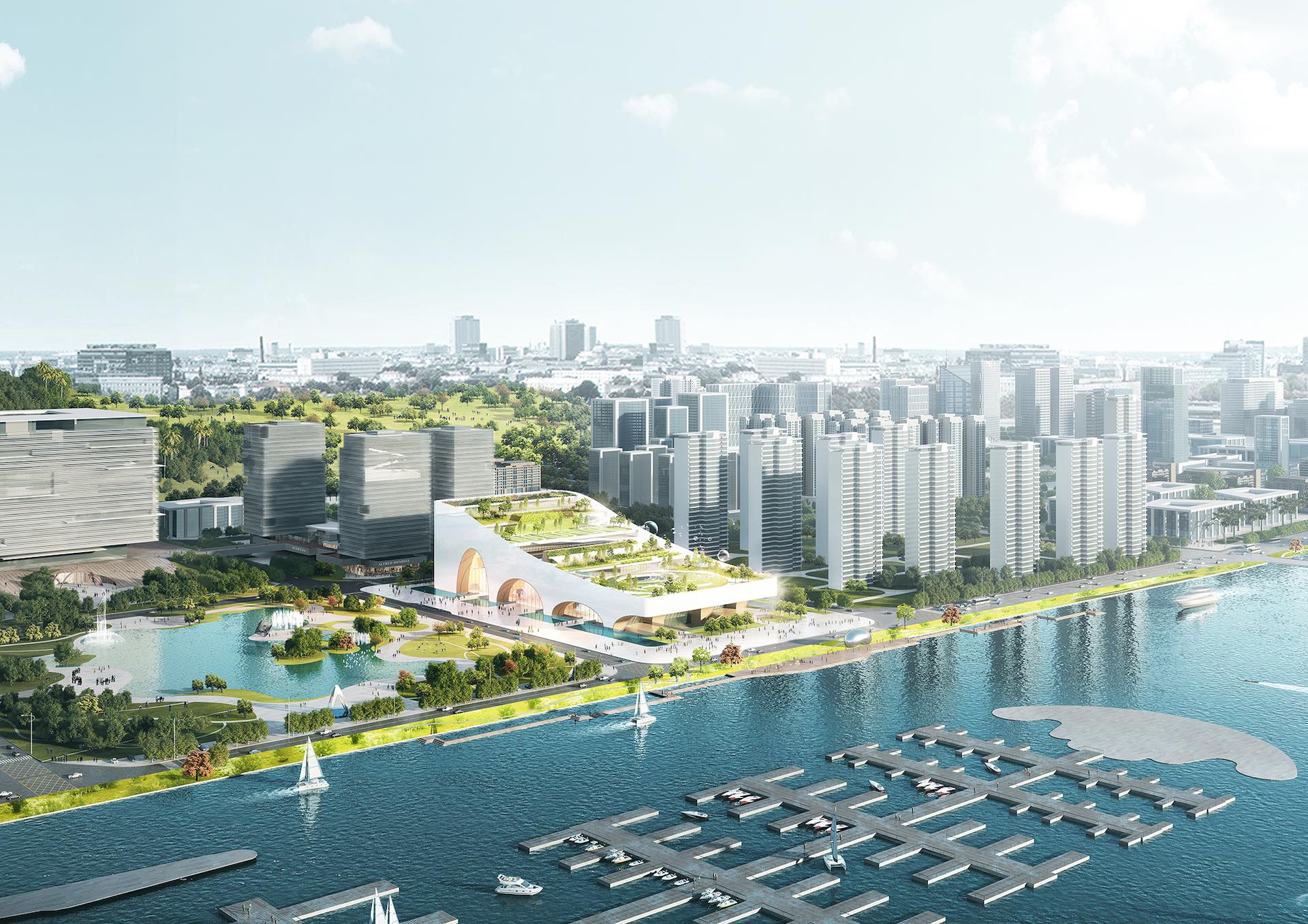 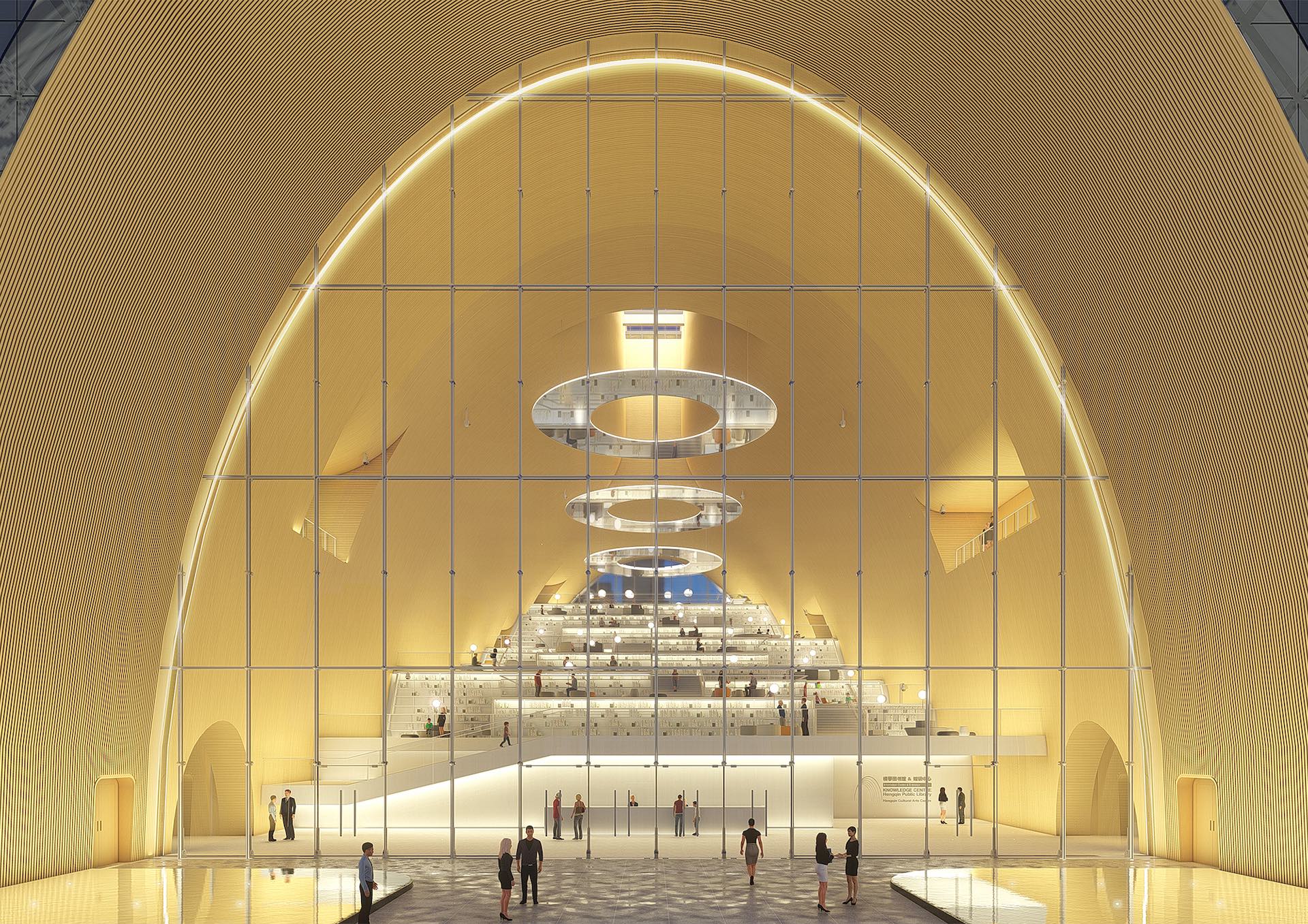 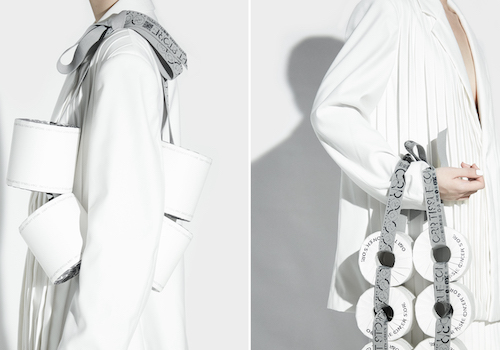 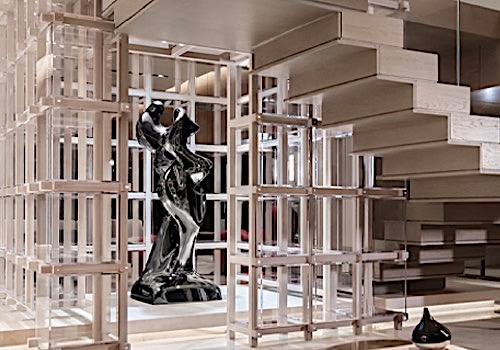 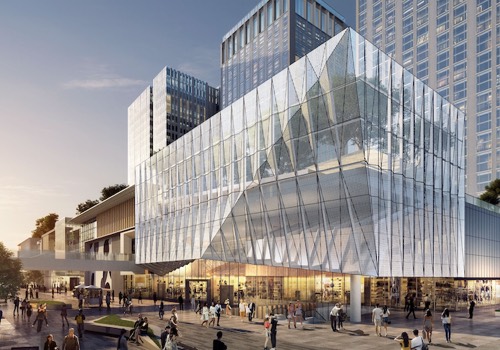 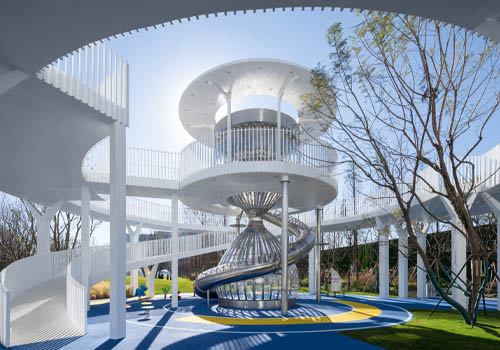