This project is located at a high floor building in a commercial district in Taipei. While visually presents the concept of "flow" of nature, the designers connected small independent spaces in series to represent the concept that "water is flowing from heaven to the earth," soundlessly implied a world of infinite connection. The modern office space fully depicts the characteristics and imagery of the network technology industry. The main entrance is located in the middle of this office project, with the reception counter as the center to divide the space. A large open office area is on one side. Covertly, the staff rest area and the VIP reception room are on the other side. Department heads office area is arranged behind the reception counter, bringing out a sense of privacy and an imposing atmosphere with authority. The design concept of "the flow of water" and "the accumulation of air" repeats to express the idea of an endless life. The imagery of "cloud, air, and water" sums up the design concept and interprets the cycle of "the sublimation of water into air, the accumulation of air into cloud, the condensation of cloud into water, and the return of water to the earth". The pentagonal stereoscopic ceiling that is connected but in independent shapes symbolizes the clouds in the sky. The lightning grille that links with the clouds ceiling responds to the contrasting lines on the floor, which cohesively direct the flow in the space and visually symbolize the rapid flow of the office. The concept of "flow" of nature echoes with the flow of the fast-paced office, which gathers people together to bring out positive circulation, symbolizing a perpetual cycle. The furniture in the rest area is just like a quiet submarine entering and docking, which subtly imposes a tranquil atmosphere for resting. With delicate materials such as the Carrara visual wall in VIP space and a diamond-cut modeling bar counter, the designers present a noble and exquisite space. The furniture of western-style mixing with Chinese style reflects an imposing but understated atmosphere bringing out a cultural aura. 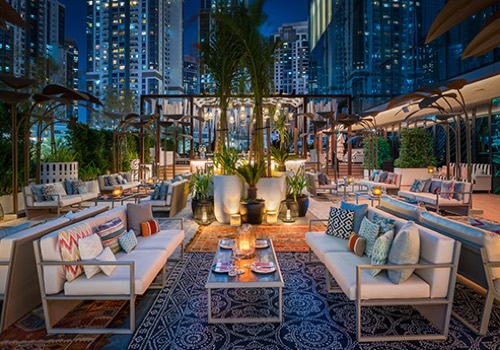 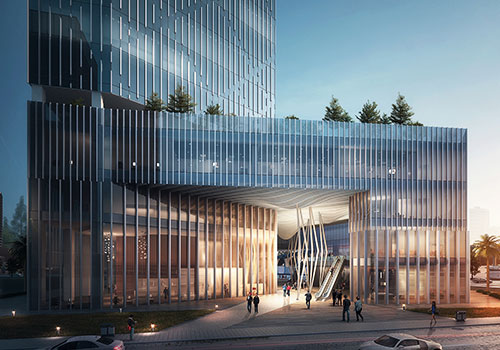 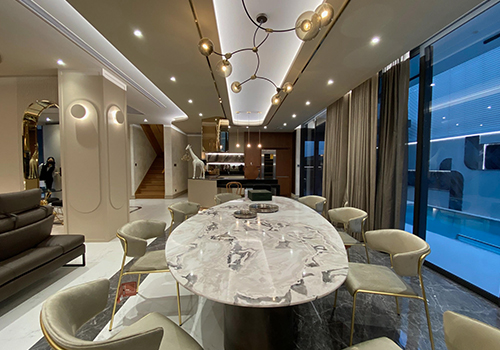 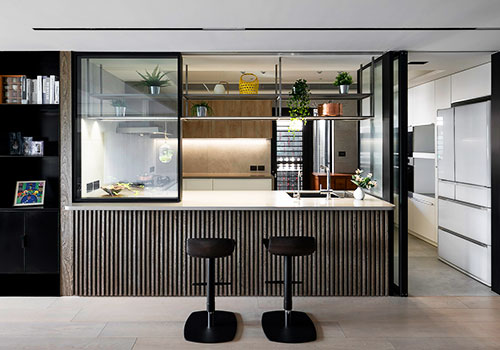