Merging in the Future

During the Guangzhou Design Week in China from 3rd to 6th of December, 2020, CUBEX Design has been in charge of designing the whole booth for Gainer and Reluck, which both are the top furnishing component companies in China. The theme of this booth is Merging in the Future. The old geometric pattern Fang Sheng Wen, dates from traditional Han nationality in ancient China, formed by the two overlapping rhombus. Through the interspersion, the connection and dislocation between the rhombus, it is connected into a technological space. In the whole design for the booth space, from outside to inside, its conveys the irreplaceable part of the hardware systemin the furniture assembly. It makes the combination of different materials into one, which plays a key role in the combination of furniture and is perfectly interpreted in the whole exhibition hall. The overall layout of the booth is mainly in black, white and silver colour. The design focuses on the futuristic cold mechanical aesthetics, the the three exclusive table art installations happening in the inner space stimulate the perception with bright colors and soft lines in contrast with mechanical lines and colors. It is a contest between joyfulness and security, expression and restraint, rationality and sensibility. Merging is happening all the time. 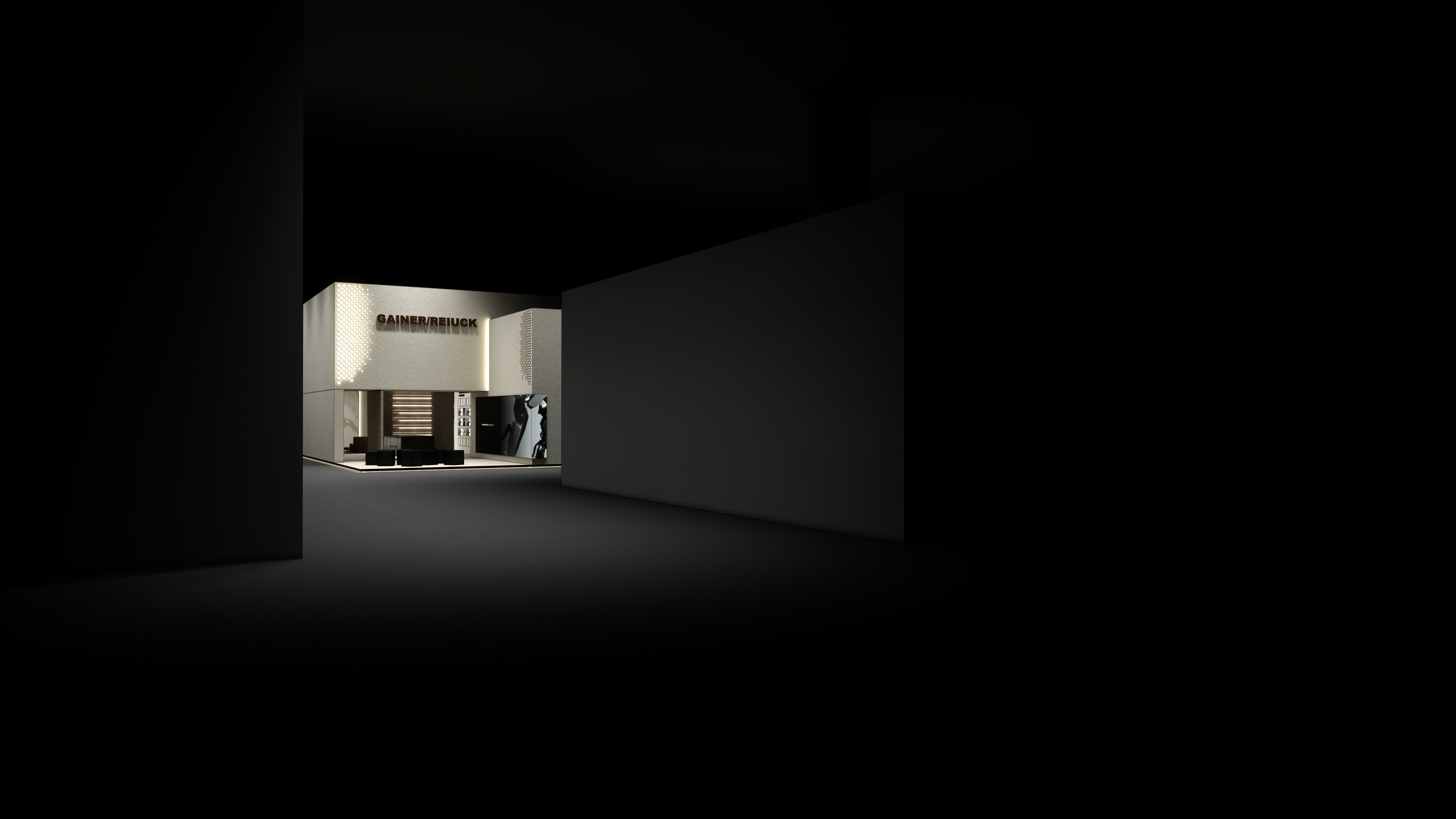 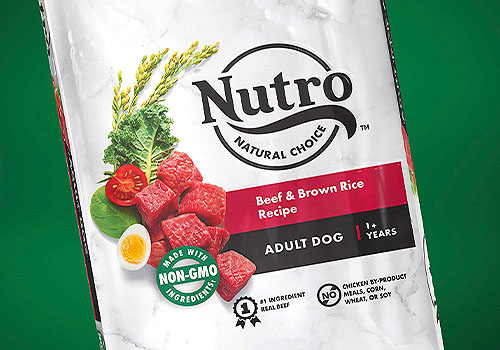 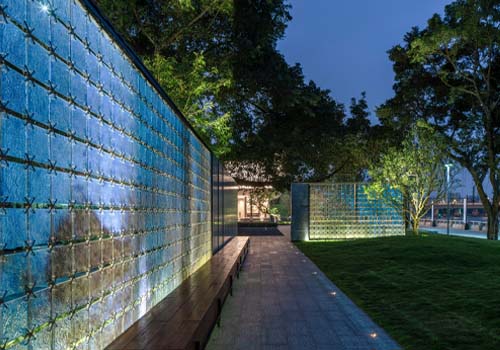 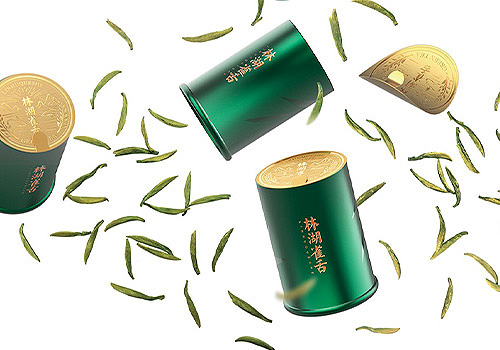 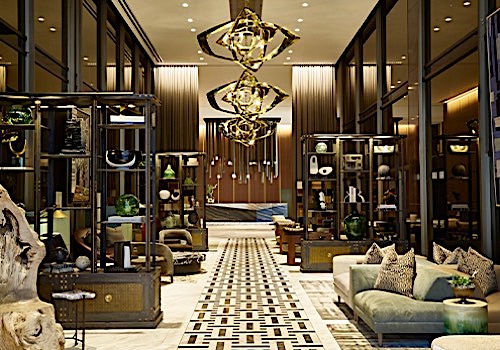