This is a project using a building that was originally a public bath.
Since it is a funeral hall, we have started a zoning plan that expands from there by making the best use of the space with the sky that was the bathhouse of the public bath.
There are various styles of funeral halls in Japan, but the funeral here is only one group, and there is a relative room that can accommodate about 6 people.
There are several funeral halls in the Hachinohe area, but we aimed to create a facility with high-class design and hospitality.
The concept is "ESSENCE OF LIGHT", and the basin and natural stones are arranged so that you can feel the quiet appearance, sunlight, and gentle breeze by the sequence of light. The art and materials placed in various places are also created with the image of the concept.
In the main hall with a high sky, a symbolic form was created by the design of the crossed wooden lattice with the motif of a Japanese umbrella on the ceiling. The sunlight leaking from that form creates various fleeting forms, and you can feel the beautiful light that matches the movement of your line of sight.
The appearance and disappearance of light proves that we, between life and death, exist in the passage of time. 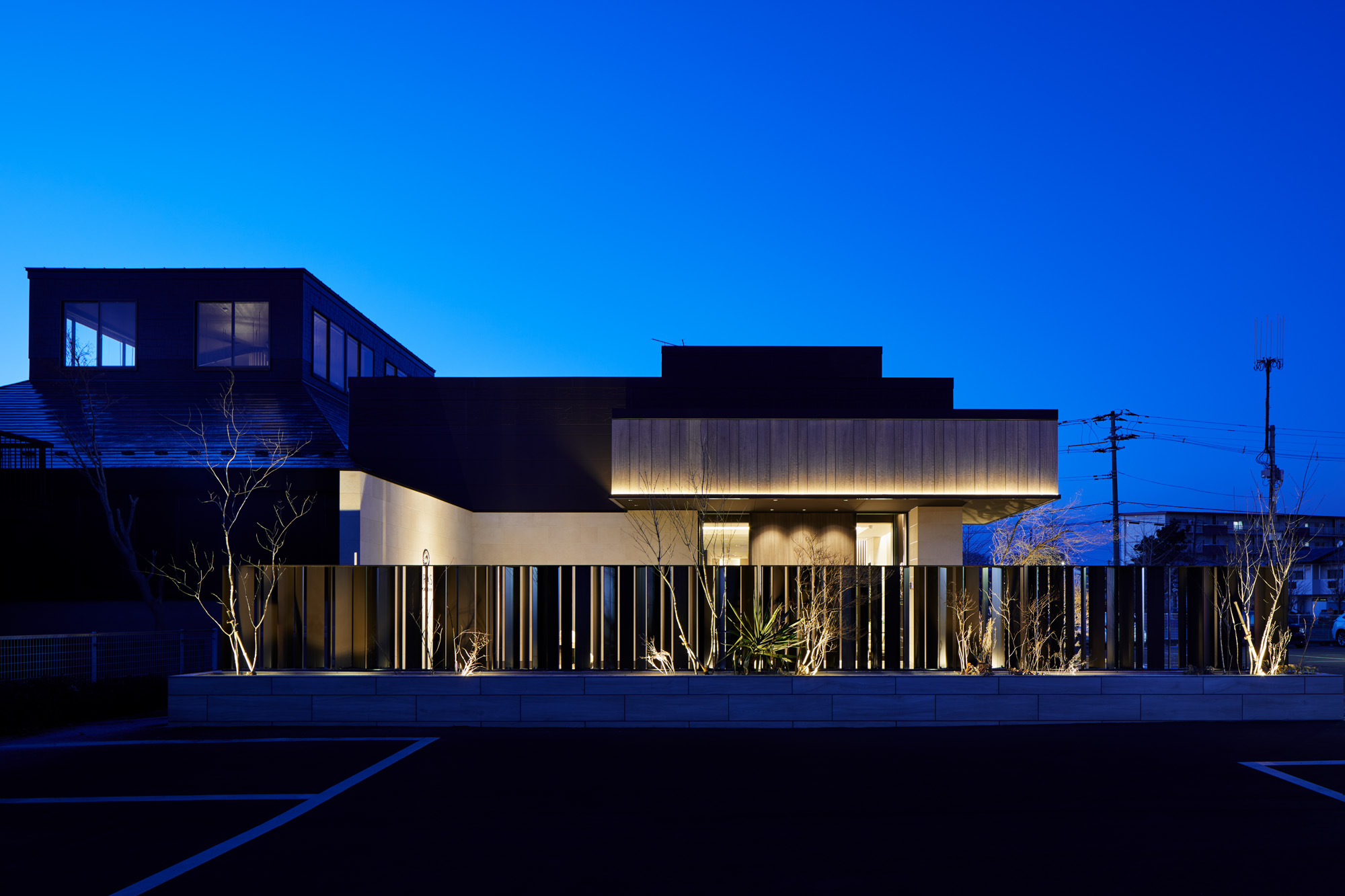 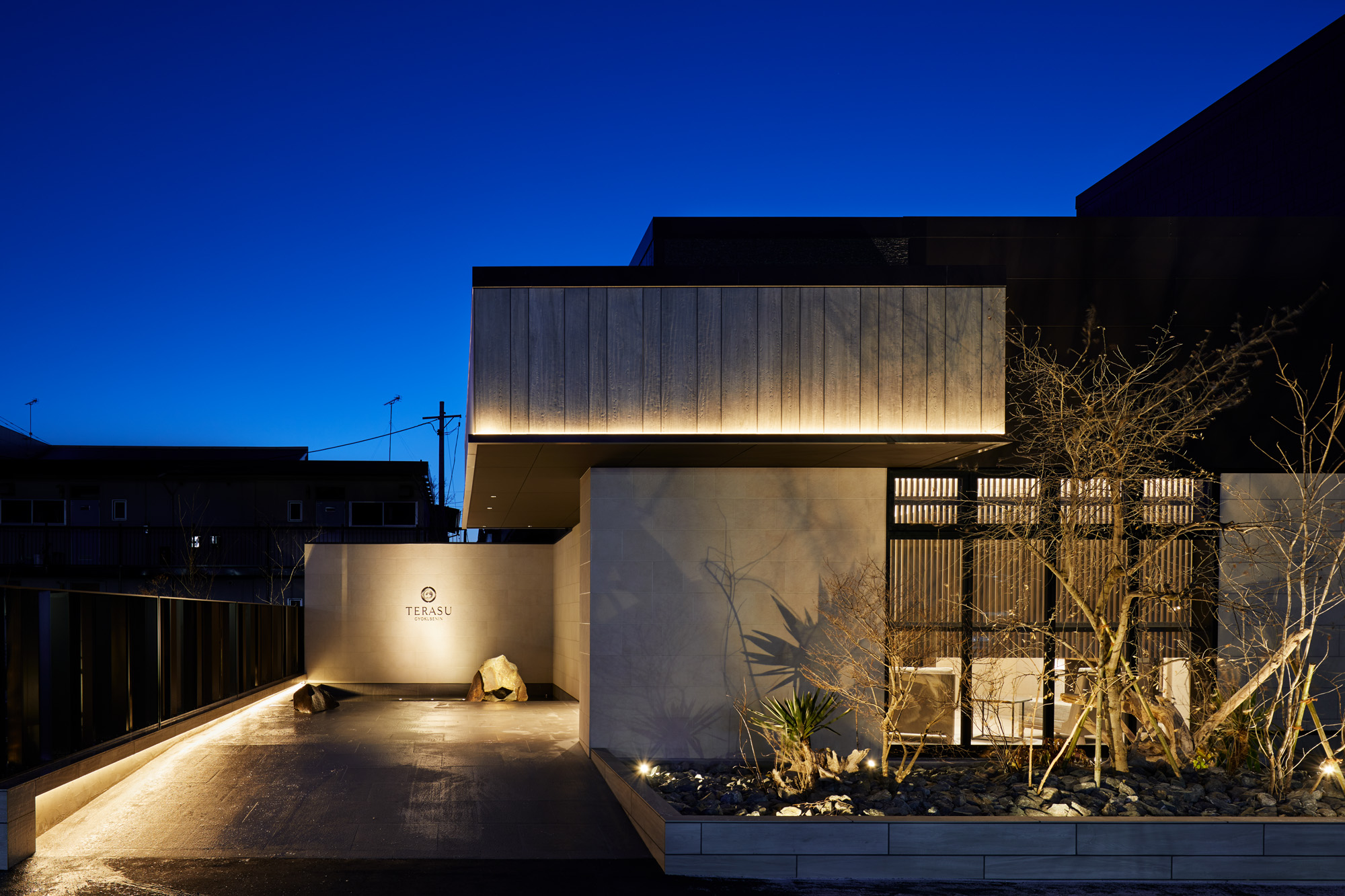 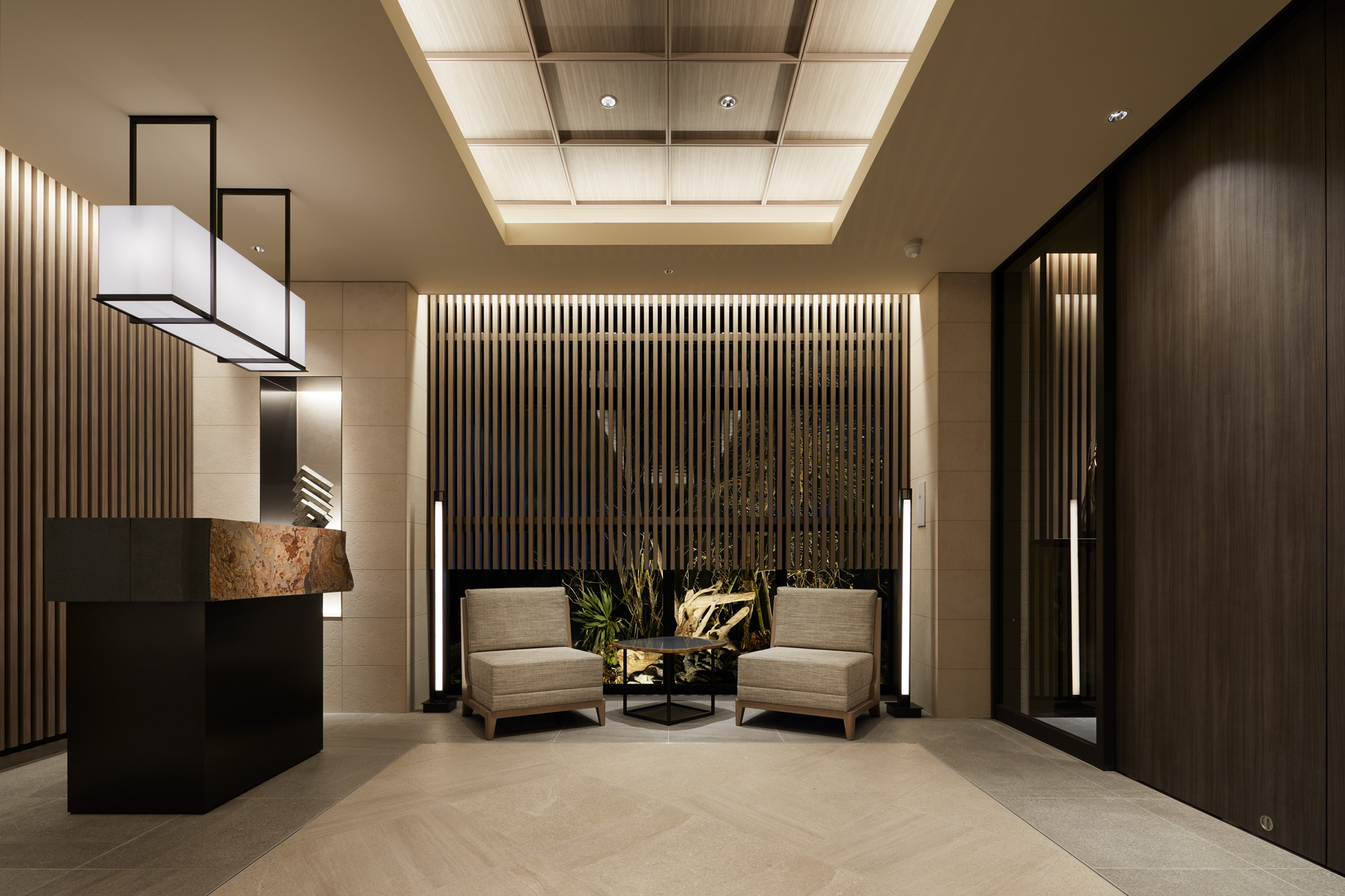 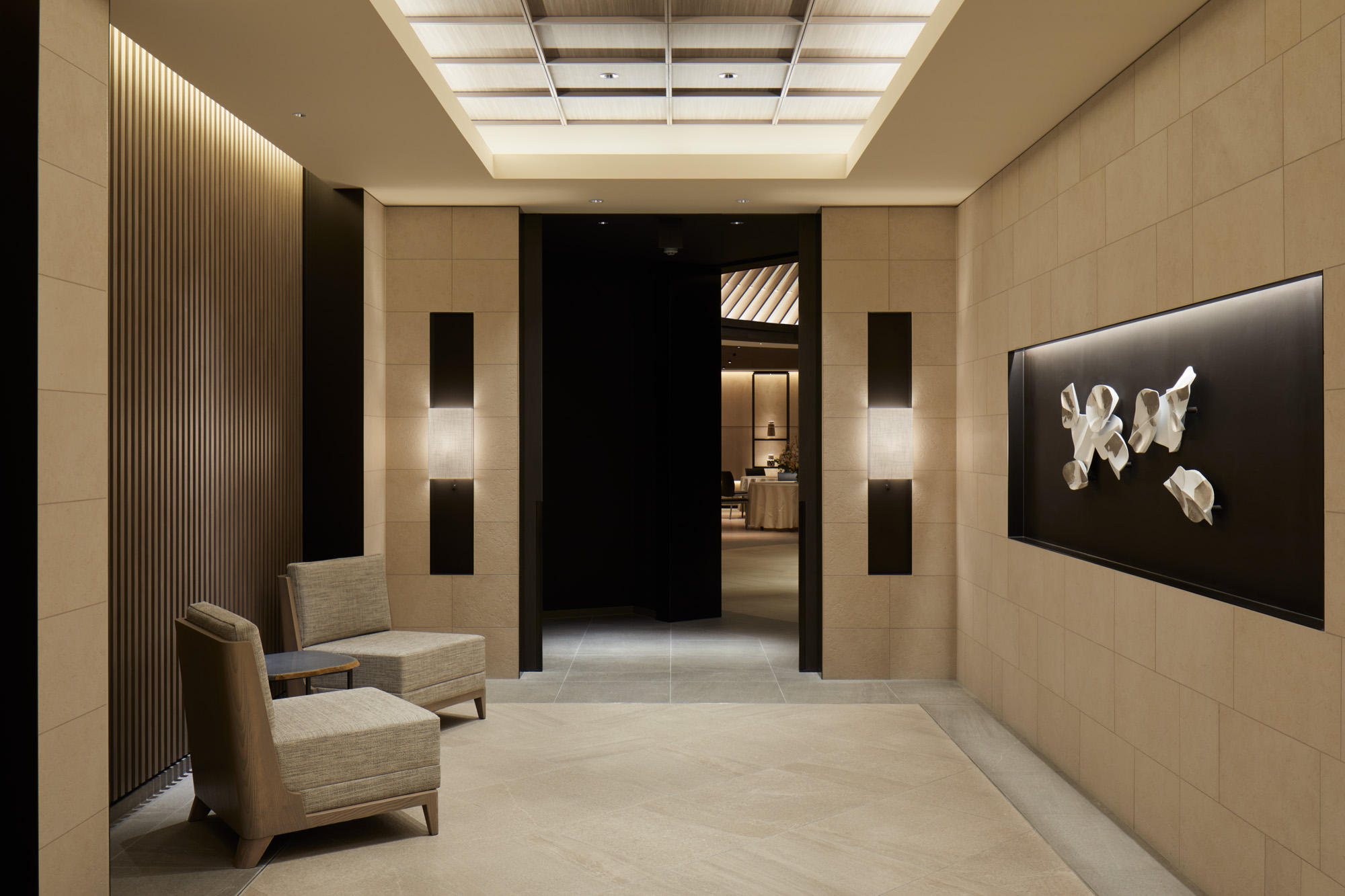 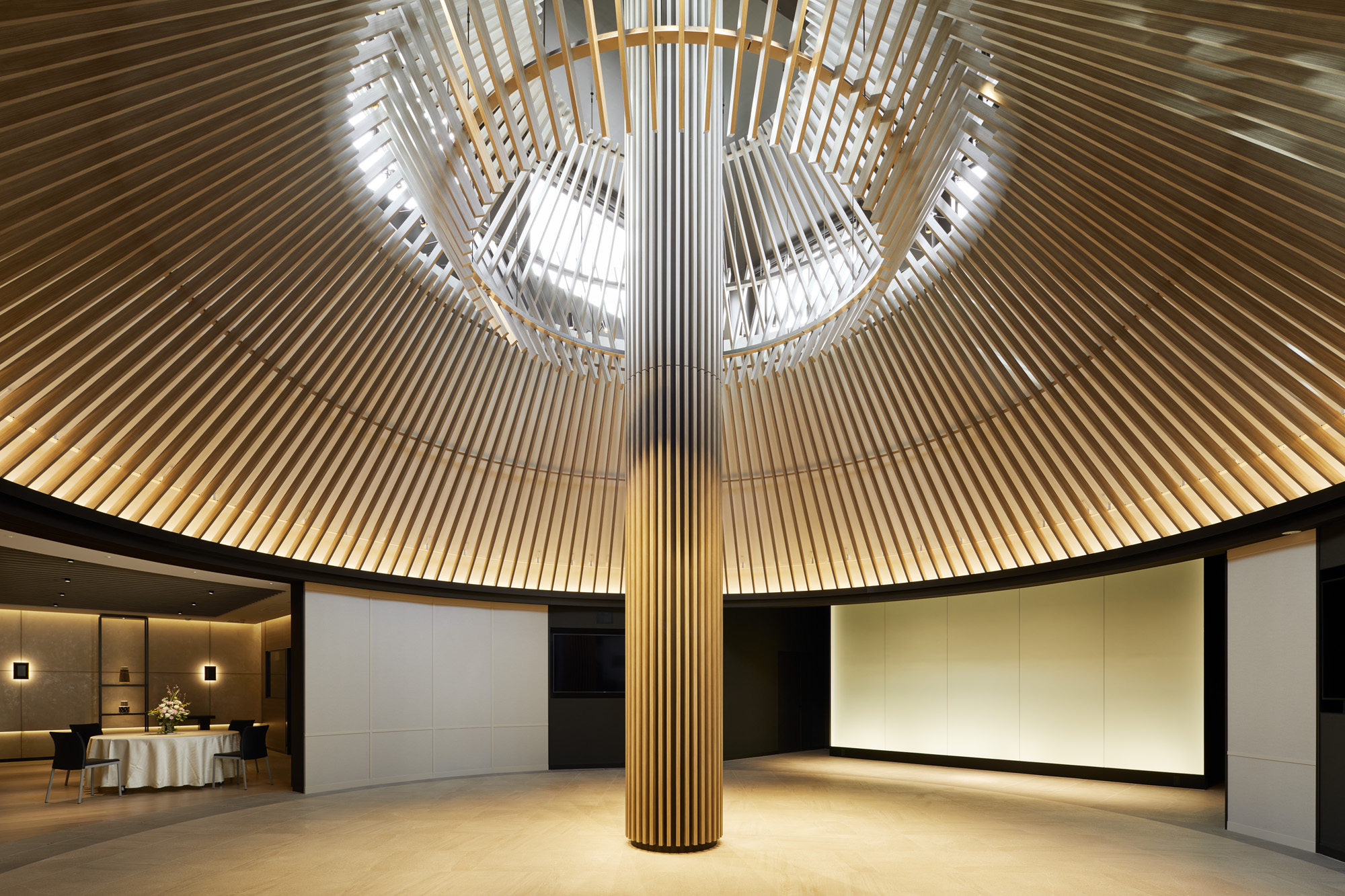 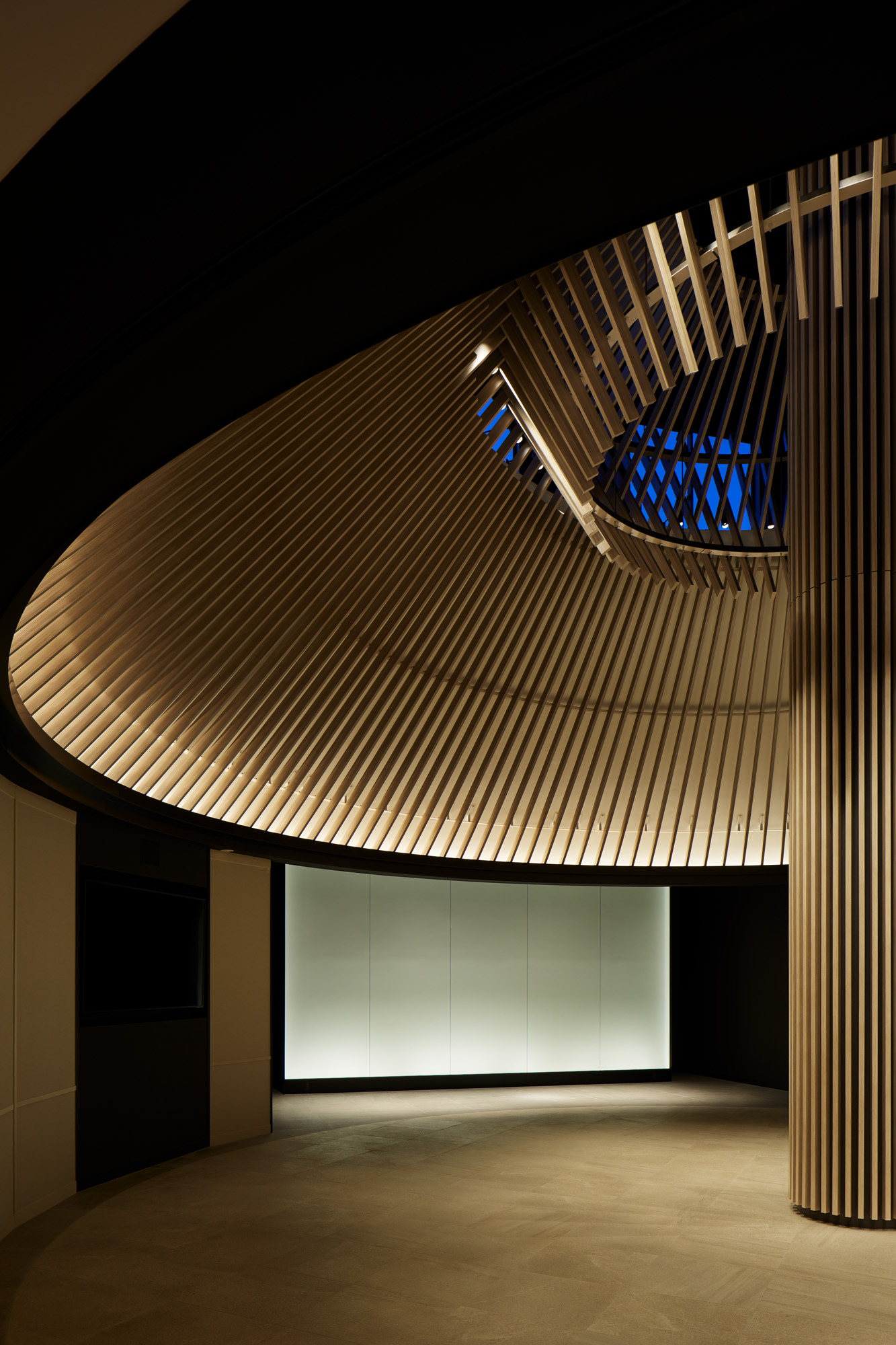 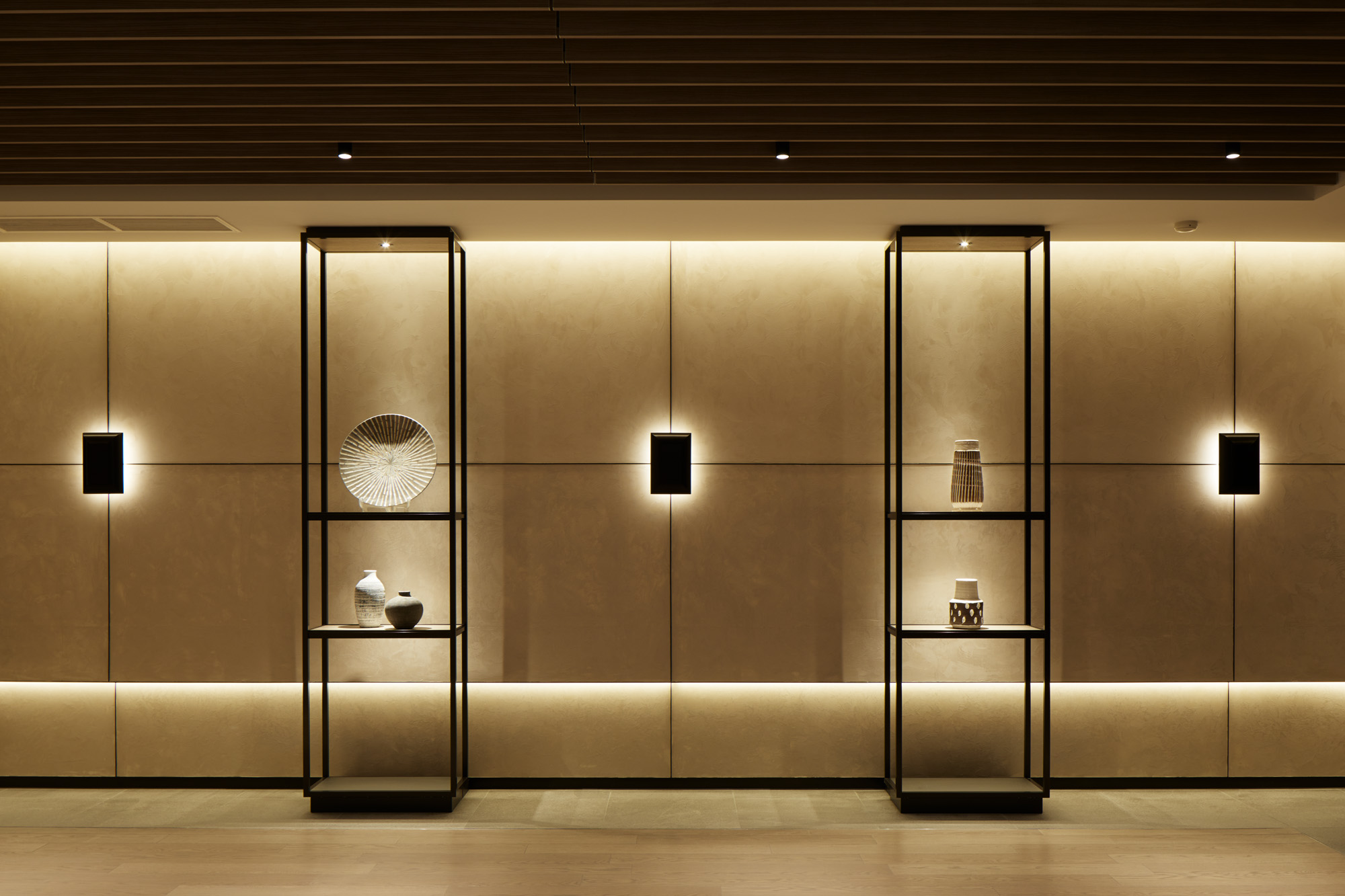 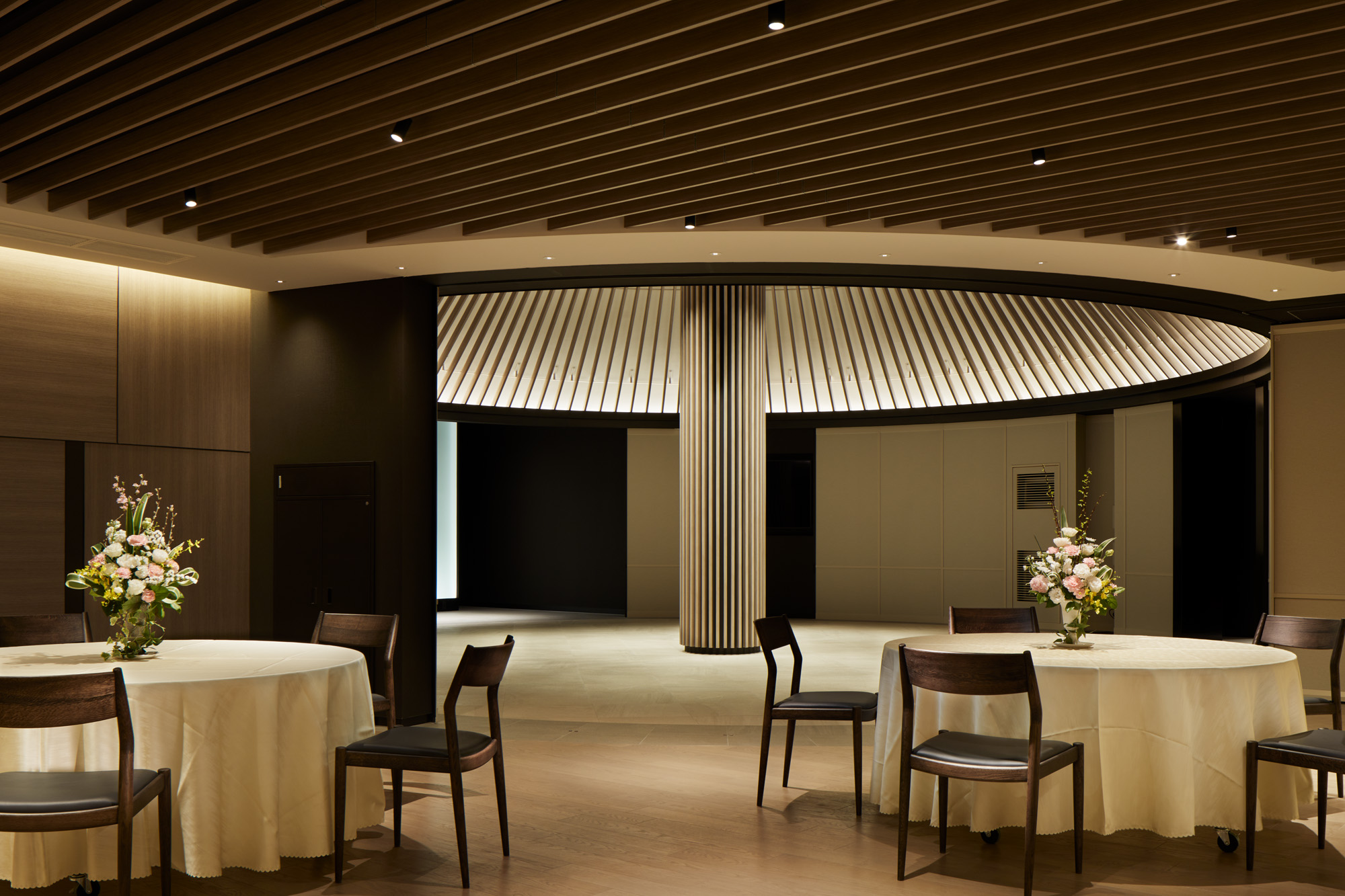 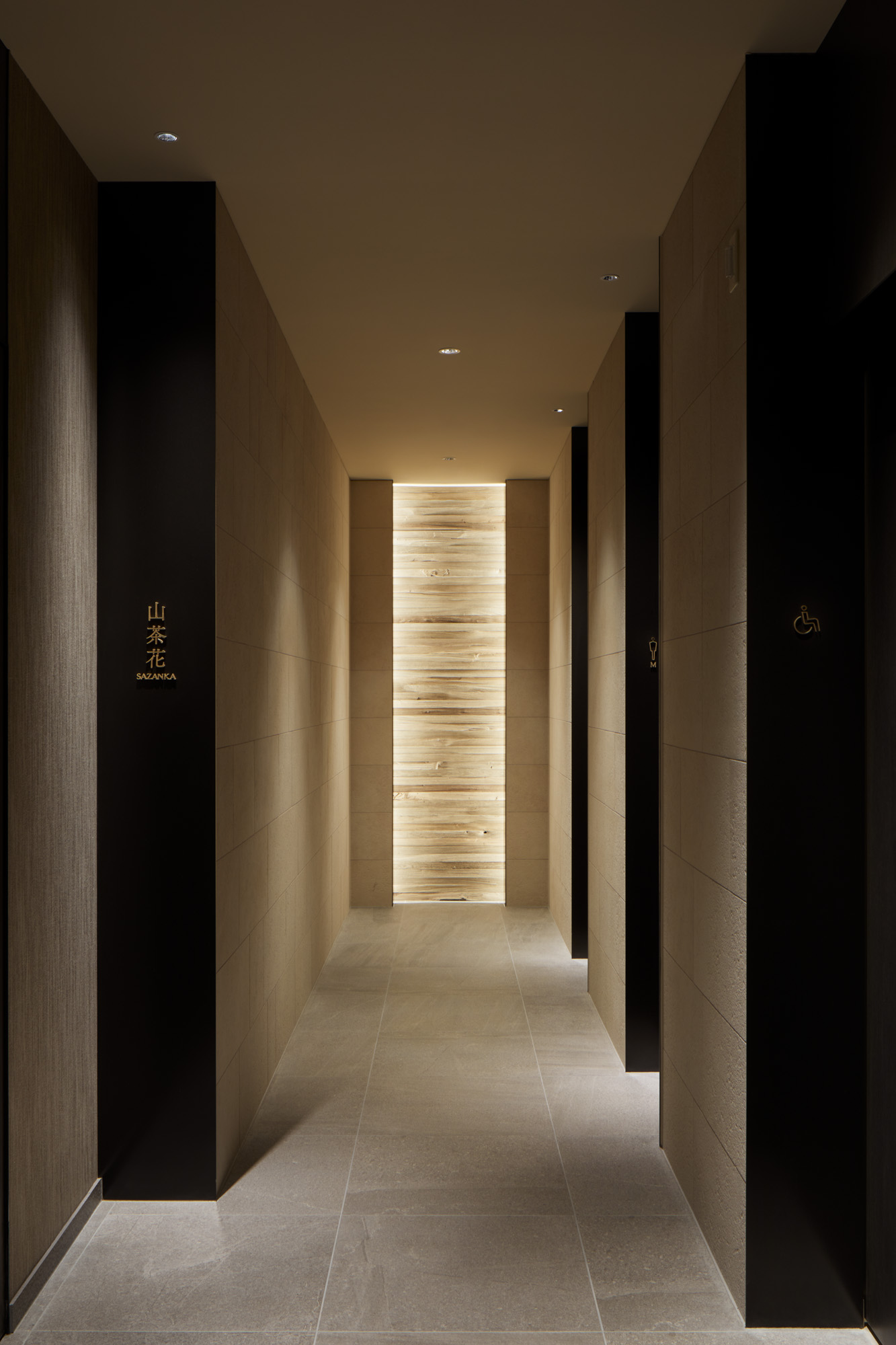 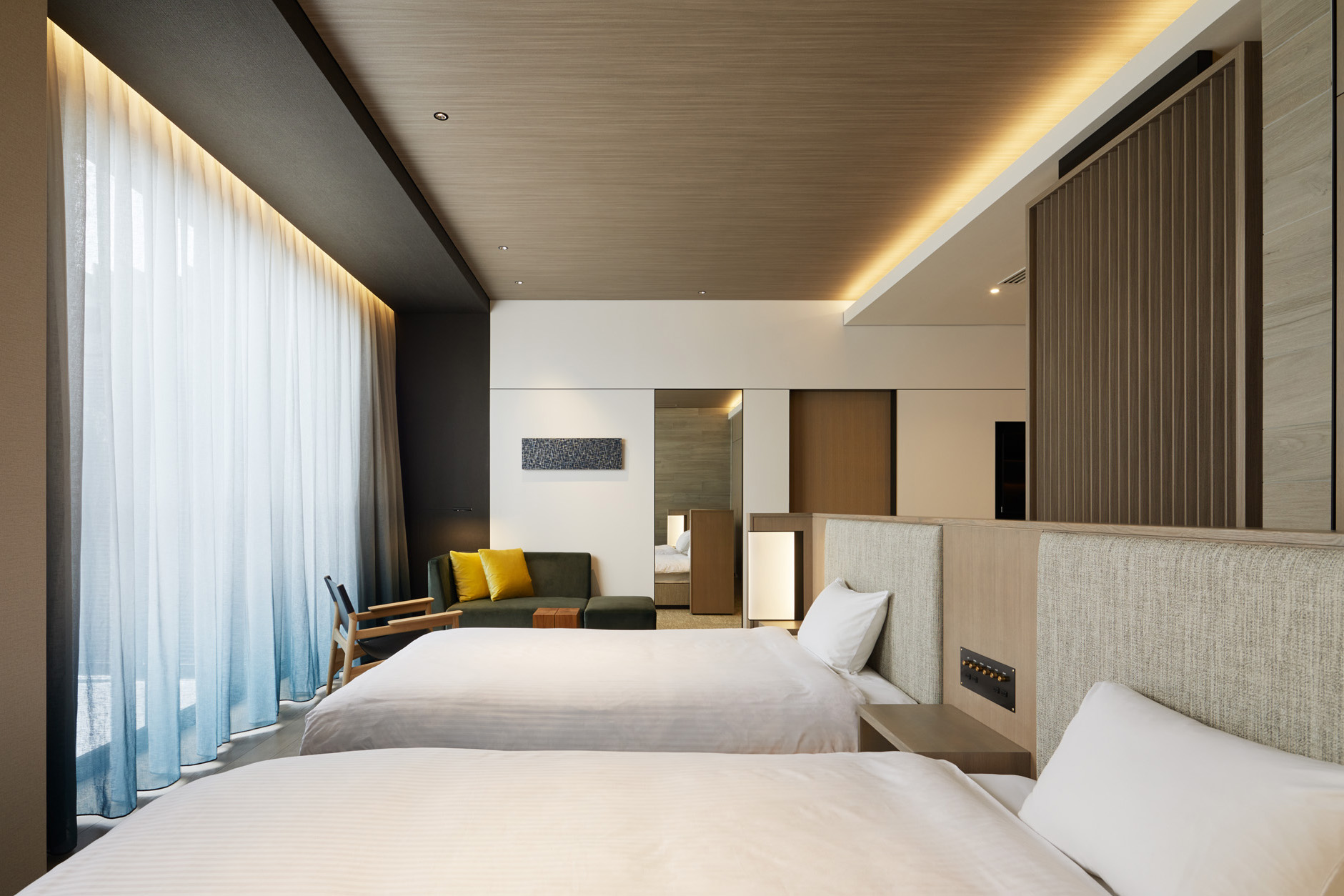 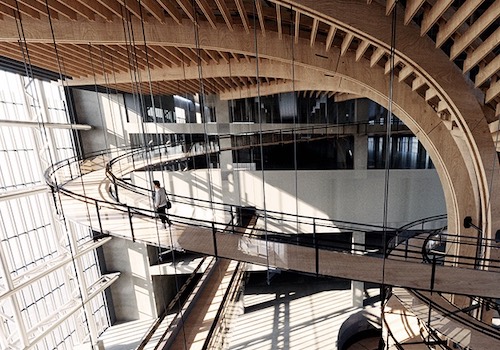 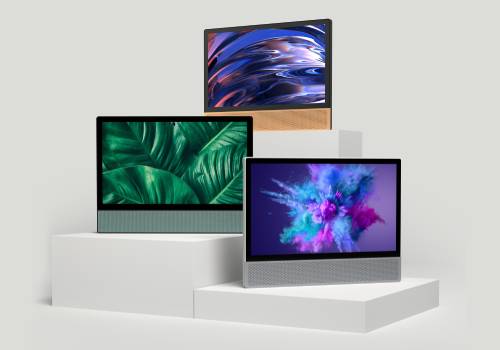 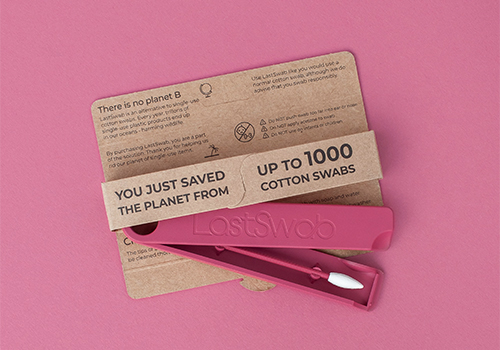 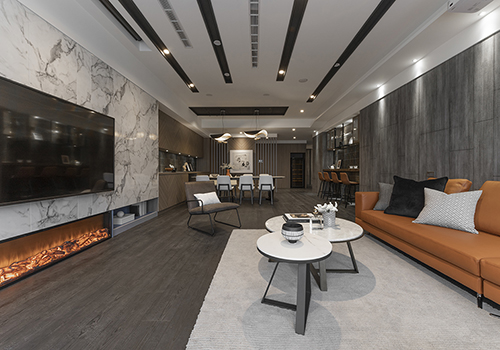