This competition proposal reimagines the relationship between local landscape and commercial development in our cities; integrating architecture, technology and ecology to create a future urban city realm. The project is based on a waterfront area in a primarily commercial district. The dialogue between the site’s two distinct sides, existing development and parkland, formed the design’s basis. Blurring the boundaries between these land uses underpins the mixed-use scheme which unites public realm, cultural, retail, commercial and transport functions. The design is a visual conversation between a city’s built and natural environments. The aim is to offer a transition; blending development with the local landscape in ways not yet seen before. The scheme experiments with the relationships between public and private, indoor and outdoor, technological and natural, by exploring new typologies.
1km-long Connected Realm
The design is unveiled over the one-kilometre-long site which connects five plots of land. Each block is terraced toward the water’s edge, the density of the blocks decreasing in the process. A dynamic slice through the architecture is evident along the city edge, revealing the organisational structure of people, places and spaces inside. A dramatic ‘Earth’s crust’ edge facing the parkland is eroded, covered in trees, vegetation and water landscapes.
The concept drew from the area’s native mangrove forests, with the designers creating four layers – The Core (B1, L1-2), The Forest (L3-5), The Cultural Canopy (L6-7), and The Floating Park (L8). The distinctive architecture mimics organic and natural forms, and visually and physically connects the subterranean and surface spaces. The diverse urban experience features a network of indoor, outdoor and semi-open environments, defining the area with pedestrian bridges, canopies and streets linked throughout the site. The transparency of the building is deliberate; the porous quality allows spaces to effortlessly appear above and below-ground, making exploration feel as organic as possible. Where roads intersect the site, the architecture above is animated – shaping the experience from all perspectives. The proposal models how diversified natural landscapes can be elevated and intertwined to create experiential value in commercial developments. 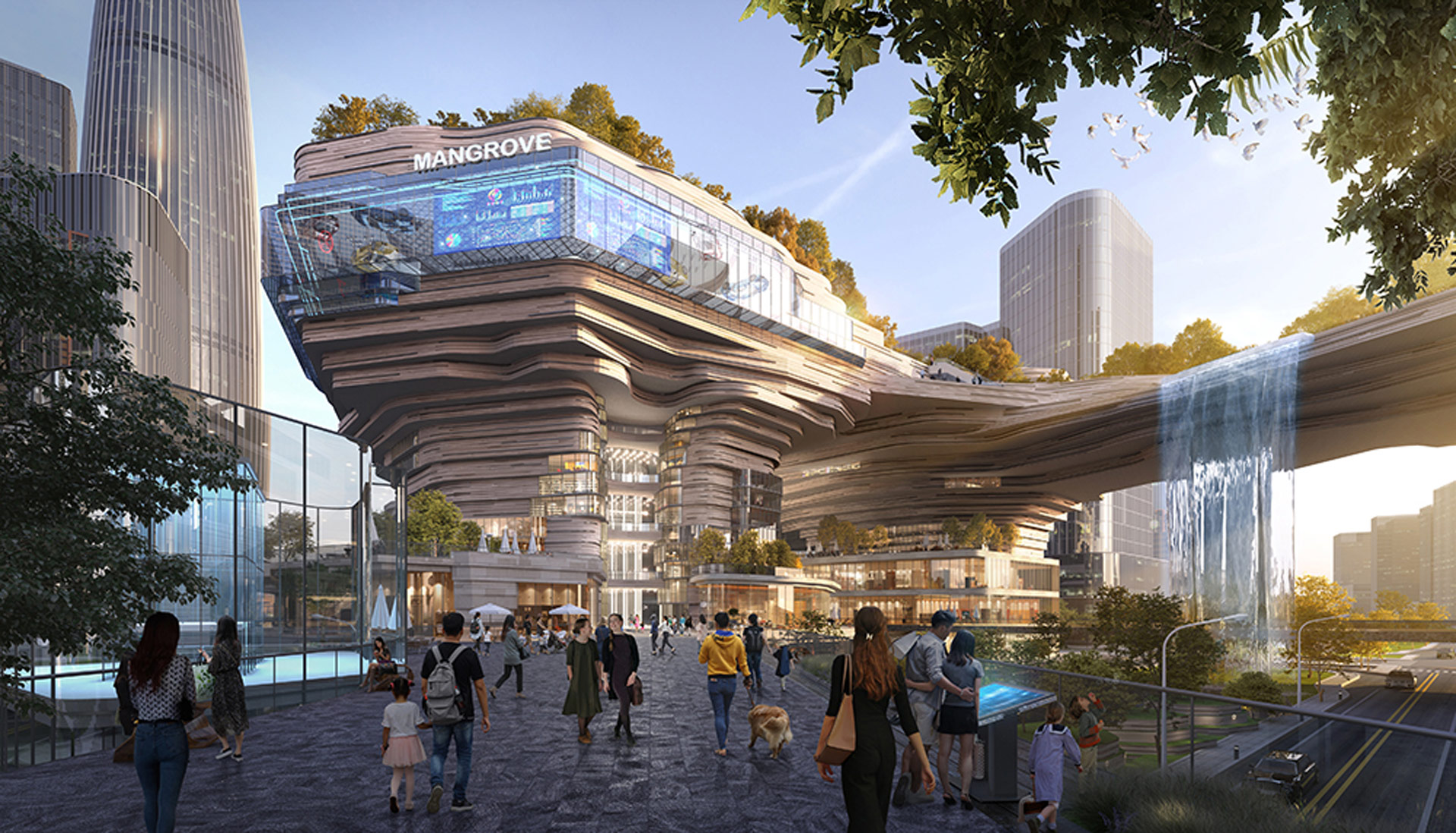 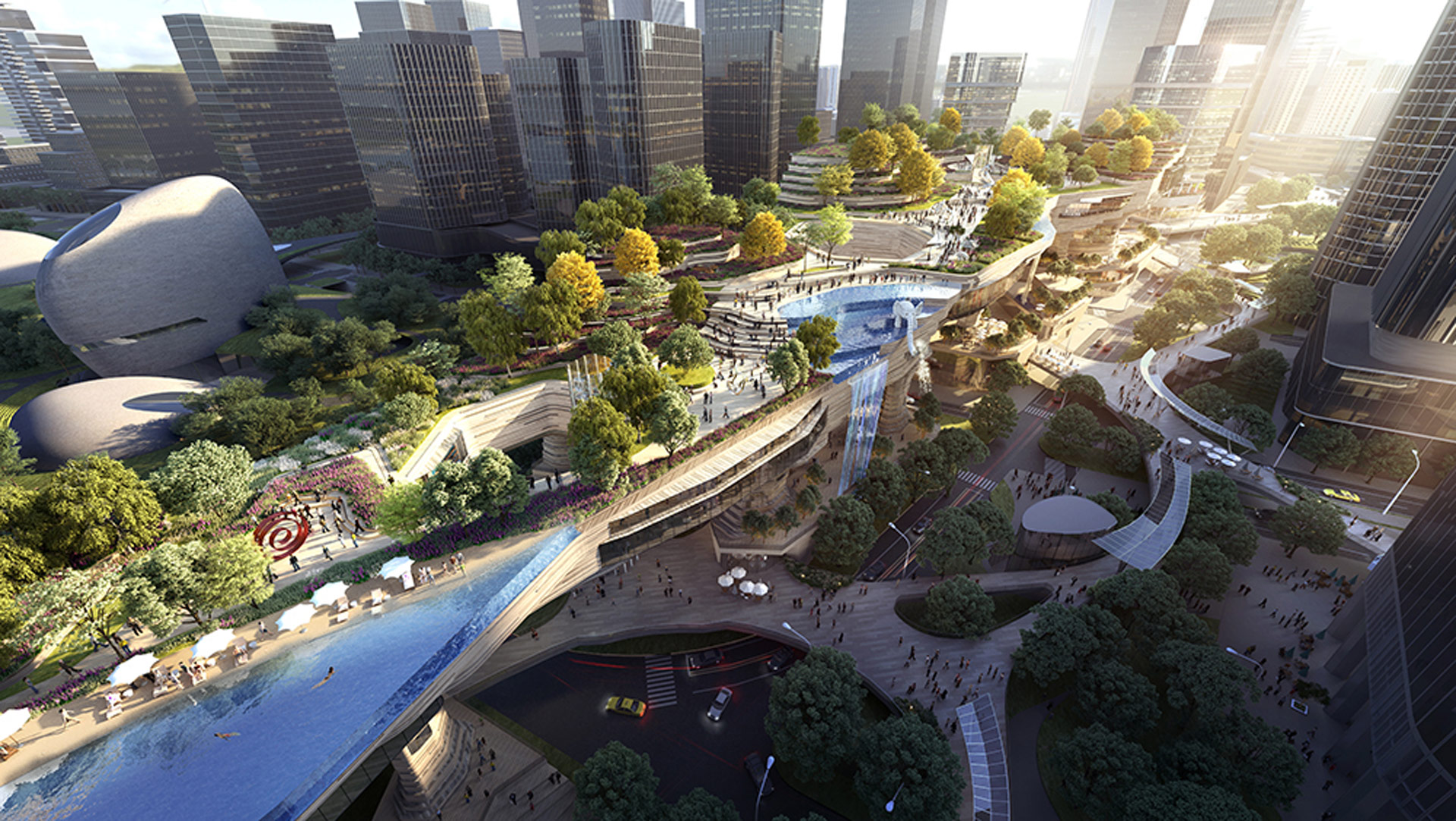 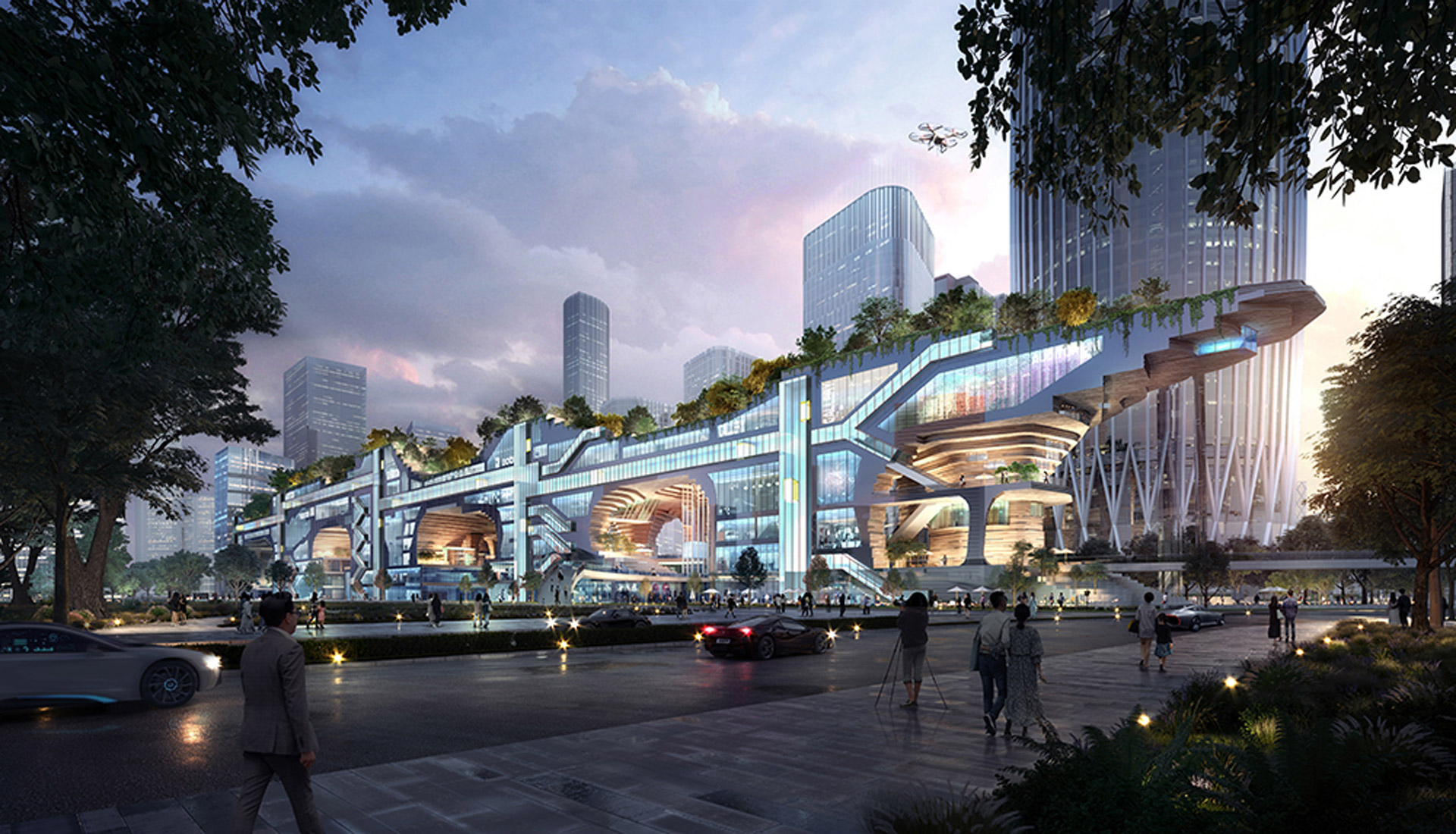 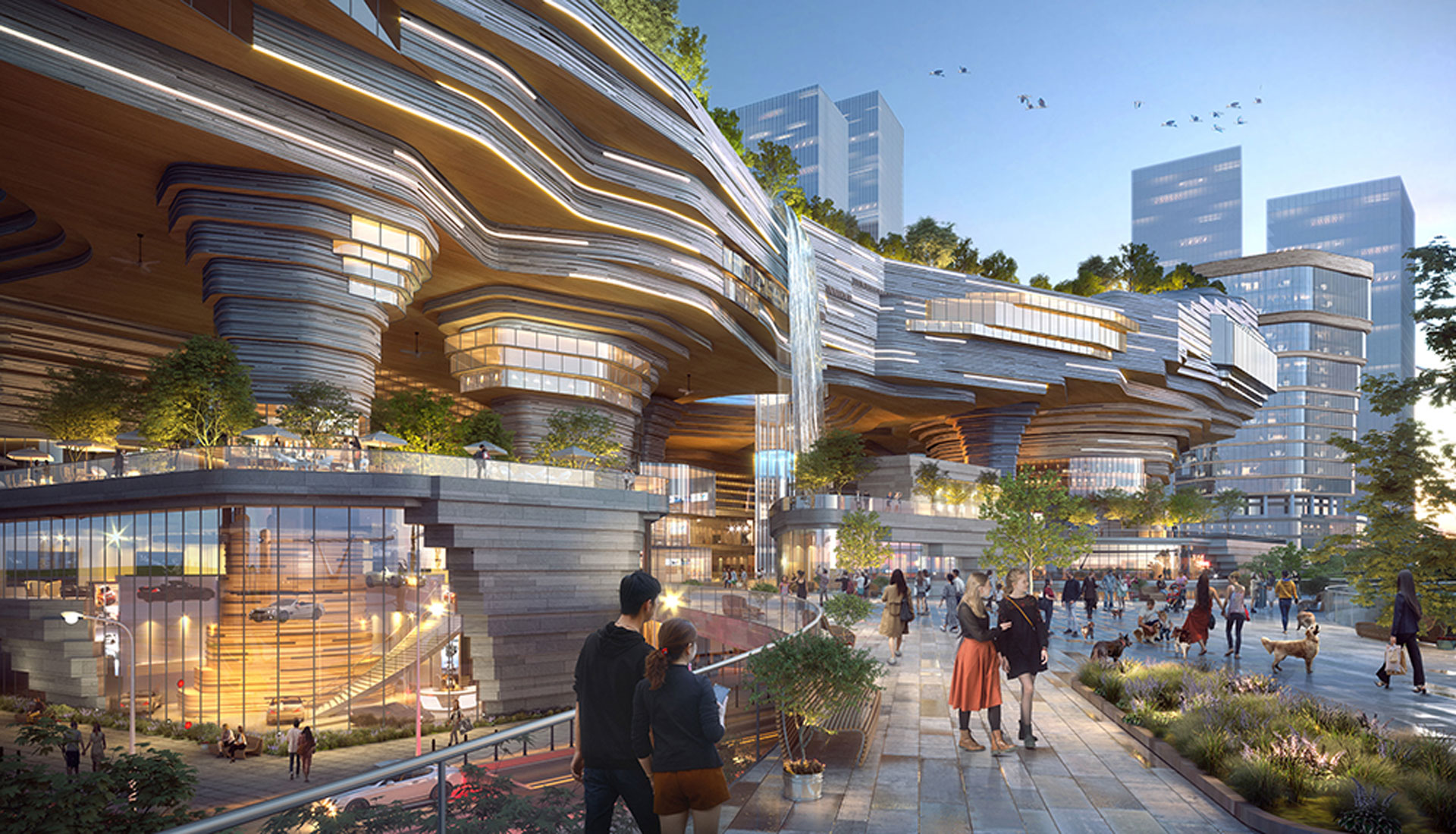 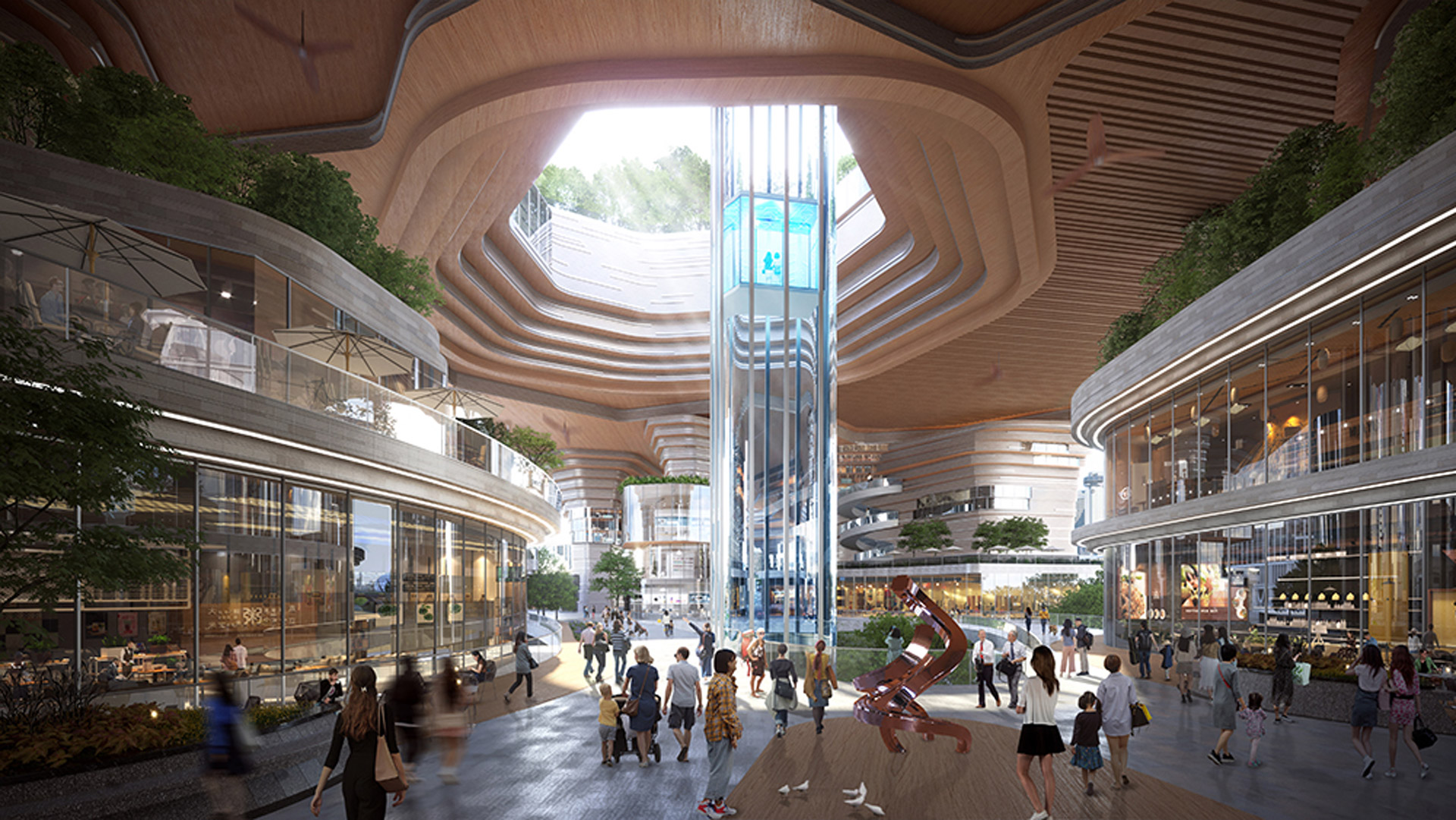 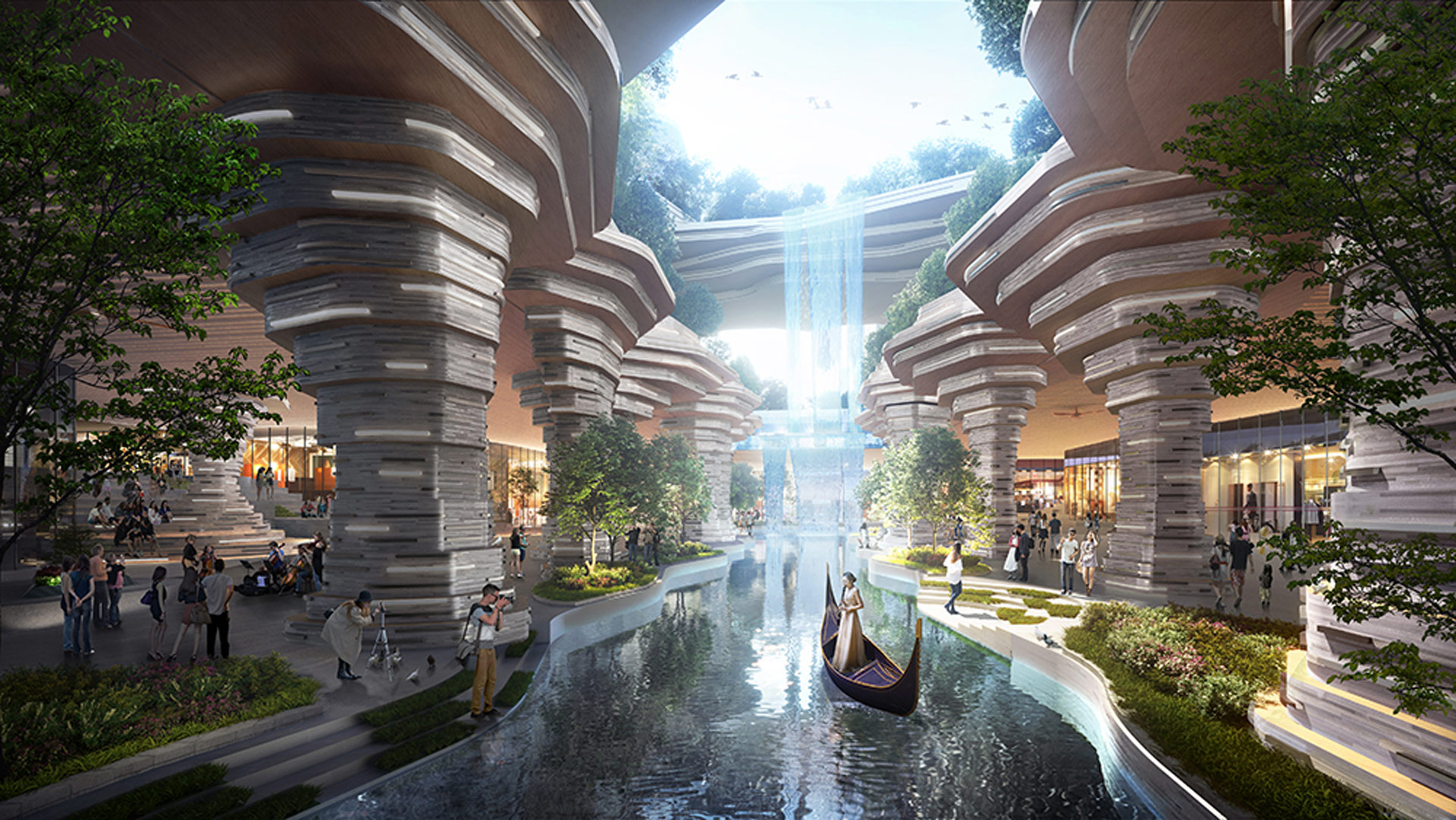 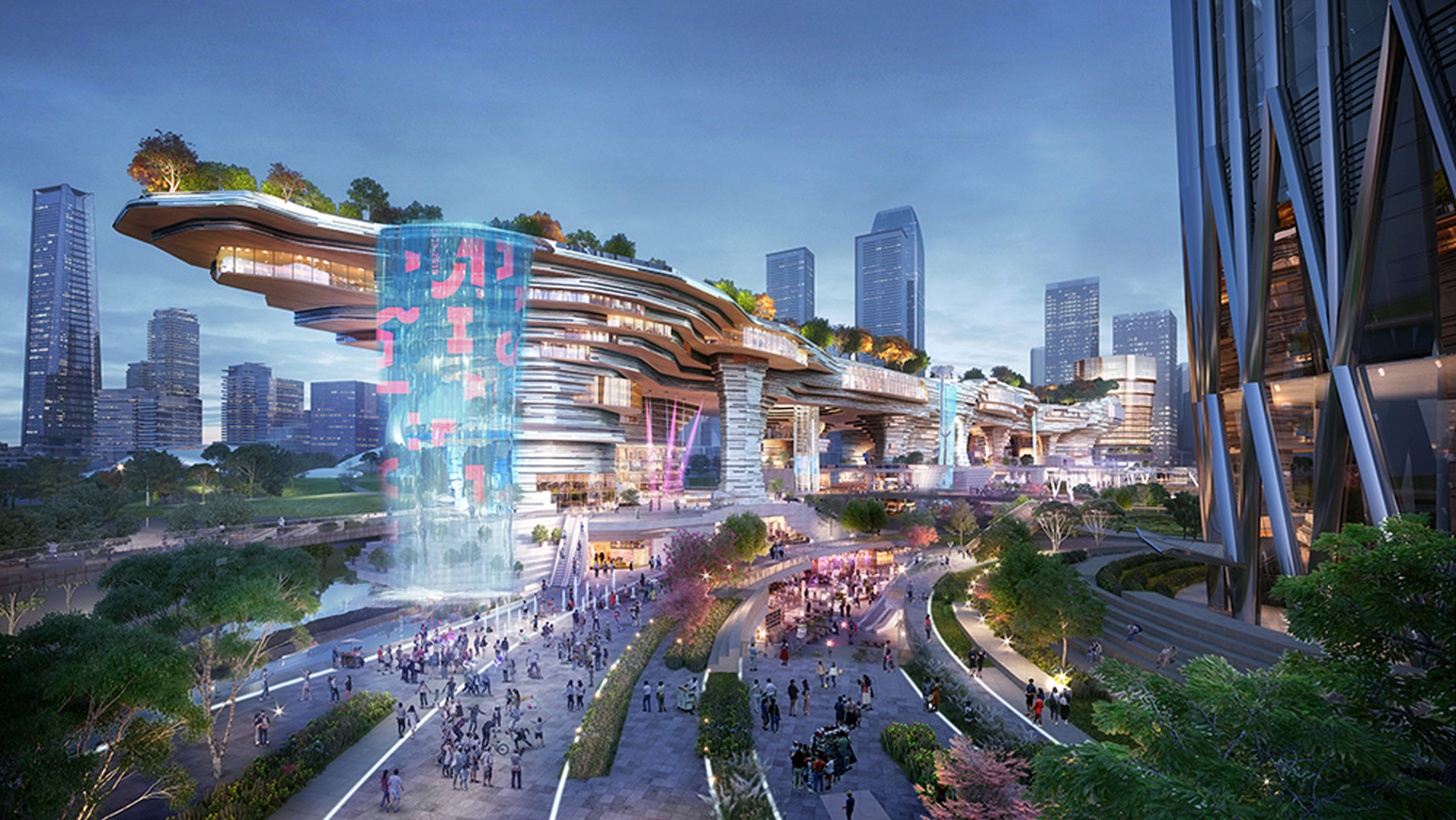 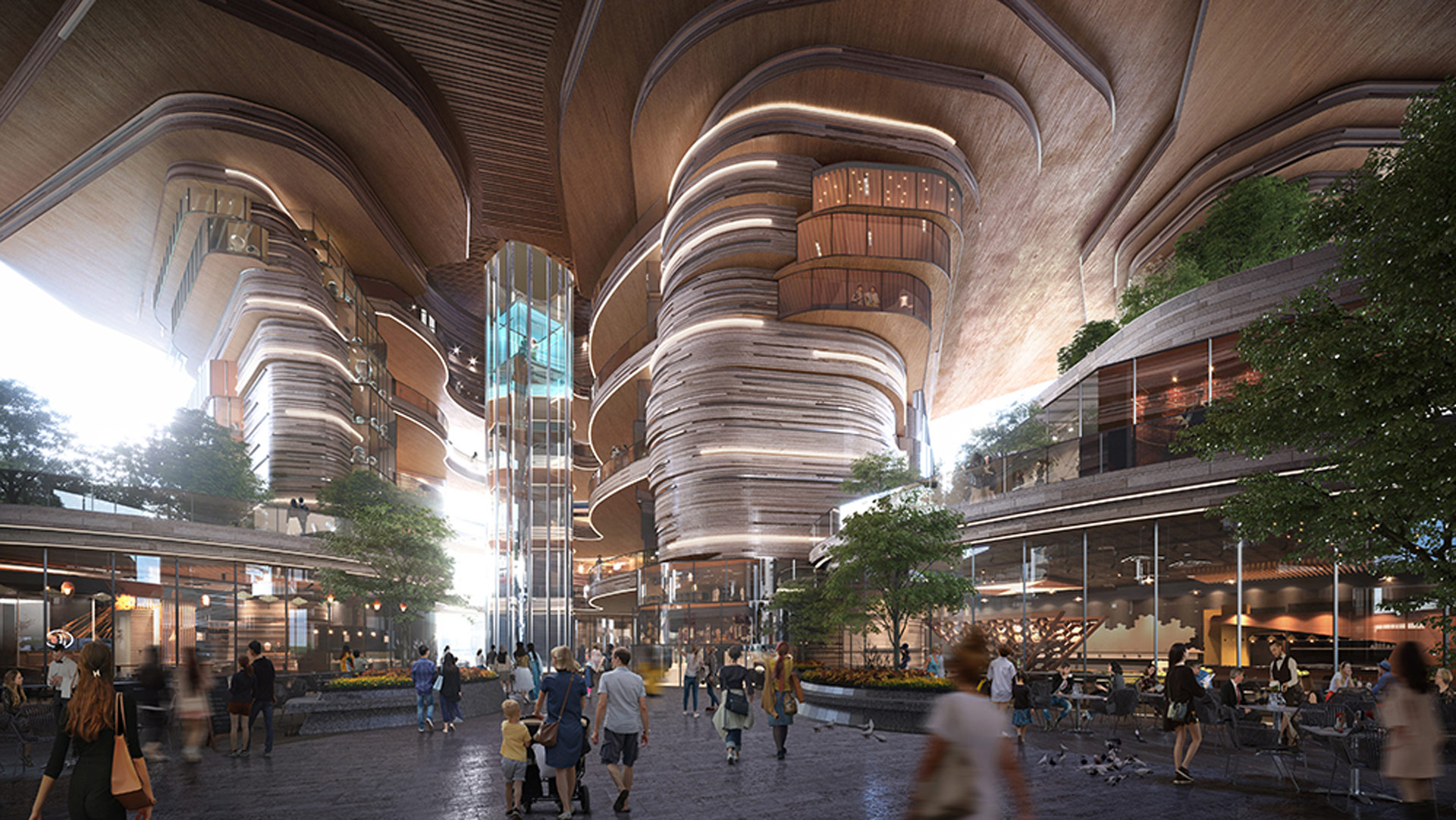 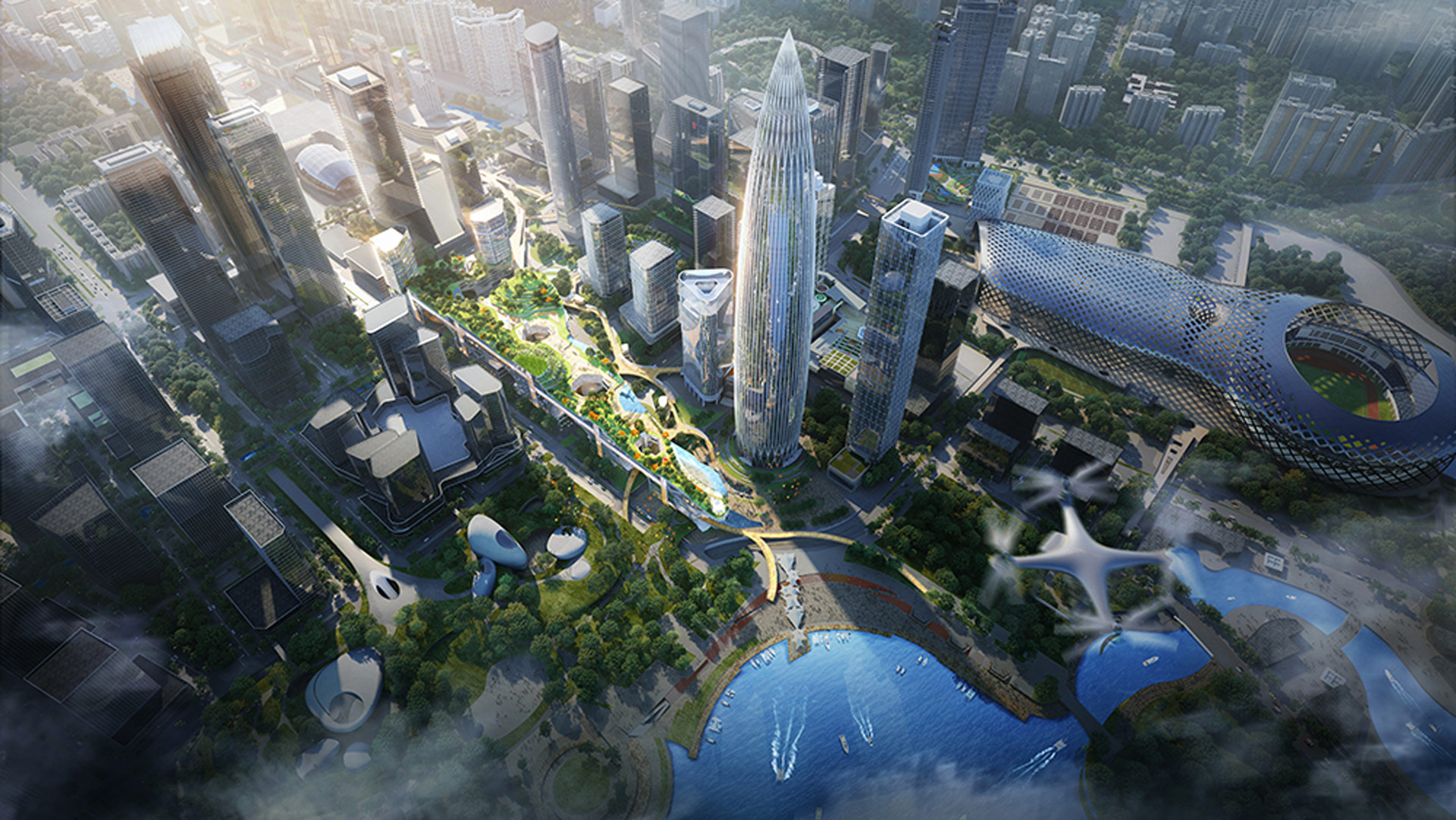 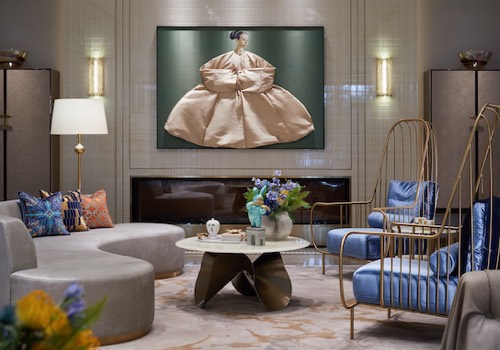 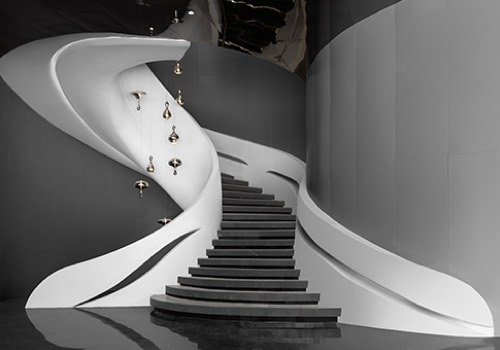 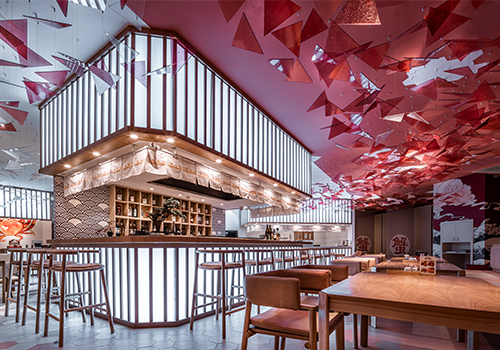 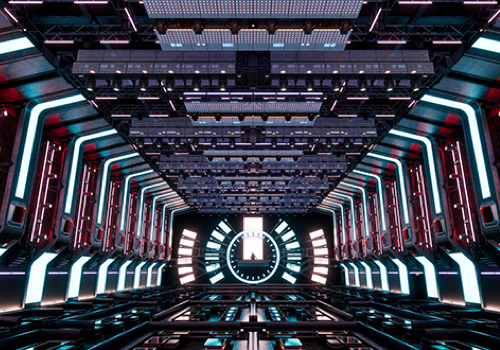