Zeng Fengfei Apparel Cultural Center is a project of old factory plant renovation, and covers an area of 1012.5m². The interior design breaks free from the inherent flat thinking and draws on traditional Chinese gardening techniques to lay out a narrative of the "hall, corridor, bridge, lane and courtyard" scenes in miniature scale, creating the "fun in the garden" in the straight flowing lines of the vast and empty plant, and building a space that fits the design concept of the ZENG FENGFEI brand. It breaks the single, stereotyped image of the exclusive store, and perfectly integrates the exclusive store, clothing exhibition hall and studio into one place. Our design ingenuity lies in the use of materials, and the technological means: there are classic red bricks and modern metal plates used as materials; advanced art installation, realistic projection and excellent sound used as technologies. The atmosphere of the whole place is expressive and constantly changing. When people are in it, they could feel simple, elegant, quiet, harmonious, natural, as well as ZENG FENGFEI’s Chinese connotation and fashion. After the completion of Zeng Fengfei Apparel Cultural Center, it would come the occasion of the 100th anniversary of the founding of the Communist Party of China and the 30th anniversary of the establishment of the Xiamen Torch Development Zone for High Technology Industries, when a number of designers such as Zeng Fengfei, and Chen Yu, will jointly launch an exquisite fashion show of 100 sets of clothes, bringing a visual feast of "Chinese fashion" to the audience in Zeng Fengfei Apparel Cultural Center: The interior of the space is uniformly covered by red bricks and red paint, and the models dressed in Chinese-style costumes weave in and out, as if they are coming from the ancient times and awakening the memory of the atmosphere of traditional Chinese culture in the exhibition hall with warm, gentle and preserved postures. This is the unique sense of history that the red bricks have given to Zeng Fengfei Apparel Cultural Center: looking back to the history from the present and orienting toward the future. 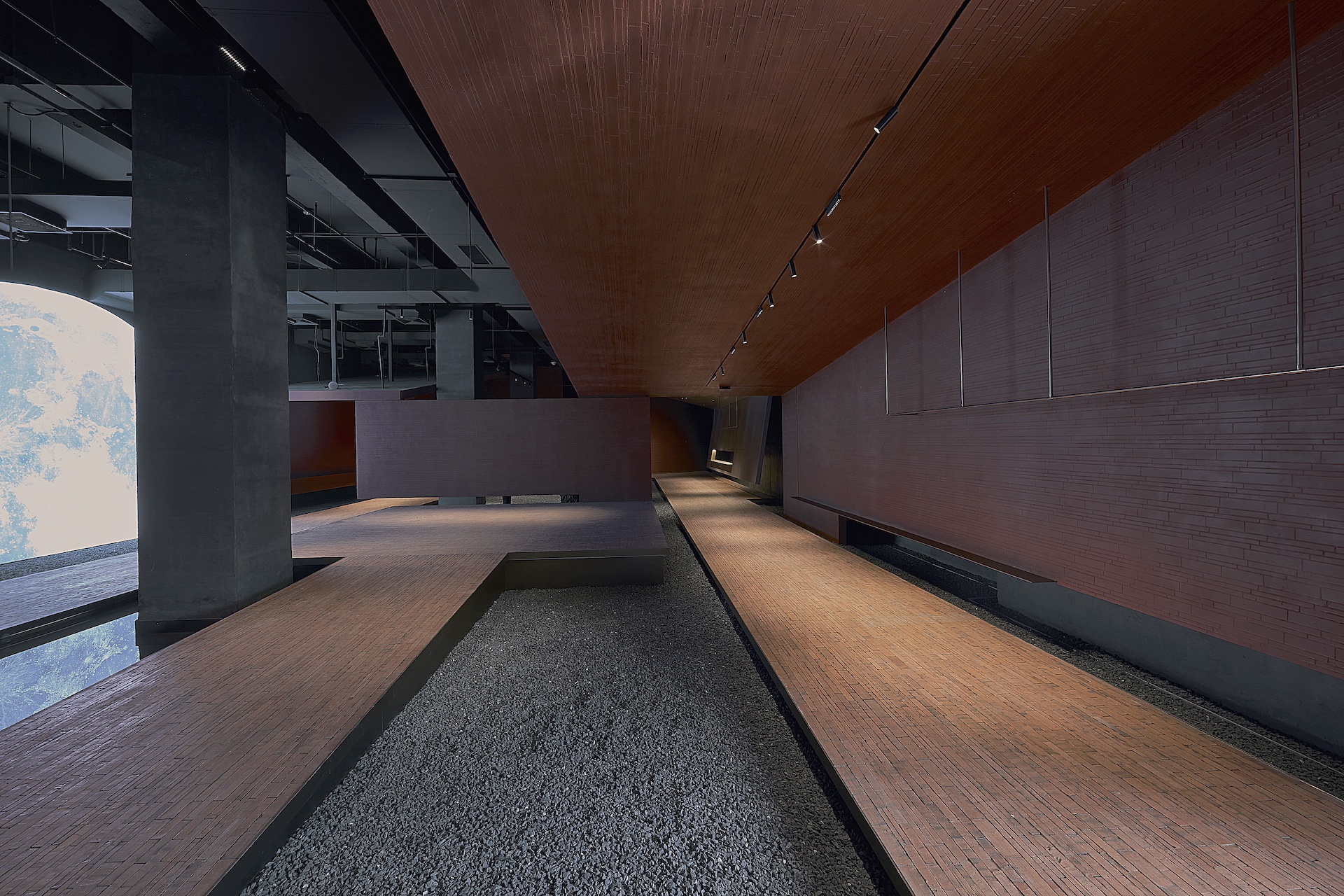 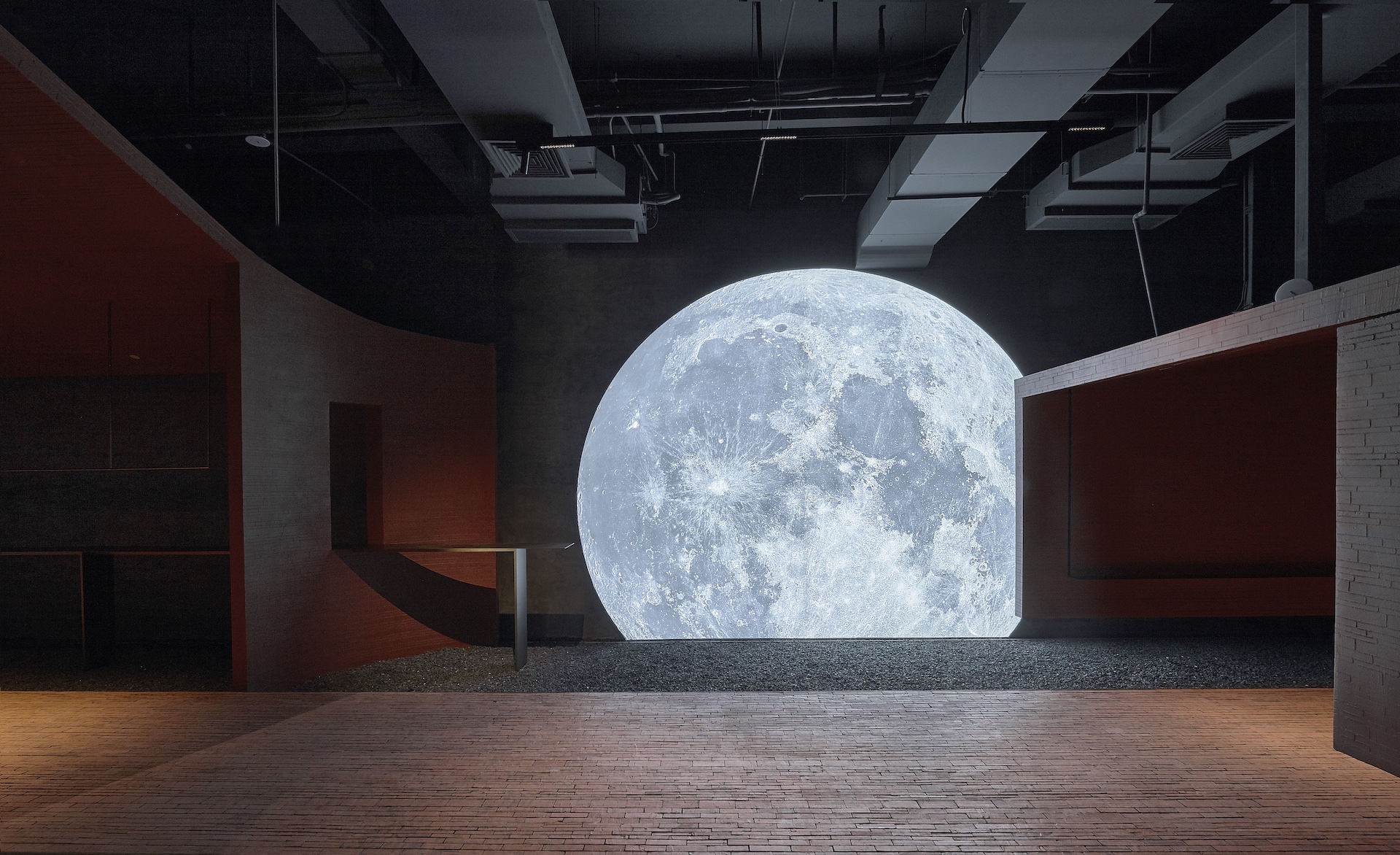 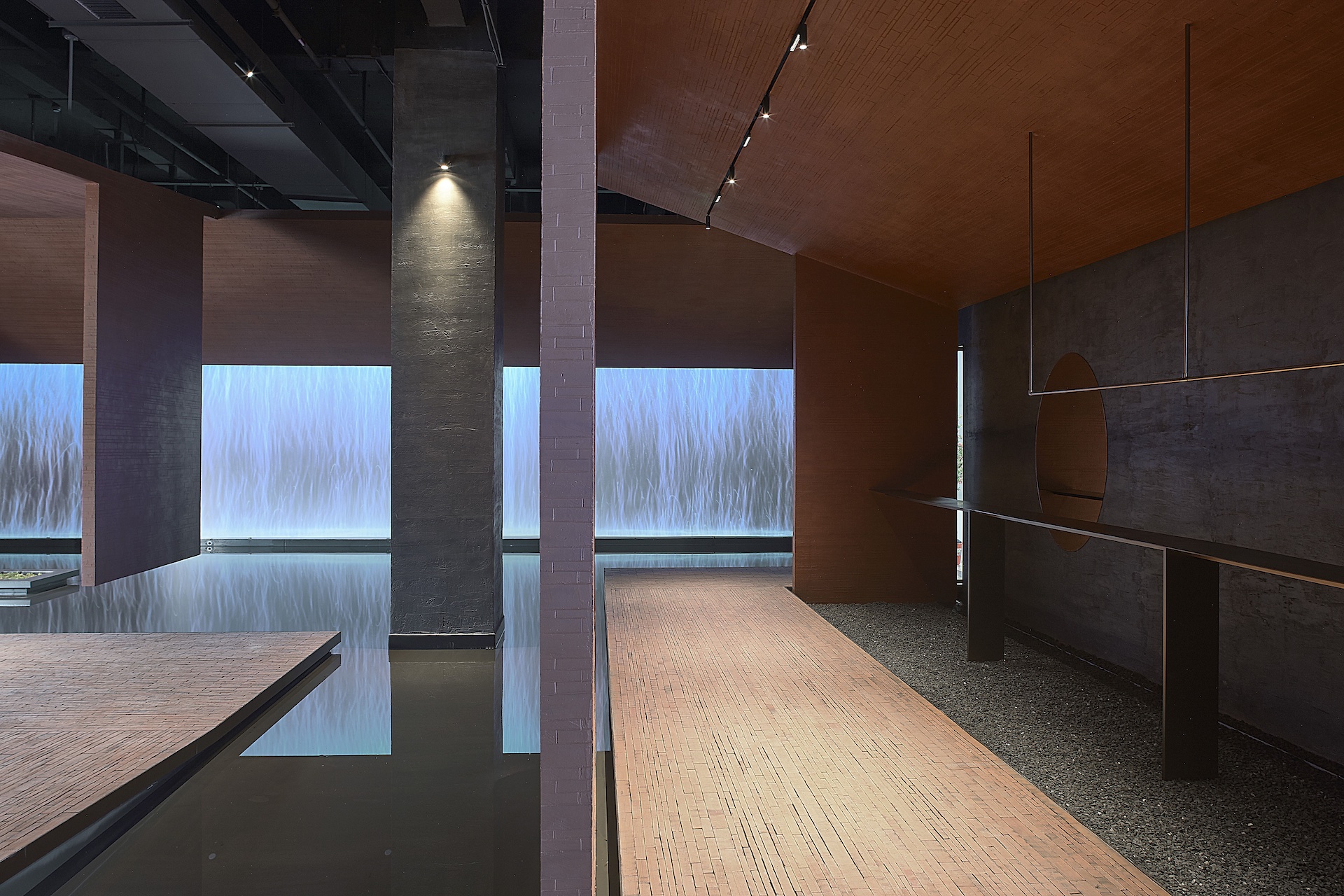 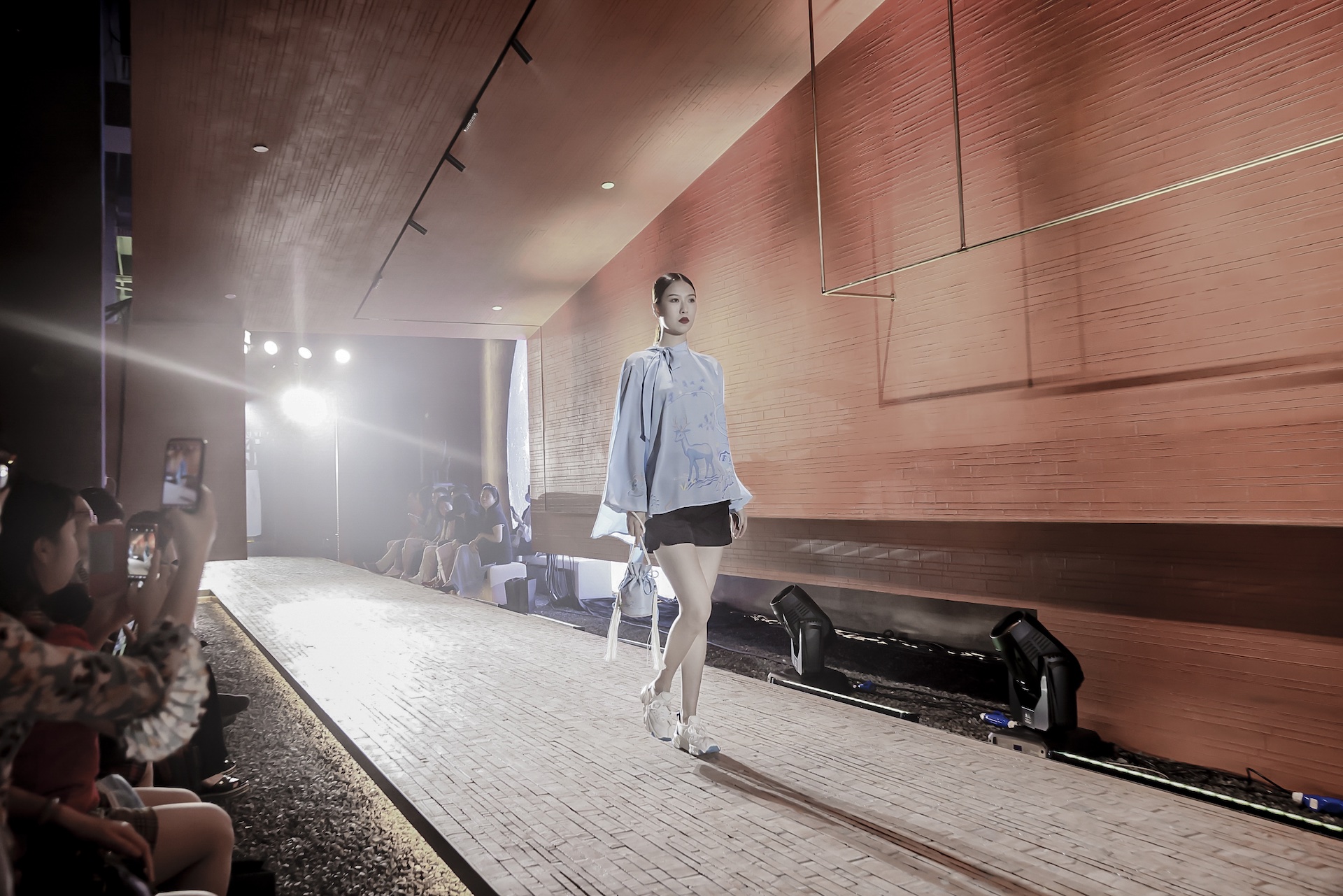 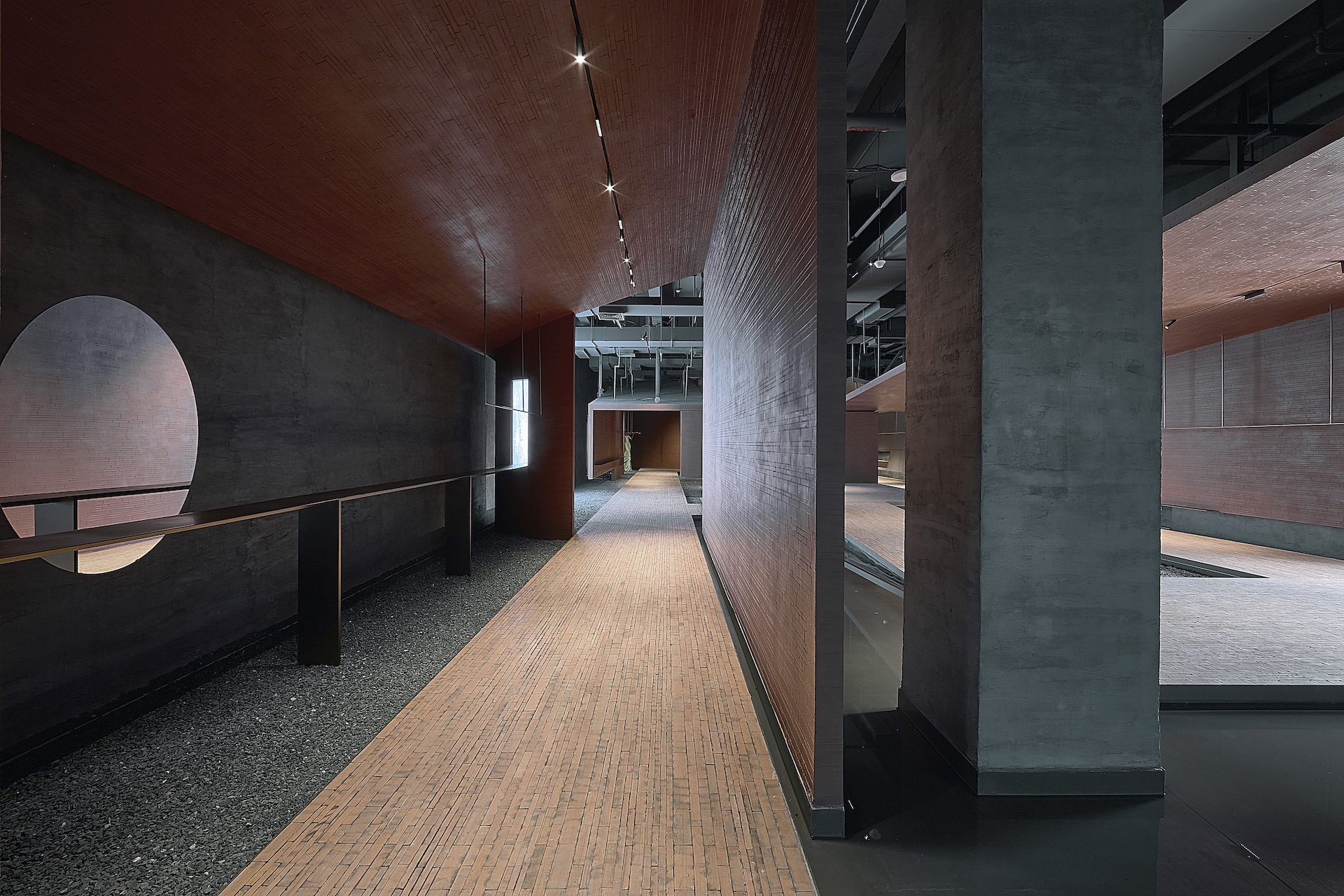 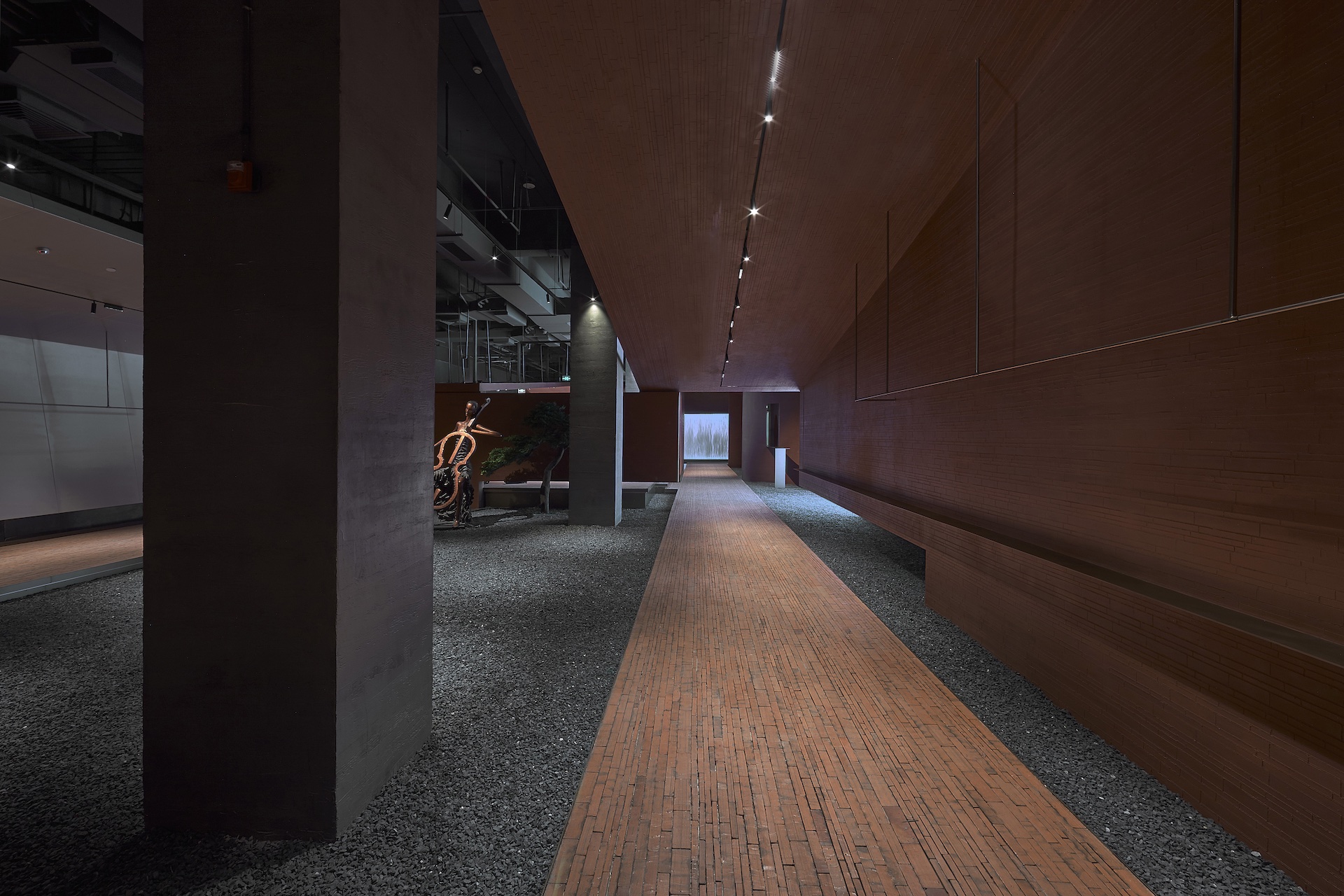 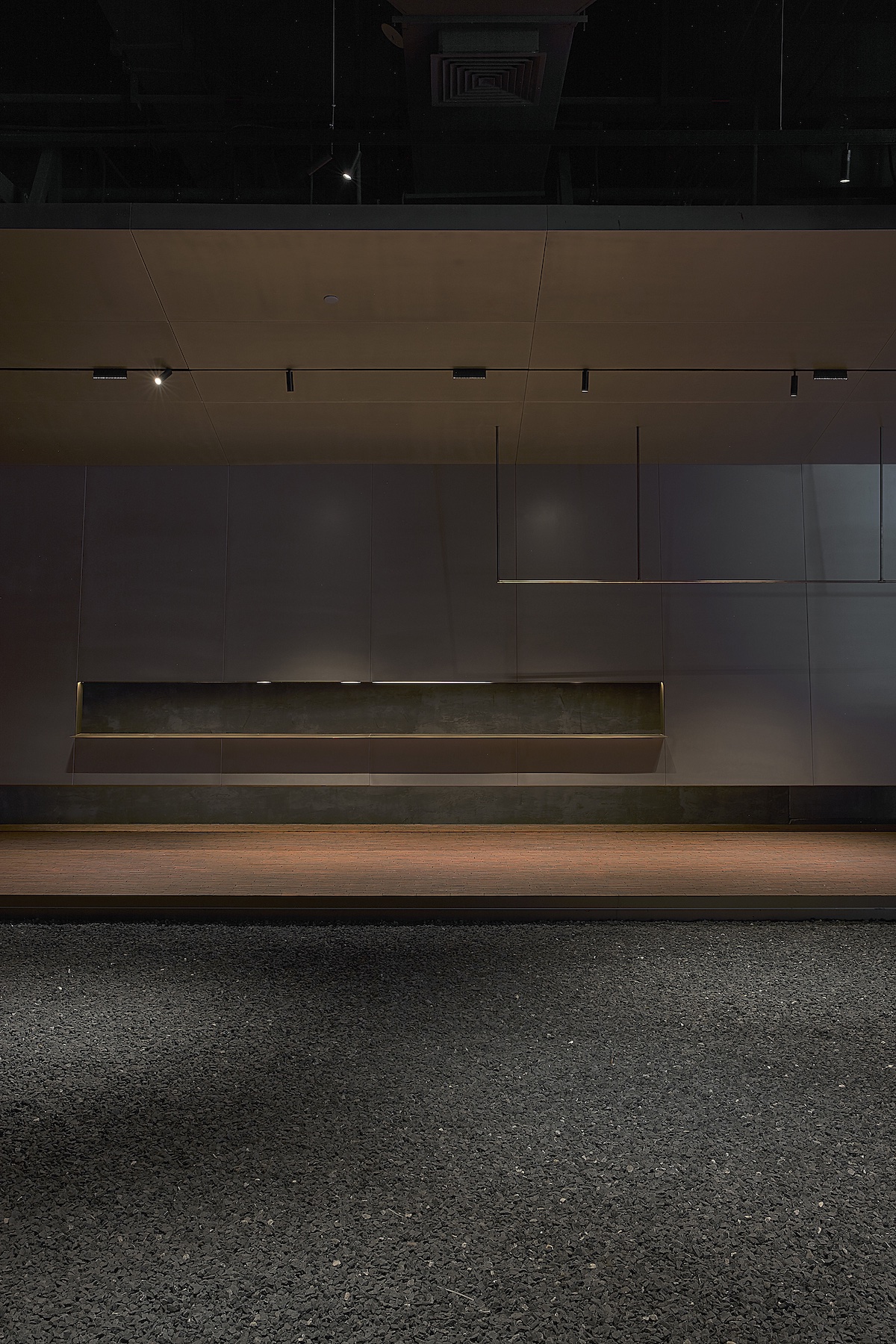 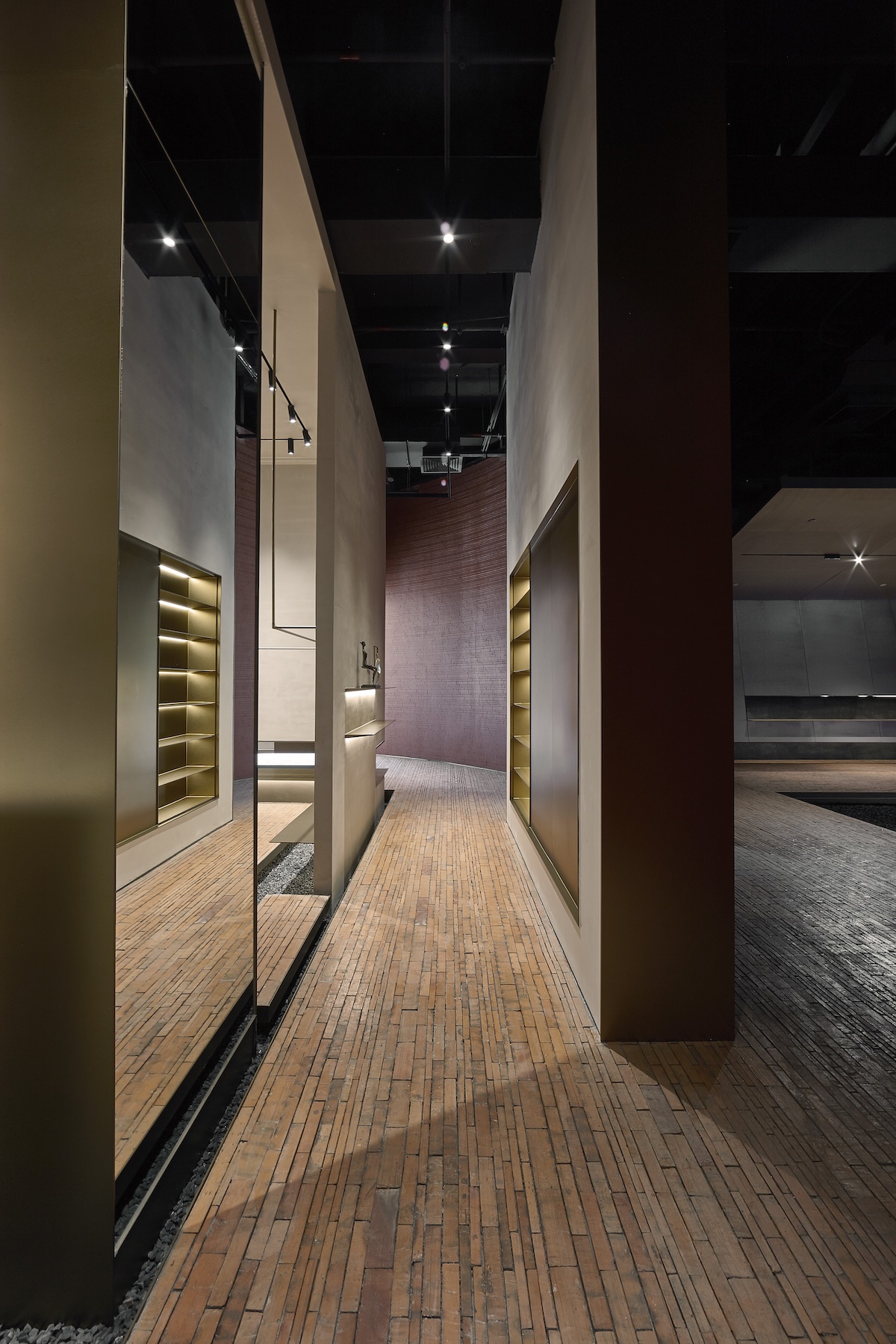 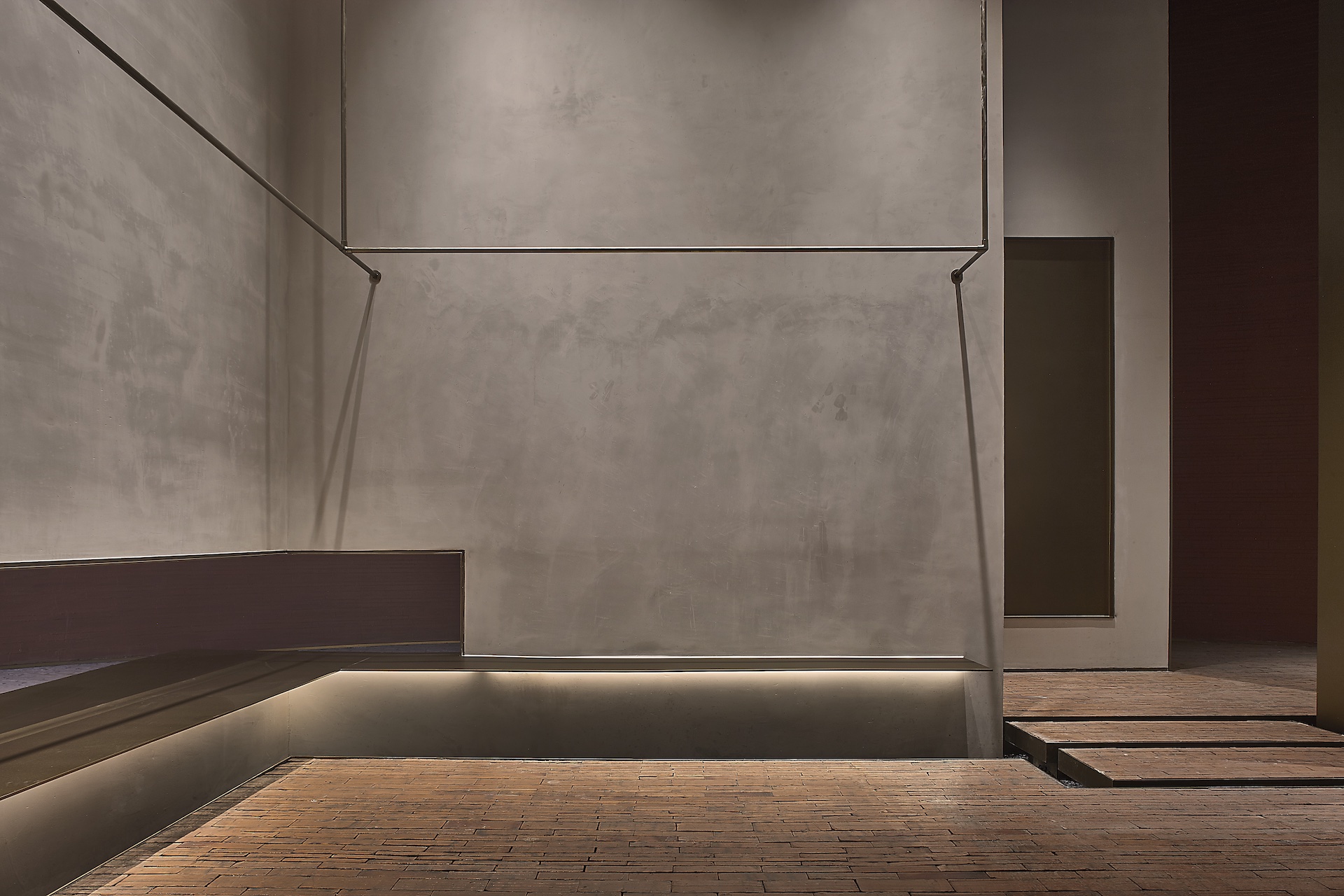 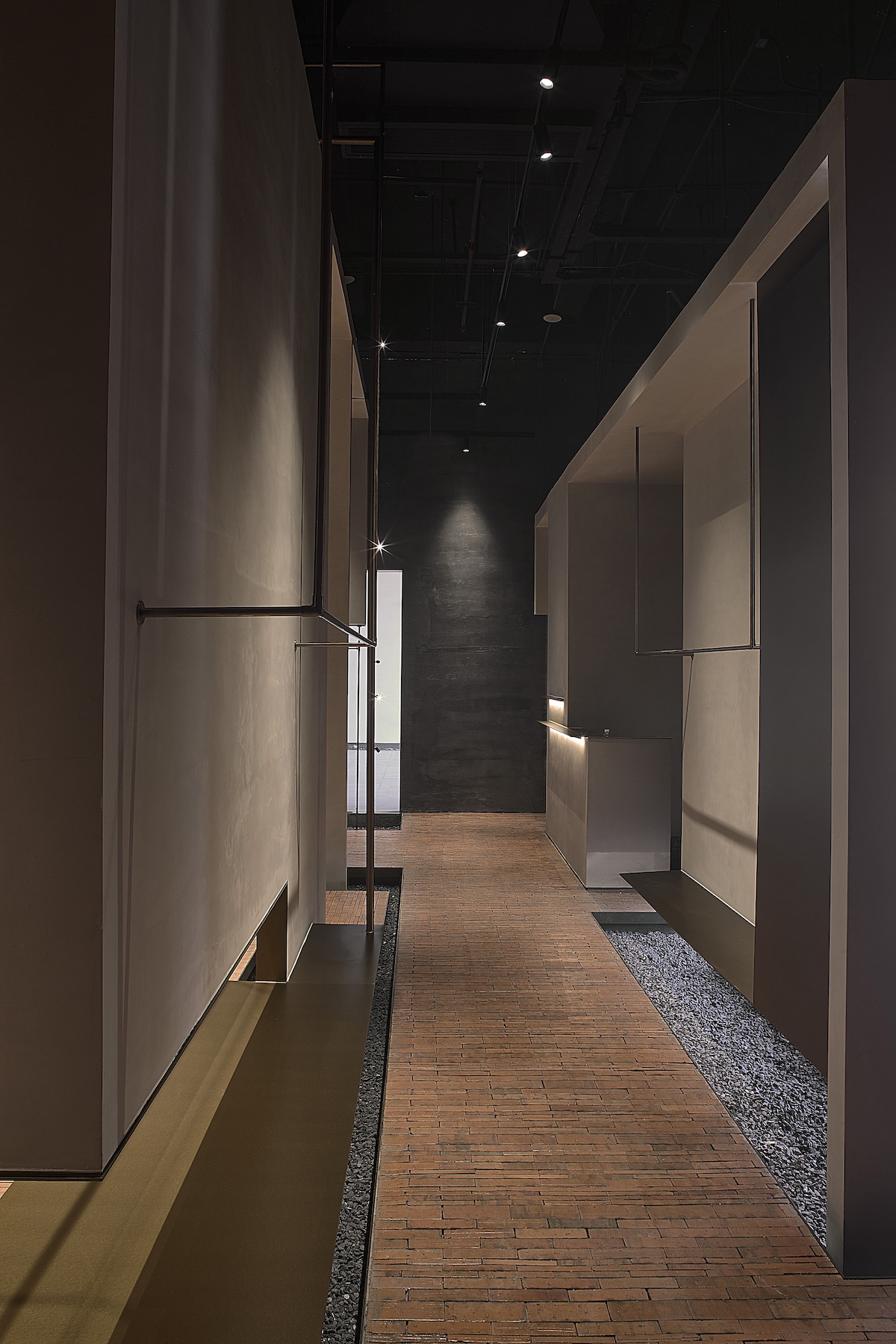 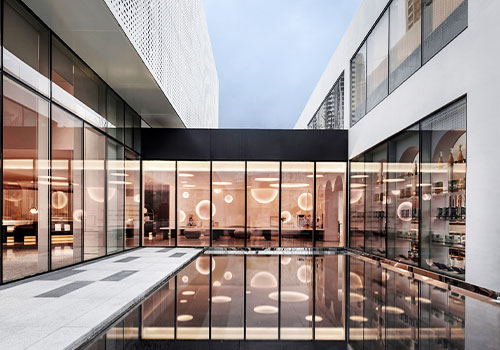 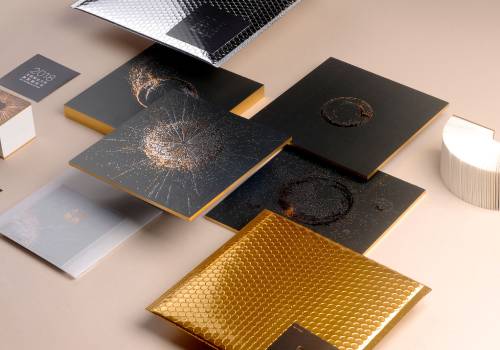 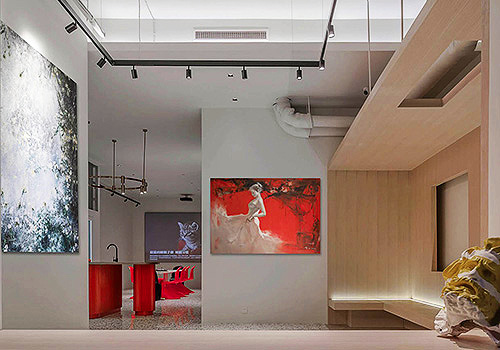 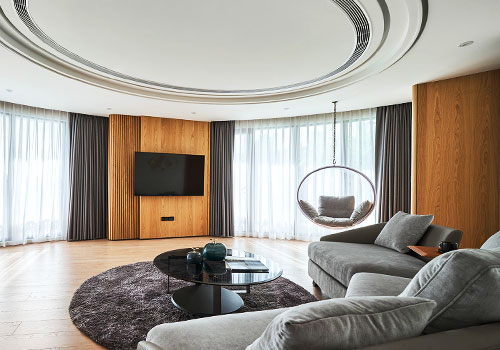