Located along the High Line in West Chelsea, Lantern House is Related Companies’ newest condominium project and the first North American residential project designed by Thomas Heatherwick and Heatherwick Studio, with interiors by March and White Design (MAWD). Including two towers joined by a dramatic glass lobby pavilion and featuring its signature modern bay windows, Lantern House’s dramatic façade destined it to become part of NYC’s architectural heritage. March and White Design was challenged with delivering a cohesive relationship between the architecture, setting, and lifestyles of the residents through the interiors. As Heatherwick himself said, “The design for Lantern House came from looking at the city’s existing buildings and thinking about which one you might want to live in, not just look at.” Beginning with audience research, the team then created mood boards with images and materials based on the project’s context. They studied the building’s architecture and setting on the High Line, knowing it would be critical to ensuring a relationship between the interior and exterior. “We started with something incredible,” said Elliot March, MAWD co-founder. “We were stunned by Thomas Heatherwick’s approach to the architecture, which was subtle and beautiful. The High Line cast a gentle, organic fluidity to the familiar industrial glazing.” Keeping with the building's ethos of prioritizing quality craftsmanship, every detail of the interiors was considered and precisely placed. Textures feature a warm, neutral color palette, from mixed blend bricks matched with the exterior façade, to grey polished Eramosa stone flooring in a chevron pattern. This balance between elegance and utility resulted in fresh, radiant spaces that channel a voluptuous tranquility through texture, surface, and depth. The residences themselves are defined by the dramatic modern bay windows that maximize the natural light. The radiant, loft-like spaces pair heritage brick and bronze materials with stone, marble, and the warm patina of oak. In the kitchens, fluting detail unites the wood and glass cabinetry, providing dimension, and clean lines are reflected throughout the space. The result is a layered richness that feels harmonious and cohesive. 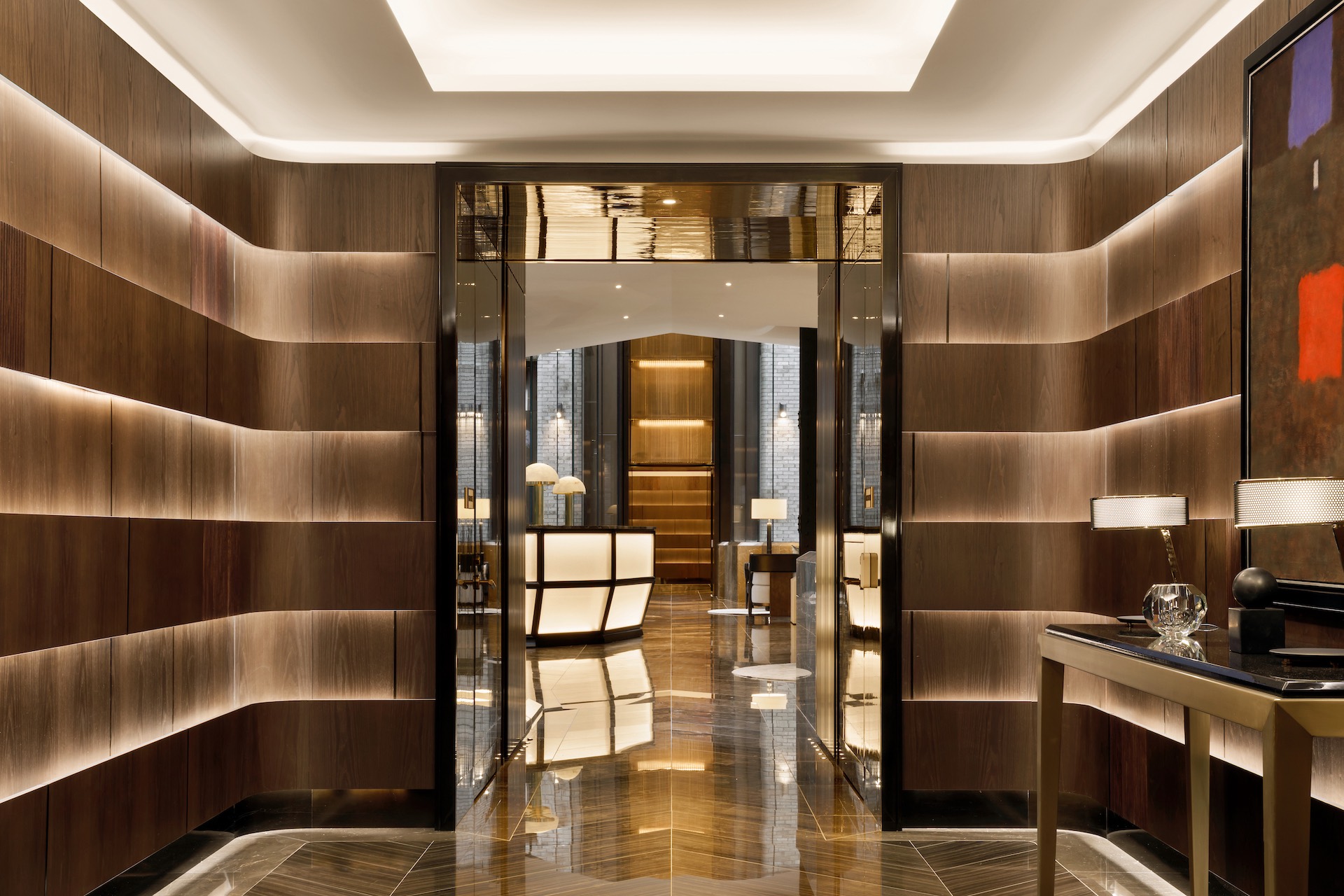 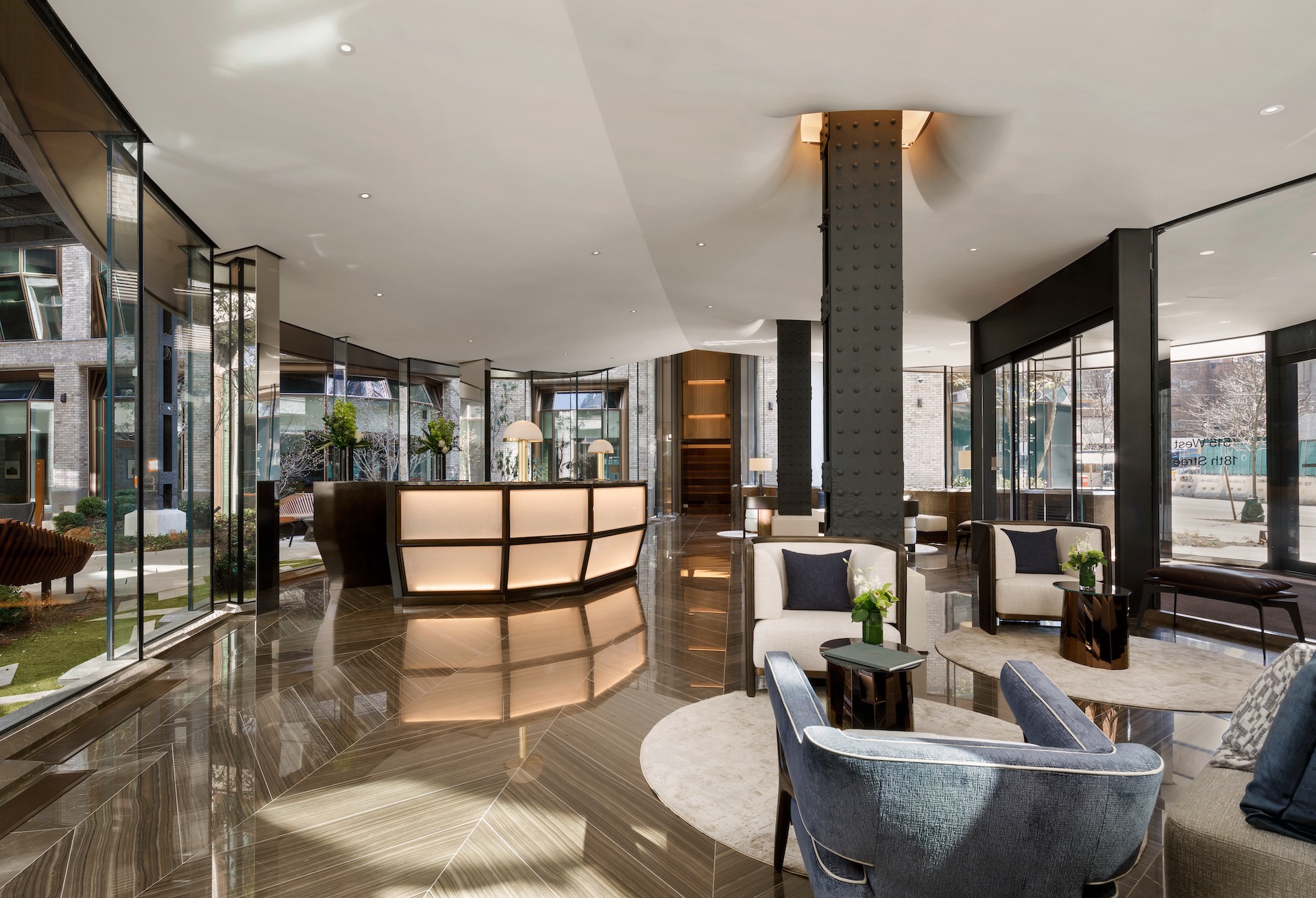 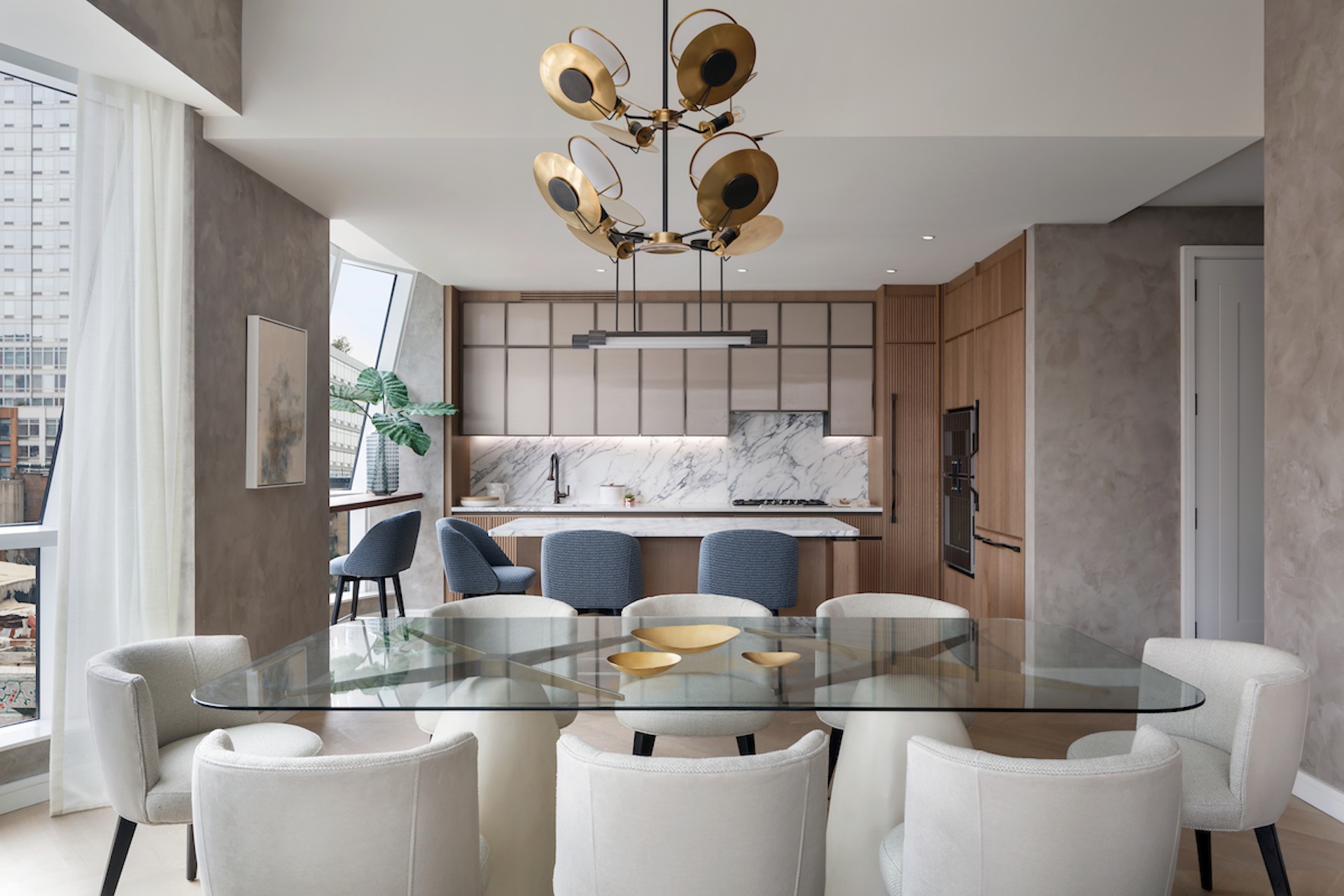 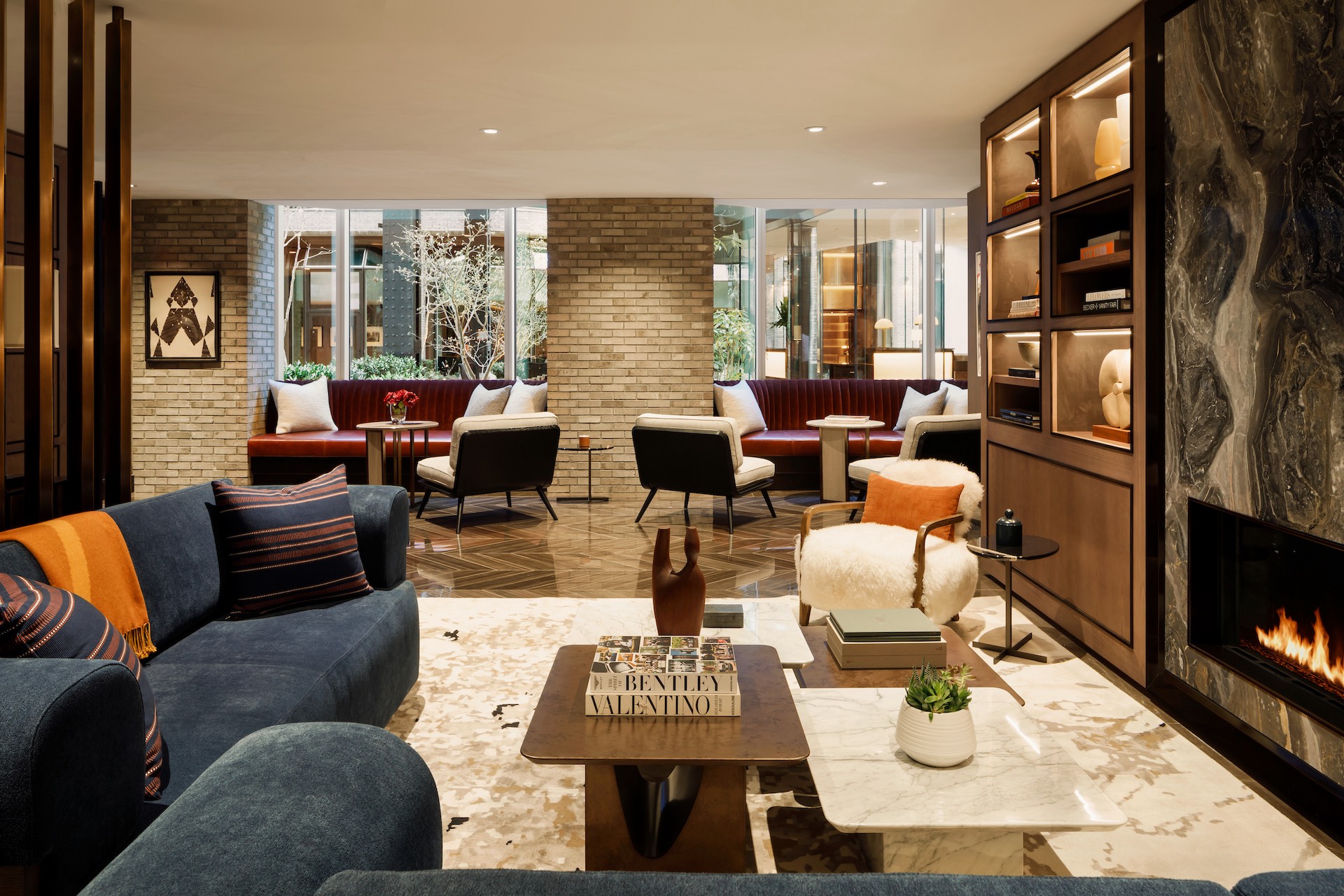 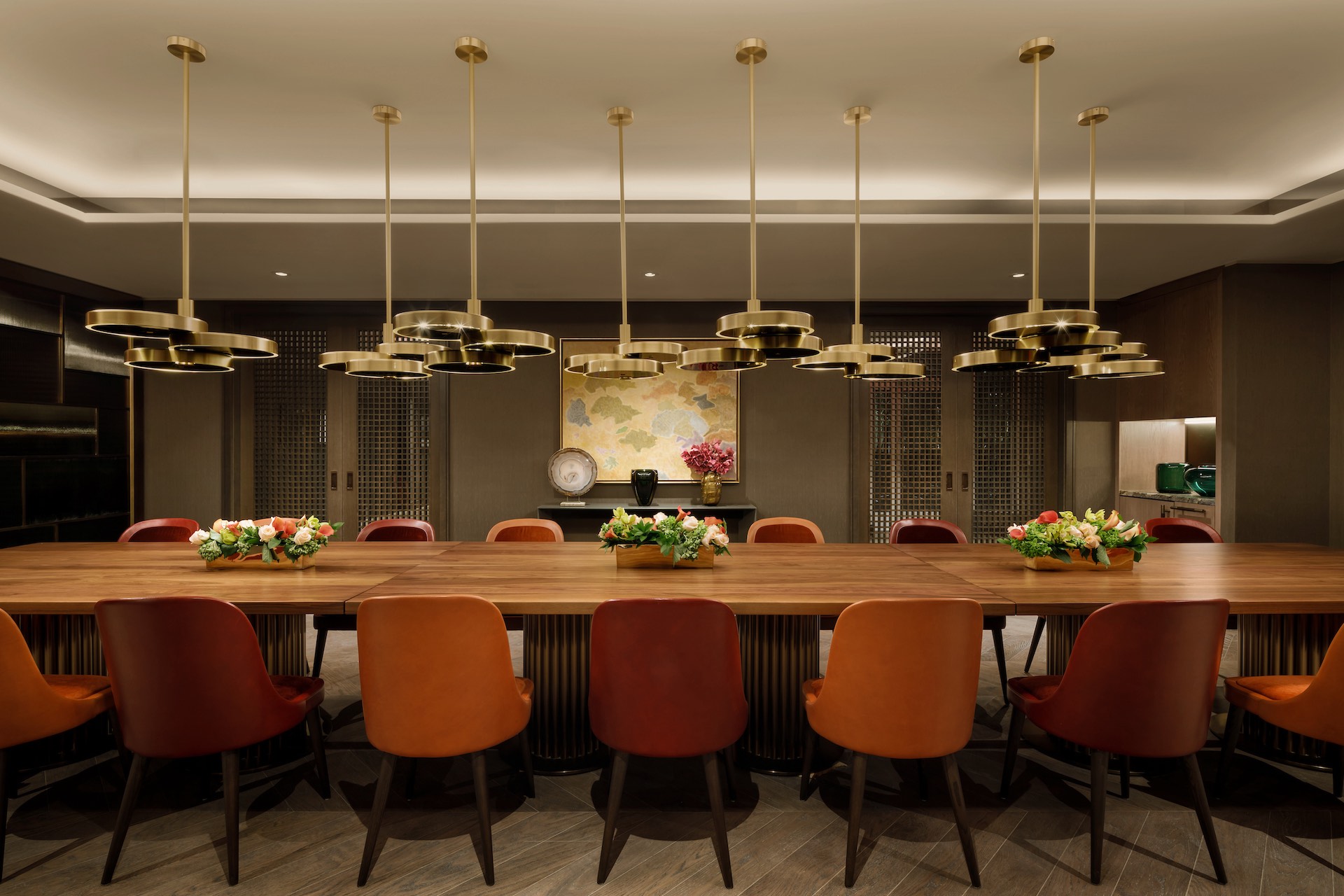 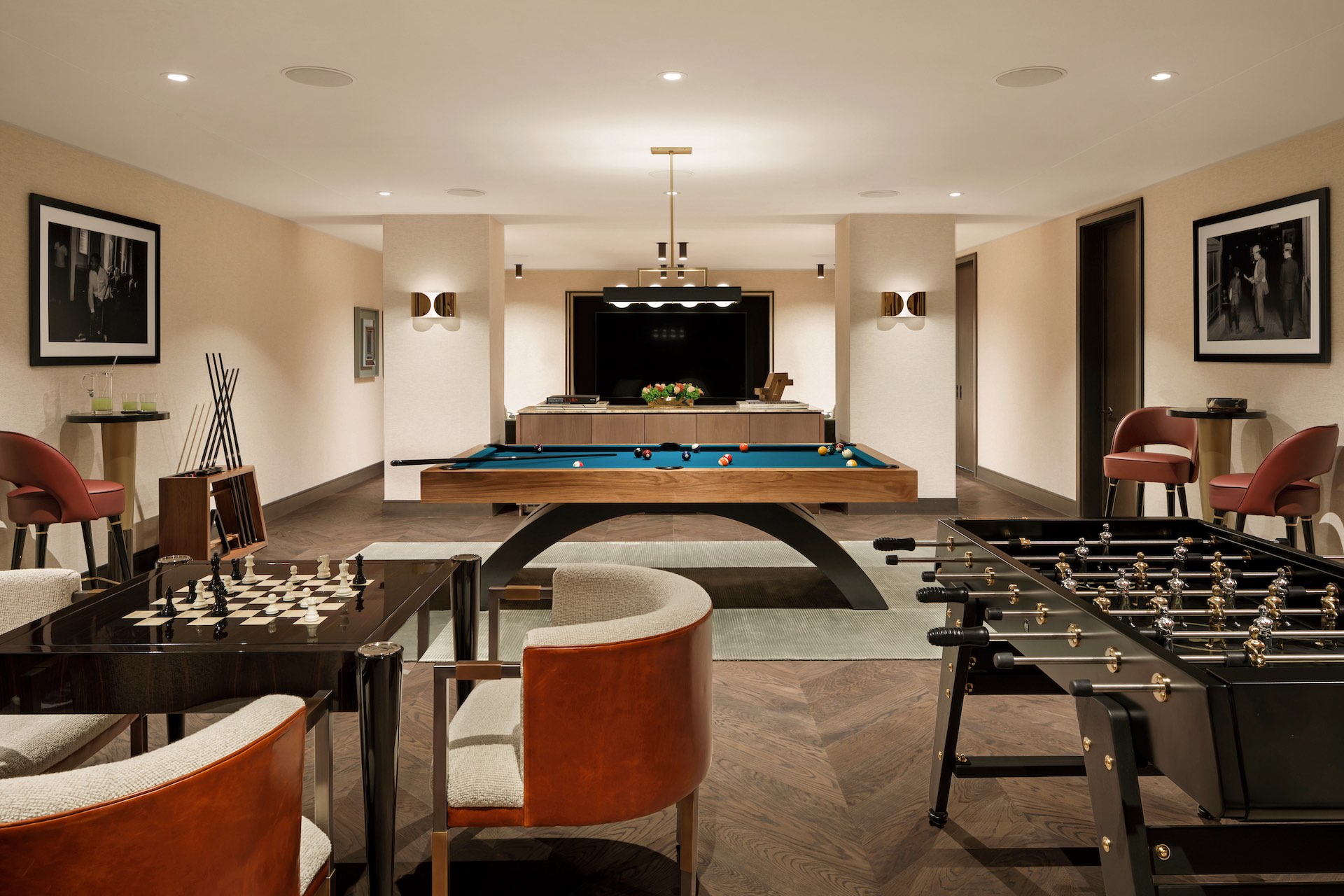 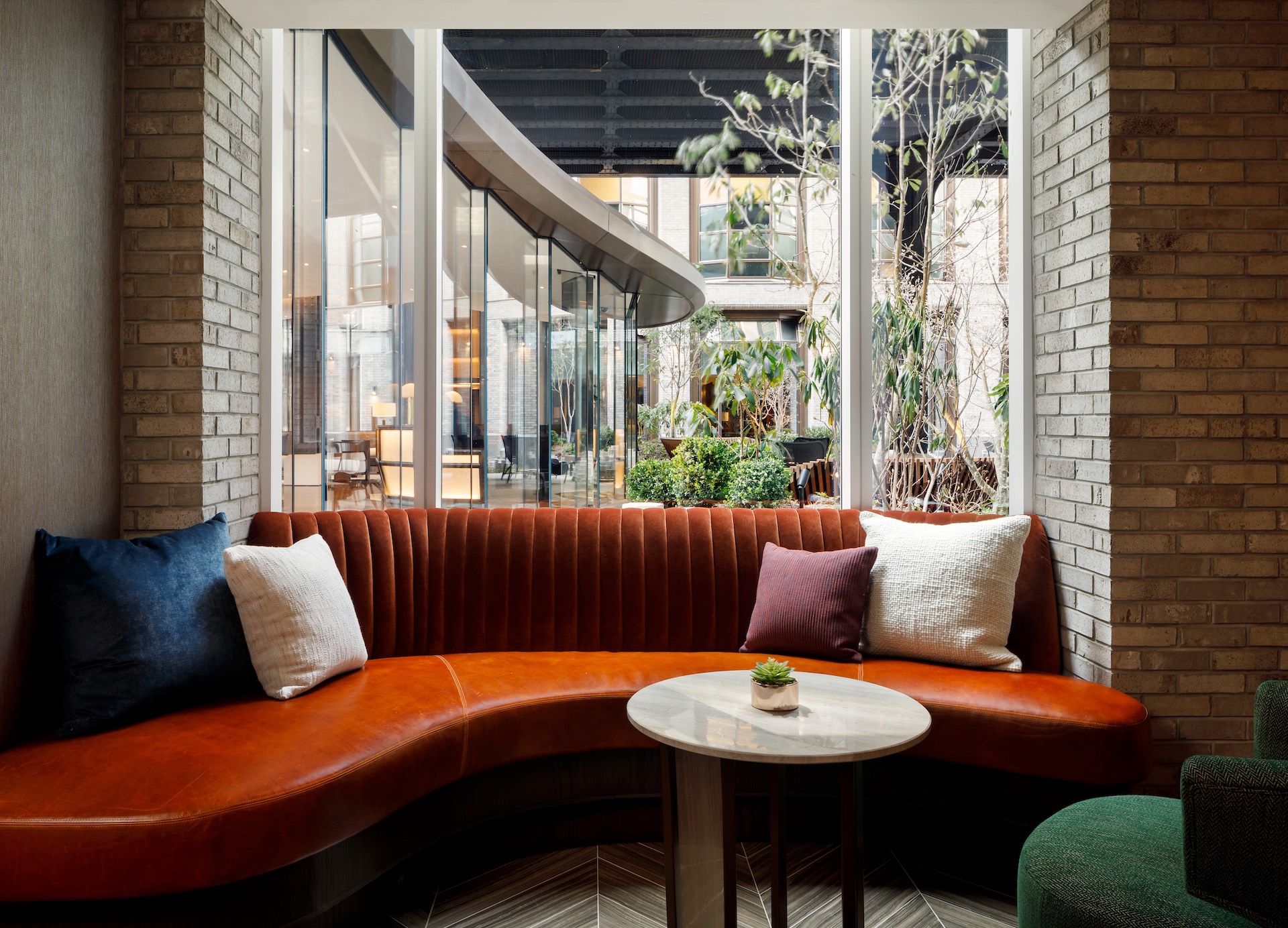 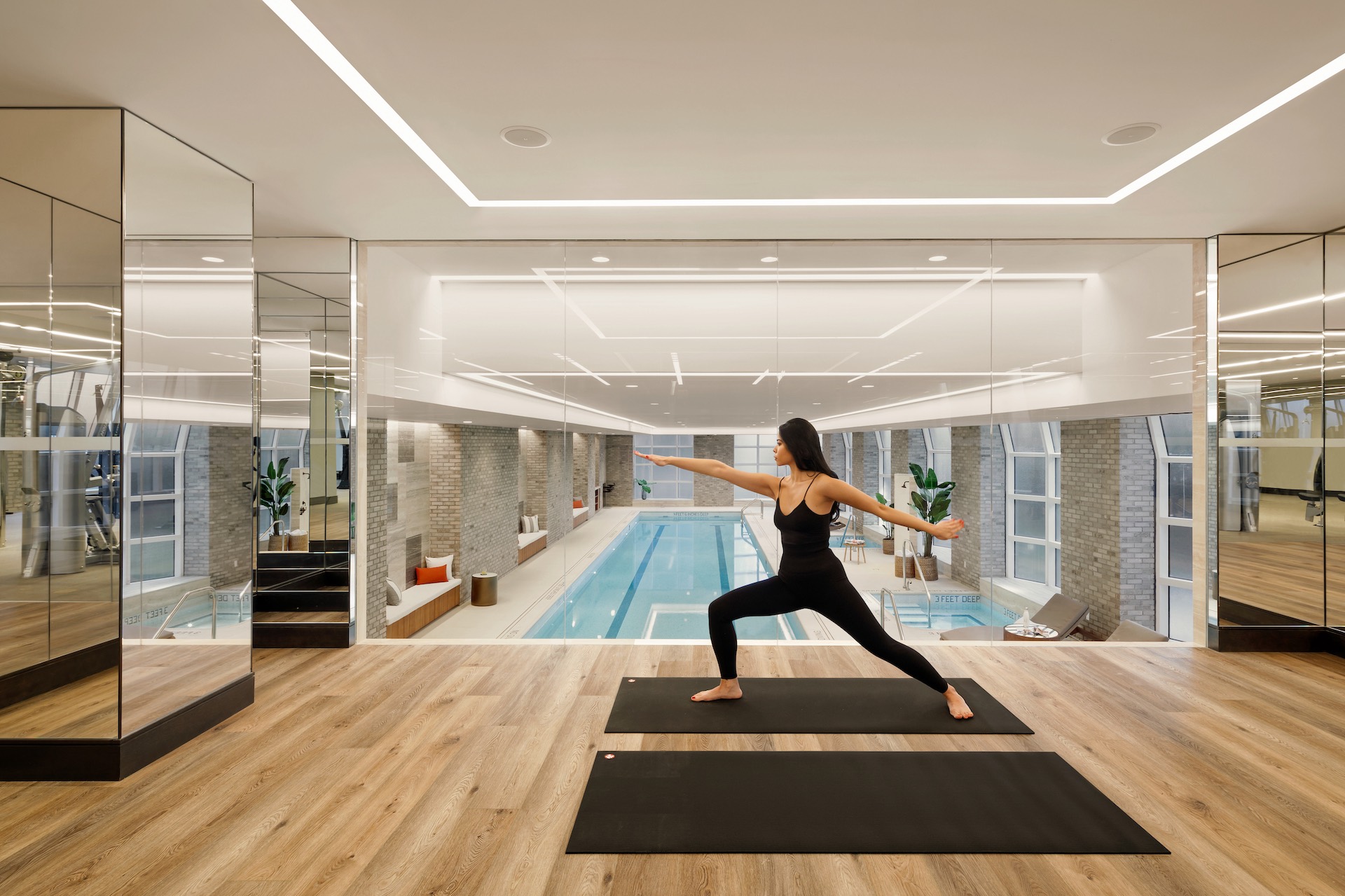 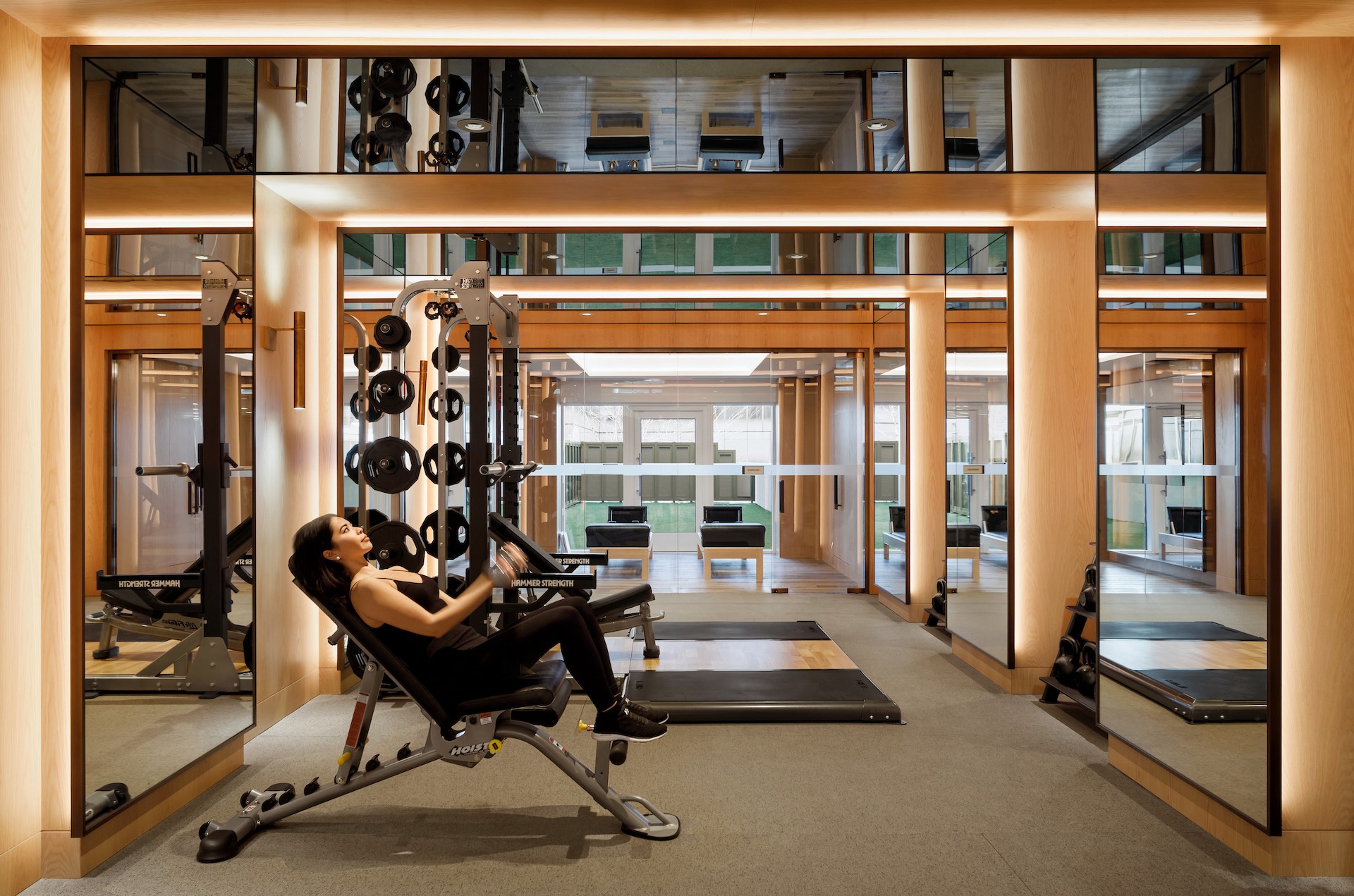 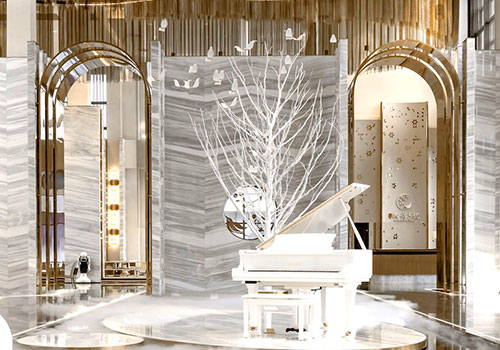 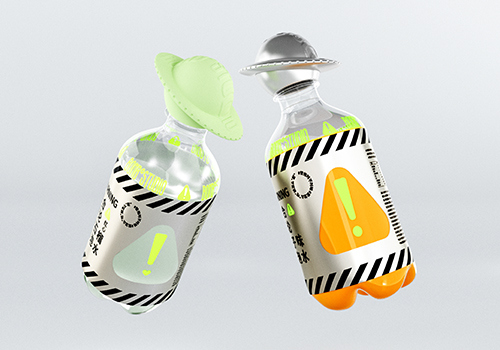 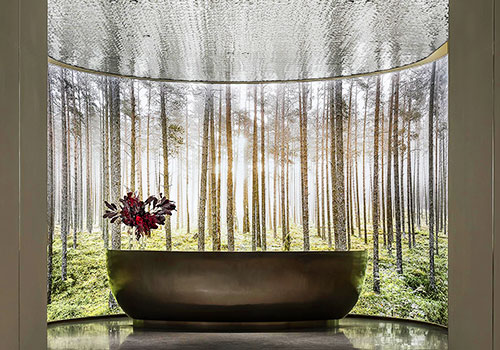 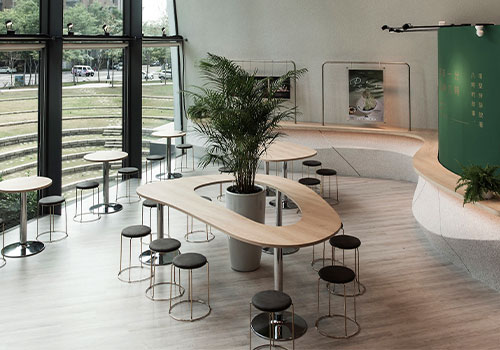