The design of 90s bar was inspired by the music video of Michael Jackson's classic song Thriller, combining the concept of the movie Back to the Future with a dazzling interplay of time and space to create a bar that projected the atmosphere of the 90s. By deconstructing the music and movie elements of the 90's and combining them with the popular bar style of the time, the process of researching and experimenting with various materials and the flowing light bars to reflect the colors in the space, the retro style was presented in a modern way, creating a sense of time and space. Between the first and second floors, the color-changing, rhythmic RGB light strips (green, white, red, pink, yellow, blue and purple) created a sense of a time warp. The transparent and silvery spherical light fixtures reflected, making the space rotating as the neon lights hanging high in the sky. The laminated fabric with reflective function was to form the ceiling. By using the glare effect of the fabric, the floor space was reflected to the ceiling, so that the virtual and the real were intertwined and interacted in this space. The laminated glass above the bar was also laminated with a dazzling glass film to reflect the flowing light in the space, adding a sense of psychedelia to the space. In this design, a large number of light lines, reflective materials and light globes were for creating a neon-colored atmosphere. The use of color-changing light lines created a time warp feeling, transporting guests to the 90's. 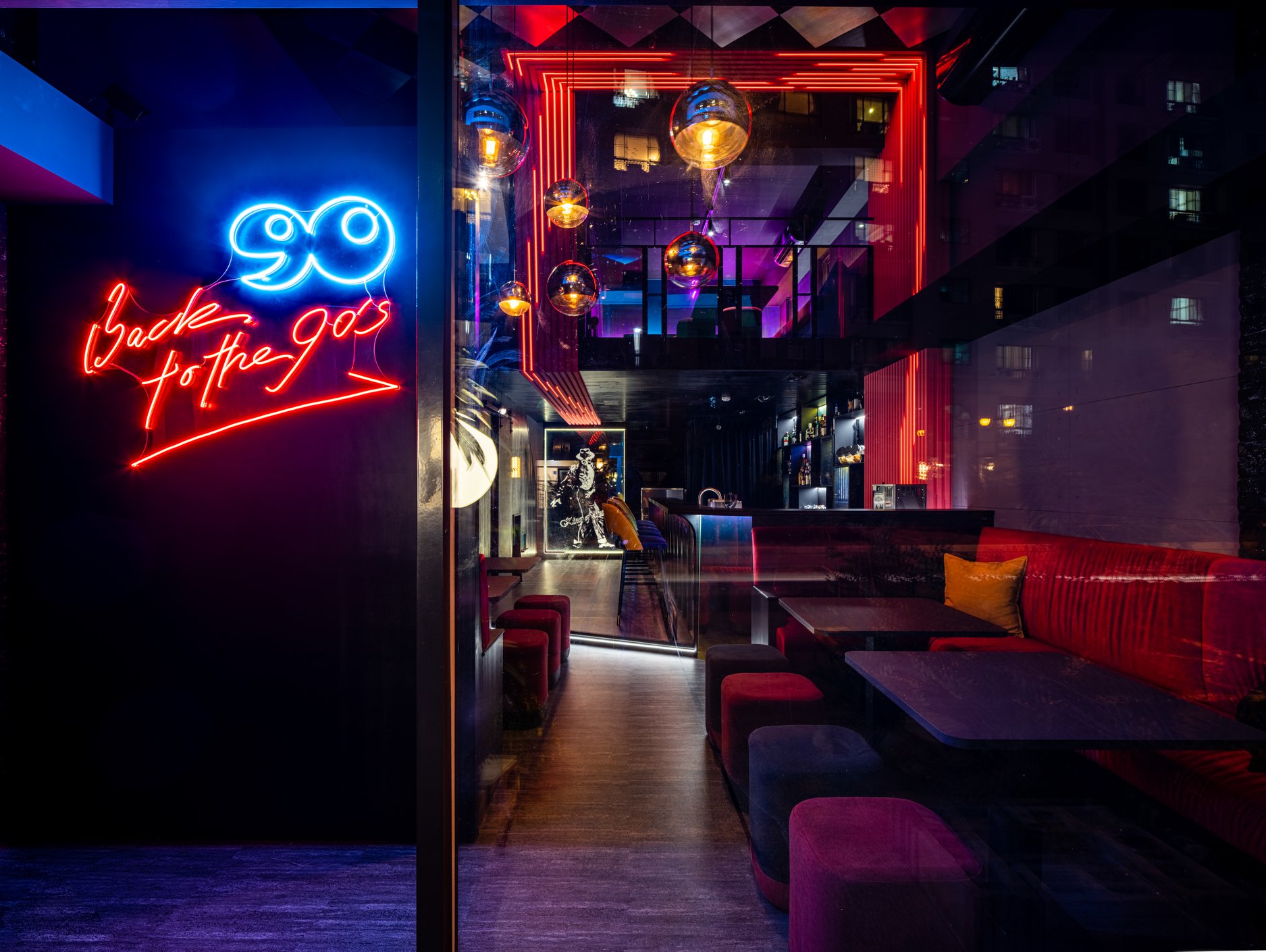 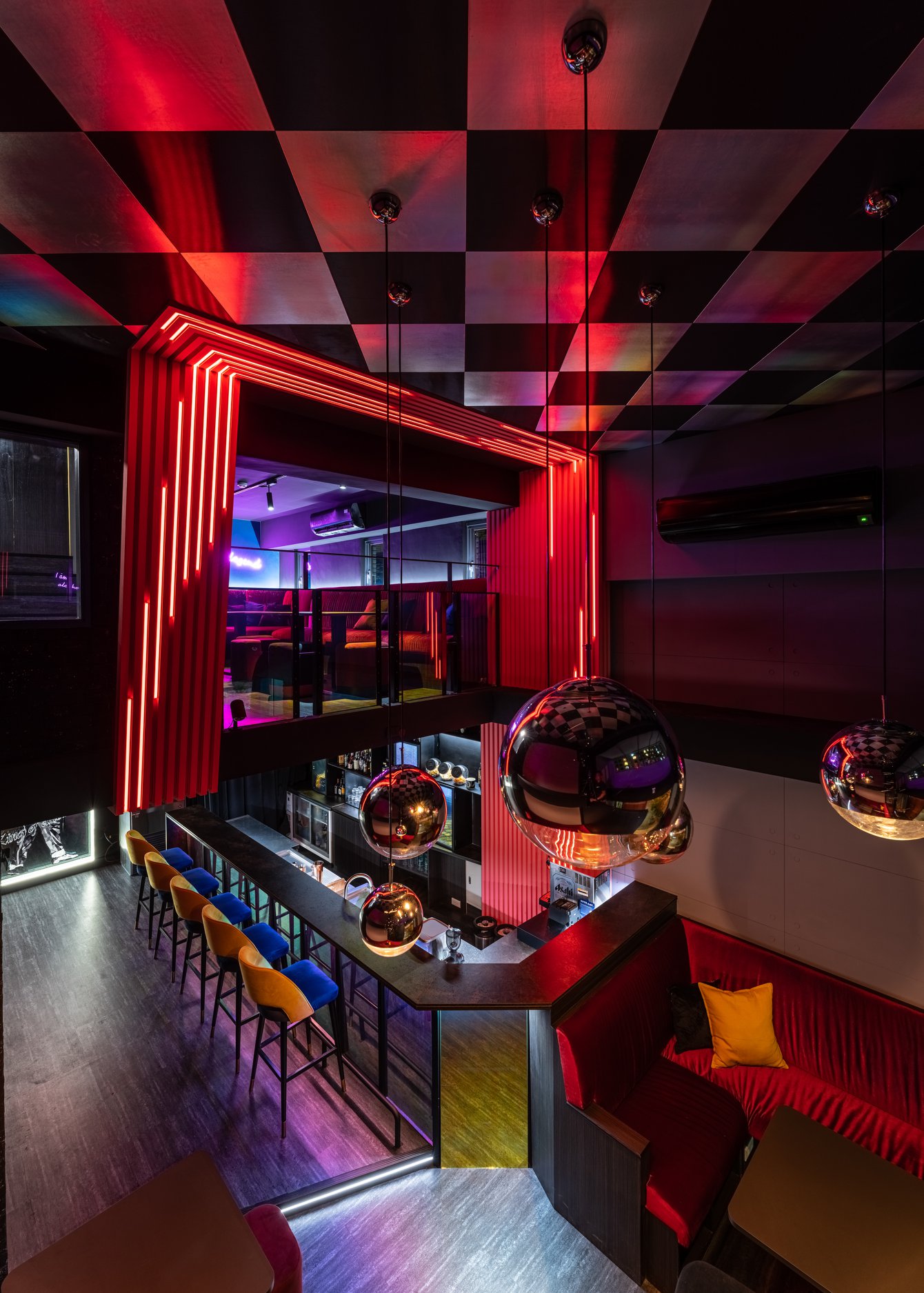 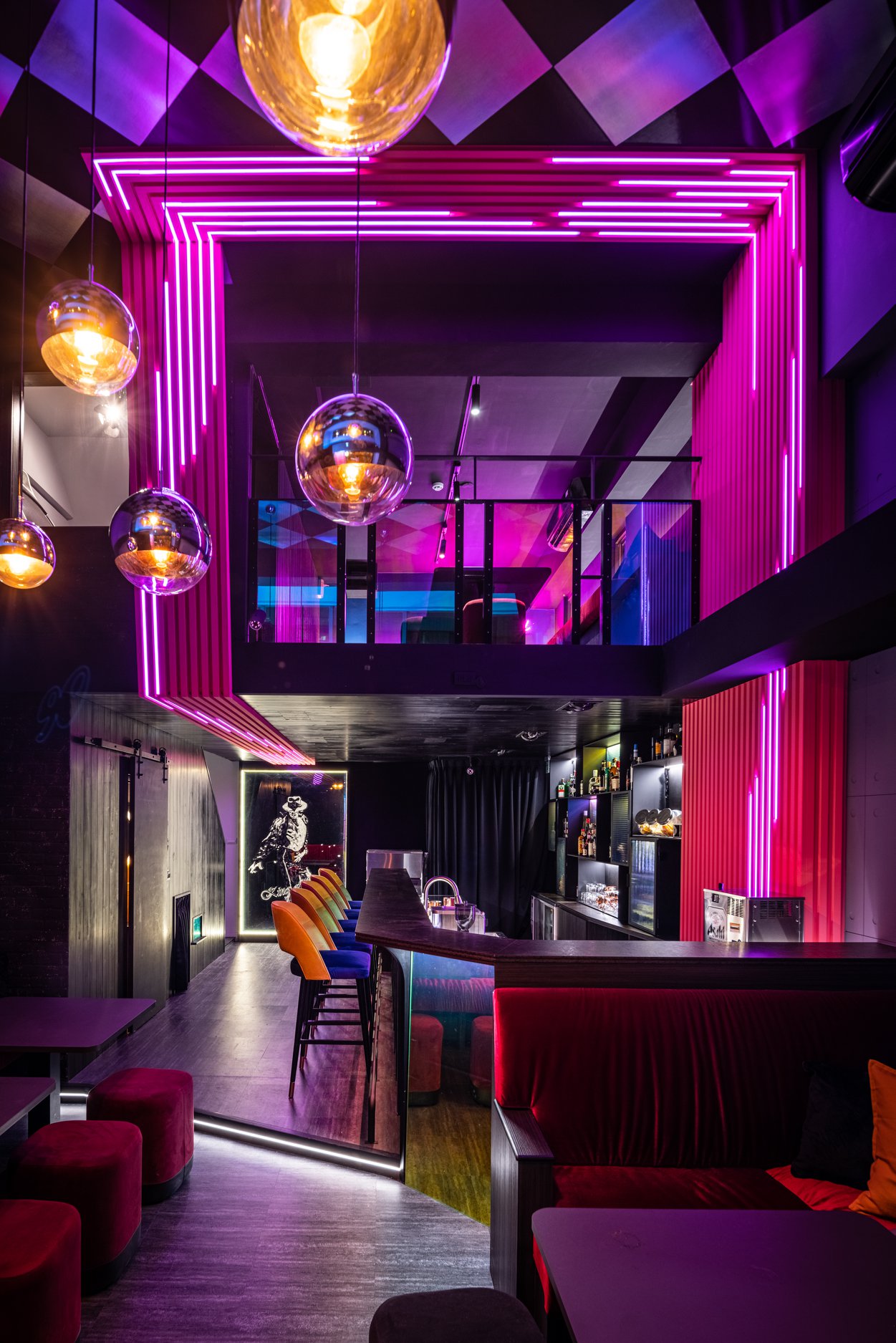 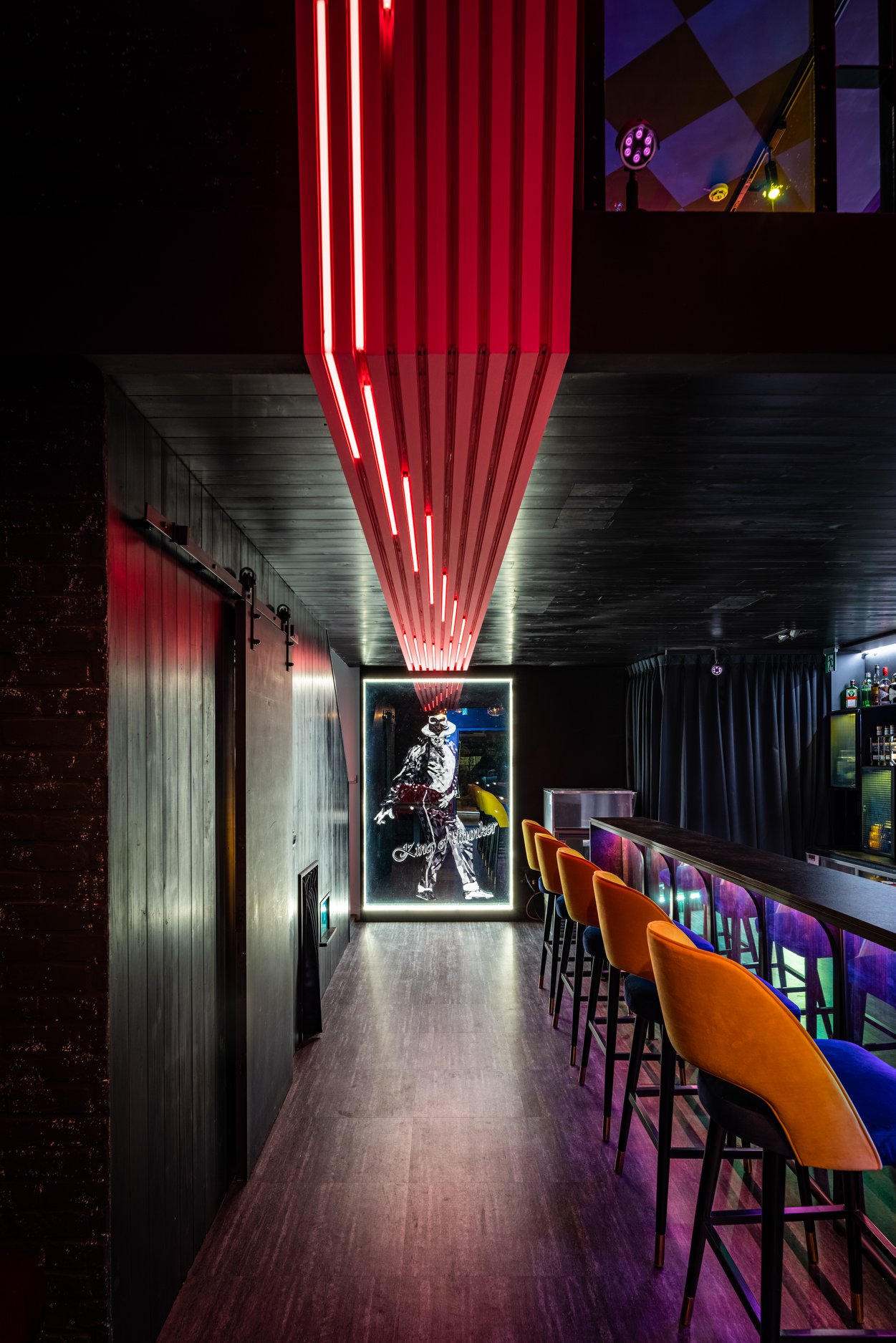 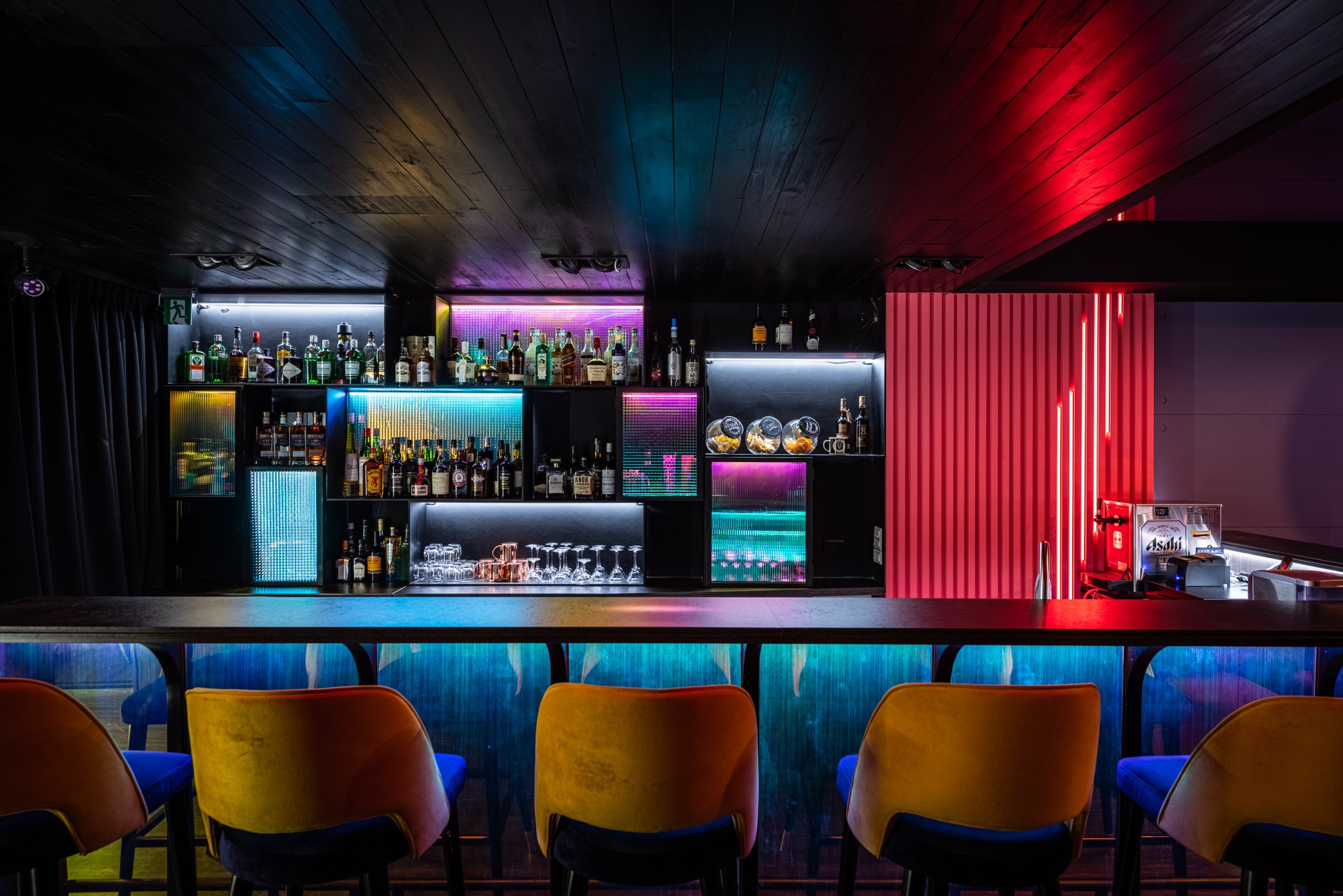 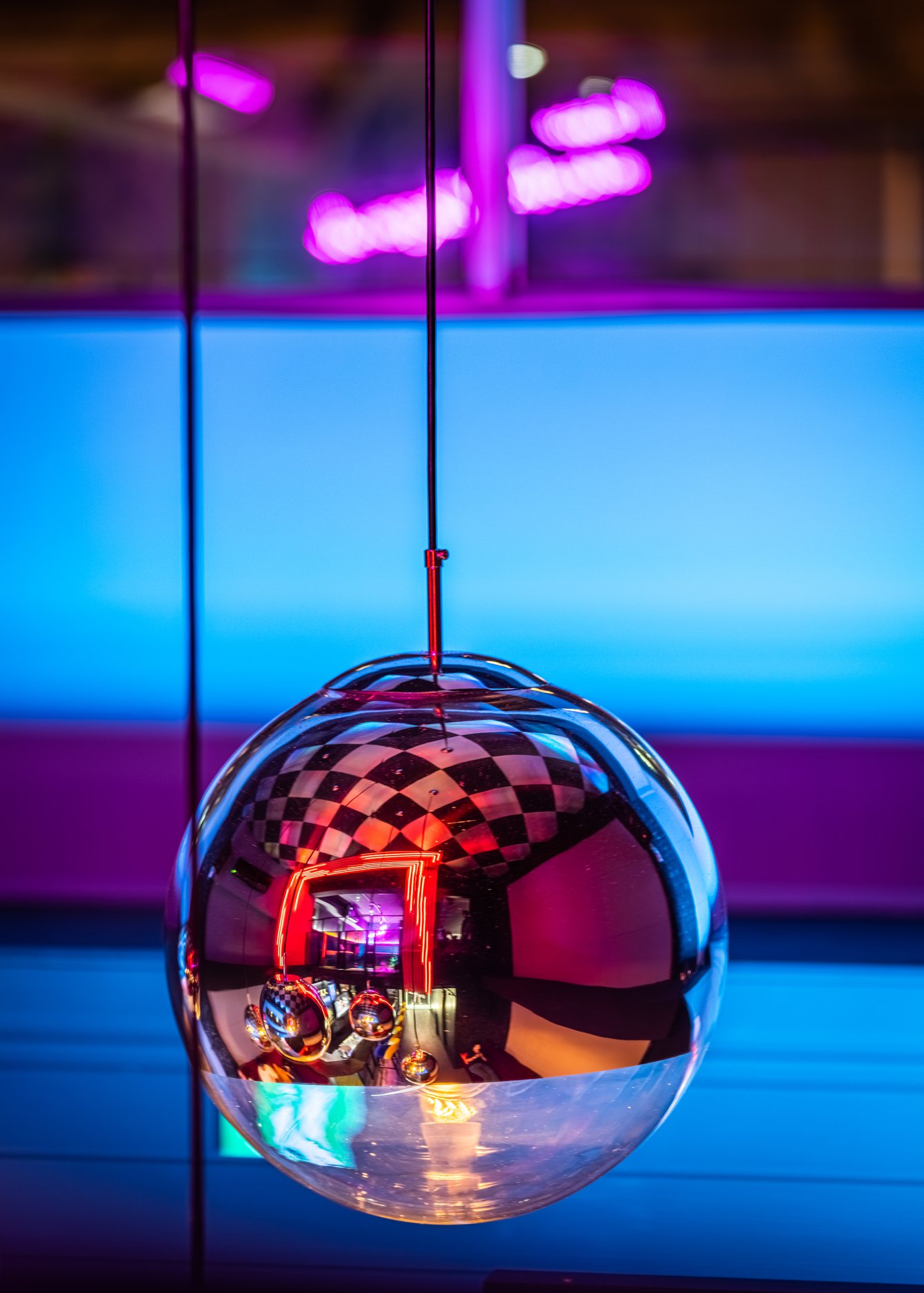 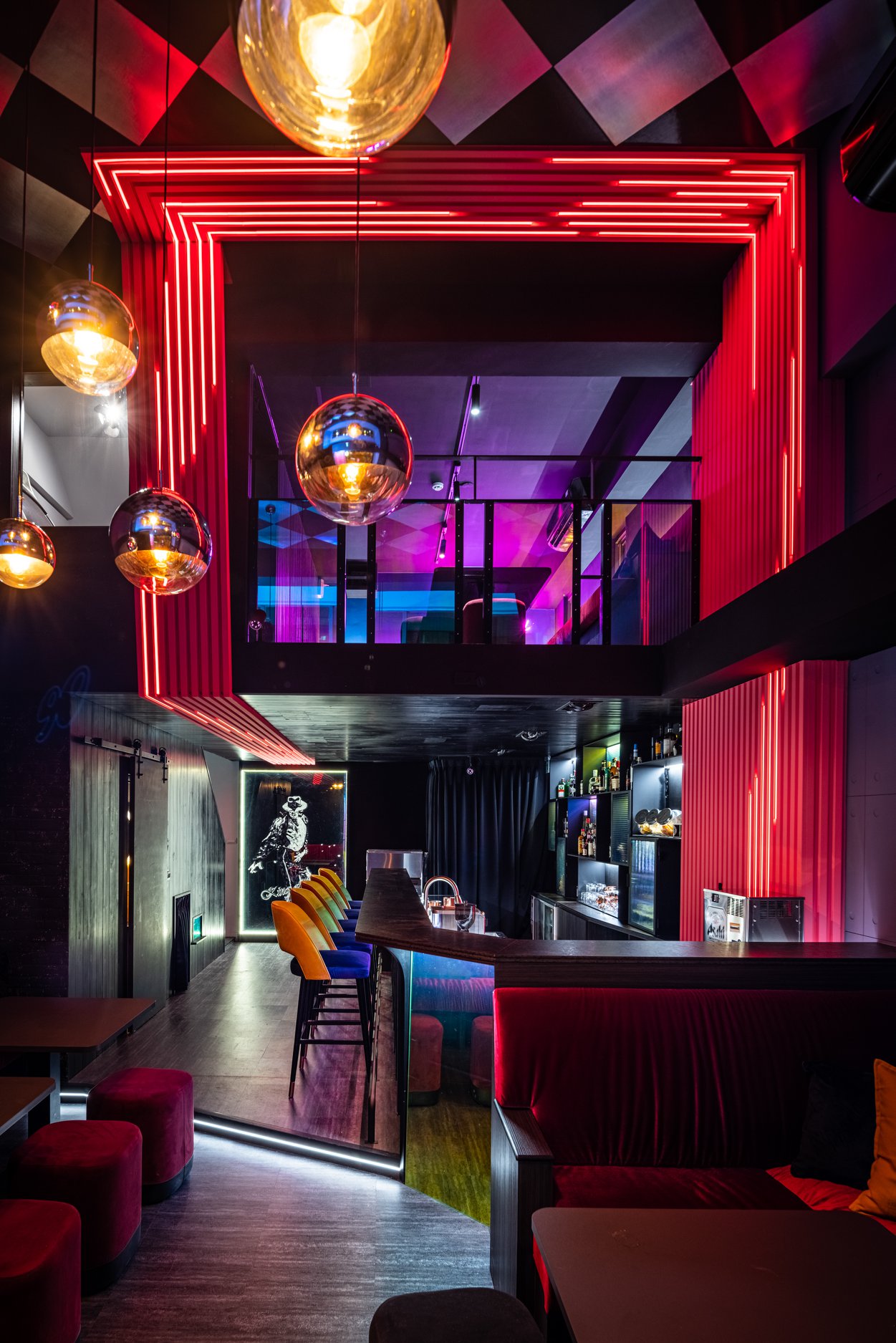 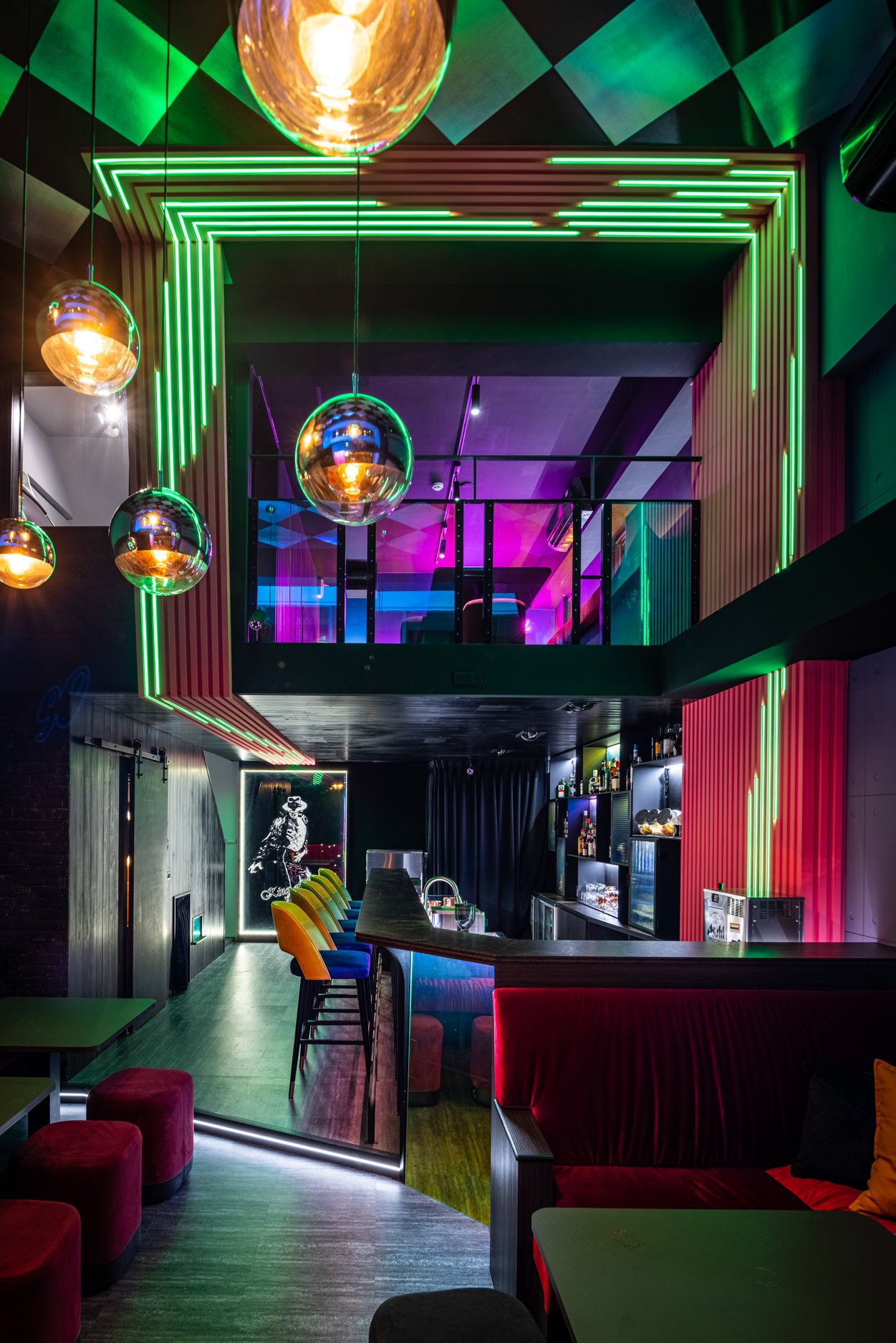 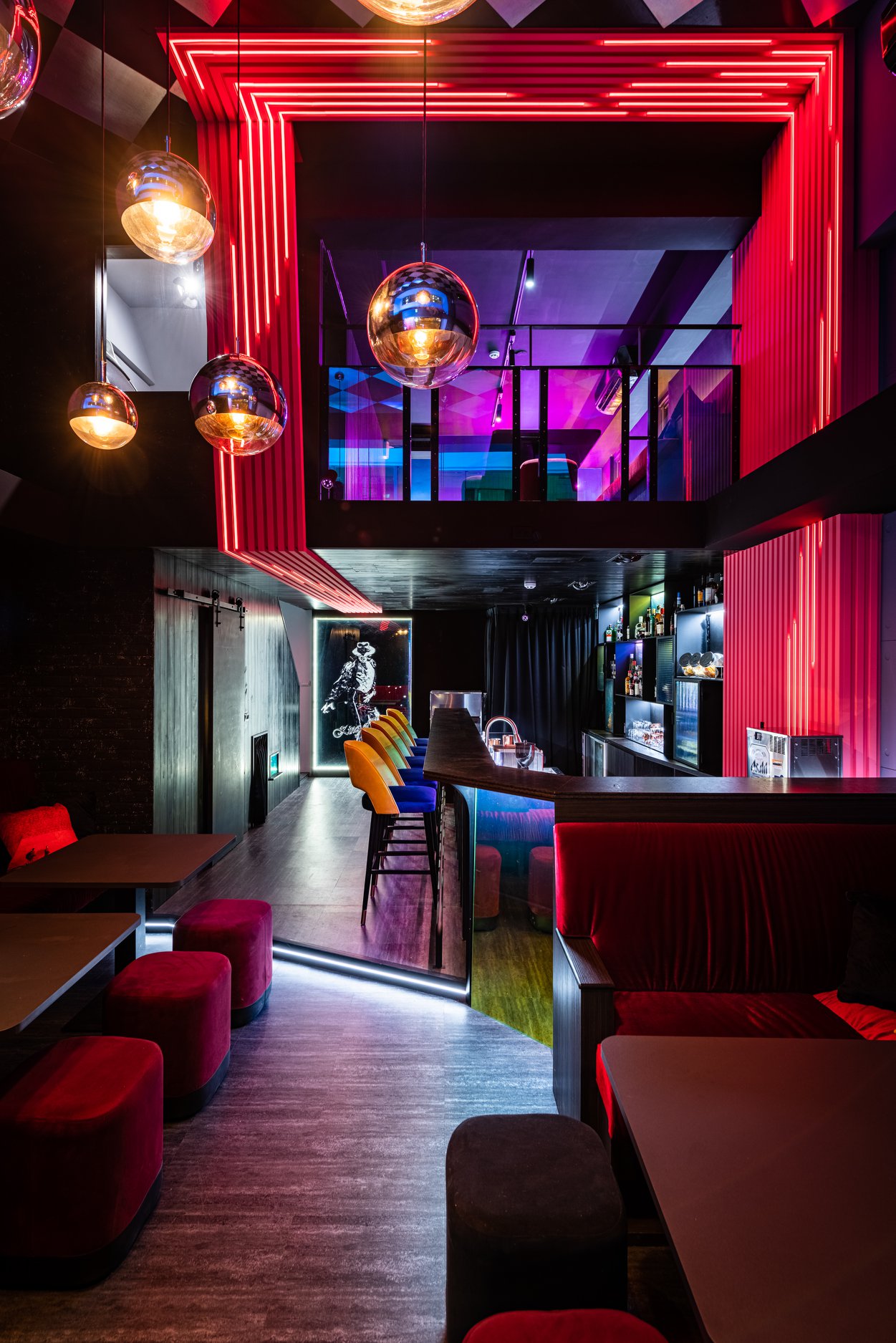 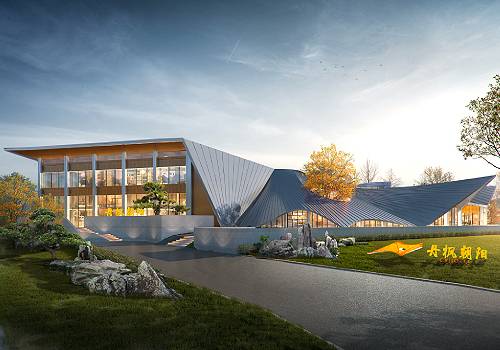 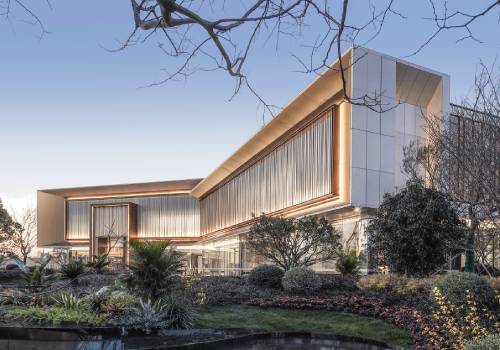 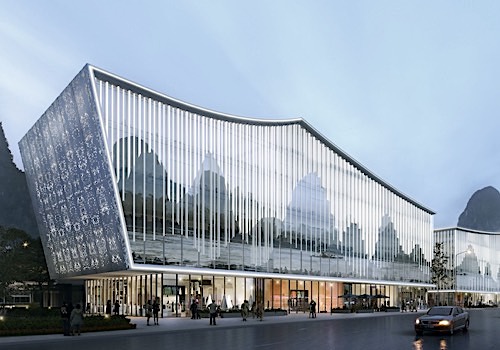 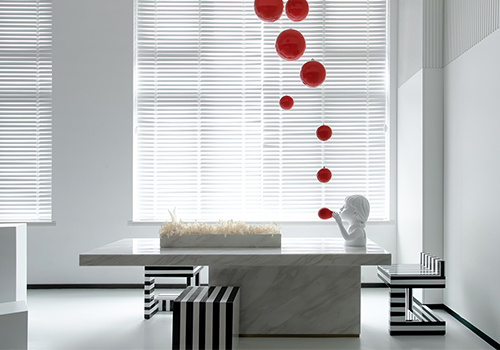