On the urban stage, “iconic” buildings play a leading role that attracts the most attention, but those “unremarkable” buildings act as an invisible role in our daily life as these make up the urban experience that affects our lives. The Xizhimen Port Apartment project is a renovation of an “unremarkable” old building, as an exploration of a new incremental practice of urban renewal in addition to experimental renovation projects for existing buildings instead of large-scale demolition and new construction. This project is located near north of the Second Ring Road in Beijing. Constructed in the 1980s, this 10-story building was a former hotel, SPA, and KTV. After the transformation, the triangle site has become a small square facing the street,with café and small shops, and combined with a stepping landscape, together forming a rare nice open space in the old urban district. Different adjustments are made to each floor by adding windows on the east and west side wall at typical floors. A more active urban facade is presented, at the same time, daylighting for each floor is increased by 50% to provides flexible and private spaces within a limited building area. Apartments designed to inspire innovative young people naturally need a vibrant, attractive facade. The design organizes the variously spaced exposed beams and columns on the original facade while providing the housing for each room’s AC unit. The new façade was designed as a series of aluminum window frames projecting out from the exterior wall. The scale of the window frames increases at the building corner as if the entire building were twisting on the square as a vivid urban sculpture. Bright colors bring the façade a rich expression, and the inside of the window sleeve changes from orange at the top to yellow at the bottom, celebrating the color spectrum of the lunar eclipse and Beijing's golden autumns. By upgrading its facade, the Xizhimen Port Apartment serves to reshape the image of the city, stimulates the vitality of the community, and provides urban professionals with a warm home with a story and a dream. 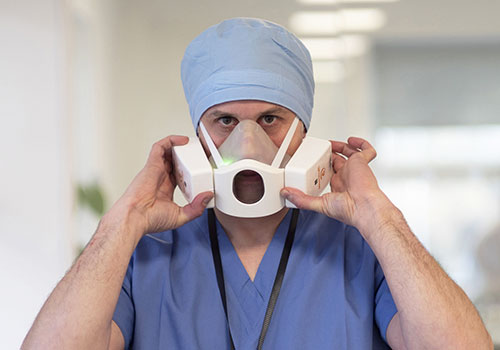 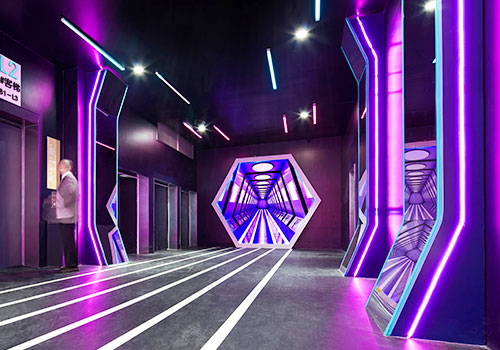 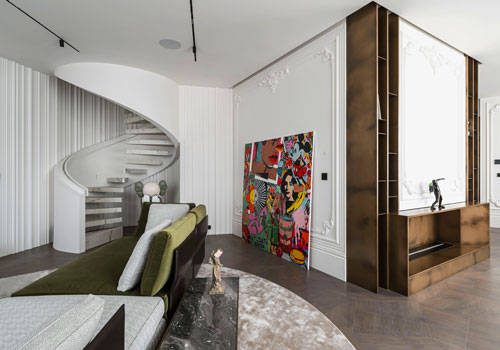 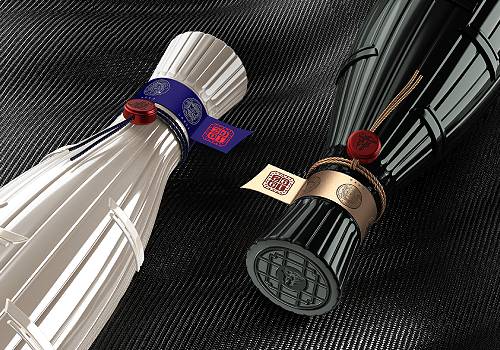