Located in the core area of South Bingjiang in Shanghai, this project is sales office of residence and will lead the upgrading and development of the ecological environment of human settlement relying on its future development trend of the region. Box in the Glass Disappeared wall, box and tunnels were used as a function of space boundary and division, wherein the designer applied the concept of the box as the space boundary which breaks the original ideas of using the wall topped the building.Large area of floor glass was applied in the building elevation, and ceiling on the top is a large beveled roof which turn the interior ceiling uneven with large difference in heights. The designer attempted to make an interior architecture in the interior space and designed a functions areas like bar and control room with curving design elements. It looks like small boxes were put into a large glass container, which shows the interior design concept of box in the glass. Curving Paper Change the flat roof into a beveled one and extract the concept of curving paper. Design elements of the curving surface is used to create different interior function areas which highlights the concept of interior building. The interior architectural mould also shows the stereo perception and sense of power of lines on the curving surface in the space.3D modelling is applied to finish 1:1 simulation space. The construction and fabrication on site is conduced based on the final design scripts of 3D modelling. The final site construction should be identical with the 3D renderings. We hope to realize a curving paper and the curve in the corner is hard to be realized. Especially angles of 90 degree, is a big challenge in construction and installation. 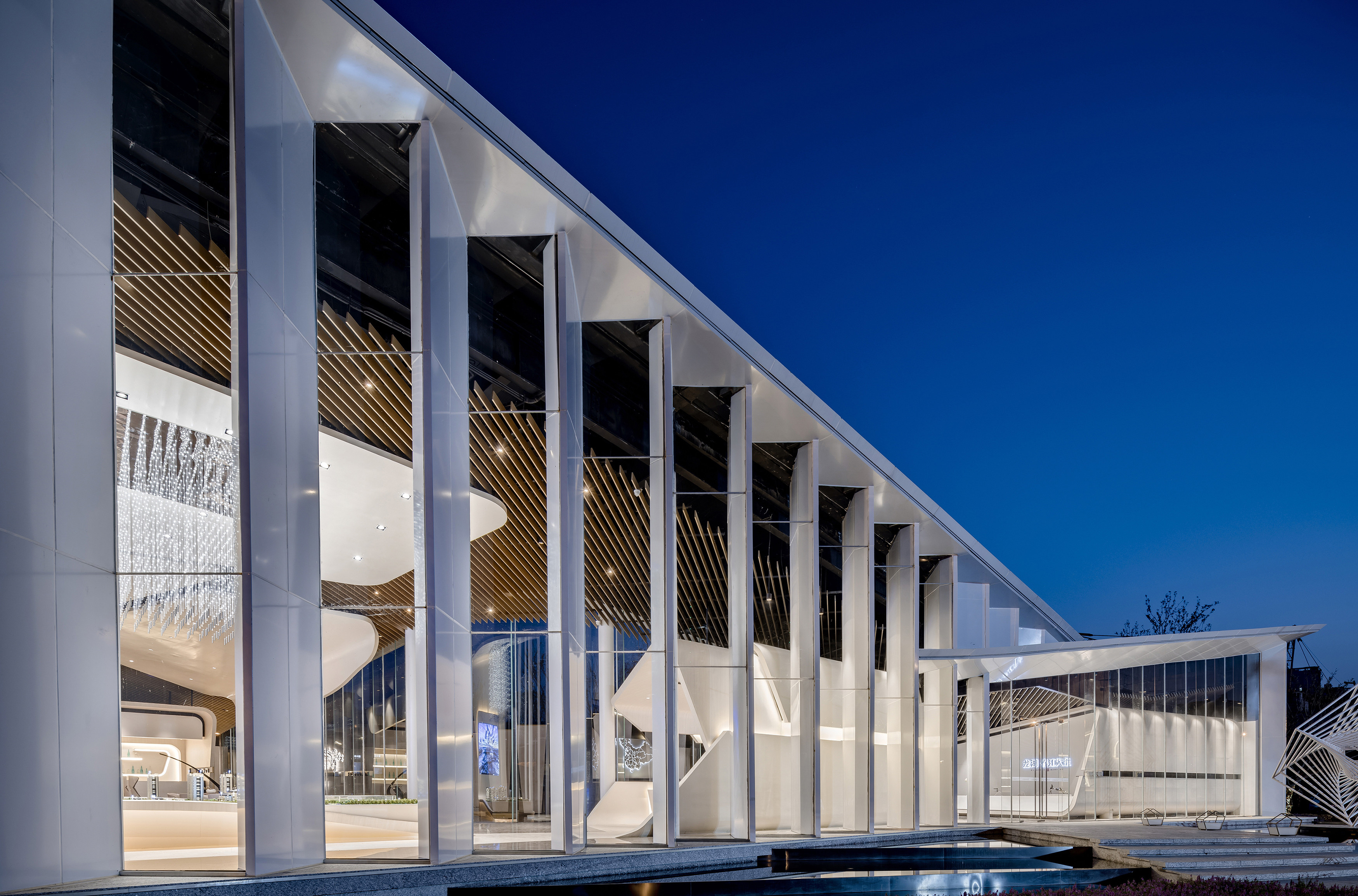 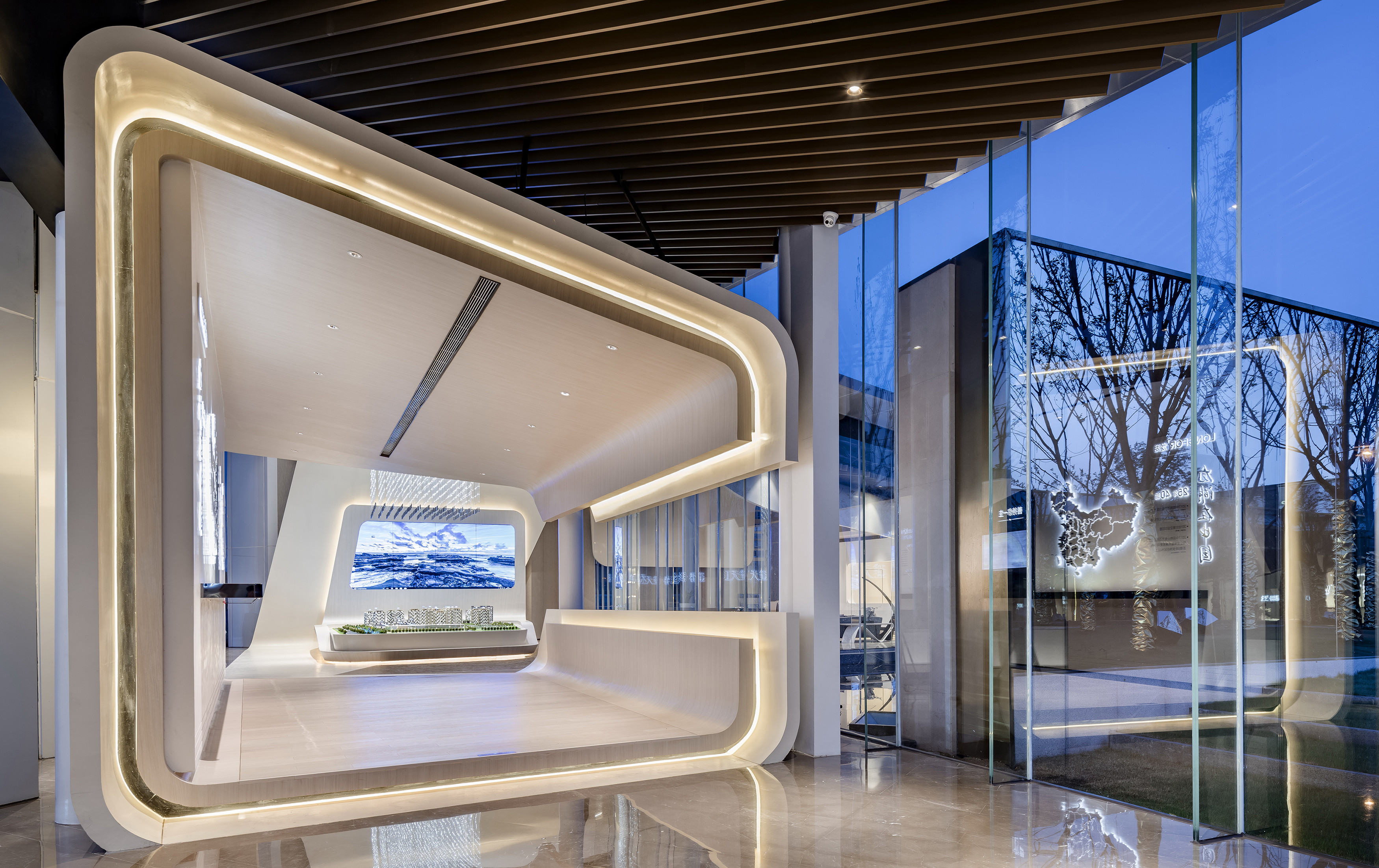 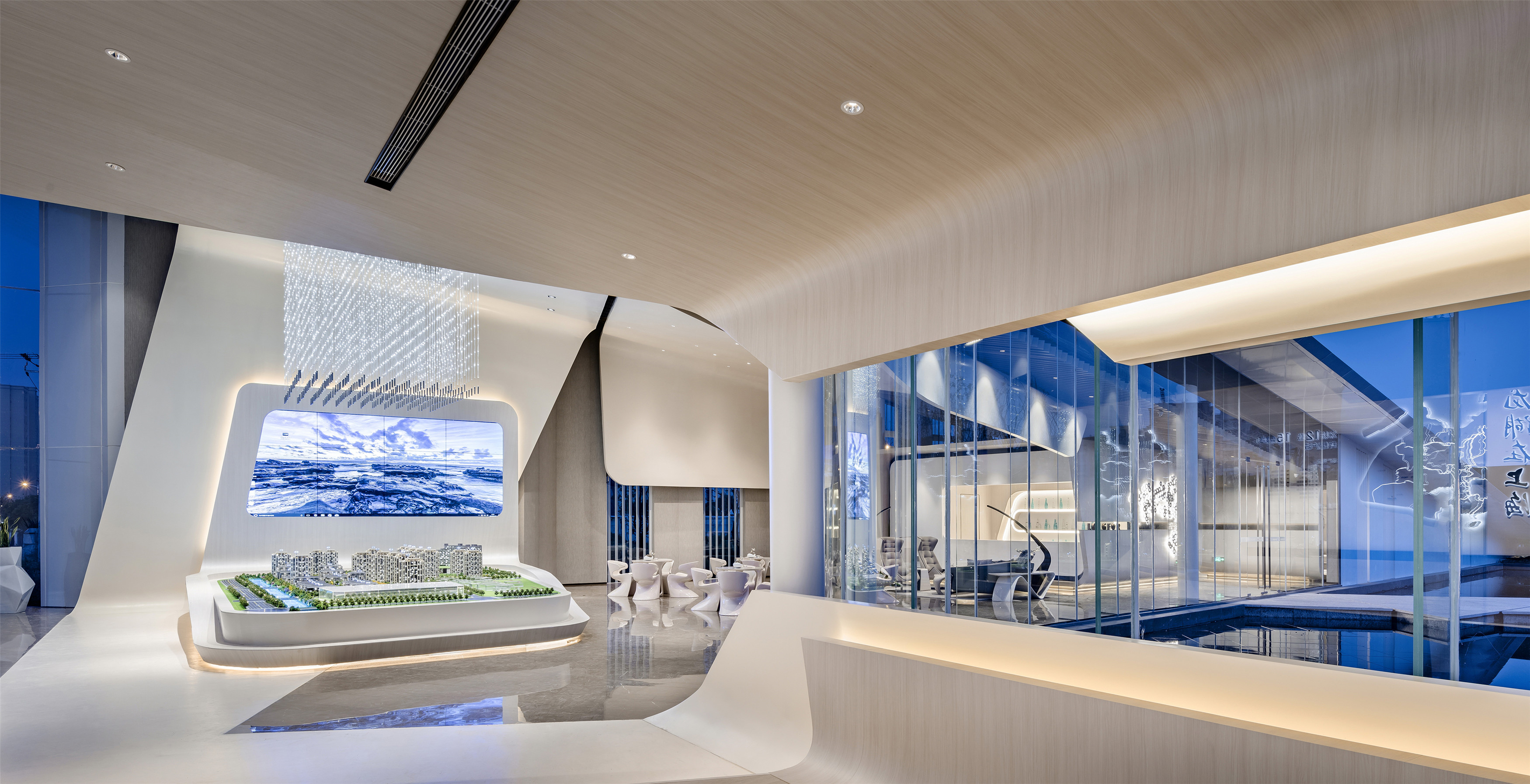 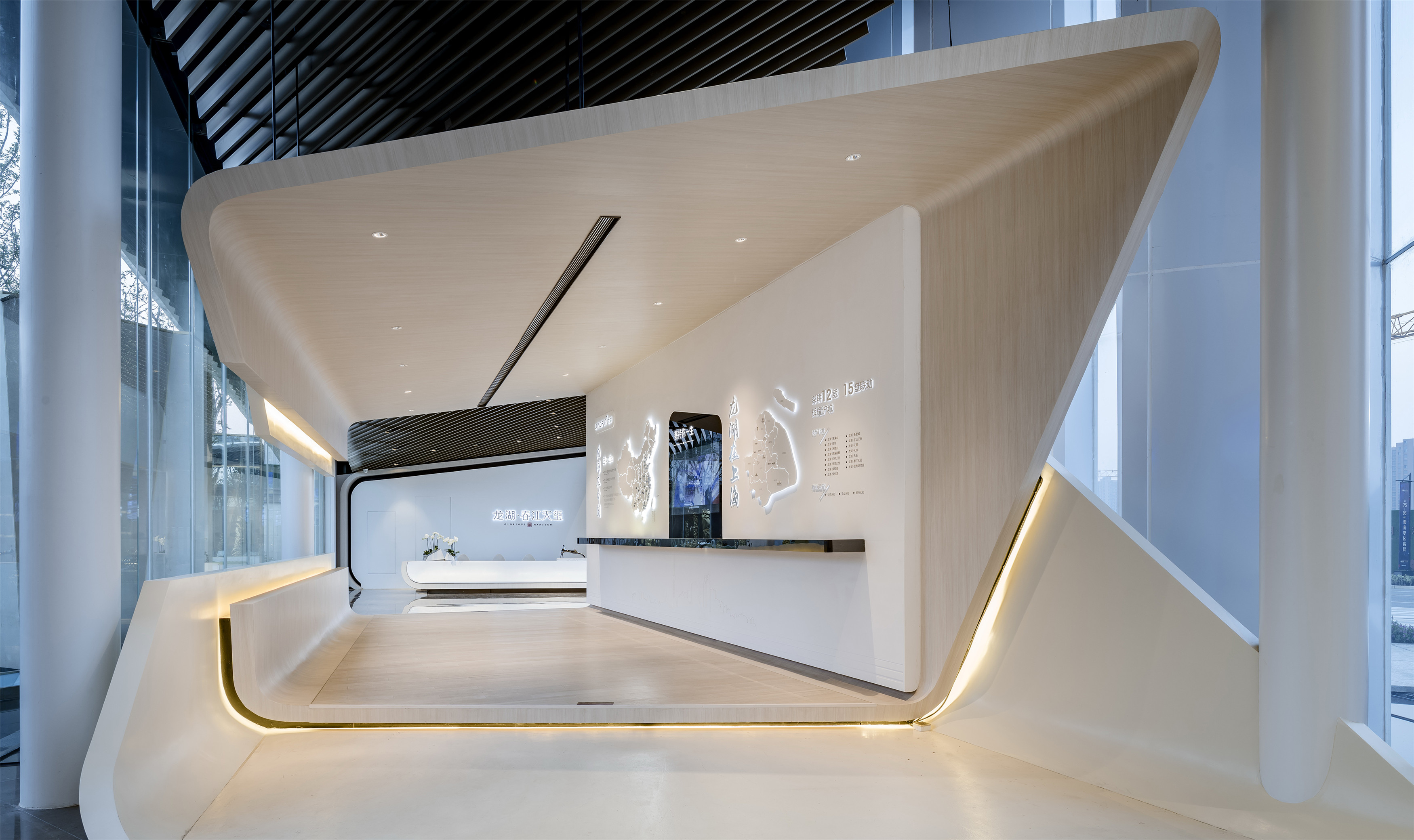 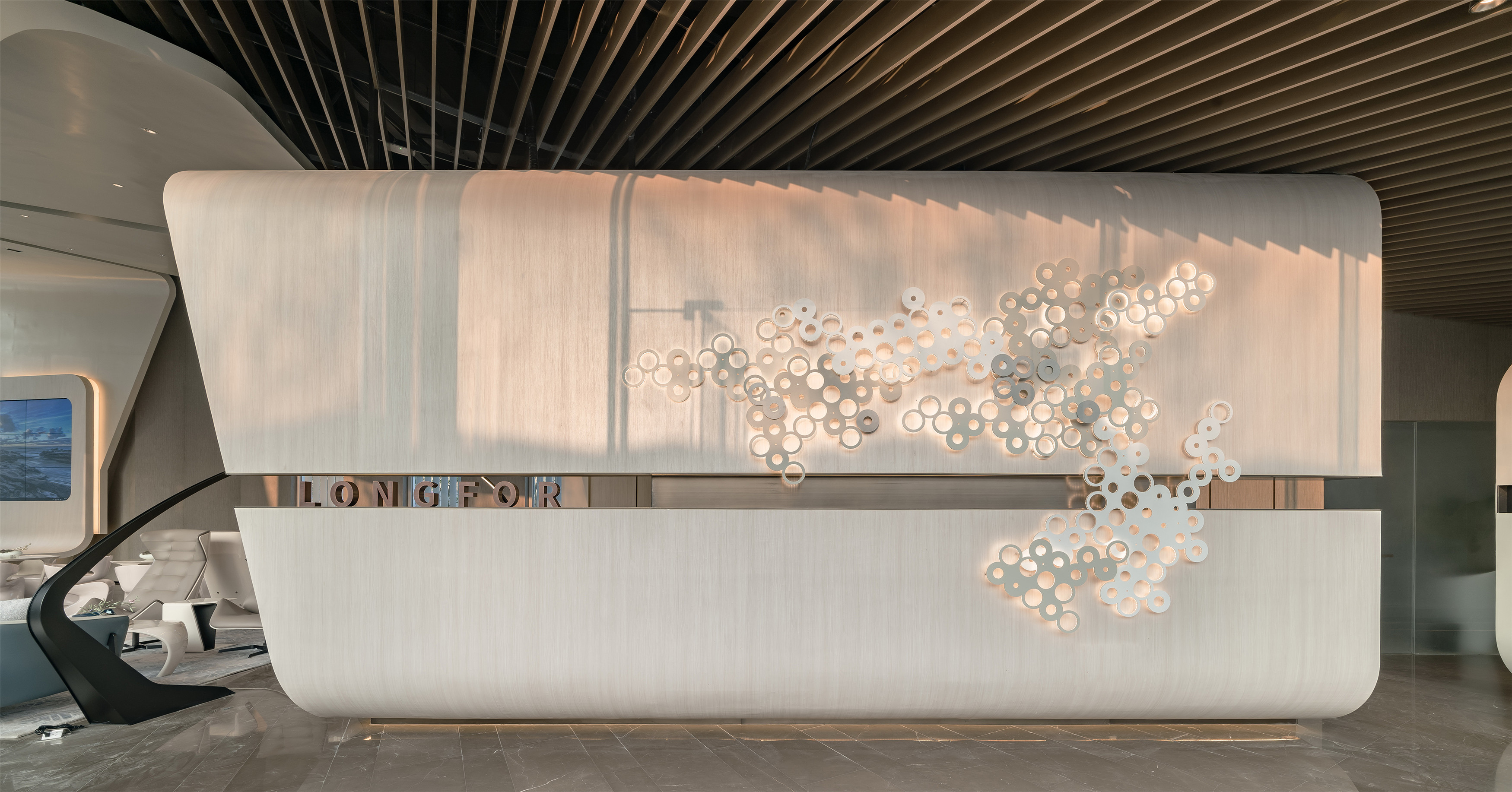 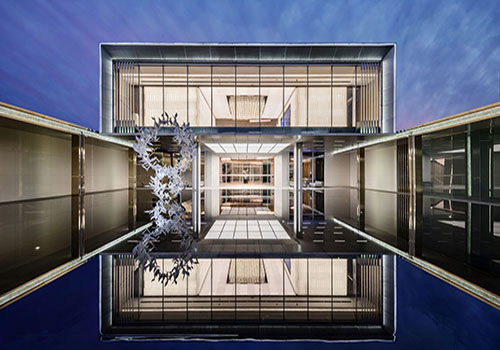 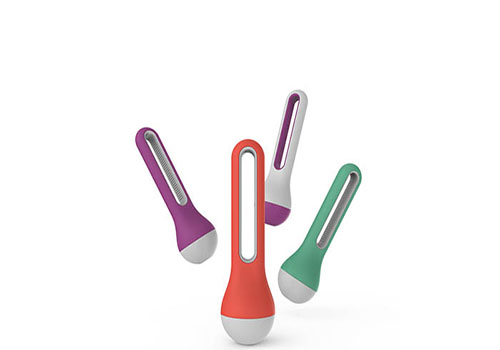 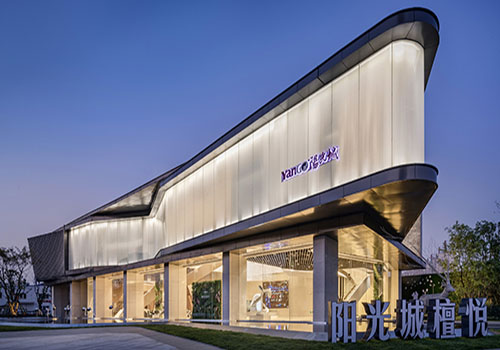