The project is located in Tianjin near the sea. The original building is Tianjin Shipyard. The designer refurbished the project，undertakes the overall design work including architectural, landscape, interior and FF&E design. Functions of the interior space are negotiation area and show area. Large Ship of Modern Times The original separated mock-up and sales office were connected through a corridor, turning them into a complete one, and then the profile of the ship was outlined with flow lines attaching the LED light strips to present a large ship of modern times with future sense of science and technology. The designer wanted to present a pure artistic work with artistic flowlines combining a large ship intent with both modern art and historical rudiment to rebuild a sole of the shipyard with flexible and elegant lines. Aesthetic Waterscape With the exterior waterscape, the artistic building looks like a large ship sailing on the sea from afar. LED light strips on the ship refract by the water and form perfect mirror image which adds dreamlike beauty to the space. Entering interior, there appears a simplified and modern profile with lines of strength creating an atmosphere of tough cabin industry,while the cloud shaped ceiling makes people feel they are under clear sky. Transparent glass brings into the sunshine, which echoes with the large ship offering a special experience and visual impact. It implies the project will lead development of the whole city as a navigator and become the leader of the current industry like the formal Tianjin Shipyard in the future. In the original architecture, mock-up and sales office are in two separate buildings. The designer connects the two separate buildings together through a corridor and make them a complete one through architectural and landscape design. 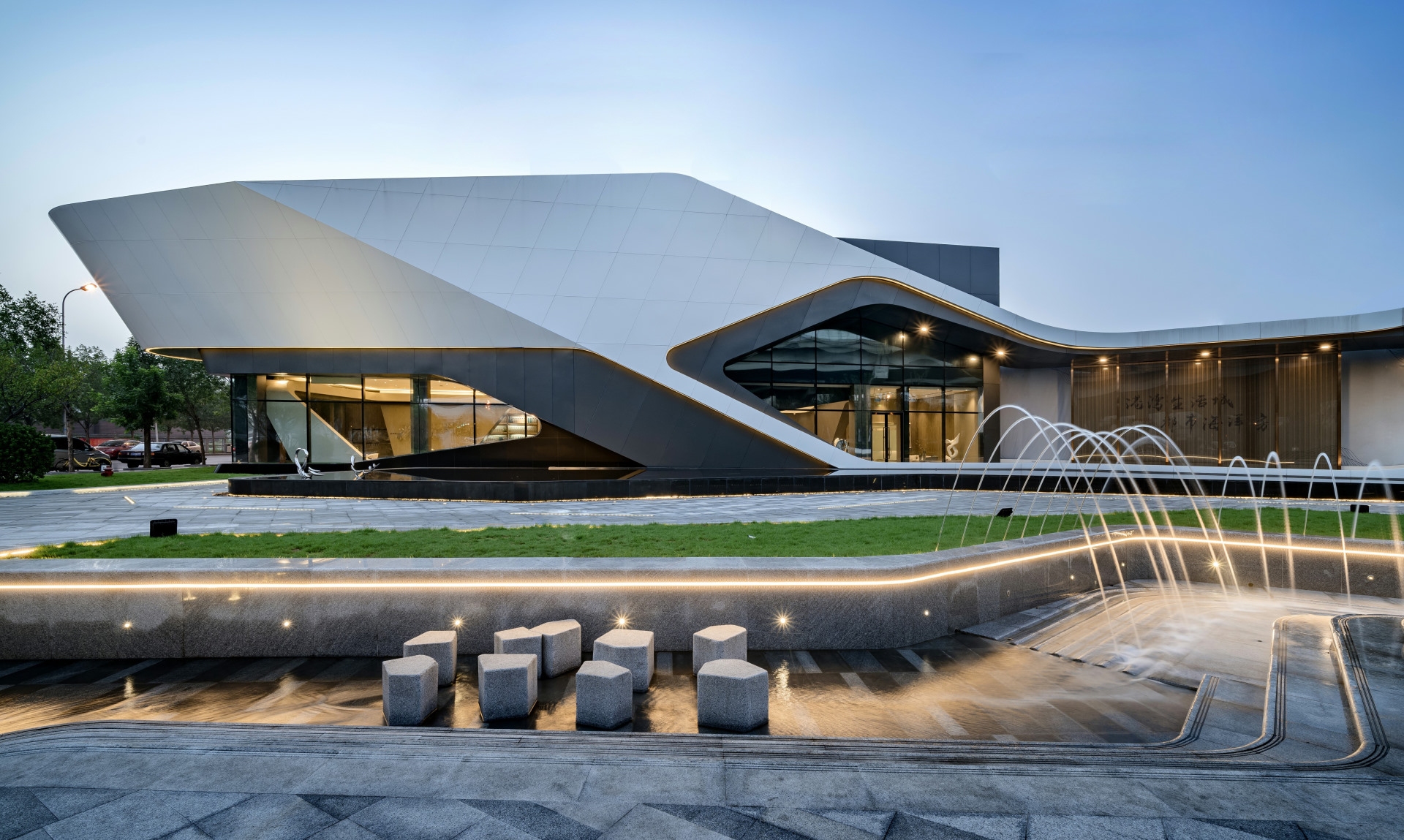 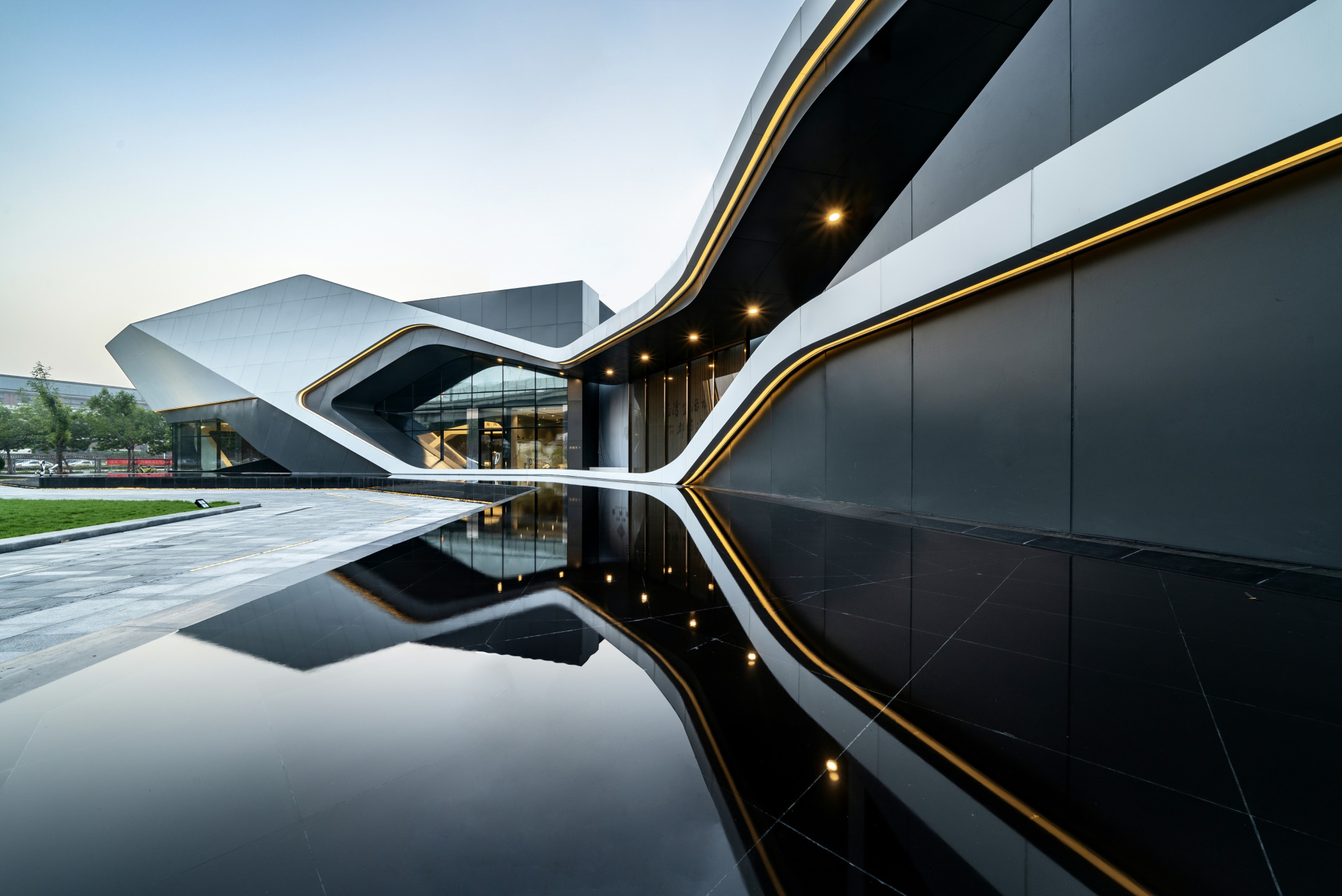 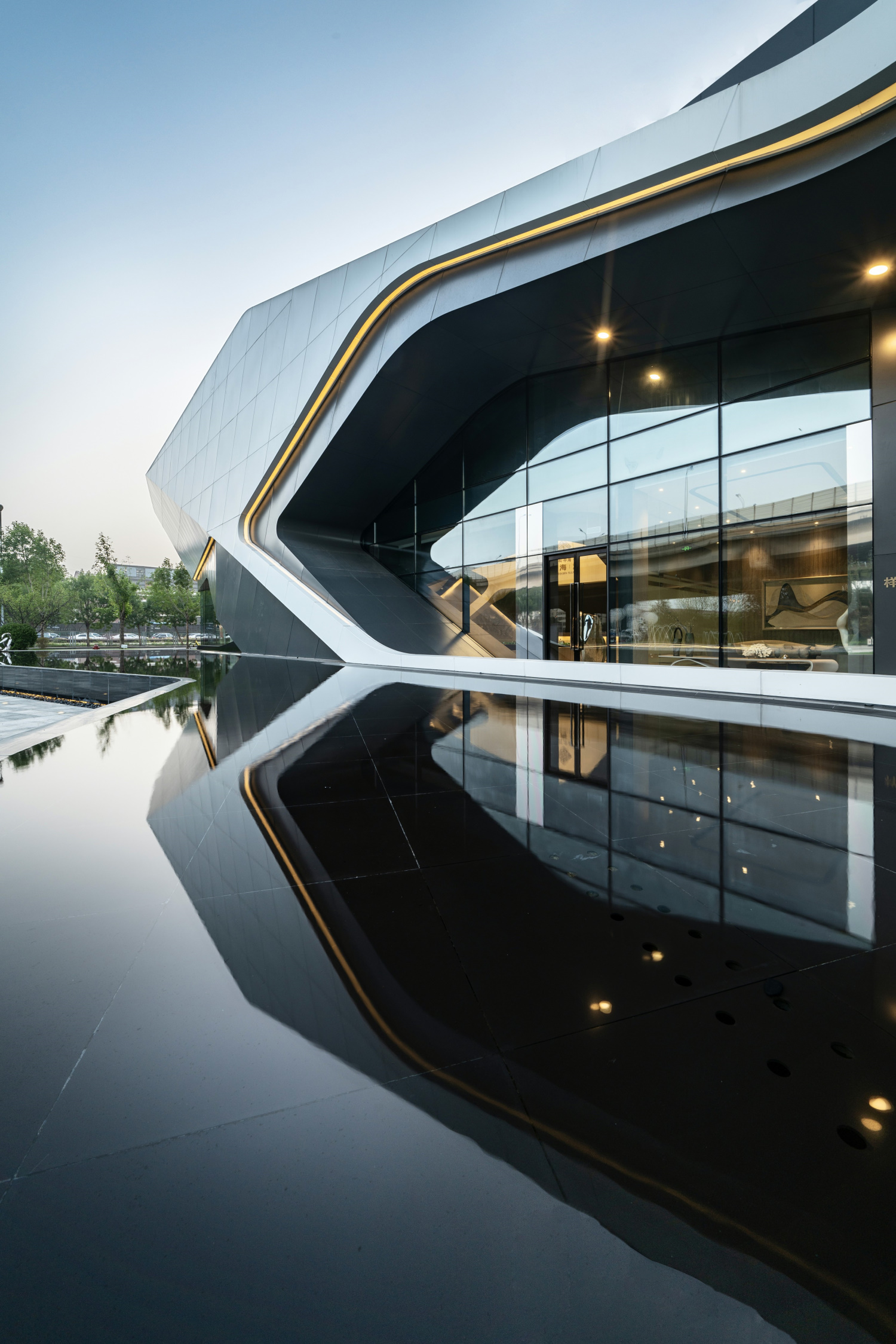 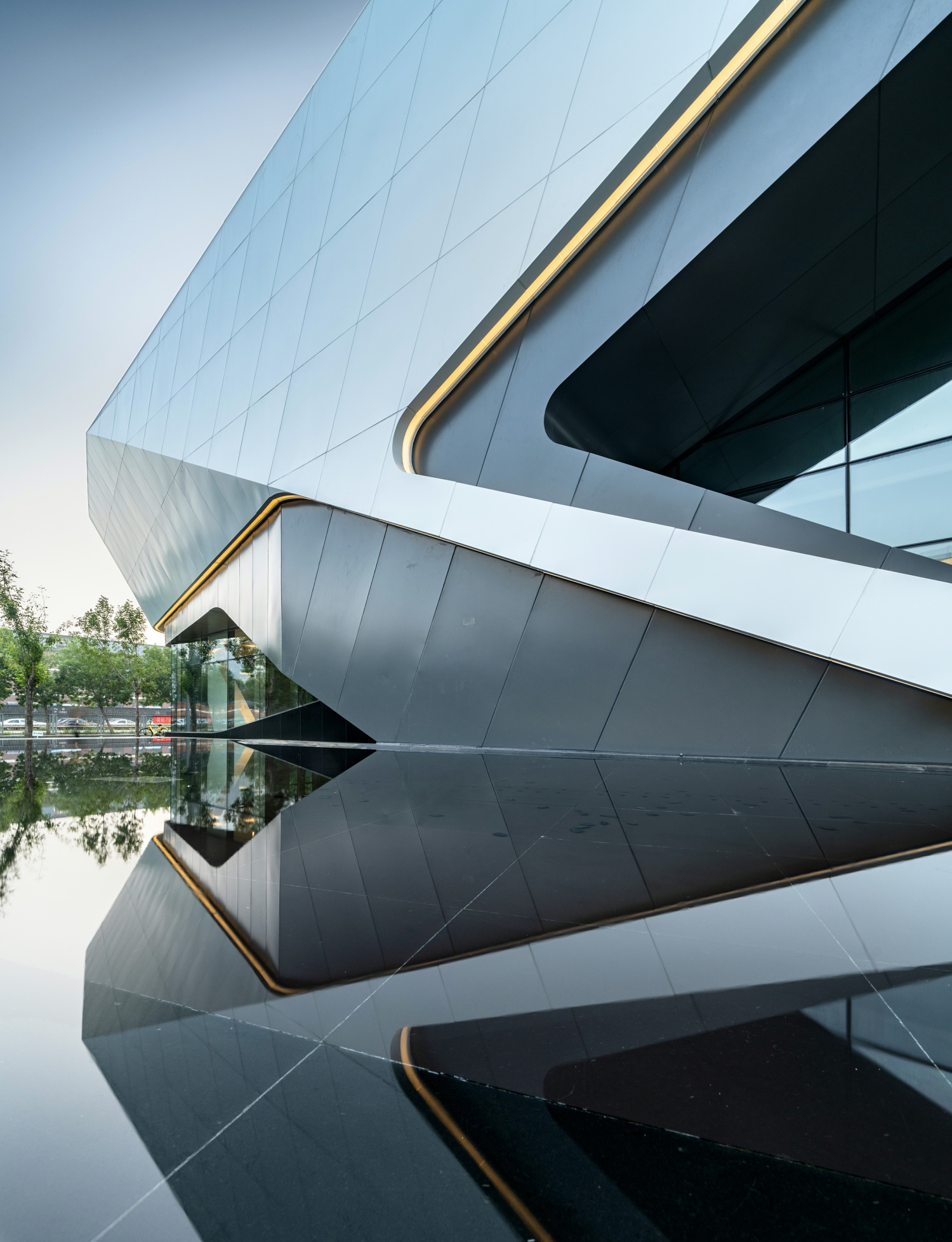 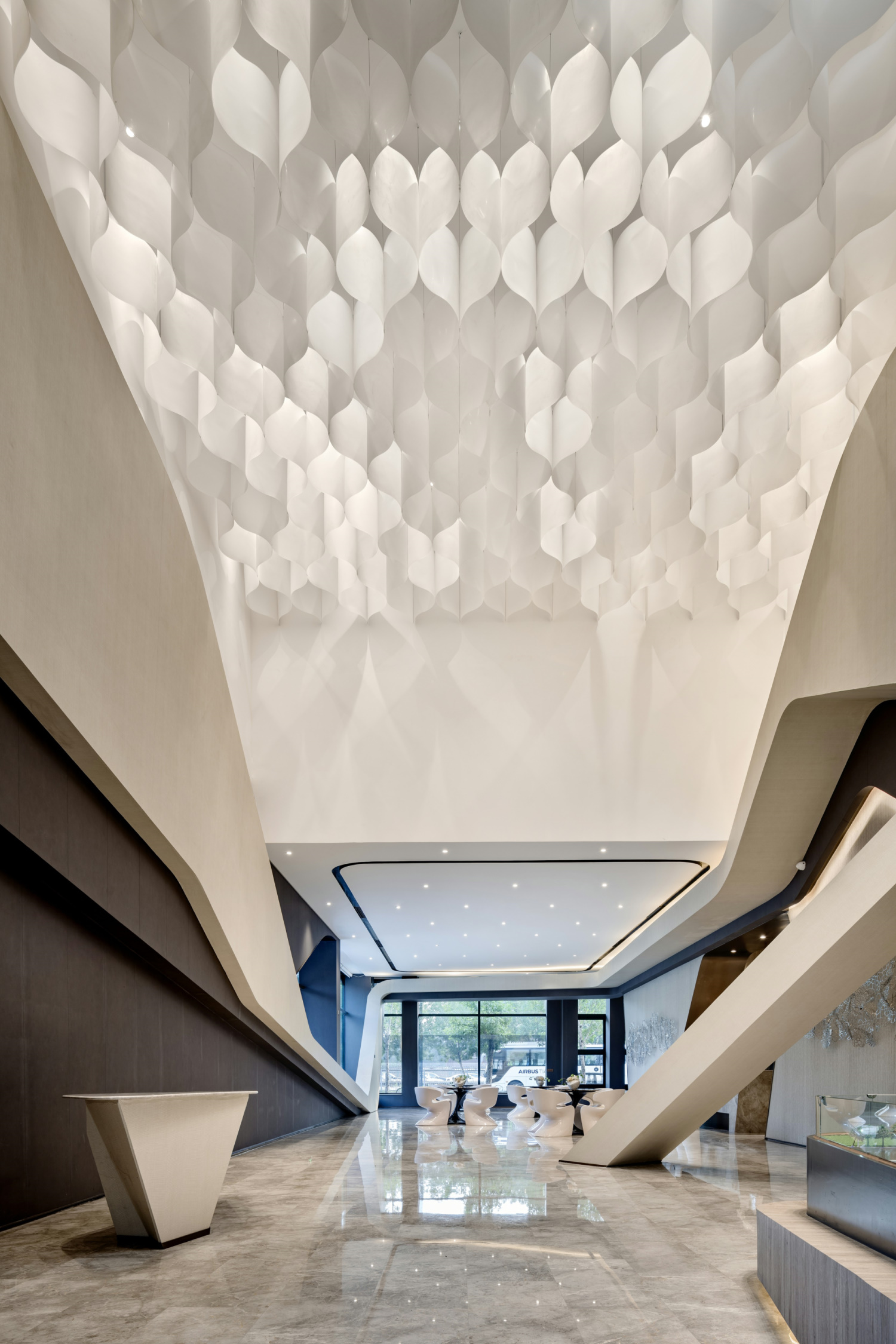 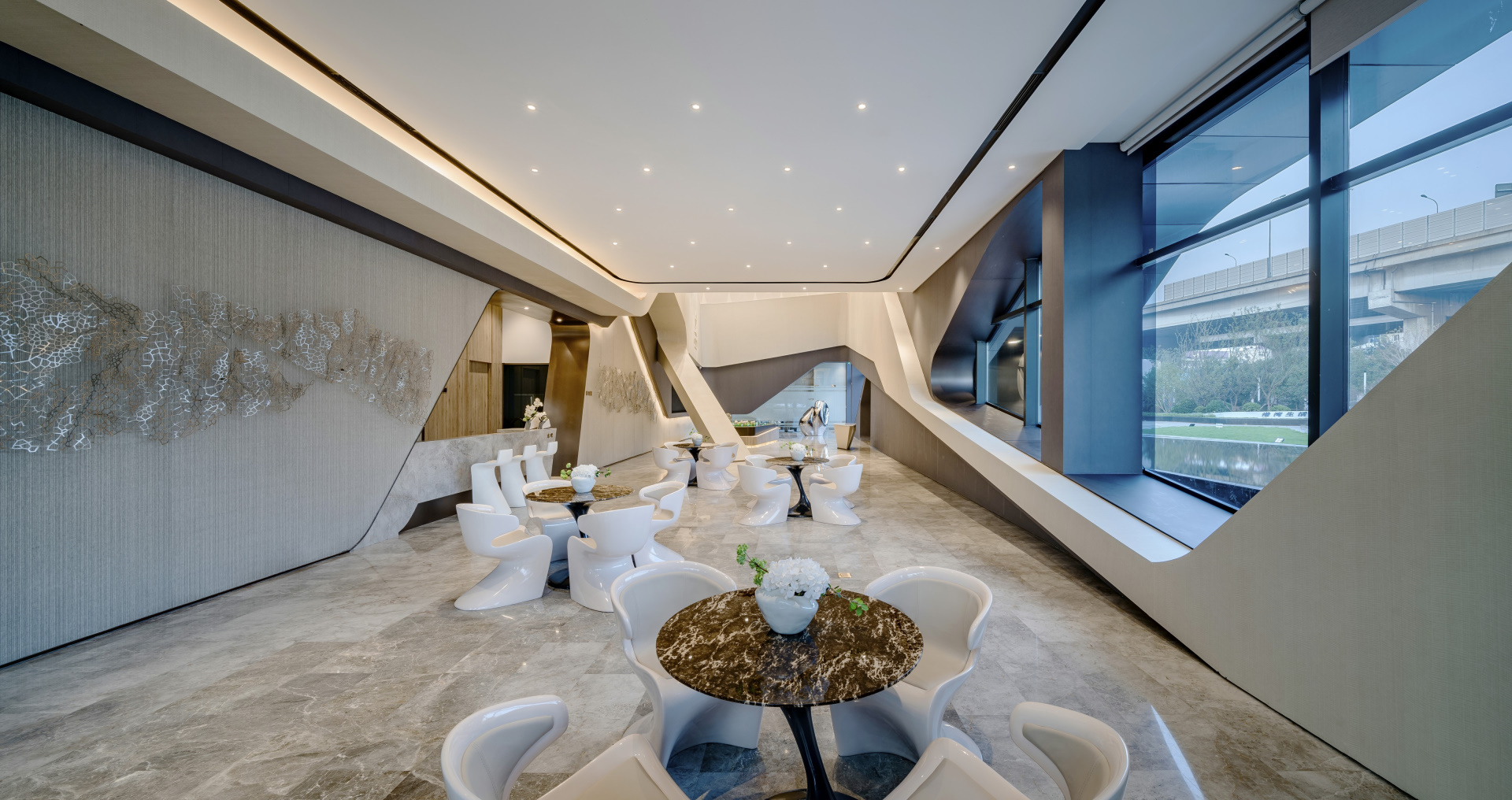 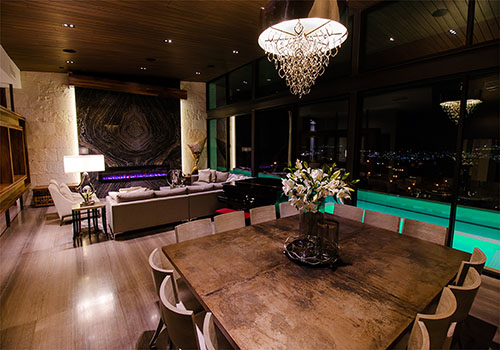 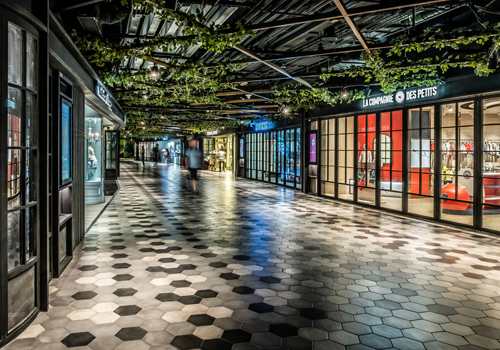 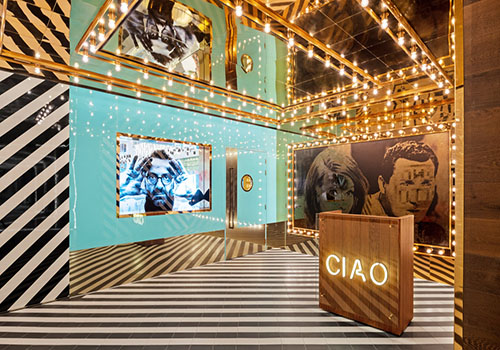 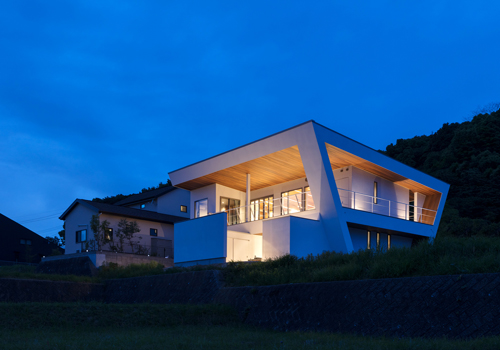