Taishi Chair-like layout (three sides enclosed, south side open) is very common among Chinese government buildings, and was requested in the design brief. Even so, we intended to break the conservative "Taishi Chair" spatial pattern, hoping to bring a new image and vitality to the government architecture. We didn't just say no to “Taishi Chair” form but took a more indirect approach. Considering that the planning of Guangming District in Shenzhen emphasizes a green city development mode with low impact, we suggested that the government building set an example to implement the concept. There are two small hills about 30 meters high standing at the center and south side of the site respectively. Besides, the plot was full of piles of earth dumped from surrounding construction sites, leaving little space for dumped earth for the project. Based on site conditions, we proposed to preserve the two hills, which can reduce the excavation work while also helping form a group of green hills that extend to the Niushan Mountain on the north side of the plot, thereby blending with the ecological protection area of the District. The solution not only solved practical problems but also responded to the low-impact development mode advocated by the District. Fortunately, the authority eventually agreed to preserve the southern hill, so that a “Taishi chair” layout featuring enclosures on three sides would be impossible for this project. According to different functions, we divided the building into two blocks with distinct forms at vertical level. The upper rectangular volume is workspace, while the lower block functions as a public service hall, whose rooftop is shaped like an undulating “mountain range”. The flexible, curved plane of the "mountain" creates a relaxing and open atmosphere. The architectural style and image is novel, which changes the stereotype of government buildings. 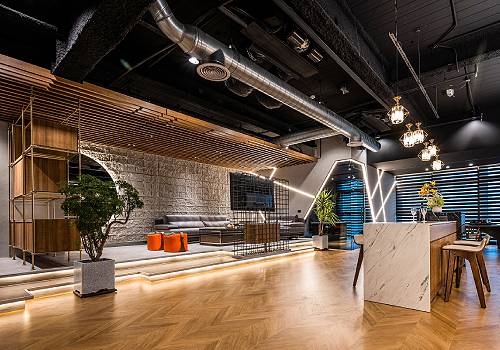 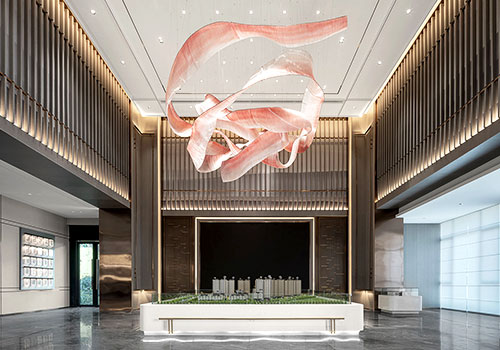 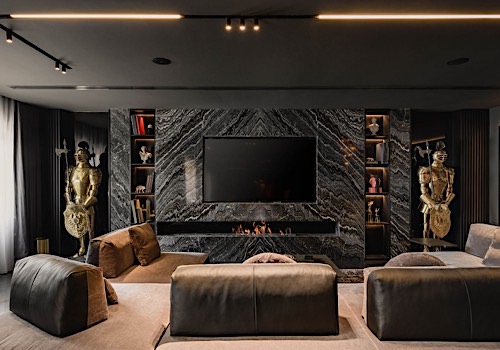 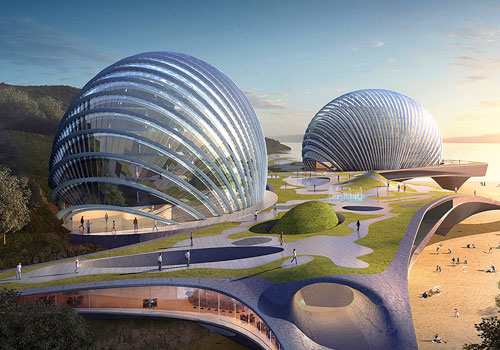