This Chinese spirit product is named Ban Hu, which literally means “half bottle”. Of course, it does not indicate that the spirit is sold in only half bottle, but actually implies a kind of ancient oriental philosophy that things will develop in the opposite direction when they become extreme. Just as an old saying goes, too much water easily overflows and the full moon soon begins to wane. In terms of container design, we paint white color on the upper part of the bottle to differentiate it from the transparent texture of the body, while the glassy lower part of the bottle is made into an irregular shape to symbolize water flow. At the joint between the upper and lower parts is carved a figure, which looks like a sage standing on a boat, highlighting the water flow design for the lower part of the bottle. Moreover, what the sage is looking up at is exactly the name of the product. On the packing box, the image of the sage standing on a boat appears again. What’s different is that the product name he is looking up at is combined with a golden pattern of the crescent moon, implying the ancient saying that “the full moon soon begins to wane”. 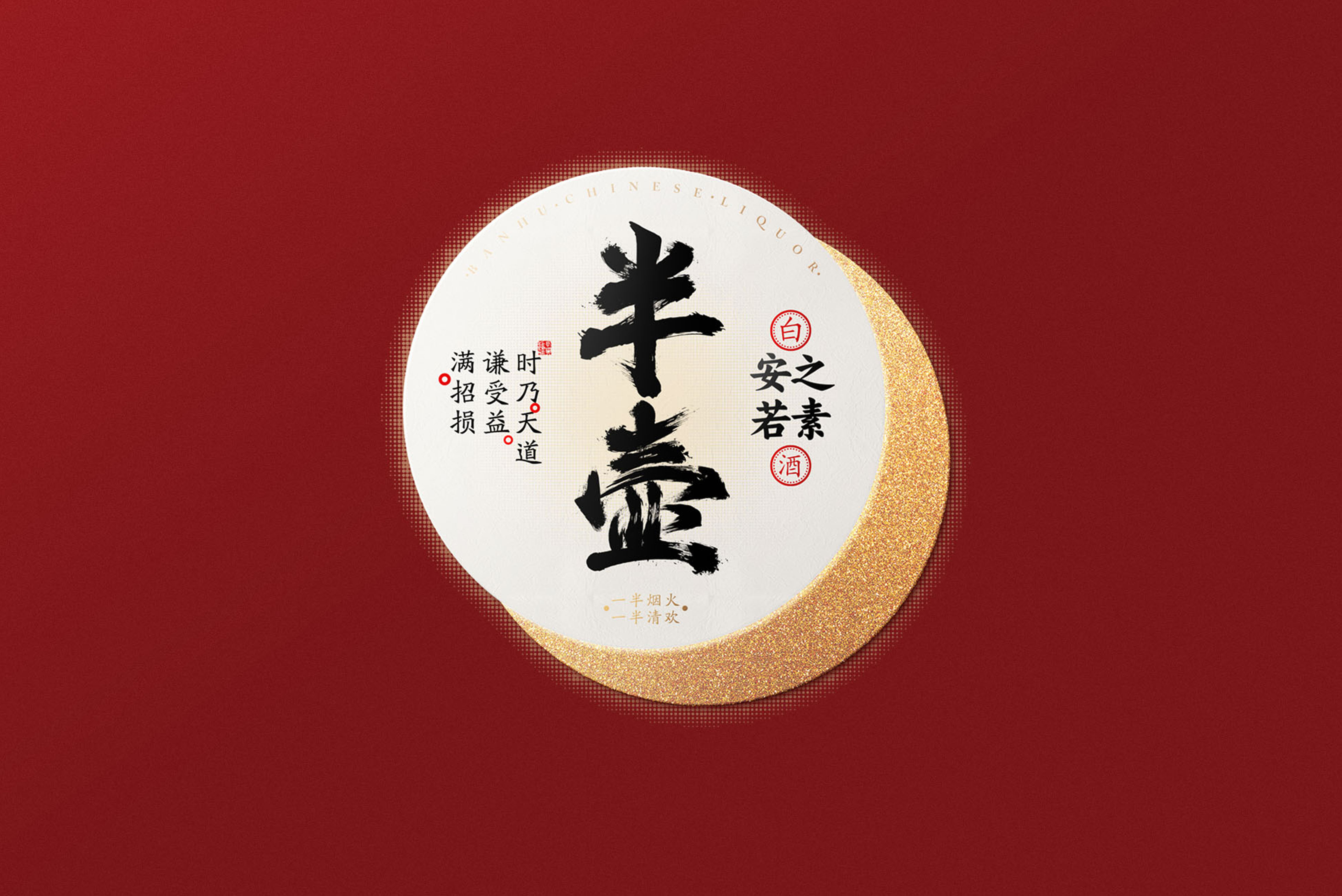 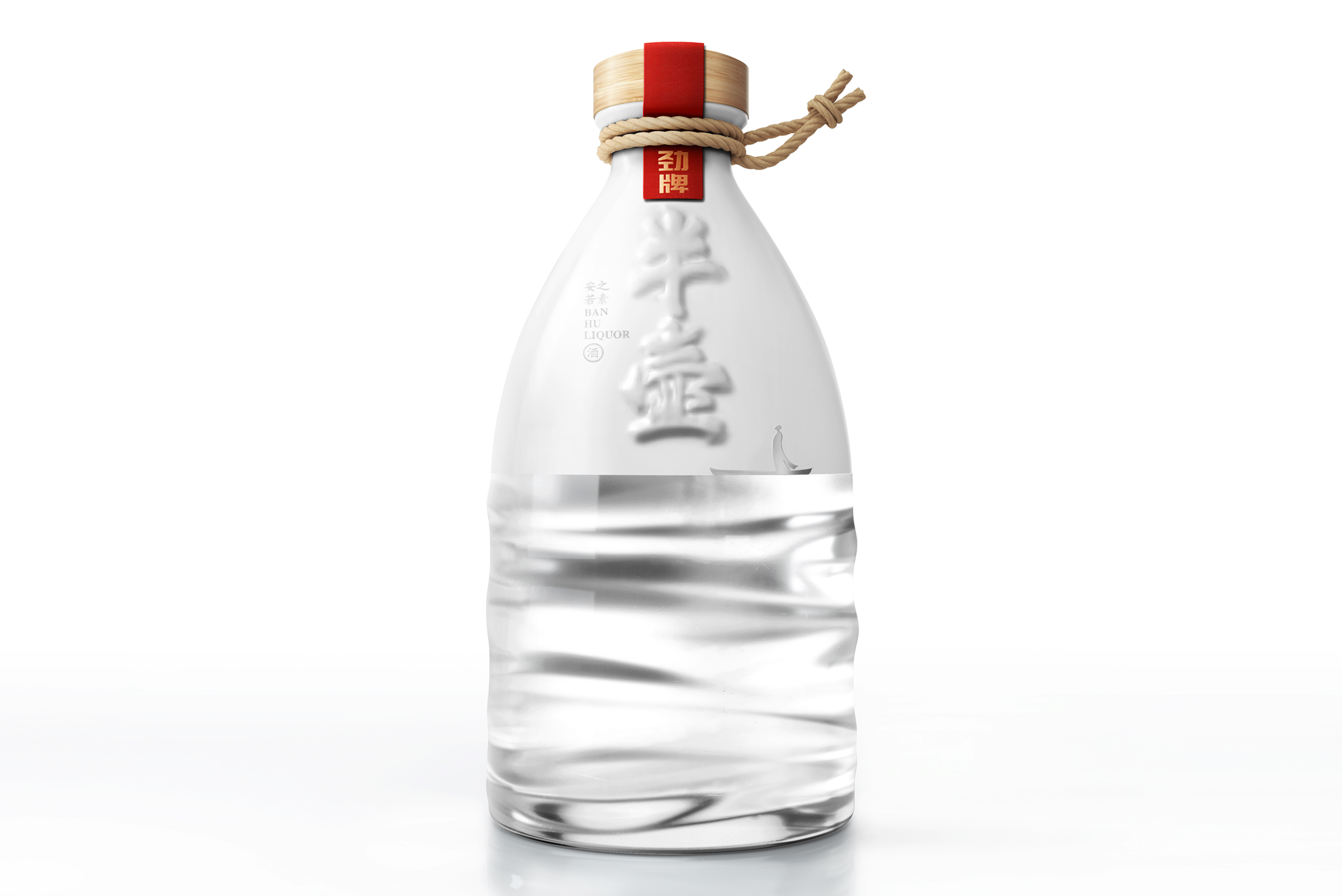 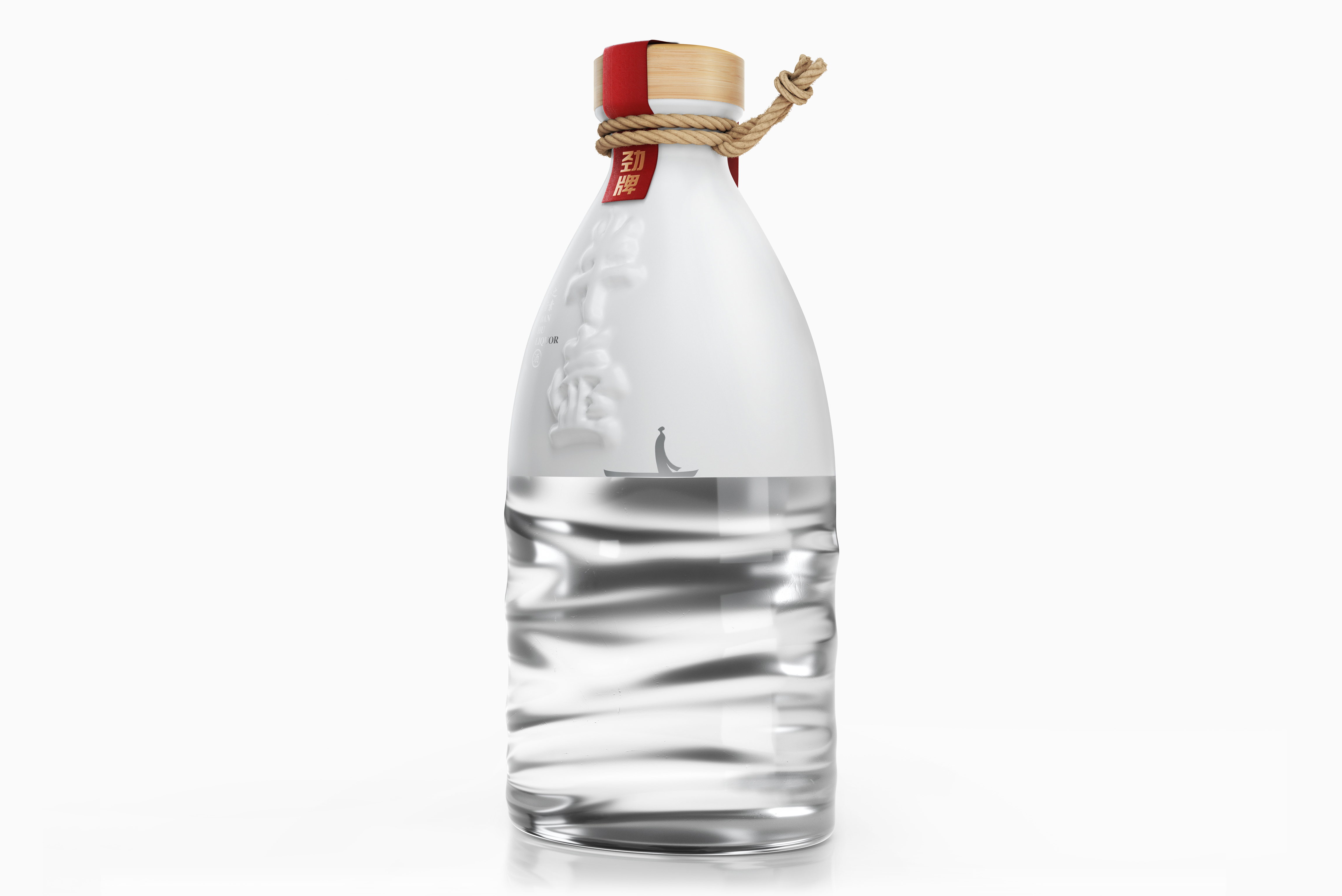 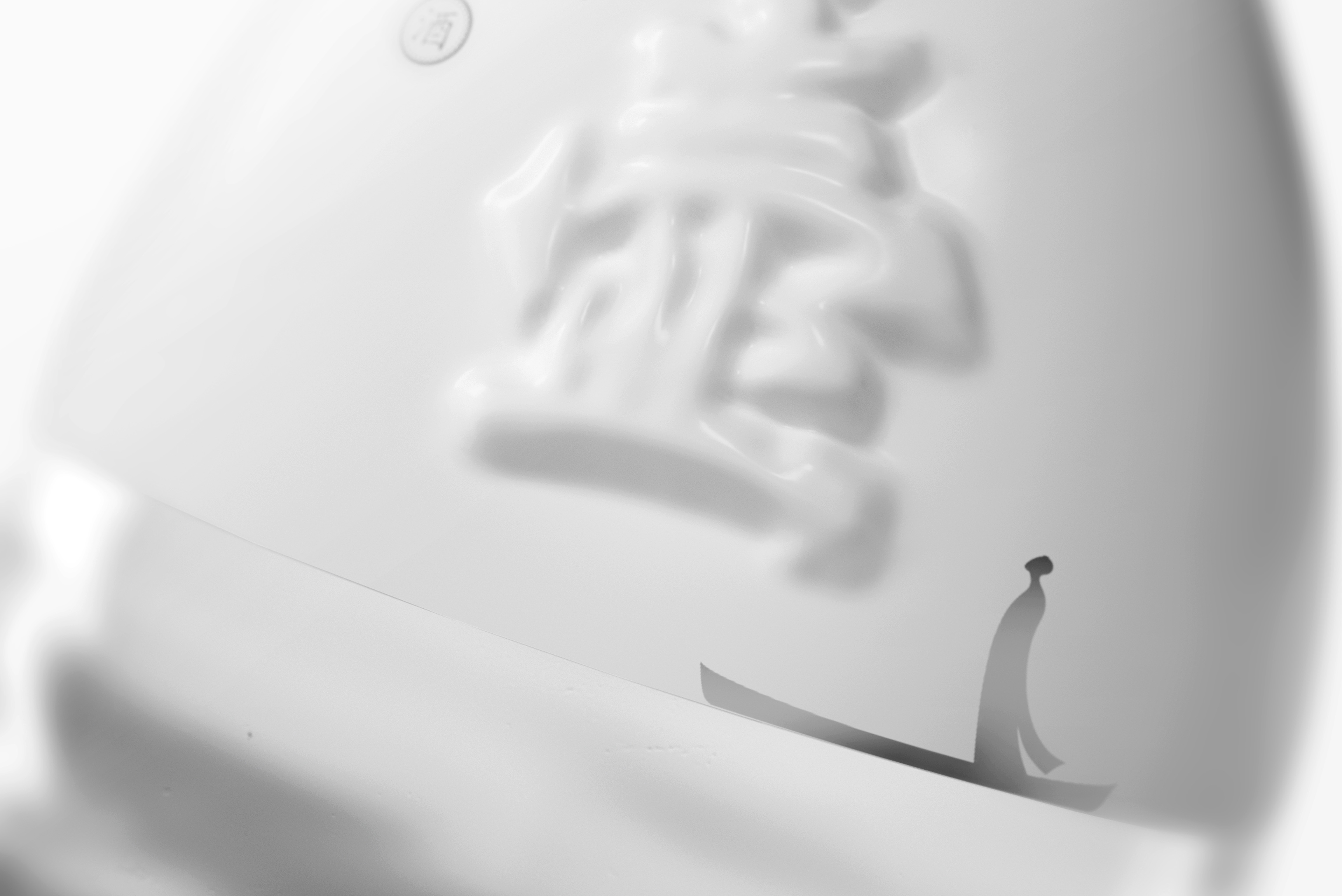 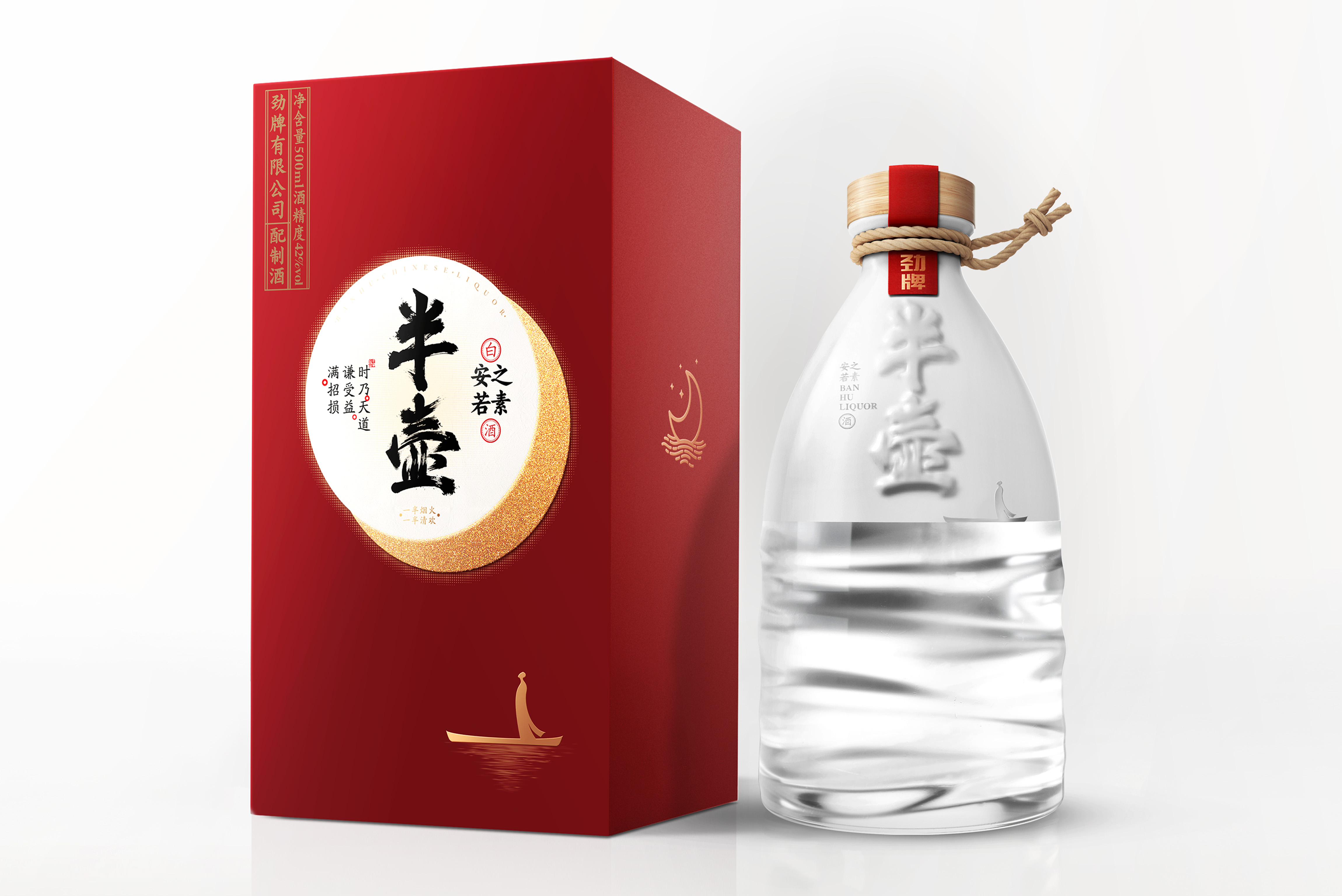 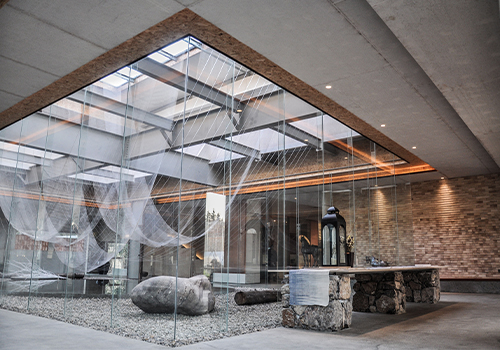 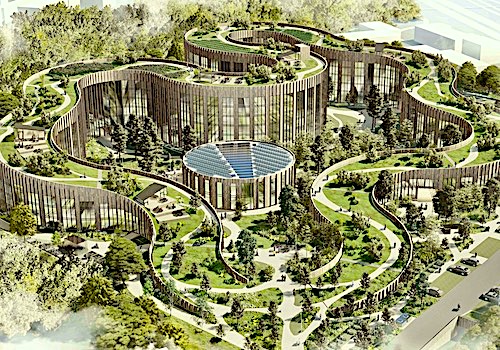 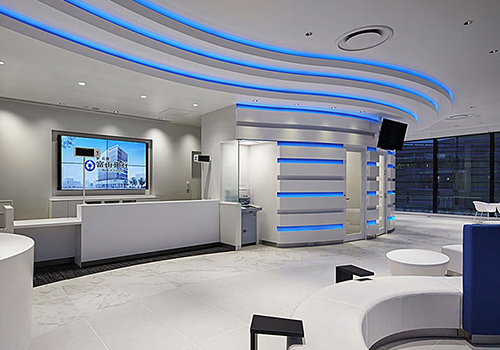 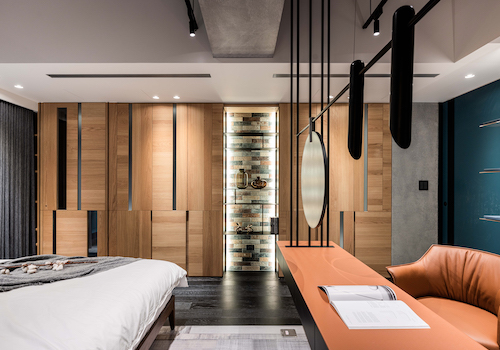