Yongqing Fang islocated in Enning Road, once the core area of old Guangzhou. Enning Road has been renovated, and gradually developed into a famous street full of time-honored brands that focuses on the tourism industry, even claimed as “the most beautiful old street in Guangzhou”. As one of the landmarks of Yongqing Fang, the Grand Theater is an important and representative part. Thus the client expected to make the building serve as the investment promotion center of the whole renovation project so as to revitalize the building. The designers used the contrast of the old and the new, the past and the present to renovate the interior space. At the same time, various elements like light and shadow, and reality and fantasy are applied into the design, because the designers hoped to integrate objects from different ages. In terms of space planning, boxes are used to form different functional divisions that can present changeable space structures while unifying the irregular spaces. The 1F is mainly used for project exhibitions. In order to bring out the best spatial layout, the designers specially placed the traditional Designers regional models on the wall to display, helping to enhance the stereoscopic effect of the entire models and leave more room for displaying others. And there were several door openings at the entrance of the original building, which were decorated with traditional wooden screen doors with Chinese characteristics before renovation. Since the designers hope to impress visitors with greater visual impact, frosted steel is put into use as the door frame combined with transparent glass, thereby combining the indoor and outdoor landscape. Especially at night, the pedestrians on the street would be easily attracted by the indoor space when the light is on. As for the second floor, it is primarily designed for negotiation. The designers hoped to create a space that is different from the first floor. Hence, the atmosphere of warmth and comfort is the key of the design. Wooden plates and white color collaboratively create a minimalistic multi-functional space that is comfortable and suitable for negotiation and exhibition. 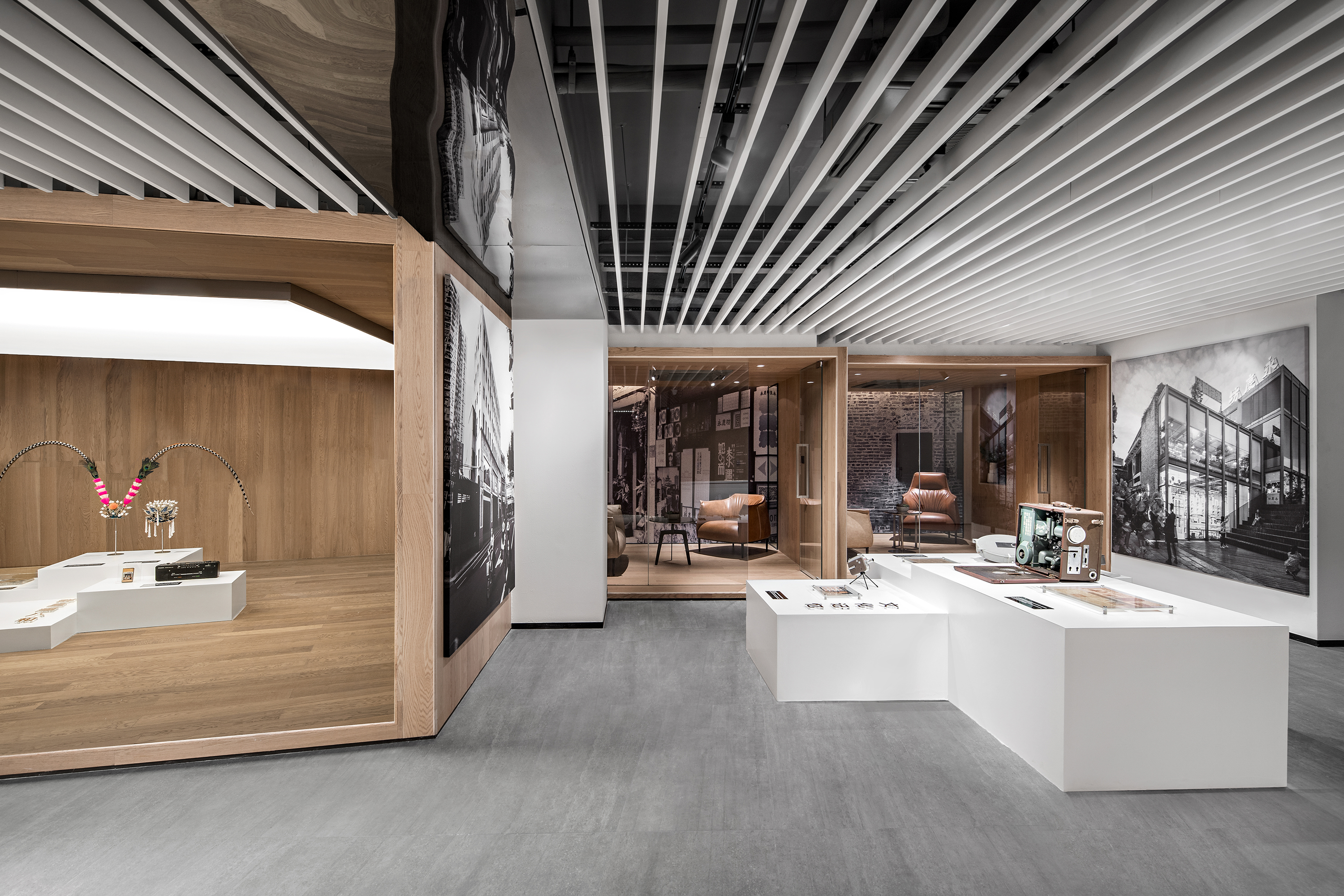 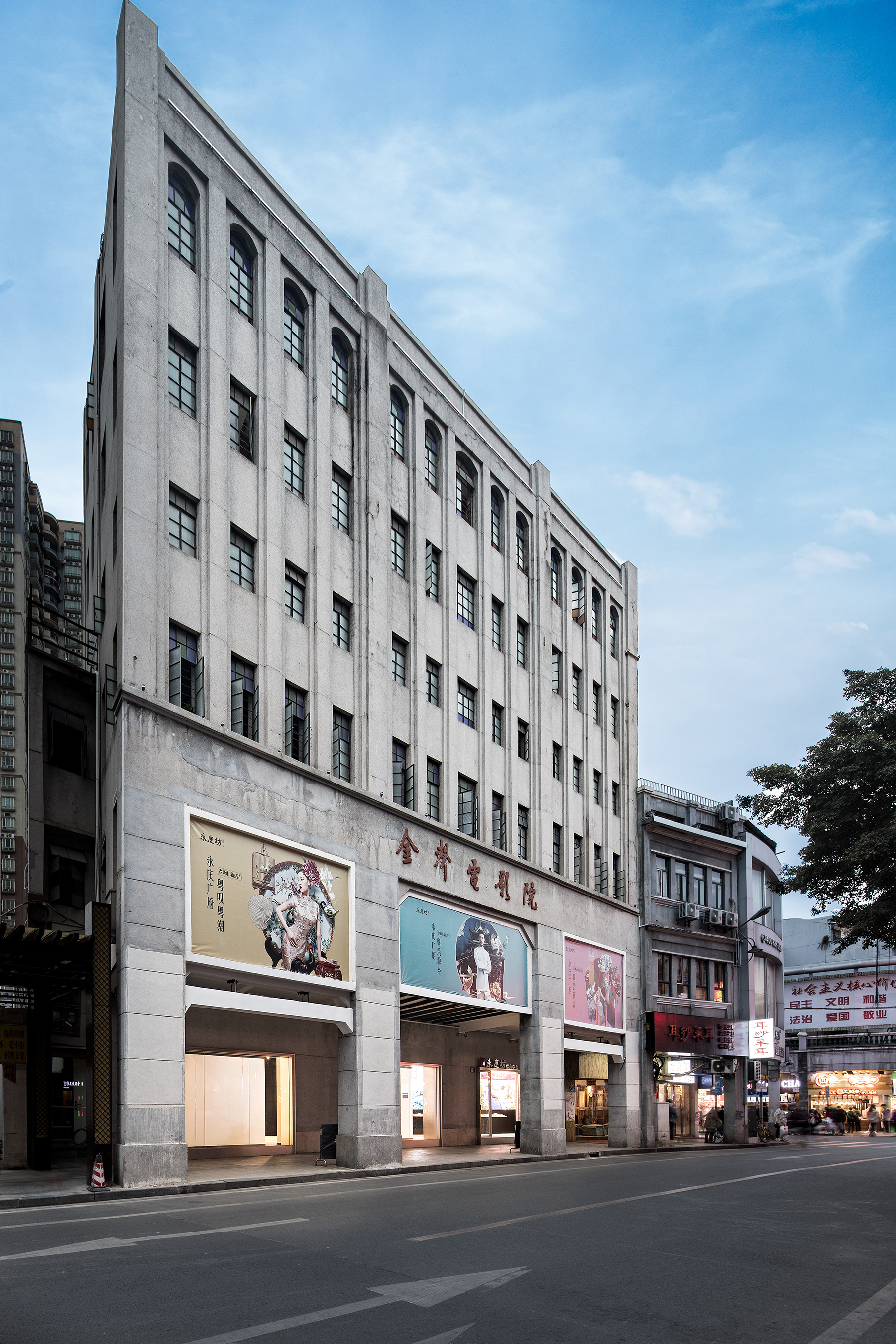 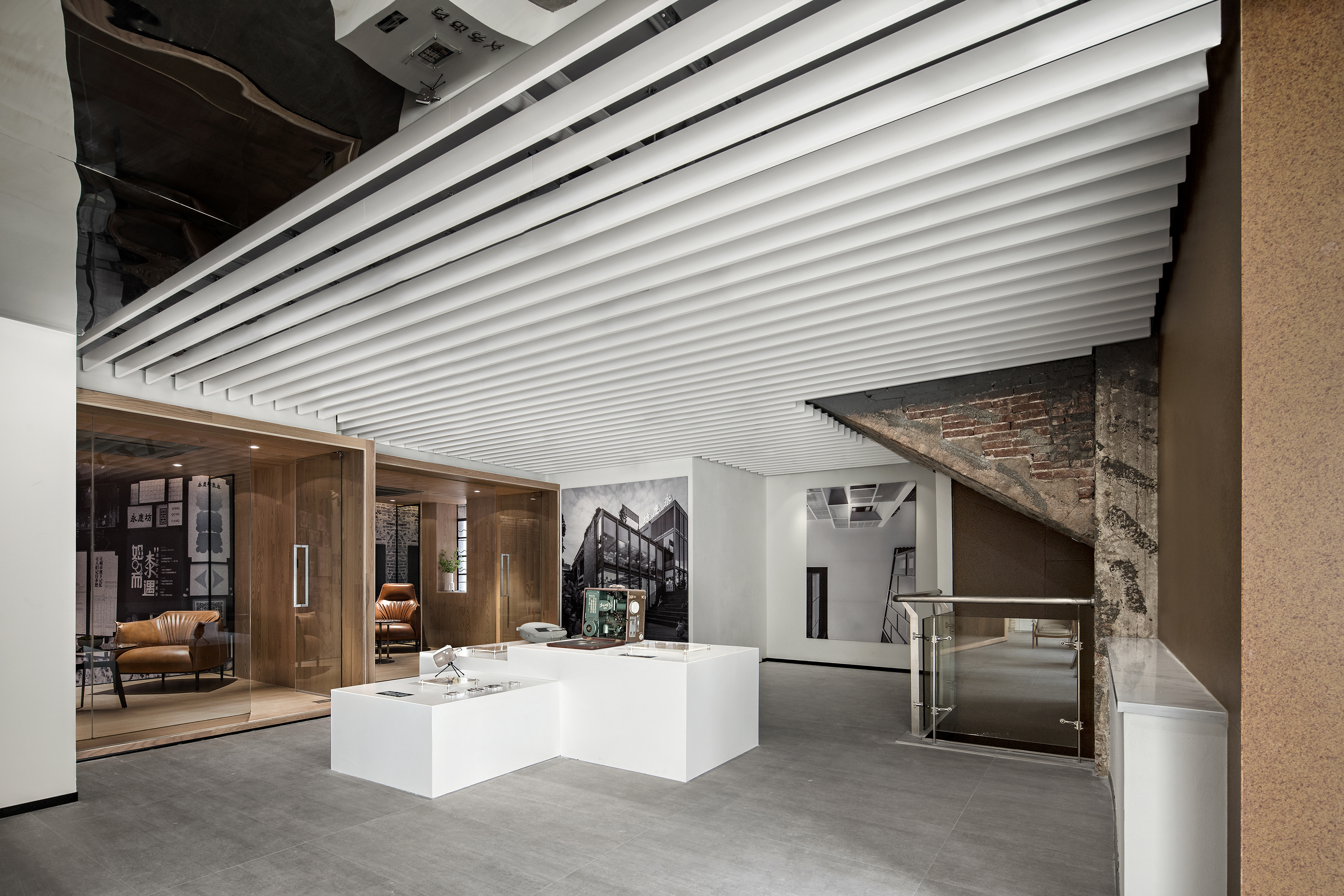 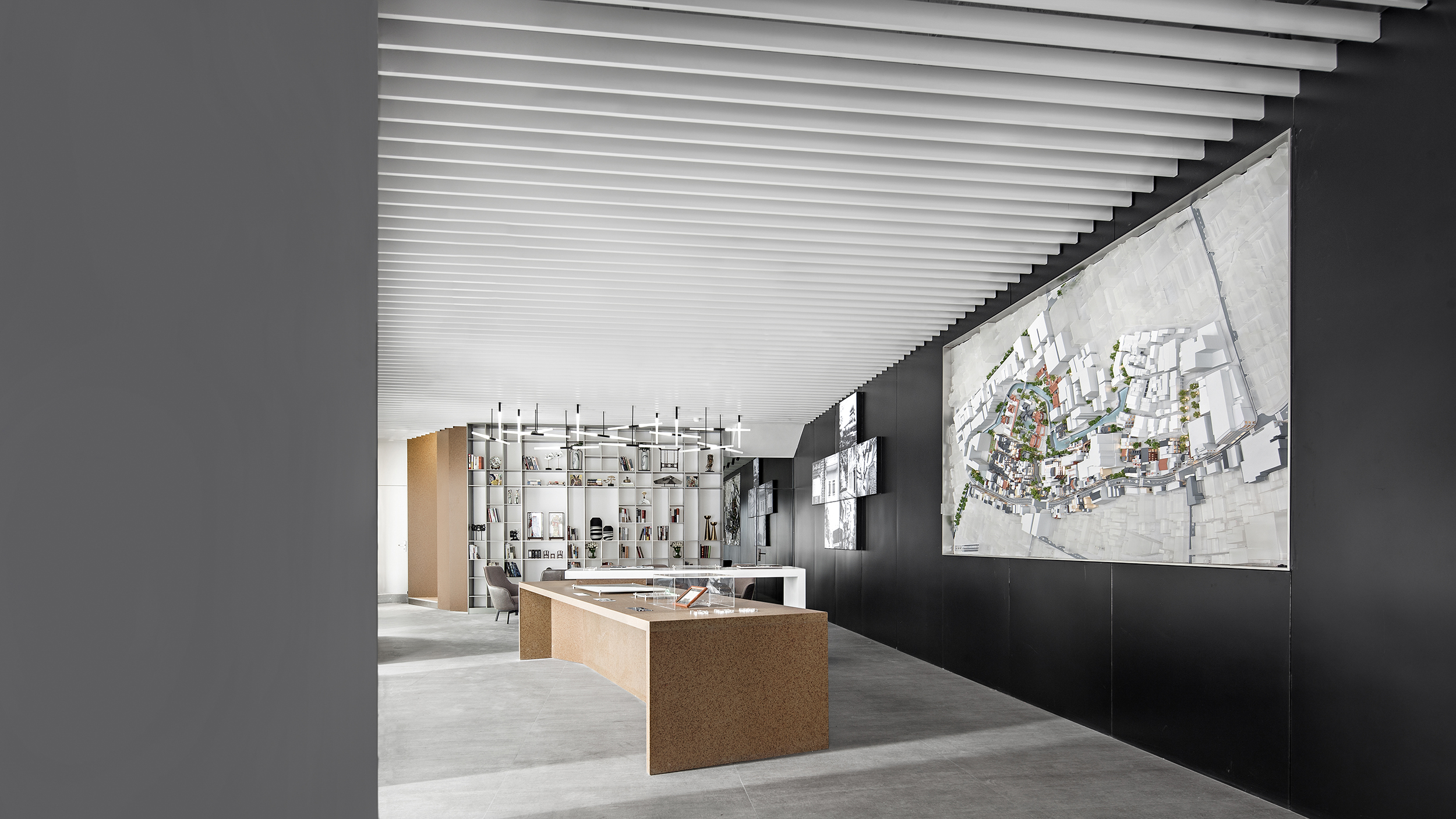 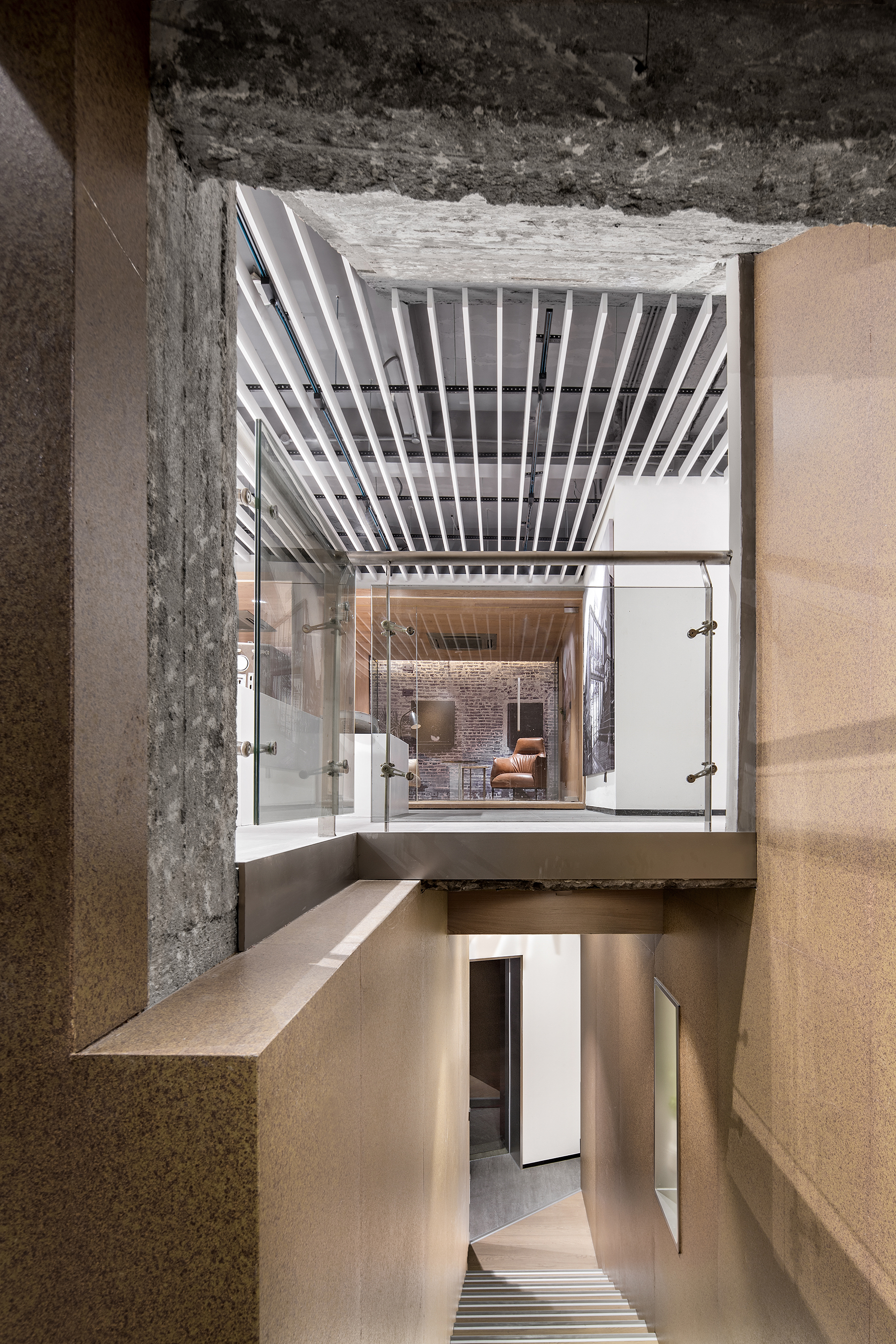 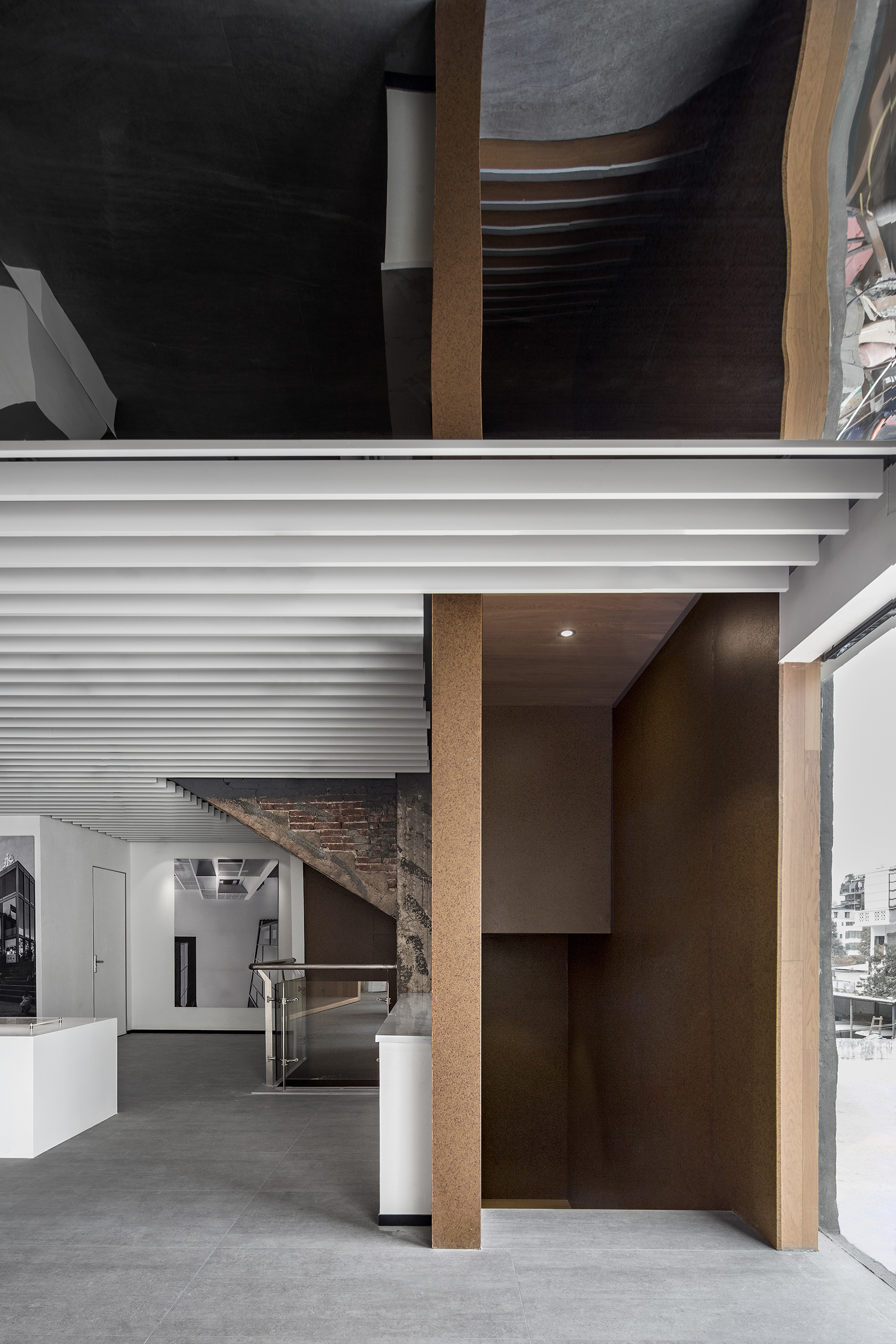 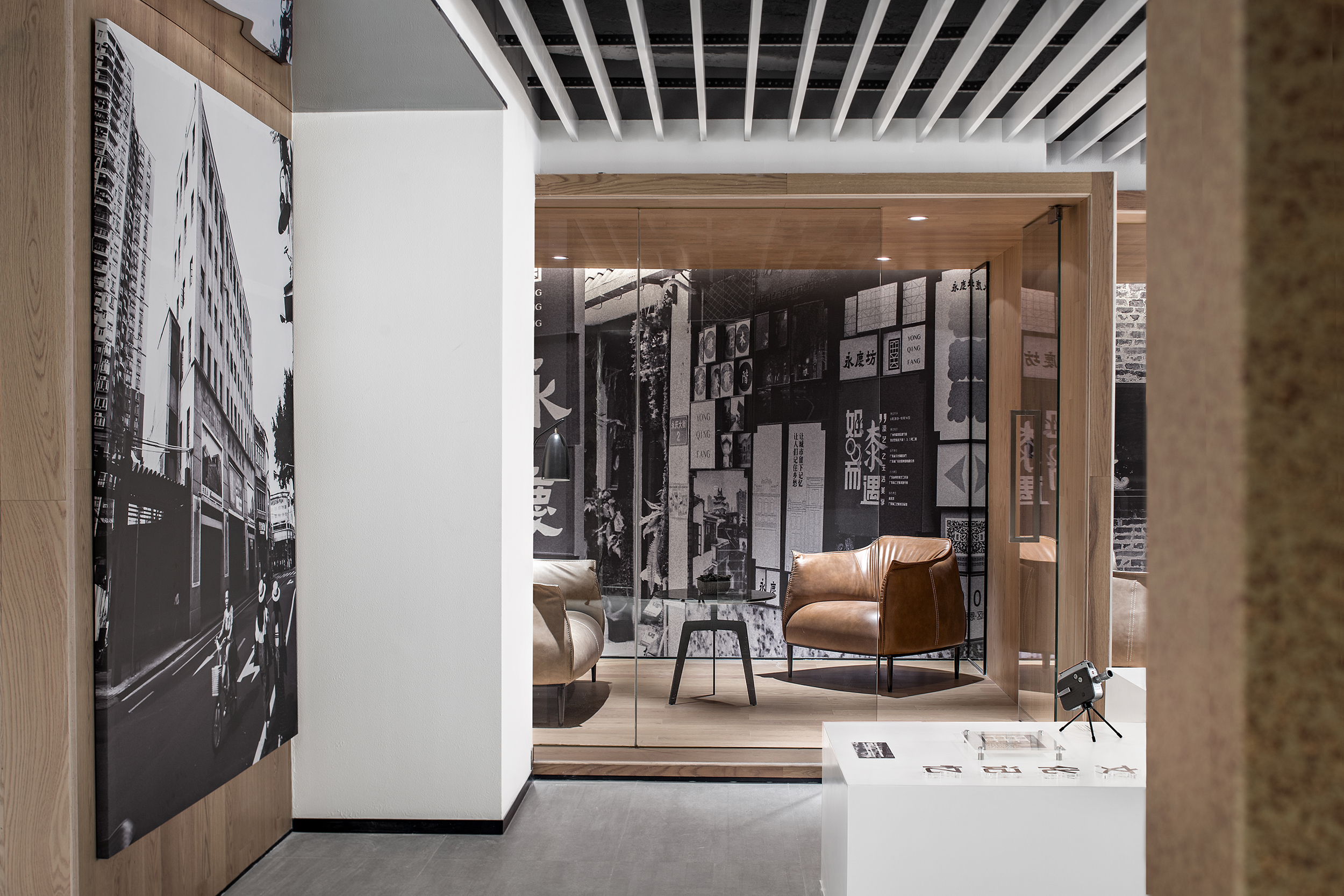 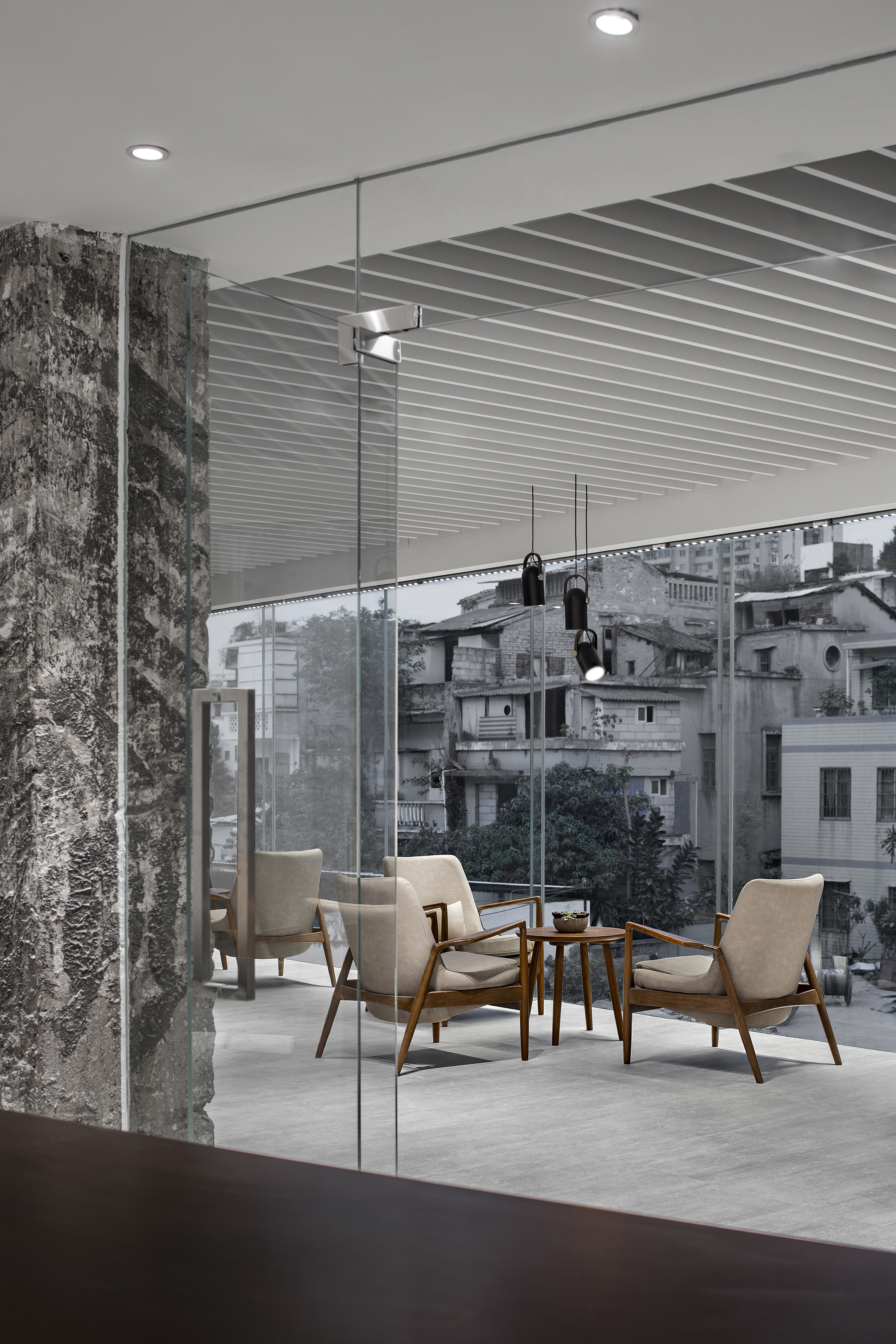 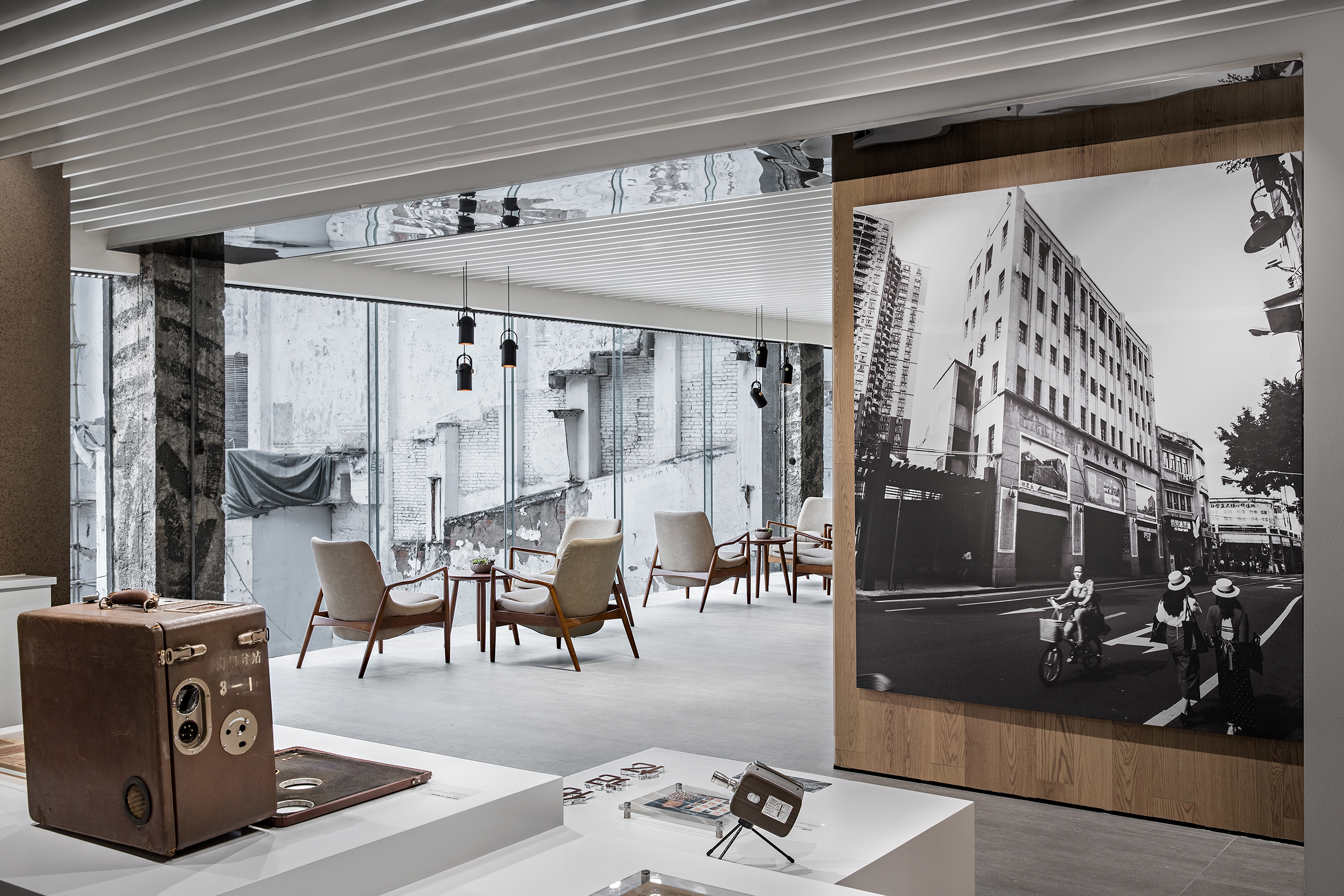 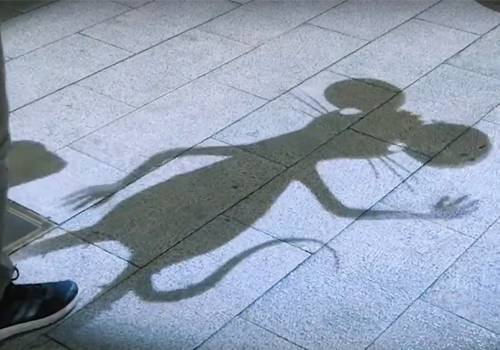 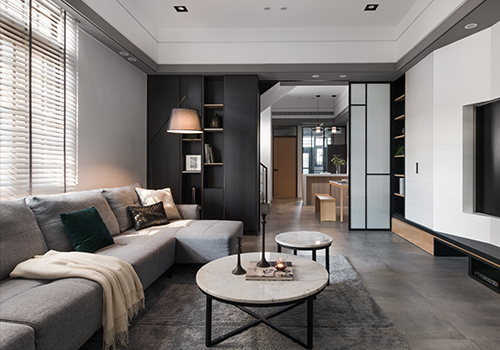 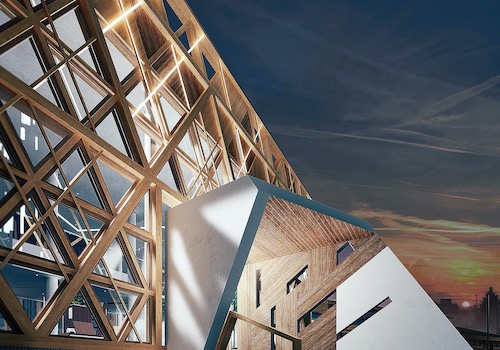 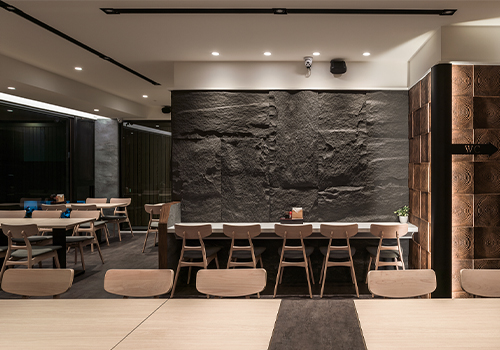