The base of the project is near Da Long Dong and Da Dao Cheng precinct, which is used to be the foreign trade distribution center. Take the notion of the background, the design team tried to plan the layout of wharf feature: the busy transportation workers, the cargo loading in and out of the warehouses, and the British and American businesspeople - take advantages of the Britain-American style, perfectly bring about the heyday scenes, furthermore, put some striking young elements into the space, hence creates a vivid and cultured tone. We valued the details of the image application of the project, such as the large clock relief that casts the shape of the rainbow; and we also transformed the original wooden walkway on the floor to the ceiling pattern. All above that manifest the characters of "handing out" and "ease up". Furthermore, to interpret the impact of the design concept onto the solid construction, as well to provide a soothe domain for the designer and the guests of whimsical interaction. In view of the location of the base, we add young elements with the vintage spirit, and merge the Britain-American style with the Loft style, moreover set up the function cabinet of bright hue, so that brings about the striking points of the vivid atmosphere. The neutral grey PVC tiles of imitate cement texture bring out the relaxing tone; on the other hand, the timbers of deep tinge work in concert with rusted tiles and a dark mirror that gives people stunning vision. By means of the combined factors, hence creates the charm touching everywhere. 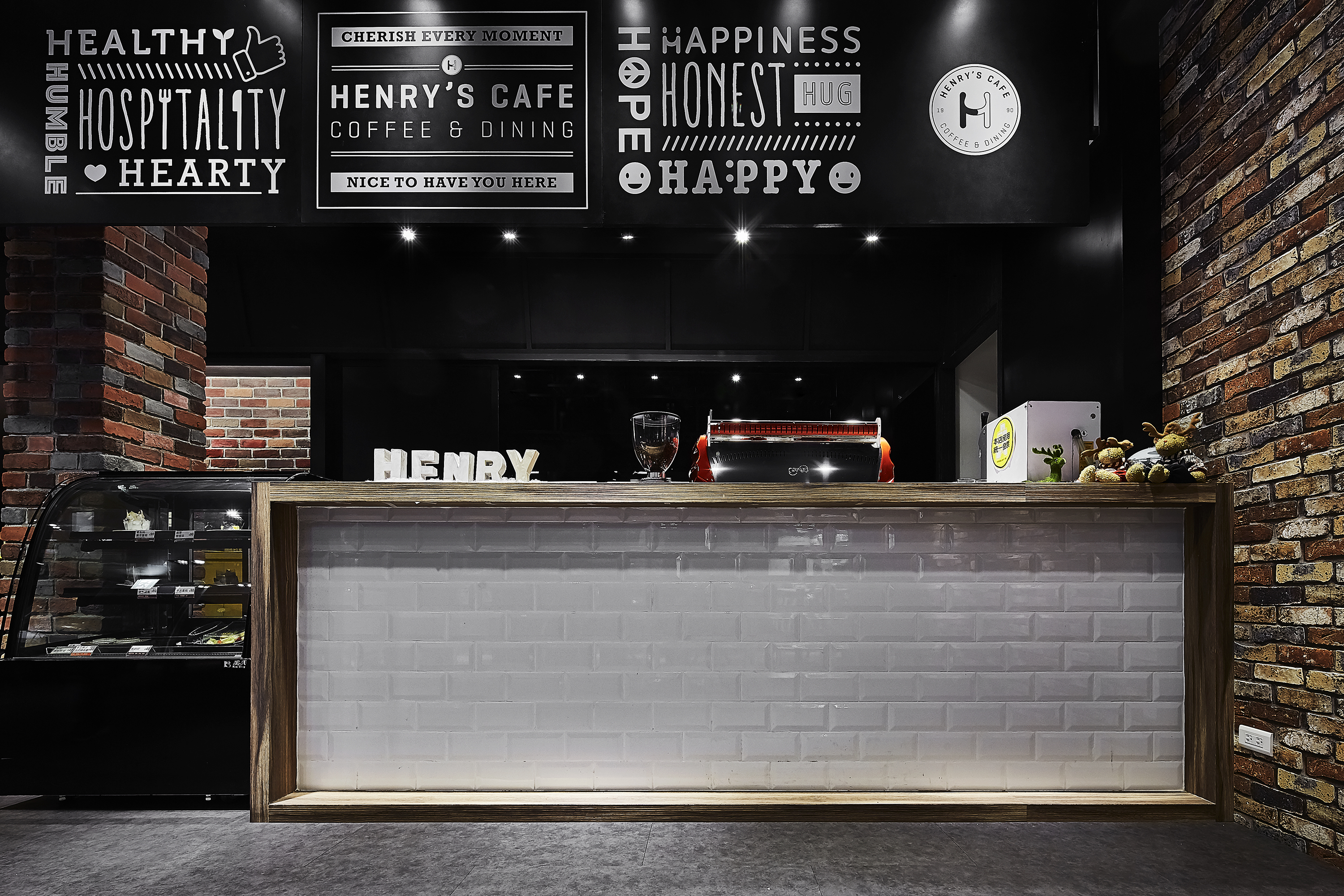 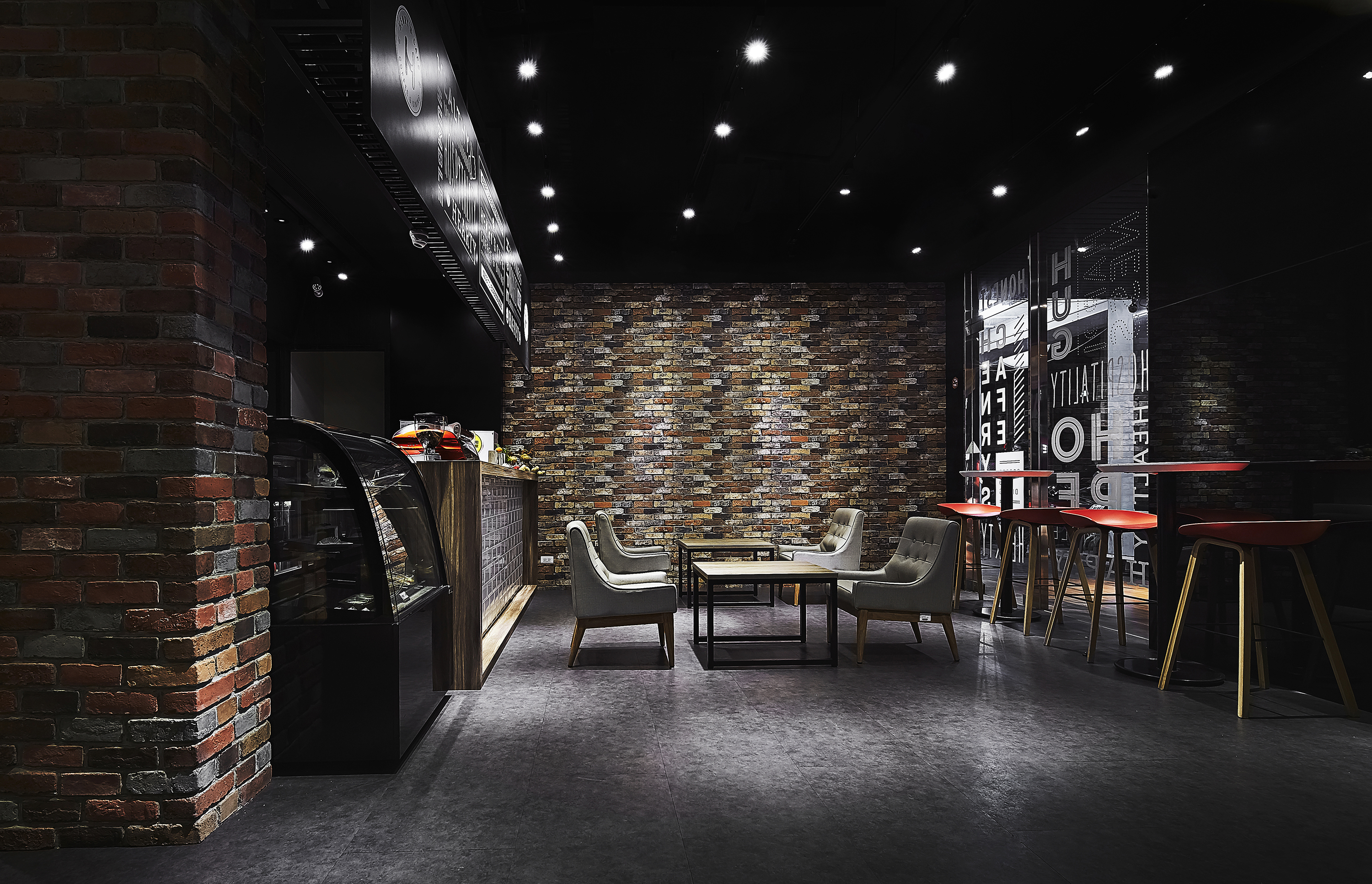 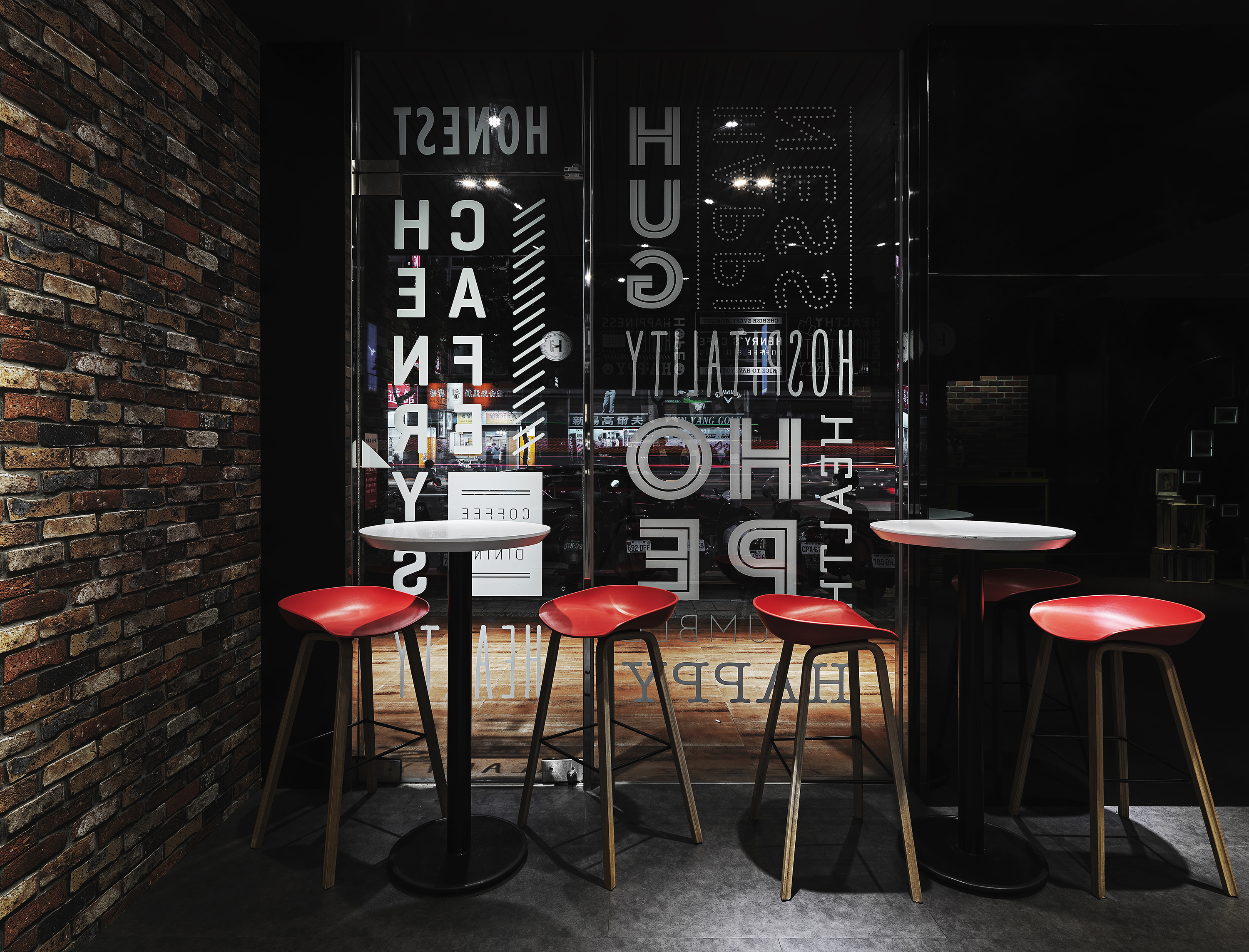 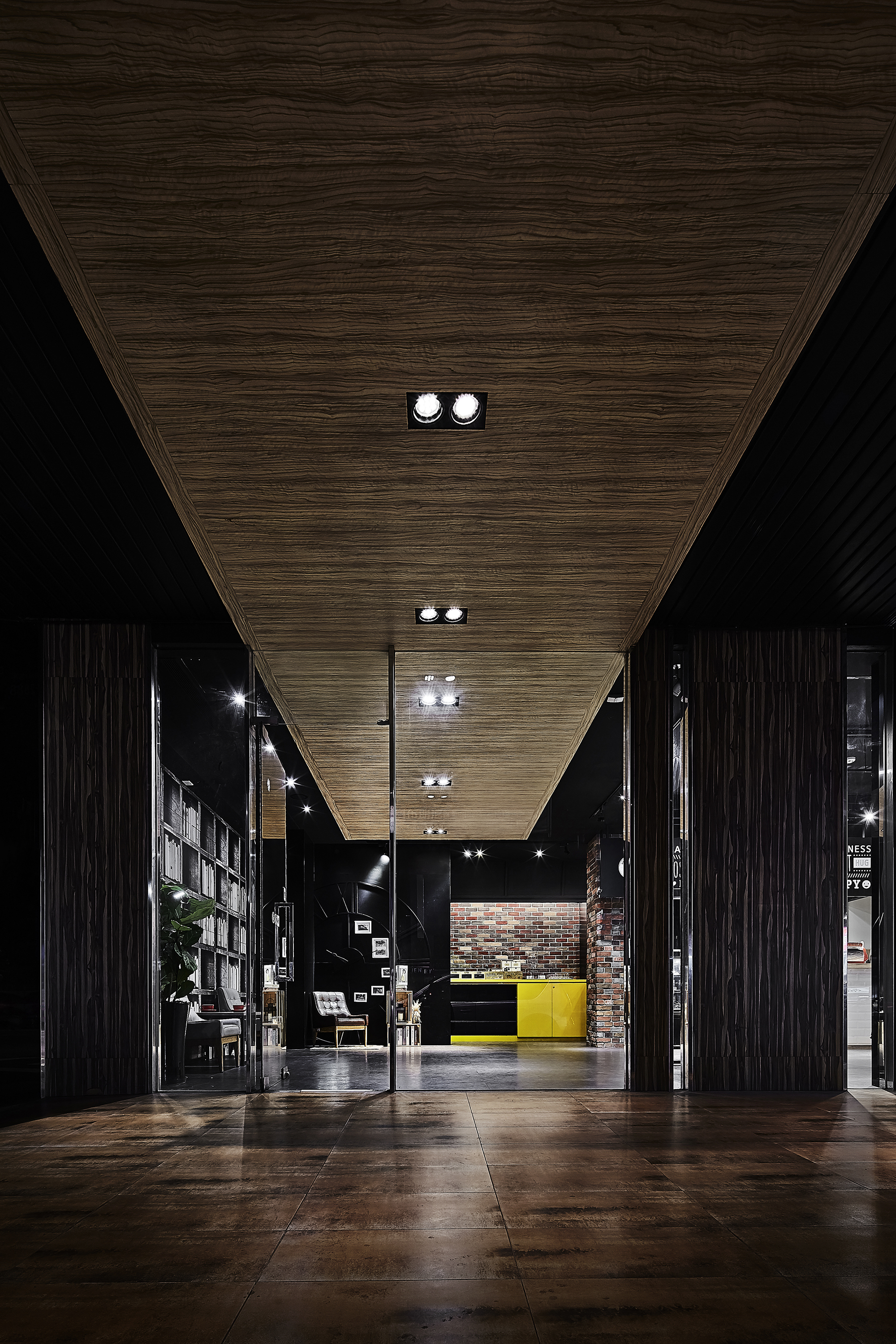 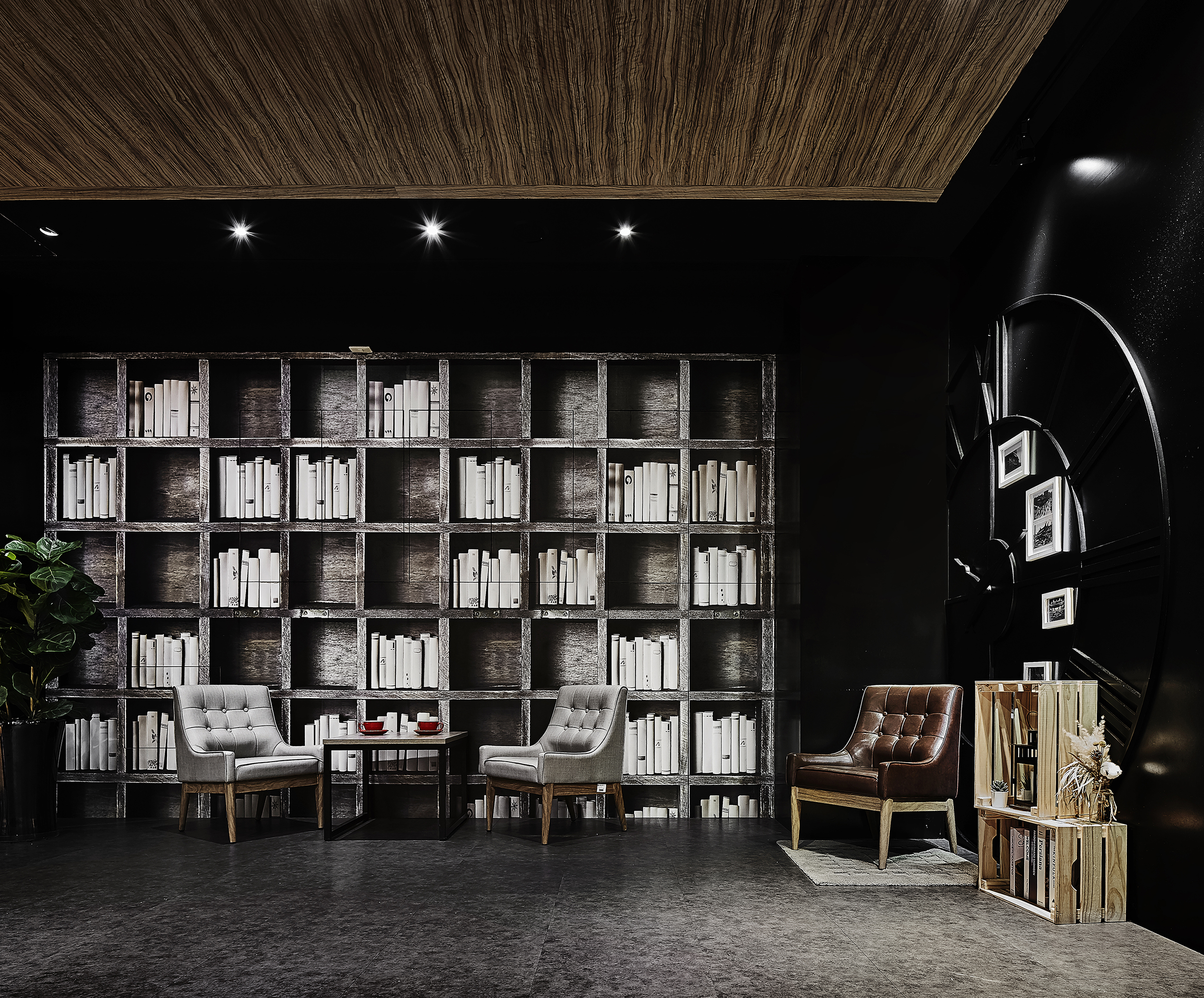 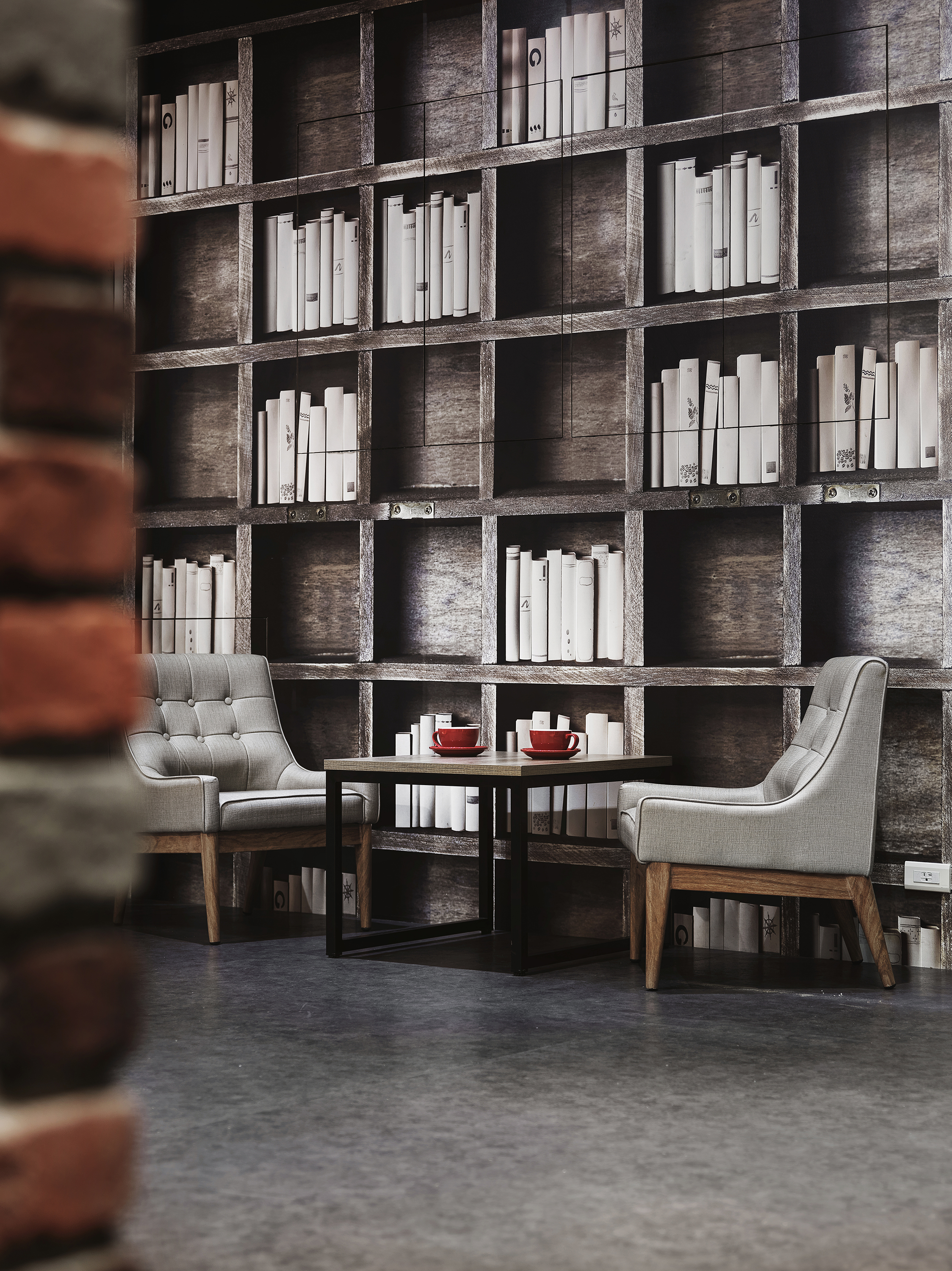 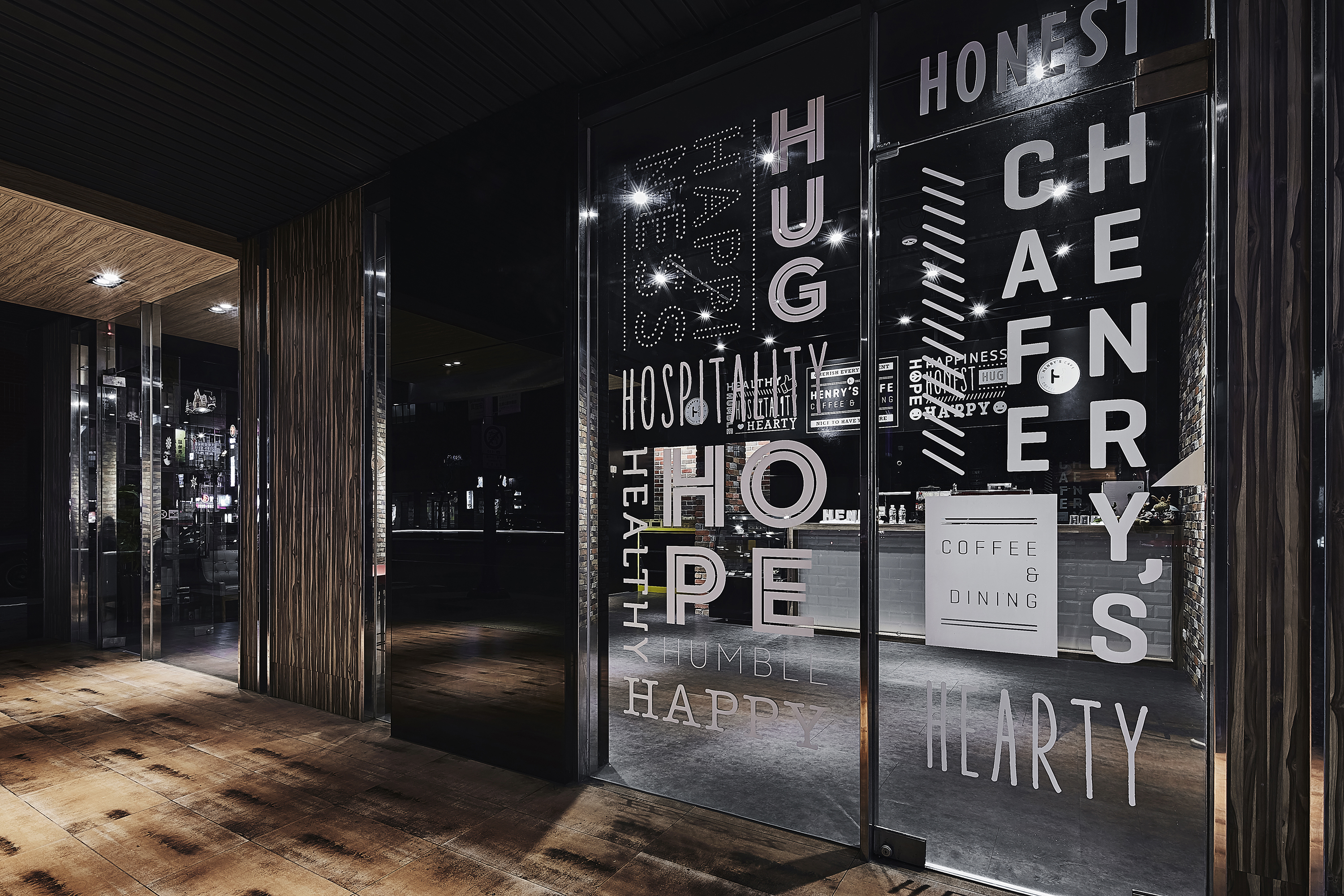 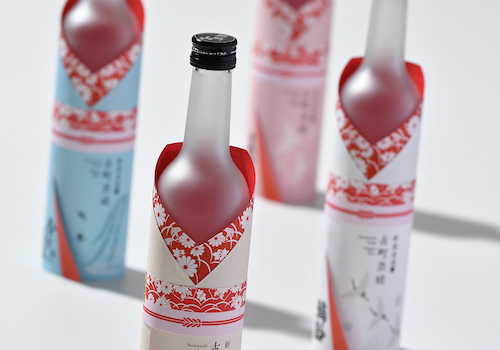 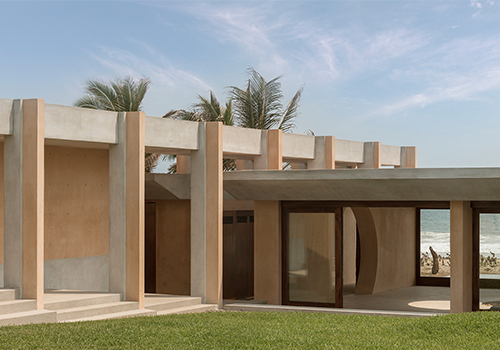 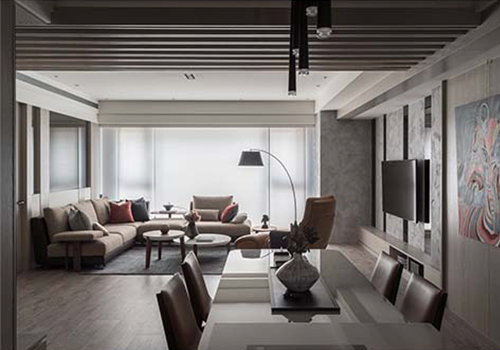 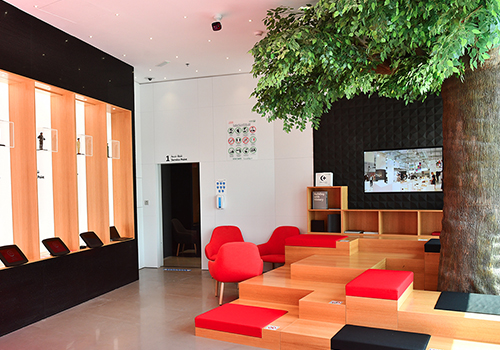