Airport New Town, situated at the flourishing south bank of Qiantang River, it's promoting airport-oriented development in tune with the times. Minimalism is a kind of lifestyle aesthetics that weeds out the superfluous and returns to the original simplicity. As approaching the project, designers broke the boundaries of space based on human scale, and adopted the approach of deconstruction to incorporate modern artistic aesthetics into the design, hence created a simplistic and pure aesthetic space. In the foyer, light hues and curves generate an ethereal atmosphere. Embedded on the curved structural surfaces, the strip lights appear neat and clear. The lobby is dominated by holistic structural languages and fluidity. It features a smooth circulation and large areas of white surfaces, which endow the space with an artistic aesthetic. Large French windows bring nature into the interior, with lights running through it. The negotiation area is beside French windows. The columns featuring curved surfaces partition different sections to satisfy various negotiation needs. The passage, which is next to the secondary entrance, is separated from the negotiation area by curved panels. The bar counter has a three-layer curved side surface, which echoes with the structural languages of the overall space. Lines run through the ceiling, and hence enhance the layering of the space. The VIP negotiation area at the corner is semi-closed, which ensures privacy while not blocking the view at the same time. The spiral staircase lead to the second floor, accompanied by white lines and complemented by the artistic lighting fixture. 2F mainly serves leisure and negotiation purposes, with warm hues setting the overall tone. On one side of the staircase are the tea-drinking area, conference room, VIP reception room and office, while the leisure area is on the other side. The two-layered black and white reception desk is placed right near the staircase, for the sake of guiding visitors. The resting & communication section enjoys abundant daylight, with columns and ceiling lines marking off different functional areas. Based on fabulous artistic aesthetics, the sales center incorporates diverse experiences, and sets a forward-looking example for new urban lifestyles. 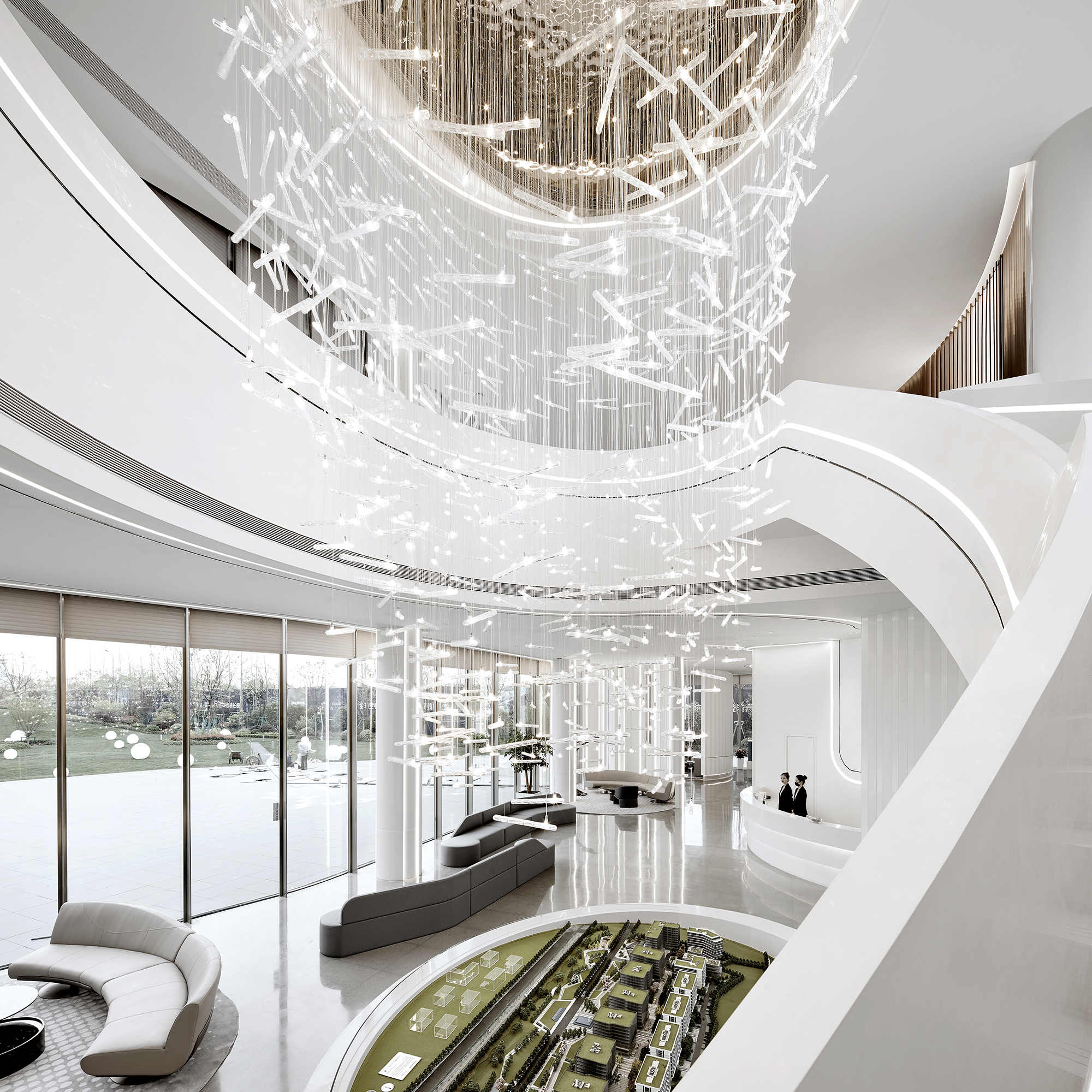 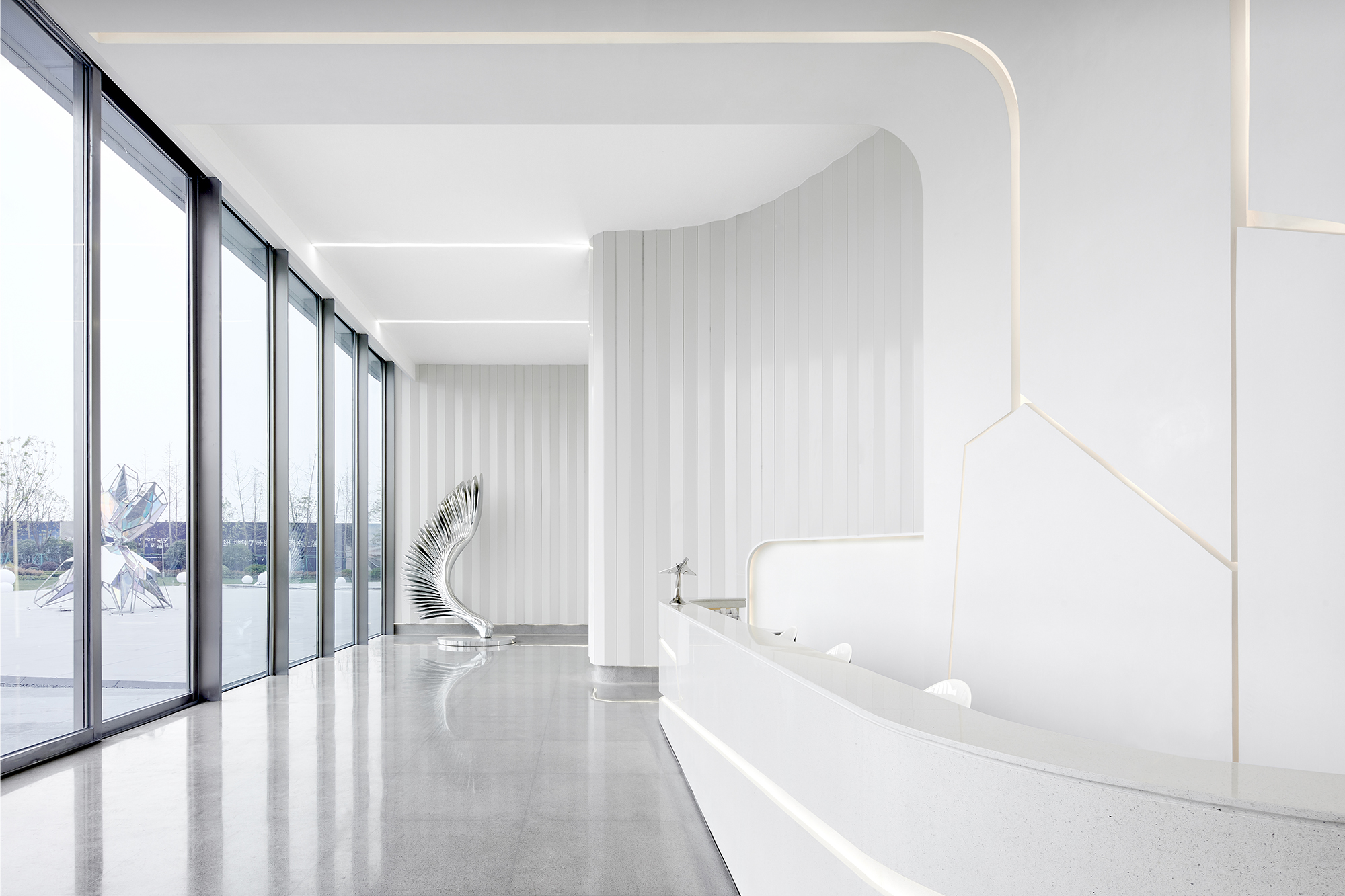 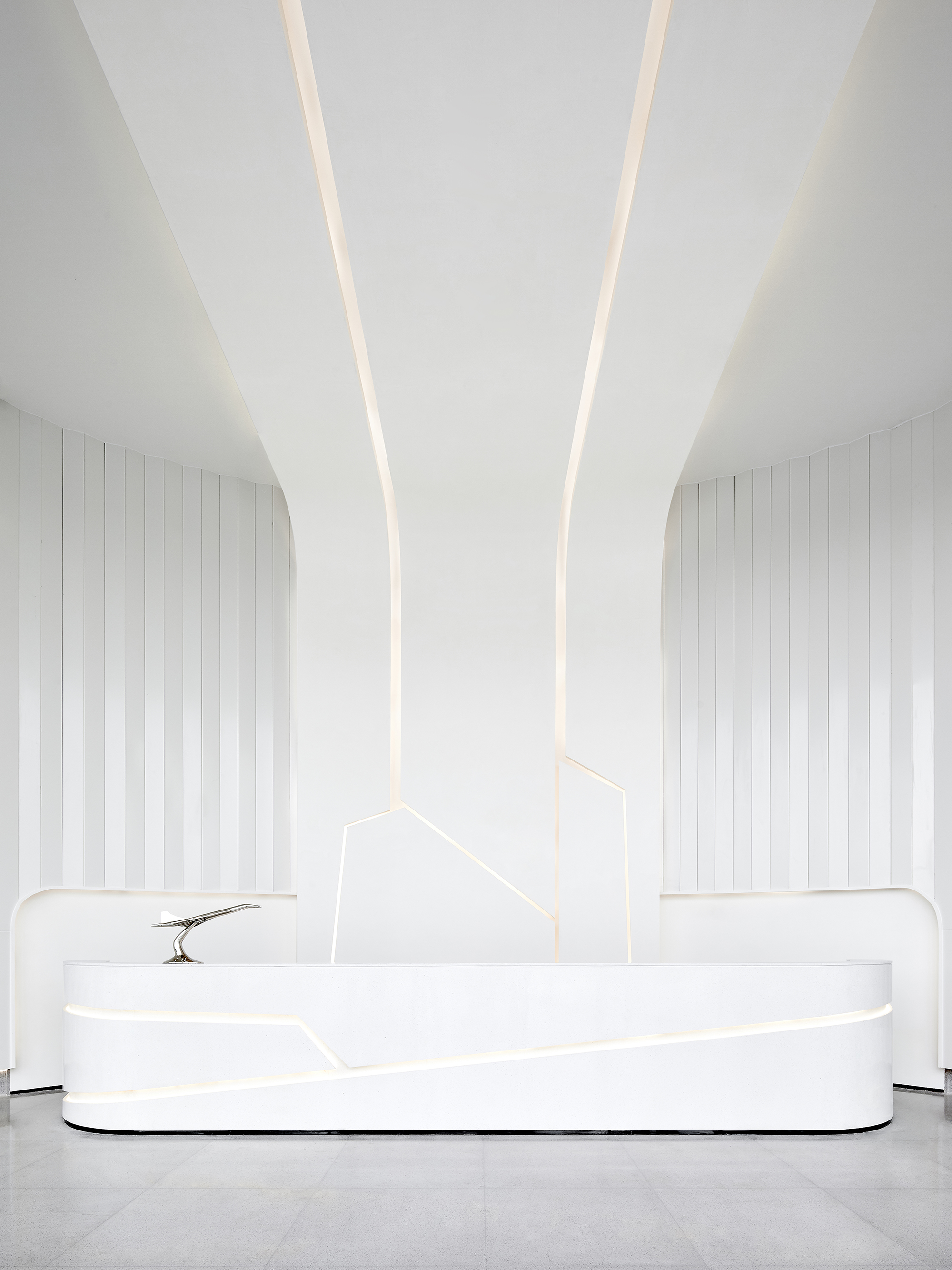 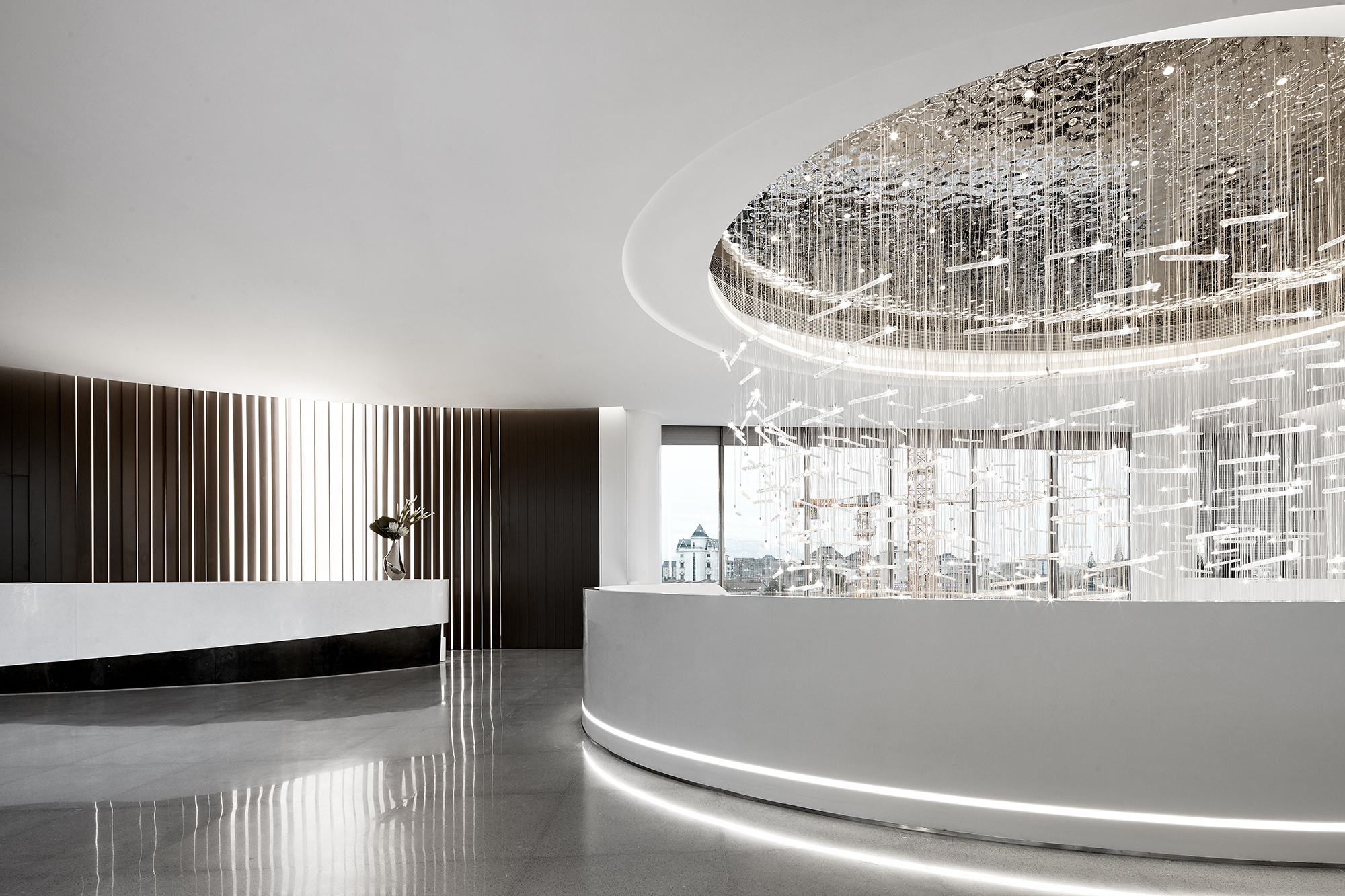 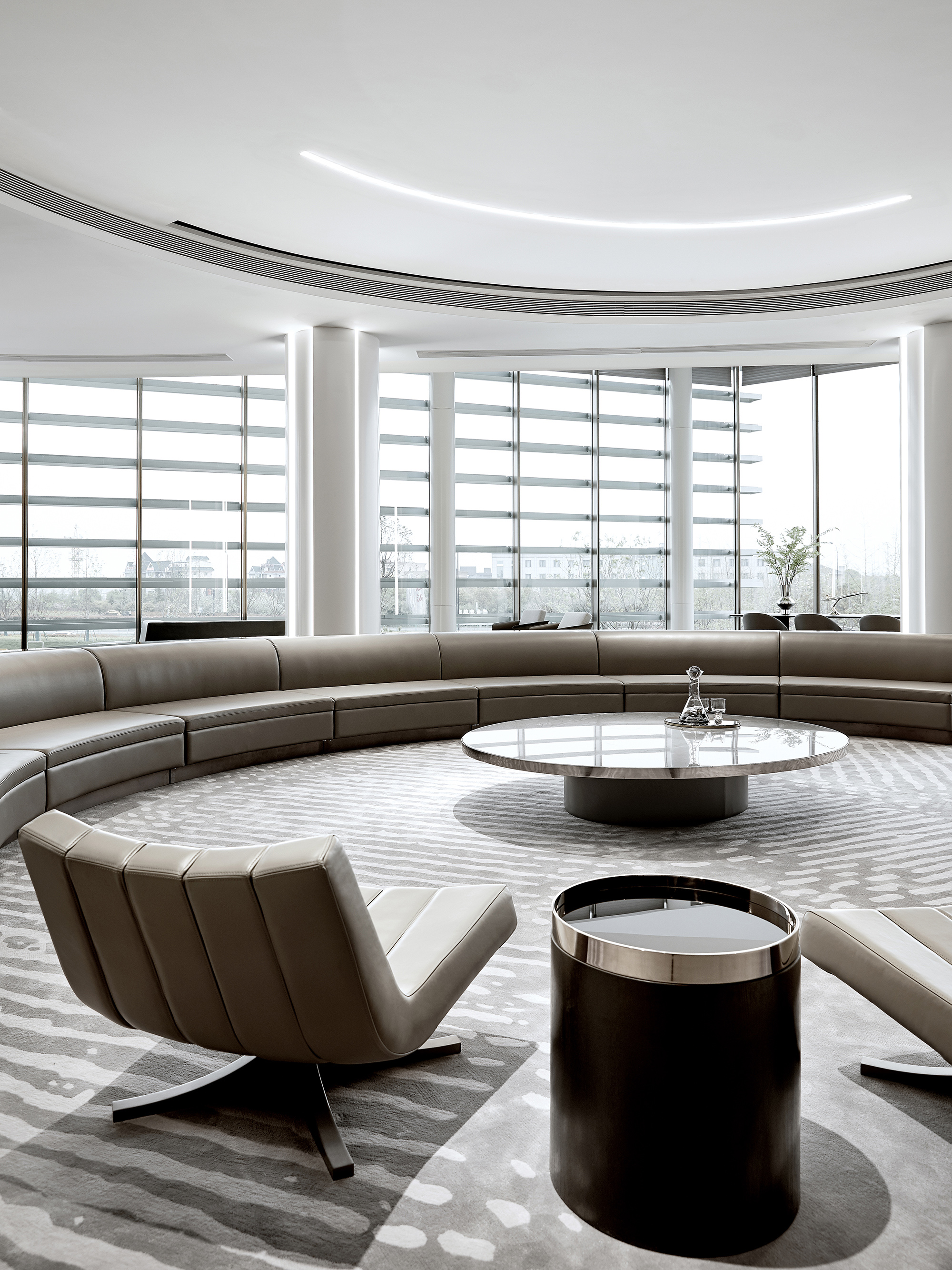 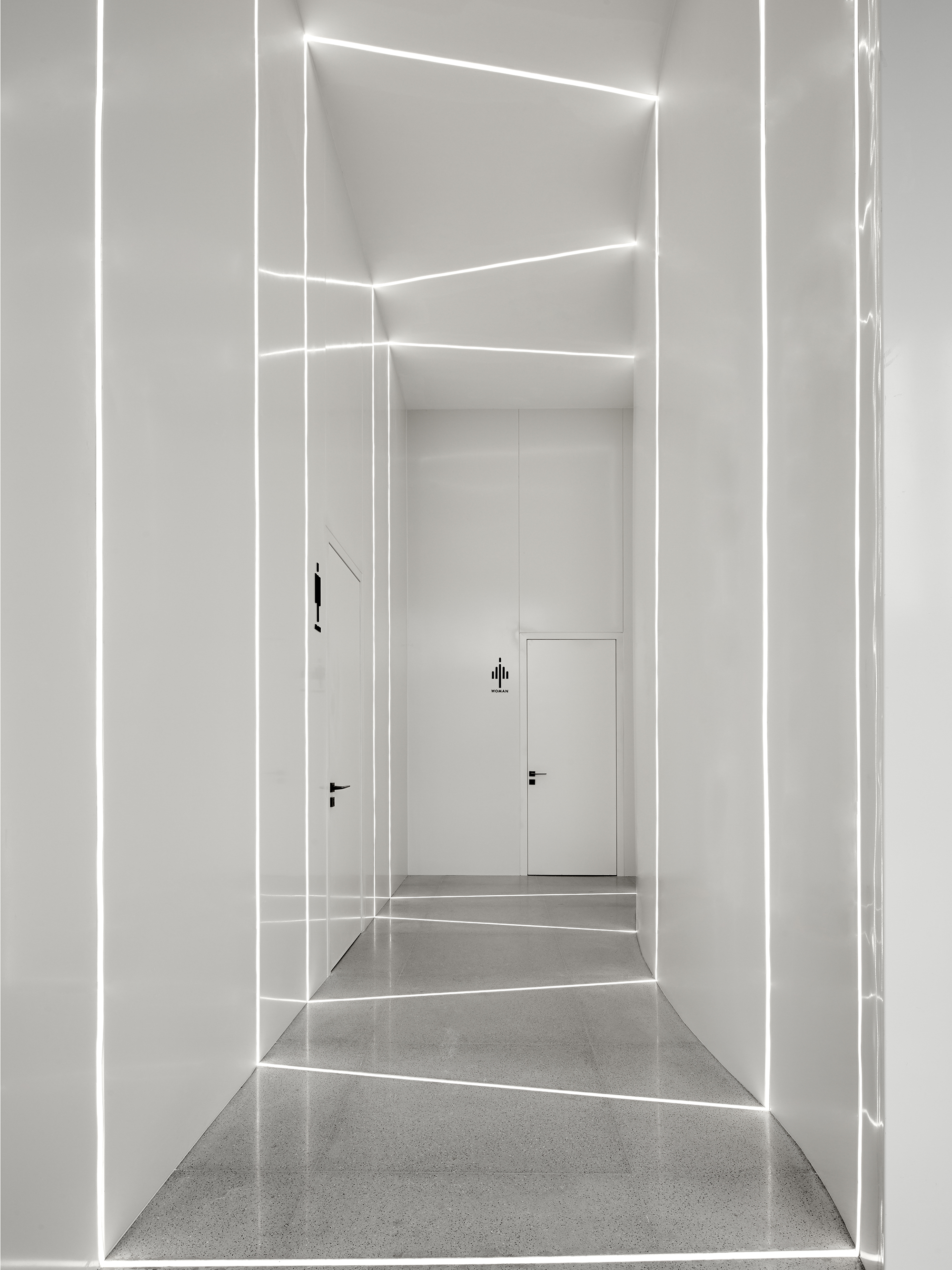 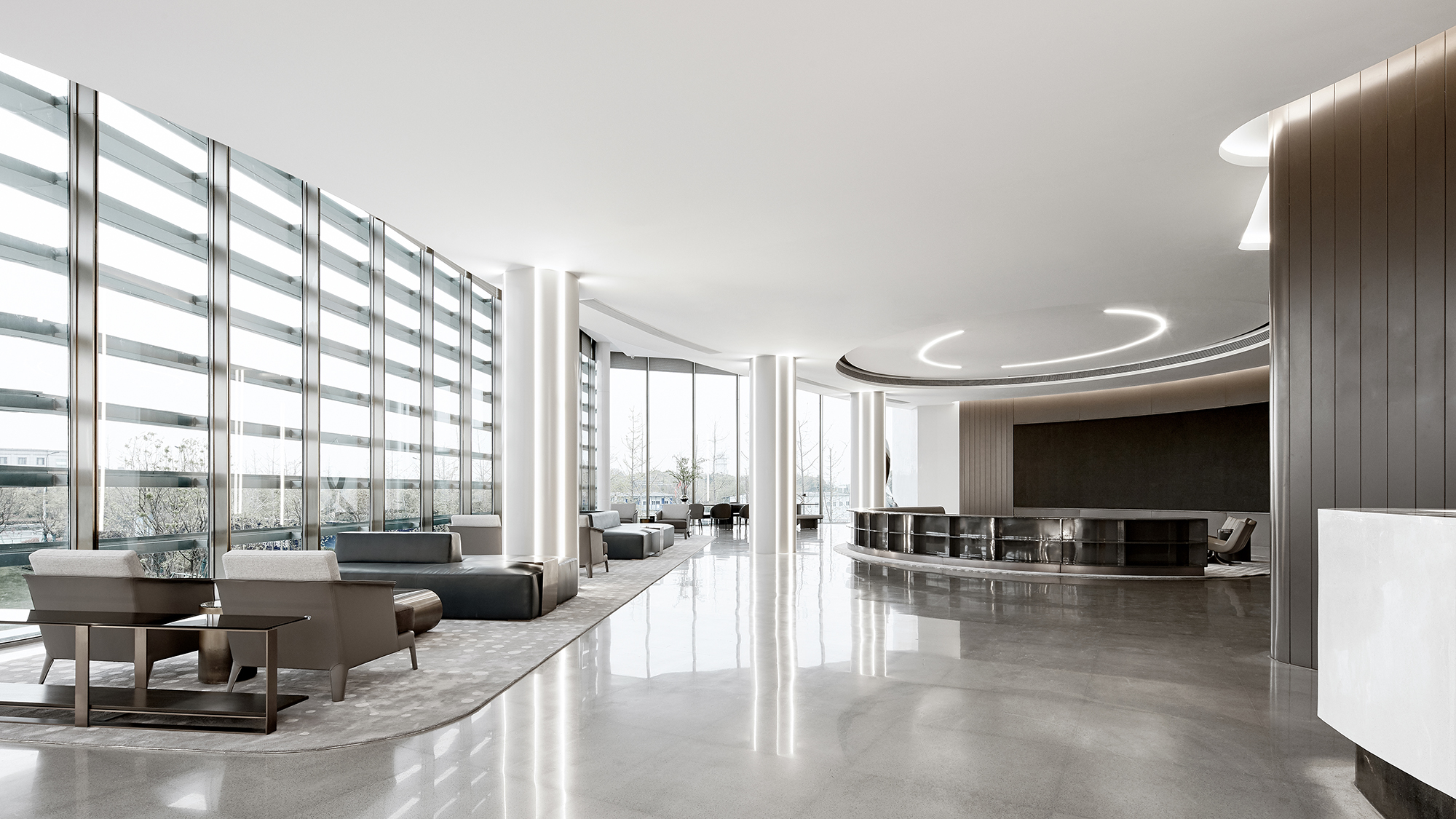 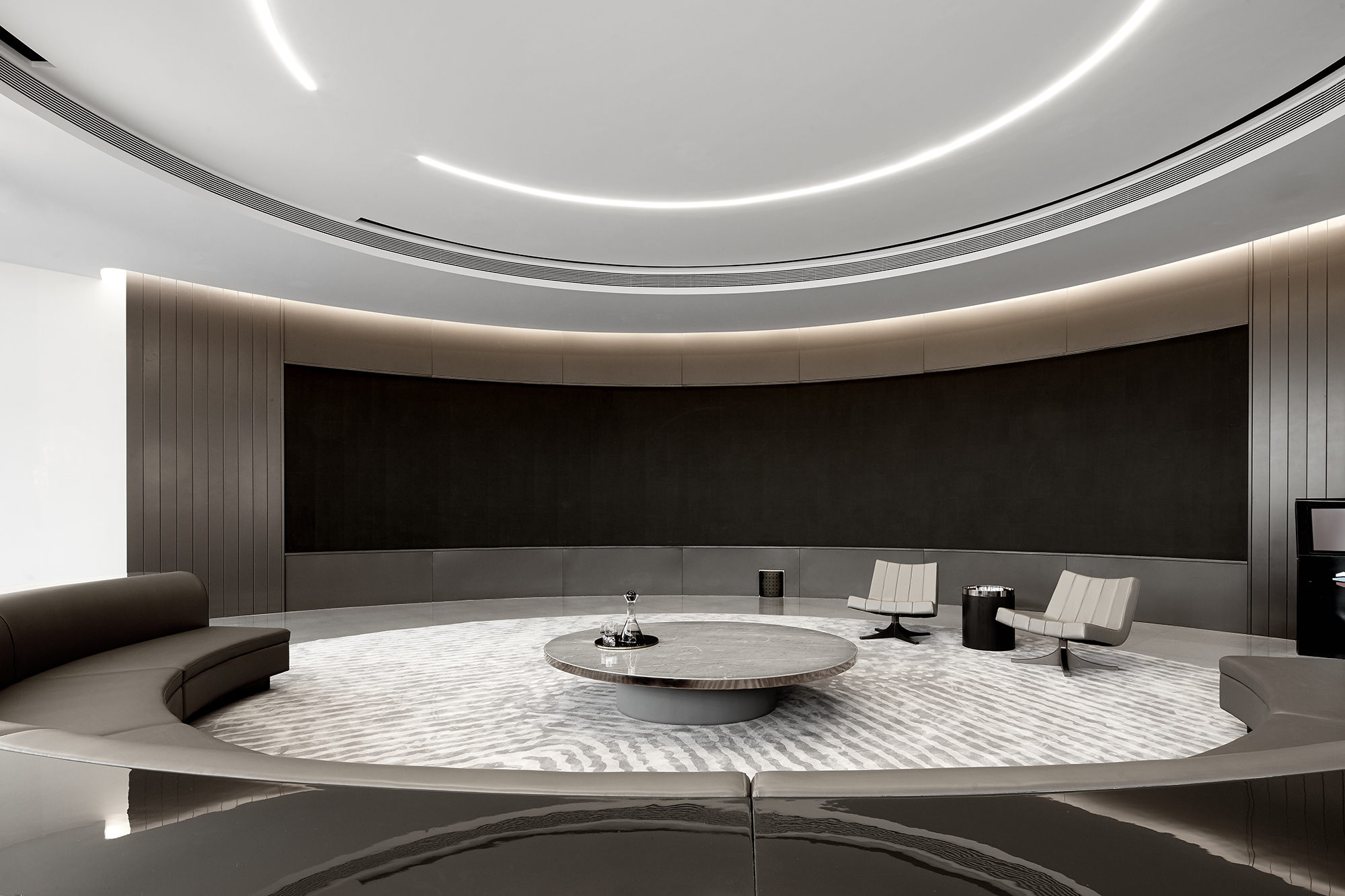 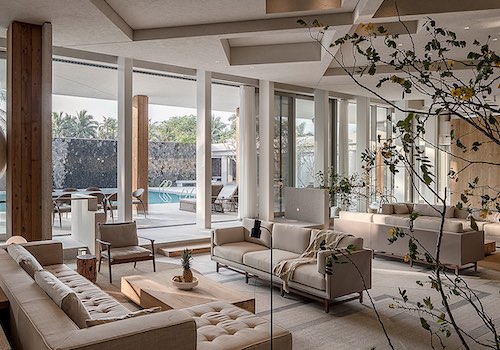 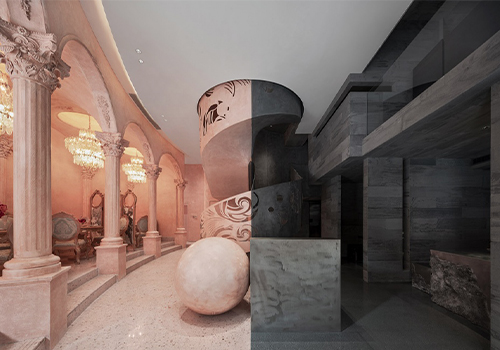 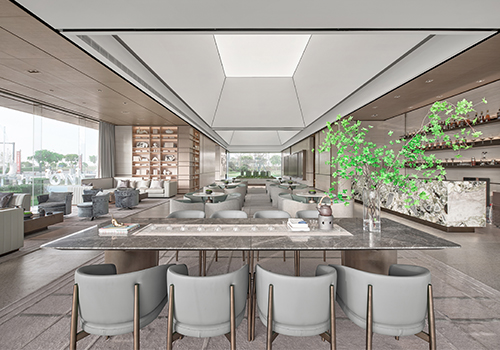 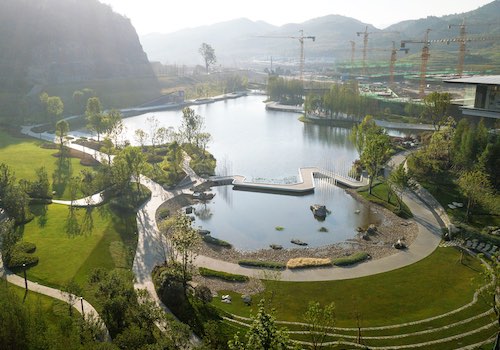