The project is located on a gentle slope of a mountainous topography in Wonju, South Korea. Design concept for this house is to compose a sloped surface that doubles as roof and facade. The roof is not only an apparatus that gives strong visual impact to residents and visitors, but also a metaphor of the slope of the Kam-Ak mountain at the site. Also the sculpted out terrace on the roof, which is facing toward the eastern mountain, provides a spectacular view. In plan, the house consists of three volumes that are split underneath the sloped roof.The three volumes are arranged in a way that they are facing the approach trail and thus inviting visitors. Moreover, since the region is one of the coldest areas in South Korea, the compact volumes justify themselves in terms of energy efficiency. Sloping in both section and plan wise creates various spatial conditions. Points where the roof connects to the wall turns into canopies, eaves, balconies and courtyards, which all function as transition spaces between the inside and outside. In terms of materials, there are three major materials in use; zinc panel, brick, and corten steel. Dark colored zinc used on roof is in contrast with light gray brick wall, differentiating the two distinct elements. Also, zinc was chosen for roof finish to resist the harsh winter with heavy snow. The third, corten is used as an accent material between the zinc and brick, bridging the two finish materials. While the north facade has limited openings, the south facade has larger openings that allow day lighting to the interior space. Also, part of the roof surface extends down to the living room, creating an eave that filters summer sun lights. The terrace on the 2nd floor, connected by both the exterior spiral stair and the interior stair, is the best place of the house to appreciate the unobstructed views. The intimately sized terrace allows the residents to enjoy the eastern view. Moreover, it frames the changing sceneries throughout the seasons, bringing the nature inside the house. 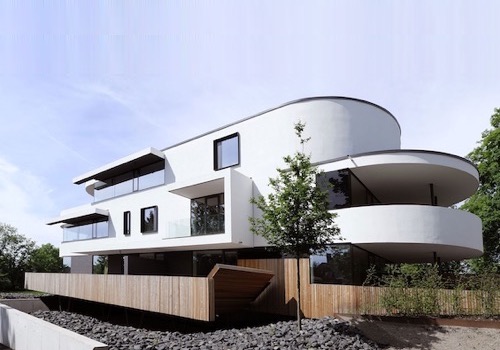 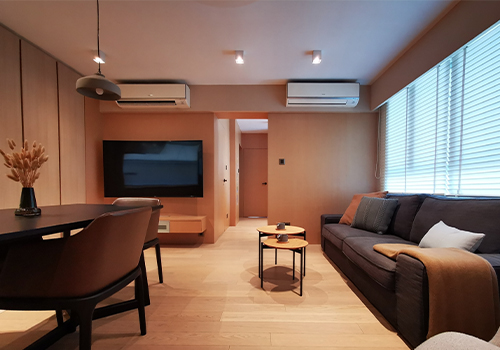 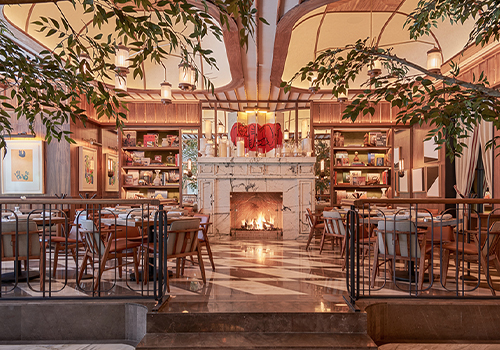 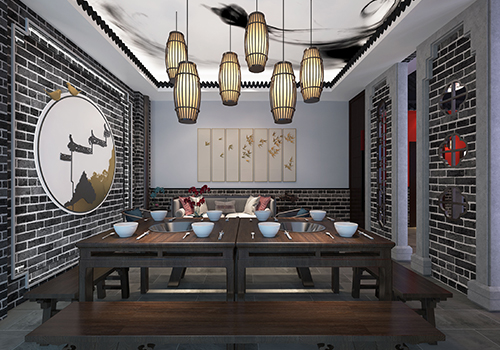