Located on a site of 4,844 m2 area, the Garage Building in Dongguan has a gross floor area of 20,575 m2. It is the very first pilot project of Dongguan to renew the city’s image and relieve the pressure on its traffic network. The project is at the intersection of Shizhu Road and Tiyu Road, Guangcheng District, which is part of the “One Center & Two Axis” urban core of Dongguan. Within the 200-meter radius from the City Hall, the site is surrounded by the greenery in the vicinity where a collection of urban functions including municipal administration, offices, retails, and hotels is also clustered as a crucial demonstration of the city’s culture and spirit. The inspiration of this project combines both the unique meandering water-bodies of Dongguan and the unique core location of the site, proposing to extend the two major streets as flowing, water-like ribbons, in order to reform the chaotic existing parking conditions in the vicinity and establish the spatial and façade languages for the new garage building. Using the ‘infinitely flowing loops’ to organize the traffic circulation, two independent yet equally dynamic curves spiral up and intertwine, forming an architectural image as an urban sculpture. The design uses the traffic circulation unique to garage as a tractive force to create the volume through the continuously looping of the building, and then refine the volume according to the site’s geometry until a pure architectural form is eventually achieved. The continuously looping ‘ribbon’ on the façade circles around the building volume and reaches each corner, generating a series of rich and diverse spatial forms, which visually create a set of architectural language from inside to outside, whose moods are fused in harmony with the urban context. 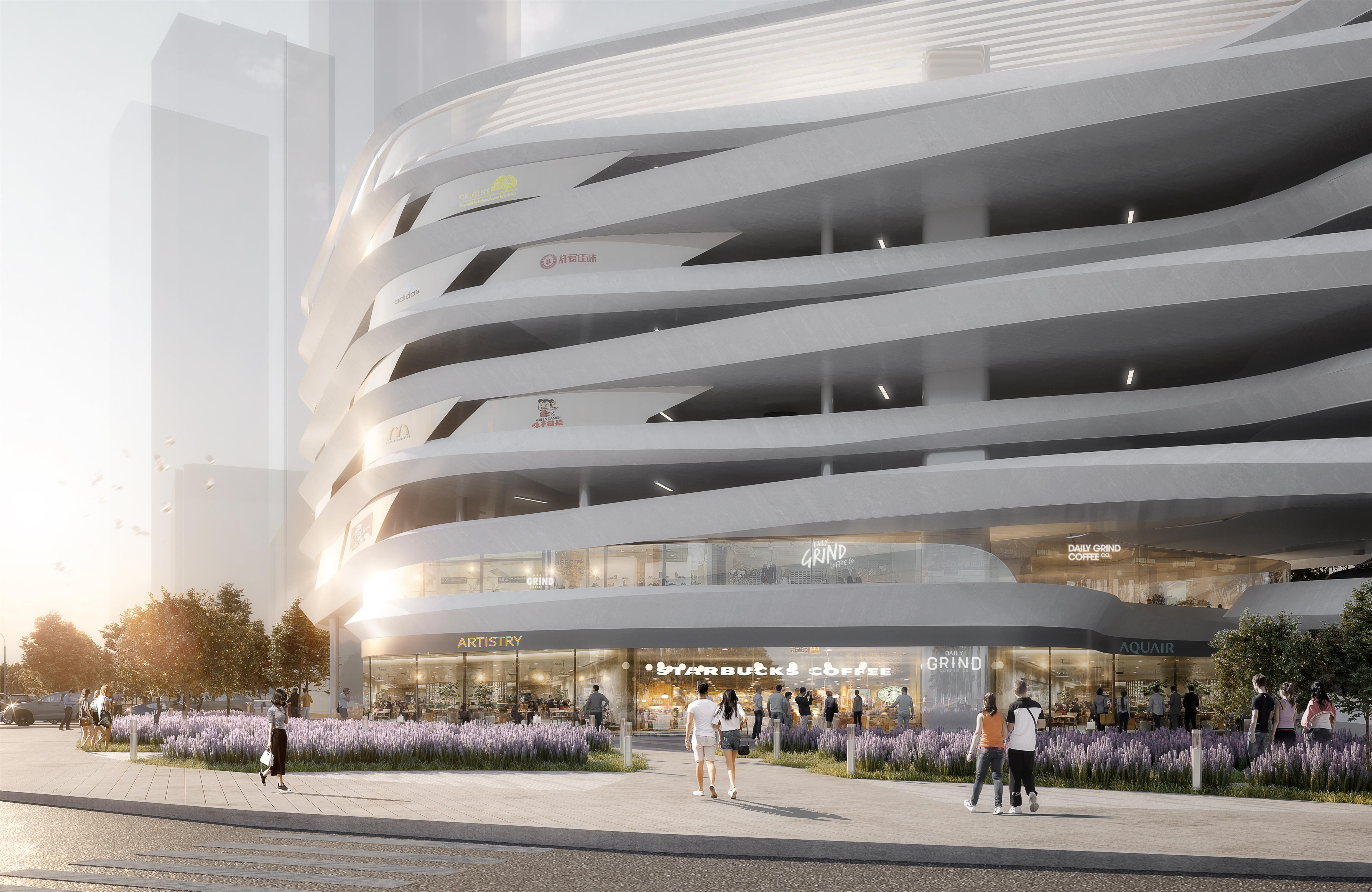 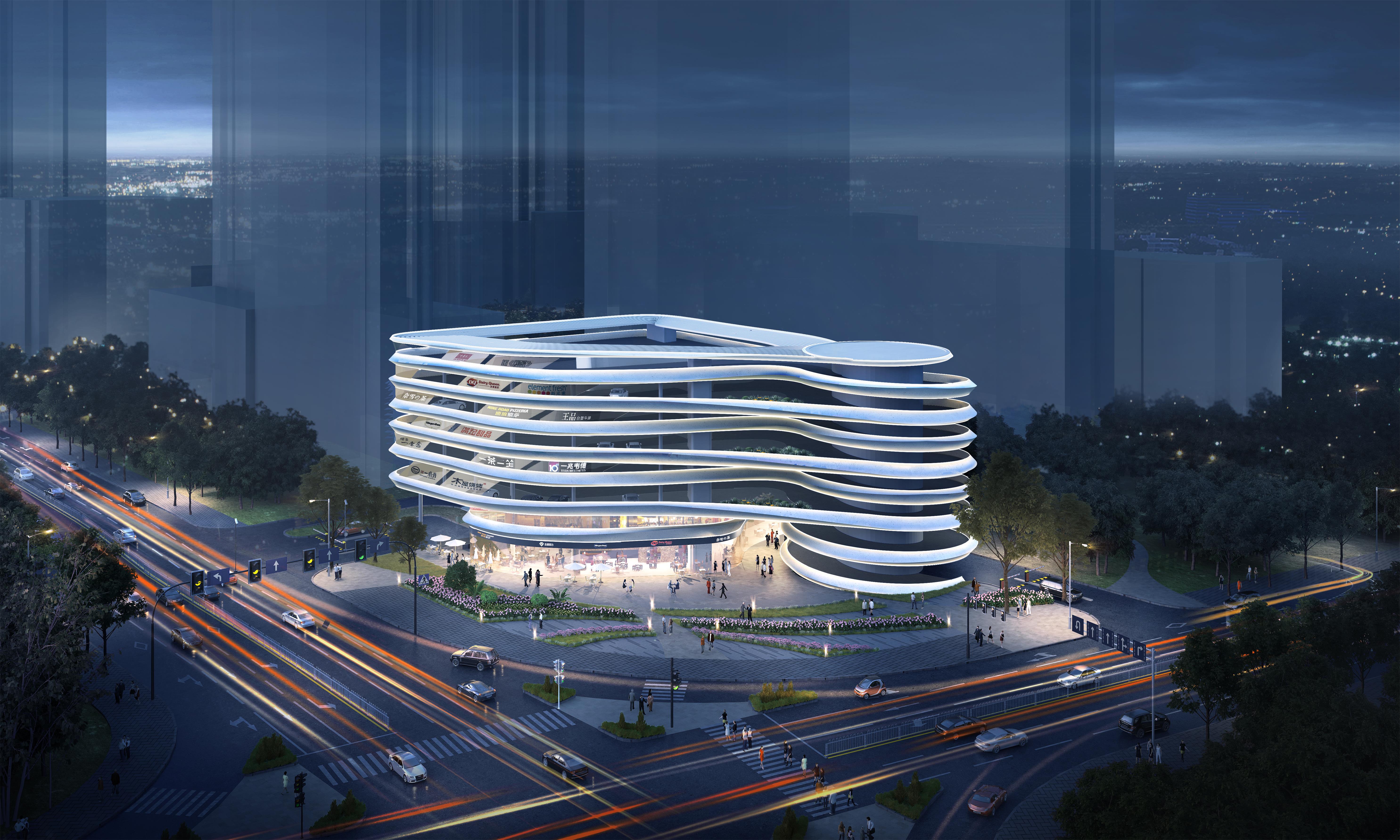 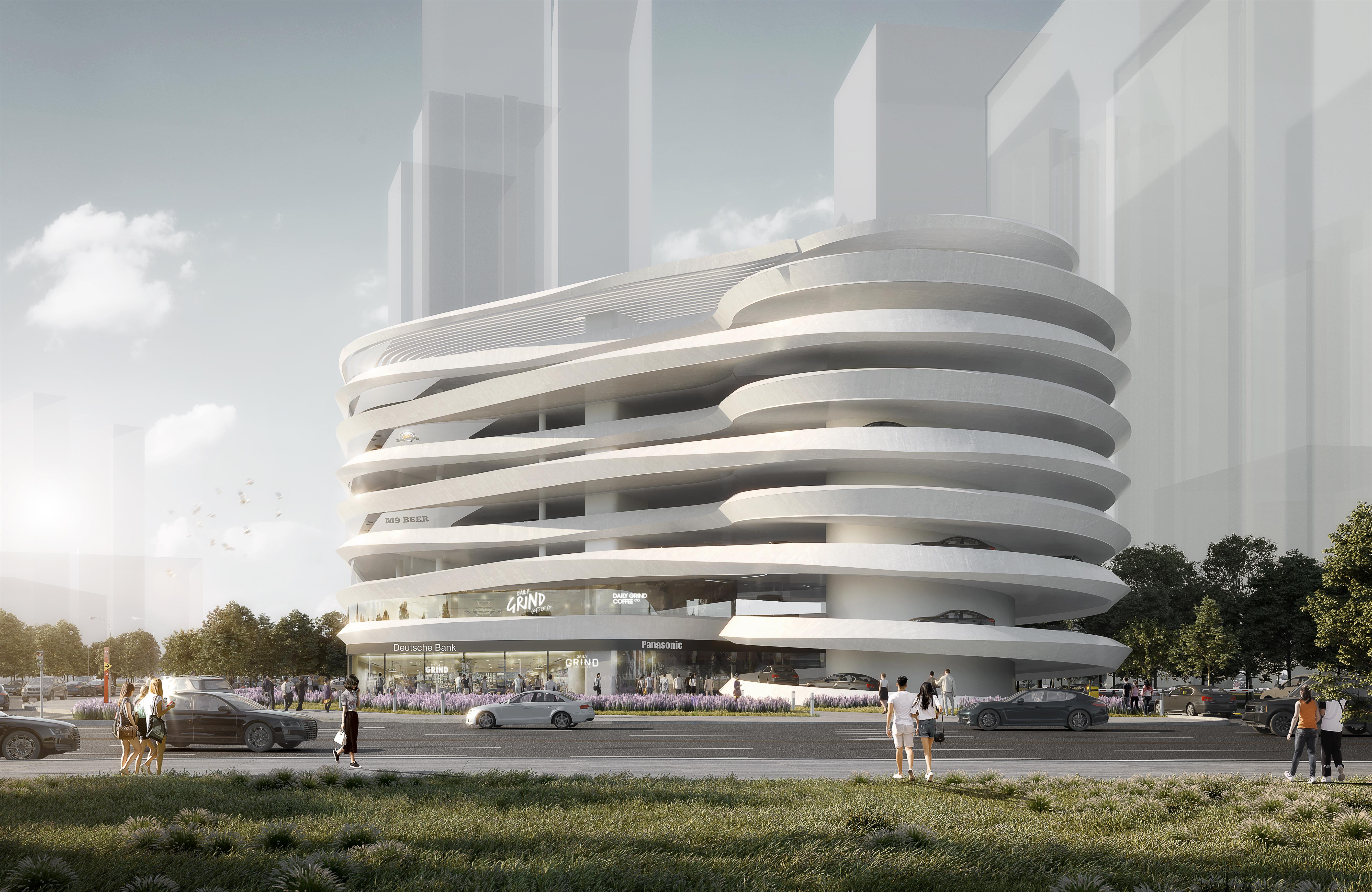 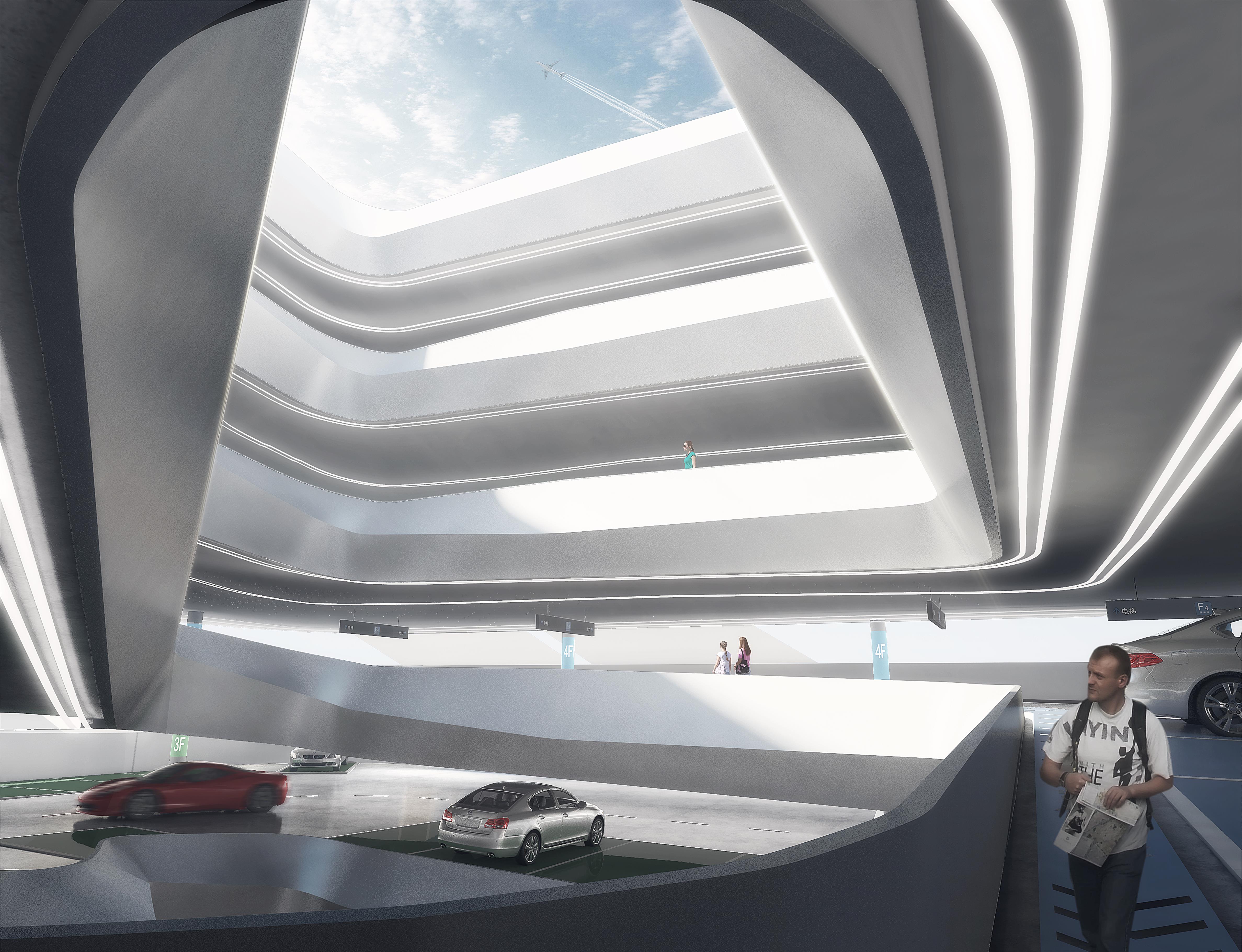 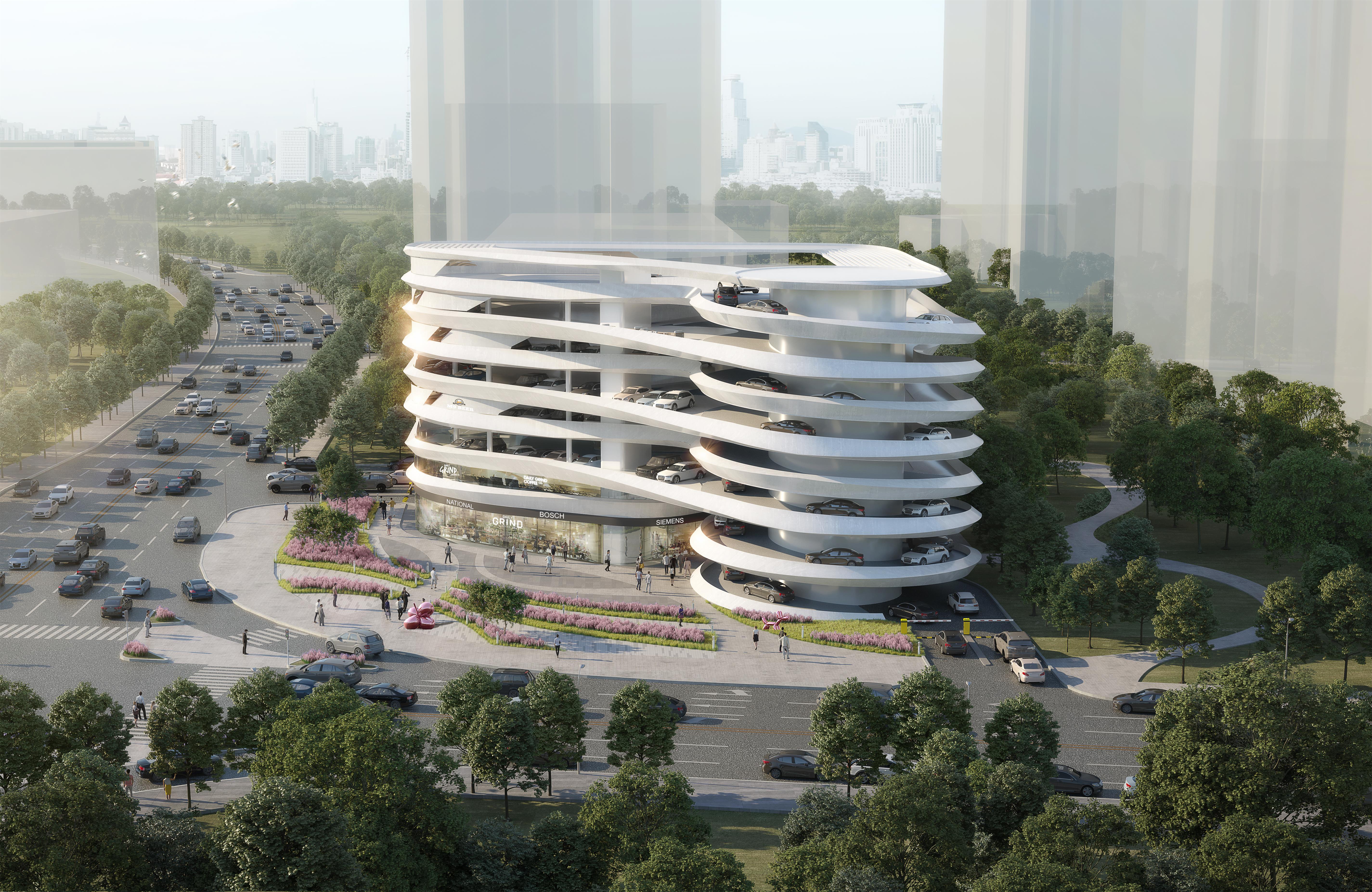 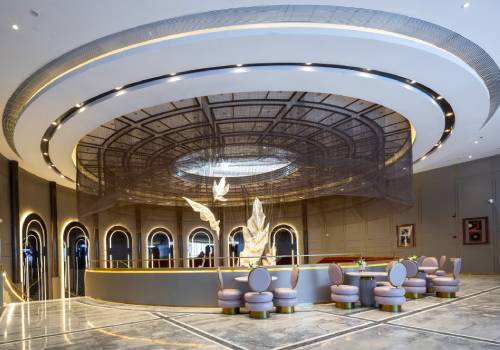 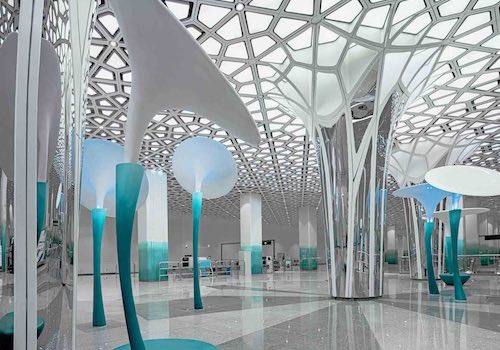 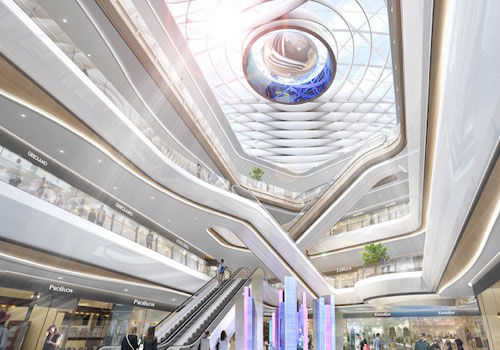 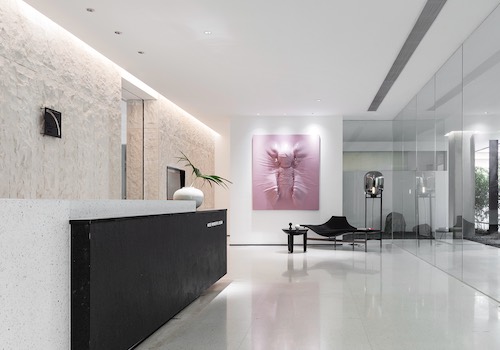