Situated in Chongqing city, the project covers 74000 ㎡. It is an entire underground structure covered by a city park. Besides being used temporarily as a public parking facility, it has never been operated in and kept its structure fully intact. Client’s goal is to create a mix-used commercial retail space with artistic themes such as sports, F&B, and entertainment.
The site itself resembles a square surrounded by high rises on three sides and Jinyu Road along its south. Currently, the site finds itself as a public park, abundant with matured trees. After studying the site, architects wanted to take a minimal approach to “hide” the architecture in its surroundings, minimize the damage to existing landscapes, but at the same time still enhance its architecture exposure. The goal is to have a co-existence between architecture and nature creating a hybrid environment.
Covered completely underground, creating a memorable focal point was a key for this project. Taking advantage of the existing oval-shaped central sunken plaza, architects created an ellipse glass structure. This glass curtain wall is composed mainly of vertical metal fins and fritted glass panels. This composition creates simple forms through repetition. The ellipse faces the south towards the main park and light rail in the distance. The fins hold LED lighting fixtures allowing it to be dynamic and highlighting the retail environment at night. In the daytime, it transforms into an elegant sculpture.
The initial design approach to this project started from the investigation of existing structure conditions and new retail planning.Most of the retail spaces are at B1 and B1M levels. The existing B1 level is a completely enclosed space with 4.8m of height and partially at 9.0m. The new retail planning took advantage of this and placed major anchors which require high floor spaces such as the supermarket and food court at B1 level. While under the limitations of existing structures, architects chose a single loop/ four corner layout. This solves the challenges imposed by the underground space through the creation of circulation spaces, visual corridors, and the introduction of natural light. 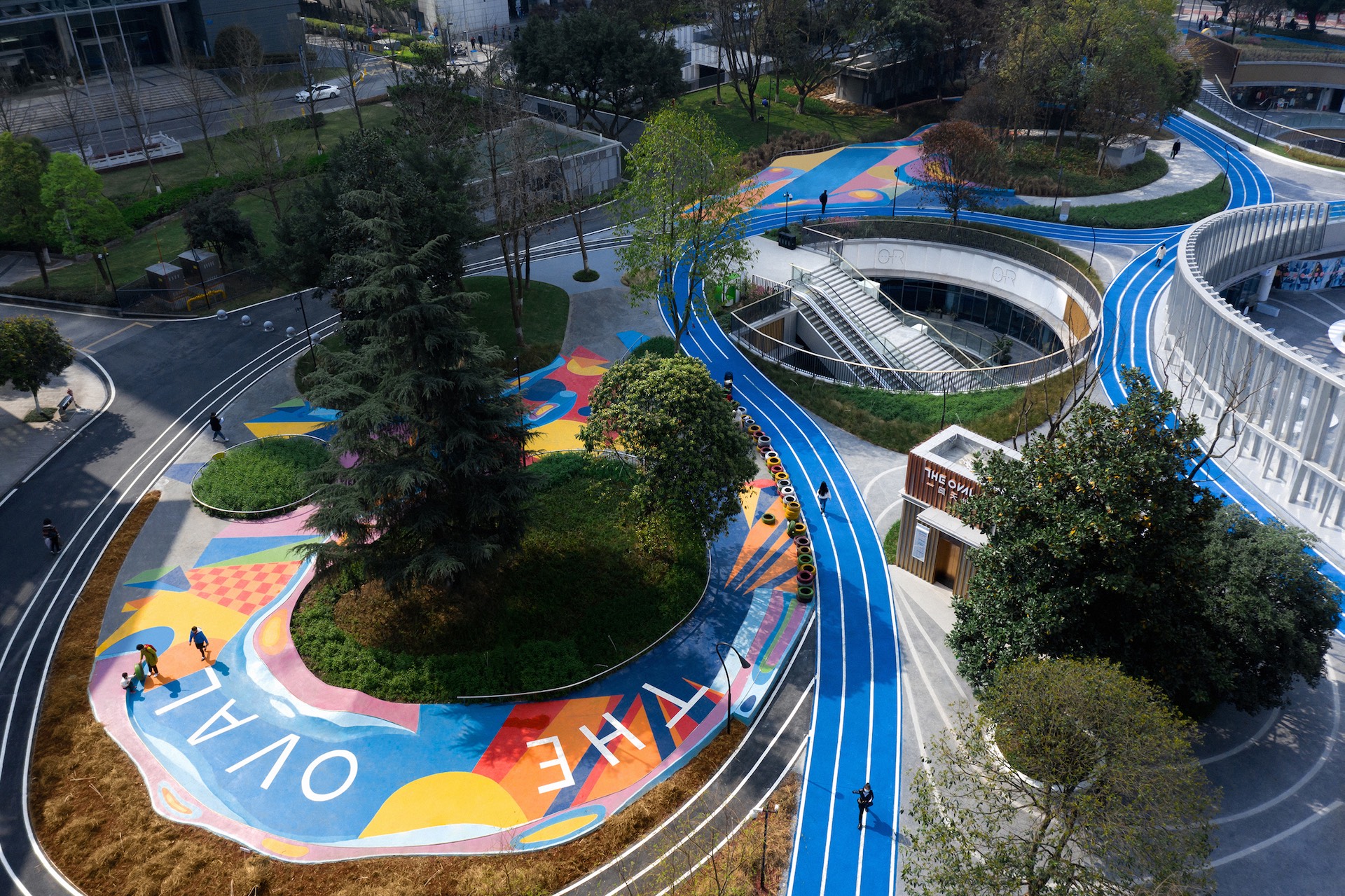 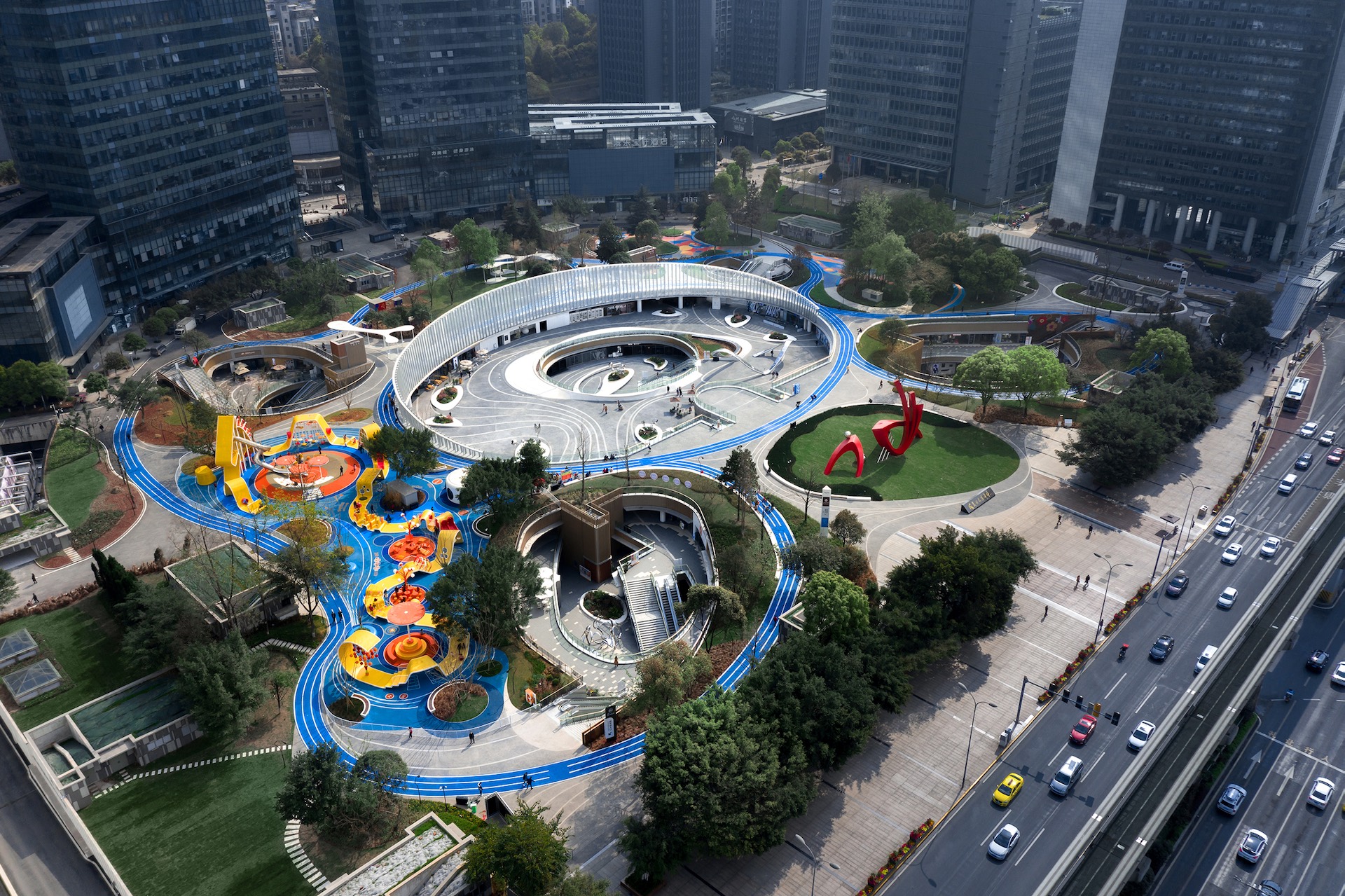 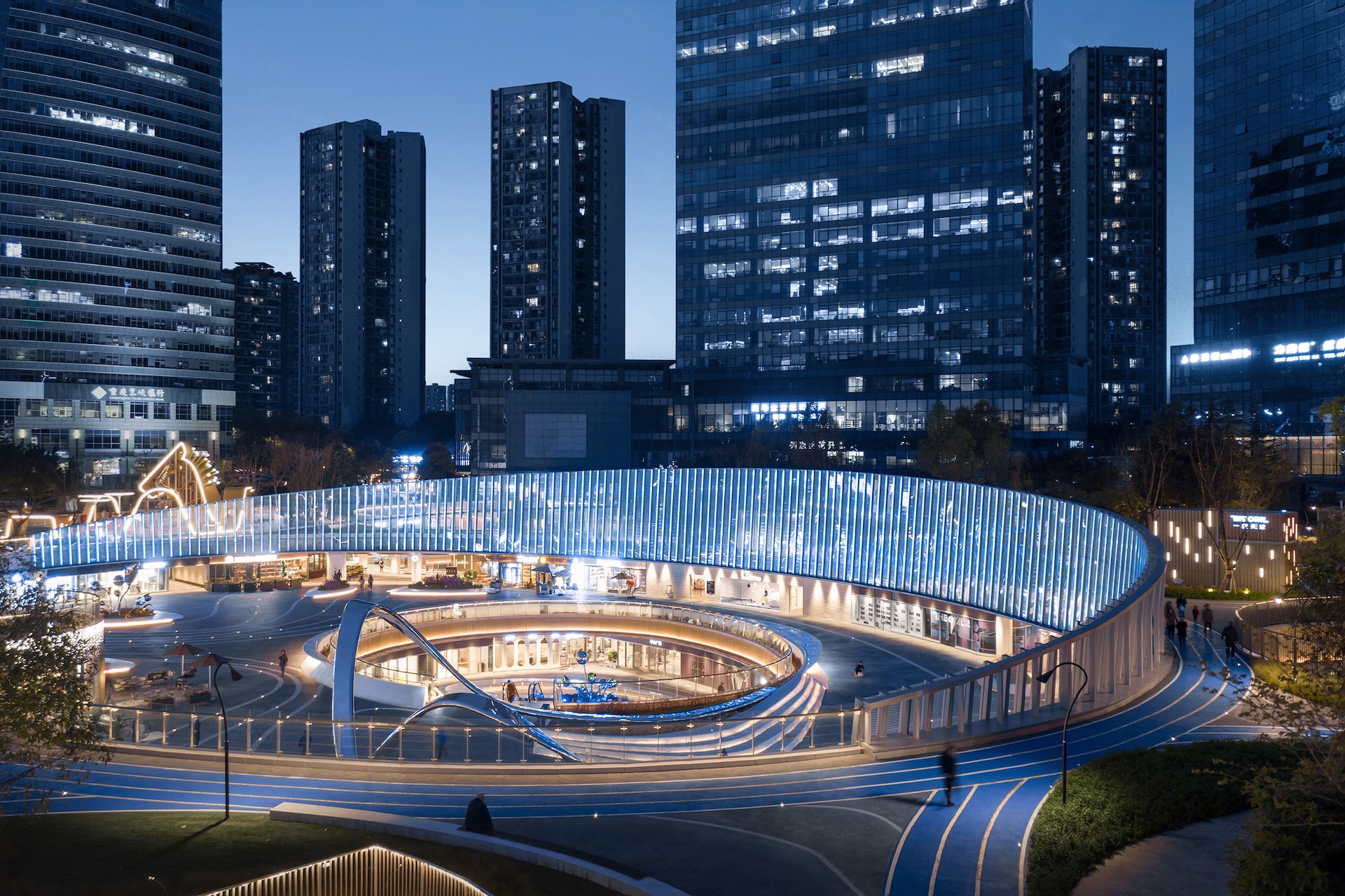 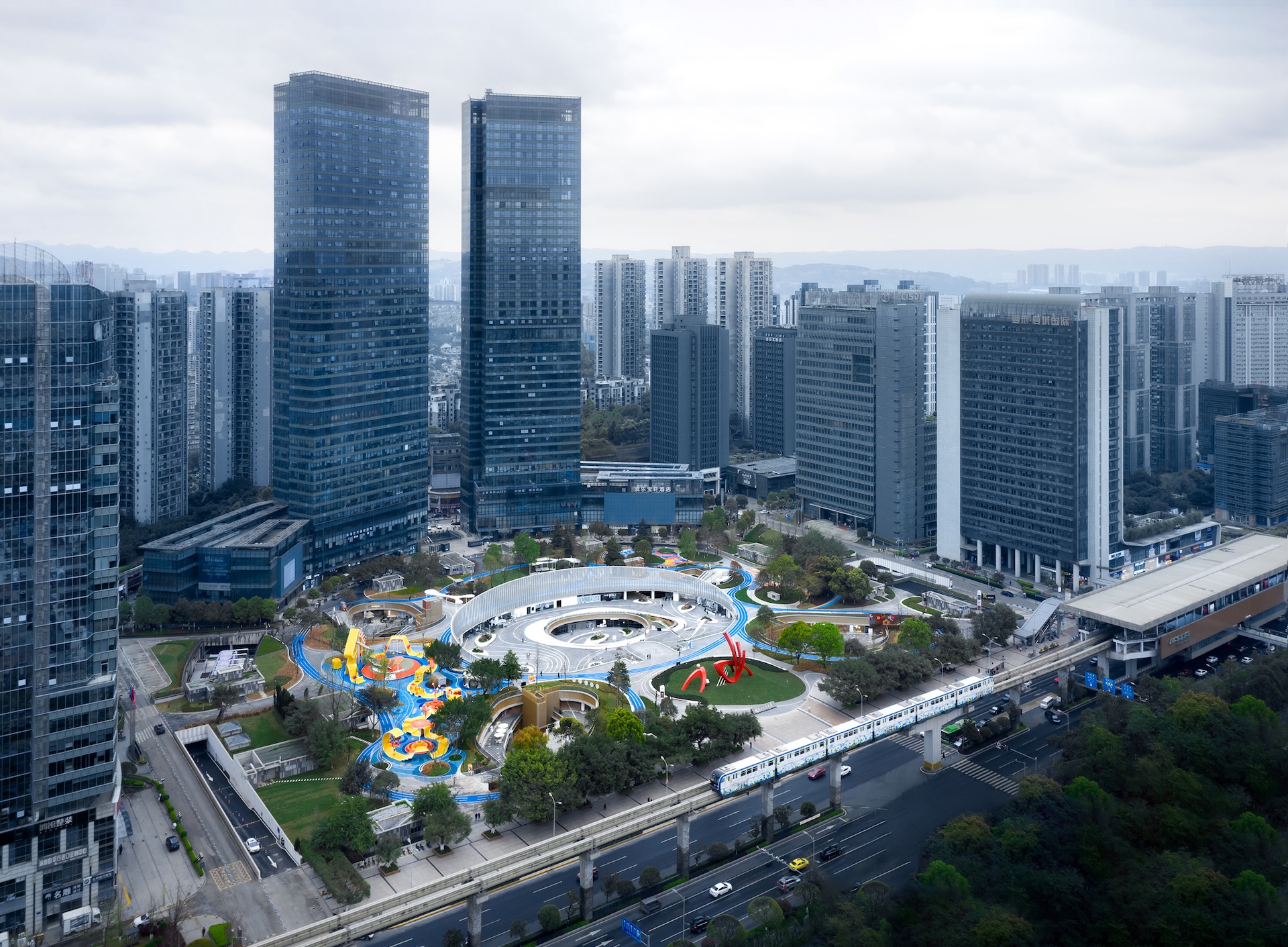 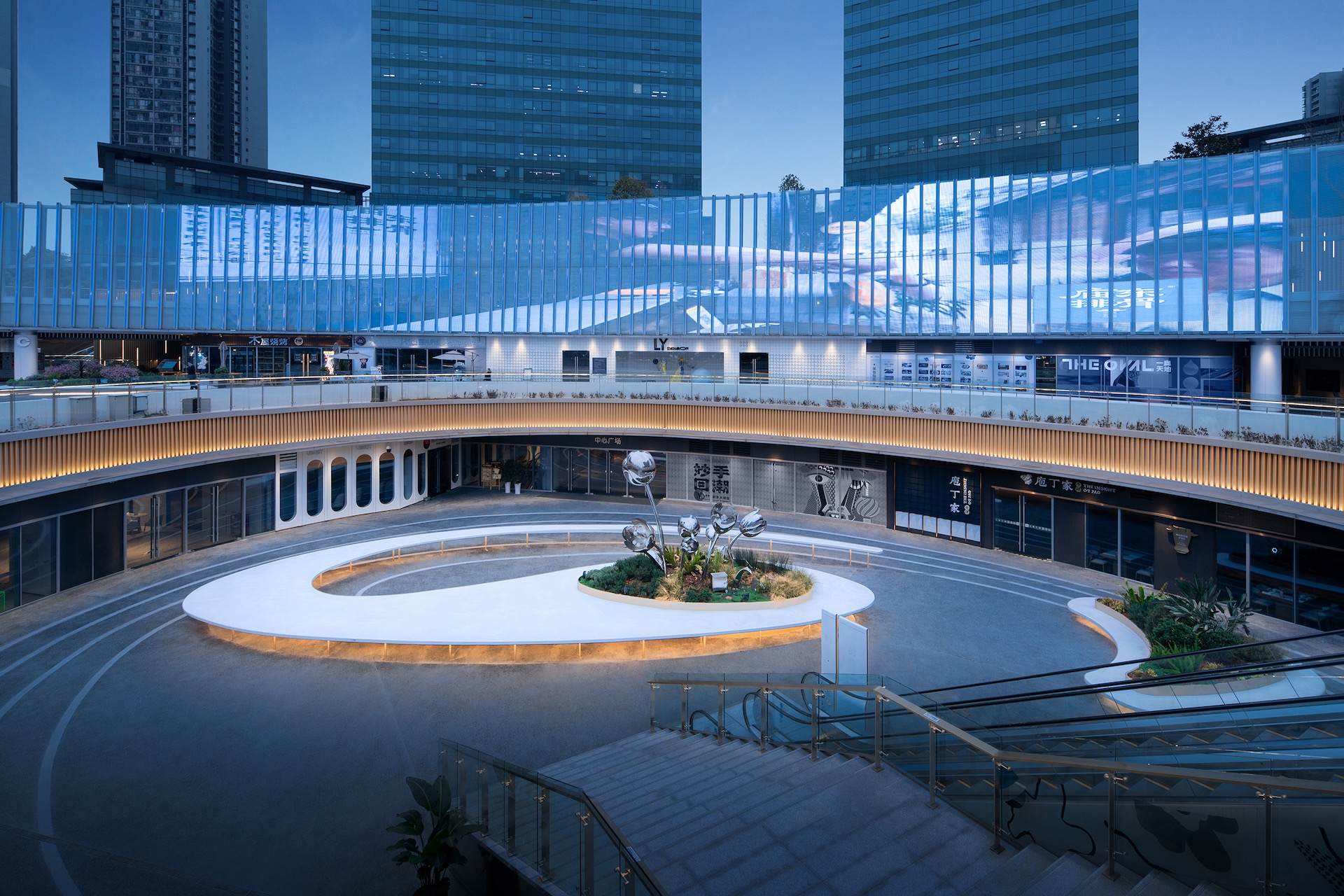 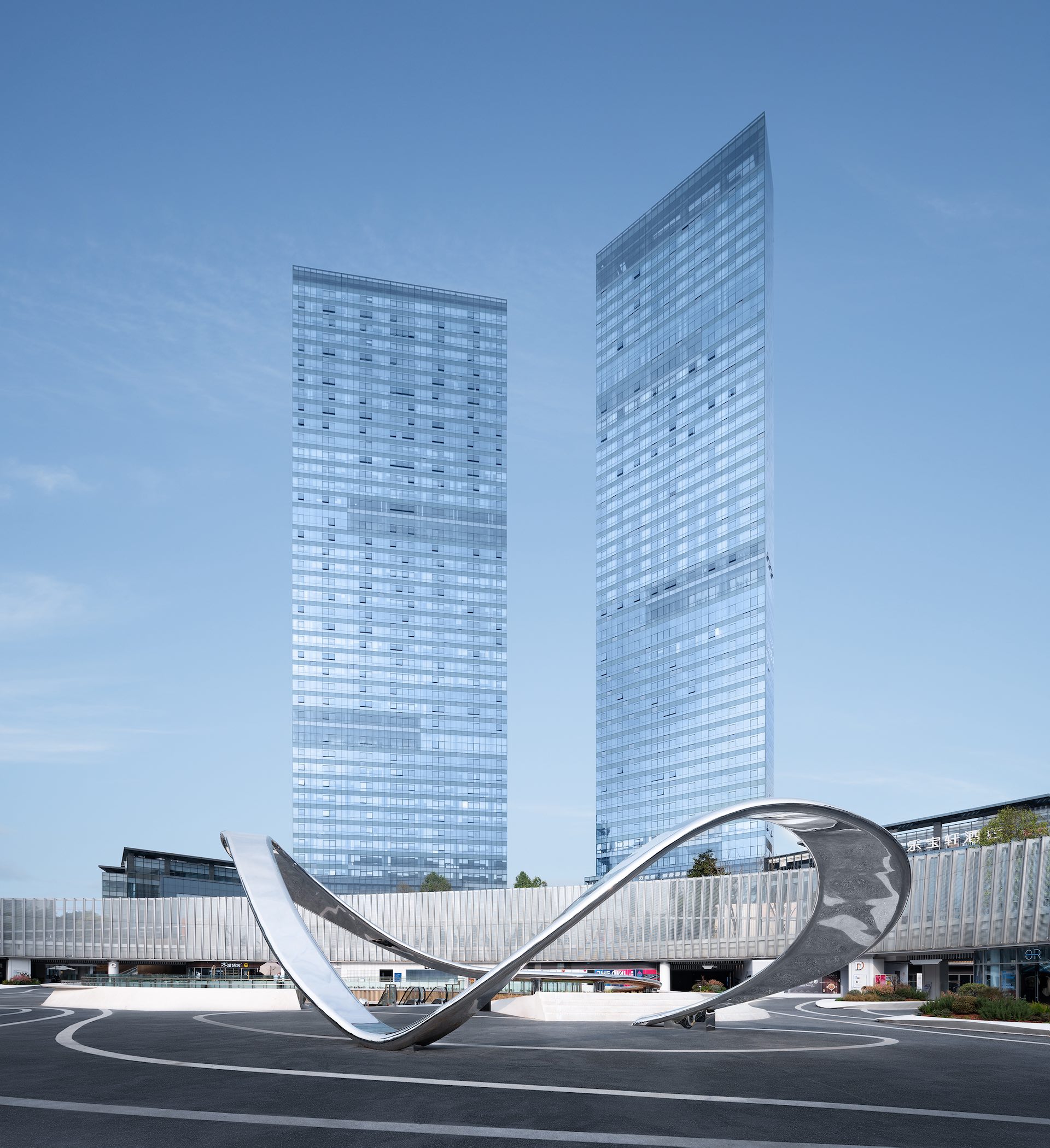 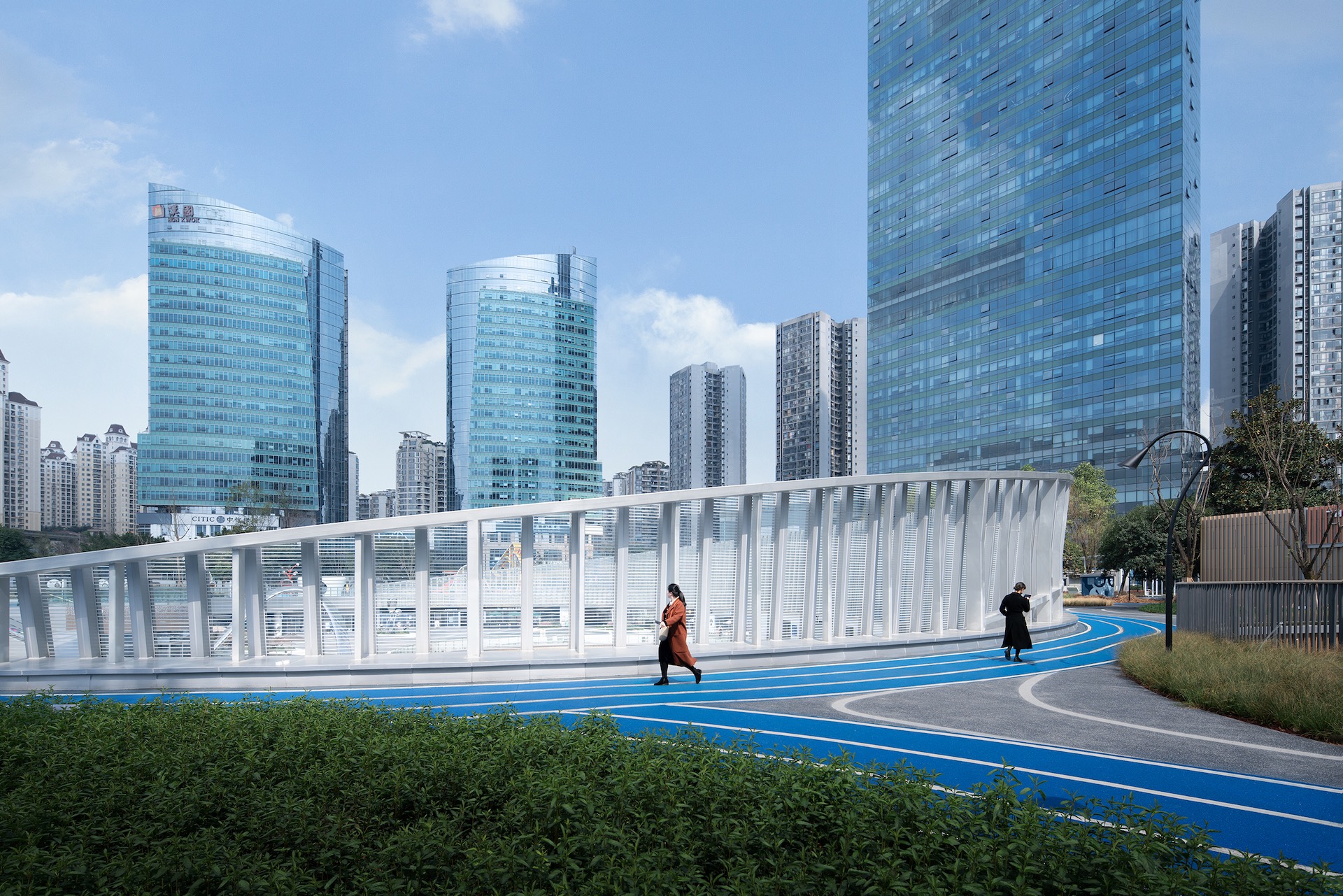 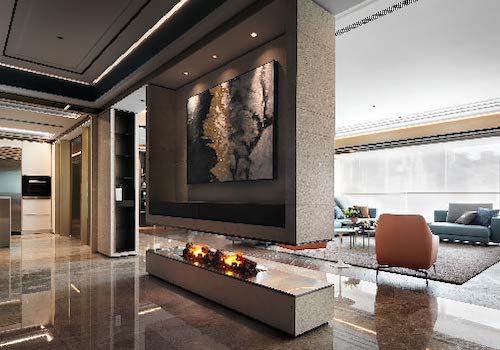 2021
Red Leaves of the Fall Mountain 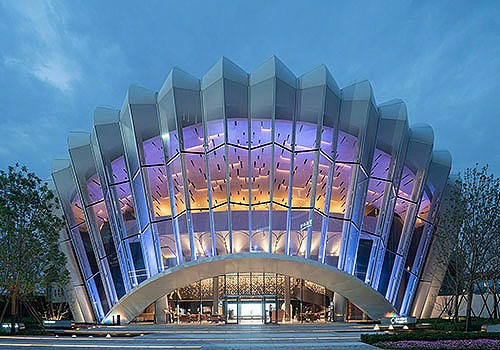 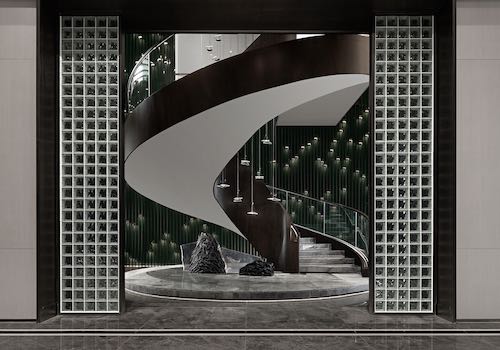 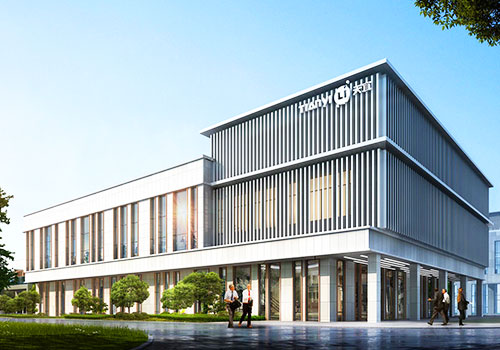