The project is located in Xiang'an District. It is close to the south ocean and Binhai East Avenue. Based on the inner harbor, the site area consists of two parts: the western part is for high-end resort hotel and apartment hotel, and the eastern one for yacht club and low-density commercial street. The yacht club is seen as an important gateway of this area. China Olympic Group integrates resources of the yachting tourism industry and strives to design and build this project into an exemplary complex that best highlights its brand and enterprise image.
The skyline is generally high in the north and low in the south. The highest point in the west is the 150m-tall apartment tower, and a gradual decline occurs in the east before a new rise comes at the club. All rooftops feature arc design, which resemble surging waves and become a beautiful skyline along the coast.
The volume and shape of the club look tremendously dynamic and much impressive. 3mm-thick aluminum panels are used for the skirt building, and the aluminum panel area reaches around 1313㎡, comprising the main keel of cantilever components and ribbon-shaped aluminum panels; the arc-shaped façade of the tower building has an area of 6071㎡, and modular method is applied to make folding glass curtain wall the same unit on each floor. There are approximately 20 modular units in total.
The main building includes the club and multi-purpose banquet hall. A large canopy is constructed to connect both places and offer space for cool shade and rain protection according to weather conditions of Xiamen. The building is conceived as a whale breaching and creating a big splash. The large canopy functions as a dividing line, the upper part resembles a fish’s body, and the folded and wavy modules of the façade look like fish scales; the lower part is waves composed of boxes in interwoven arrangement, and a multi-layer public space is formed on the top of these boxes. 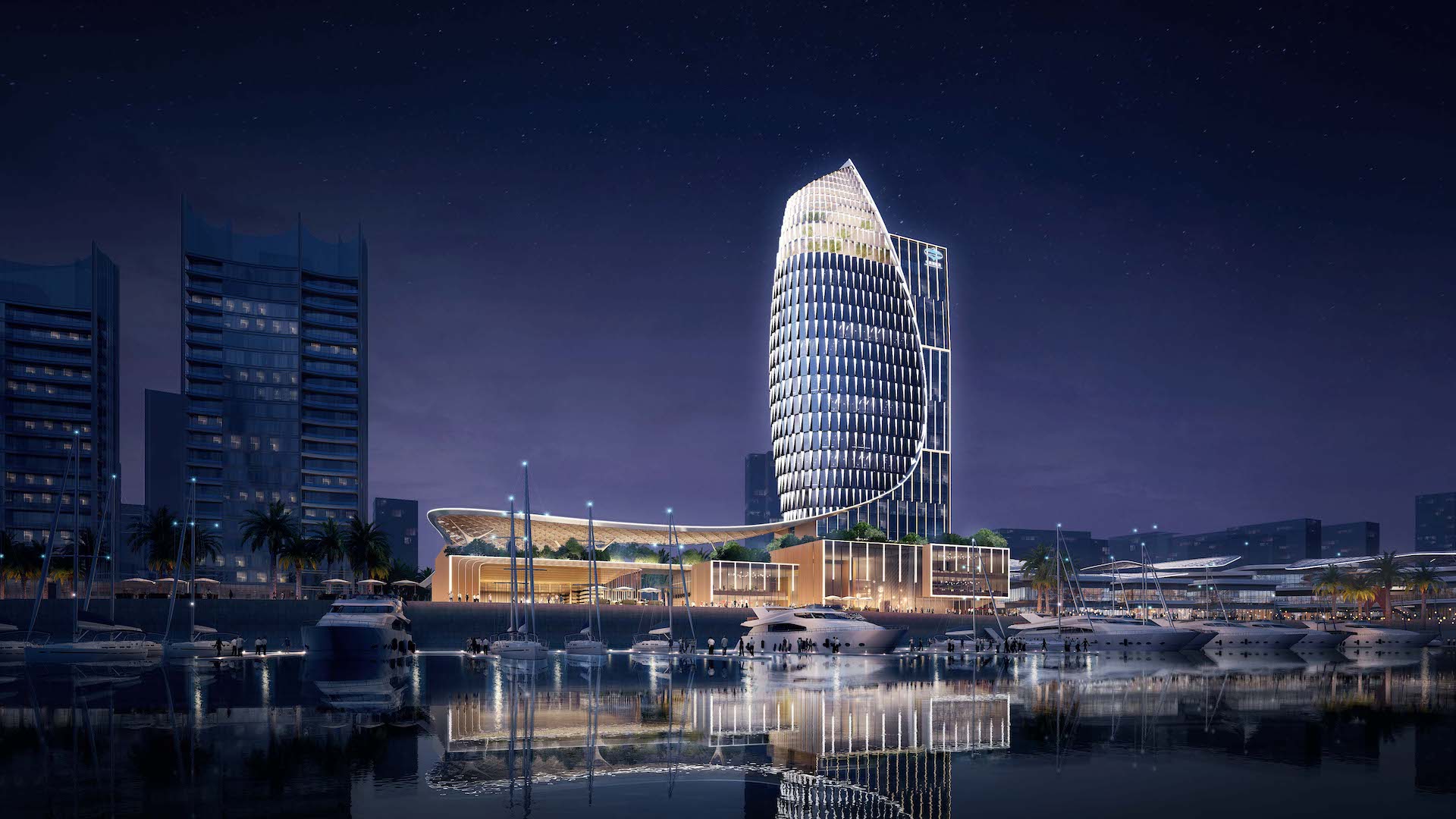 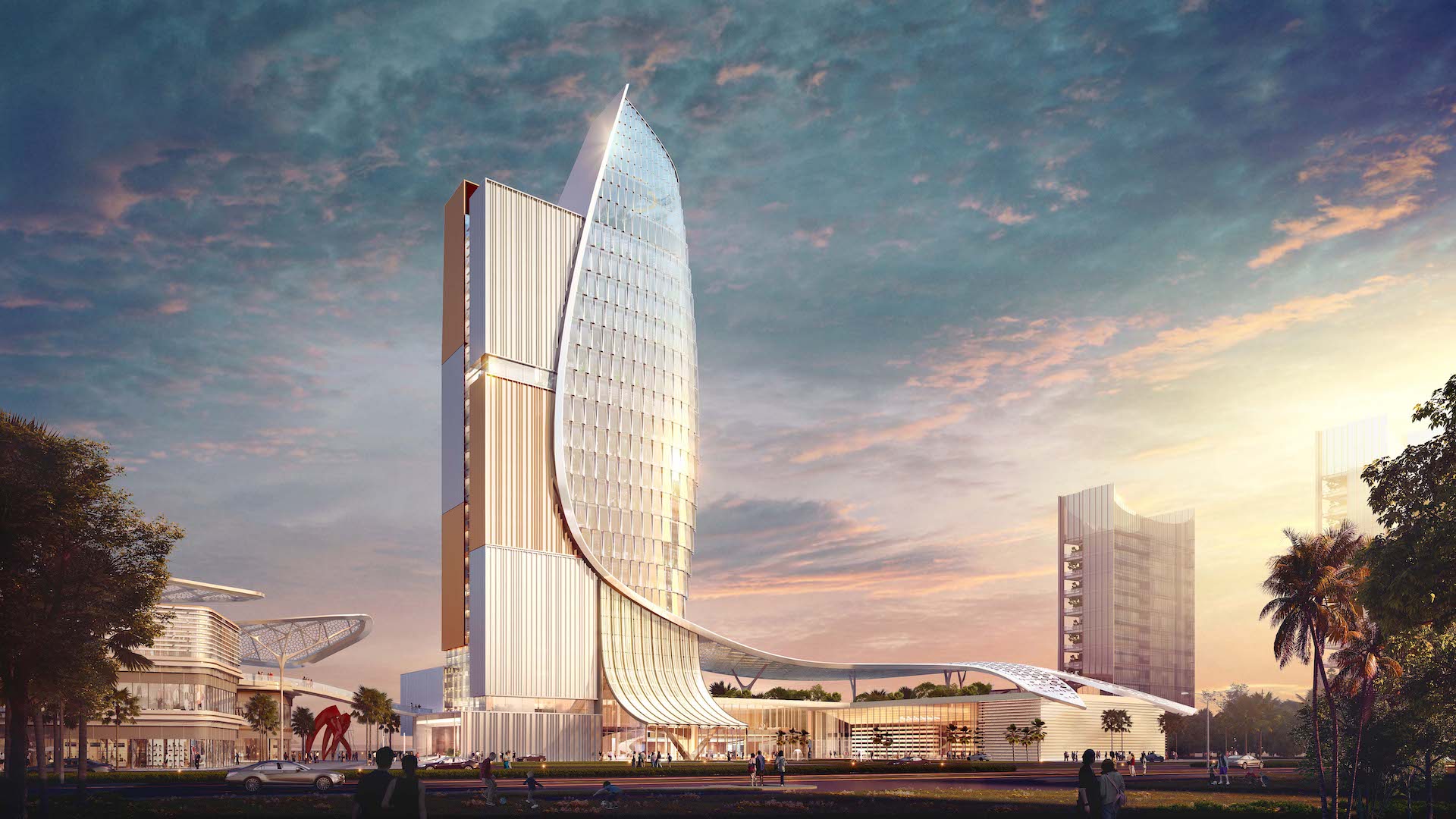 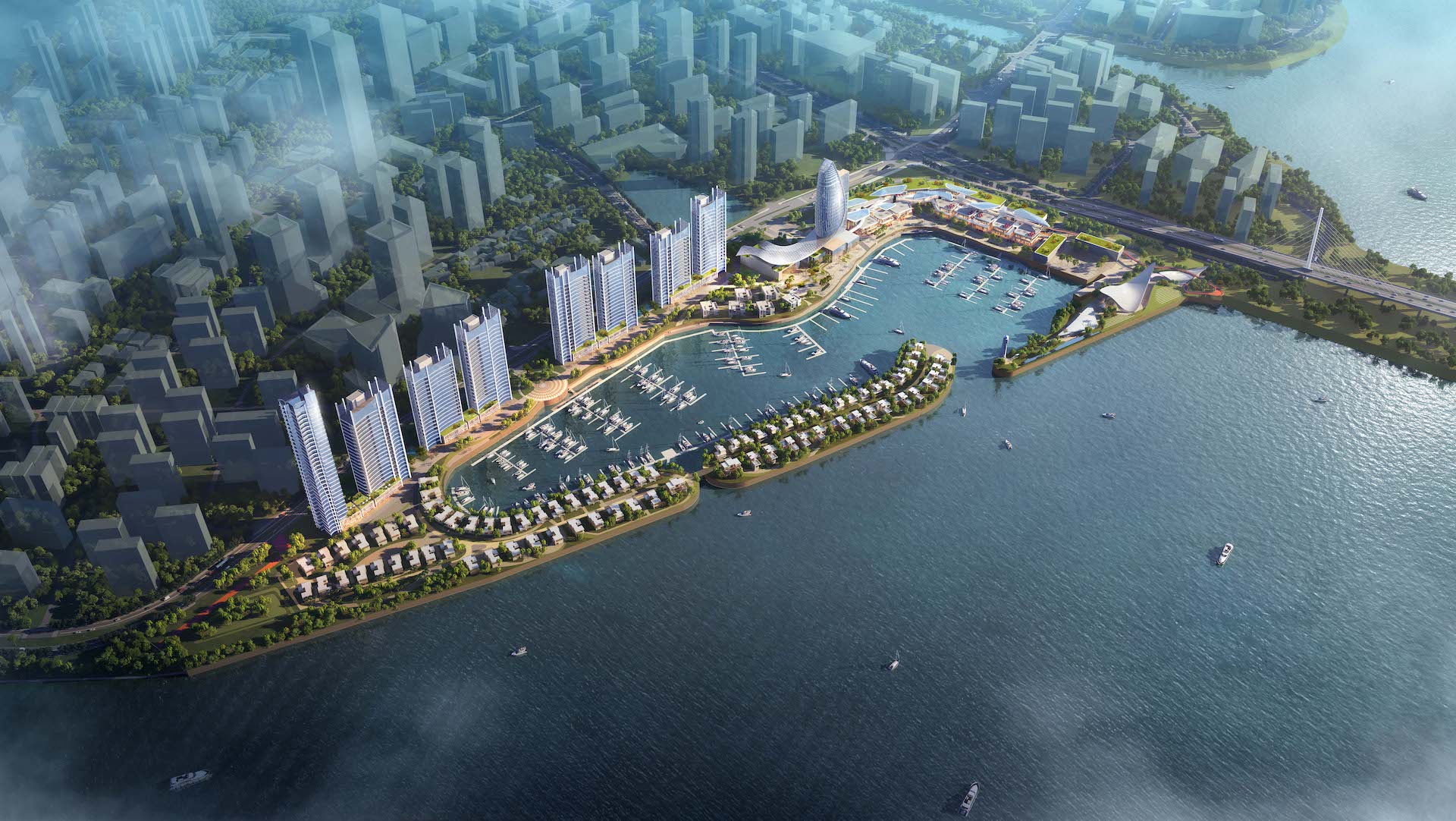 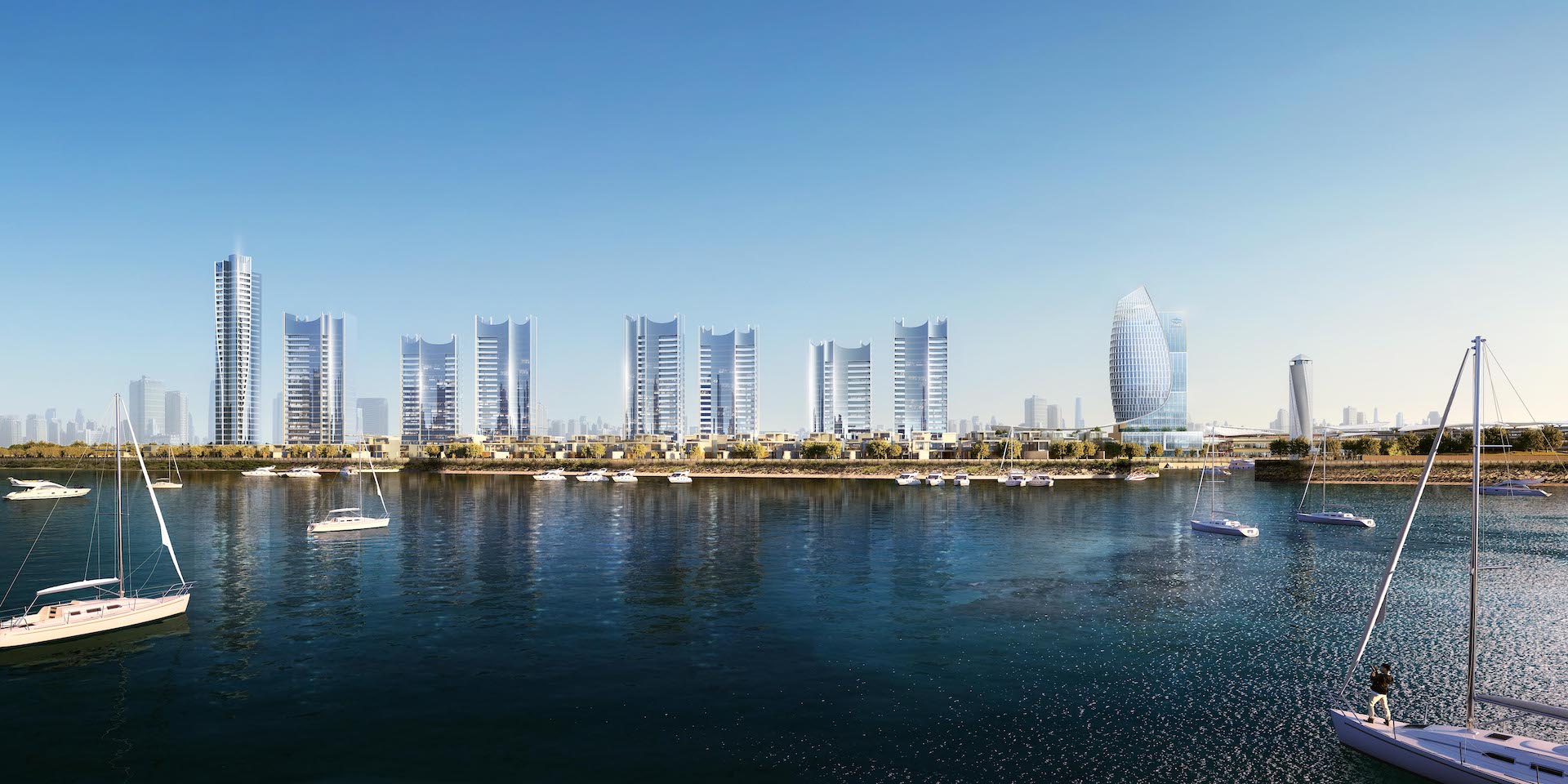 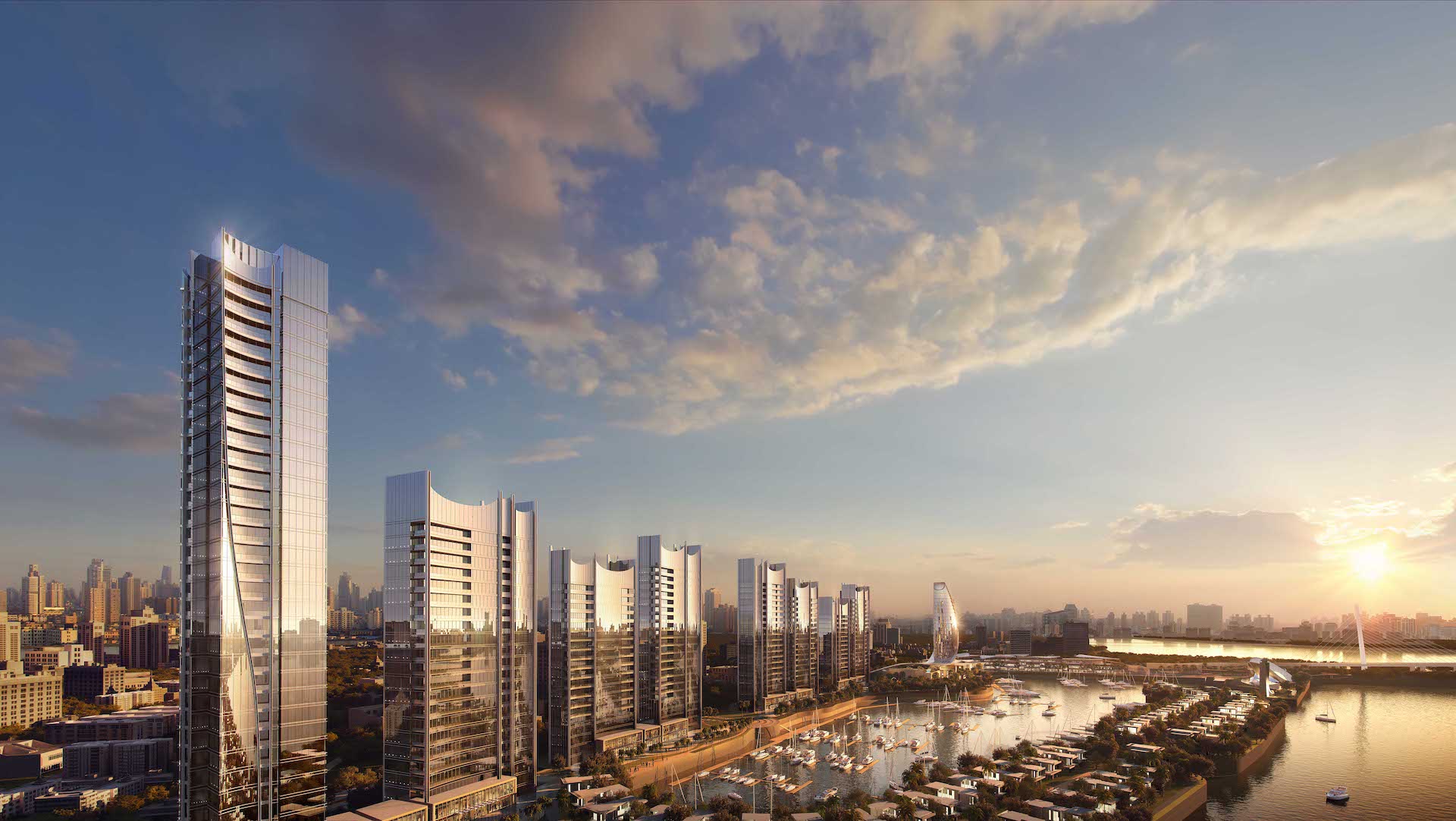 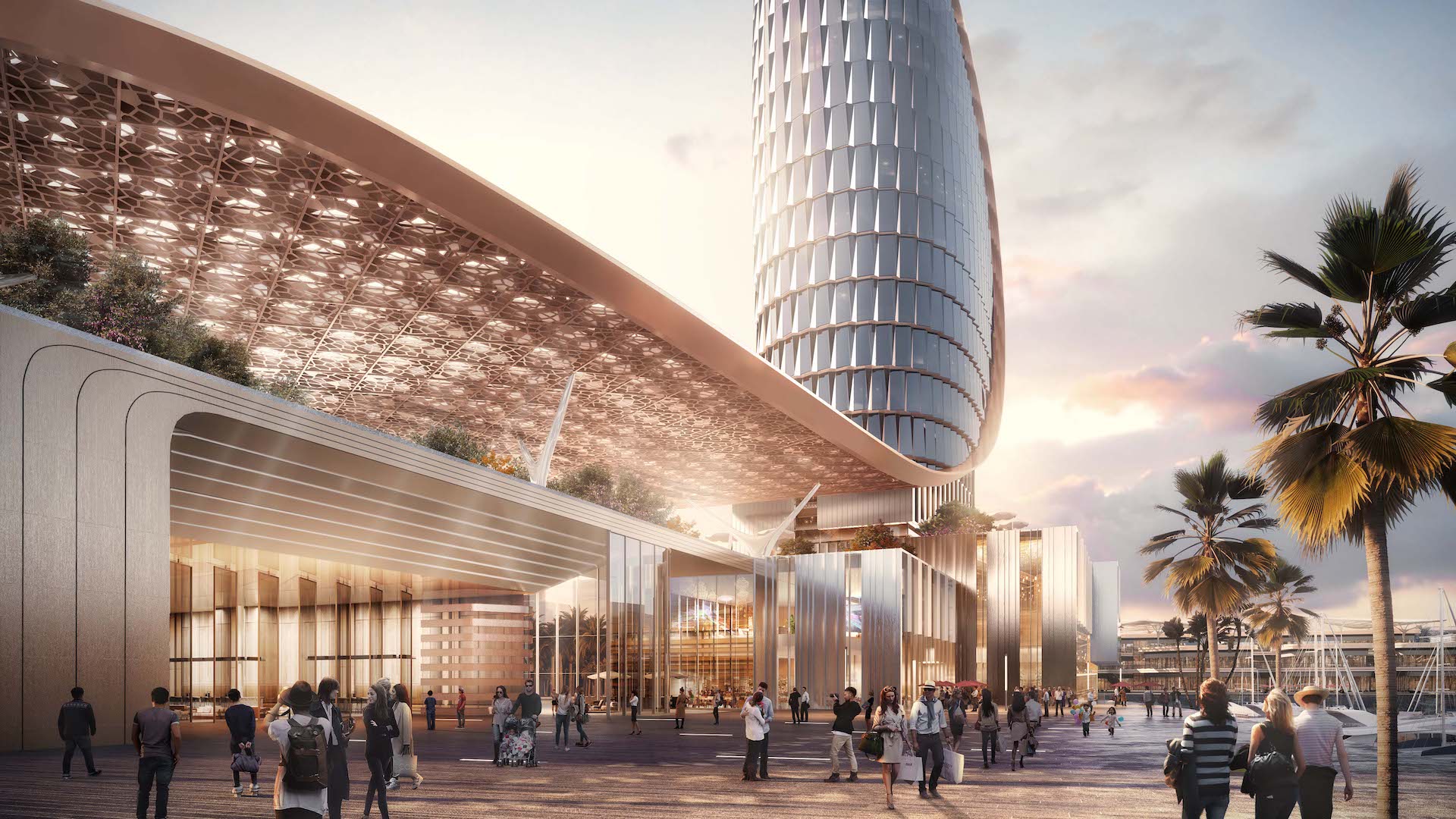 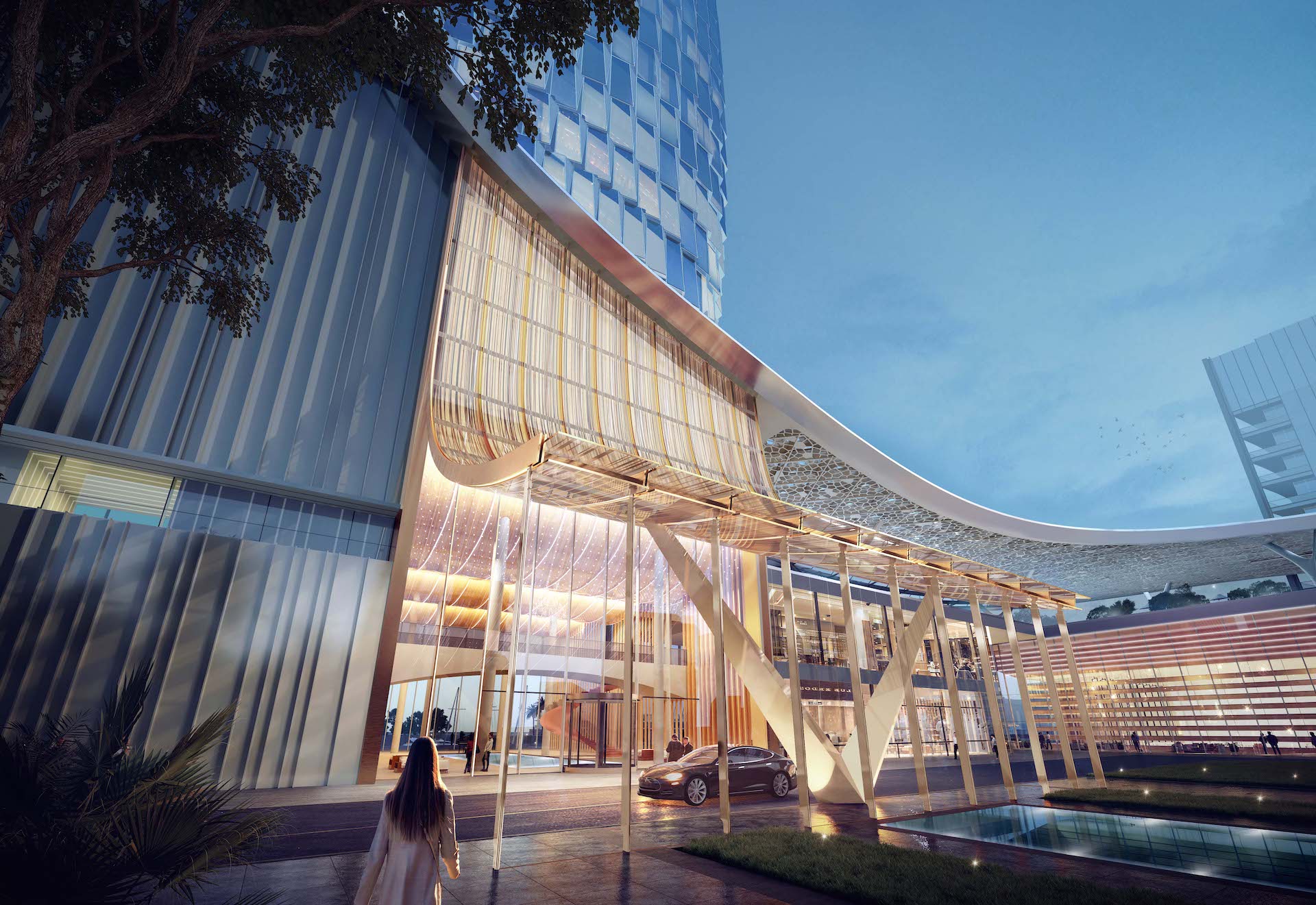 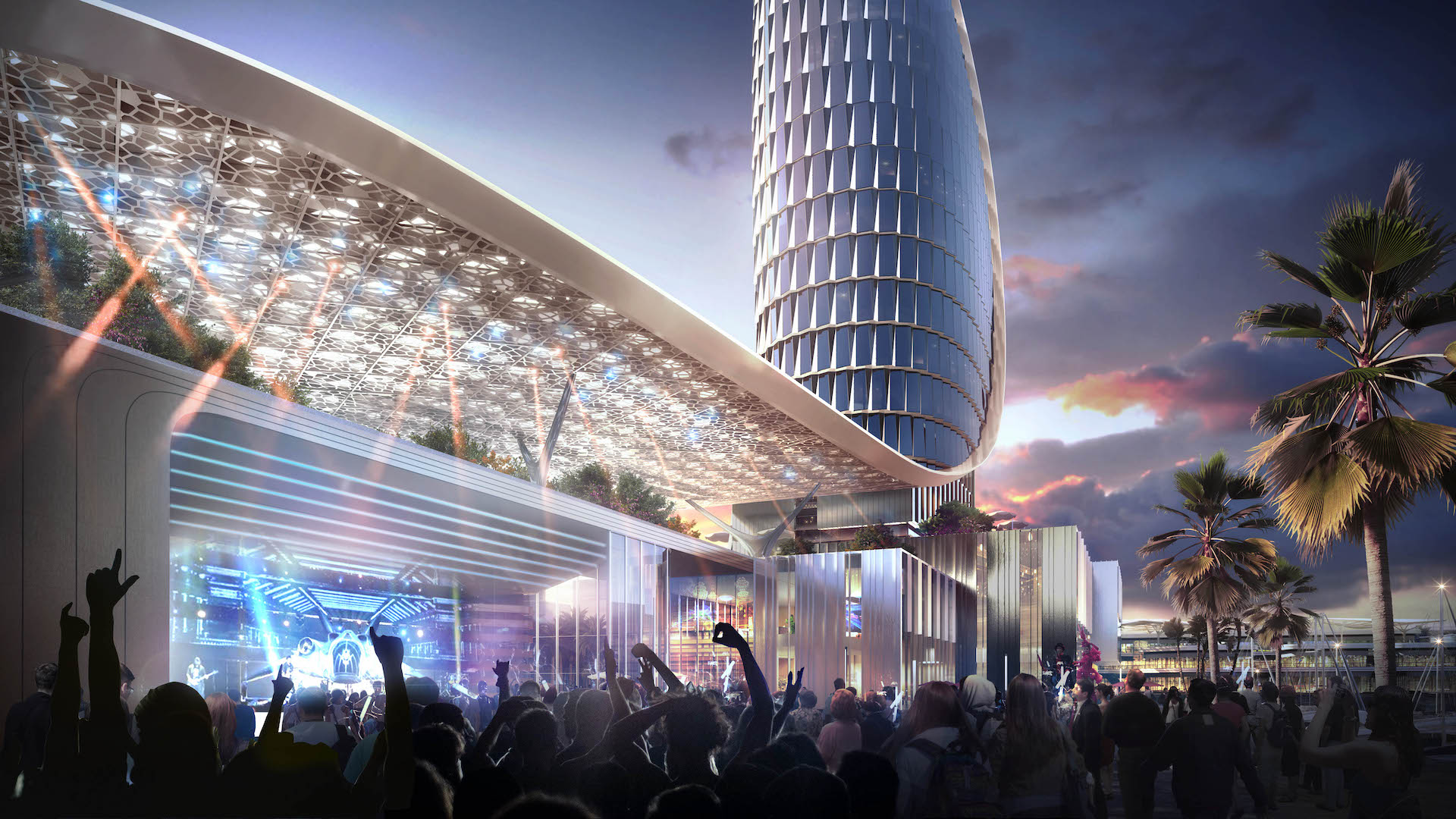 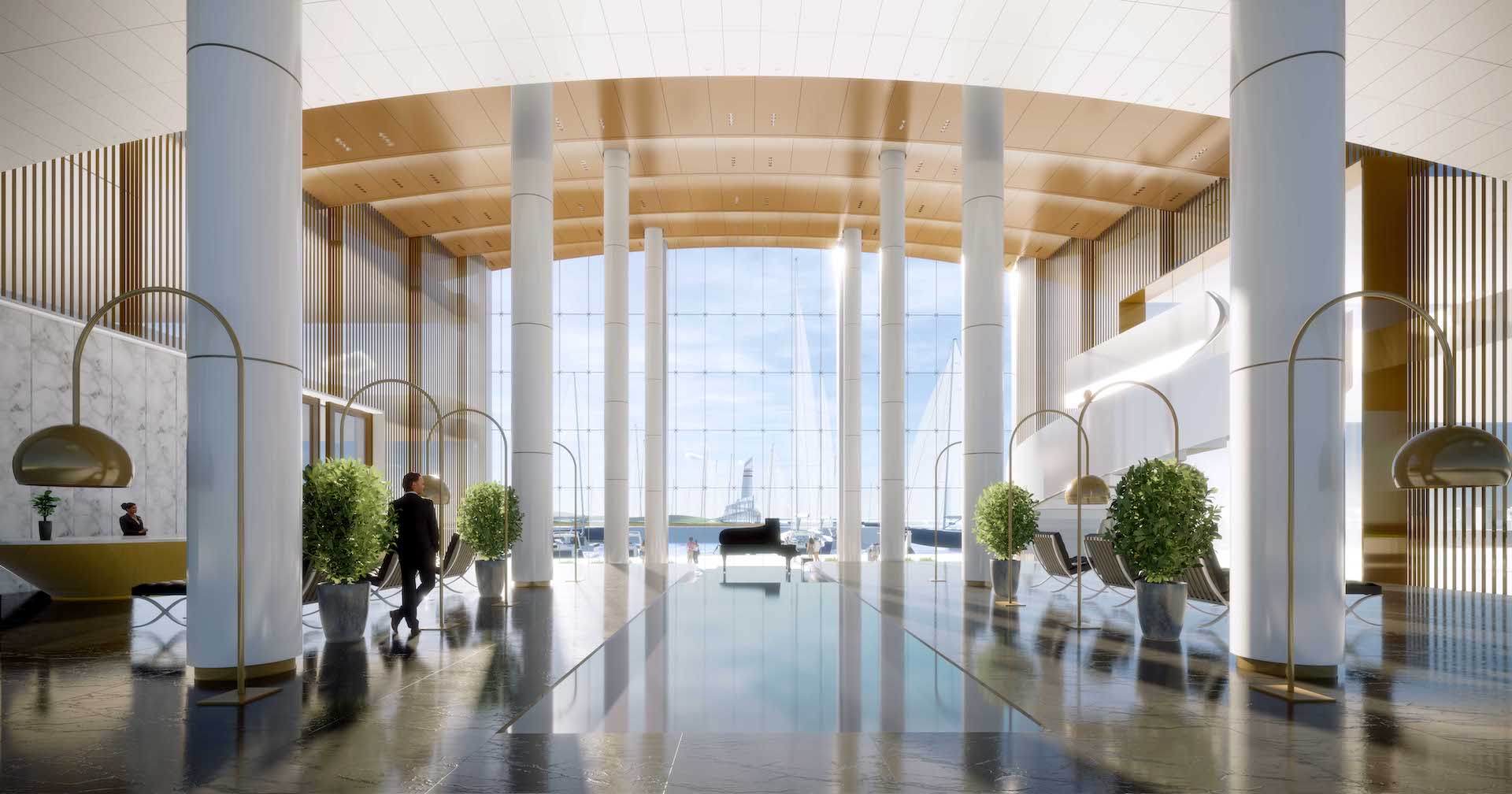 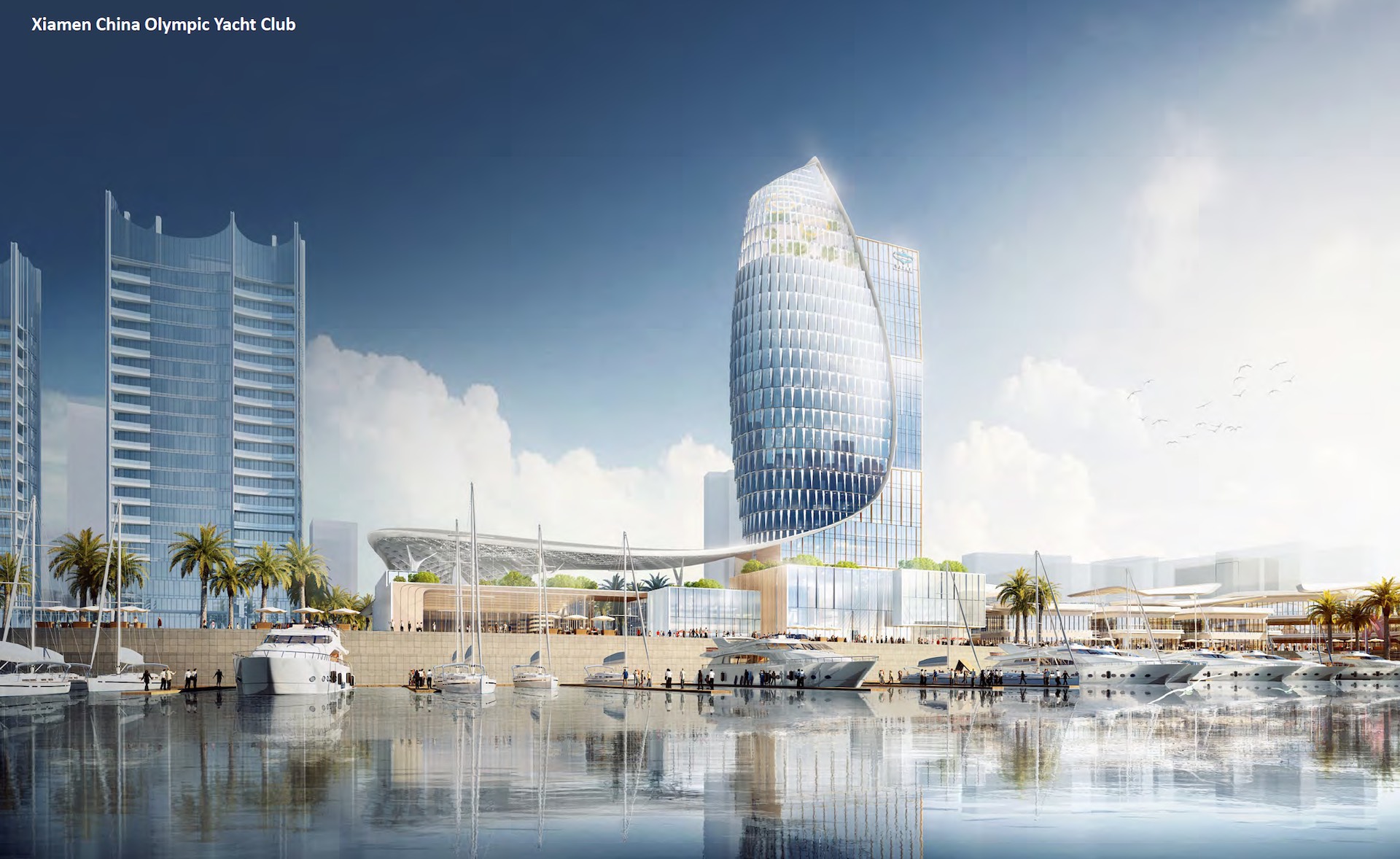 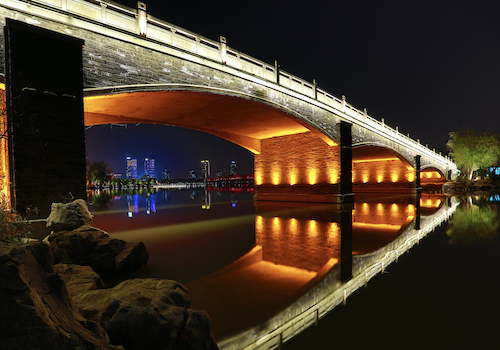 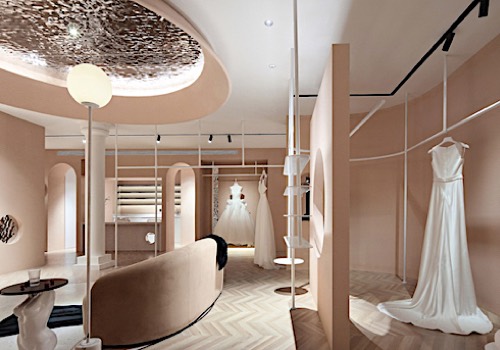 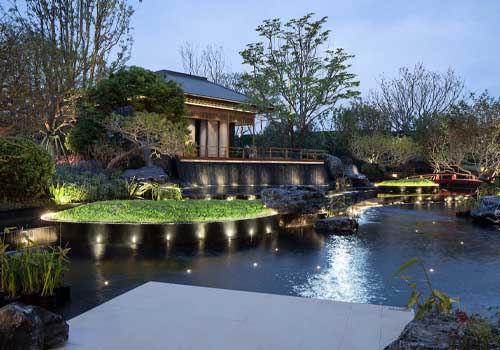 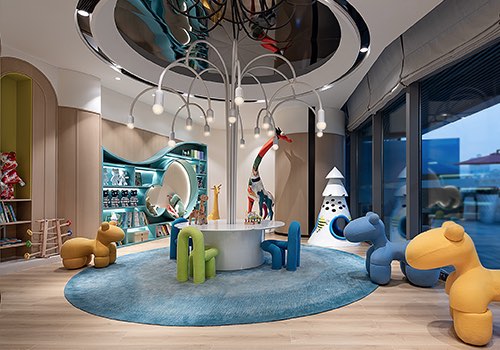