City Hall of Century One Mile

The area of 1378 square meters serves as a showroom and a community center in two different phases. The extremely limited space undoubtedly brought a big challenge to the design. Considering the site shape, the north-south space is narrow, so the design makes the effort in the east-west direction by setting slice walls to enrich the spatial hierarchy. Several east-west walls of different lengths divide the spaces and guide people from the main entrance to the central garden of the community step by step. Moreover, the walls parallel to the two residential towers also avoid the interference between the residential area and the public area. Organized by the walls, there are three box-shaped volumes of different sizes and functions are quilted among them. And the spaces among the box-shaped volumes forms the courtyard. To create a unique sense of experience and a pleasant sense of scale in the cramped venue, architects imitate the natural changeable terrains, by guiding people to raise, turn and shuttle. The main entrance of the folded door frame produces a strong guiding and entrance image, completing the space conversion with a sense of ritual. The glass box placed along the street interface is for external display and interaction, which also broadens the visual range internally and relieves the oppression of the space. While the detachable enclosure forms a coherent interface with the entrance, it also forms a relatively independent internal environment. The form of the secondary entrance is similar to that of the entrance along the street, with a larger span, which produces a progressively increasing spatial feeling in people's psychology. The grille is another influential factor in the space, whose translucent physical attributes greatly enrich the spatial hierarchy. The interspersed insertion of water and forest is to create a viewing experience of moving and different scenery, and it is also a pleasant home way. 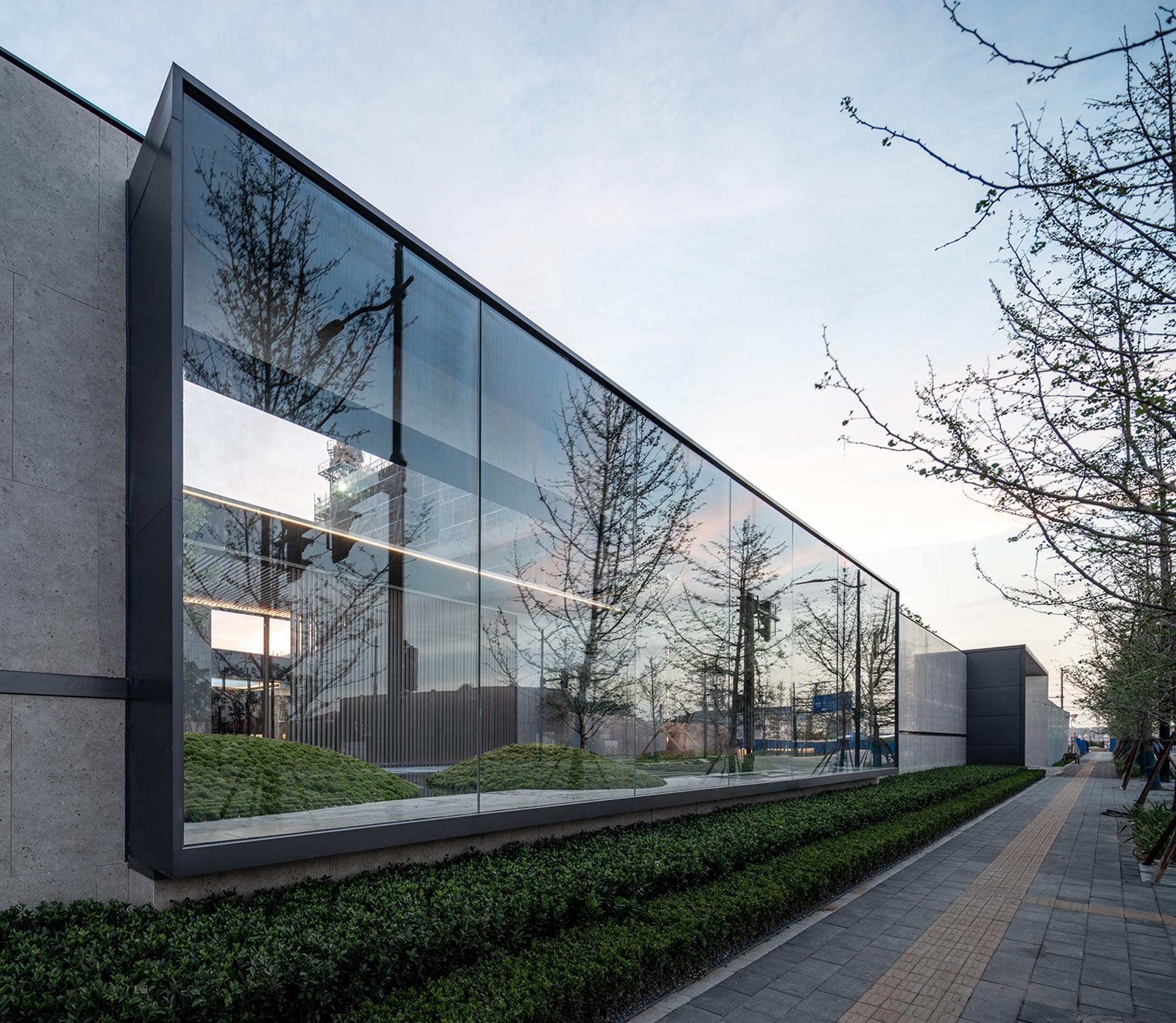 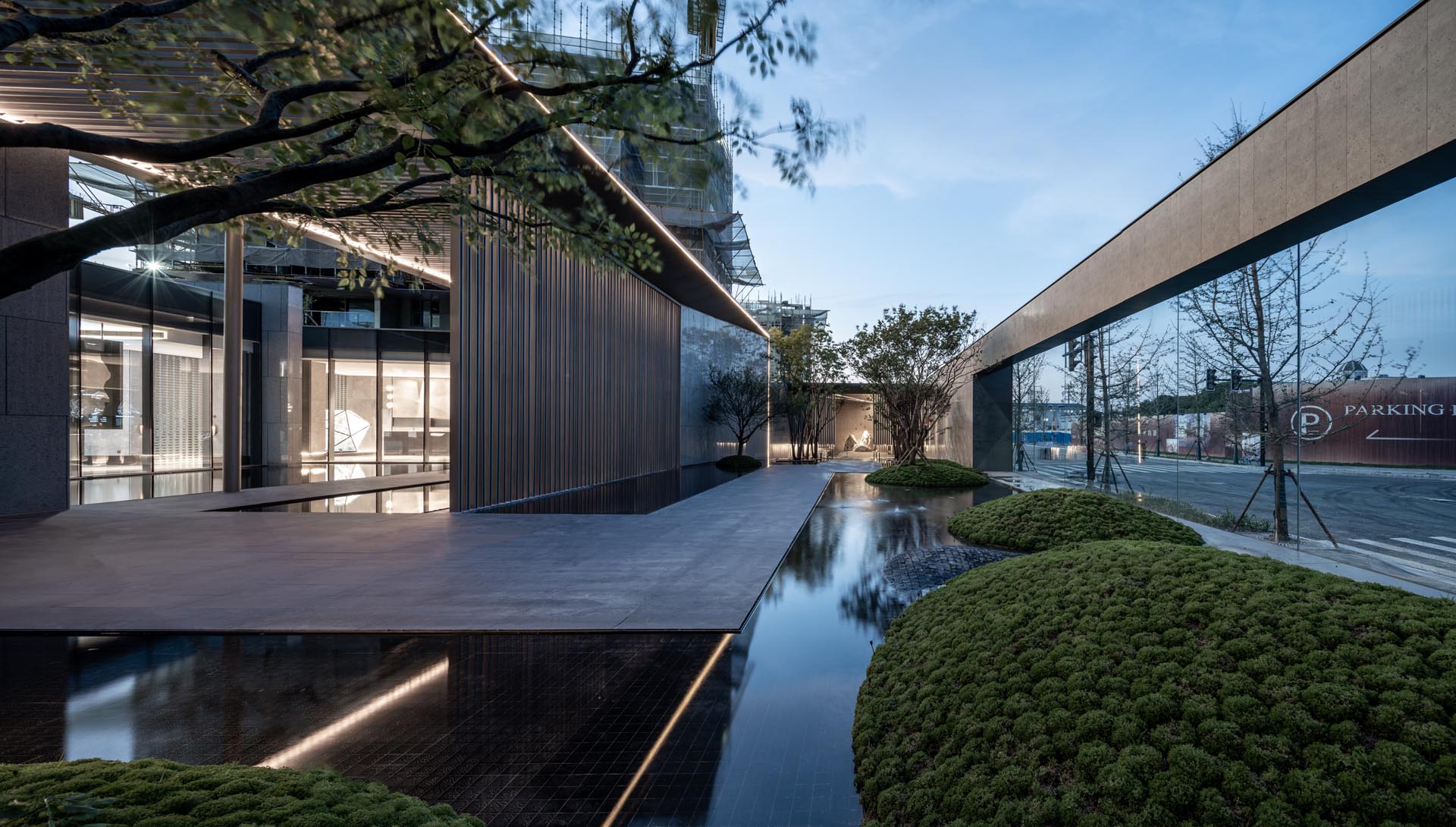 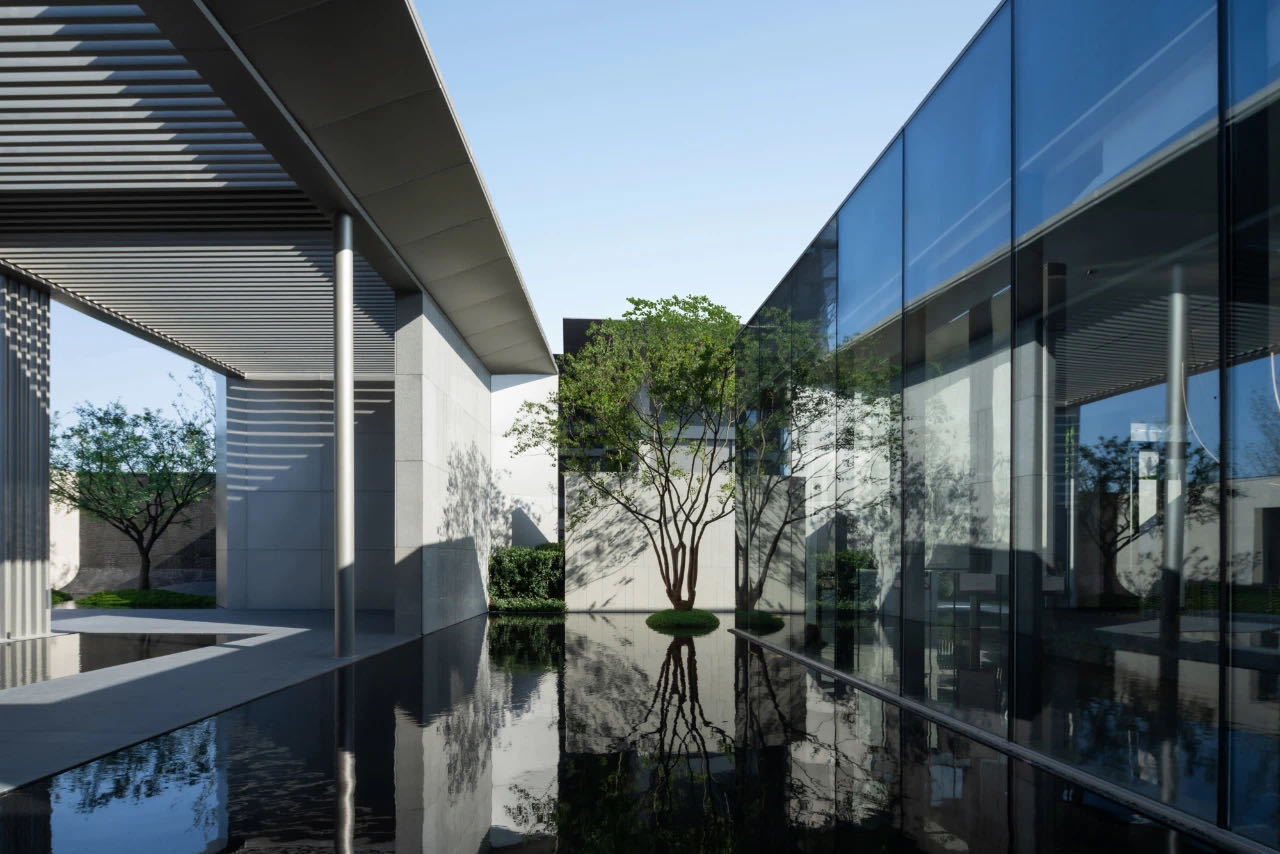 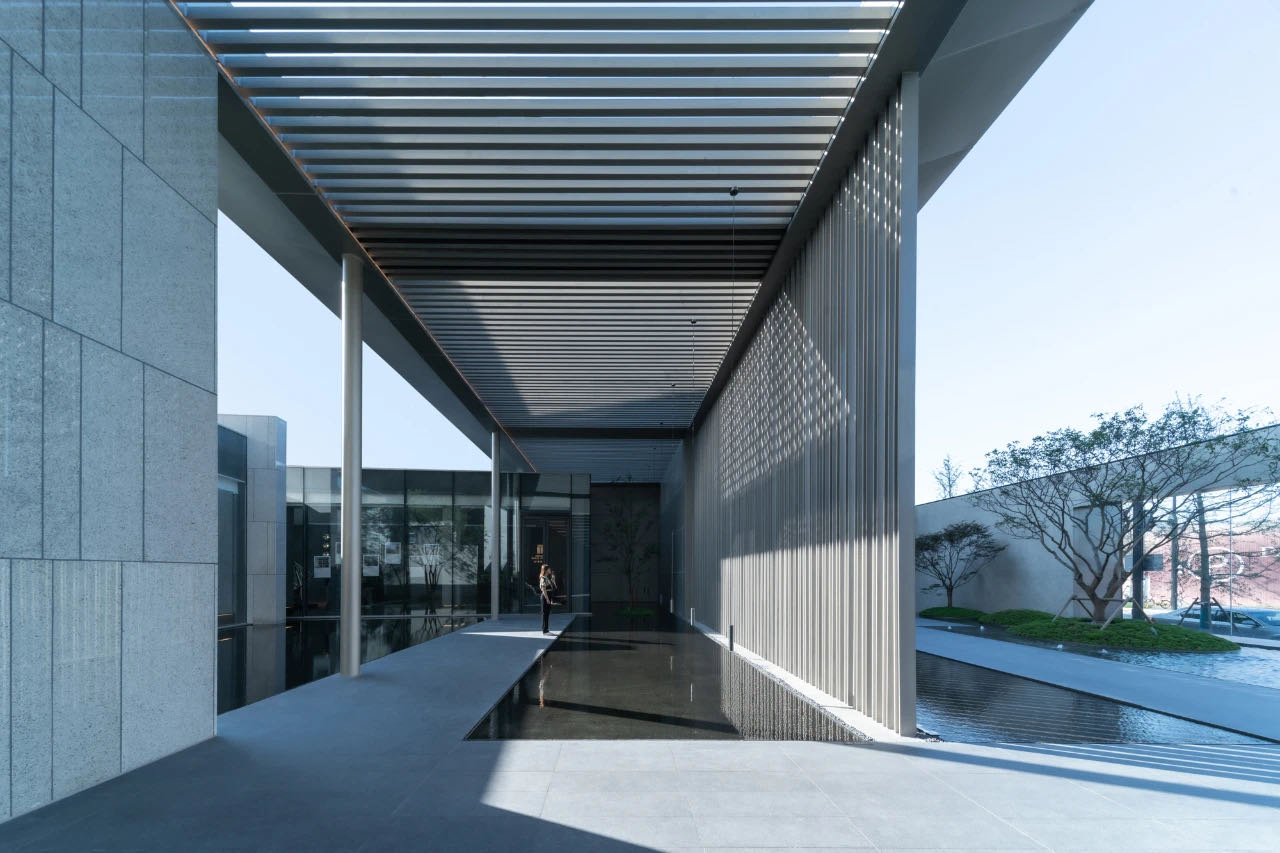 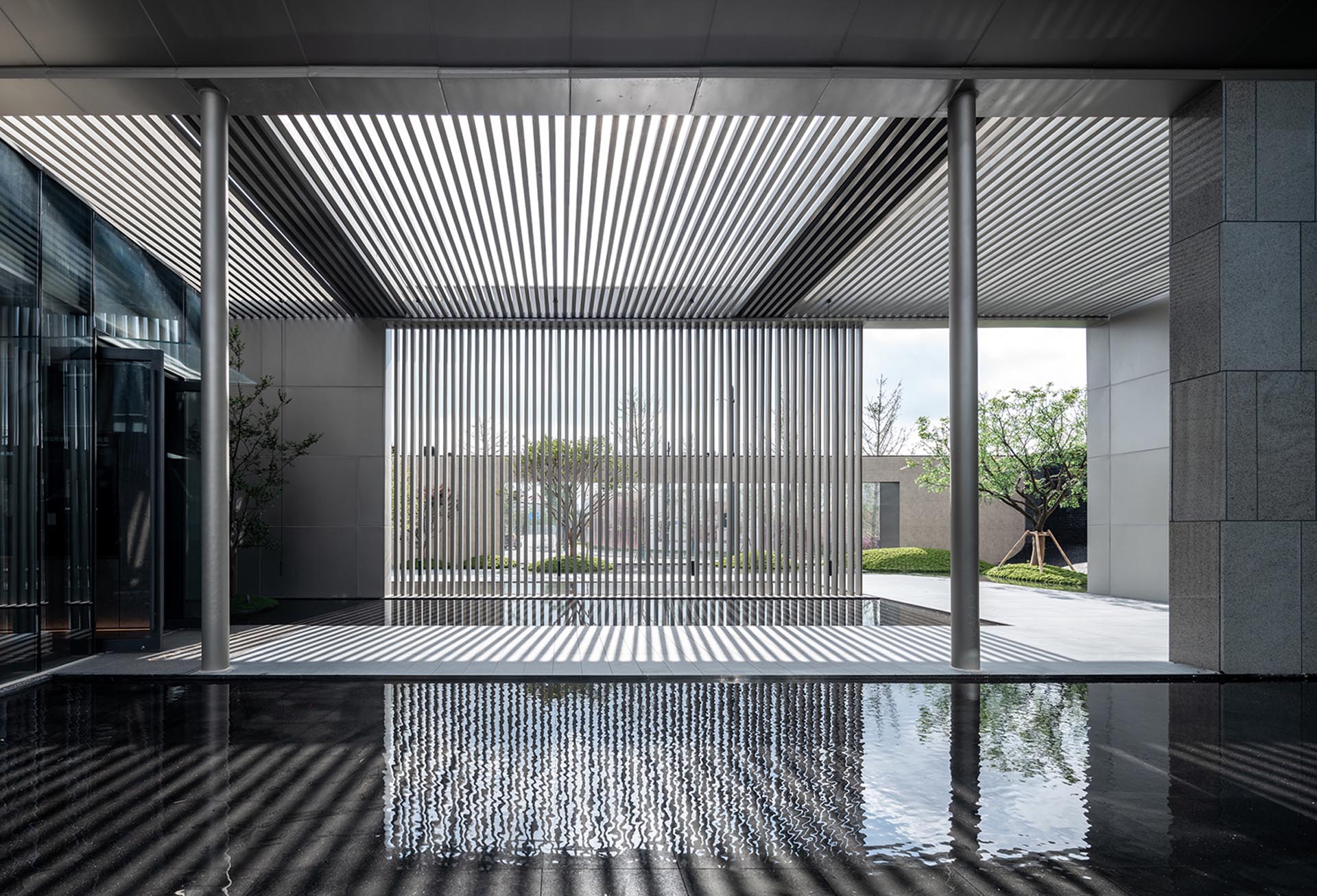 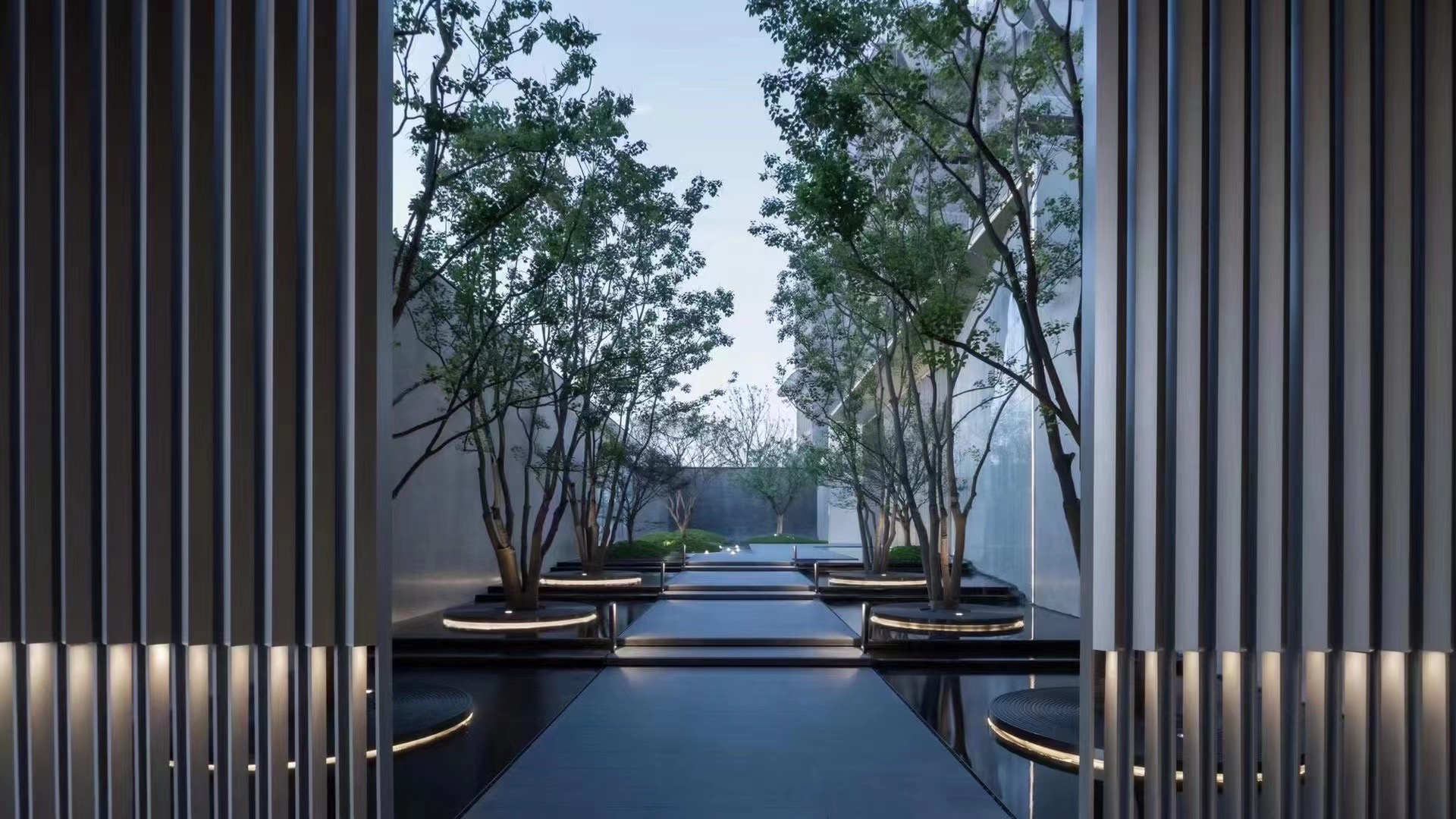 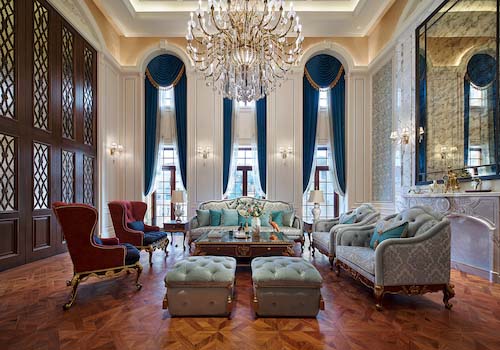 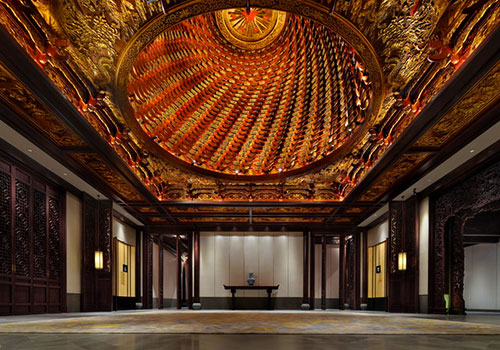 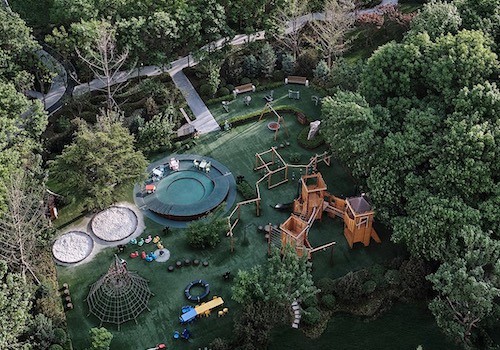 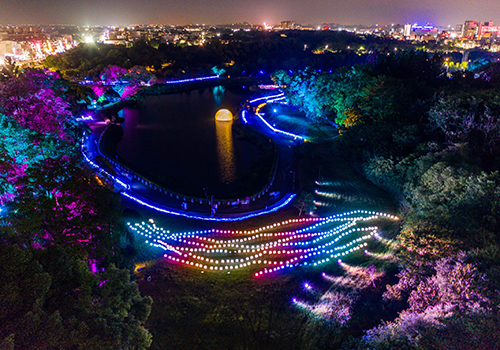