The landscape design of Liuquan Academy project is presented as an open space, which brings an unique street photo to Zhangdian District, Zibo. At the beginning of the design, we considered the architecture as the background and the landscape as a representation of a sculptural scene. The whole facade is divided into two sites, east and west. The eastern site is the entrance area. The space is fully opened and steps are added to form spatial changes. The name of project is placed on the facade. The west side of the site brings spatial and visual integration between the building and the city through rich greenery and landscape walls. The finishing touch - Shujing (realm of books) sculpture reflecting in water, which will show the the dynamic feeling of the sculpture when the wind blows. The design inspiration comes from the Chinese name. From this, we extracted an unique design language which became the exclusive symbol of Liuquan Academy. At the same time, the details of the project also present the final effect after repeated deliberation. For the part of the sculpture, the internal steel pipe structure and the external aluminum plate is adopted in the first place. The effect presented by the small sample is too cumbersome to present the feeling of elegance. Finally, we decided to use a single steel plate to form, and the sense of flexibility and elegance came into being. The hollow lettering on the steel plate forms a reflection in the water. Tiny details are also reflected. For the part of the landscape wall, we planned to make random composition on the aluminum plate perforation, but according the overall layout, it is finally presented with regular patterns that match the site better in combination with the lighting design. 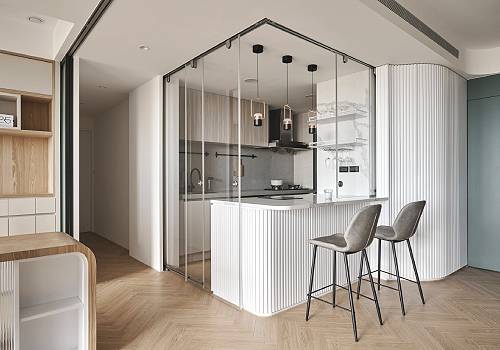 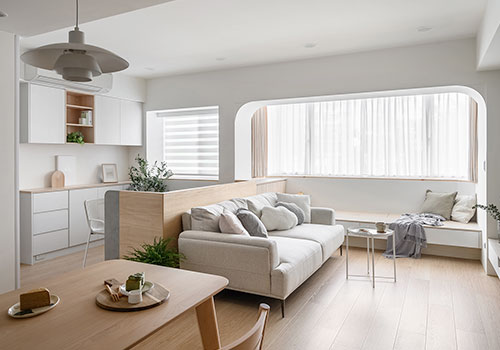 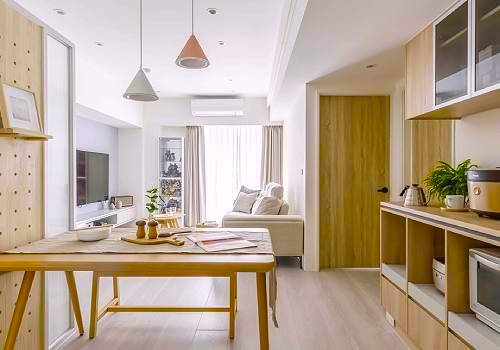 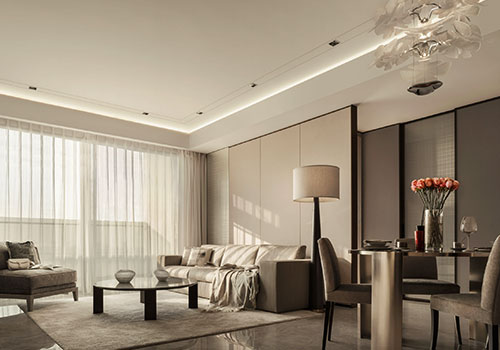