As part of amenity renovations to an existing eleven story building, the Rippowam Club was the result of a dramatic renovation of the fifth floor, which had previously been a commercial kitchen. The design team decided to capitalize on exterior views of lush foliage along an exterior terrace while embracing the industrial aesthetic of exposed structure and overhead utilities. Tantillo Architecture selected the Pipeline Modular Supension system to illuminate the space, creating an architectural feature that spanned across the entire fitness area. Pipeline Modular Suspension has an industrial vibe paired with simplistic elegance. This lighting system was selected by Tantillo Architecture early in the design process. With its decision to remove suspended acoustical ceilings and expose the existing structure above, the design team had to contend with a large run of ductwork extending overhead, bisecting the space. The solution to this problem was to configure the modular lighting system with dropped center sections in order to accommodate the ductwork. This articulation of the Pipeline system underneath all ductwork and existing pipes reinforced the industrial look of the ceiling while creating a sculptural lighting effect. Pipeline Modular is a flexible lighting system featuring a round profile to seamlessly blend with pipes, conduit, ducts and vents. Pipeline's easy plug-and-play design features multiple connector options and light channel lengths making it easy to create, install, and update later! Pipeline can turn corners and scale walls while going up and around existing ceiling ducts and vents. The channels are rotatable for optimal lighting, and you have wall wash and track head options. Pipeline delivers a modern, industrial look that enhances commercial spaces with high or open ceilings. The added ability to change the layout later due to spaces being redefined and requiring an adjusted lighting layout gives Pipeline Modular an edge over the competition. It features nine color temperatures to choose from, high CRI, and warm dim. 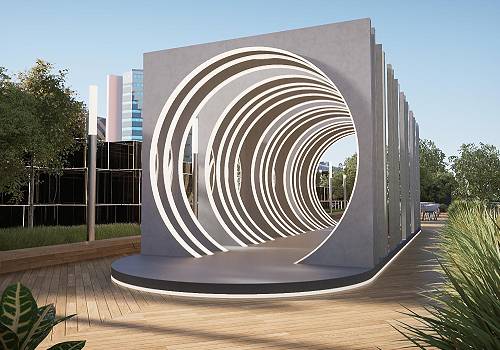 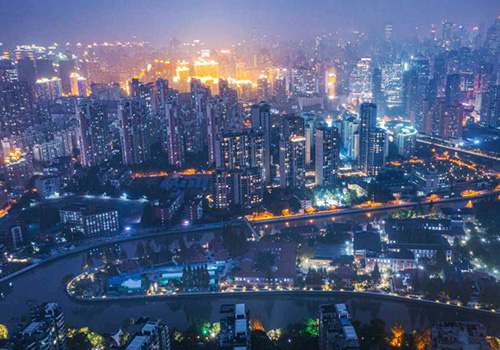 2022
Landscape and waterfront space of Ecupl 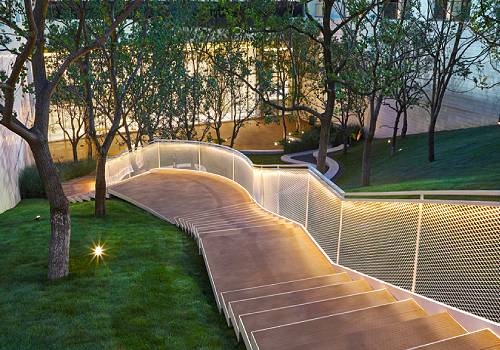 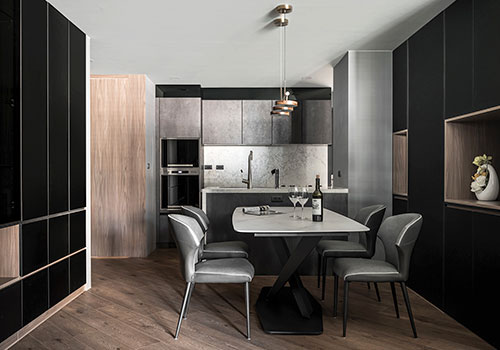