standards for the restoration in this area do not allow extensions and require in materials and architectural elements as an integration with the natural environment. indeed ,the project is based on respect for the context by seeking to balance volumes which are exactly the same as the previous buildings, in a landscape characterised by the colours of the surrounding vegetation, the limpid waters of the river and its conglomerate ridges, which became the inspiration for the choice of materials and the right relationship between full and empty spaces. The 9000 m2 plot on which the building stands is located in an area conditioned by regulations for the protection of the landscape and local fauna, and in the past hosted a dog pound. The backbone of the building is a fair-faced concrete wall which not only links the two units, but also forms a large portal facing the river and providing an entrance for both the Architects’ Studio and the dwelling. The idea was to create total symbiosis with the river and this led to the decision to make the south side entirely in glass, extending the already generous dimensions with a large terrace overhanging the drop below. To fully enjoy the view of the woods and river from the living room, opaque walls have been avoided as much as possible. The use of glass not only gives the benefit of light reflection (blending better into the surroundings), but also provides the opportunity to benefit from sunlight during the winter months. In line with our desire to fit unobtrusively into the natural context, exteriors are faced with Muggia stone. The studio is clad in untreated Siberian larch which will acquire the same shades as the neighbouring woods over time. Another material used for cladding both the house and studio fronts is Corten, chosen because it harmonises with the colours of the earth. The conglomerate which forms the cliffs on the River Natisone . 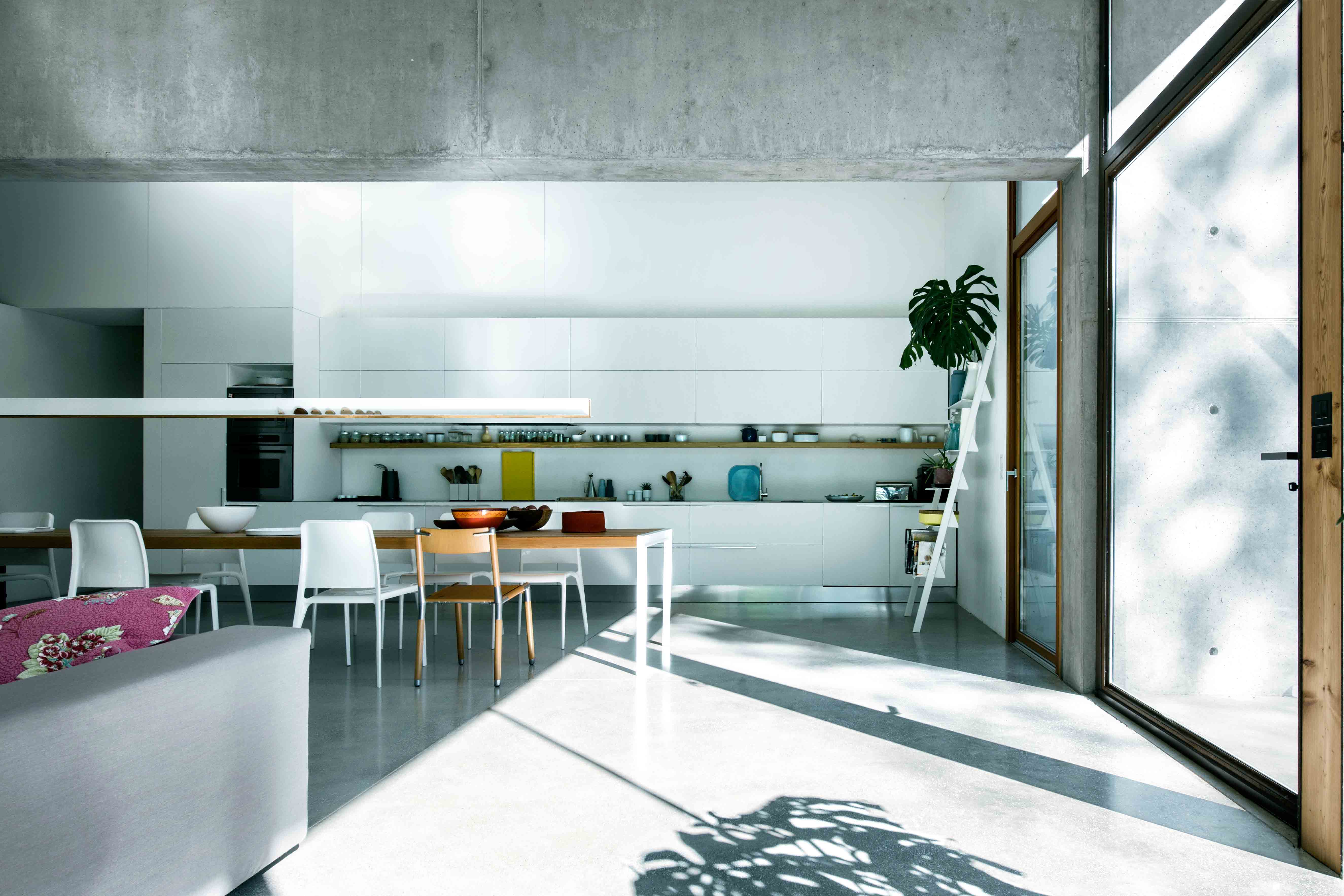 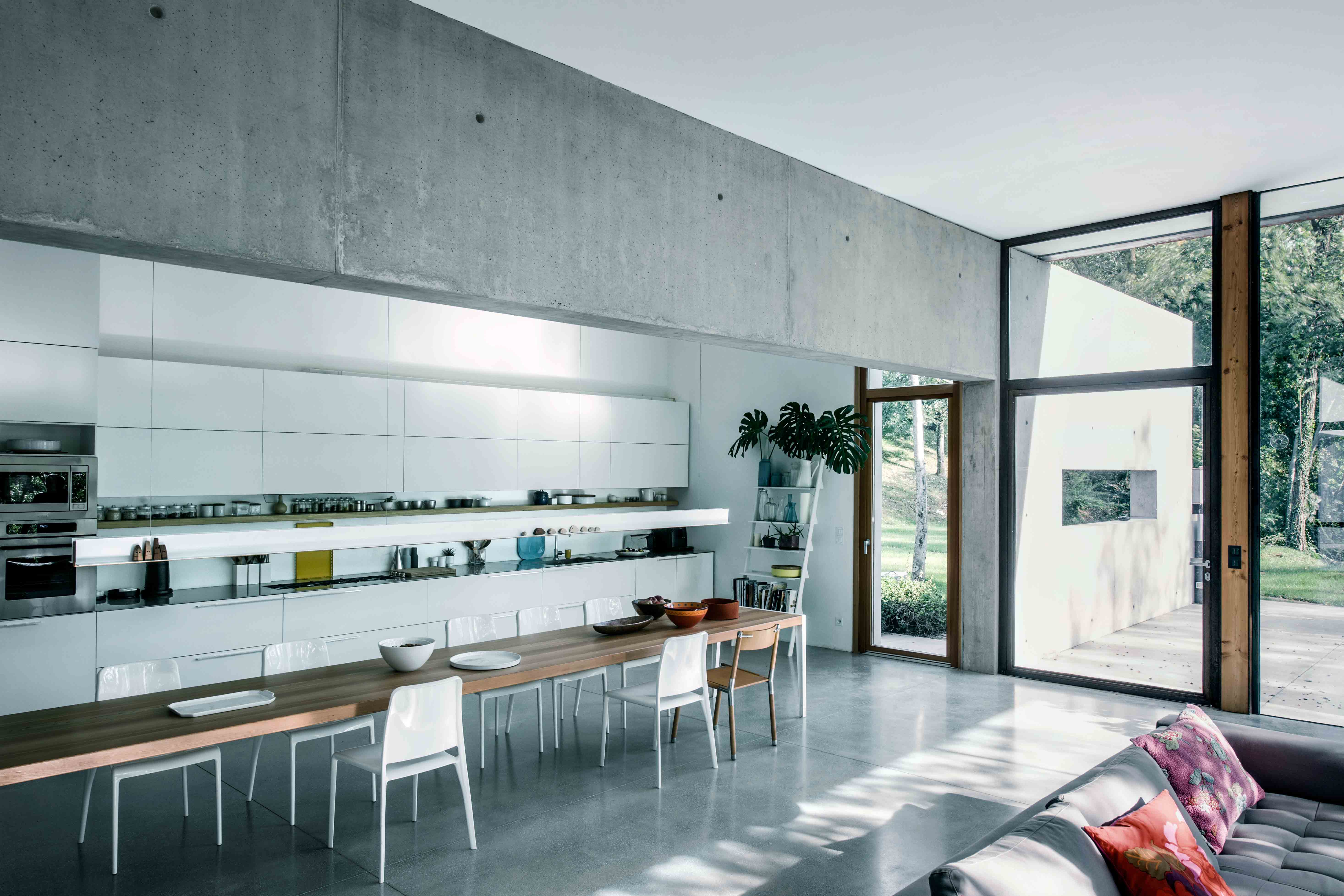 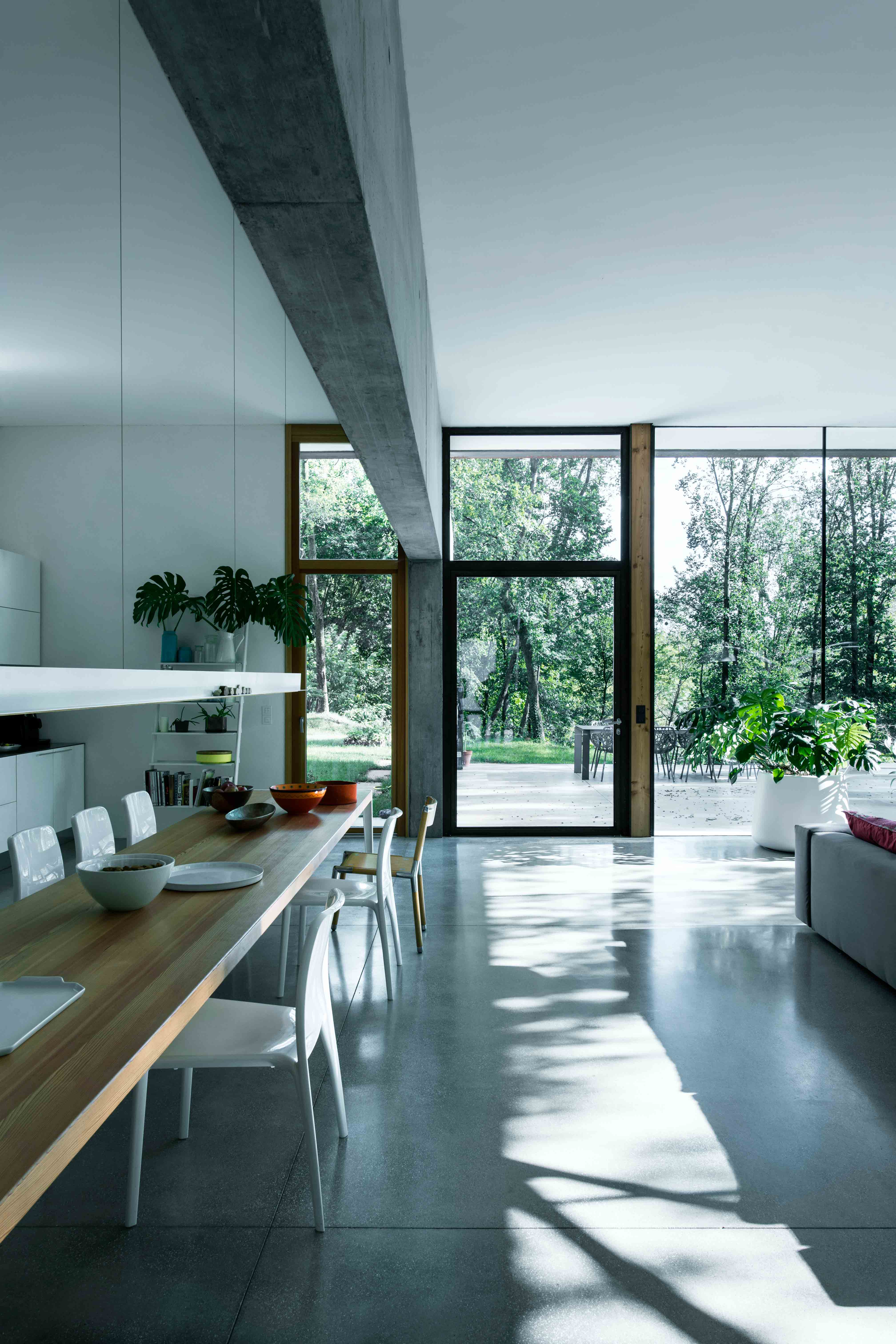 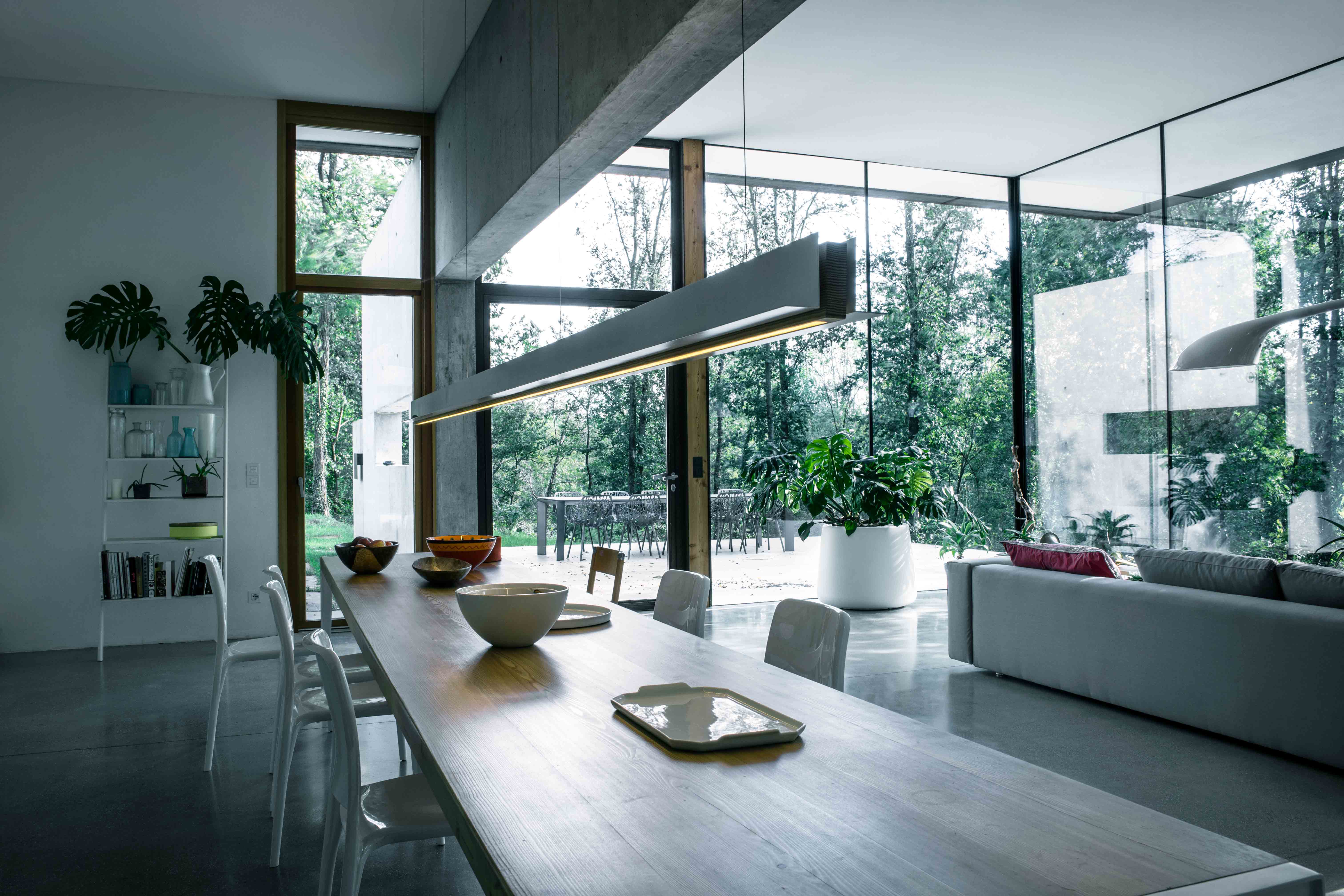 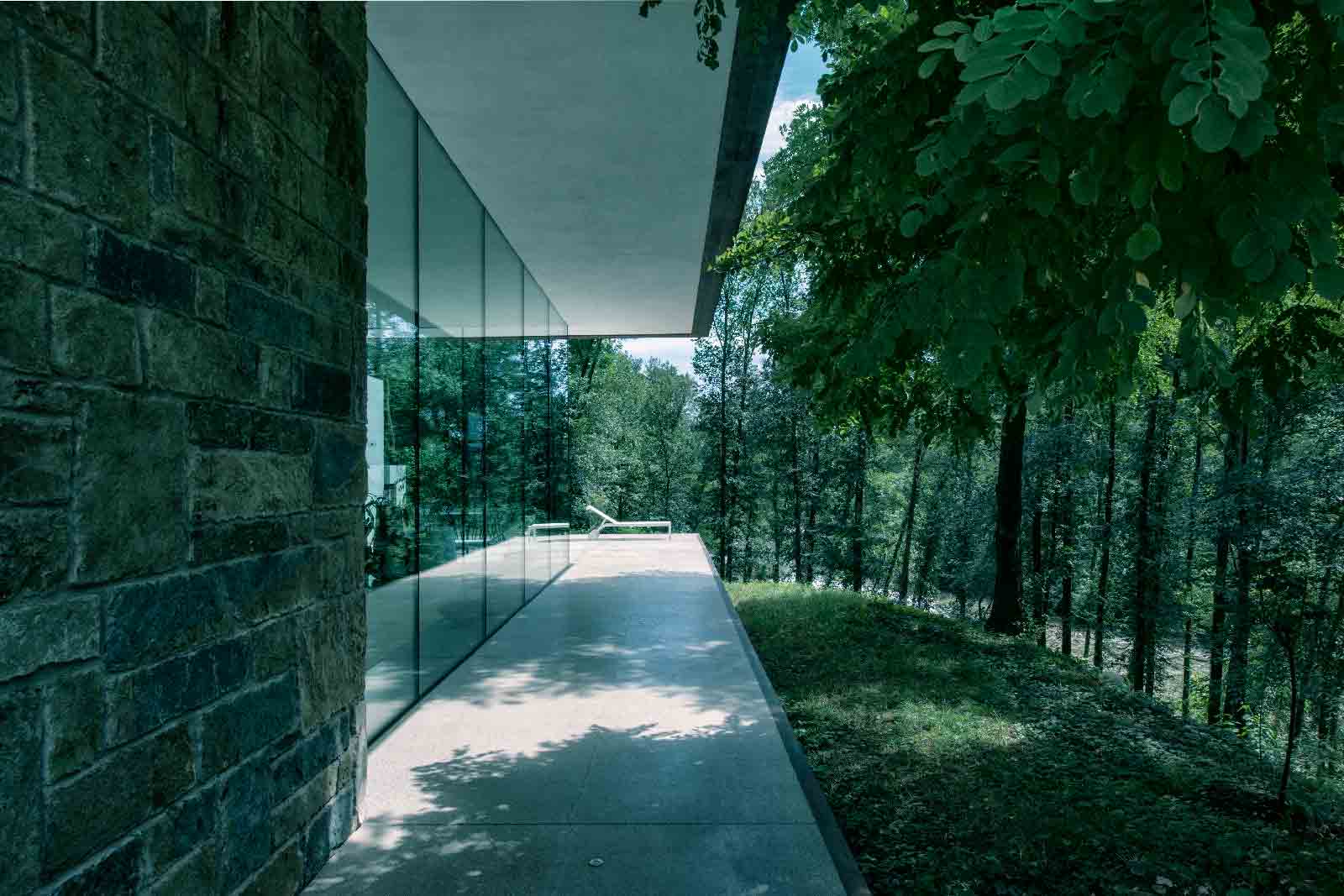 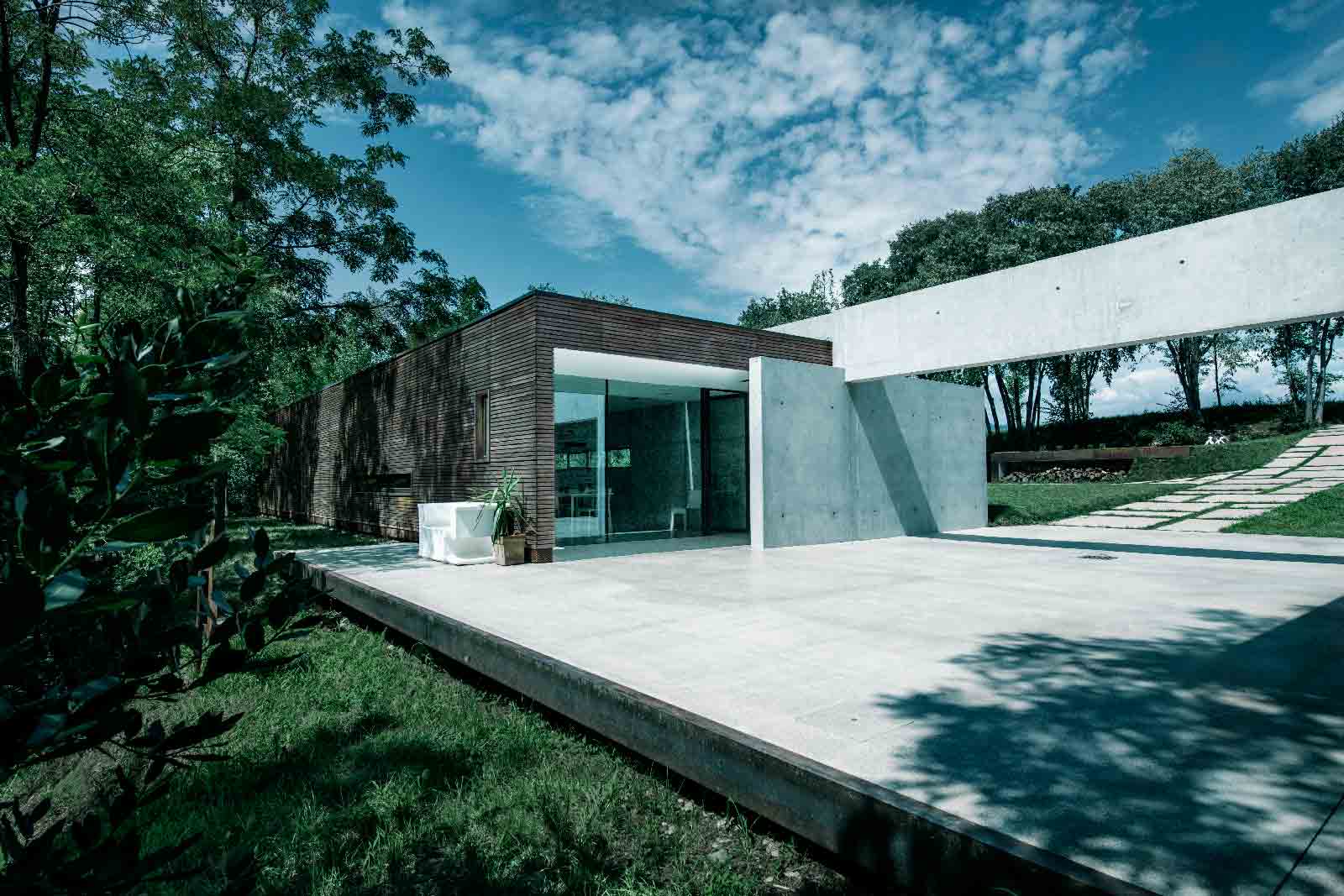 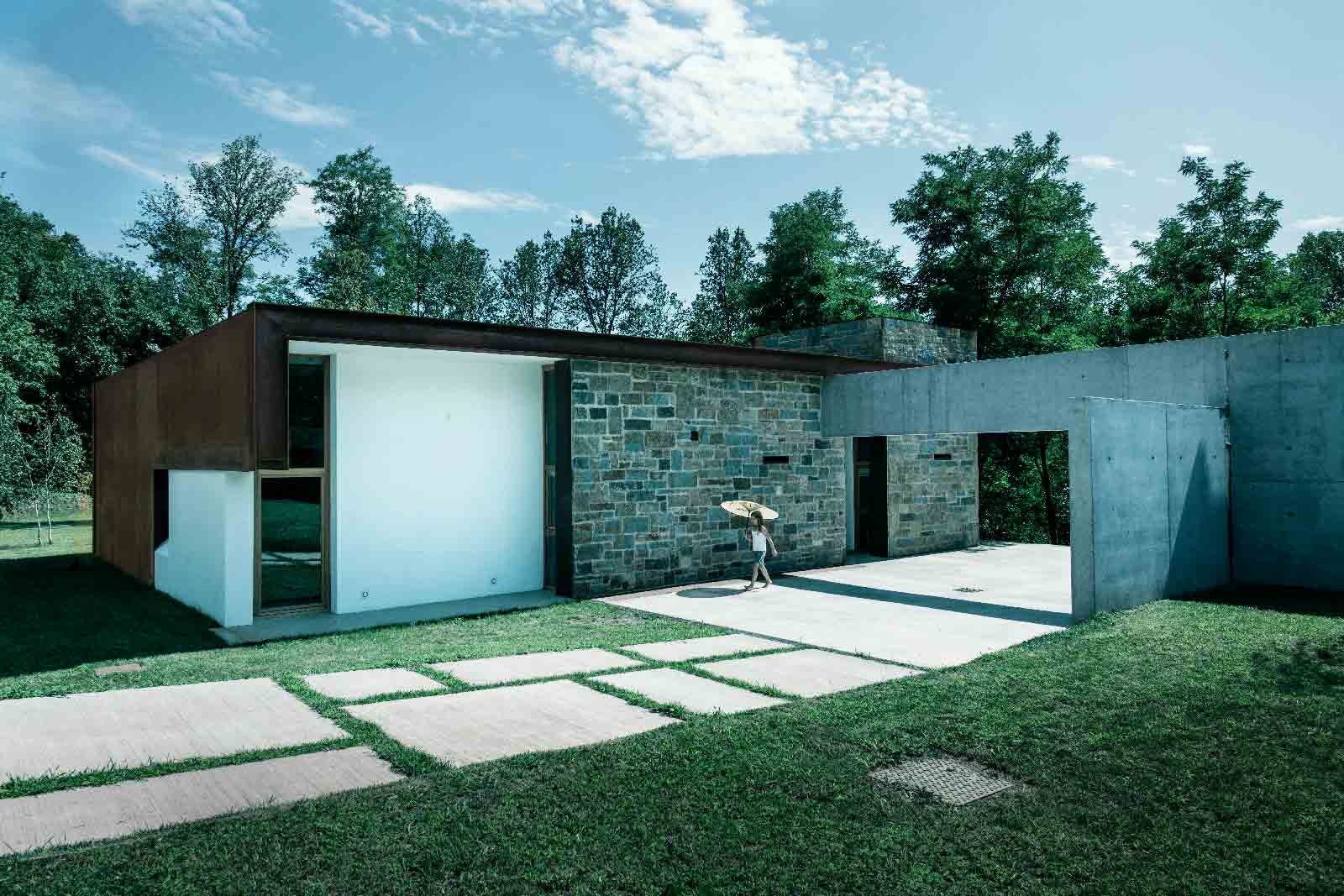 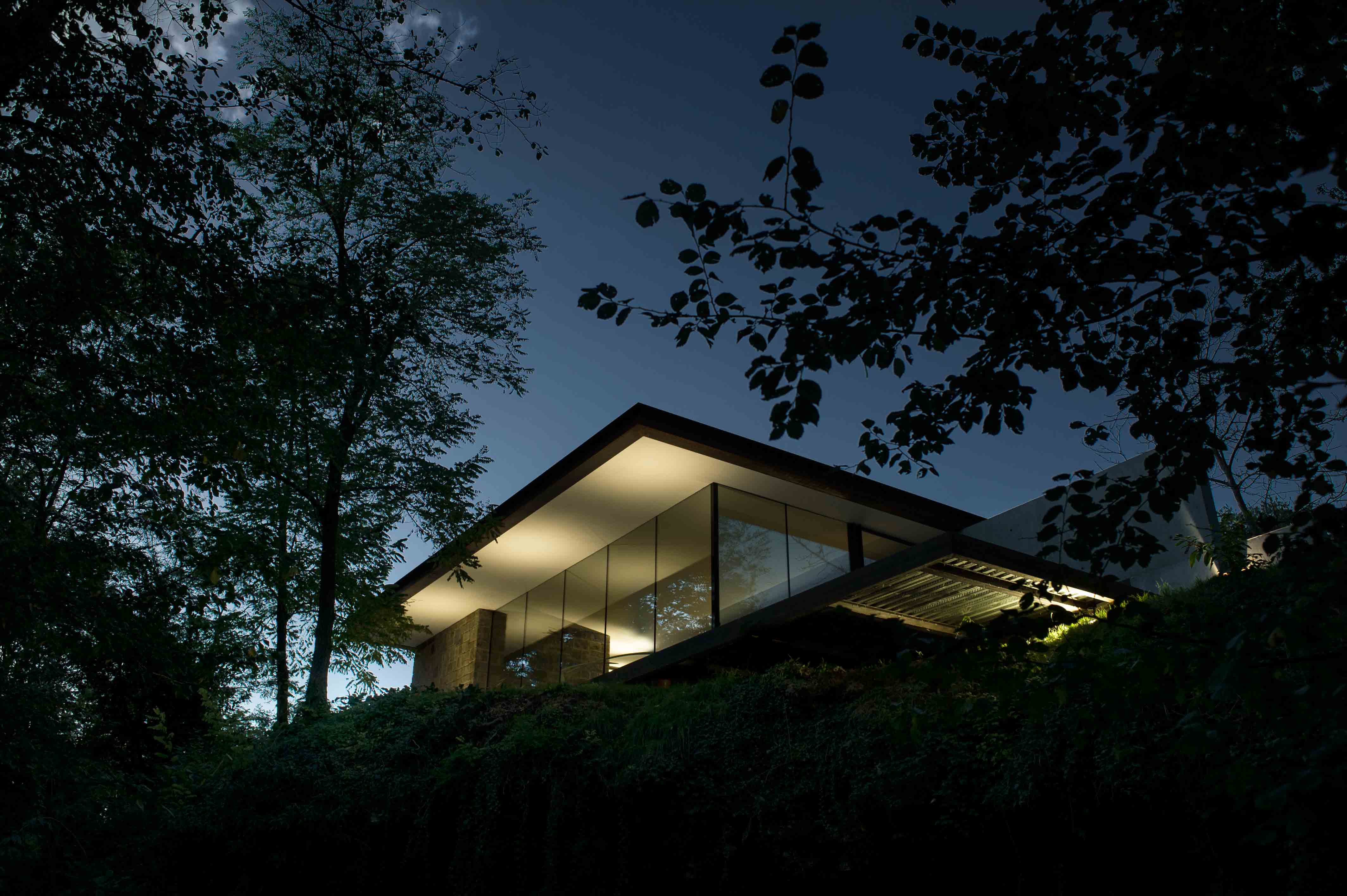 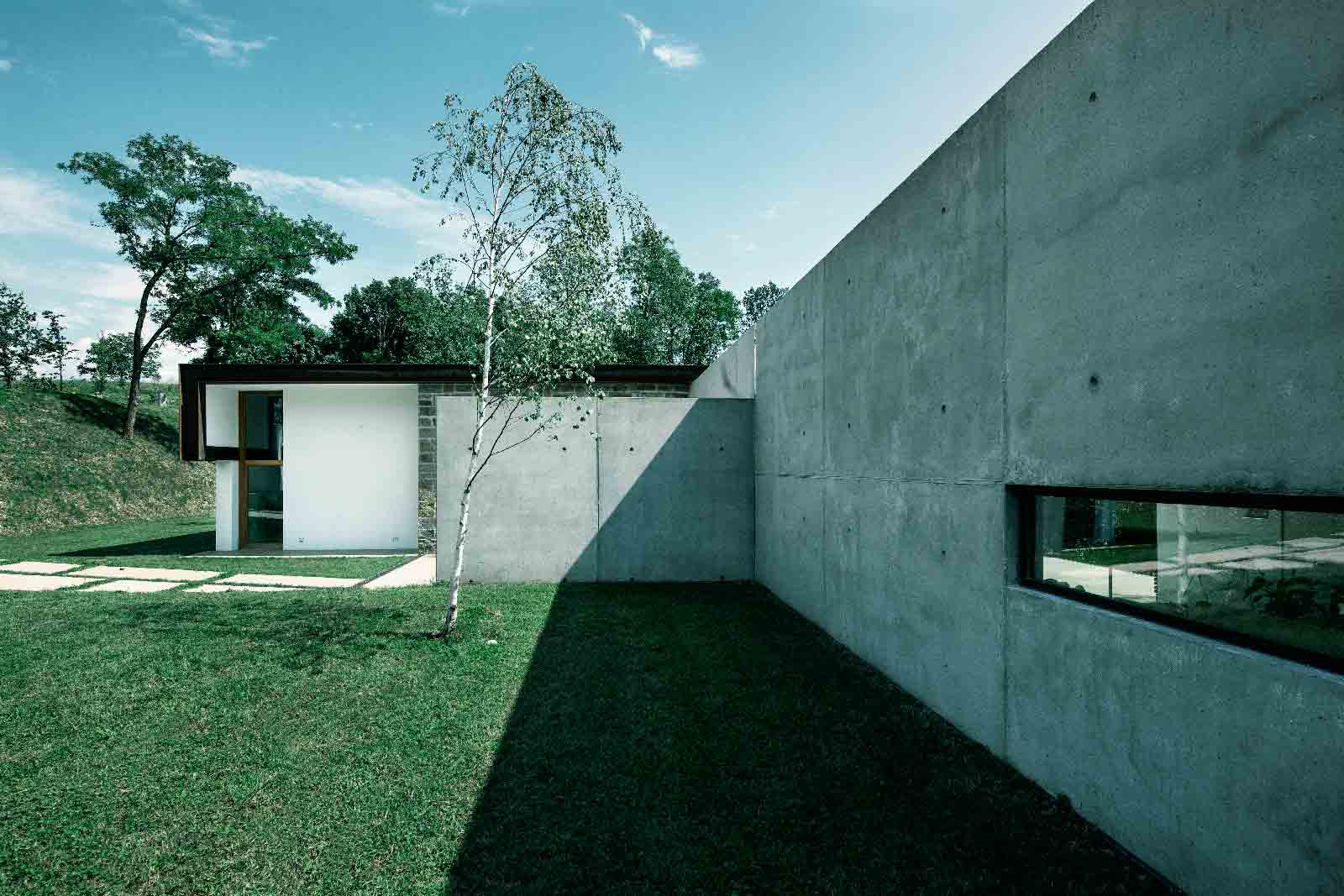 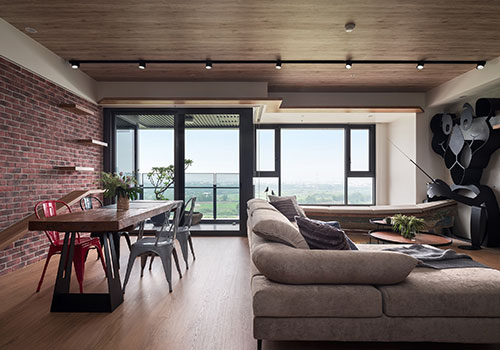 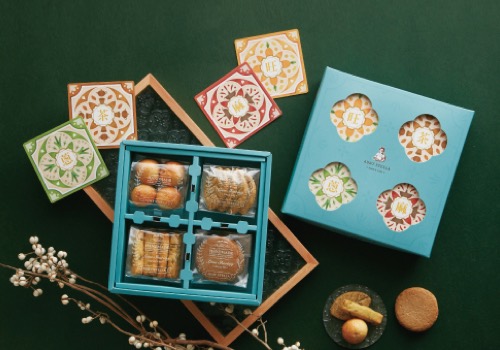 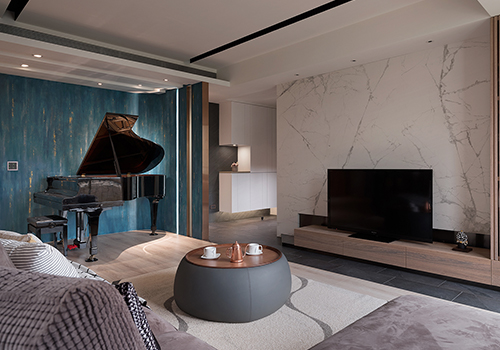 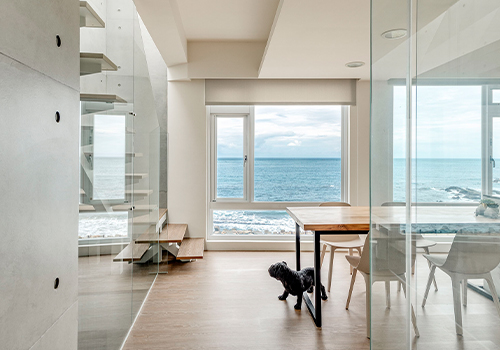