Jinmao Smart Science City is located in Changshu, Suzhou, within half an hour of Shanghai’s metropolitan area，Core area of the Hudong Science and Technology Business District in the southern new city. It covers an area of approximately 400 acres and has a total investment of approximately 11 billion. Hudong Science and Technology Business District plans to build a total construction area of 469 hectares, including residential, commercial and public facilities. Our site is located in the middle section of commercial financial strip land.The site has a view of Kuncheng Lake, and there are 30m landscape green corridors in the interior of the site. The site is adjacent to Kuncheng Lake, with blue waves and koi shadows around the island. The design draws inspiration from it. The curved and flexible architectural outline simulates the natural swing of the koi. At the same time, the corner space released by the building's rearward movement is built into a circular pool square, which echoes the building, forming the Kuncheng koi and the fish leaping. Implies the splendid development of Jinmao Smart Science City. The idea is to create a new smart and scientific ecological new city, and build a new engine for the development of Changshu’s urban development industry and the improvement of energy levels. The Sales office is not only a living room that provides conference services, but also takes into account various functions such as early display experience and sales negotiation, as well as late property office. As the first completed building, it is not only the first appearance of Jinmao Smart Science City, but also shoulders the important responsibility of communicating with the public and the city. 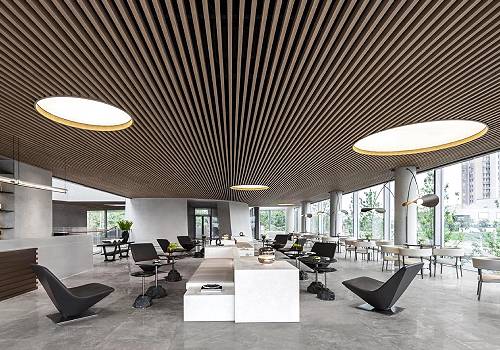 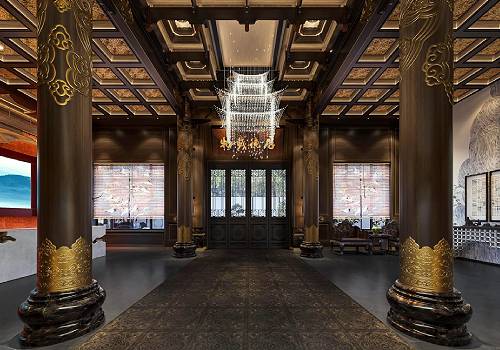 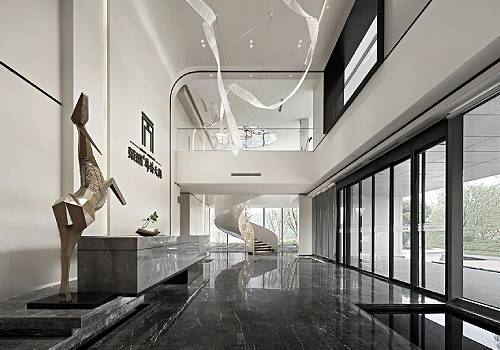 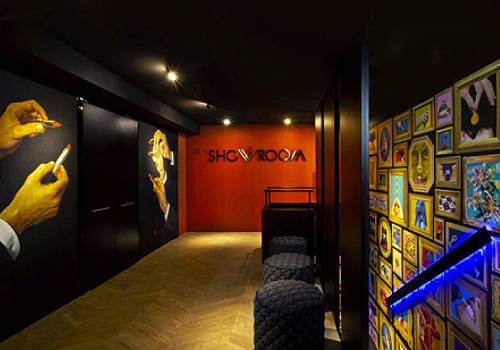