The Tang Dynasty MIZAO Golden Top is a high-end liquor with a focus on the heritage of Tang Dynasty culture. “Golden Top” indicates the highest and the best. It echoes the spiritual needs of high-end liquor consumers and reflects the brand’s aspiration to lead the industry. In correspondence with its name, the bottle cap is a golden one, with its design inspired from the top of the pagoda. It is carved into a wave-like shape, symbolizing its lingering aroma. The bottle body follows the pottery technique of the Tang Dynasty and combines the building and liquor cultures. The entire body is made of cloisonne. The smooth bottle resembles a kind of jade in Tang Dynasty, highlighting the inheritance and interpretation of the Chinese culture. The recessed bottle bottom is ornamented with Chinese classical royal pattern in the Tang dynasty and the four ancient divine animals, i.e., blue dragon, white tiger, rosefinch and basalt, symbolizing good fortune. Its outer packaging bears imitated Tang Dynasty calligraphy and the Zen picture of cranes in the lotus, a metaphor of auspiciousness and virtuousness. The golden protective pieces at the four corners strike a balance in the overall color layout. 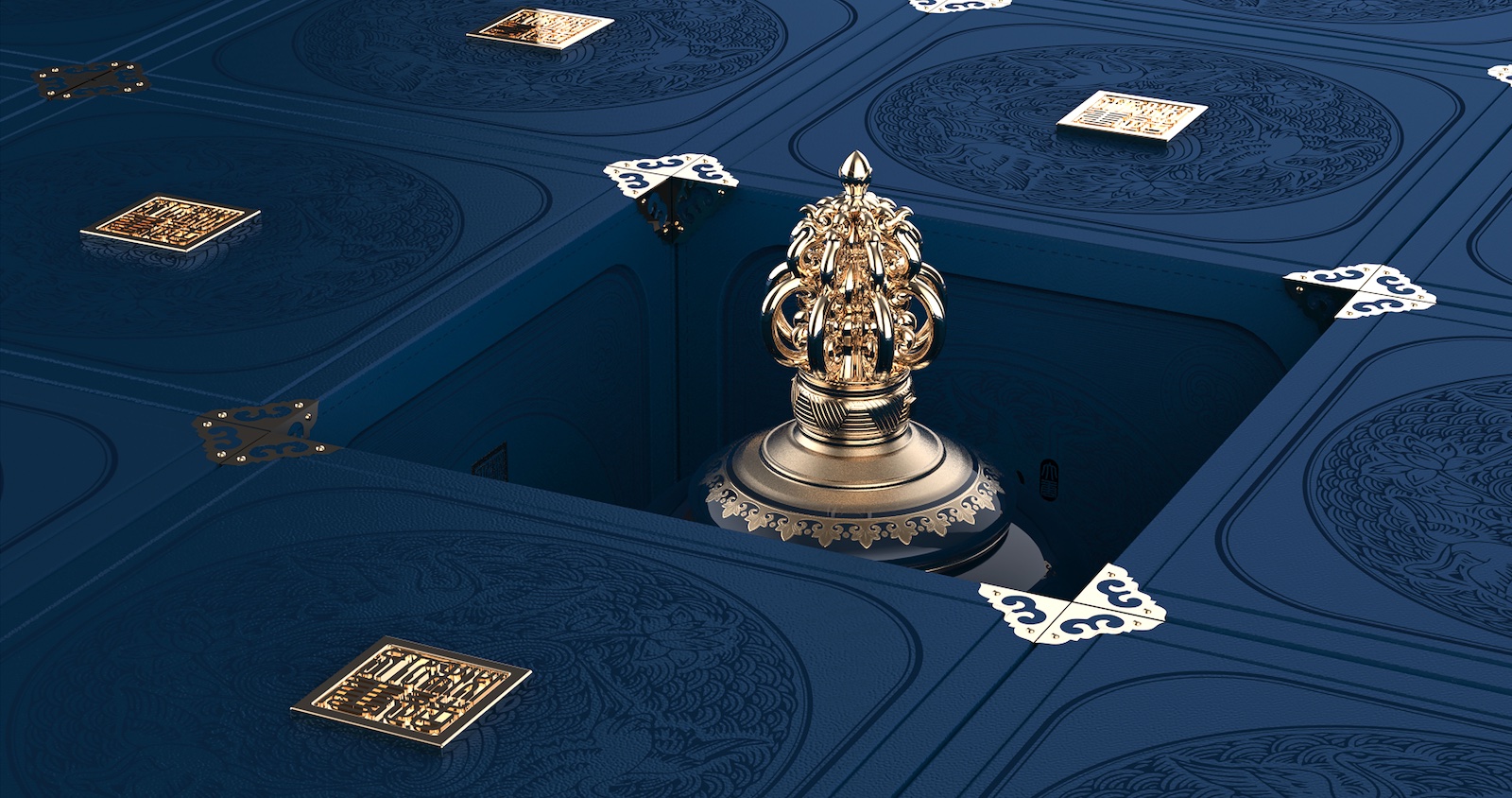 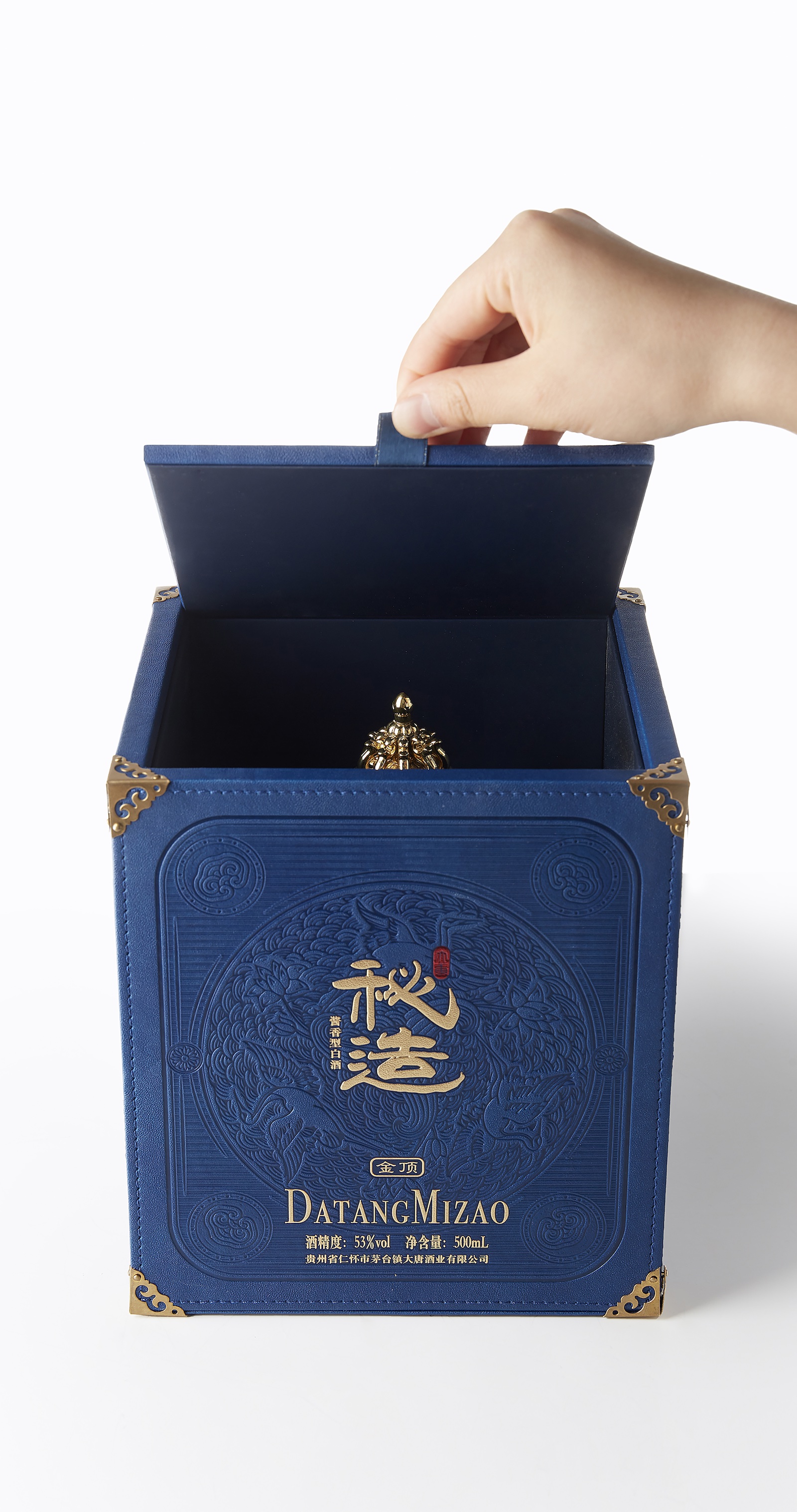 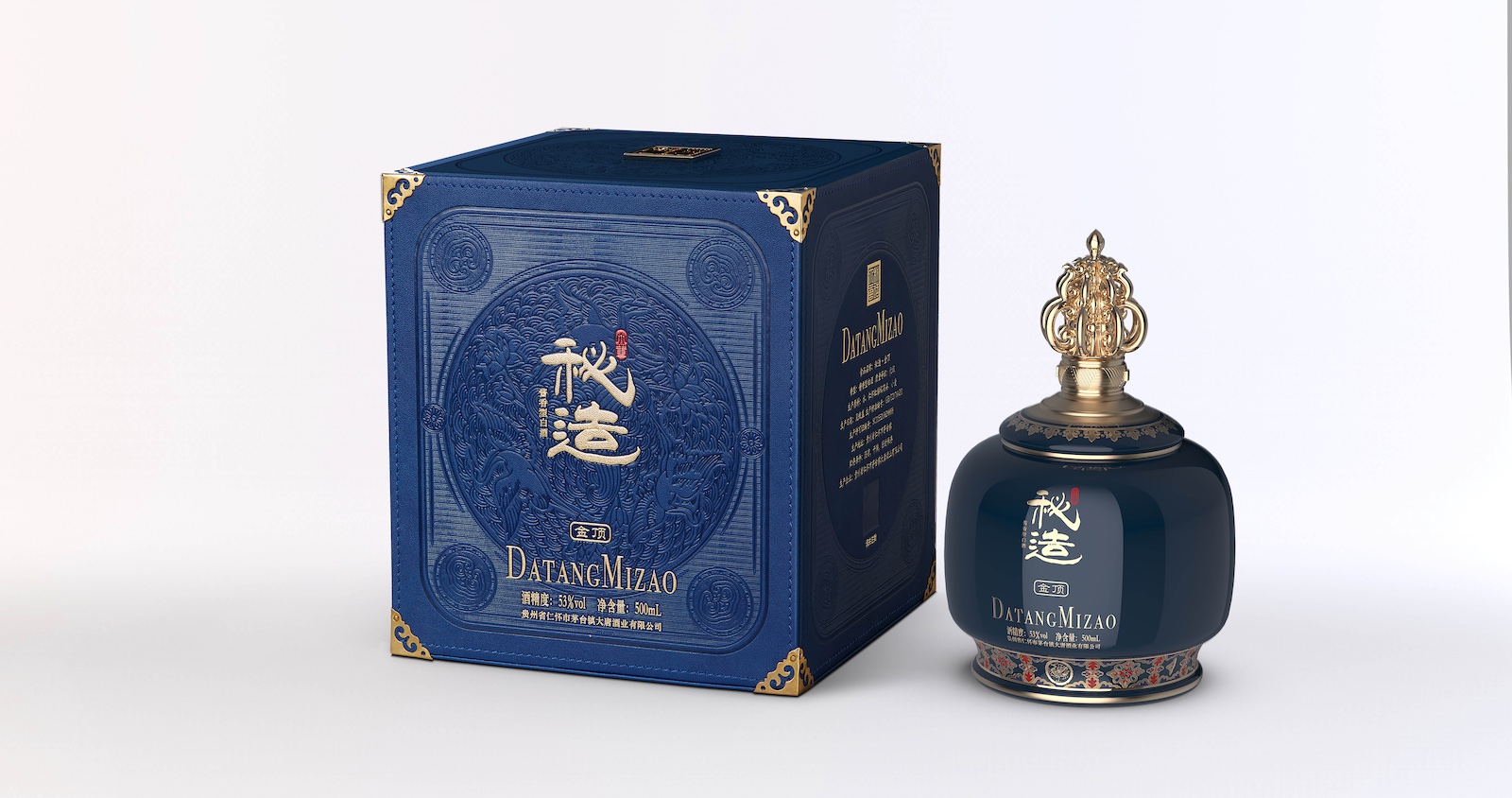 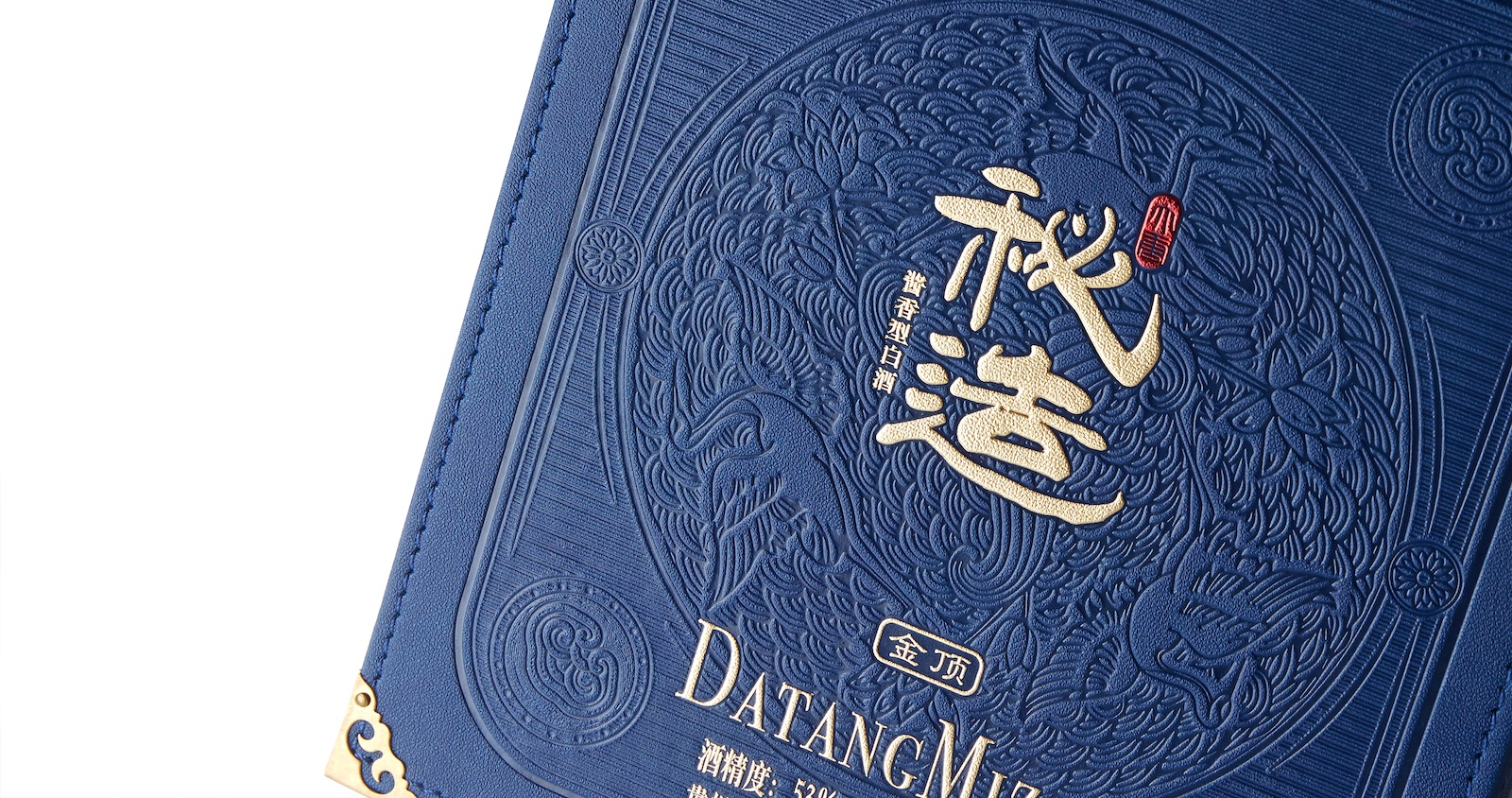 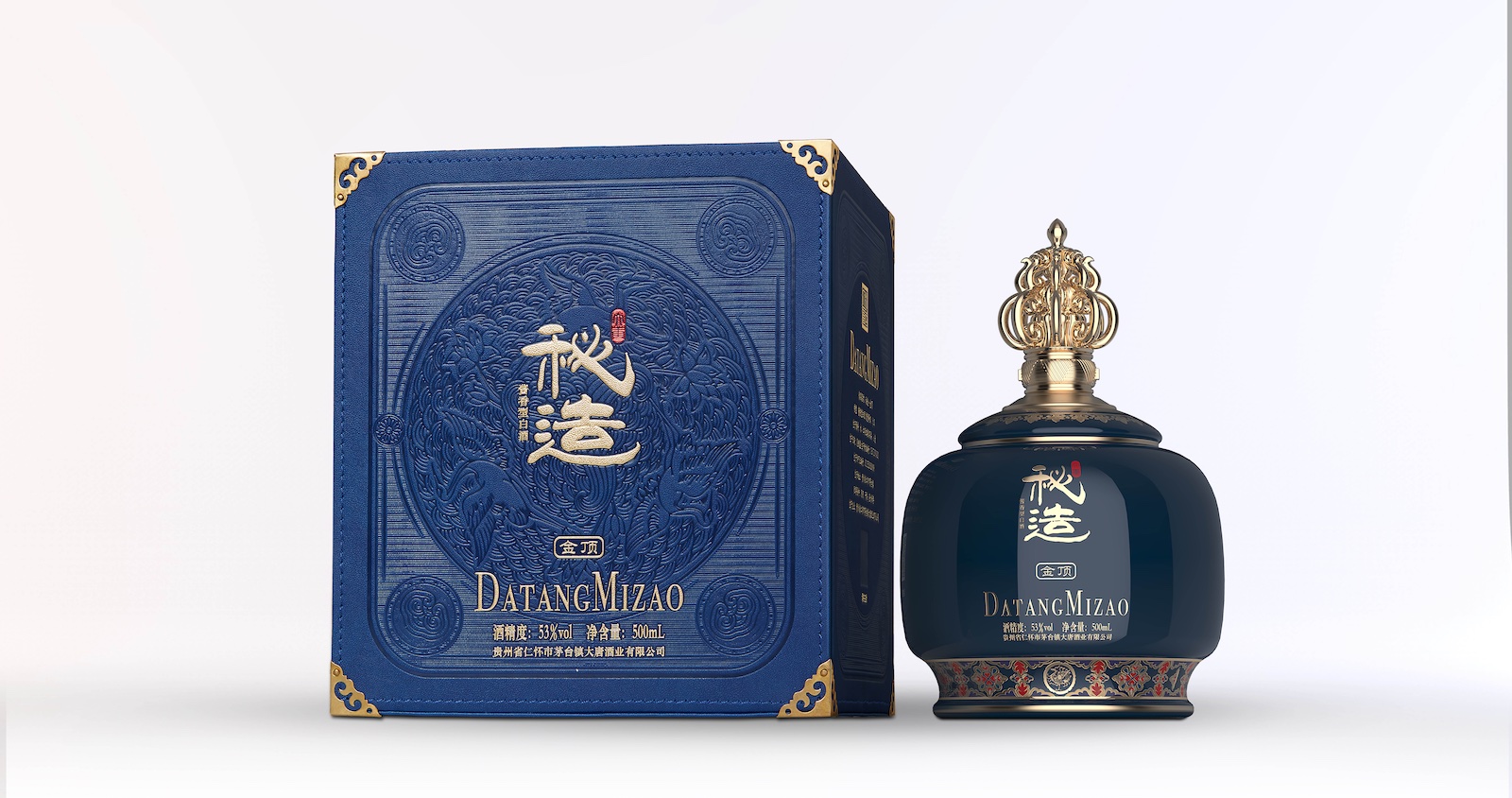 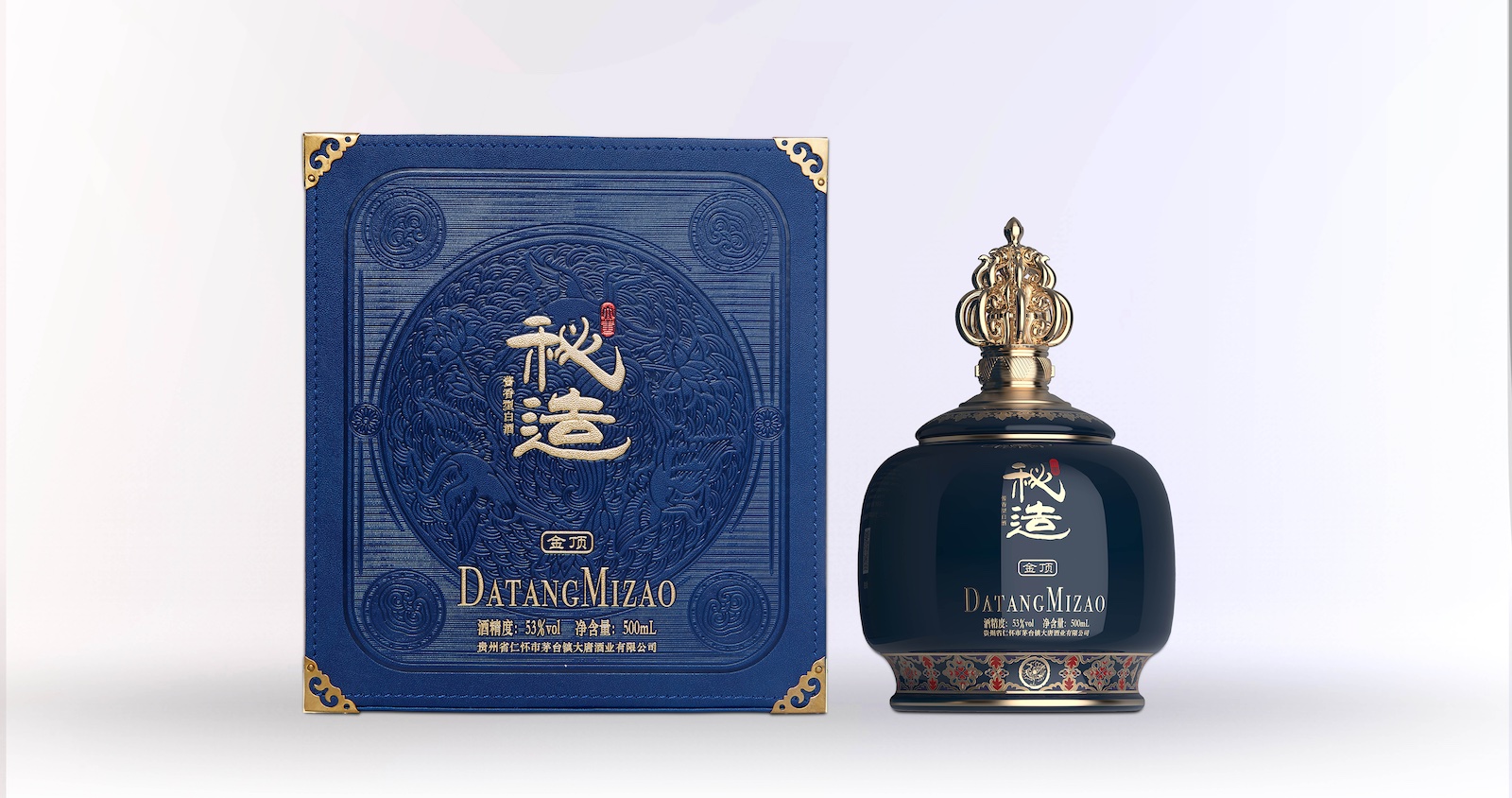 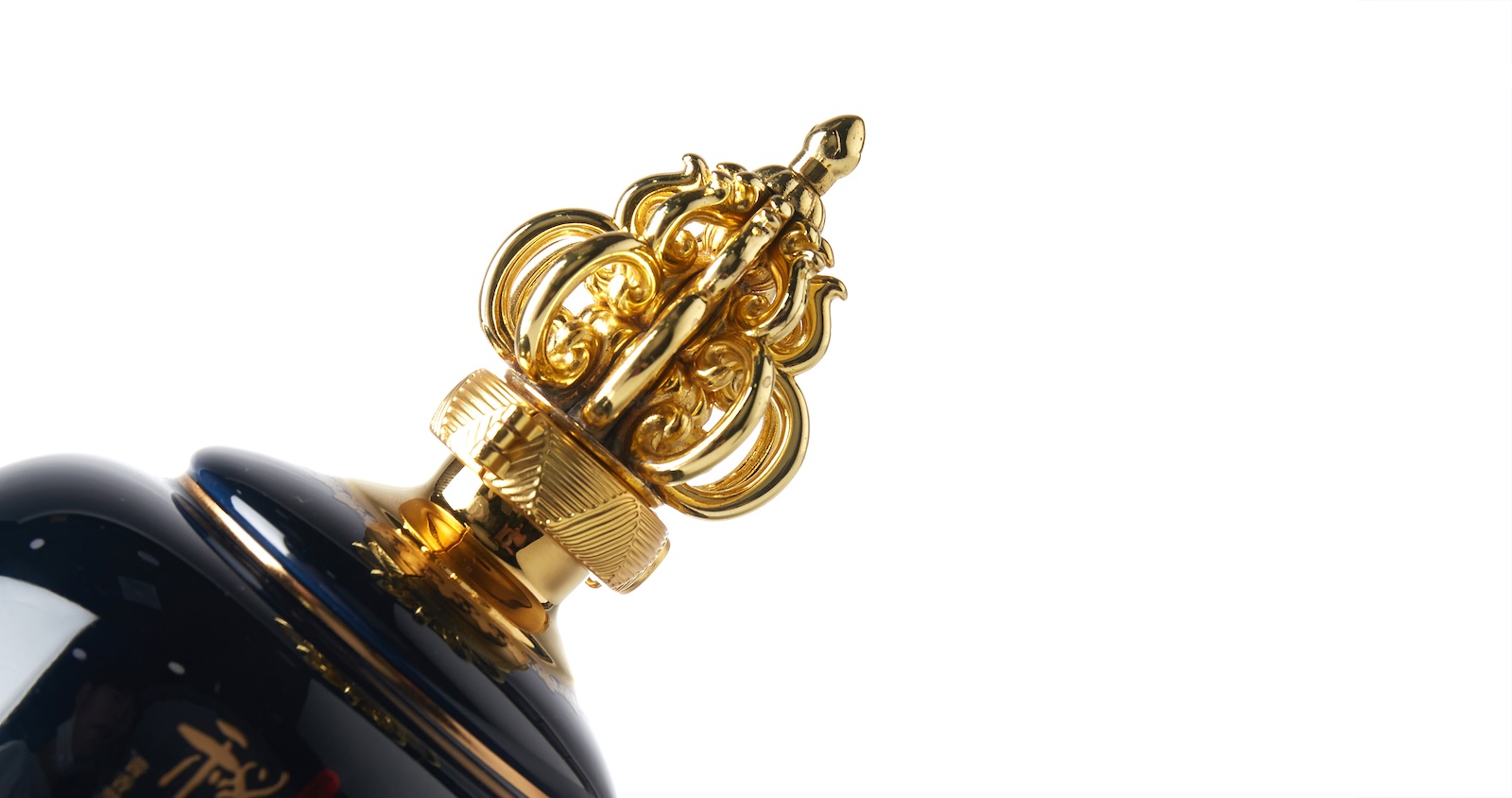 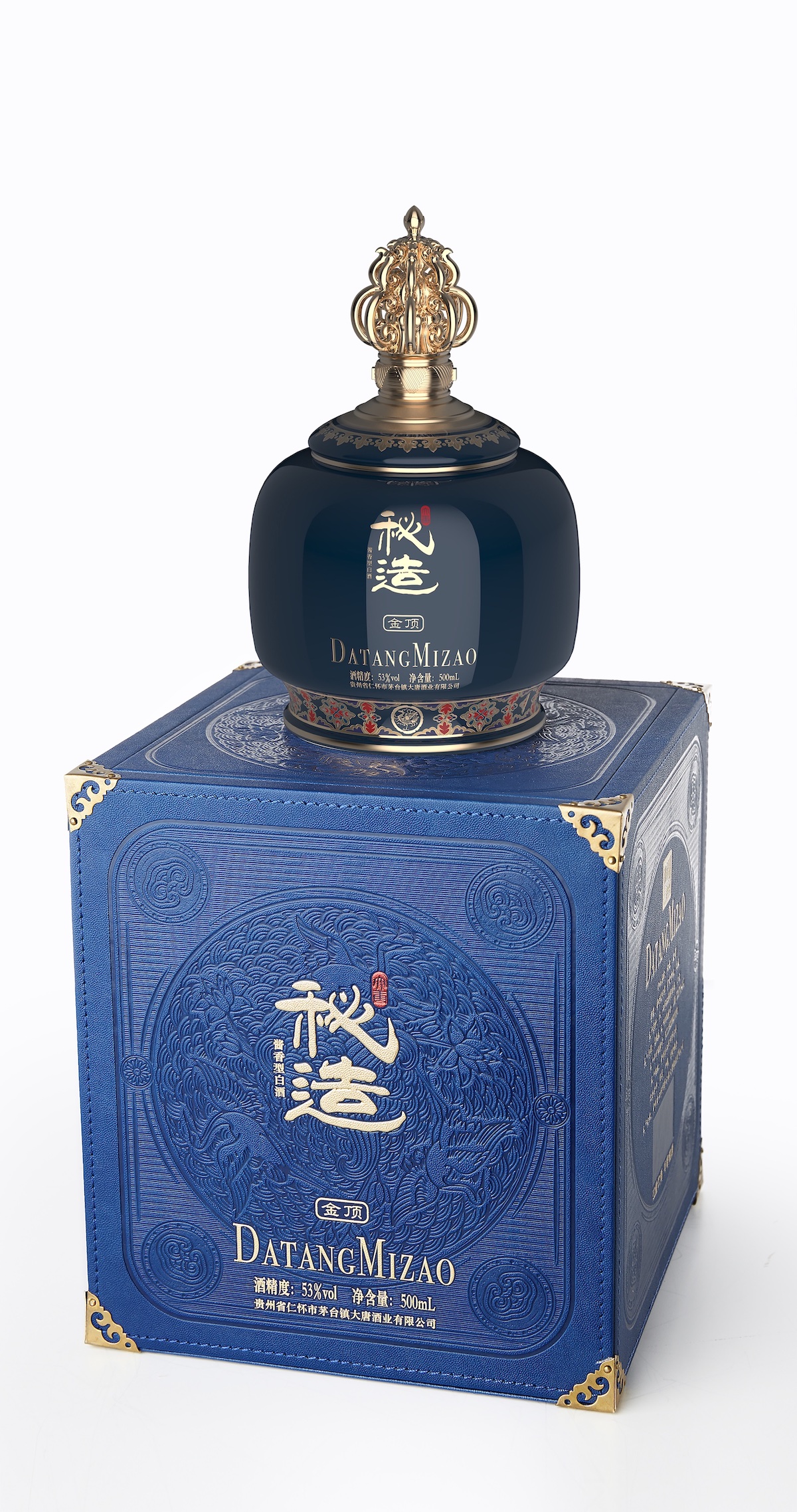 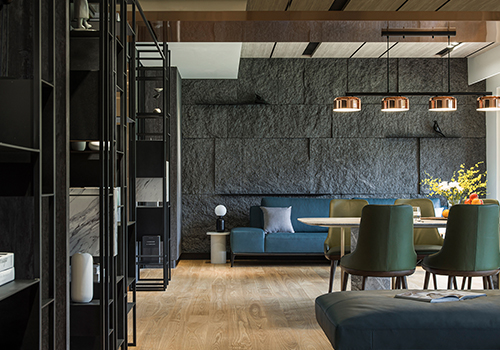 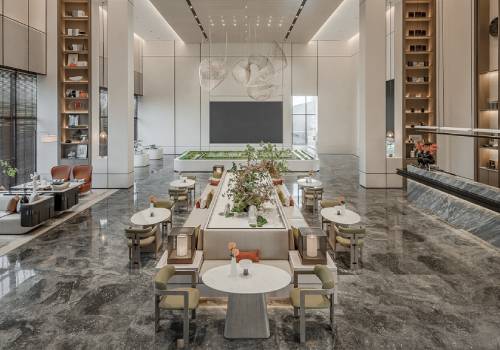 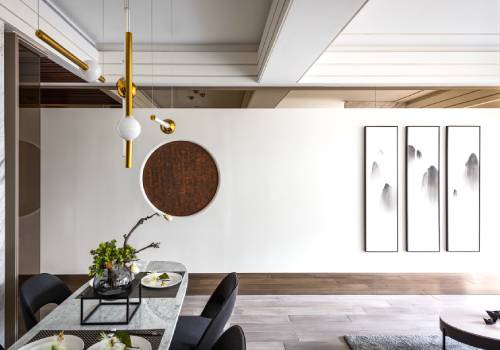 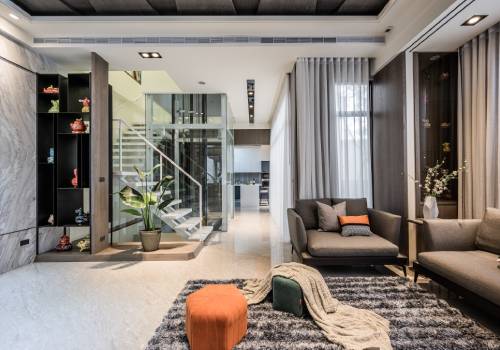